It might look like a bowl of popcorn, but it’s actually the most detailed image ever taken of the sun’s surface. The images come from the National Science Foundation’s (NSF) Daniel K. Inouye Solar Telescope, mounted near the summit of Haleakala, Maui, in Hawaii.

Thanks to this preeminent solar telescope, scientists are now closer than ever to understanding the sun and the space weather that happens on its surface. Space weather can have a significant impact on our planet. “Magnetic eruptions on the sun can impact air travel, disrupt satellite communications and bring down power grids, causing long-lasting blackouts and disabling technologies such as GPS,” explains the press release from the National Solar Observatory.

The images show a pattern of boiling plasma covering the sun’s entire surface. Although each cell-like structure appears small, they’re actually the size of Texas and the result of violent motions transporting heat from the interior of the sun to its surface. 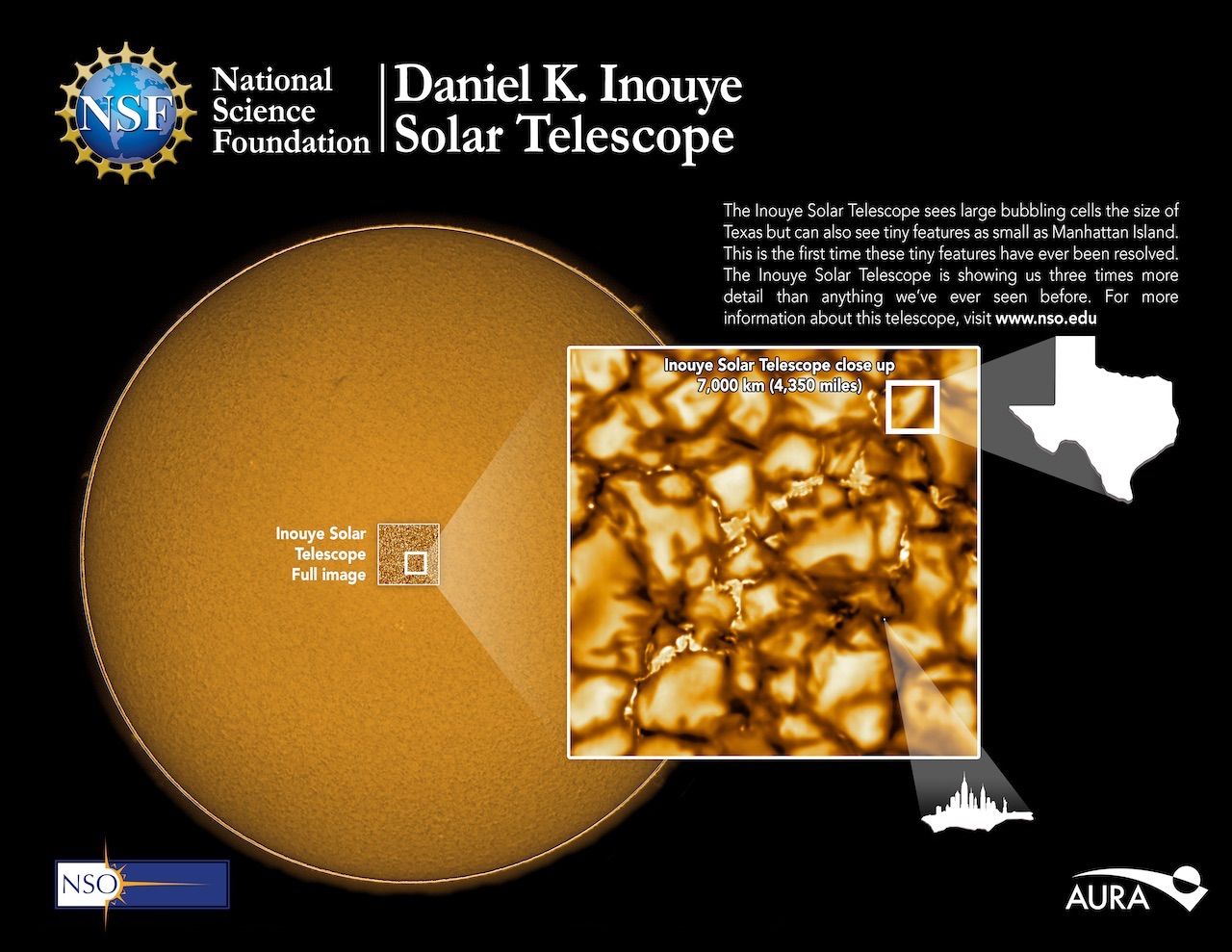 The Daniel K. Inouye Solar Telescope is the largest solar telescope in the world and will be able to provide unbeatable views of the sun’s atmosphere and invaluable understanding of the star that makes life on Earth possible.