Meat and fish are key to many of South Korea’s most popular dishes — especially in the bustling food markets and street stalls. Meat is part of everyday life in a country where it’s estimated that only around 1 percent of the population is vegetarian. Yet vegetarians shouldn’t feel left out. South Korea has one of the healthiest cuisines, in part thanks to all the plant-based options to choose from.

The first principal to sticking to a vegetarian diet in Korea is to always clarify what you do and don’t eat. After all, even most kimchi is made with fish sauce. Stick to these eight dishes, though, and you should be in the clear and more than satisfied. 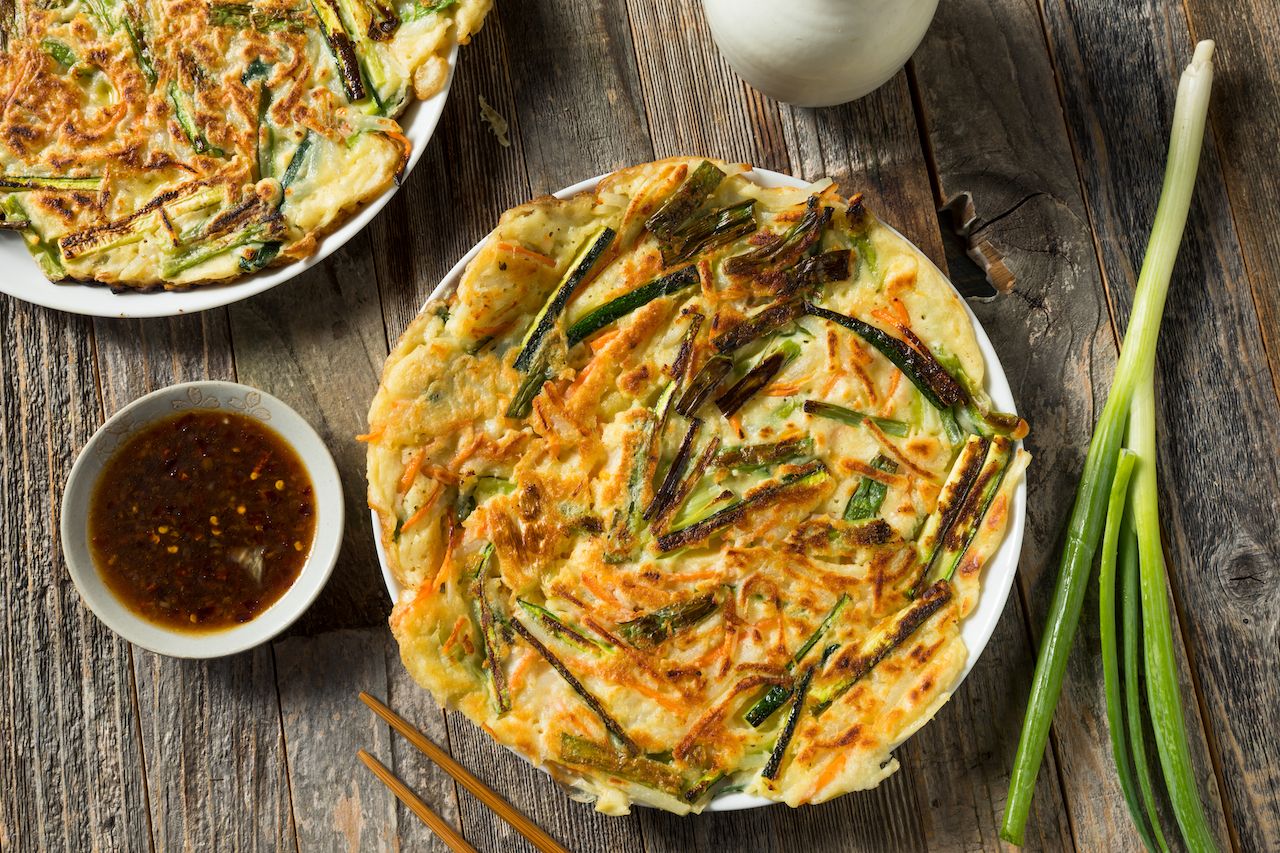 Traditional Korean pancakes are a savory snack. In Korean, jeon means pancake and pa means scallion. Pajeon are flat, salty pancakes made from a batter of eggs and flour that have a nice crunch from scallions and veggies like peppers. Other common ingredients include garlic and cabbage, though there are also pajeon with meat or seafood, so double check your order. Pajeon are served cut into pieces with a soy dipping sauce. 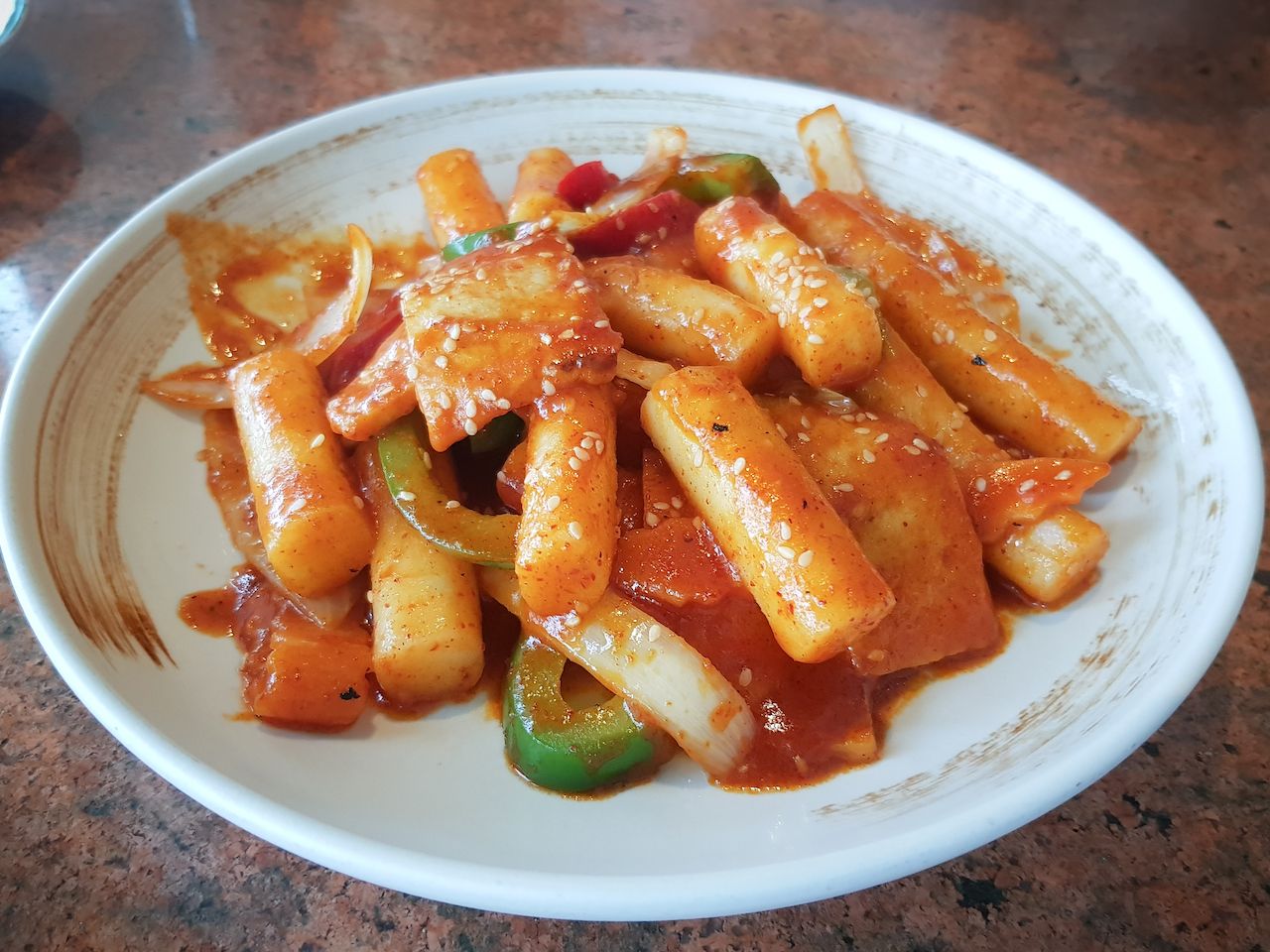 Gireum tteokbokki is a dish made with chewy, finger-sized rice cake links that are stir-fried with chili oil. It’s basically the vegan version of typical tteokbokki, which is cooked in a spicy bright red gochujang (chili paste sauce) that typically uses anchovies. This dish is sometimes served with fish cakes, so be sure to request it without. Gireum tteokbokki can be found at traditional markets and food stalls. 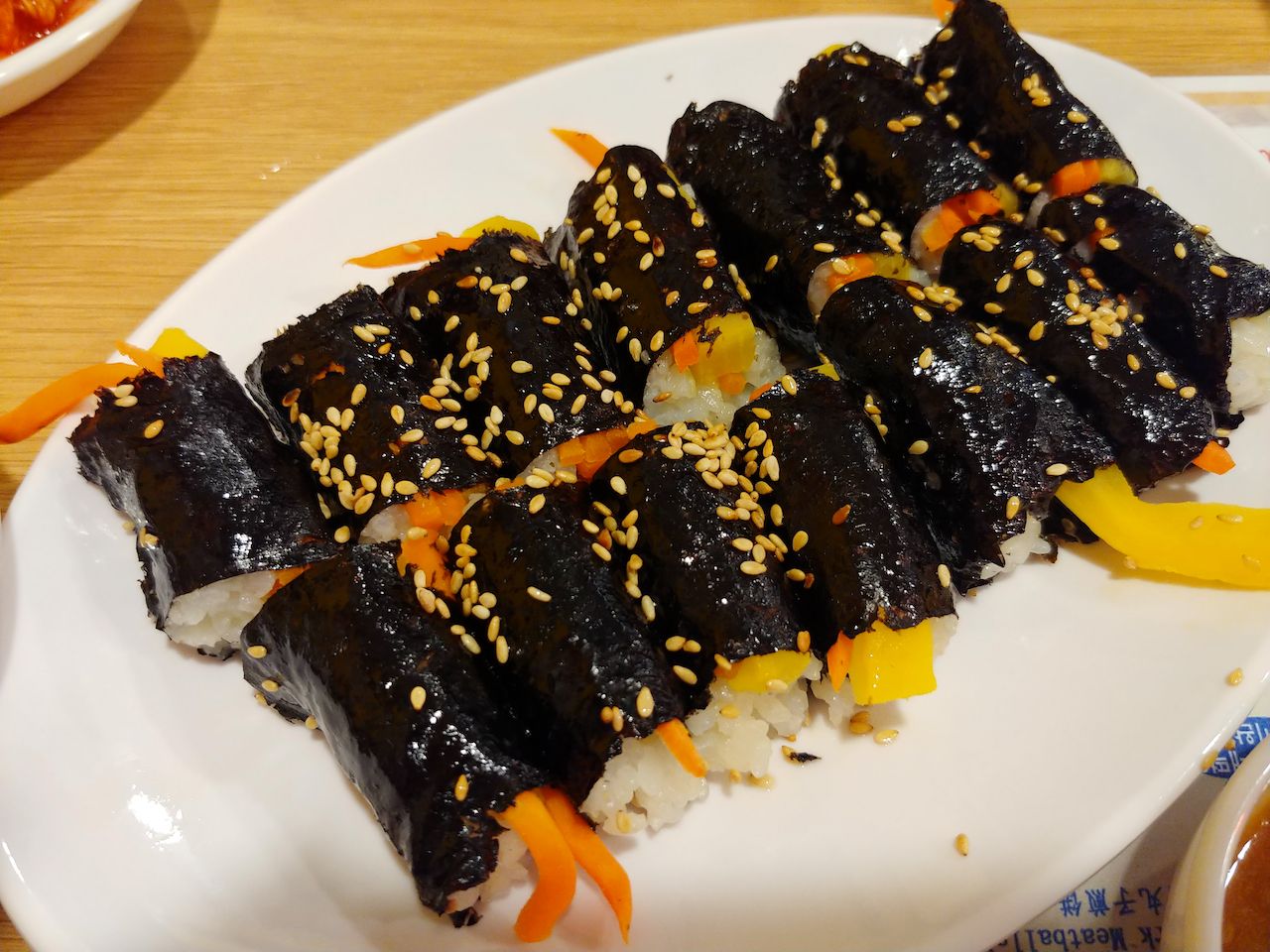 Gimbap is made with gim, which in Korean translates to dried sheets of seaweed (the spelling is also sometimes Anglicized as kim and kimbap). The seaweed is lined with rice and filled with vegetables before being rolled and cut into small pieces that visually resemble sushi. The main ingredients include egg, pickled radish, spinach, carrot, and burdock root. Some rolls may include imitation crab meat, ham, or tuna, but you can easily order this food vegetarian. 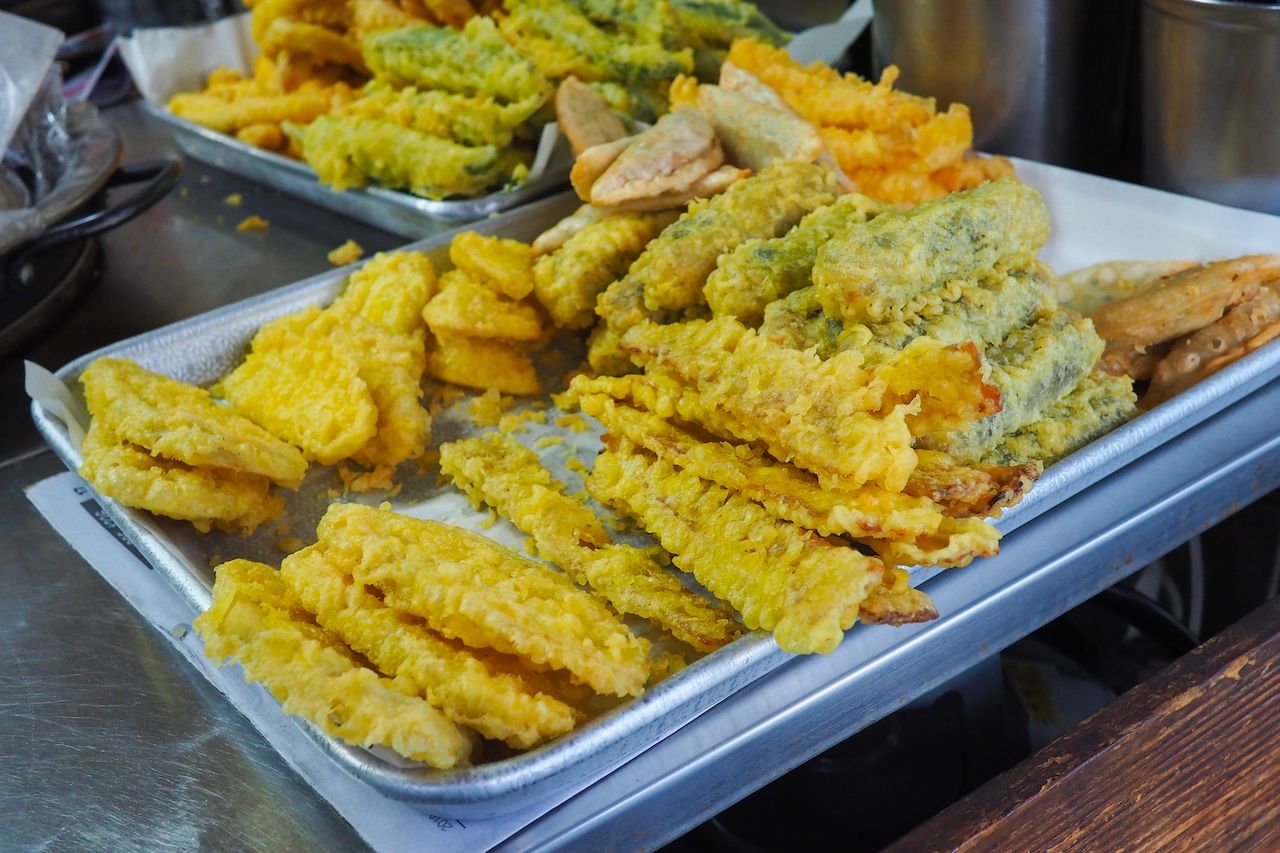 In Korean, yache means vegetable and twigim means fried food. This is basically the Korean version of vegetable tempura. This snack is salty, savory, and greasy — everything street food should be. The variety of deep-fried vegetables includes sweet potatoes, carrots, onions, and peppers. 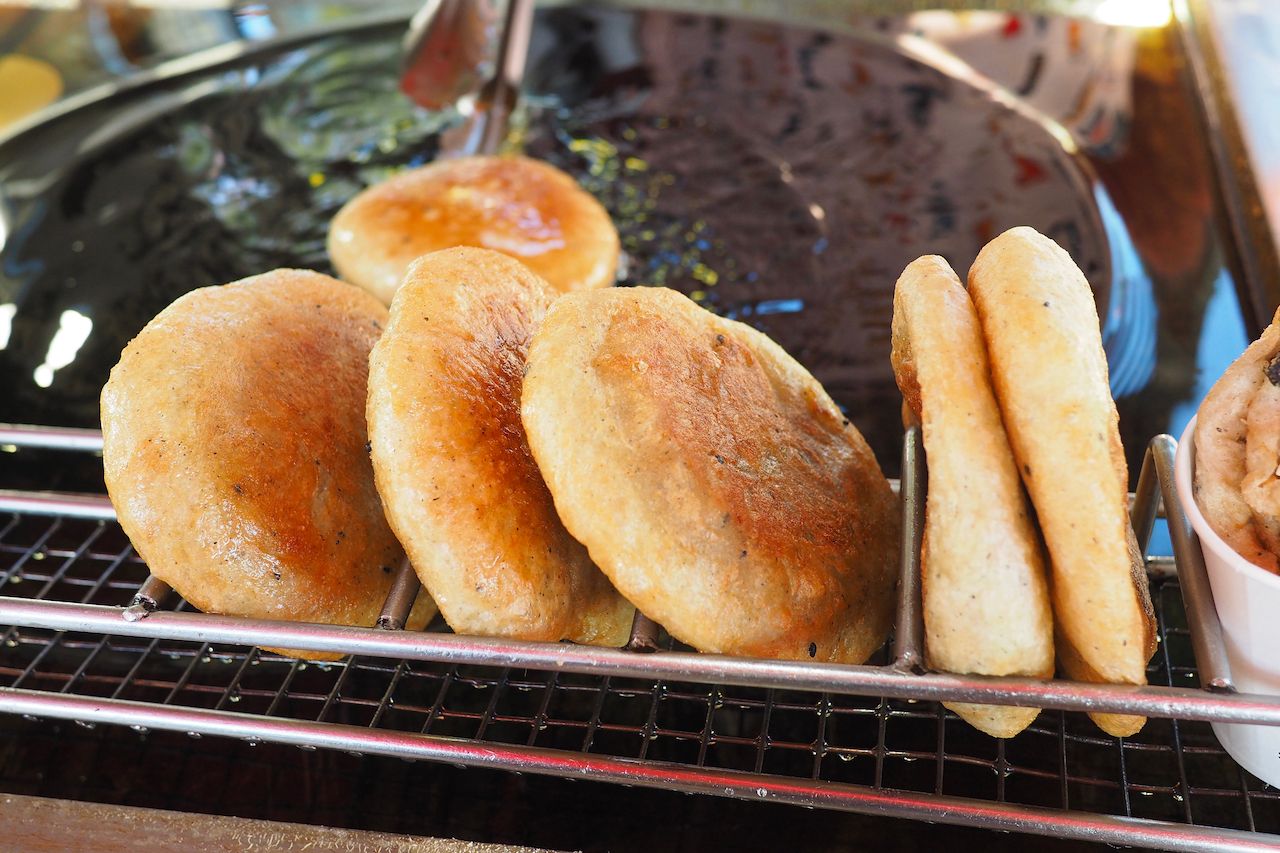 You can smell the sweet nutty aroma of these Korean stuffed doughnuts luring you in from a street away. These tennis-sized dough balls are filled with a mixture of brown sugar, honey, nuts, and cinnamon. Fried on a hot oiled surface, they are then flattened with a round spatula on each side until the outside is a light crispy brown. Be careful with your first bite, as the inside is hot enough to burn your tongue. 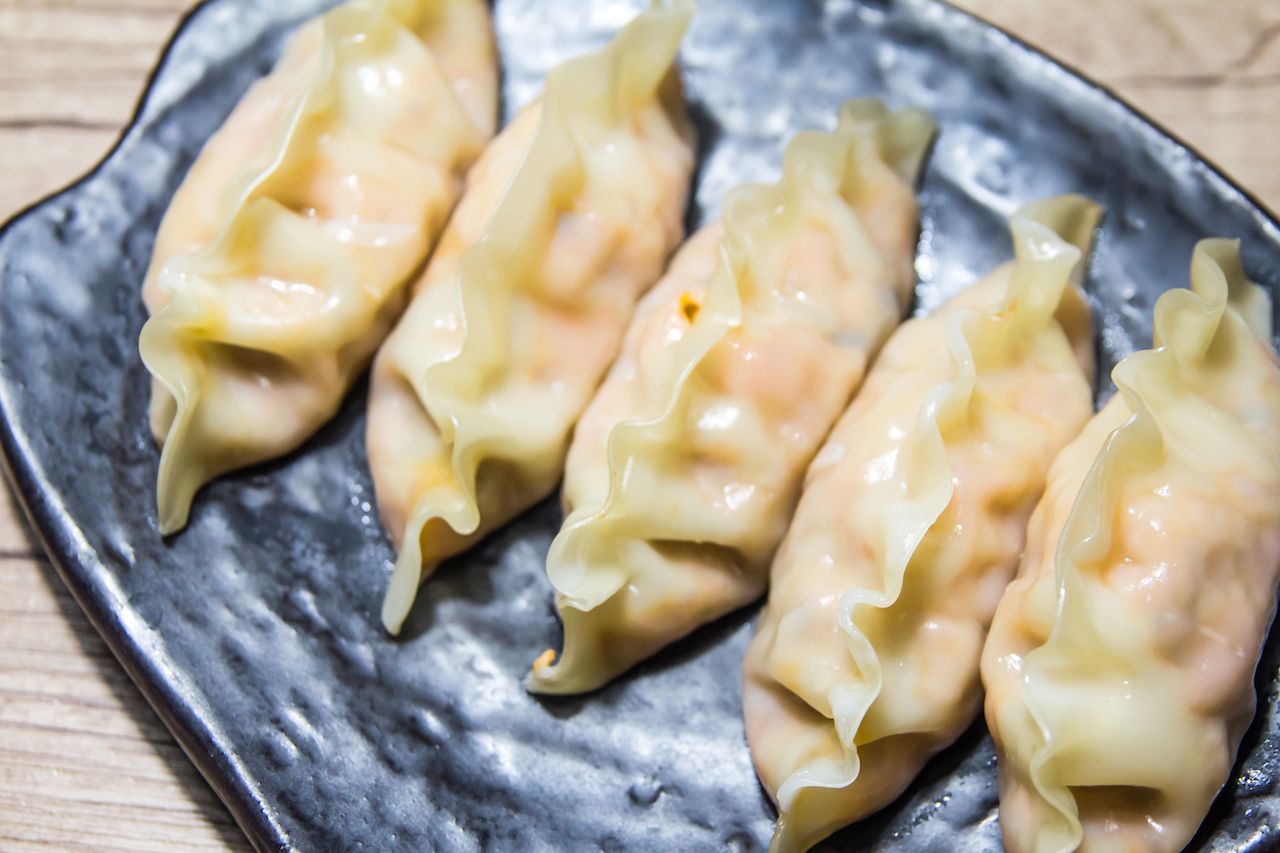 Mandu means dumpling in Korean, and most mandu options in Korea are filled with beef or pork. Veggie-filled steamed dumplings are hard to find, but there are napjak mandu in the city of Daegu. These are flat, pan-fried dumplings filled with Chinese glass noodles and scallions. 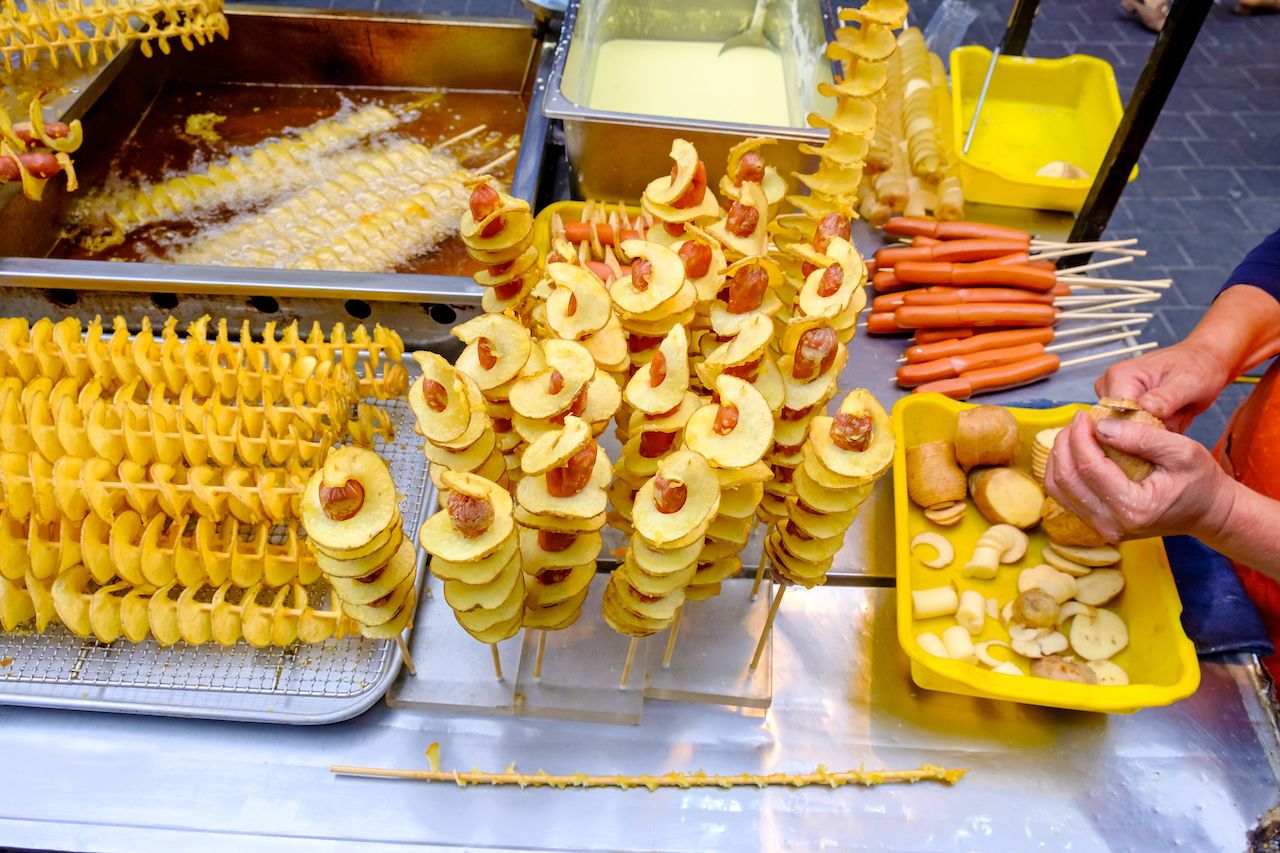 This popular Korean street food is a deep-fried, spiral-cut twisted potato on a stick. Because everything tastes better on a stick, right? This potato snack is usually covered with a cheese powder or honey and is the perfect bite to enjoy as you stroll through a market — just make sure you don’t get the one with a hot dog in the middle. 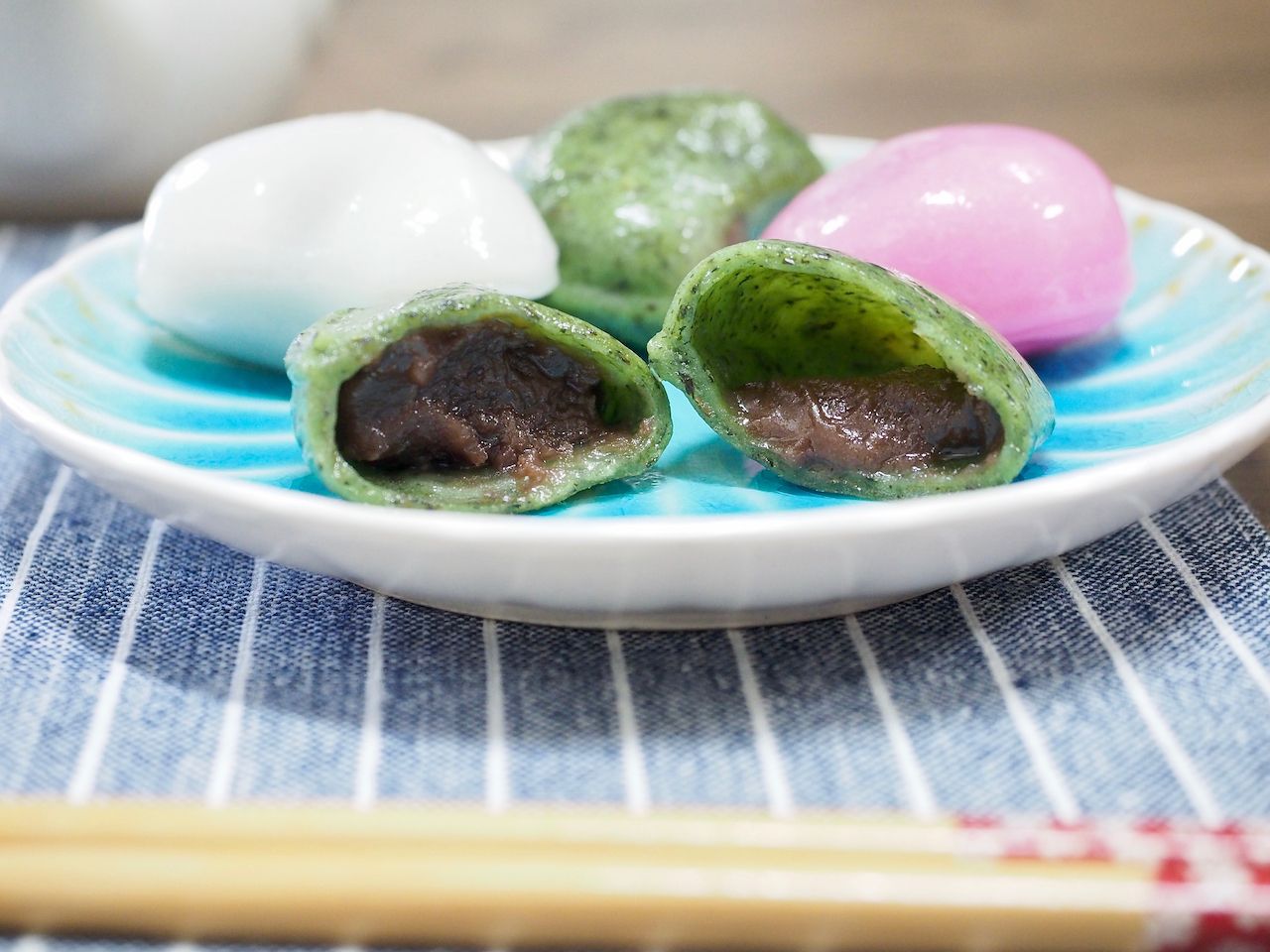 Rice cakes are one of Korea’s favorite baked goods, and there are many varieties. Some rice cakes are made with crispy and sweet puffed rice, while others are soft and chewy with a red bean paste filling. These treats are often given as gifts during holidays and used to express feelings of appreciation to co-workers, friends, neighbors, and family.