Every year, people enter the new year with New Year’s resolutions to eat healthier, lose weight, and finally be in shape when summer rolls around. Then we’re lucky if the first week passes and we haven’t already stuffed our faces with six pounds of leftover Christmas chocolate because salads seem bland. If you can relate, get some inspiration for spicing up your diet with some pretty delicious — and incredibly healthy — dishes from around the world. Sure, you could meal prep with chicken, broccoli, and carrot sticks, or you could indulge in kimchi from South Korea or authentic Israeli falafel, thereby enjoying some flavor and staying healthy at the same time. Here are the countries with the healthiest cuisines in the world. 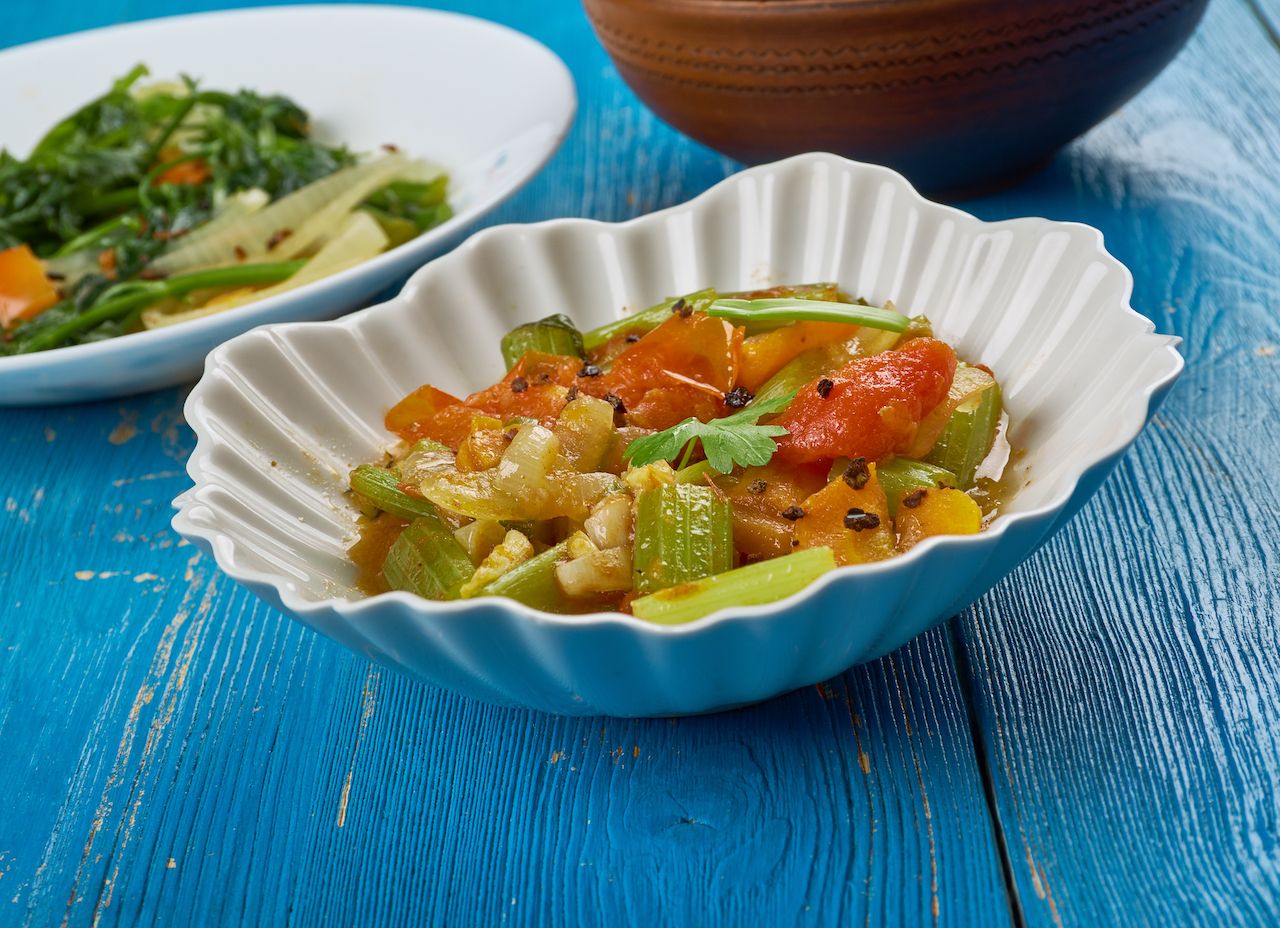 When you think of countries internationally known for their cuisine, Chad might not immediately spring to mind. But it should. Chad is a diverse country with 140 ethnic groups (and a diverse food landscape to match), yet a few dishes are enjoyed throughout. Daraba is a common meat-free dish made with sweet potato and okra. Boule, the country’s national dish, is a thick porridge absolutely packed with vital nutrients. The porridge is prepared with healthy grains like maize, millet, and sorghum, along with ingredients like okra, dried pimento, guava, mangoes, cassava, mutton, goat, and fish — all of which are familiar to healthy eaters and staples of a balanced diet. 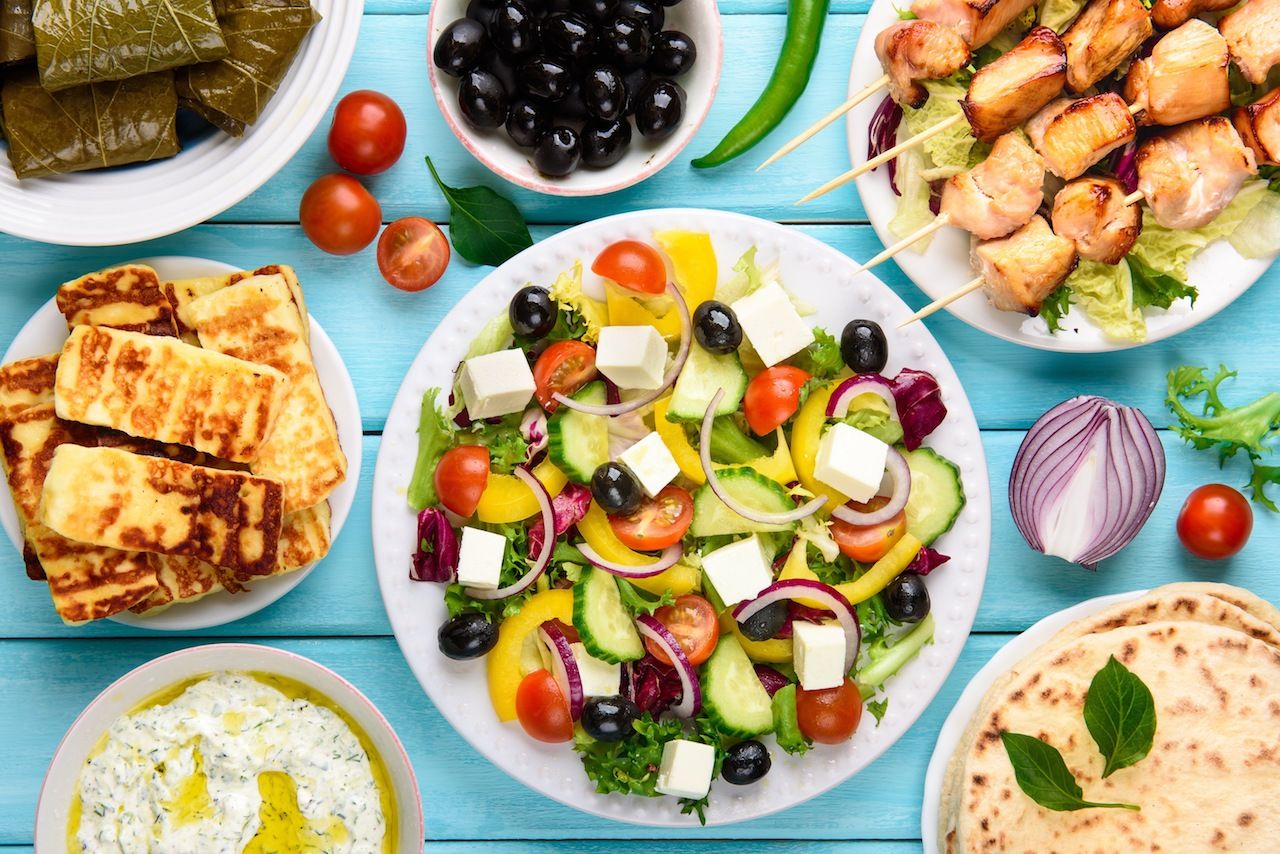 The food from Greece is what you imagine when you think of a healthy Mediterranean diet that’s low in saturated fat and red meat. Healthy eaters worldwide recognize the nutritional value of a Greek-inspired diet, and you can find commercial representations like Greek salads and Greek yogurt in pretty much every grocery store. Traditional dishes are often heavy on the legumes, vegetables, fish, chickpeas, peppers, and sardines. The Greeks don’t forgo red meat altogether but instead consume beef, pork, and lamb in moderation. Just dip that meat in hummus and tzatziki instead of BBQ sauce. 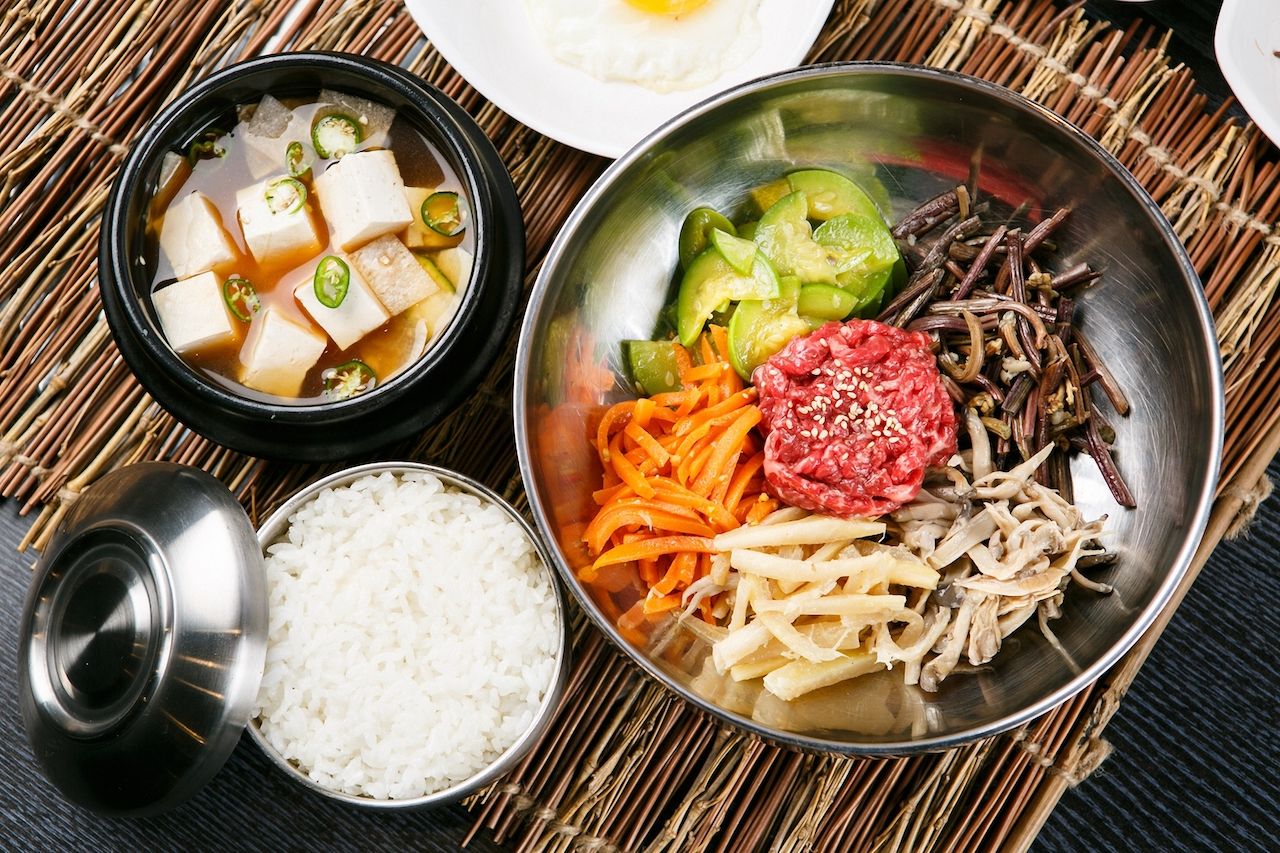 South Korean cuisine is one of the healthiest in the world. Classic dishes are made with kimchi (salted and fermented cabbage and other vegetables), tofu, fish, noodles, and egg. People in the country maintain an incredibly low-fat diet. Consider bibimbap, a bowl of rice topped with greens, chili paste, soy, egg, and meat that’s mixed together just before eating. Meat is served in moderate portions, especially by American standards. On average, South Koreans eat about 16 pounds of beef per year compared to the 67 pounds consumed by the average American. 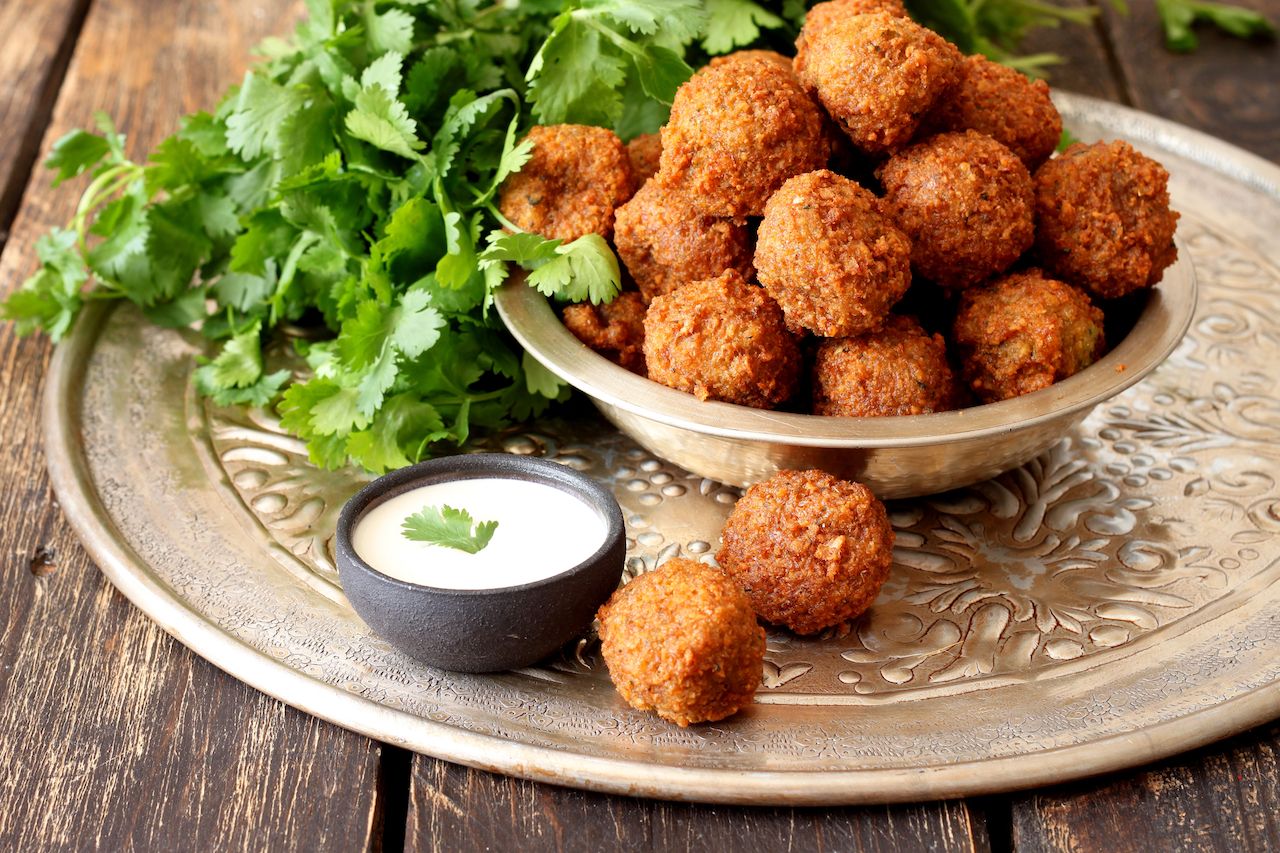 People in Israel have a diet similar to Greek and other Mediterranean cuisines that’s heavy in legumes, eggplant, and olive oil. An Israeli diet is pretty easy to stick to these days as the food is both delicious and practically everywhere. Falafels, for example, can be found at food trucks in pretty much every major city in America and are typically made from chickpeas, parsley, garlic, and spices. Ingredients like tahini are high in vitamins and minerals. The food is heavily inspired by the 13 percent of the country that’s vegetarian — the second highest percentage of vegetarians in the world. 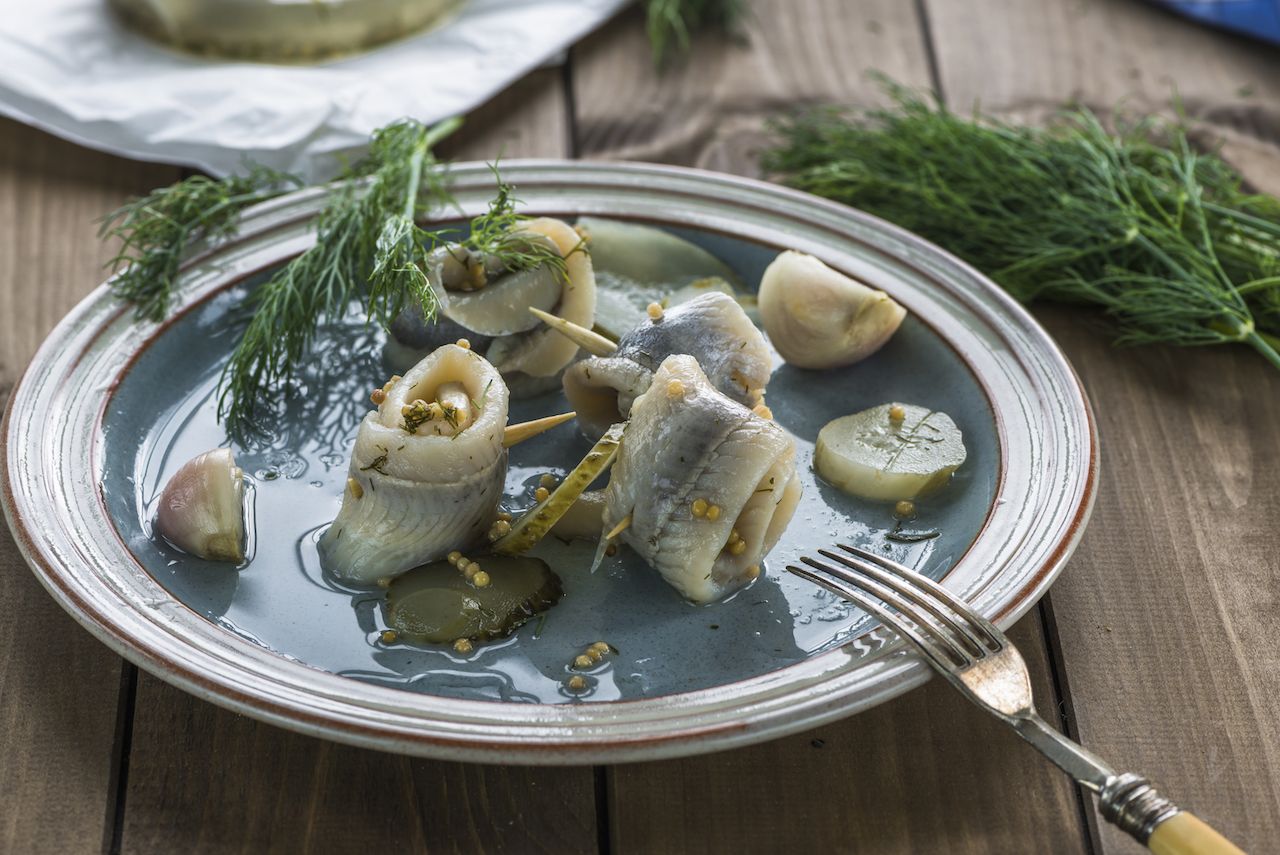 If fruits and vegetables aren’t really your thing, you’ll probably want to give Sweden’s cuisine a try. Unlike many of the other places on this list, Swedish food is fairly light in fruits and vegetables. Instead, dishes generally revolve around fish, bread, berries, and dairy. The Swedish diet is packed with fiber and antioxidants, which go a long way toward burning fat. One of the country’s most iconic dishes is called gubbröra, an egg-anchovy salad served on bread with a name that translates to “old man’s mix.” Pickled herring is a staple of every smorgasbord. Sweden’s obesity rate is only 11 percent, and its average life expectancy is an impressive 81 years. Consider it proof that you don’t need to eat salads every day to be healthy. 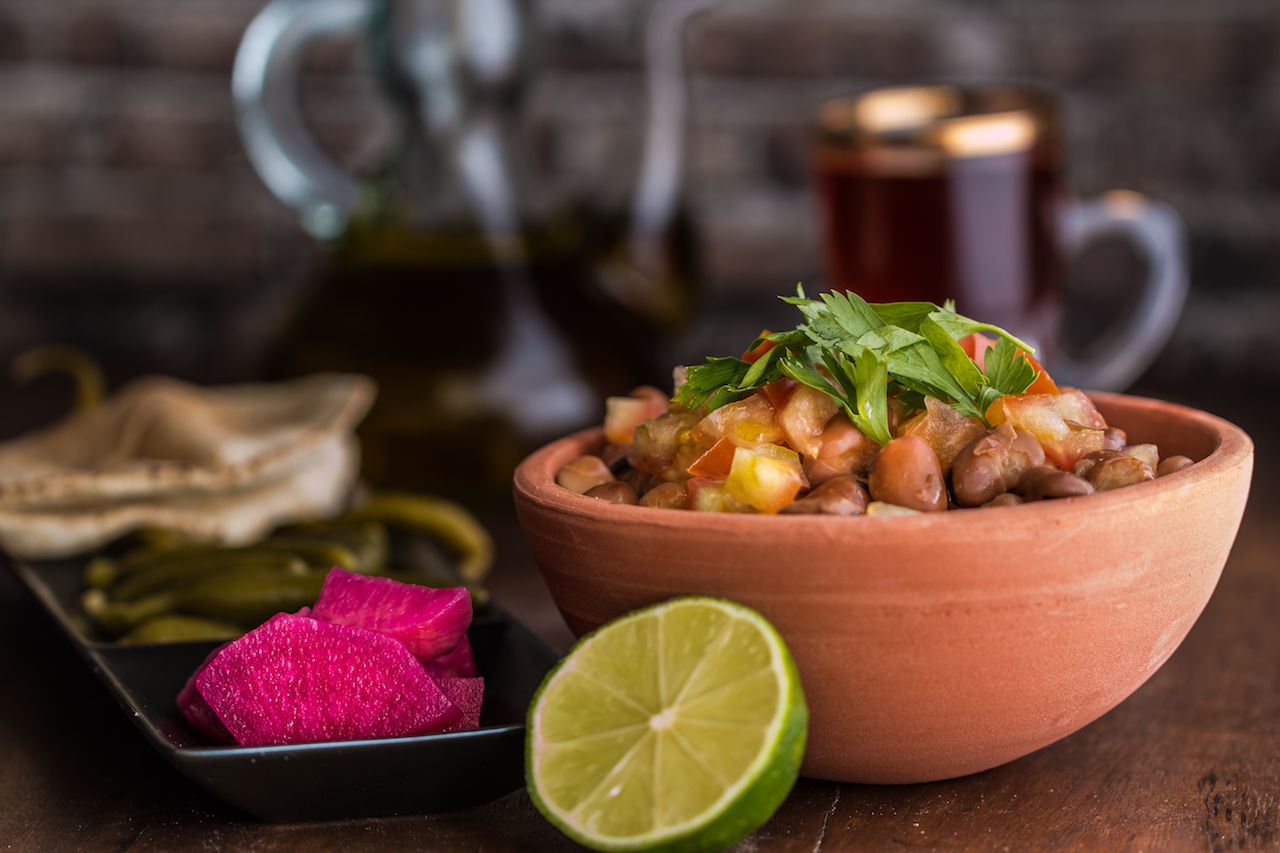 The Mediterranean wins out again. People in Egypt follow a diet similar to the rest of the eastern Mediterranean that’s supplemented by all the food that grows along the Nile River. There’s falafel, rice wrapped in grape leaves, legumes, and moderate portions of meat. There’s no skimping on breakfast here, either. Ful Mudammas is a popular Egyptian breakfast consisting of fava beans, tahini, hard-boiled eggs, and whole grain pita. The beans are rich in fiber, and tahini is full of healthy fat. 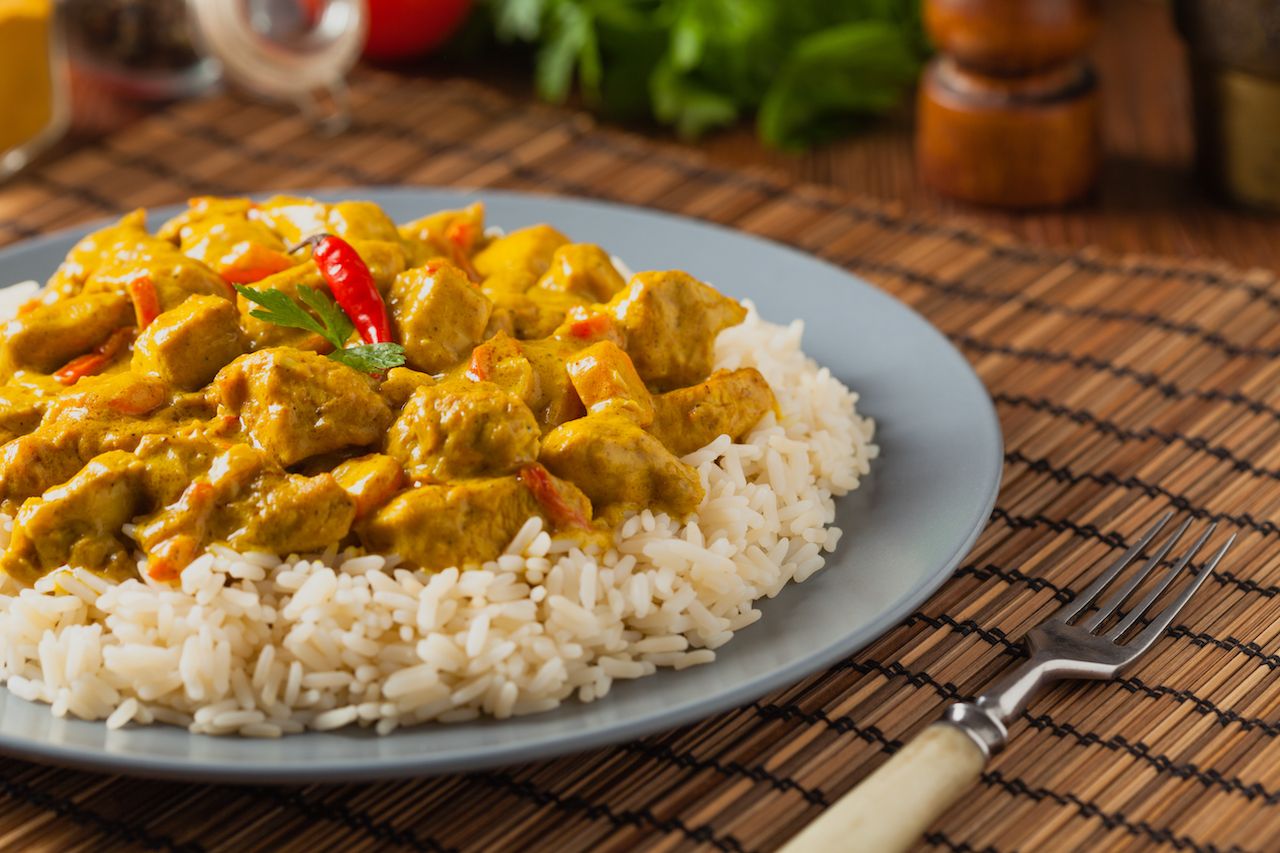 Traditional, authentic dishes from India are some of the healthiest you can find and make. The country has the highest percentage of vegetarians (38 percent) in the world, and many of the meals reflect that. Curries, the English word for meat or vegetables cooked in Indian spices and served with rice or bread, are high in metabolism-boosting spices. And there’s much, much more to Indian curries than chicken tikka masala.

WellnessHow To Eat Healthy While Traveling, According To Three Nutritionists
Tagged
Food + Drink Vegetarian Wellness
What did you think of this story?
Meh
Good
Awesome