By 2027, “social distancing” will hopefully be nothing more than a word from the not-so-fond past. But if you caught the social isolation bug and want a truly distanced vacation five years from now, staying at this hotel in outer space is probably the experience for you. Orbital Assembly has announced that it’ll soon begin construction on the first space hotel by 2026. Voyager Station, the commercial space station that will house the hotel, will be reached by a SpaceX Starship shuttle and is designed to accommodate 280 guests and 112 crew members.

The structure will have artificial gravity to recreate a familiar Earth-like experience and minimize negative effects on the body. Guests will still be able to enjoy the effects of lunar gravity, however, in the gymnasium area, where people can work out, play games, and test out how high they can jump (hint: fives times higher than normal, The Washington Post reports). Guests will also have the opportunity for an epic spacewalk.

Tim Alatorre, the senior design architect at Orbital Assembly, told CNN, “The station rotates, pushing the contents of the station out to the perimeter of the station, much in the way that you can spin a bucket of water — the water pushes out into the bucket and stays in place.” 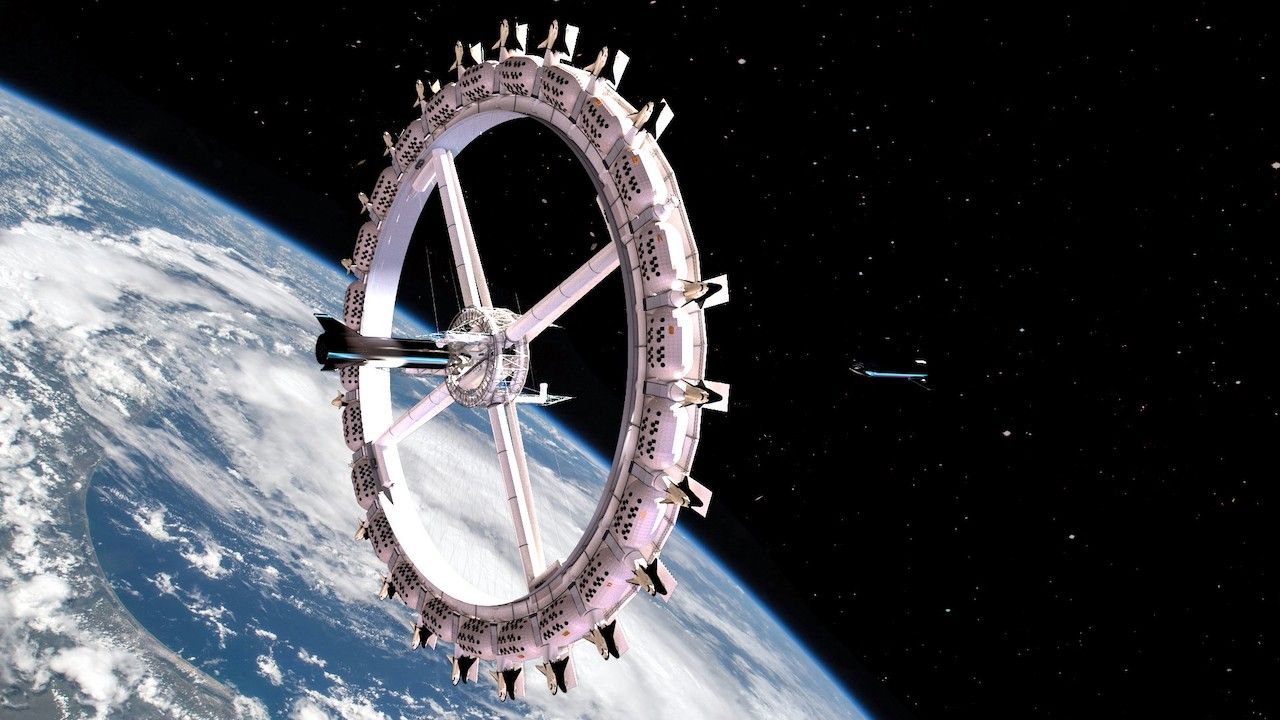 The Voyager Station will also incorporate world-renowned chefs and top entertainment to ensure people have a truly out-of-this-world experience.

John Blincow, chief executive of Orbital Assembly, told the Washington Post, “It’s a historic moment. You’re going to have the top chefs making really, really good food. And when you pay $5 million to go someplace, it’s not going to be burgers and fries.” He also added, “We want to have Sting come up and play, and Beyoncé. There’ll be two shows every night … That’s part of the entertainment package.”

The cost for three-and-a-half days orbiting Earth should cost around $5 million. The goal, however, is to get the price down to something more affordable in the near future.

The first-ever space hotel, AxStation, a commercial space station that doubles as a hotel, is planned to be launched as early as 2024.