Spain is an odd fellow. Where Portugal — its western neighbor — is solidly monolingual save for a handful of remote villages, and France’s once-thriving linguistic landscape has all but faded into oblivion, Spain treasures an impressively vibrant language diversity.

Today, two in ten Spaniards speak a language other than Spanish at home. Quite an accomplishment keeping in mind that, from 1939 to 1975, the military dictatorship led by General Franco banned languages like Galician, Basque, Asturian, or Catalan. The country underwent a crackdown on linguistic diversity so severe that people were forced to legally change their first and last names to their Castilian language equivalent. During those years, informal teaching networks sprouted in places like Catalonia or the Basque countries to keep literacy in Catalan and Euskara alive.

Fear not, this is not to say that your high-school level Spanish won’t get you a long way during your visit, as almost 99 percent of Spaniards can speak Spanish. But you’d be well advised to get acquainted with the languages of Spain before you visit.

Marcos Bartolomé has lived in Barcelona for less than two years. However, he is already a fluent Catalan speaker as he taught himself the language before moving to Catalonia through music lyrics and the Catalan public broadcaster’s satirical TV shows. As a native Asturian, he is an ardent champion of linguistic minorities. He has conducted research on the Moroccan project to revitalize the Tamazight language at Georgetown University, where he graduated with a Master’s in Arab Studies, and has been a Spanish teacher at a public high school on the French East African island of Mayotte. He is acquainted with seven languages and is at his most polyglot after a couple of vermouths.

How many languages are spoken in Spain in total? 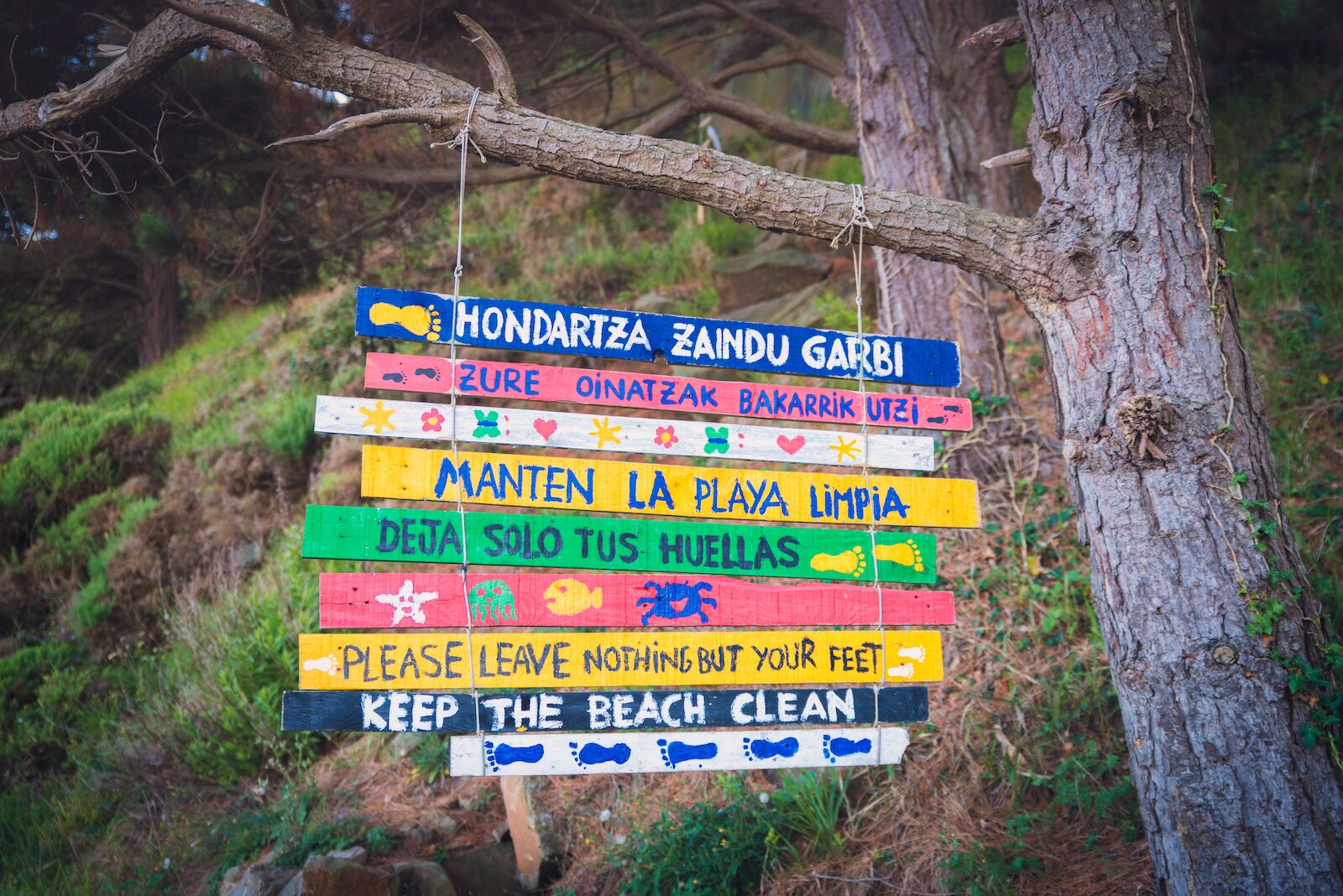 Trying to estimate the number of languages spoken in Spain can easily land you in dire straits. Around the time the Iberian Kingdom joined the European Union in 1986, the economic bonanza led cities like Barcelona, Alicante, or Madrid to turn into international hubs.

As more and more migrants from Latin America, Europe, and Africa relocated to Spain in quest of economic prosperity or mild winters, the country became a Tower of Babel in its own right, with dozens and dozens of languages adding to the ones that had been spoken in the country until then. Resort towns by the seaside often have their own radio station in English or German, as Spain is home to hundreds of thousands of English and German retired foreign nationals. The same holds true for Chinese, Romanian or Bulgarian nationals, whose languages can easily be heard across the country. Hence, today’s linguistic diversity in Spain is no longer confined to its indigenous tongues.

Then, how to start counting the languages spoken in the country? Looking at the languages that enjoy an official status is a good starting point.

What are the official languages in Spain?

All but one of these five official languages evolved from Vulgar Latin, which makes them close relatives and fairly easy to learn for anyone who already speaks a Romance language, such as French, Italian, and Portuguese. Make no mistake, though: As much as these languages might resemble Castilian Spanish, they didn’t evolve from it. Galician, for instance, was one with Portuguese during Medieval times before they parted ways and became distinct languages. Basque, however, is an outlier. Often referred to as “the oldest living language in Europe”, Euskara is officially a language isolate, a one-of-a-kind speech unrelated to any other. Its origins are to this day shrouded in mystery.

Which of Spain’s languages could soon obtain official status?

Unfortunately, not all of Spain’s indigenous languages enjoy the same political recognition. In the lush, mountainous northernmost tip of Spain, many Asturians are fighting for their language to become the country’s sixth officially recognized language. Ironically, the Asturian tongue has been officially recognized as far from its cradle as Portugal. In 1999, the national Parliament passed a law to protect the linguistic rights of the inhabitants of Miranda do Douro — where a handful of thousands still speak Asturian (locally dubbed mirandés). In Aragon, just south of the Pyrenees, a similar — if less heated — campaign around official recognition is taking place. There, Aragonese too is enjoying a revival.

Both Asturian and Aragonese are Romance languages born a thousand years ago at roughly the same time as Spanish, Catalan, and Galician-Portuguese. Although the constitutions of Asturias and Aragon feature provisions mandating the promotion of their respective languages, both texts fall short of granting them official status alongside Castilian Spanish. Activists are urging politicians to implement provisions so these languages make strides into the education system, the media, and the administration. Otherwise, they fear, Asturian and Aragonese might simply die out. After all, a language spoken by less than a million people and with a scarce internet presence has no fighting chance against Spanish, a global speech spoken by more than 500 million.

Which languages in Spain are far from official recognition?

If Asturian and Aragonese are at a sink-or-swim moment, three other Spanish languages face an even bleaker legal situation. They are Caló, Darija, and Tarifit.

These three languages have a common trait, they are not protected under the European Charter for Minority Languages, hence can be considered neglected by the Spanish state. Unlike Asturian and Aragonese, none of Spain’s 19 regional Constitutions ever mentions them. In the case of Caló, the discrimination is glaring. As the Roma people have traditionally been on the move, no region has claimed this language as its own. Additionally, this community has undergone centuries of institutionalized racial oppression to our day, which leaves speakers to their own devices. In the case of Darija and Tarifit, rather than being considered traditional Spanish languages, their presence on national soil is casted as the result of migration.

LanguagesFollow This Guide To Catalan To Better Navigate Barcelona Like a Local
Tagged
Languages Spain
What did you think of this story?
Meh
Good
Awesome