If the three Spanish regions where the Catalan language is spoken suddenly became independent from Spain, the resulting country would instantly turn into one of the world’s top-10 tourist destinations. In 2019, almost 43 million international travelers made it to the Mediterranean-washed shores of Catalonia, the Valencian Region, and the Balearic Islands. A figure on par with the entire population of Spain.

Yet, despite Catalan-speaking Spain’s whooping popularity, many visitors remain blissfully unaware of its millenary linguistic heritage. Worse, it is not uncommon for tourists to mistake Catalan as a dialect of Spanish (in fact, it derives directly from Vulgar Latin). And while it is true that Spanish is universally spoken and English will take you a long way, even a clumsy “bon dia” — good morning in Catalan — will have everyone nodding appreciatively. This traveler’s guide to the Catalan language is all you need to venture off the beaten tracks of La Rambla and Sagrada Família and into the locals’ hearts.

Marcos Bartolomé has lived in Barcelona for less than two years but he is often mistaken as a native Catalan speaker. “Is menorquí [a dialect of Catalan] your mother tongue?”, asked his examiner after he completed the oral exam declaring him officially proficient. He taught himself the language before moving to Catalonia through music lyrics and the Catalan public broadcaster’s satirical TV shows. As a native Asturian, he is an ardent champion of linguistic minorities and speaks seven languages himself. He has conducted research on the Moroccan project to revitalize the Tamazight language at Georgetown University, where he graduated with a Master’s in Arab Studies, and has been a Spanish teacher at a public high school on the French East African island of Mayotte.

Where is the Catalan language spoken?

Contrary to what its name suggests, Catalan is by no means confined to Catalonia, whose constitution grants it the status of “native language.” So does the Valencian Region — under the label of valencià (Valencian) — and the Balearic Islands, where the distinct local varieties of the Catalan language are named after each island: mallorquí (Mallorca), menorquí (Menorca), and so forth. Across these regions, Catalan has a prominent — yet uneven — presence in school, everyday life, and the media alongside Castilian Spanish. Pockets of the Catalonia-adjacent region of Aragon are also Catalan-speaking.

All in all, more than one in ten Spaniards speaks a variety of Catalan at home, an impressive figure given Spanish dictator Francisco Franco’s almost four-decade-long war on linguistic diversity in the country.

Yet, this is only half of the story. Owing to the Mediterranean expansion of the Kingdom of Aragon in the Middle Ages, to this day Catalan is spoken in places as far from the language’s cradle as the city of Alghero (L’Alguer, in Catalan) on the Italian island of Sardinia. Catalan can also regularly be heard in New York’s UN General Assembly, or the Eurovision, as it is the only official language of the Principality of Andorra, a microstate sandwiched between Spain and France. Lastly, around five percent of France’s Pyrénées-Orientales – which before 1659 belonged to the Crown of Aragon — are also Catalan-speaking.

Just like any other language, Catalan reflects the stories of its speakers. As most of the Iberian Peninsula was for centuries under Arab control, modern-day Catalan is rich in Arabic loan words. On the island of Menorca, ruled by the British for almost a century until 1802, people still use (catalanized) English words like “xoc” (chalk) or “escrú” (screw).

The different types of Catalan

The Catalan language is split into two groups of dialects: Eastern and Western Catalan. The first meridian east roughly marks the border between both. Eastern Catalan provides the basis for standard Catalan.

Apart from this official division, Catalan speakers also refer to other varieties:

Which language is Catalan closest to?

Catalan’s closest living language is Occitan, spoken in Catalonia’s Val d’Aran, Southern France, Monaco, and some valleys in Italy. Together, Catalan and Occitan form the Occitano-Romance language group. Catalan is also closely related to French and Spanish and, more distantly so, to all Romance languages, such as Romanian.

Catalan vs. Spanish: The Catalan alphabet

Catalan and Spanish use the same alphabet save for the Spanish “ñ”, which is to say that the English and the Catalan alphabets are the same.

Phonetically speaking, Catalan lies somewhere between Spanish and French. For instance, while the language features the rolled “r” found across Spain and Latin America rather than the raspy French “r”, it lacks the characteristic “th” as well as the strong “kh”, two sounds Castilian Spanish is known for.

Catalan has two types of accents: obert (à, è, ò) and tancat (é, í, ó, ú). While the grave accent opens the vowel, the acute one closes it. Whenever a word has an accent, that’s where the stress will fall. If there are no accents, your best chance to get the word right is to place the stress in the second-to-last syllable.

How to say “thank you”, “good afternoon”, “hello”, etc. in the Catalan language?

Catalan words, sentences, and phrases to help you eat and drink to your heart’s content 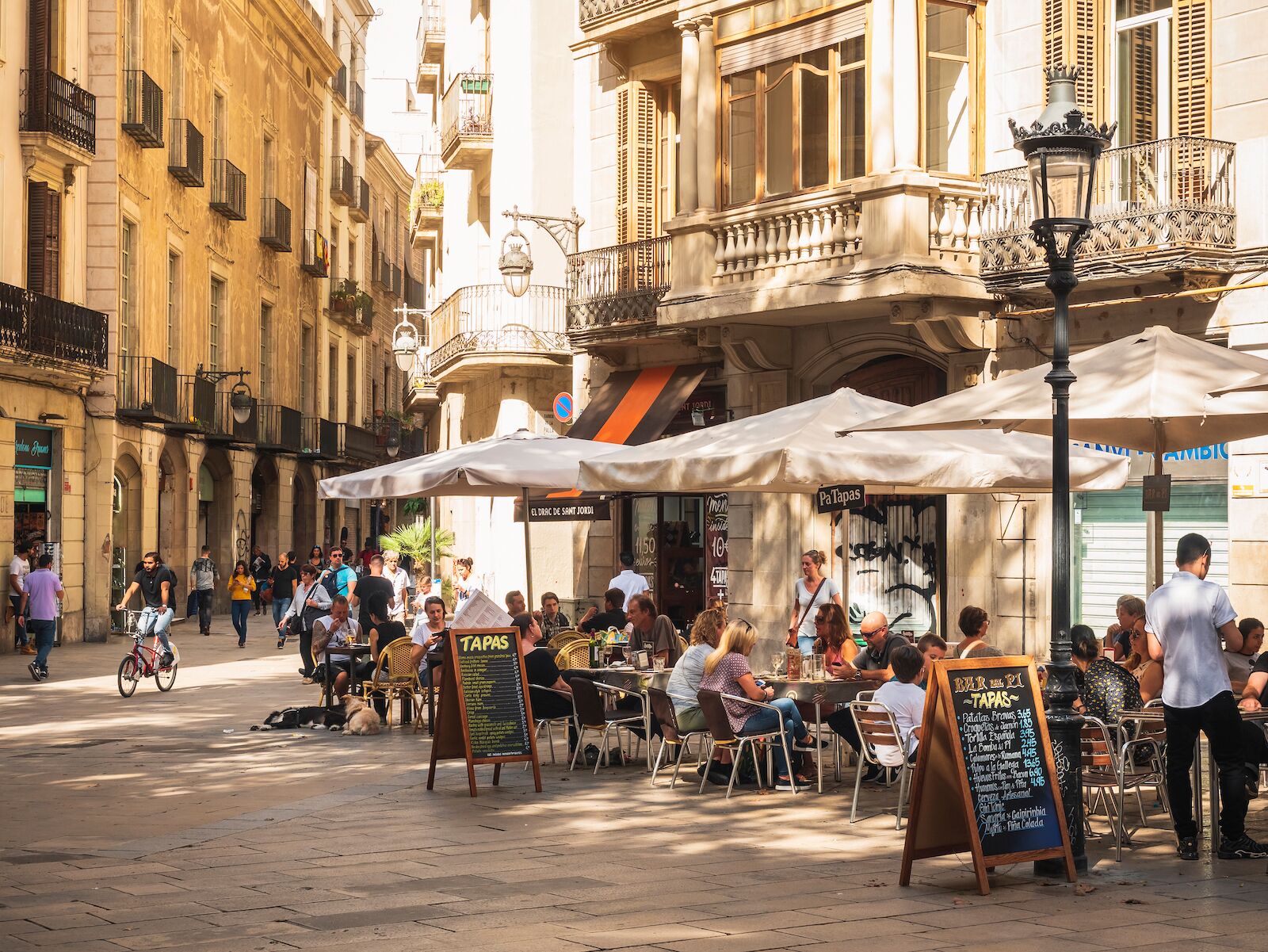 Paella is delicious but it has become a tourist trap over the years. If you go to a restaurant in Valencia, you might as well order “arròs del senoyret” which translates as “the lord’s rice” (it’s called like this because all the seafood has been peeled before being served so your hands won’t get dirty). If you are in the mood for a really hearty dish, order “arròs al forn.” Both dishes are lesser-known relatives of the traditional paella.

Catalan words and sentences you need to find a good accommodation

Catalan words and sentences you’ll need to get around 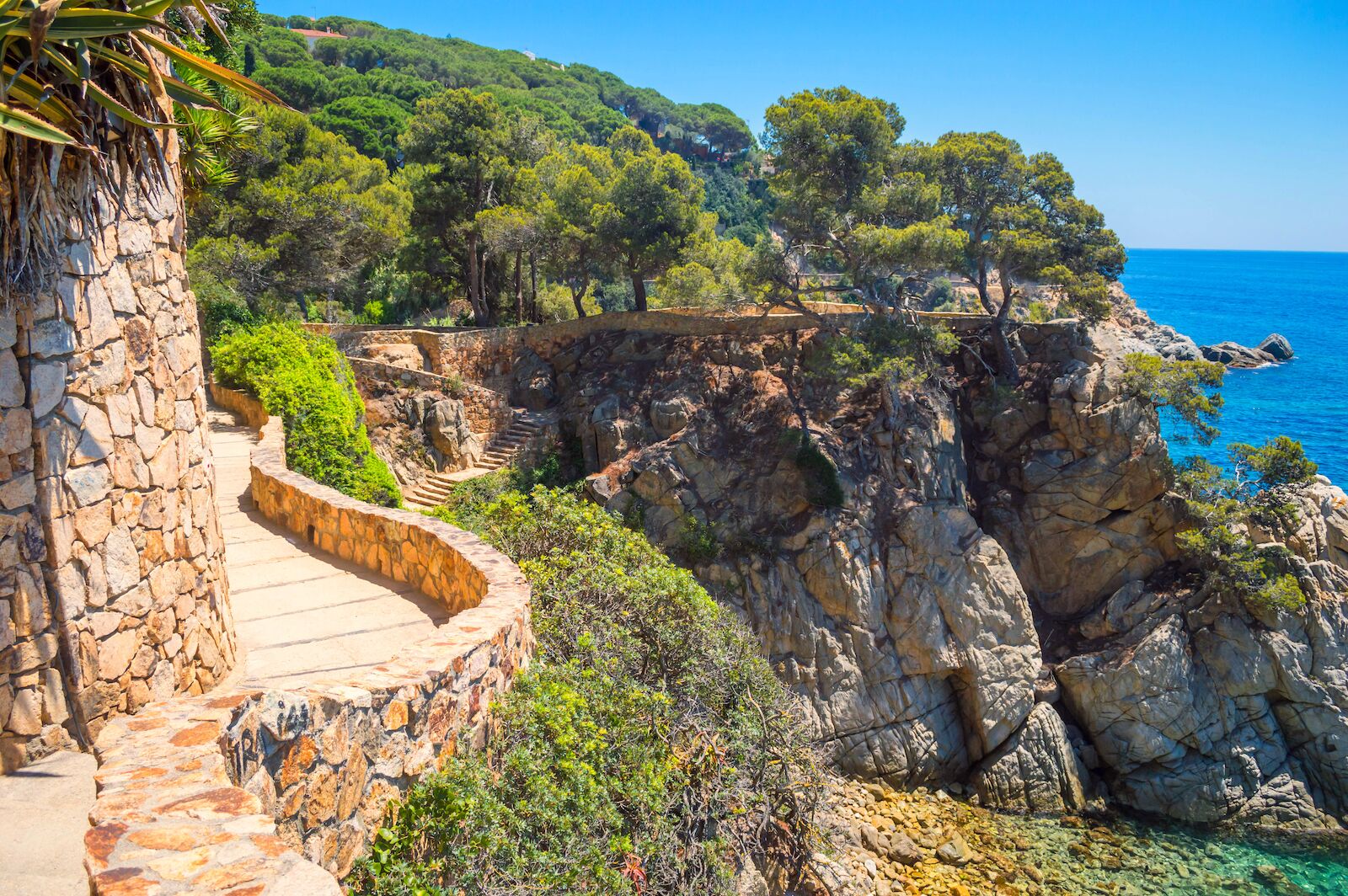 Numbers in Catalan and words you’ll need when shopping

They say that “Barcelona és bona si la bossa sona”, meaning that your stay will be worth it if your bag is full of clinking coins. Coined by Italian merchants, these days the sentence asserts that having a good time in Barcelona requires a lot of money. Not true. While Barcelona — as well as Palma and Valencia — are admittedly some of Spain’s most expensive cities, prices are not even nearly as high as in most European cities further north. Avoid the overcrowded old towns and places advertising paella and sangría and you’ll do just fine.

Catalan words and sentences you’ll need if you hike 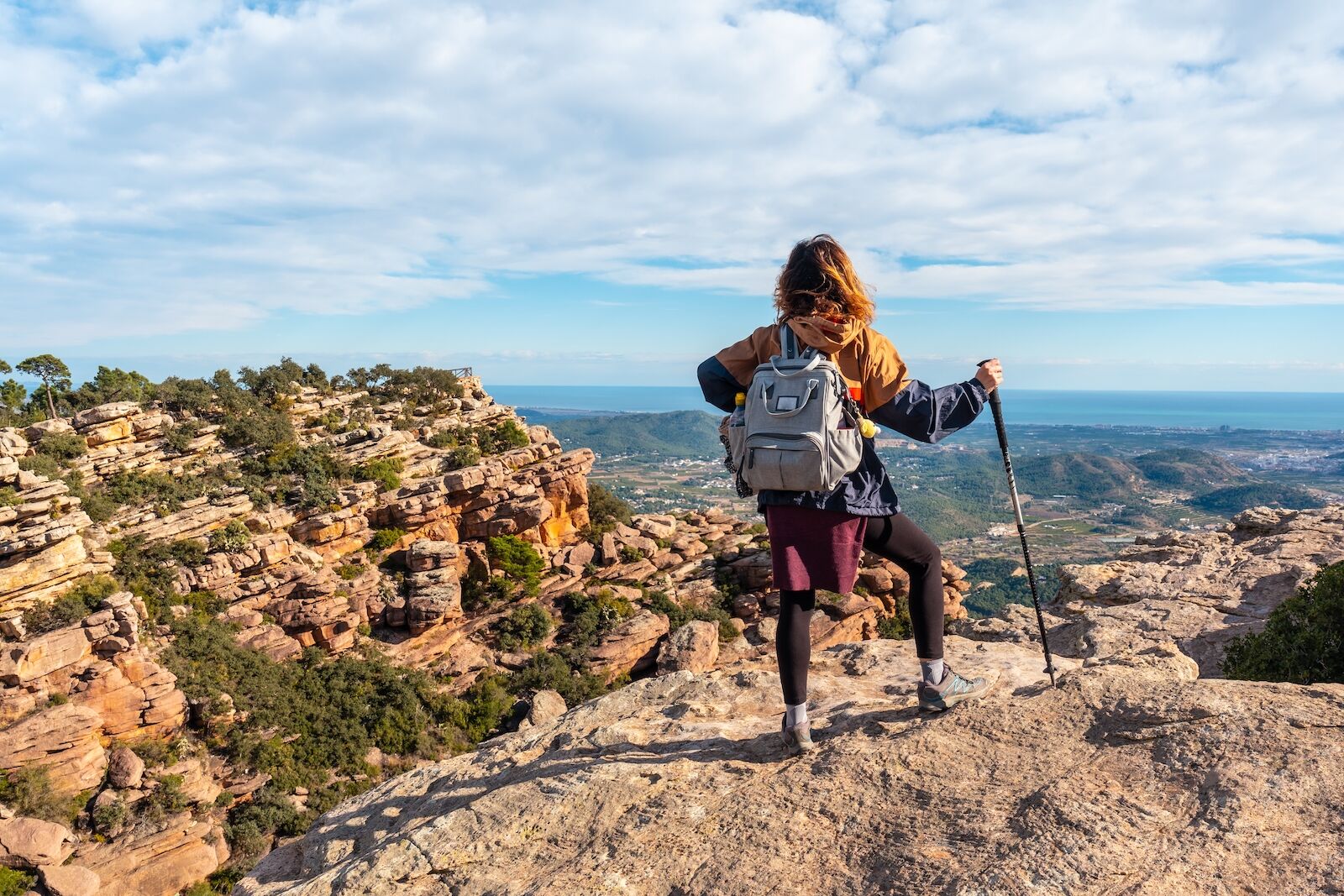 From the scenic “camins de ronda” originally built to patrol the turquoise Costa Brava and stop smuggling, to the “Ruta de la pedra en Sec” in the Mallorcan mountains, there’s a whole world of hiking waiting for you.

But, beware! Just make sure to grow familiar with the surroundings and how to respect them before your hike, lest you be mocked as a “pixapins” or pine-pisser, as countryside dwellers mockingly refer to urbanites unaccustomed to rural life.

You could also be called a “camacu.” This word, derived from “Què maco!” (how beautiful) which typically describes bohochic Barcelonians who stop at every turn to exclaim “how pretty!” before snapping a pic for the gram.

Epic Stays14 of the Best Airbnbs in Barcelona
Tagged
Languages Spain
What did you think of this story?
Meh
Good
Awesome