The most memorable things we come across when we travel often took a long, winding path to get to what they are today. This is Origin Story, a series that looks into the various influences that made the cultural touchstones we know today.

In 1971, Coca-Cola debuted what is now considered one of the world’s most famous commercials. The advertisement features a catchy jingle about wanting to buy the world a Coke. On August 12, 1972, at 5:00 PM, according to local legend, a group of young merchants in Spain with a bad batch of wine bought a lot of Coke during a festival and mixed it with the wine. They called it Kalimotxo. It has since become one of the most popular ways to buy someone a Coke in their little section of the world.

Kalimotxo (pronounced cali-mocho) is a 50-50 Coca-Cola and red wine drink from the Basque region of Spain. It’s sweet, fizzy, and a touch tart. It has a construction as simple as a Jack and Coke and the sophistication of a Shirley Temple.

“I didn’t like it the first time I tried it, neither did any of my friends,” says Patricia Palacios, the co-founder of the Basque Country travel website Eusko Guide. “But it is such an important part of the culture for young Spanish people that you end up drinking it every single weekend. Everybody does.”

The Basque region in northern Spain is one of the country’s, and the world’s, most famous food regions. On the drinks side, Basque Country produces some of the best cider in the world as well as a renowned effervescent white wine called txakoli. Still, the mix of saccharine American Coca-Cola with cheap Spanish red wine has become a regional product known around the world.

“I was bartending at a Belgian beer garden in NYC the first time I heard someone order a Kalimotxo,” Emily Saladino, the digital associate managing editor of Wine Enthusiast, tells me over email. “Embarrassingly, I responded, ‘We only serve beer and wine here, we don’t have spirits.’ When the customer explained what it was and how I absolutely could fix one for her, I thought it sounded delicious — sort of like a boozy Cherry Coke! My fellow bartenders disagreed.”

The first time I tried one was while working on a story for a niche alcohol publication (the same one where Saladino would later become my editor). My reaction was similar: In the right time and place (a casual get together, for example, or a festival in Spain), why not? The online reaction to the story ranged from “3. 2. 1. headache” to “Good job, you ruined perfectly good wine.”

Cocktail bartenders and enthusiasts do not generally use flavored sodas, especially not standard Coca-Cola, in their concoctions. Its sweetness can be overpowering and easily throws drinks off balance. Yet Coke is the standard for American soda. The flavor, for better or for worse, is what other countries associate with American taste buds. 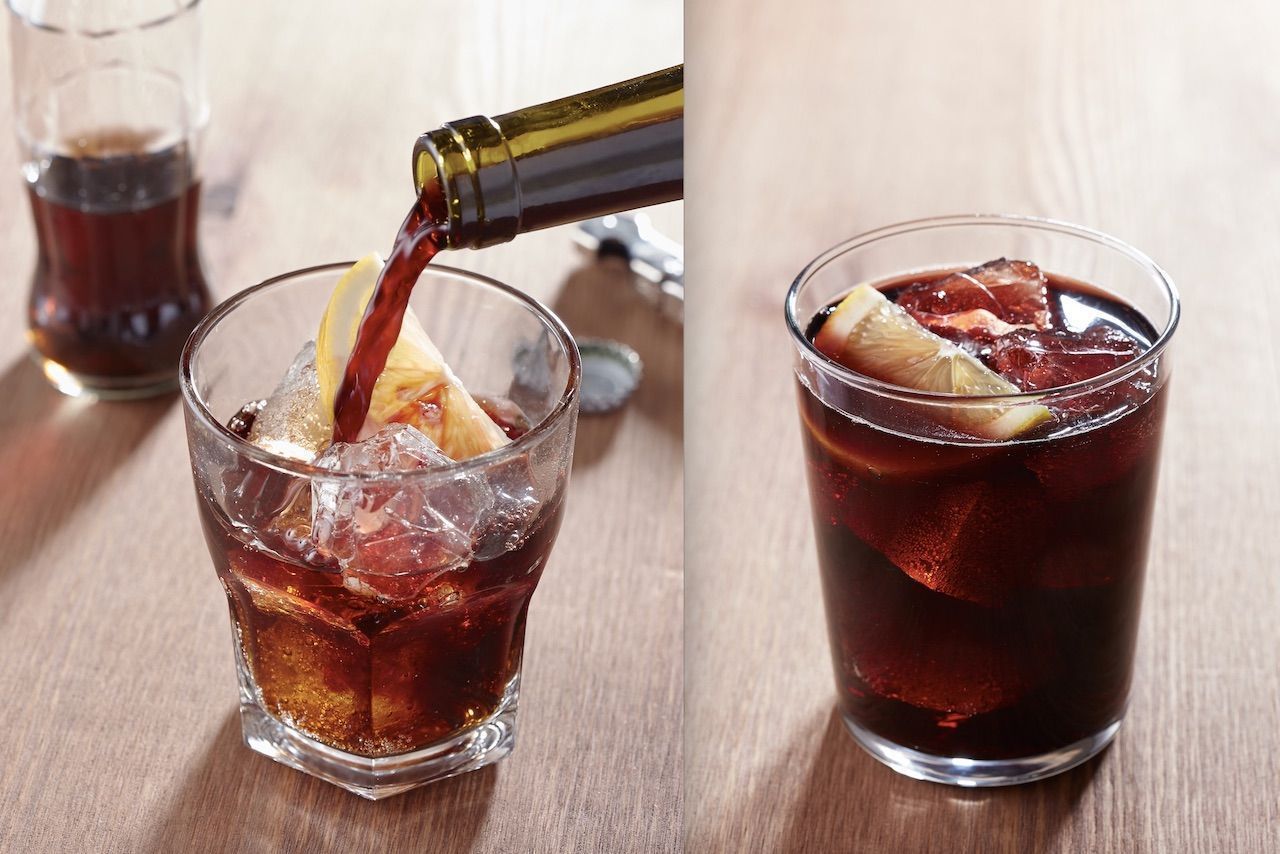 When it comes to the wine, Palacios says cheap boxed wine is best and the brand of choice is typically Don Simon (though she adds she can’t stand the taste of a Kalimotxo anymore). Ryan Meliker, a certified sommelier and the food and beverage manager at the Ritz-Carlton Denver, first came across Kalimotxo when studying with the Culinary Institute of America and recommends a tempranillo from Rioja that has cooked fruit or jam notes. Nicky Beyries, bar manager at San Francisco’s Laszlo and Foreign Cinema, prefers grenache or shiraz.

The Spanish mixed Coca-Cola with red wine long before it became known by its Basque name. Originally, the mixed drink had names like Rioja Libre (free Rioja) and Cuba Libre del Pobre (Cuba Libre for the poor, riffing off of the classic Cuba Libre made with rum and Coke). It wasn’t until 1972 that it earned the name “Kalimotxo,” according to the book El invento del Kalimotxo y anécdotas de las fiestas (The invention of the Kalimotxo and party anecdotes).

The legend goes that the Antzarrak club was in charge of drinks for the St. Nicholas Festival at the Old Port of Algorta in Getxo. They were stuck with 2,000 liters of spoiled red wine and didn’t want to lose out on their investment. So they mixed it one-to-one with Coca-Cola. How the drink got the name is unclear, but one theory is that it was named after a member of the group named Kali.

Kalimotxo stuck, unlike its previous monikers. It’s an officially recognized drink popular enough to be listed by the Spanish Royal Academy, the official dictionary of the Spanish language, which defines a calimocho as mezcla de vino tinto y refresco de cola (“mix of red wine and cola”). “Kalimotxo” was eventually registered in 1996 for 30 years by a business owned by one of Coca-Cola’s European partners, according to the European Union’s intellectual property office. The drink itself, however, is for the people. As El invento del Kalimotxo puts it, “Legal ownership belongs to them, for a usurpation totally legal although not authorized by us.”

People in Spain take their Kalimotxo seriously. Despite the trend of mixing highbrow products into lowbrow drinks, Kalimotxo has stubbornly stayed the same. Pepsi tried to capitalize on the drink’s popularity by mixing its bartender-focused cola, called 1893, with red wine in 2017. People immediately called the brand out for appropriating a drink that isn’t a Kalimotxo unless made with Coca-Cola.

Though the drink might sound like an odd combo on first mention, try it for yourself and you might just find the appeal. It’s lighter in alcohol than a traditional aperitivo like an Aperol Spritz — perfect for a long day at the beach, park, or outdoor block party. Pick the driest, most tart cheap red wine you can find and the flavor is more balanced than straight soda.

And for anyone who has been to Spain, drinking a Kalimotxo will bring you back.

“Just as tiki came from vacation nostalgia,” Beyries says, “I can see the Kalimotxo having the same hold on the American cocktail drinker reminiscing about the Kalimotxos they enjoyed on a Spanish holiday.”