The advent of spring means many things: April showers and May flowers, pastel colors and floral prints, critters coming out of hibernation. Regeneration is the season’s theme. Its motto: out with the old, in with the new. In the spirit of new beginnings, various cleansing and decluttering rituals have developed over time and across the globe. Here are five spring cleaning traditions that might inspire you to finally tackle those closets this year.

Though Chinese New Year is now a global phenomenon, many paradegoers miss out on Xiaonian, or Little New Year, which heralds the annual Spring Festival. Xiaonian is held on the 23rd or 24th day of the last month of the lunar calendar. Observers rid their homes of spirits and bad omens by sweeping and dusting top to bottom, scrubbing the exterior, and cleaning up their yards. Once the house is clean, they decorate it with paper-cuts (red paper that’s been clipped into various designs, similar to a paper snowflake) that will be taken down and replaced the following Xiaonian. It’s also customary to prepare your finest dishes and sweets in anticipation of the kitchen god’s yearly visit, after which he’s said to report to the Jade Emperor on everyone’s behavior over the past year.

2. Passover prep: getting rid of chametz 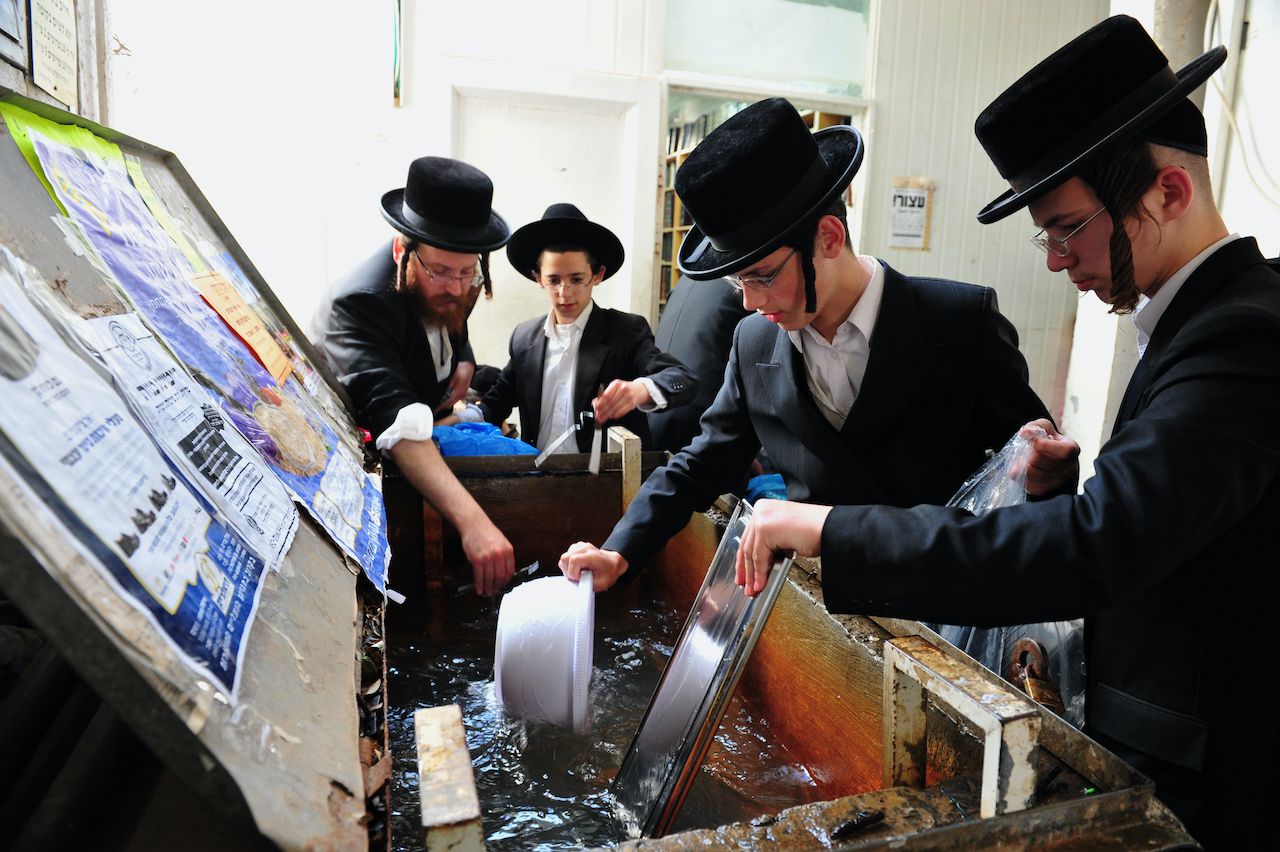 In the Jewish tradition, the month leading up to Passover is reserved for a very particular kind of spring cleaning: ridding one’s house of leavened products. According to Exodus 12:14, chametz, or leavened foods made from grain, are not permitted during Passover. The tradition is as old as the holiday itself, which commemorates the Israelites fleeing slavery in Egypt. As the story goes, they left in such a hurry that there was no time for their bread to rise, creating the cracker-like, unleavened bread we know as matzah. This pre-Passover chametz-ridding ritual goes beyond simply clearing out your kitchen cabinets, however. It demands a deep clean of the entire house as even the tiniest chametz crumbs are a no-go during Passover. Many also interpret the custom metaphorically, as a way to let go of the old and make way for the new. 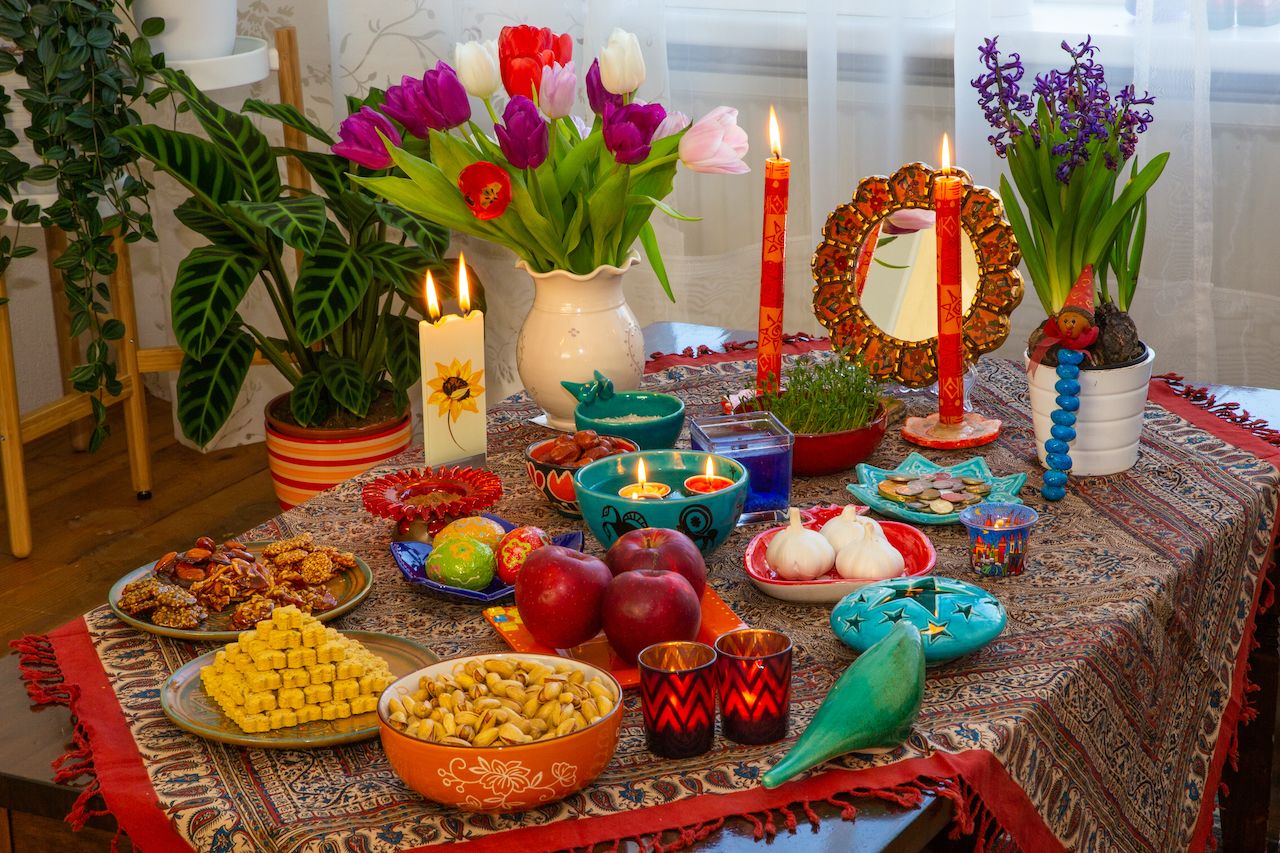 Many credit the Persian New Year, or Nowruz, with planting the seeds for today’s spring cleaning. Held during the vernal equinox to recognize the first day of spring, the festival has roots in a pre-Islamic faith called Zoroastrianism, though it’s celebrated secularly around the world today. There are several traditional ways to observe Nowruz. Families decorate a ceremonial table called haftseen with seven symbolic items, including seer (garlic) for health and serkeh (vinegar) for patience and wisdom. Celebrants feast, hold crafting sessions, and party. People take to the streets to join in songs and rituals like jumping over bonfires.

The weeks leading up to the revelry signal a more somber ritual: spring cleaning. Part of the Nowruz festival, Khanh Tekani is a purifying ritual that literally translates to “shaking down the house.” It involves a deep clean, from washing and hanging Persian rugs out to dry, to clearing out closets and attics, to painting the house and tidying the yard. Pretty much everything is subject to washing during Khaneh Tekani, as the cleaning efforts are believed to ward off evil.

4. Celebrating Songkran: dusting and get drenched 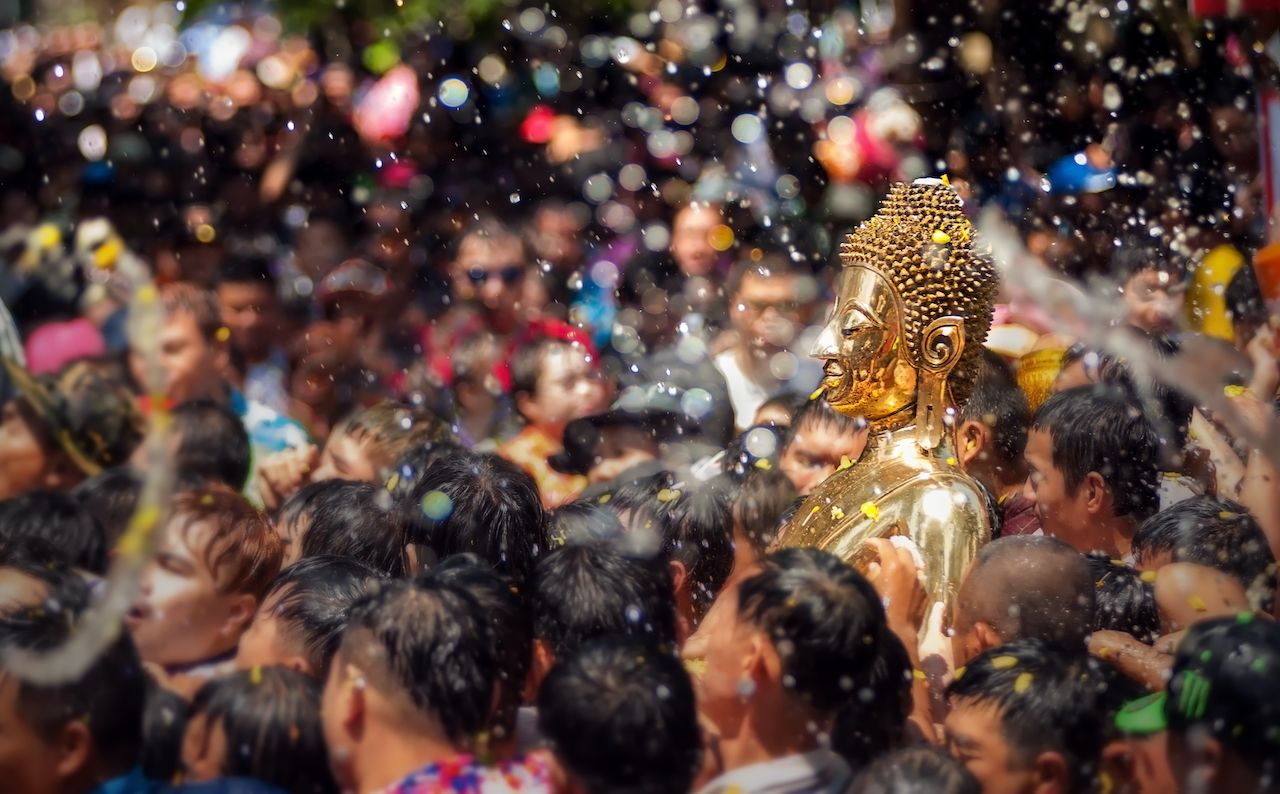 Some may recognize Songkran as Thailand’s epic water fight, held every April 13 as part of the Thai New Year festivities. It’s more than just an opportunity to brandish heavy-duty water guns and douse everyone in the vicinity with perfumed water, however. It’s a time to wipe away the buildup of the past year, both mentally and physically, in anticipation for the year to come. Songkran observers traditionally rinse any Buddha statues and images they may have, as well as tidy up their homes, offices, schools, and other spaces. It’s also customary to throw out anything old or used, as hanging on to such items is said to bring bad luck in the new year.

The Easter season is associated with cleaning across various Christian faiths. Many Catholics clean their houses three days after Palm Sunday. Spring cleaning has also been linked to Maundy Thursday, which commemorates the Last Supper. On that day, churches strip and clean their altars, and some take it as an opportunity to clean their homes, as well.

Eastern Orthodox Christians observe a holiday known as Clean Monday on the first day of Lent. Though the moniker largely refers to diet as it’s a day of fasting, with meat being prohibited even when the fast is broken, many also incorporate spring cleaning into their Clean Monday rites. This manifests both as physical tidying up and participating in prayer to purify oneself of sin. As part of their spring cleaning efforts, Eastern Orthodox Christians may also donate unwanted food, clothing, and other items once they’ve cleared out their homes.

Epic Stays7 Minimalist Resorts That Will Allow You To Fully Decompress
Tagged
Culture
What did you think of this story?
Meh
Good
Awesome