With a name like RangerBot, you might think this bright yellow autonomous robot was built to patrol the highways or wrangle those who fail to properly extinguish a campfire. But these babies are built to swim — and their mission lies just off northeast coast of Australia. The Great Barrier Reef, the largest reef ecosystem on the planet, is under ever-increasing threat from global warming and ocean pollution, as well as the poisonous crown-of-thorns starfish, known as COTS for short.

COTS are far from the cute, harmless five-legged starfish people are accustomed to seeing on visits to the beach. These 20-legged stars pose a consistent danger to the weakened reef as they munch on the coral and inject venom into the living organism. They feed on the coral and kill it in the process, and there are now millions of COTS within the ecosystem of the Great Barrier Reef following massive population growth since 2010. Part of the problem stems from human-driven overfishing of the COTS’ few predators, all but ensuring they roam free in the coral’s depths. 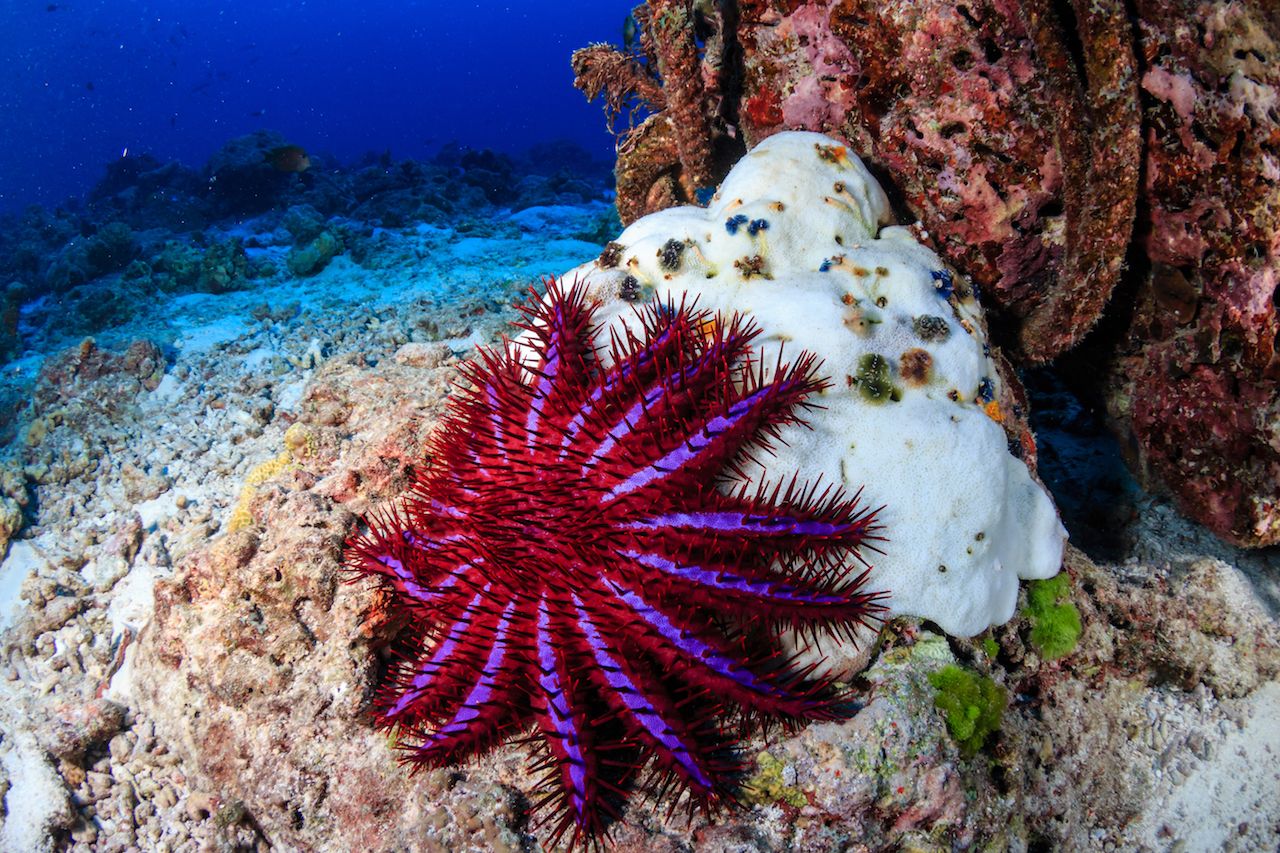 Enter RangerBot, a hunting machine developed over the past decade by roboticist Matthew Dunbabin with the Queensland University of Technology. After identifying a COTS, the machine approaches and injects bile salts that attack the immune system of the starfish, typically killing it in fewer than 20 hours.

The hope is that these bots will soon patrol the reef and knock down the population of harmful starfish, part of Australia’s ongoing effort to protect this coastal treasure.

NewsAustralia Is Investing Over $375 Million in Saving the Great Barrier Reef
Tagged
News Outdoor National Parks Sustainability
What did you think of this story?
Meh
Good
Awesome