Street art is usually a treat for the eyes, but rarely does it provide tangible benefits beyond the aesthetic. The Hunting Pollution mural, however, by Milanese street artist Federico Massa, is beautiful and improves the air quality of Rome. Covering over 10,000 square feet of a seven-story building, the mural is made entirely of anti-pollution paint and is intended to raise awareness of environmental problems like global warming and animal extinction. Fittingly, it features the tri-colored heron, a species in danger of extinction. Ostinese, the neighborhood where the mural is displayed, is famous for its urban art, including iconic pieces like the Wall of Fame by JB Rock. 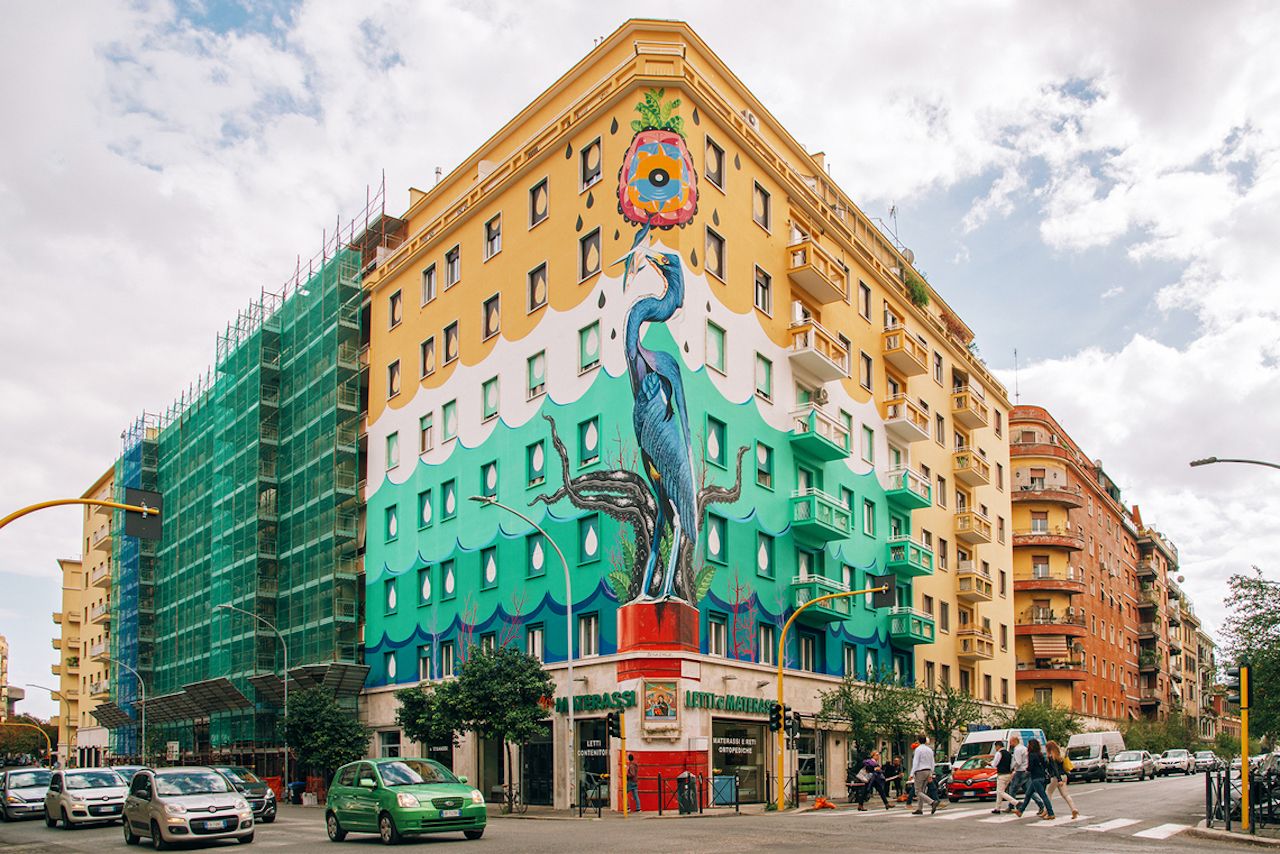 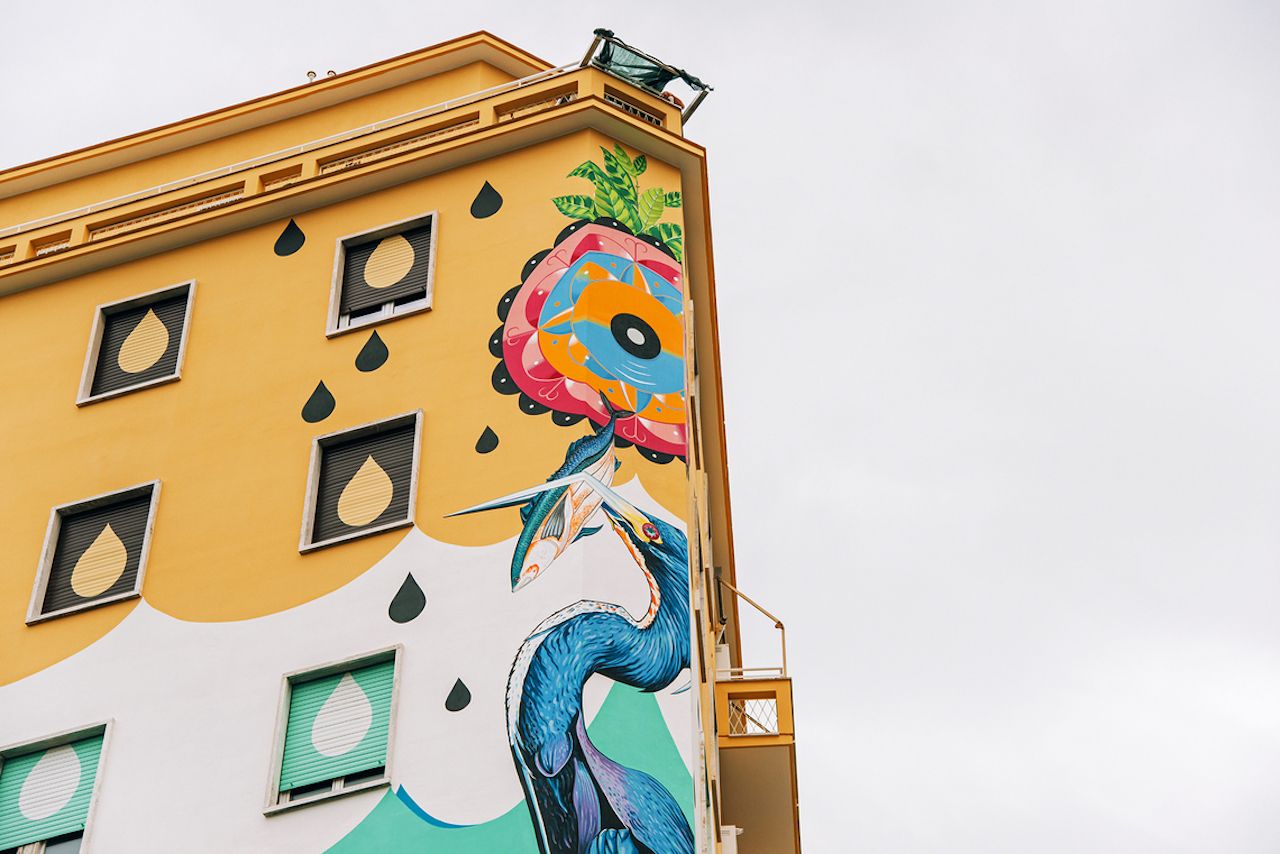 The Airlite paint used in the mural neutralizes pollutants and smog, and it can break down the levels of nitrogen oxides emitted by cars. Unlike traditional paint, Airlite paint dries and becomes cement within four hours. So much of it was used in this mural that it produces the same air-cleansing effect as a forest with 30 trees. Masa plan to paint Airlite murals in other cities as well, especially the United States.

Hunting Pollution was commissioned by Yourban2030, a female non-profit that uses art, cinema, fashion, and music to call attention to a range of environmental issues. If the eco-painting trend takes off, we may see a rise in sustainable street art.