There are very few bright spots in the Australian bushfire tragedy, but if there’s a silver lining it’s in how the world has shown support for the Australian people and wildlife in the wake of the natural disaster. The money for fire relief pouring in from around the world has certainly been invaluable, but people are showing support in other ways too, like these stuffed koala bears popping up all around New York City. 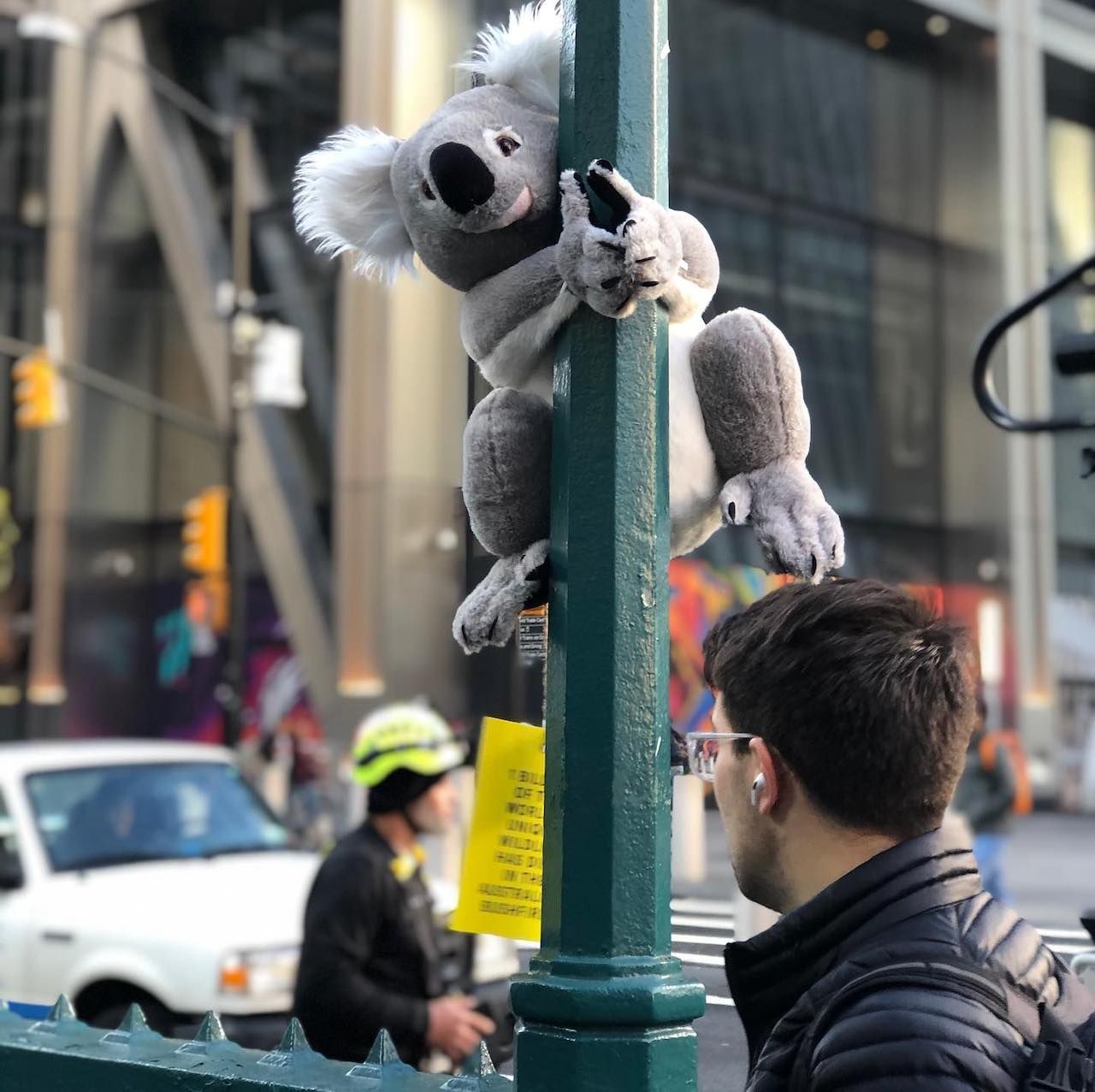 It’s no secret that the bushfires have proved devastating for Australia’s wildlife, killing over a billion animals so far, including one-third of New South Wales’ entire koala population. As feeding areas and habitats are wiped out, ecologists are concerned for the future of the country’s ecosystem. 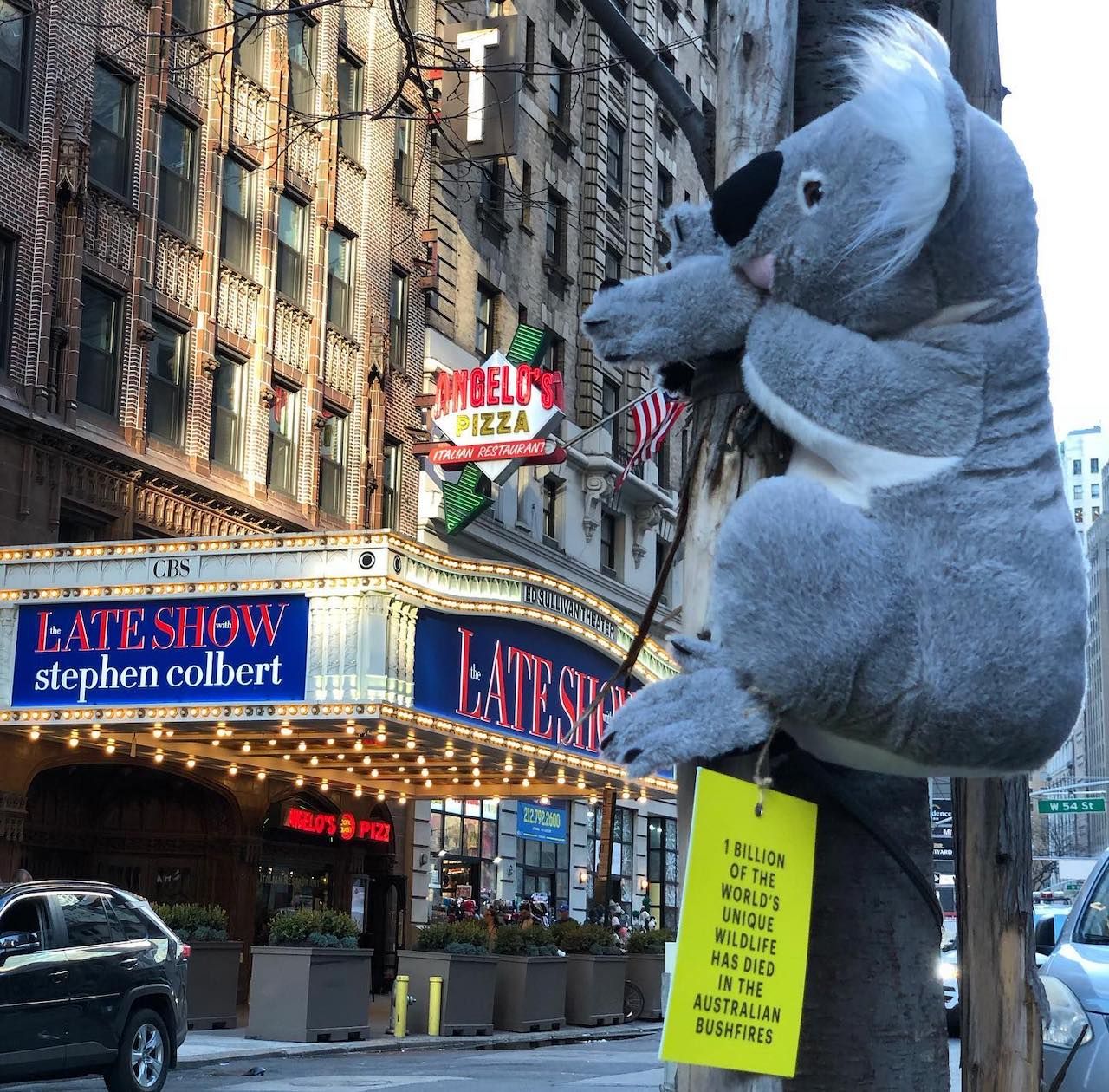 To express support for Australia’s wildlife, Koalas of NYC launched a campaign this week by planting stuffed koalas all around the city. Koalas can be found hugging lamp posts and trees, sitting on firetrucks and benches, or just hanging out in a variety of other unexpected locations. Each koala has a QR code that directs people to a GoFundMe page, where the organization is collecting money for bushfire relief. All proceeds will go toward Wildlife Information Rescue and Education Service, an Australian wildlife rescue and rehabilitation charity. 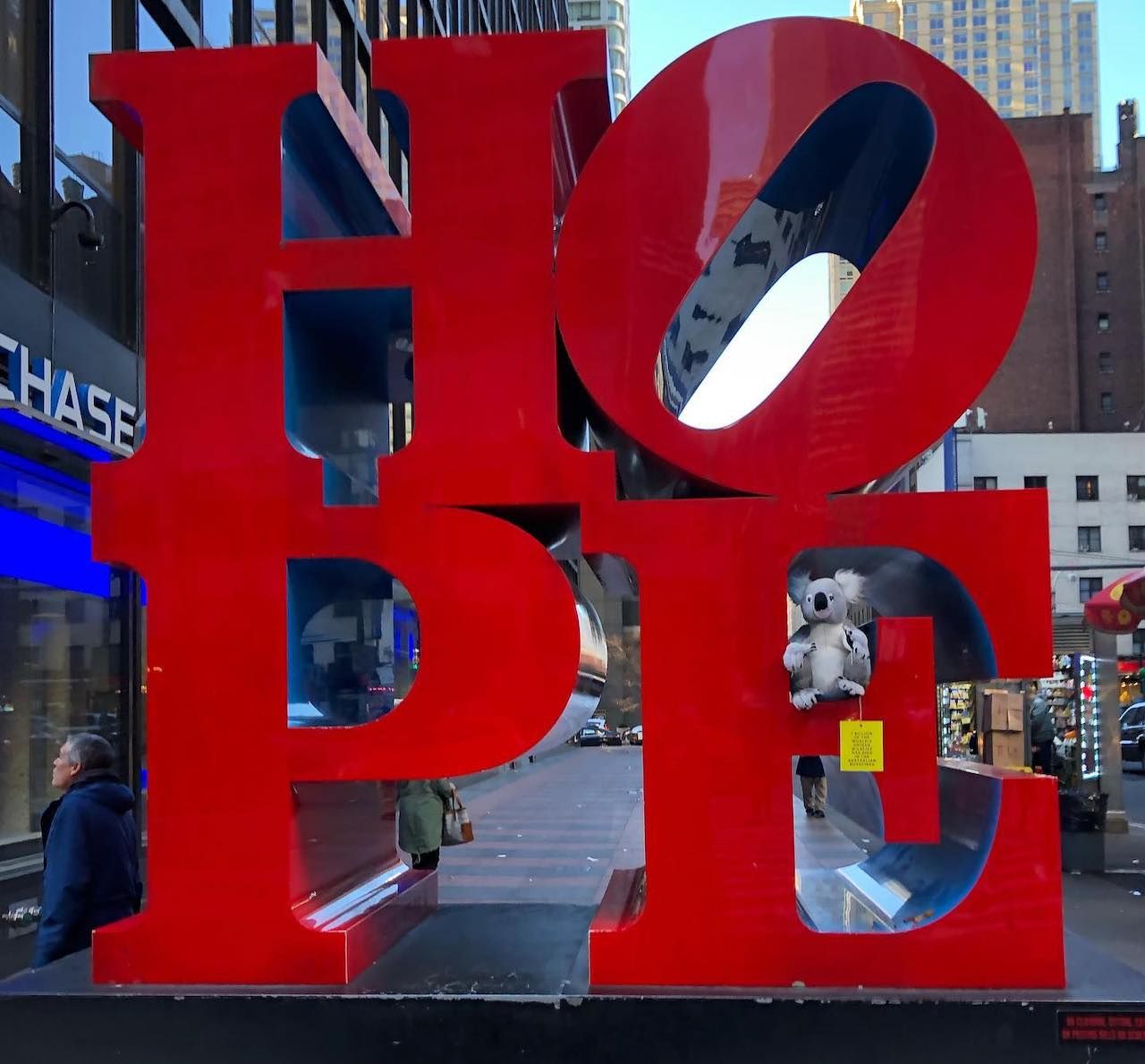 And you don’t have to find a stuffed koala to donate. Just visit the GoFundMe page and give what you can. The goal is $15,000, and so far the organization has already raised over $12,000.

NewsHow You Can Help the People and Animals Affected by the Fires in Australia
Tagged
Activism News Wildlife New York, NY, United States
What did you think of this story?
Meh
Good
Awesome