I’m straddling a wave-worn surfboard in the reef-filled waters outside of Kingston, Jamaica. Pro surfer Icah Wilmot patiently explains to me that if I don’t paddle more efficiently, I won’t be able to catch my own waves. Right now, when one of those intimidating walls of blue approaches, I do my best to turn my arms into propellers — but inevitably, I need the final push from Icah to actually get my board skimming along the crest.

But that does it, and then I’m in it, surfing in Jamaica and enjoying those few precious seconds of salty thrill where the wave’s momentum churns behind me. After staggering to my feet to stand, I mentally run through my Icah-approved checklist: shoulders forward, knees bent, eyes up, arms out. The rush is over almost as soon as it begins, and I end my ride by crashing back into the froth near the shore in a graceless heap of limbs. Before I can even catch my breath, Icah beckons me back to the break where the next set approaches. 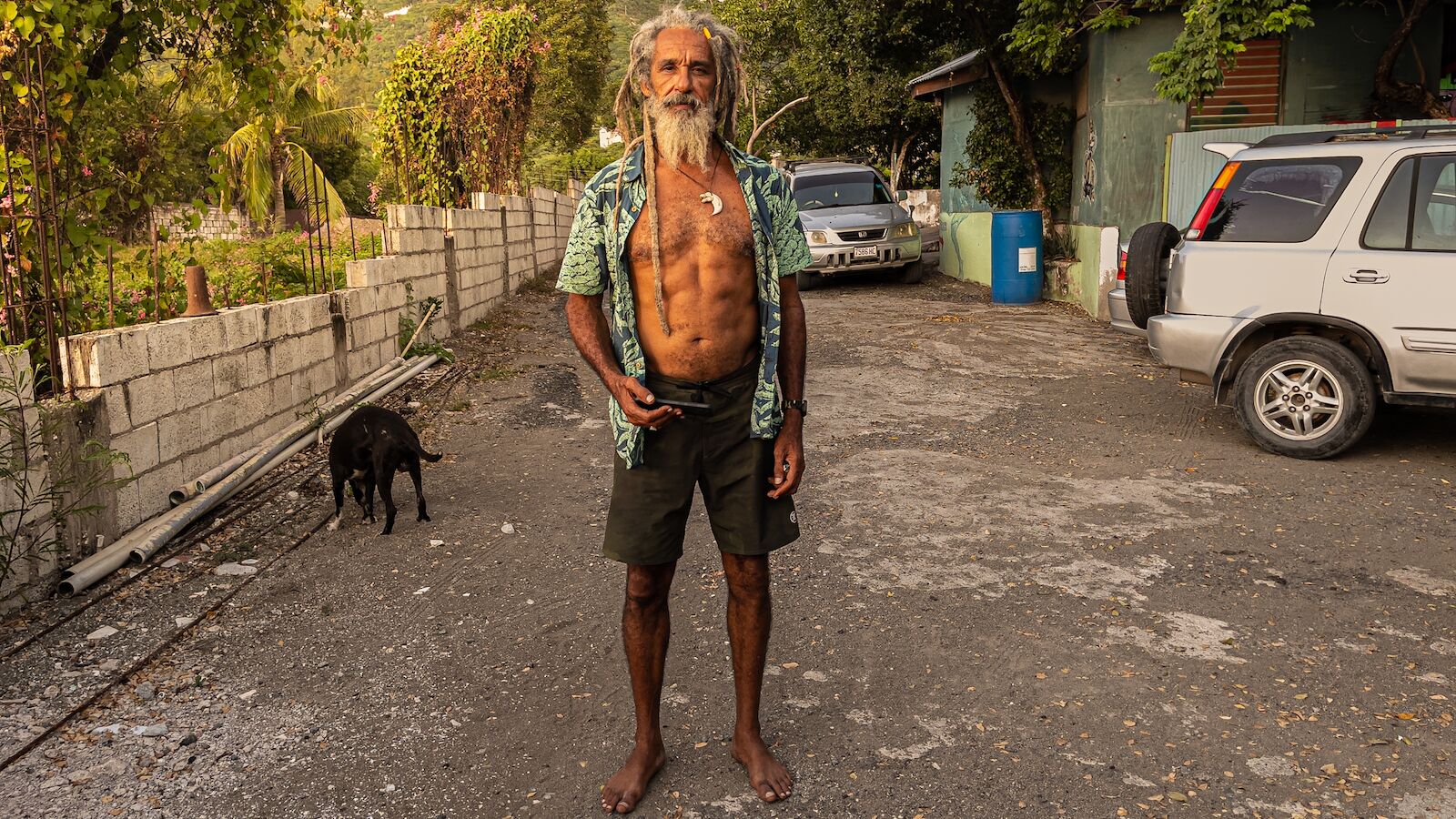 Icah is one of five siblings in the Wilmot family. They’re famous for putting surfing in Jamaica on the map and are well-known to everyone on the island. Patriarch Billy Wilmot (a.k.a. “Billy Mystic” of the Mystic Revealers) and his wife Maggie run Jamnesia, the longest-running family-owned surf school and camp in Jamaica.

When the pandemic first hit, my travel-obsessed brain started flicking through all the bucket-list travel experiences I hadn’t yet checked off — and at the top of the list was “learn to surf.” I promised myself that once travel became a bit safer and borders opened, I would be on the water somewhere, hanging with the coolest kids in the sport.

Surfing in Jamaica is still under-the-radar

You won’t see Jamaica on many lists of top surfing destinations, a fact that the Wilmot family has been working to change for decades. The island has consistently surfable waves year-round, though the best months are December through February.

Surfing in Jamaica is especially ideal for beginners and is an ideal place for first-timers. The waves are gentle nearly every day, and the year-round warm water — almost always somewhere between 81 and 84 degrees Fahrenheit — make it that much easier to spend hours falling off a surfboard. 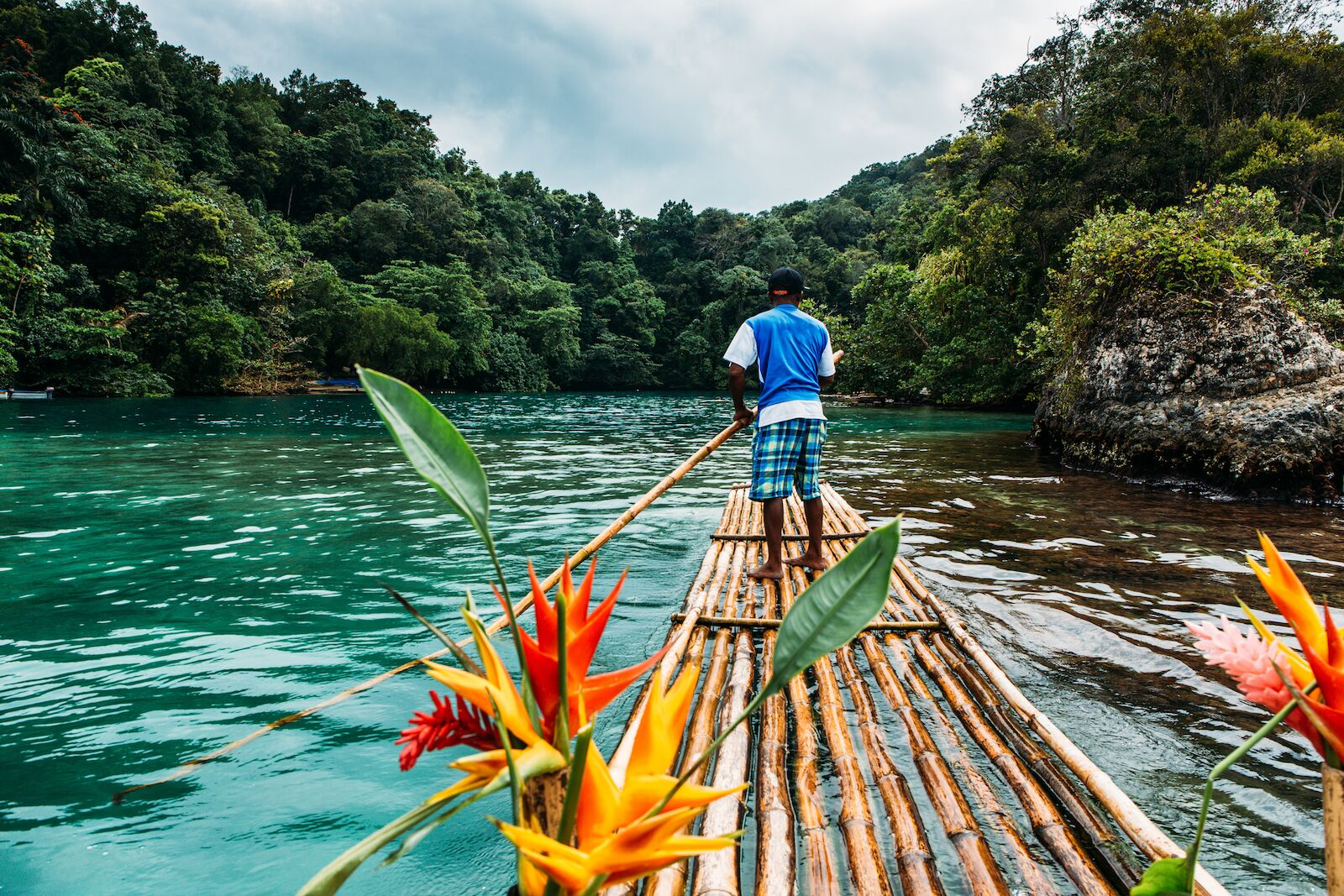 And when you’re all surfed out, the entire island is packed with things to do. Après-surf, travelers can take a drive into the Blue Mountains to taste some of Jamaica’s world-famous coffee at Creighton Estate, swim at the Blue Lagoon or learn about the history of the island’s Maroon communities (communities descended from escapes slaves) in Charles Town.

Jamnesia is more than just a surf camp

“Jamnesia is a state of mind.” Billy Wilmot offers this as an answer to my question of when they opened the surf camp. It’s not the answer I was expecting, but it doesn’t take long to understand what he means. The multiple buildings of the surf school are more of a community center than a hotel. There’s no clear line between spaces for family, community, or guests, and both Icah and his parents live on the property. Neighborhood kids use the camp for table space and Wi-Fi to attend remote classes during the day before heading to the skate park across the street for some after-school tutoring from Icah.

Eventually, after some prodding, Billy relents and offers a more concrete answer: they first began setting up tents for guests in the 1990s. You can still camp on the property, but there are also simple private and shared rooms available, too. “I realized that surfers didn’t want to blow through their money in one week. They wanted [something] cheap, good food, a place to sleep, and enough time to wait for the waves,” he says of the camp’s founding.

And that’s a pretty dead-on description for what you’ll find at Jamnesia. When I first arrived, the ocean was glassy and smooth, with not a wave in sight. As the days went on, it felt impossible that waves could ever come and disrupt the sleek bay. Of course, there’s plenty to do aside from surfing at Jamnesia, like sunrise paddleboarding, spirited rounds of Jamaica’s national board game (Ludo), or visits to the skatepark. 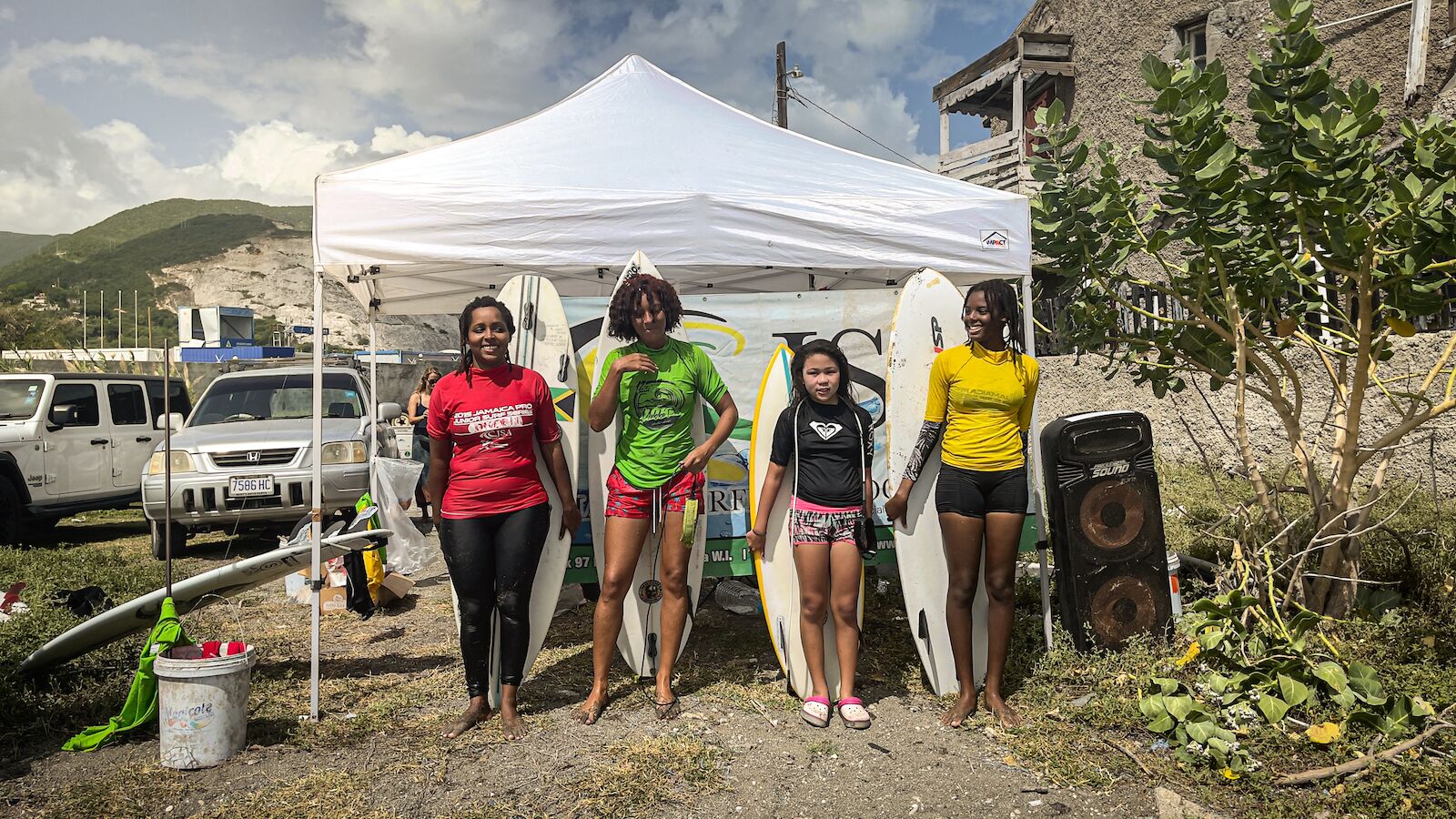 When the waves do arrive, they reveal Mother Nature’s love for drama, showing up just before Jamnesia was on the brink of canceling one of the country’s best surf competitions. Icah’s face lights up as he waxes his board. However, I feel my stomach drop as the swells come in, even though I’m just watching the pros rather than actually catching a wave. Competitors include four members of the Wilmot Family: father Billy, sons Icah and Ivah, and daughter Imani, who goes on to win the women’s division.

If you’ve surfed once, you’re a surfer

That afternoon, it’s my turn. Icah is in the water with one of his proteges, E.J. Bailey, a local on his way to becoming Jamaica’s first paralympic surfer. Having taken a few lessons before, I skipped the dry-land tutorial and headed straight into the water, feeling like a fumbling imposter with a gigantic beginner’s board.

But Icah’s voice replays itself in my head: if you’ve surfed once, you’re a surfer. Swallowing my nerves as well as a bit of seawater, I head out into the waves. With me is a crowd of local kids, some of whom seem like they might have been born on a surfboard. It’s not long before one of them, Shaqueal, abandons his own board to take on the role of being my teacher.

For the next several days, I spent an hour in the morning and afternoon in the waves. During most sessions, my new friends are there too, cheering me on as I get up quicker, ride the waves for longer, and begin to look almost comfortable on the board. When I finally ride a full wave, popping my board back over the crest at the end, the satisfaction I feel is a full-body experience. I’m glad I booked the multi-night package, which also includes breakfast and dinner. However, Jamnesia welcomes surfers looking to spend less time, and one-night lodging starts at just $35 a night. If you’re willing to pitch your own tent, it’s a shockingly affordable $15 a night.

“Surfers are just always looking to get back the feeling of that first wave,” Billy explains on my last day. As I head back for one more ride, I think I’m beginning to understand.

Is Jamaica open for travelers?

Yes, but with some basic health requirements. You’ll need to fill out a border entry form (which you can do online) and show a negative COVID-19 test to enter the country. Remember that requirements to return to the US change frequently, so you may want to bring a self-administered COVID test to ensure you’re able to re-enter the U.S. after your trip.

OutdoorFinland’s ‘Everyman’s Rights’ Offer the Most Open Access To Nature on Earth
Tagged
Extreme Sports Outdoor Jamaica
What did you think of this story?
Meh
Good
Awesome