With over 20 million hectares of forest, nearly 190,000 lakes, and 40 national parks, Finland is an outstanding destination to enjoy the great outdoors. What’s even better is that nearly all of it can be explored freely and free of charge. Sleeping in a tent under the Nordic lights? Sure. Picking your own berries for breakfast? No problem. This extraordinary freedom is based on a unique Nordic custom called Everyman’s Rights, or jokamiehenoikeudet.

What are Everyman’s Rights? 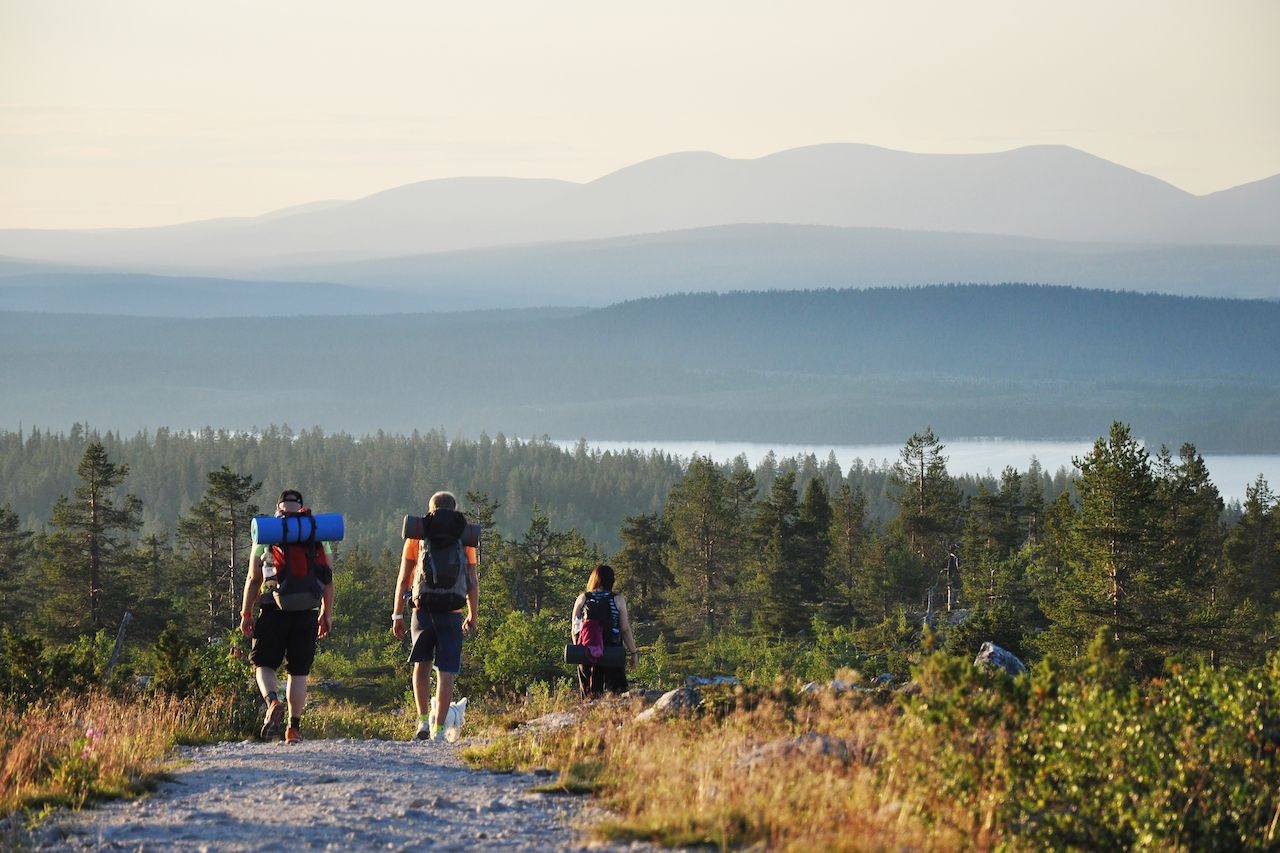 Everyman’s rights, also known as the right to roam, are a set of rules that grant public access to the outdoors in certain European countries, such as Sweden, Norway, Finland, Estonia, and Scotland. Lucky for you, in Finland, the rights are more extensive than anywhere else. In short, they allow you to roam, camp, and enjoy nature more or less without fear of consequence or trespassing.

The rights belong to everyone, no matter their nationality or their length of stay. What’s especially unique about them is that they also apply to private land. Only the government can exempt an area from Everyman’s Rights, and it’s not necessarily an easy thing to do. Just because you bought a chunk of land in the hills in no way means you can restrict others from enjoying the natural splendor of the area. Any exempted area will be signed or fenced off, so you’ll know where you’re not supposed to go.

As always, with great freedom comes great responsibility. In exchange for using Everyman’s Rights, visitors must respect nature, other people, and the landowner’s domestic privacy. It is expected of all users to keep enough distance from private residences and cultivated land, cause no damage to nature or animals, and leave no litter behind. To make sure you’re doing it right, download this booklet published by the country’s Ministry of Environment.

As long as you are respectful and use the common sense expected of backcountry users the world over, you’re free to explore nearly all of the beautiful nature Finland has to offer. Here are a few ideas on how to do it.

Hike, cycle, or ski through the forests. 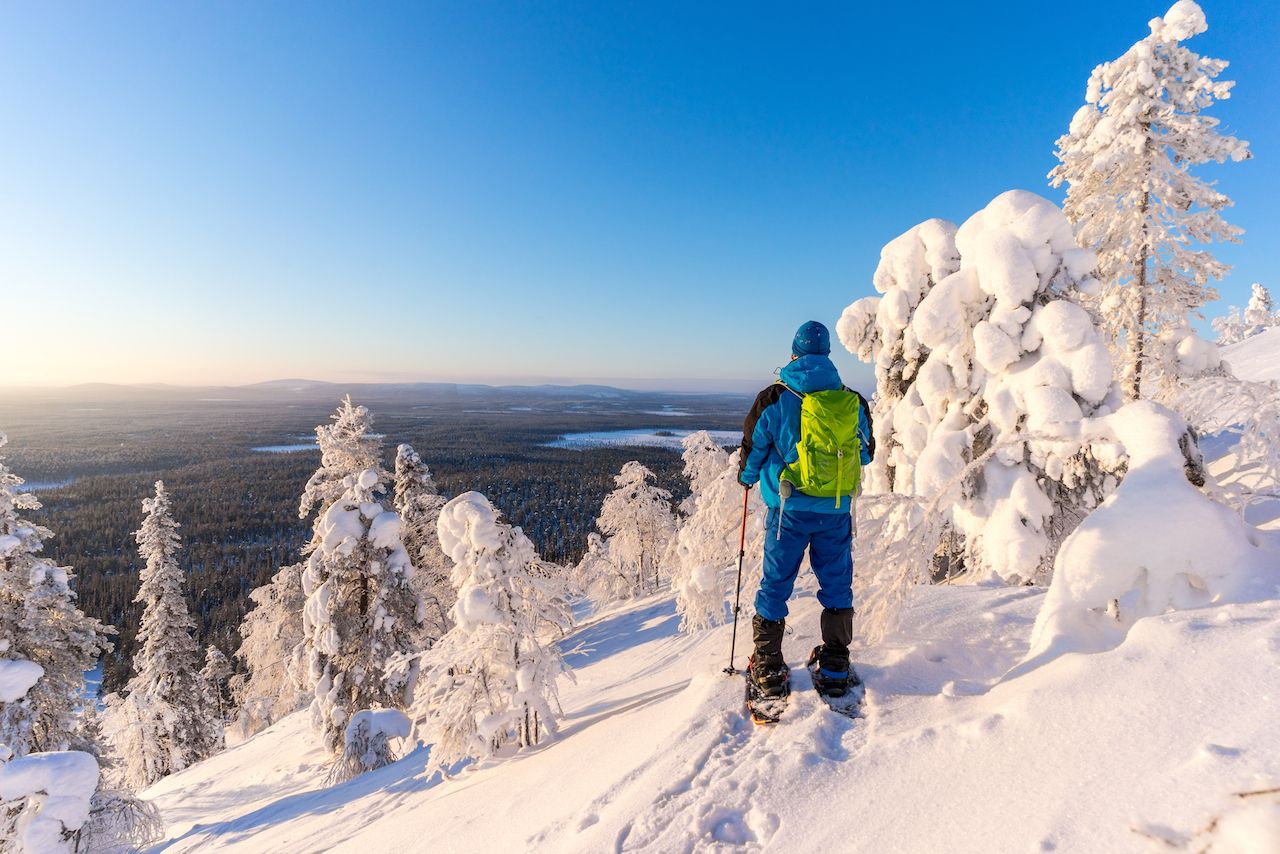 Finland provides the perfect opportunity to step out of the beaten path as hiking, cycling, skiing, and even horse riding is allowed everywhere in the forests and fields, as well as on roads and beaches. Make your own adventure, or if you’re unsure about your orientation skills, make use of the extensive network of roads, paths, and routes across the country. Among the most popular hikes are:

In southern Finland, closer to Helsinki:

Set up your tent or swim (pretty much) anywhere you want. 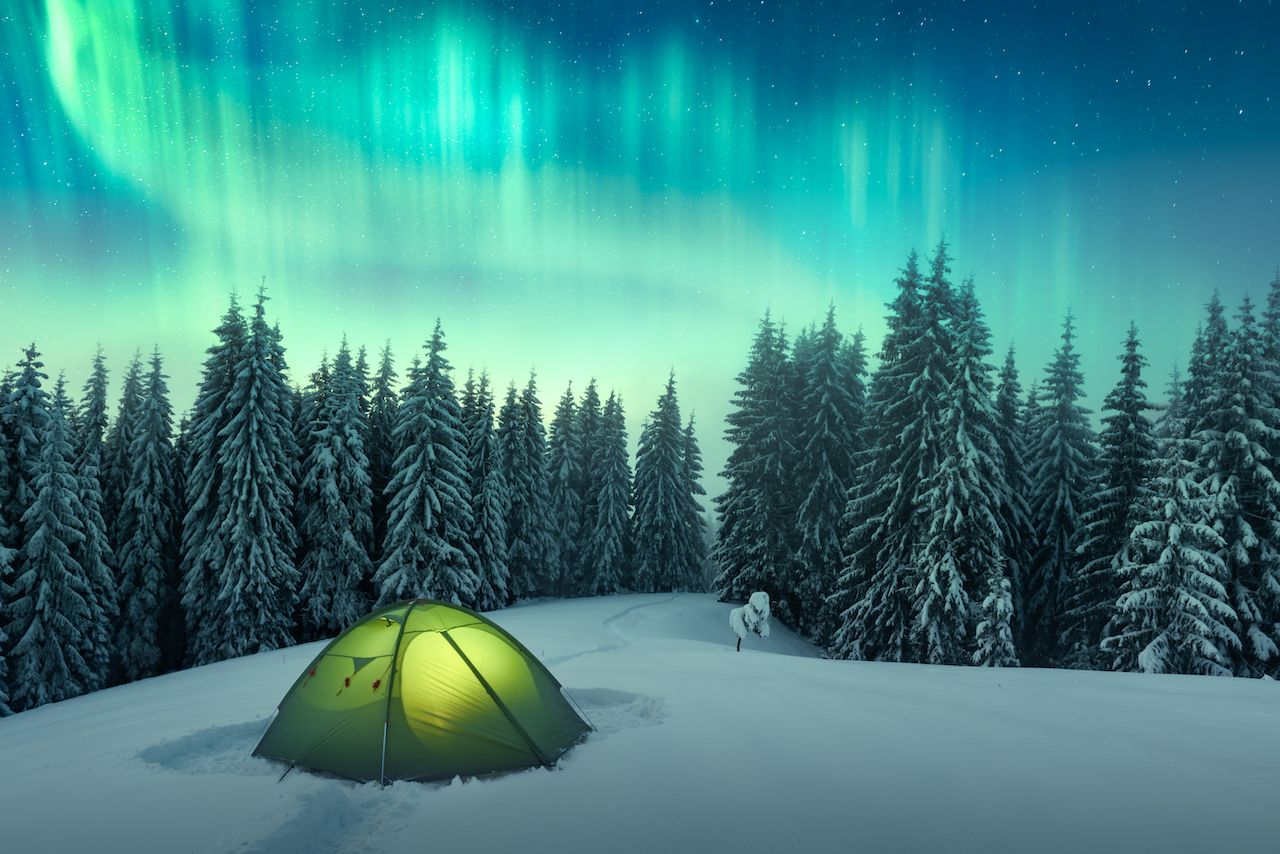 After hiking all day in the forest, it’s time to get a good night’s rest. You’ll be happy to find out that it is completely fine to set up your tent and spend the night on the spot. Just stay out of private backyards and farming lands where crops are grown, and pick a spot where you won’t significantly harm the surrounding nature. In national parks, there will be designated camping areas.

While at the campsite, feel free to take a dip. Swimming is not restricted to just public beaches. Dip your toes in any lake or pond — there are nearly 190,000 of them in Finland, so you’ll be spoiled with choice. Do note that swimming might be restricted in national parks and nature reserves. If that is the case, there will be signage to that effect. 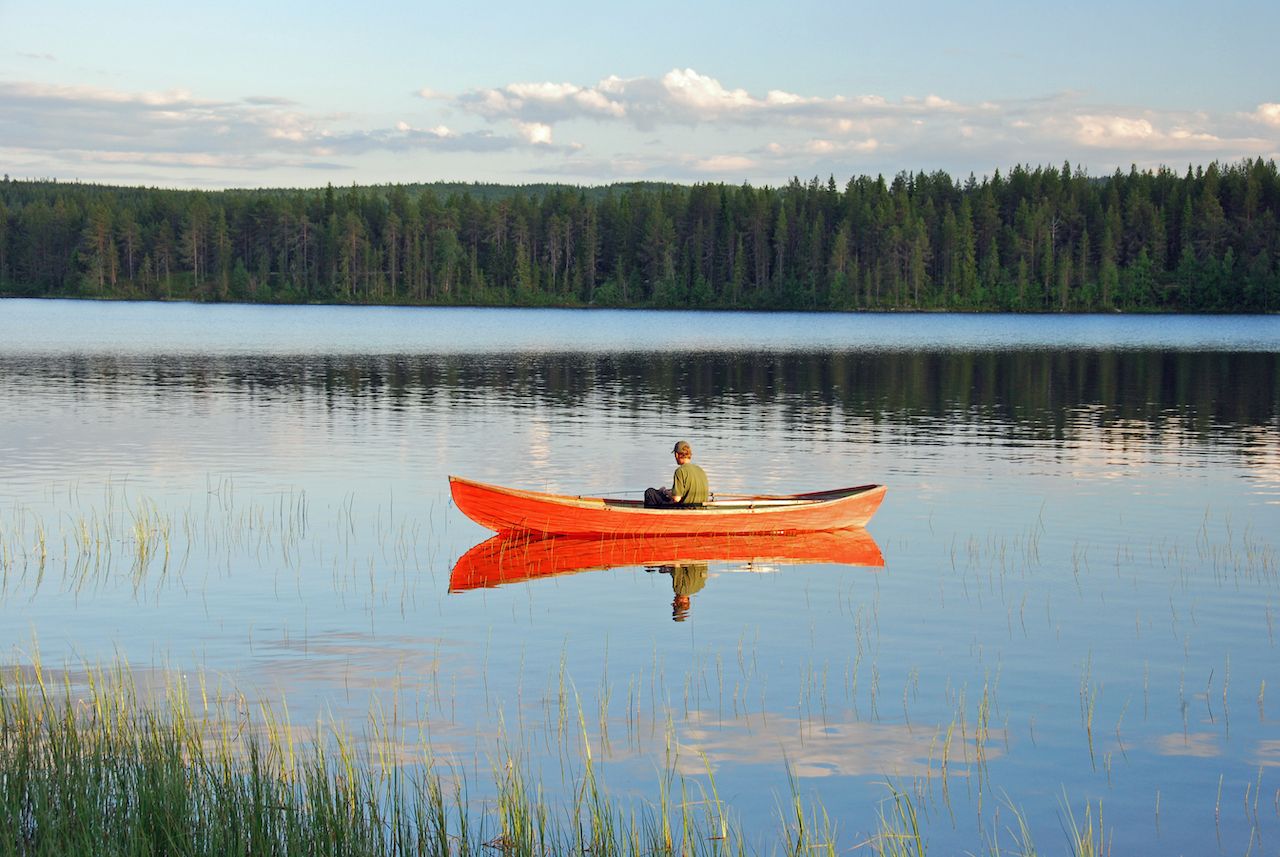 During late summer and throughout autumn, Finland’s forests are full of delicious berries and mushrooms just waiting to be picked. Many of them — such as cloudberries, lingonberries, and bilberries — aren’t commonly available outside of Northern European countries, so it’s a good idea to stock up on them while you have the chance. With Everyman’s Rights, you’re allowed to pick as much as you want. Although many of the berries and mushrooms are delicious and perfectly safe to eat, there are also some poisonous ones, so make sure you know what you’re putting in your mouth.

If you’re looking for a more substantial meal, get your fishing rod ready. Fishing is allowed everywhere with a simple rod with hook and line. Other types of fishing and any kind of hunting require you carry a special license. 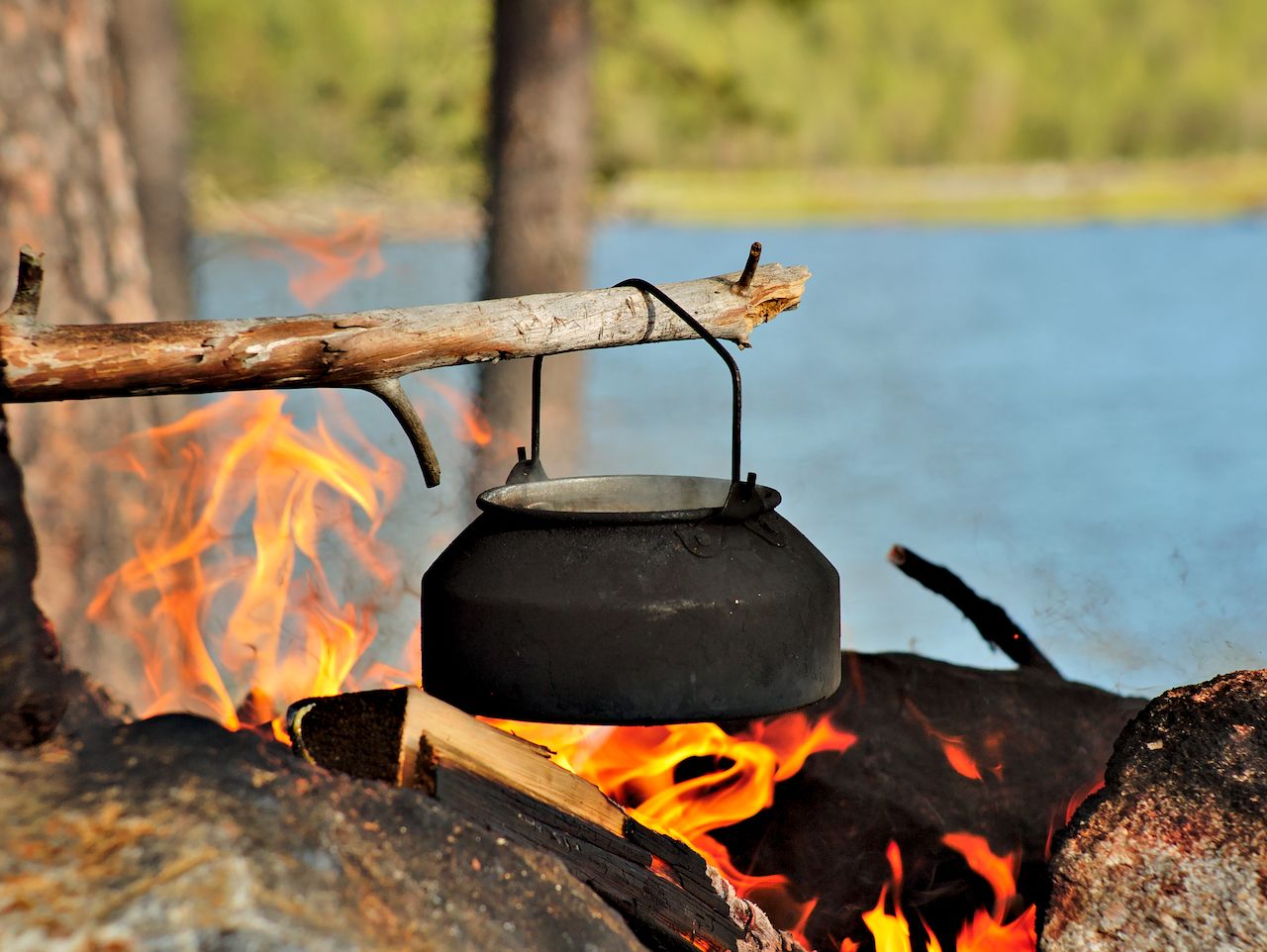 Bad news for lovers of toasted marshmallows — setting up an open fire is only allowed with the landowner’s permission. There are plenty of other options to cook your own meal though. National parks have designated campfire spots and covered areas for cooking. Often even the firewood is provided, so you’ll only need to bring along some matches. It’s also allowed to cook using a portable camping stove.

Now that you’re geared up with all the necessary information, it’s time to plan your next escape to Finnish nature, the perfect reason for a good old road trip from Helsinki. Finland is a vast country with endless opportunities for road trips. Thanks to Everyman’s Rights, accommodation and activities are already sorted.

WellnessThe Best Saunas You Need To Visit in Helsinki, Finland
Tagged
Outdoor Finland
What did you think of this story?
Meh
Good
Awesome