It can be tough to get a sense of a building’s scale unless you’re comparing it first-hand, side-by-side, with a skyscraper. When many of us were growing up, the Sears Tower (now the Willis Tower) in Chicago, Illinois, was the tallest building in the country, but that title has since been awarded to the One World Trade Center in New York City. We know how tall the WTC is in feet, but exactly how much taller than the other skyscrapers in the country? And what does that actually look like? Thanks to this data visualization put together by reddit user takeasecond, which compares each state’s tallest building in a simple infographic, we can easily compare and contrast our nation’s skyscrapers. 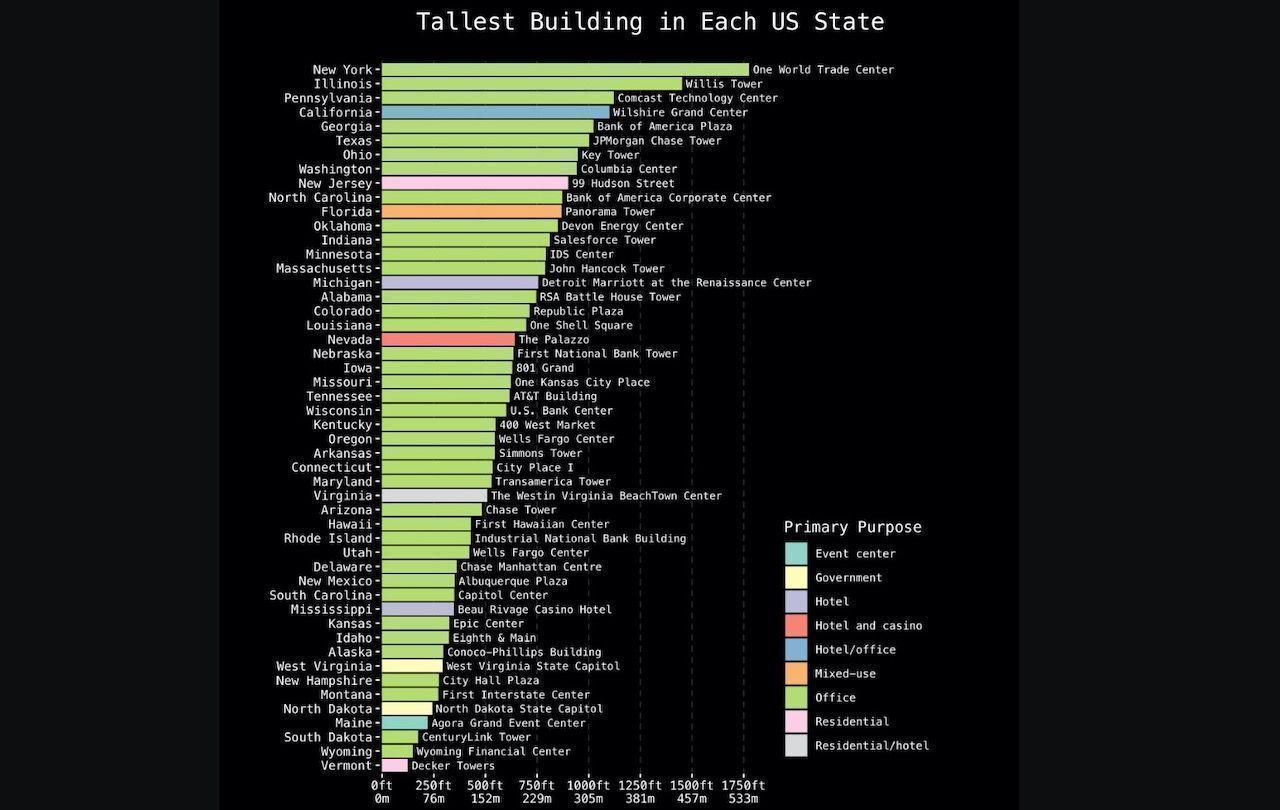 The chart is also color-coded by function, so we can see what our country’s tallest buildings are actually being used for. While some serve as hotels, residential spaces, casinos, or government buildings, skyscrapers overwhelmingly seem to serve as office spaces.

The chart also helps put these buildings into perspective. If you grew up in Burlington, Vermont, and have never ventured far from home, the Decker Towers might feel like a colossal monolith. Seeing how it stacks up next to the One World Trade Center — or even Wisconsin’s US Bank Center — is pretty eye-opening.

The chart pretty much speaks for itself, but Nevada’s Palazzo deserves a special shoutout for being the only hotel/casino to crack the list. Nevada certainly didn’t let us down.