New constructions, whether they be for practical use like apartment buildings and airports, or the home of art and cultural displays like museums, have the potential to be so striking that they can liven up a skyline, transform a city, and become symbols of creativity and innovation. In 2019, architects around the world have done just that by creating amazing structures that have already left their marks; some have focused on sustainability, others concentrated on an efficient use of space, and all have made sure to include jaw-dropping aesthetics. Here’s a look back at the craziest architectural projects that opened in 2019. 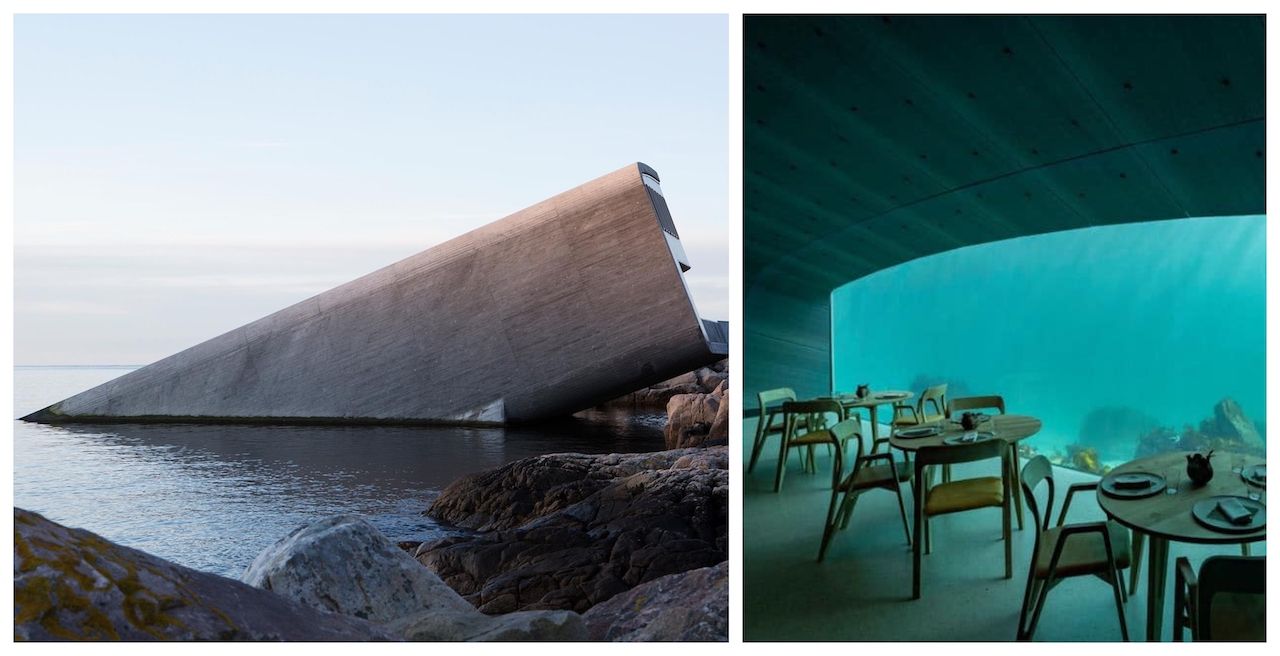 This aptly-named restaurant is located in the Lindesnes region on the southern tip of Norway, and while the entrance is aboveground, you’ll be dining more than 16 feet under the North Atlantic Ocean’s surface. Europe’s first underwater restaurant, Under was designed by Norwegian architecture firm Snøhetta, with concrete walls built to withstand rough waters and function as an artificial reef as time goes on. The restaurant, which accommodates up to 40 guests and has views of the seabed, also serves as a research center for marine life, with cameras and measurement tools affixed to the exterior walls to help scientists observe the area’s marine ecosystem. 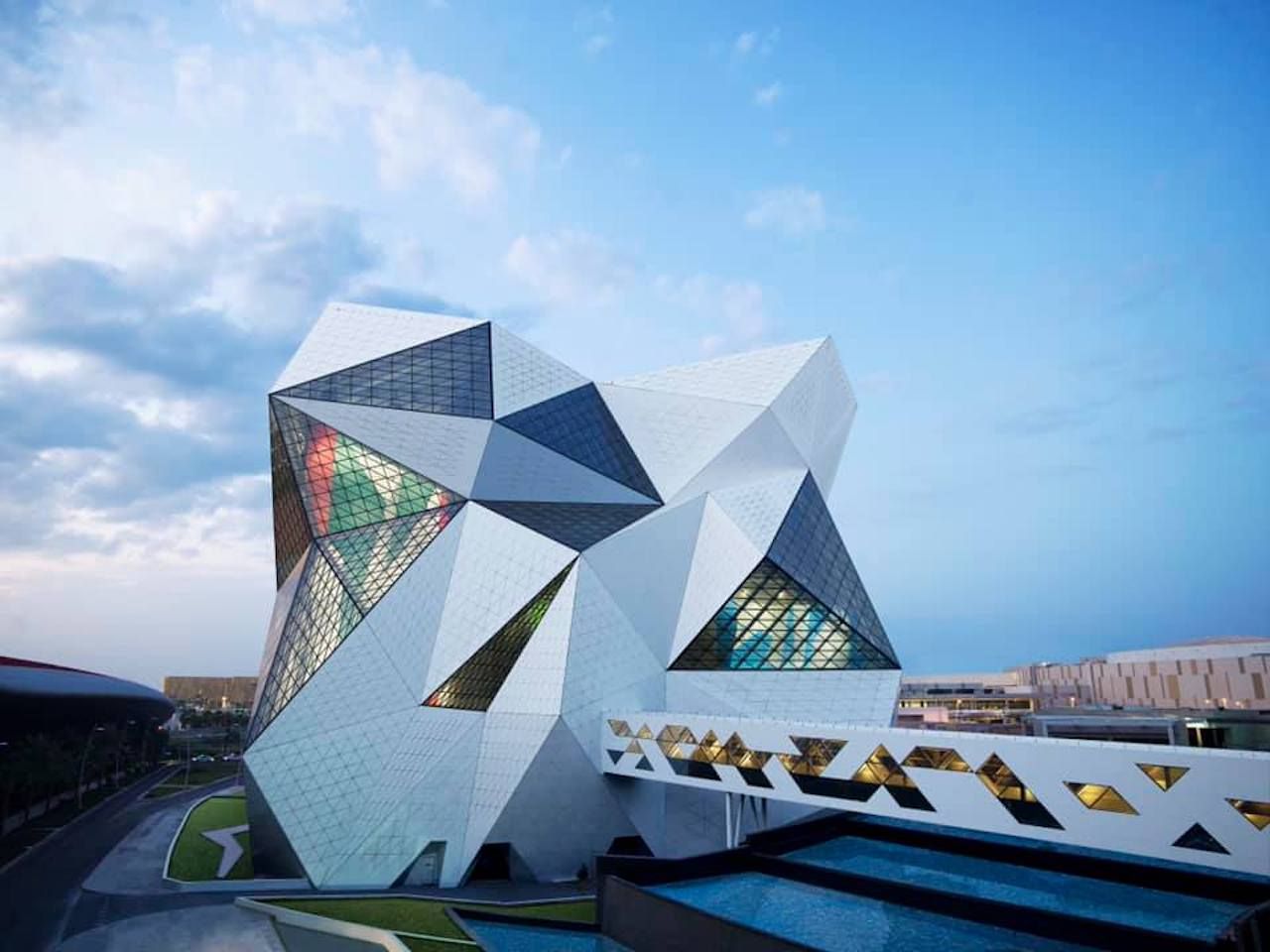 The United Arab Emirates is no stranger to record-breaking architectural feats, so it’s hardly surprising that Abu Dhabi unveiled the world’s tallest indoor climbing wall last November. Named The Summyt, the 141-foot-high climbing wall is part of indoor adventure venue Clymb Abu Dhabi, which also features the world’s biggest indoor skydiving flight chamber. Located on the man-made Yas Island, Clymb is pretty tough to miss. The building is an angular, multi-faceted structure that seems straight out of a sci-fi movie. 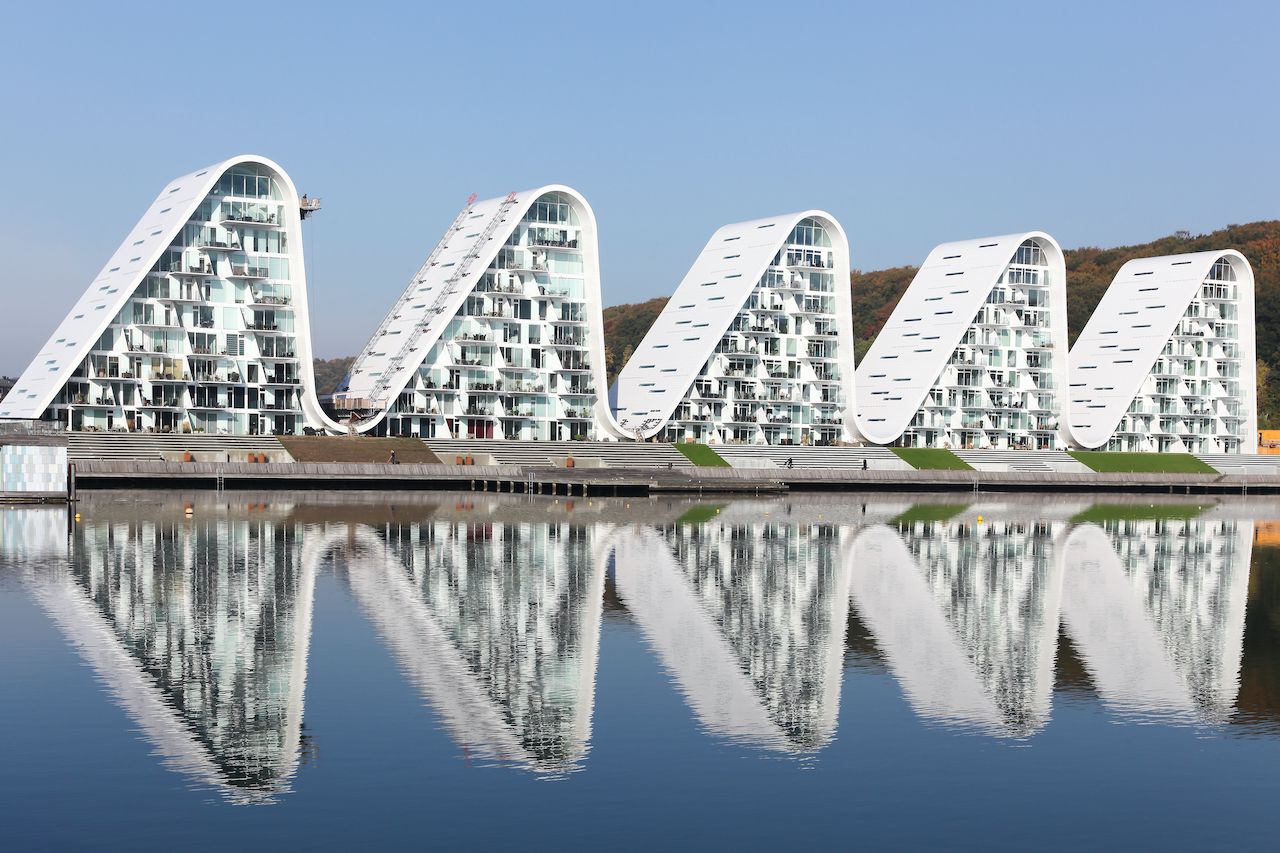 Living in this apartment complex is very cool, if you don’t mind waking up to people taking photos of your windows every morning. Gawking tourists just comes with the territory, however, when you decide to live in The Wave, a waterfront apartment complex in Vejle, Denmark. Designed by Henning Larsen Architects, the building is comprised of five wave-shaped towers covering three and a half acres and a public pier. Although each wave may appear separate, they’re all connected by a single unifying ground floor. The complex, which was started in 2006 and finally completed in early 2019, is meant to represent Vejle’s seafaring heritage, as well as pay homage to the surrounding hills and fjord. 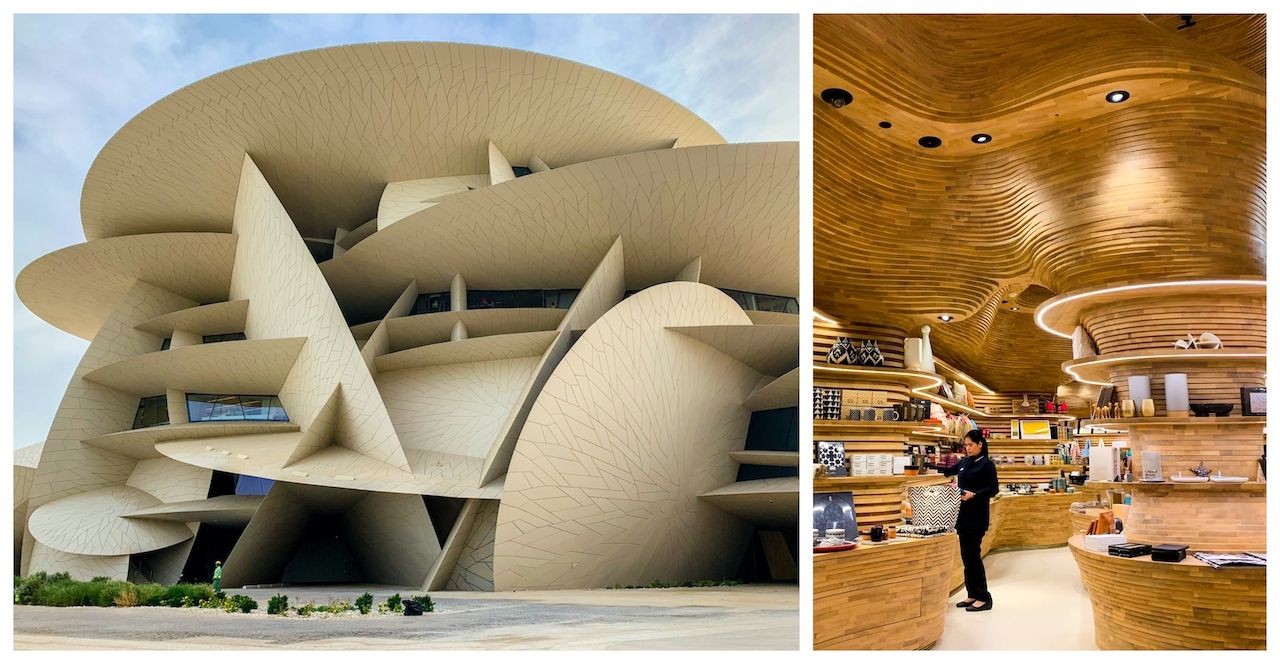 The exterior of the National Museum of Qatar was obviously inspired by the desert rose, a crystal group commonly found in desert regions. With curved, sharp-looking disks, intersecting at various angles, the museum designed by architect Jean Nouvel is a stunning addition to the Doha landscape. The museum, which opened in March 2019, contains a 220-seat auditorium, a research center, laboratories, a rooftop restaurant, and even a landscaped park filled with Qatar’s indigenous plants. Inside, it’s just as amazing; the museum, which spans nearly one mile, is organized in three chapters — Beginnings, Life in Qatar, and the Modern History of Qatar — in a remarkable, curvy interior. 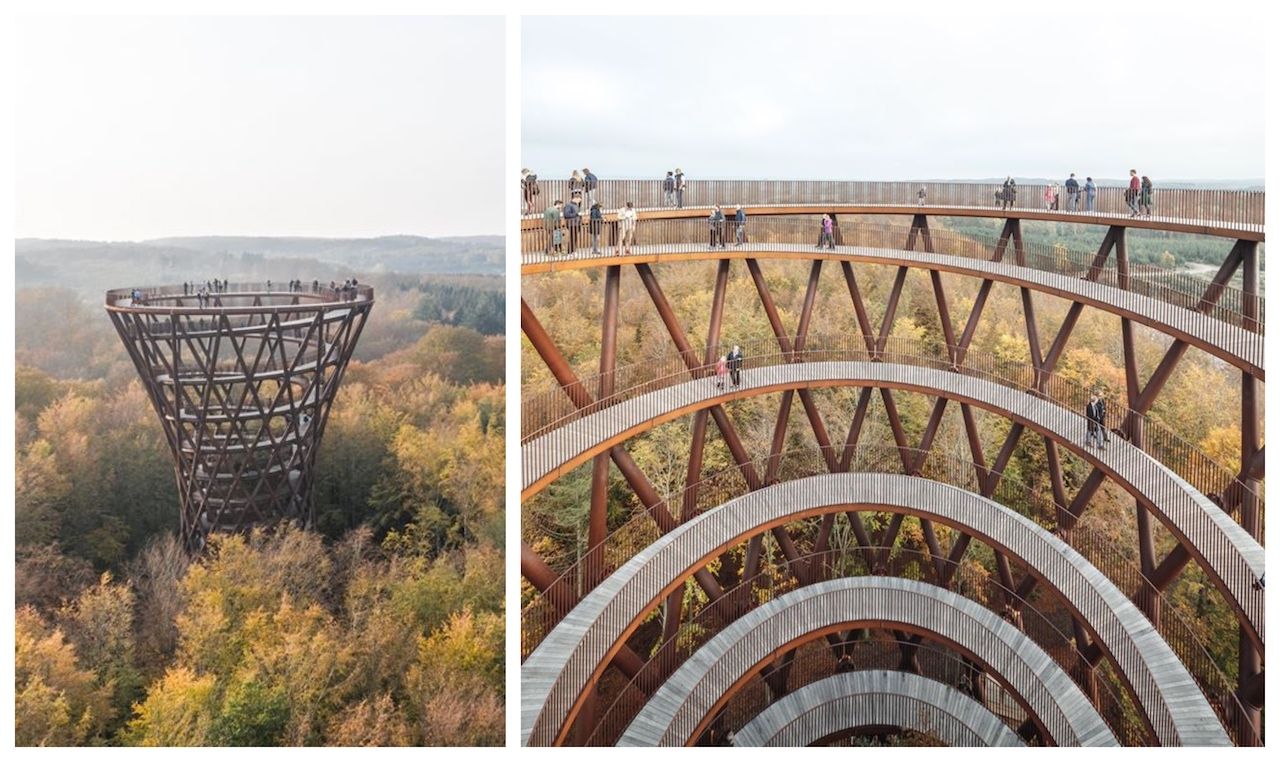 In one of the most elegant marriages of technology and nature, architecture studio EFFEKT designed this futuristic-looking structure to give visitors a true 360-degree view of the treetops. Located about an hour south of Copenhagen in a preserved forest, the spiral walkway is connected to a 148-foot-high observation tower, and is split into two routes: a high route that passes through the older part of the forest and gets you to the top of the tower, and a low route passing through the younger part. The best part of the whole experience is that the walkway is so wide and slopes upward so gently that it’s accessible to all, including those with mobility issues and parents with strollers. The Forest Tower is part of Camp Adventure, a climbing-con-obstacle course park that includes zip lines and trapezes. The treetop experience has been welcoming visitors since spring 2019. 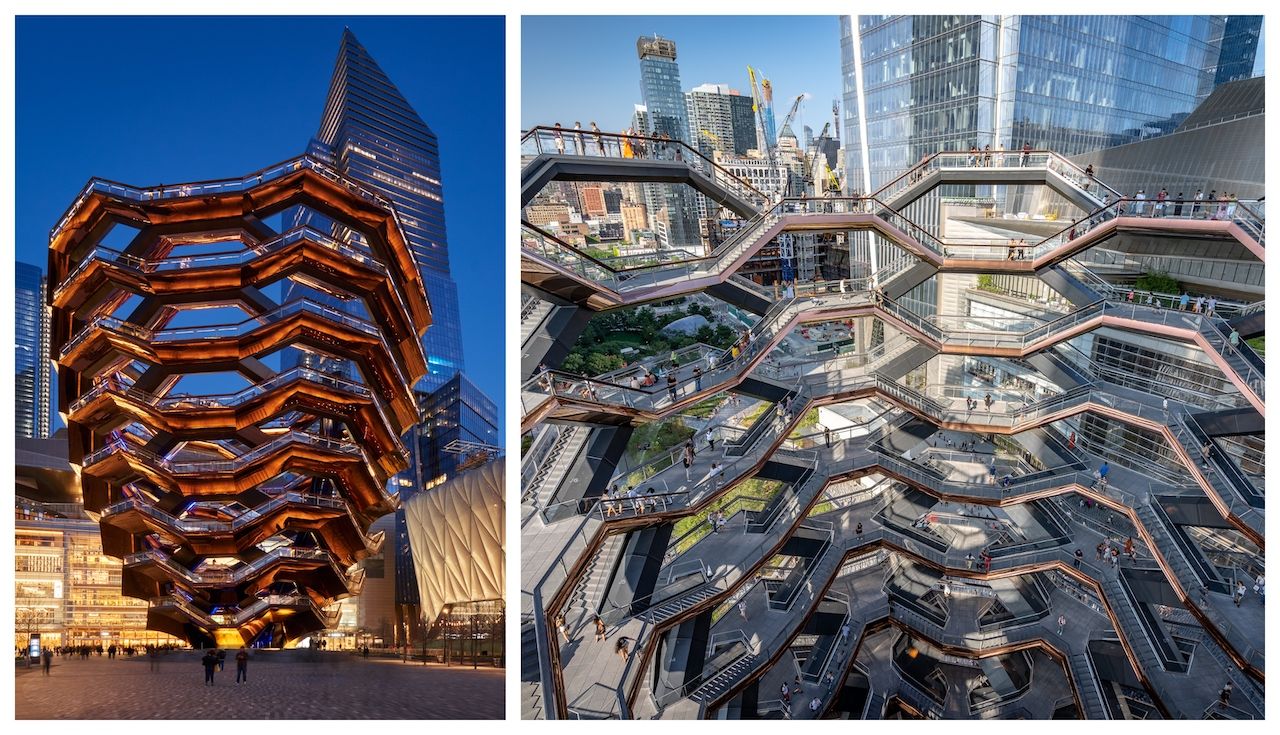 The new centerpiece of New York City’s Hudson Yards neighborhood, the Vessel is an interactive landmark that will have visitors craning their necks skyward. The 150-foot-tall spiral staircase was designed by Thomas Heatherwick of Heatherwick Studio as a focal point from which both New Yorkers and tourists can enjoy new perspectives of the city. The Vessel has 154 interconnecting flights of stairs, nearly 2,500 steps, and 80 landings, providing visitors with a myriad of angles for viewing the Big Apple. The Vessel is open every day of the week from 10:00 AM to 9:00 PM, though it closes at 7:00 PM until the end of February. 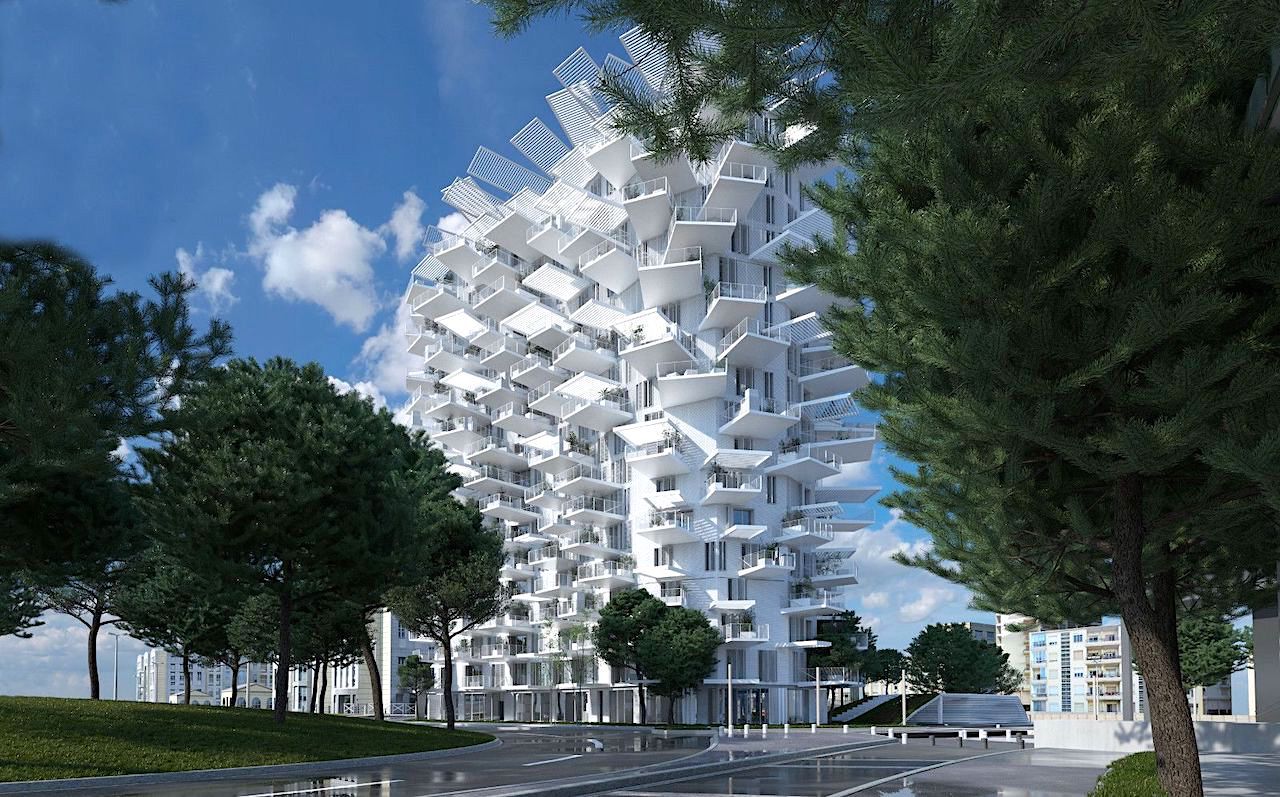 This gleaming white tower is a unique addition to the landscape of the city of Montpellier in southern France. L’Arbre Blanc (The White Tree), designed by Sou Fujimoto in conjunction with OXO Architectes and Nicolas Laisné Associés, is a residential building that contains 113 apartments with cantilevered balconies, extending from the tower like branches from a tree trunk. On the ground floor is an art gallery and the rooftop has a bar opening on a panoramic garden, both of which are open to the public. The building’s shape is intended to encourage residents to interact with one another, as well as to embrace the outdoors — not a hard thing to do in warm-weathered Montpellier. 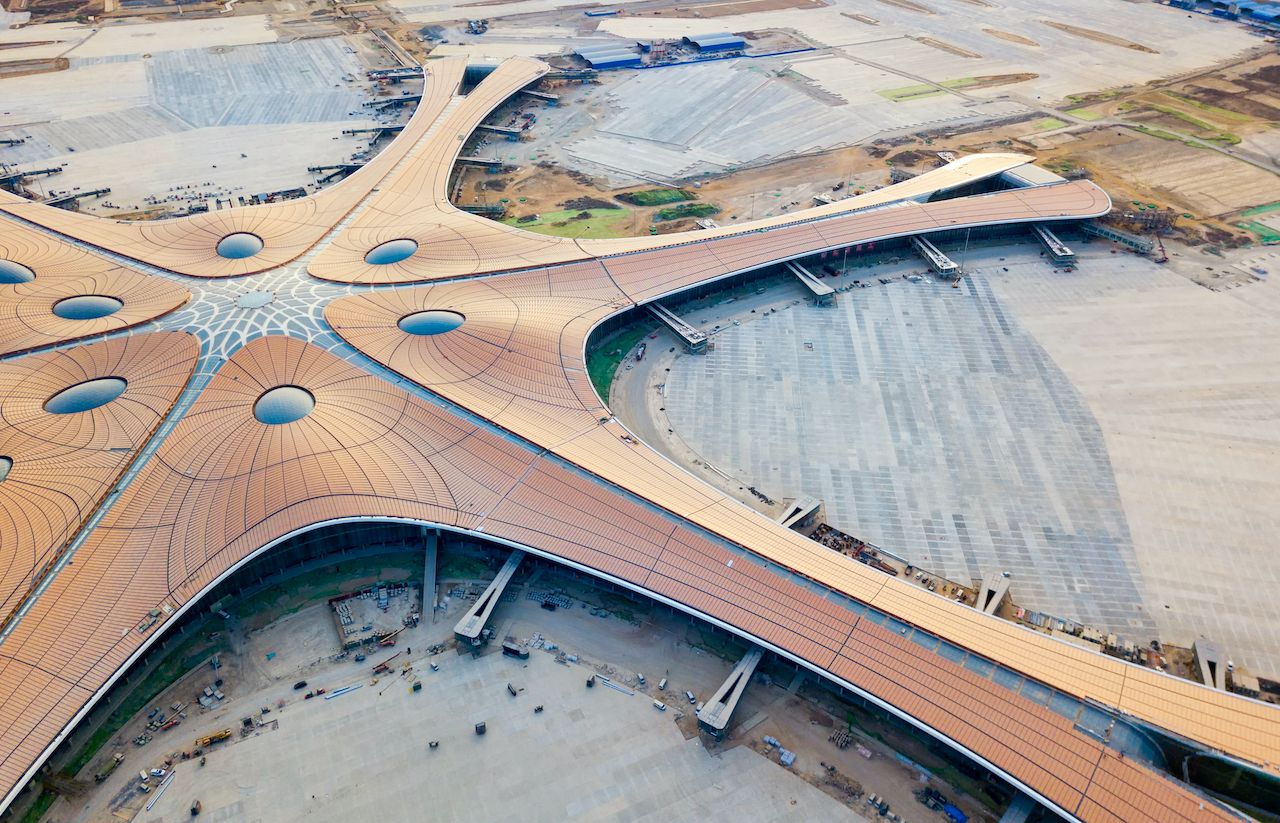 In September, China opened the new Daxing International Airport in Beijing, the largest single-building terminal in the world. Designed by the late, world-renowned architect Zaha Hadid to welcome 72 million passengers by 2025, and 100 million by 2040, the airport is nicknamed “the starfish” for its unusual design. The 7.5 million-square-foot airport features service robots patrolling the terminals to help passengers with flight updates, express trains to the city center, and a bright, spacious interior. 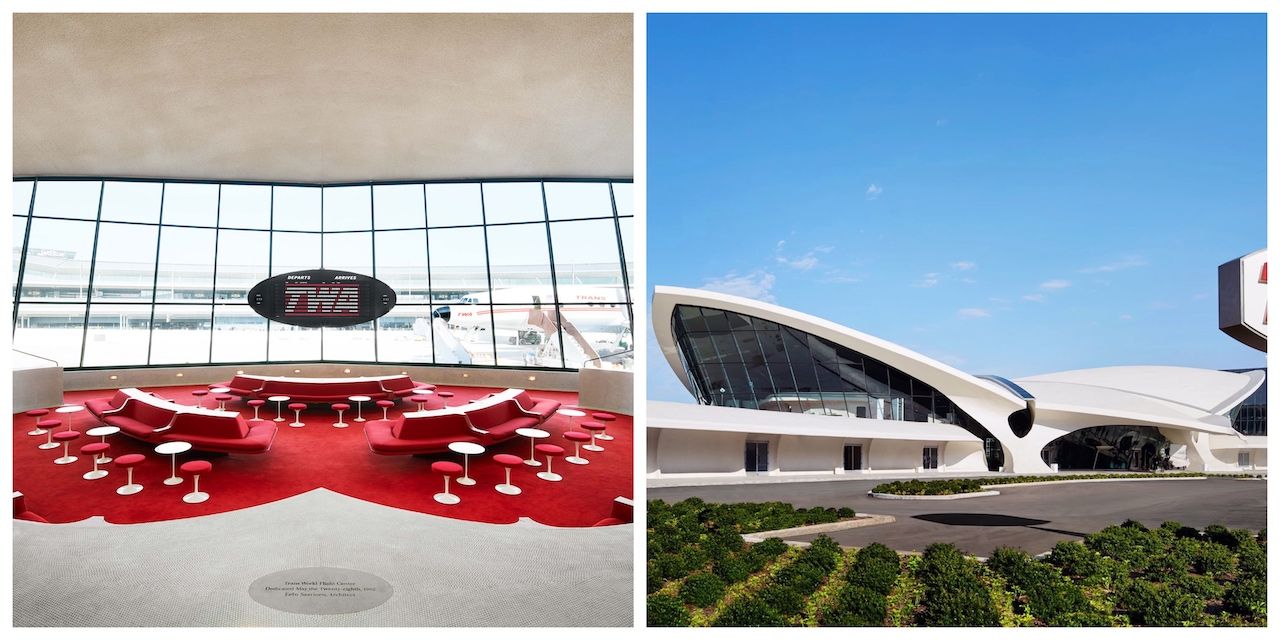 Putting old, out-of-date structures to new, remarkable use is architecture at its best. The TWA Flight Center located at John F. Kennedy Airport in New York was designed by famous architect Eero Saarinen and built in 1962. In 2001, however, the building was shut down and left sitting empty until 2016 when construction on the TWA Hotel began. Two wings filled with 512 hotel rooms, a fitness center, and event spaces were added to the original center, where restaurants, bars, and retail outlets now welcome weary travelers. The TWA Hotel has kept the 1960s vibe throughout and the whole place oozes elegant, retro charm. The icing on the cake of this revitalized structure is the rooftop infinity pool and observation deck. The 63-by-20-foot-long pool allows guests to relax while watching planes take off and land, and it’s even open to non-hotel guests (as long as you have a reservation).