Whether you’re traveling with the fam seeking something educational and entertaining, or you’re just a self-avowed science nerd, natural history museums are the bomb. They’re particularly awesome at providing kids (and kids at heart) with a sense of place and history, showcasing the region’s plants and animals, living and extinct, and featuring artifacts that humanity has crafted. Natural history museums tend to have an outer space or oceanic element, and lately, a climate change-related feature, examining local and global phenomena like glacial melting or earthquakes. At this point, natural history museums are pretty much expected to have a dinosaur skeleton — or several — to give visitors an idea of what came before their era. Curators know that just looking at rare treasures can get boring — visitors want to touch — so many museums have an experiential element, like hands-on animal exhibits, 3D theaters, and planetariums with laser shows, making for exciting, all-day excursions. The following 11 natural history museums are a great addition to any itinerary for kiddos, geeks, and everyone in between. 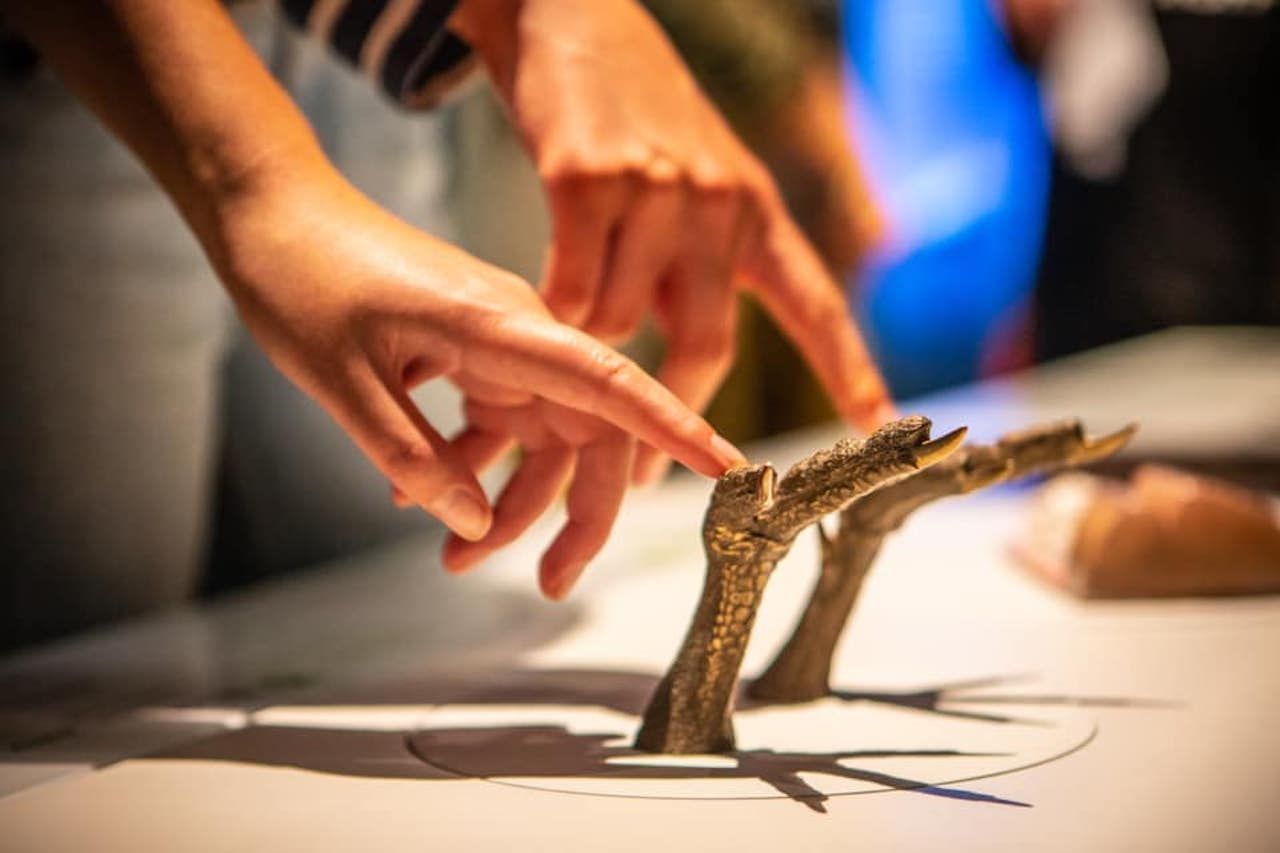 The endearing nickname “Te Papa” is an abbreviation of the Māori translation of “the Museum of New Zealand.” It’s free to get in to see the collaborative, bicultural museum’s awesome permanent collections of artifacts iconic to New Zealand — and the holdings aren’t just science- and nature-related. Rather, there are five types of collections in the Wellington facility: art, history, Māori, Pacific cultures, and natural history. Plus, the online collections showcase more than 800,000 images of Te Papa’s holdings — from antique toys to kiwi feather cloaks. Te Papa is open daily except for Christmas from 10:00 AM to 6:00 PM. Admission is free barring some special exhibits; find out more on its website. 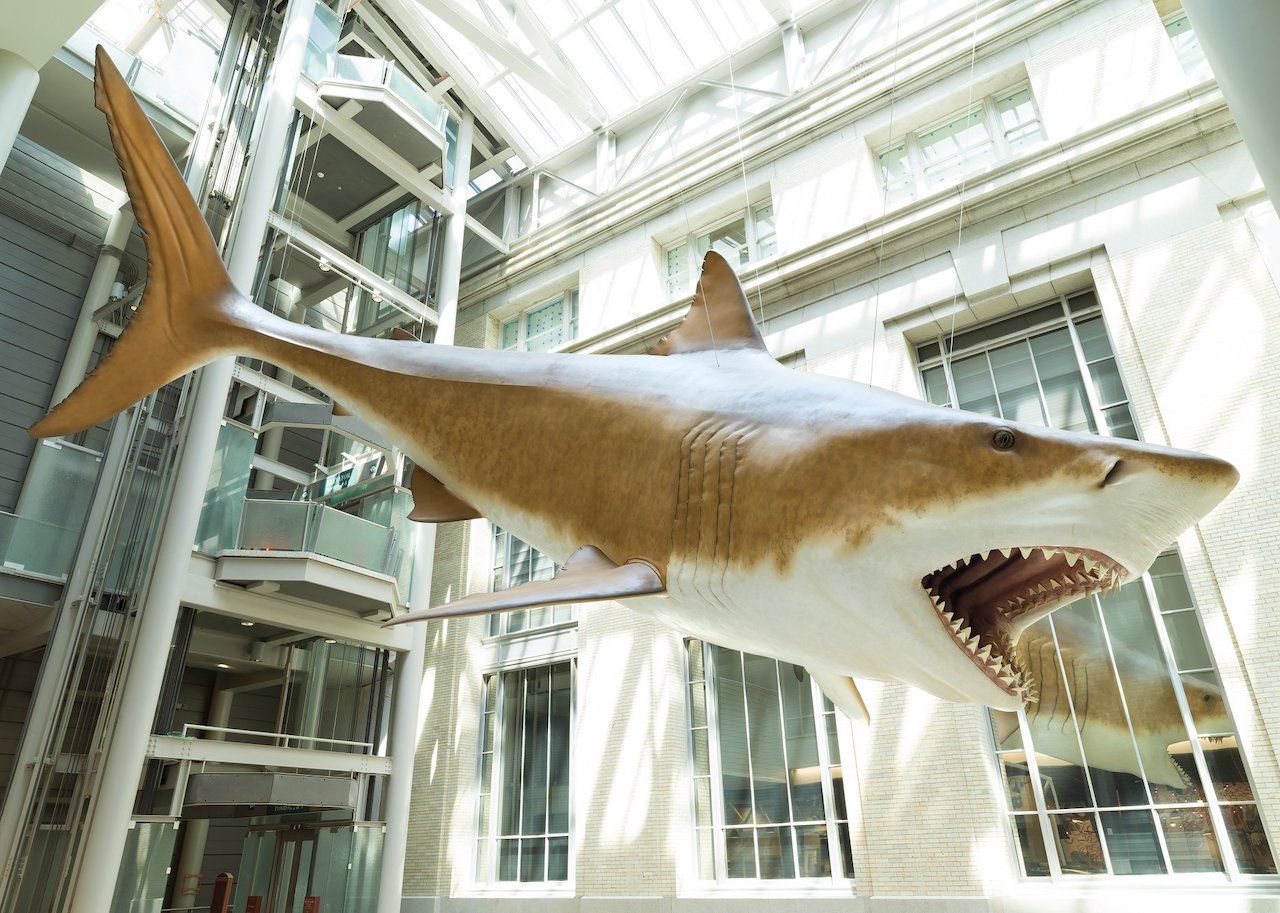 It doesn’t get much better than the Smithsonian’s National Museum of Natural History on the Mall in Washington, DC. This museum is all about three-story-tall dinosaur skeletons, monstrous deep-sea creature fossils, the ancestral human lineage, and multimillion-dollar kaleidoscope gemstones. Feedings of live creepy crawlies like tarantulas and butterflies occur throughout the day. The museum has 145 million holdings, so there’s no way to see the treasures on display in one day. Hours are extended during the summer, from 10:00 AM to 7:30 PM most days of the week, so you can see more than usual. Admission is free. Check for complete visitation details on its website. 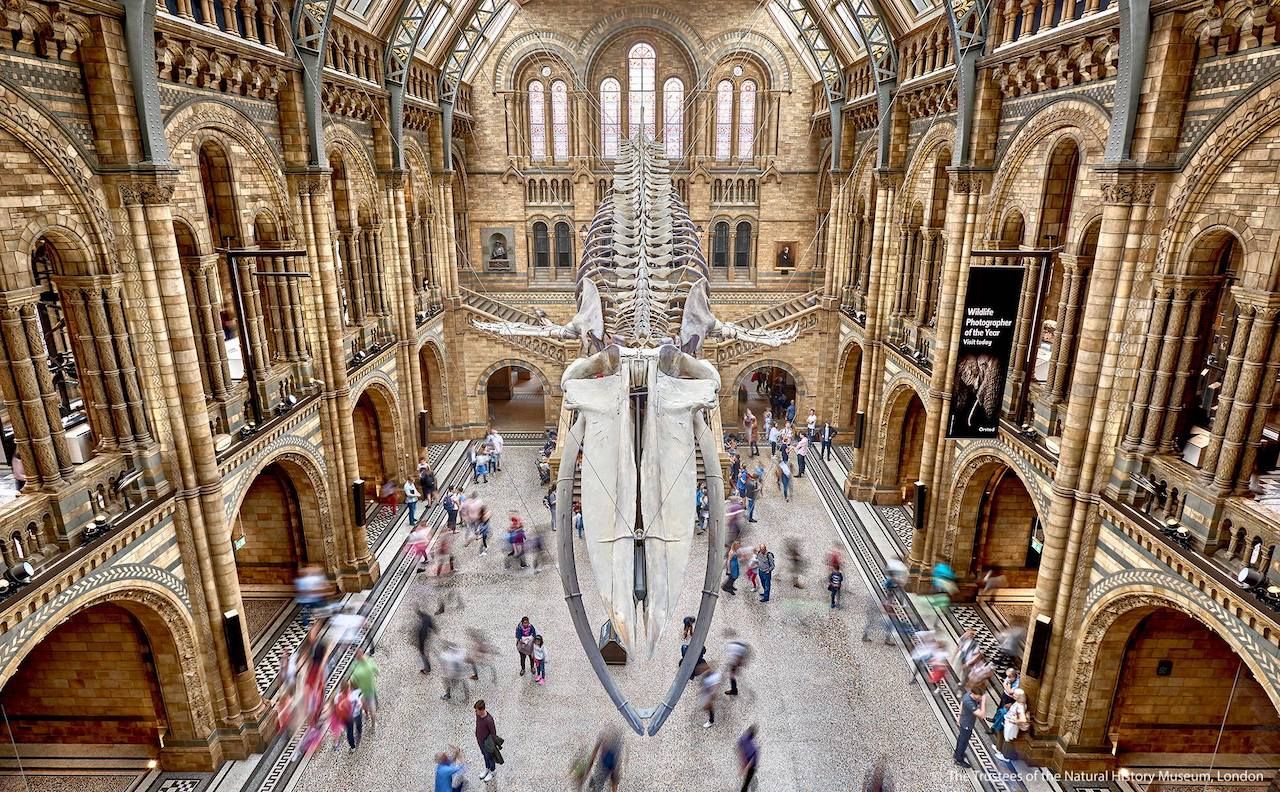 London’s Natural History Museum in South Kensington is something like a grand-scale hall of curiosities divided into four zones: blue (biology); green (evolution); red (geology); and orange (outdoors/hands-on). A giant blue whale skeleton stretches along the length of the Green Zone’s ceiling. In the Red Zone, you’ll also find some of the world’s rarest minerals, like a fully crystallized gold nugget found in Australia. The Blue Zone holds a collection of interesting creatures preserved in jars of spirits, as in the alcoholic variety. Luckily, outside the museum, the Orange Zone features a (living!) wildlife garden, which could help offset any guilt acquired by looking at dead critters floating in containers of booze. There’s a space area, a human evolution exhibit, and a British animalia collection. The museum also has a branch in Tring, and entry to both branches is free. Both are open every day of the year except December 24-26. The Kensington branch is open from 10:00 AM until the last admission at 5:30 PM. The Tring branch keeps slightly different hours and exhibits. Check out the museum’s website for full details. 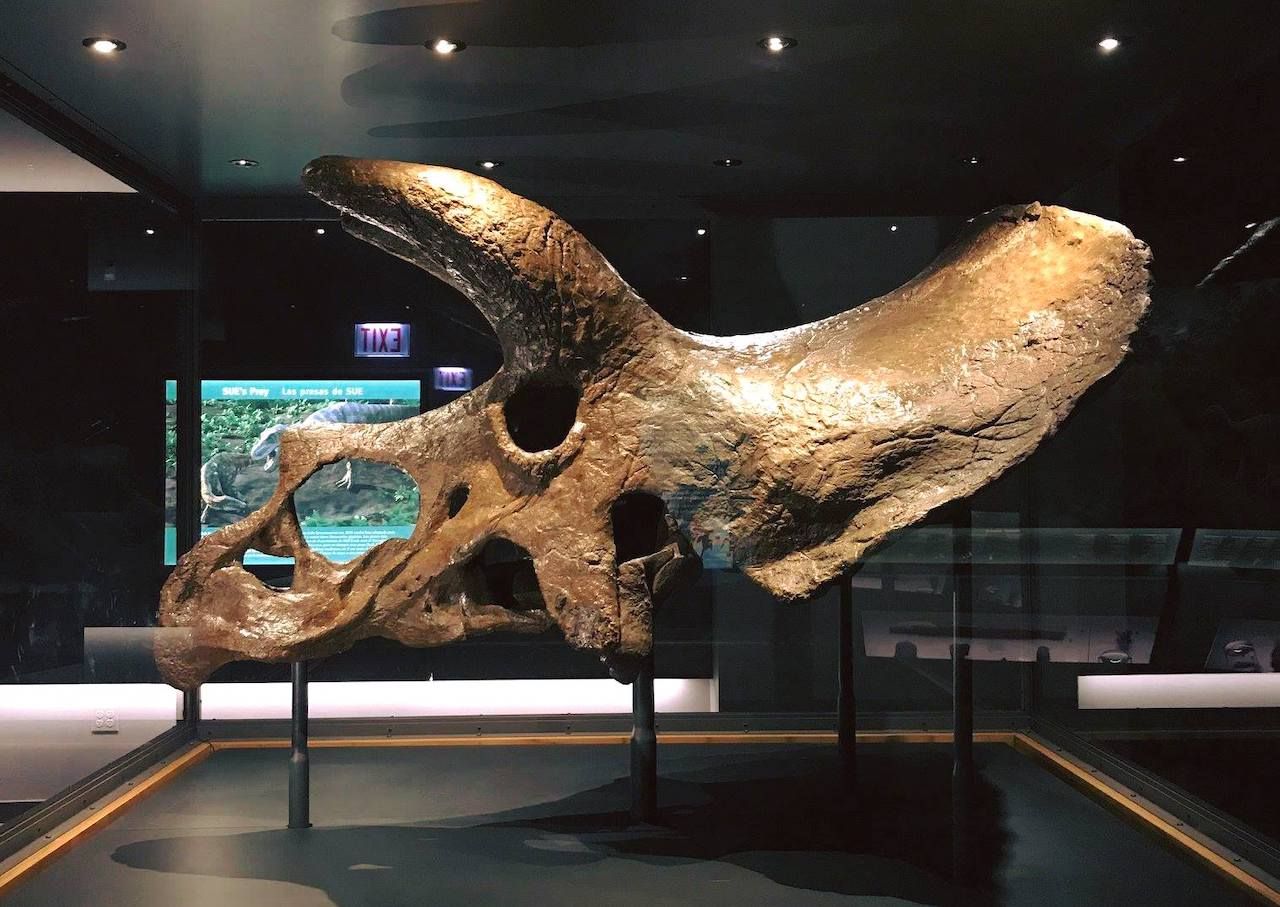 The Field Museum in Chicago is world famous for many reasons. For starters, it hosts Sue, the world’s most complete Tyrannosaurus rex, as well as a huge collection of human and animal mummies in a replicated mastaba in the Egyptian exhibit. The museum also holds the remains of the world’s largest dinosaur (that’d be Máximo, the 70-ton Argentine Titanosaurus, which is still the biggest known creature ever to have lived). Fans rave about the museum’s ground-floor bathrooms near the gift shop, so check those out. There’s also a 3D movie theater showing cool science flicks, and revolving special exhibits, lectures, community outreach, and workshops. Admission is $38 for adults including a 3D movie and $24 without. There are some special discount days throughout the year. The museum is open every day but Christmas, from 9:00 AM to 5:00 PM, with the last admission at 4:00 PM. Check out the website for more information. 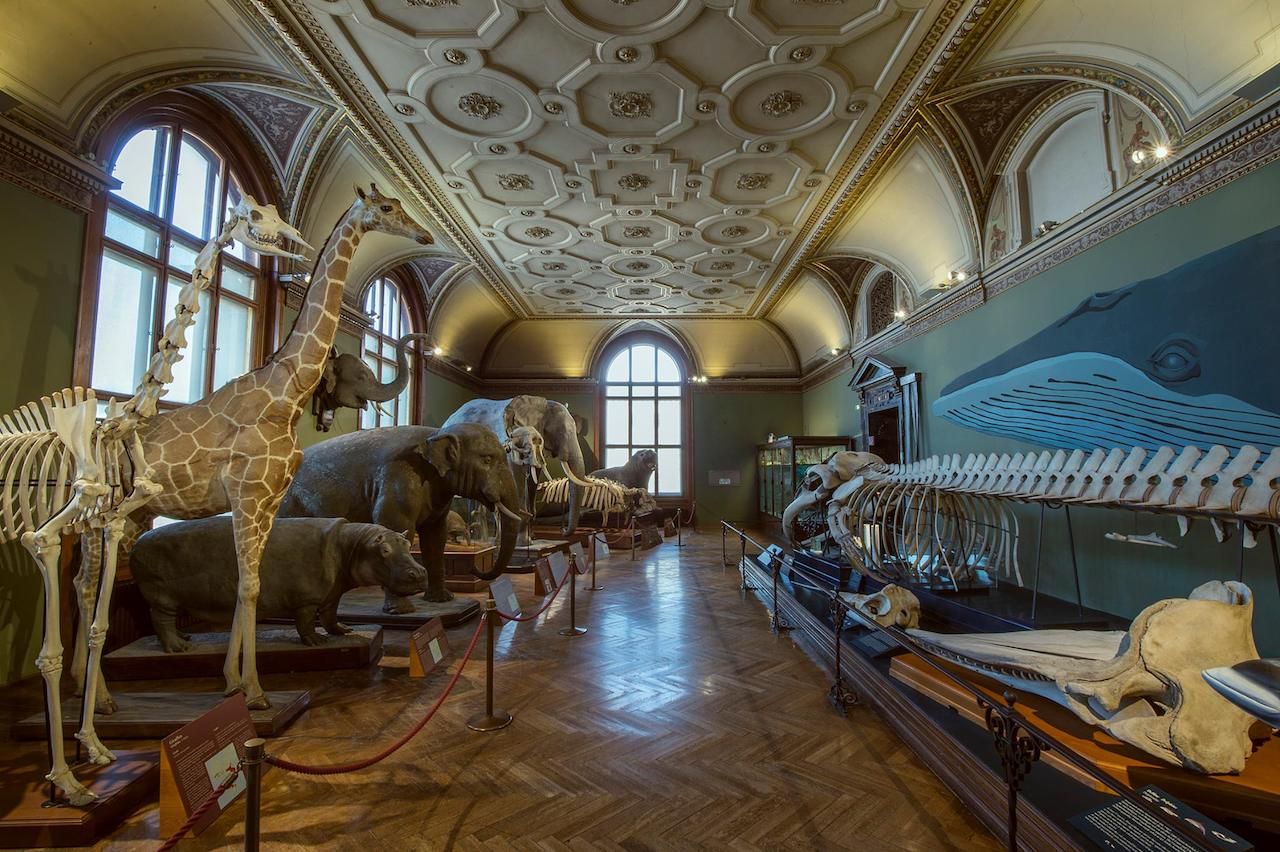 The Natural History Museum in Vienna opened 125 years ago in a gorgeous marble and limestone building that was constructed between 1871 and 1881, so keep your eyes peeled for some gorgeous architecture while you’re inside. Lovers of ancient art flock to see the museum’s prize: the “Venus de Willendorf,” a carved stone female effigy that is almost 30,000 years old. As the first museum dedicated to the theory of evolution, Charles Darwin’s likeness is represented throughout the building, on friezes and paintings. The museum also holds the world’s largest collection of meteorites, and many dinosaurs and fossils. All this stands in contrast with a forward-thinking digital planetarium, featuring virtual reality tours of the Milky Way and Saturn’s rings. Past meets present with regard to the museum’s primary research focus, which is the implications of climate change on the future of evolution and extinction. The museum is open every day from 9:00 AM to 6:30 PM, except on Wednesdays when it’s open until 9:00 PM, and it’s closed on Tuesdays. Admission for adults is about $13.50, and extra for the planetarium. Visit the website for more information. 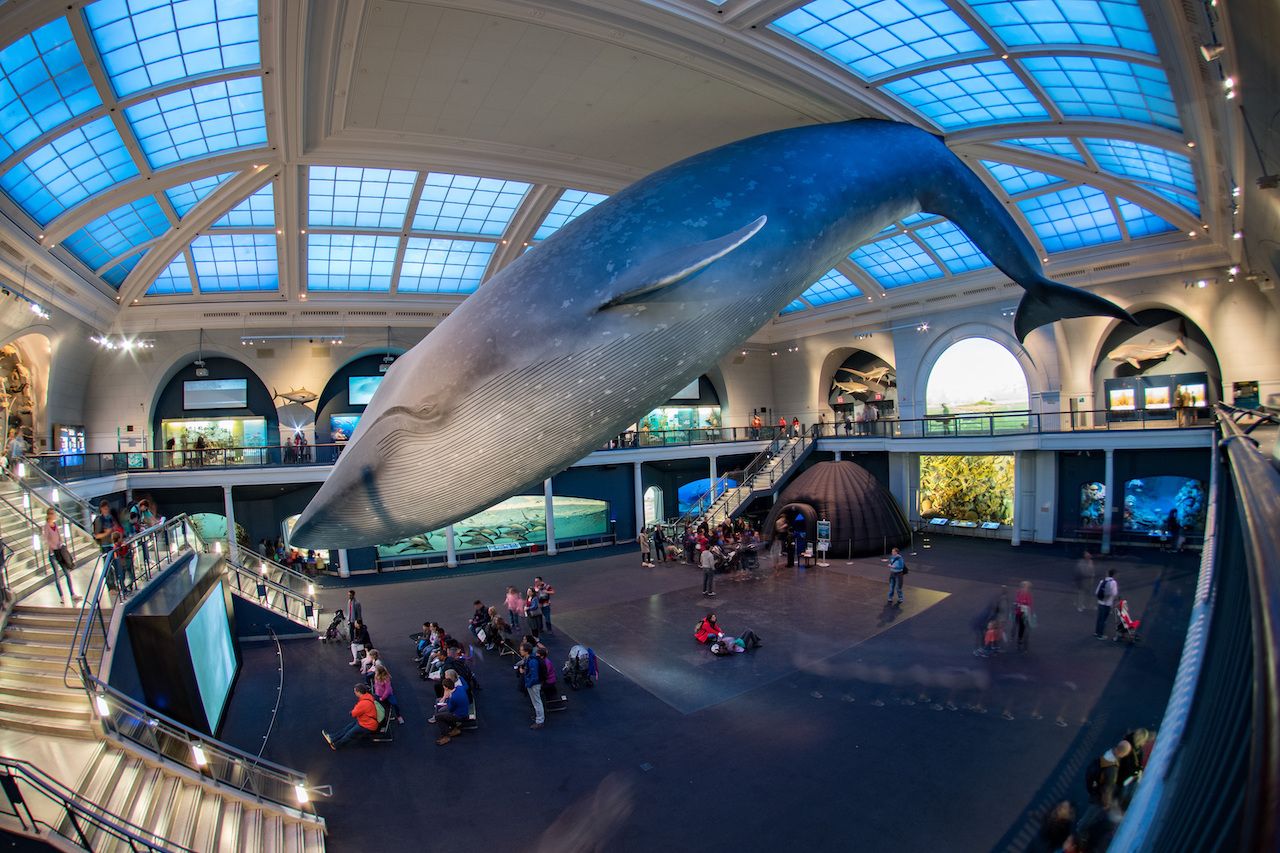 New York’s American Museum of Natural History is one of the largest in the world, with 33 million specimens inside. It’s also one of the world’s most visited — along with, but not to be confused with, the Smithsonian’s natural history museum in DC. One of the coolest things about the American Museum of Natural History is that it hosts sleepovers from time to time, which served as the inspiration for the 2006 Ben Stiller classic flick, Night at the Museum. Ongoing exhibits include dinosaurs (including a nearly complete T. rex skeleton, always a crowd pleaser); a hall of ocean life; the hall of North American forests; a theater with a giant screen; and a planetarium. Admission for adults ranges from $23 to $33 depending on attractions, but there’s a little-known pay-as-you-wish option, only available at the counter. Learn more about visiting the museum on its website. 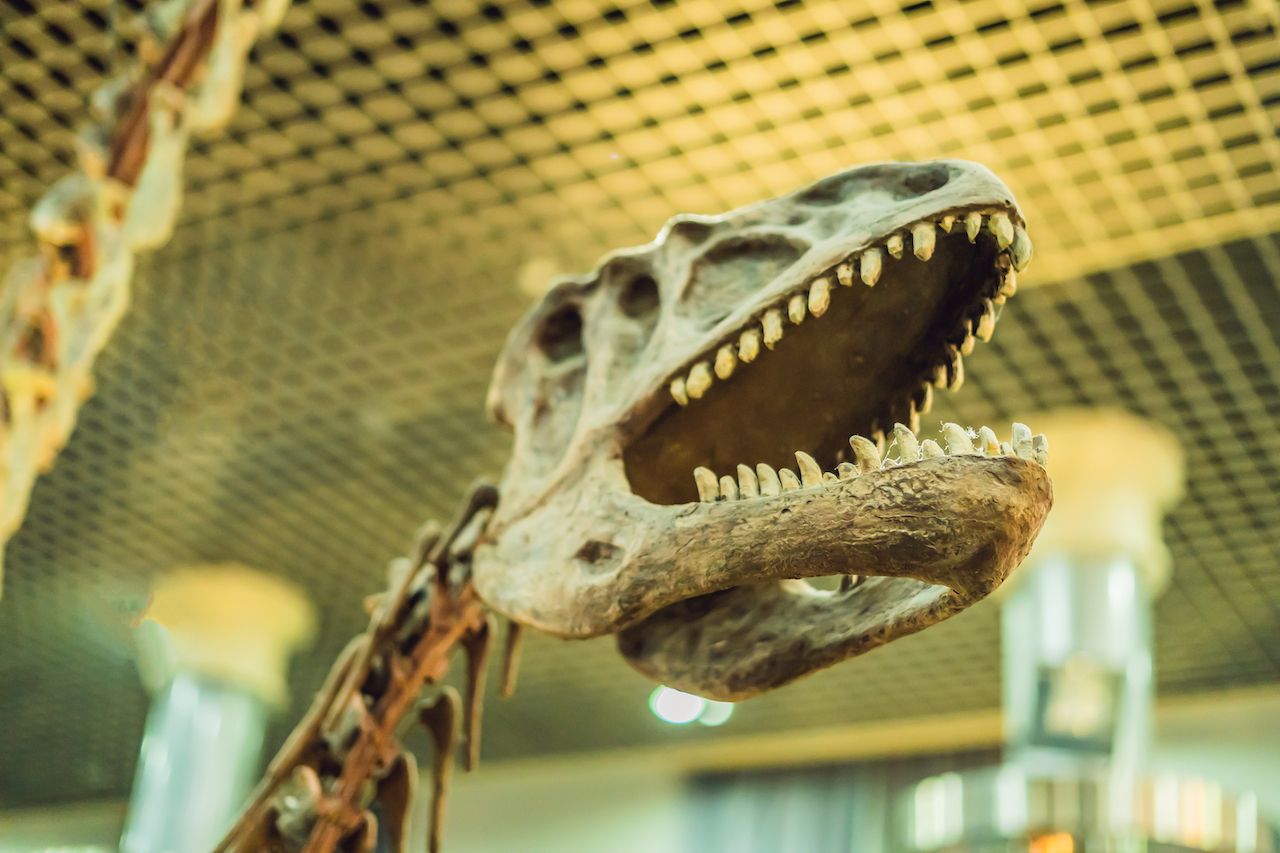 Admission to most exhibits in this gigantic Chinese natural history museum is free. In this case, “gigantic” means more than 86,000 square feet of display space, so there’s no way a person could see everything in a day. The museum is best known for its collection of rare, mummified, and fossilized dinosaurs, especially the world’s only known intact Stegodon zdanskyi skull. Another interesting exhibit is the South China Sea marine life display, with 10 sections and more than 500 specimens. The museum is open from 9:00 AM to 5:00 PM daily except for Mondays, with last entry at 4:30 PM. Check out the museum’s website before setting off. 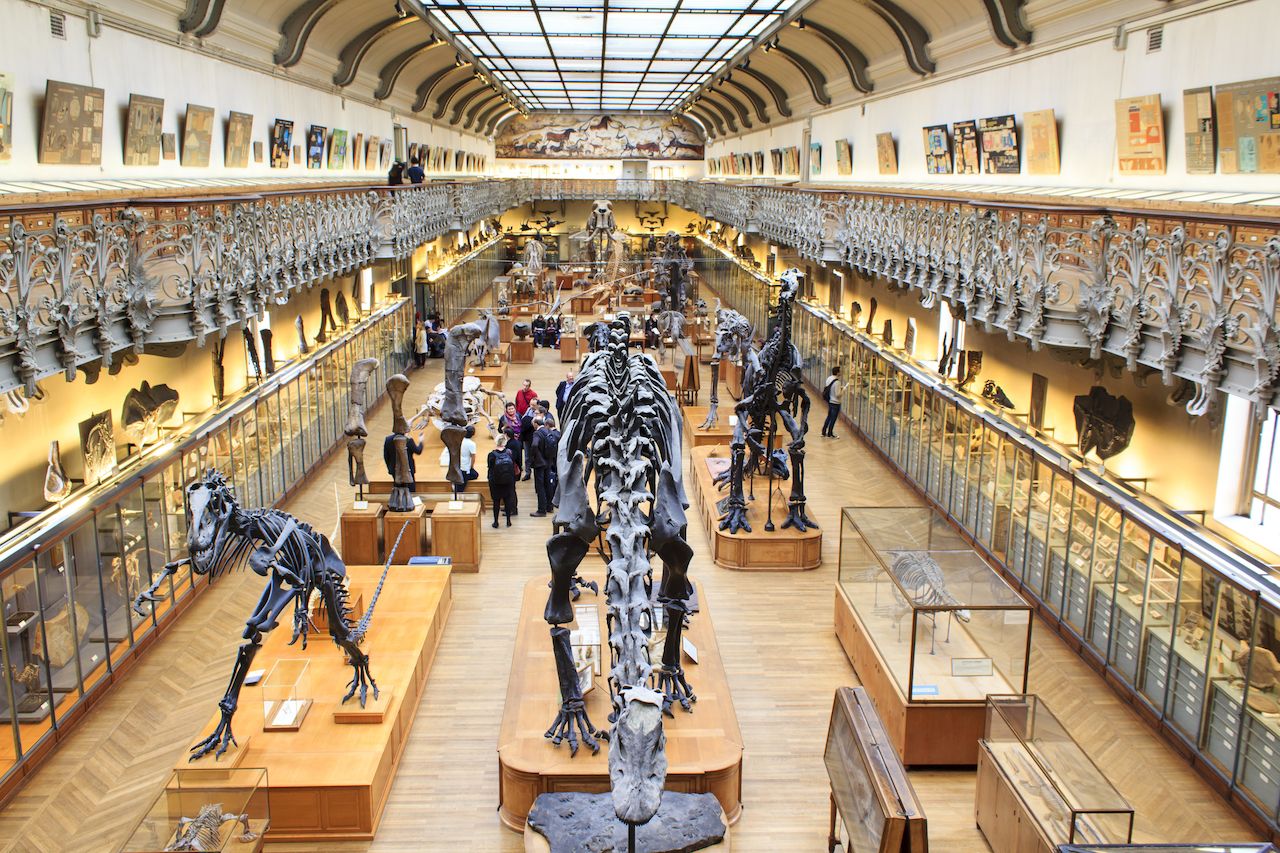 The French National Museum of Natural History is actually 12 sites in one, in Paris and Ile-de-France. The whole entity is unified with a mission to apply its diverse research findings to activism and education. There are several types of botanical gardens, a children’s museum, a Museum of Man, and the natural history museum proper, which itself is divided into four sections. There is an entire building dedicated to geology, and another is set aside for comparative anatomy and paleontology. A Cabinet of Virtual Reality — a first for a French museum — is located in the Great Gallery of Evolution. The museum is on top of social media trends, with a YouTube channel and a lively Twitter account. It takes a liberal stance about topics like migration and climate change, and ensures that visitors with limited mobility and intellectual challenges can enjoy the museum alongside everyone else. Ticket prices and hours vary depending on which sites are visited. Check out details on the website. 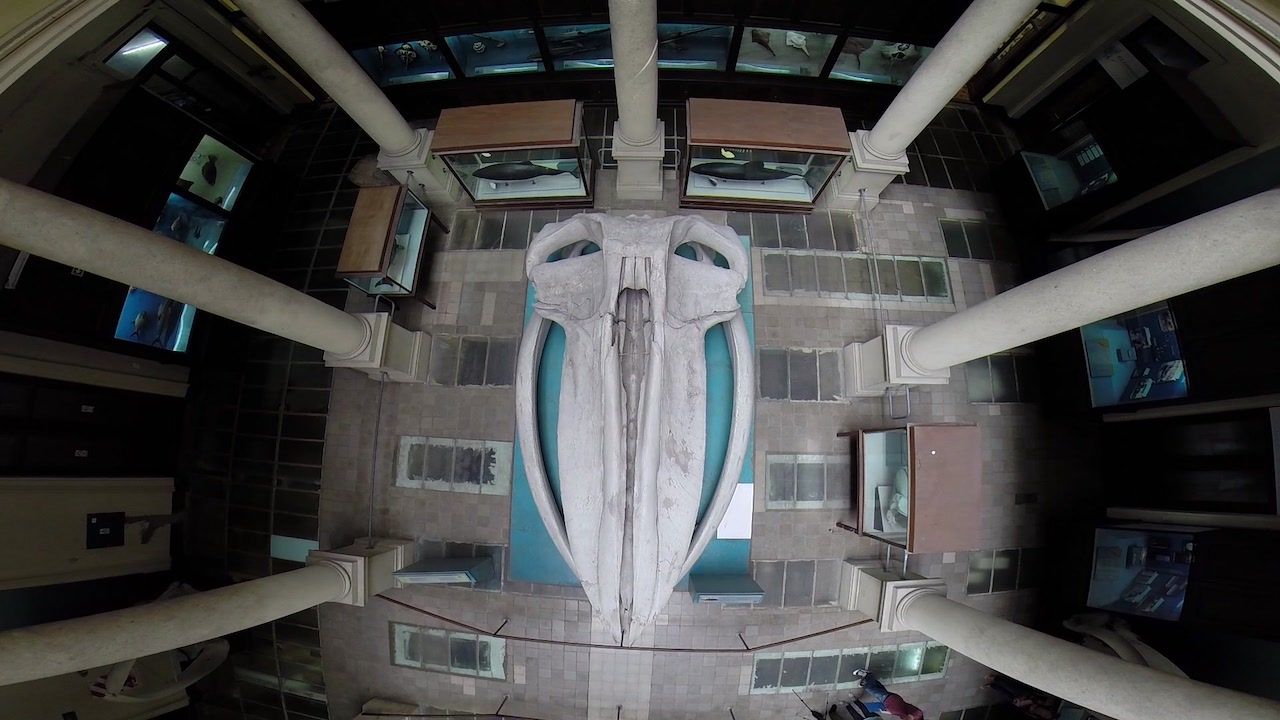 Just outside Buenos Aires is La Plata, Argentina. Its museum houses three million natural history relics in its 20 permanent exhibition halls, from fossils to living plants. La Plata has a paleontology hall with lots of dinosaur fossils and is known for its rare mycology collection. The museum is strong on archaeology as well: People travel from all over to see its exhaustive Archaeology of the Americas collection. One of the most precious holdings is its Egyptian collection. The Sudanese government donated these pieces — mostly hieroglyphic inscriptions of everyday life — to the museum in the 1960s as thanks for rescuing them from flood destruction when the Aswan Dam broke. The gift also included female mummies and a funerary trousseau, among other irreplaceable objects. The museum is open Tuesday through Sunday, except some holidays, from 10:00 AM to 6:00 PM. Adult admission is about $1.50, though kids 12 and younger get in free. On Tuesdays, it’s free admission for everyone. 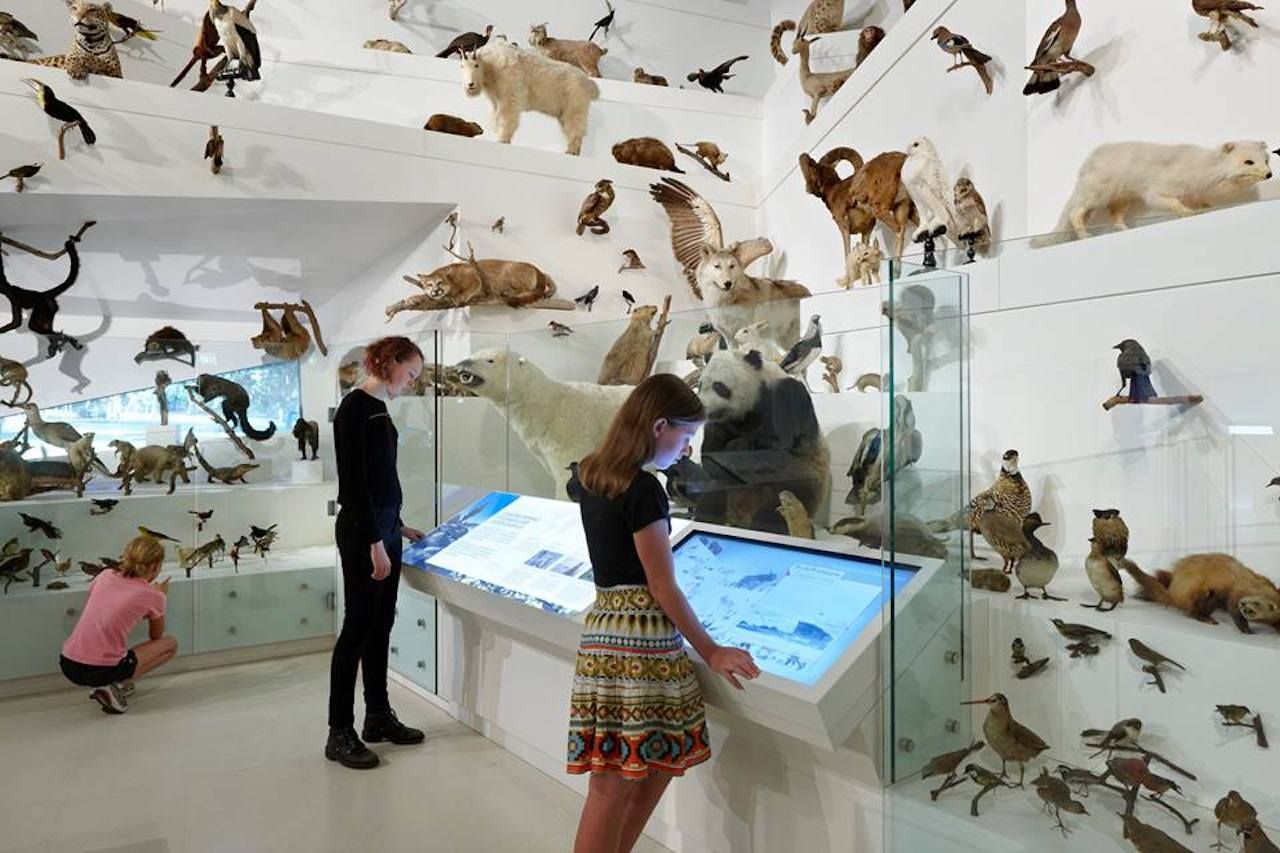 The Melbourne Museum isn’t just a natural history museum, but there’s certainly a significant enough element of plants, animals, other such treasures to satisfy anyone’s thirst for knowledge. Some exhibitions focus on indigenous Australian culture and artifacts, and their usage of flora and fauna. There’s an experiential Mind and Body Gallery, in which visitors explore the mind via thoughts, emotions, and dreams. Museum-goers walk through a stand of Victoria’s living forest, and, of course, there are dinosaurs (along with more than 600 birds, reptiles, and amphibian specimens from around the world). There’s an IMAX theater, exhibits on marine life and climate, and an ongoing microbe gallery that explores what’s going on in the human gut. The museum is open every day except Good Friday and Christmas from 10:00 AM to 5:00 PM. Admission is about $10. Bonus: The museum touts itself as autism-friendly, offering maps to high- and low-sensory spaces, social scripts, and quiet zones. 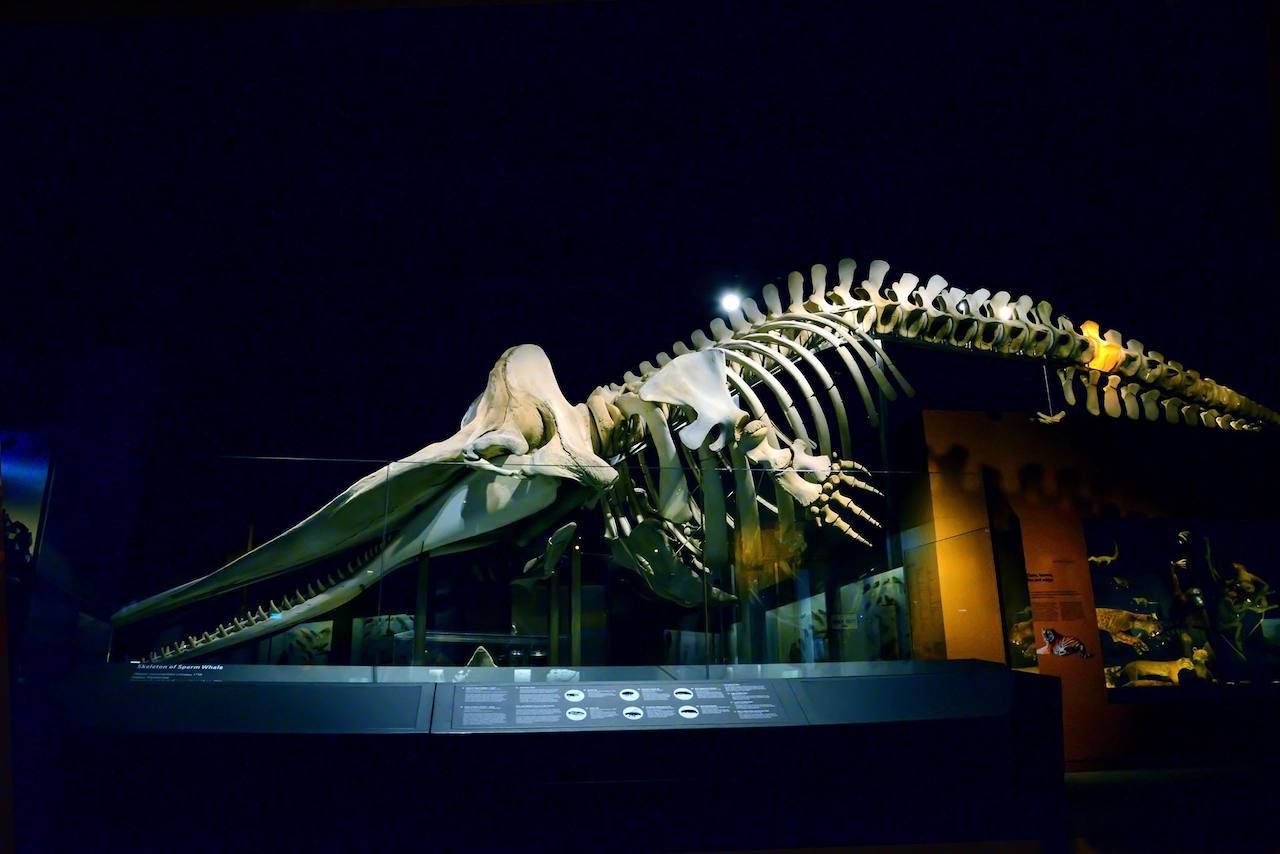 The Lee Kong Chian Natural History Museum in Singapore focuses on Southeast Asia conservation and biodiversity. Each of the three floors represents a different time period or theme, including heritage (with a Cabinet of Curiosities); organic material and biodiversity; and Singapore Today, featuring information on geology and earth-related activism. The museum is home to one million zoological species representing 10,000 animals, many of which are endemic to the region. Critters on display range from pangolins to fish parasites. The three sauropod skeletons and the herbarium full of rare flora are the highlights of a visit. The museum is open every day except Mondays from 10:00 AM to 7:00 PM with last admission at 5:30 PM. Adult entry costs about $12.