Near the end of May, Marcus Baskerville, the head brewer and co-founder of Weathered Souls Brewing in San Antonio, Texas, was driving to Fort Worth to bring beer to a friend. He listened to Breonna Taylor’s mom speak about her murdered daughter on the radio on the way, and it brought him to tears. Then, on the way back to San Antonio, he drove through Austin just as protests for racial justice were starting in response to the murder of George Floyd.

That something turned out to be a collaboration among breweries across the country and the world to brew a beer called Black is Beautiful. Each brewery participating in the collaboration agrees to brew a beer using the same base recipe and label design, and 100 percent of the profits from the beer go to local foundations that support police brutality reform, pay for the legal defenses for people who’ve been wronged, and that fight for equality and inclusion. More than 1,300 breweries in all 50 states and 21 countries are taking part as of the last week of August, and donations are being sent to organizations like the American Civil Liberties Union, the NAACP Legal Defense Fund, and local and statewide racial justice alliances.

The collaboration also brings the ongoing conversation about racial injustice front and center in the mostly white craft beer industry.

“I didn’t think it was going to blow up this big,” Baskerville, who describes himself as an introvert, says. “So putting myself out there like that was a bit of a challenge at first, but then realizing how important it is and realizing how it has affected certain individuals with their support has grounded me in the fact that, hey, this is way bigger than me, this is way bigger than the brewery.” 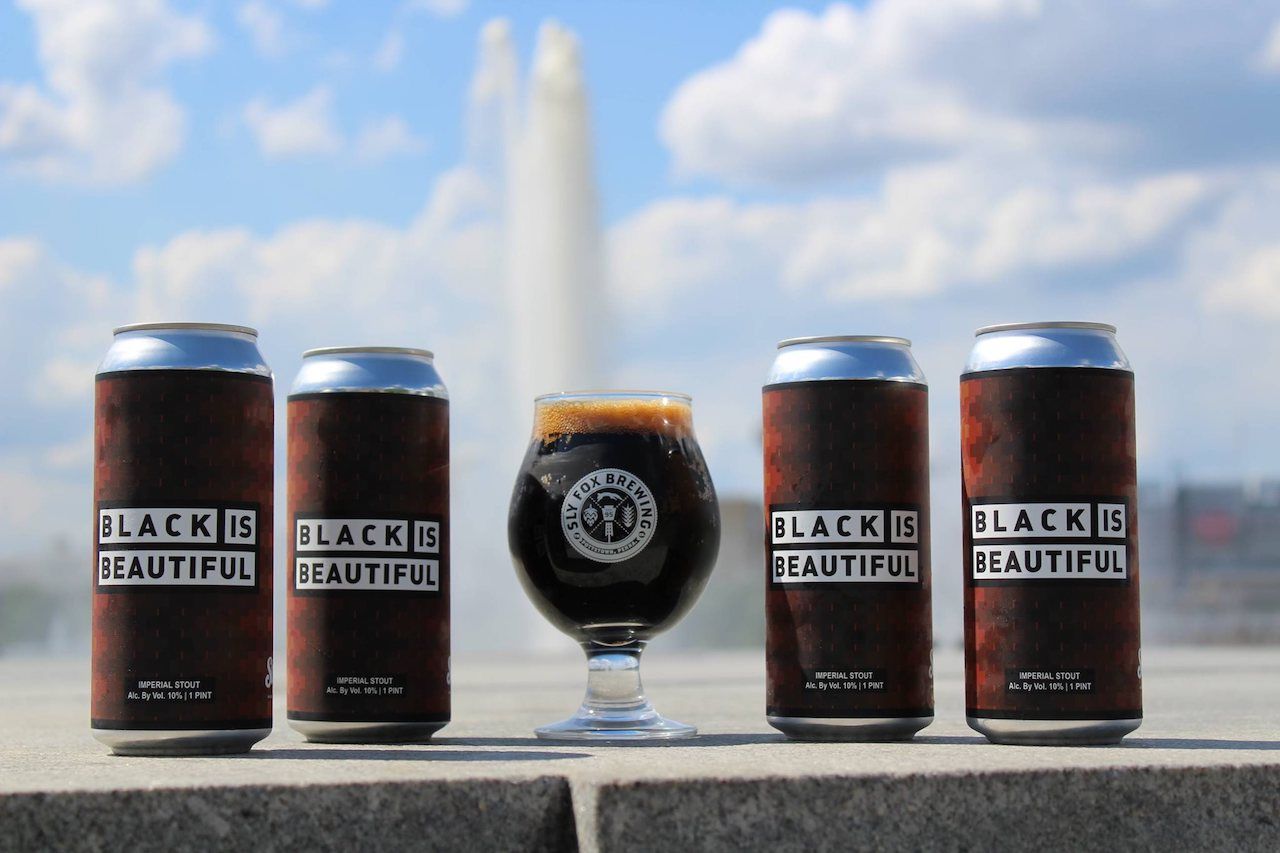 Baskerville learned how to brew at home and professionally in Sacramento, CA. He moved to San Antonio for a job and worked as an assistant brewer as well. The latter is where he met Mike Holt, and the two would go on to co-found Weathered Souls in 2016.

Weathered Souls has a solid reputation in Texas but wasn’t a household name among beer drinkers around the world until the last couple of months. That all changed in June when Baskerville and his brewery became the leading beer industry voice for racial justice and equality at a time when Americans are fighting for systemic change to racist policies and police.

Baskerville’s initial plan for the Black is Beautiful beer was to make it a standalone beer served at the brewery. That shifted after a conversation with Jeffrey Stuffings, co-founder of Jester King Brewery in Austin. They spoke about race relations, social justice, and Donald Trump. They also spoke about the Black is Beautiful beer and its purpose. After he showed Stuffings the mock-up labels, the idea came up about making the project collaborative, which would expand the number of people the beer could reach as well as increase the number of donations to local charities.

A few months before, Other Half Brewing had started a global, donation-focused collaboration called All Together to help restaurant industry workers impacted by the pandemic. Baskerville drew inspiration from All Together to structure what would become an even larger international brewery collaboration.

How the Black is Beautiful beer collaboration started 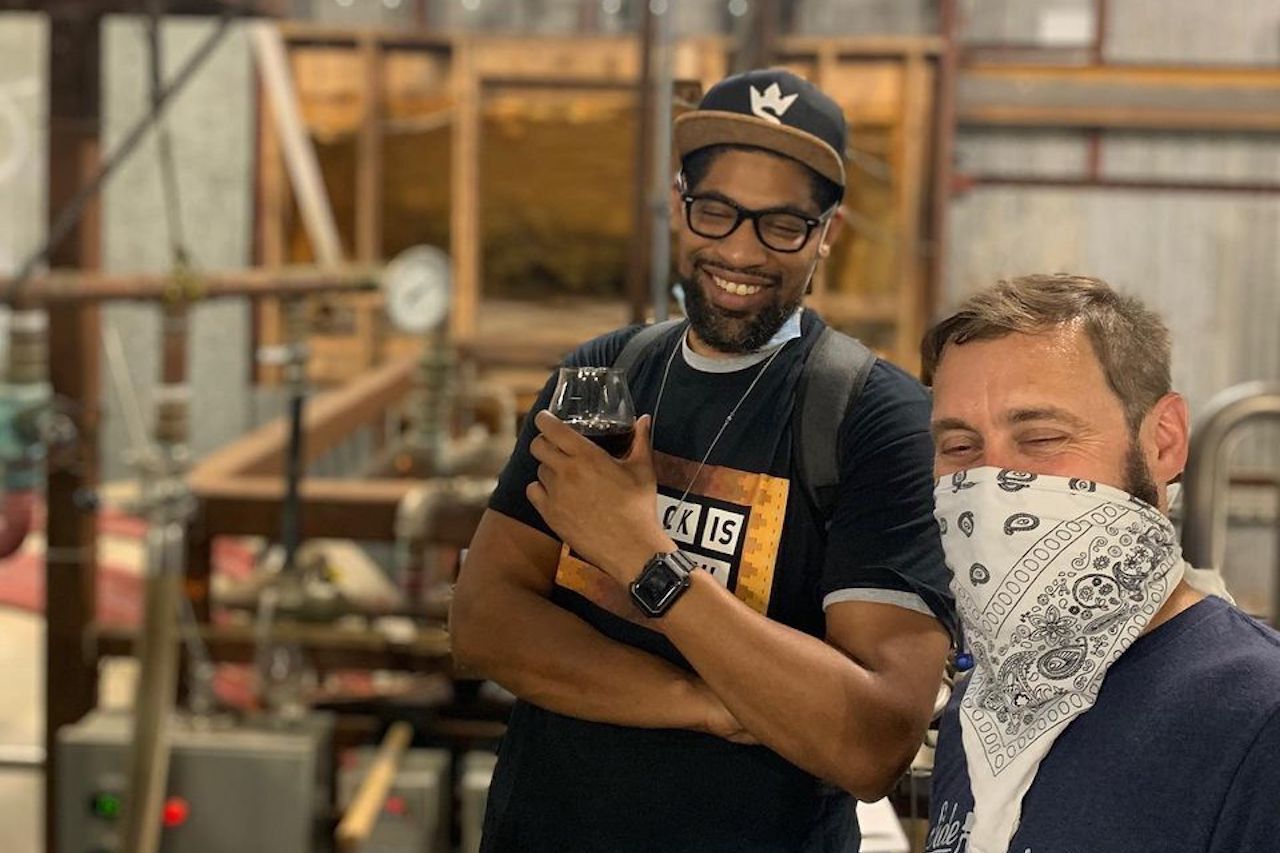 On May 31, Baskerville drew up a mission statement and ran it by friends, family, and people in the beer industry. He couldn’t sleep that night, so around 3:00 AM the next day, he says, he went to the brewery and wrote out the entire initiative. He received the logo from the designer at 11:25 AM, and five minutes later, he was in the meeting with the rest of the Weathered Souls team to discuss. Baskerville and his brewery got started on the beer a couple of hours later.

With the process in motion at his own brewery, Baskerville reached out to eight or nine friends and breweries that were Black-owned or had Black brewers. Those were the first, and only, people Baskerville ended up asking to join the project before they asked him. An initial Facebook announcement caught attention, followed by a post about the initiative itself, which led to people tagging their favorite breweries to join.

“In the first week we had a CNN and Forbes article and that boosted it a lot,” Baskerville says. “In four or five days, we’d reached about 500 breweries.”

The first breweries to join were mostly from Texas and California, where Baskerville has worked and is known in the industry, and spread from there. International support came in that first week as well. A Canadian brewery said it would participate on the second day the Black is Beautiful initiative was made public. Breweries in Japan and Germany followed closely after.

“You look at what our country is currently dealing with inequality issues — stuff we’re seeing you’d think we’re back in the ‘60s,” Baskerville says. “I think these other countries are taking notice of what’s going on here and they want to show their support. Also, some other countries generally go through the same things.”

The following weeks were filled with calls and emails about requests to join the collaboration. A website where people could sign up and be added automatically drastically sped up the process.

“My original goal for this was like 200, 250 people,” Baskerville says, “and we ended up reaching that in the first 24 hours. So after that, I knew it was going to be a lot bigger than what I originally expected.”

Local and national press published stories about hometown breweries joining the initiative. With the popularity came some dissent. People associated, and in some cases negatively, the beer with the Black Lives Matter organization, which Baskerville has never publicly supported at the brewery.

“You have people who see it and say, ‘Well, dude, we don’t support that organization so we’re not going to support this initiative,” Baskerville says. “And it’s like, well, this doesn’t have anything to do with that.”

Baskerville insists that his aim isn’t to bring politics into his brewery but to support what he views as a human rights issue, not a political issue.

“This isn’t a politics thing,” Baskerville says. “This is a humanity issue we’re dealing with, and in 2020 we shouldn’t even have to have this conversation.”

Overall, however, the response has been overwhelmingly positive and supportive. Breweries that were already hit hard by the pandemic are donating profits at a time when many businesses are facing economic uncertainty. The sheer scale shows how much the movement resonates in an industry not known for diversity.

“The brewing industry, which is labeled as not inclusive and 99.8 percent white, is helping lead the way in social justice in 2020,” Baskerville says.

Looking toward the future 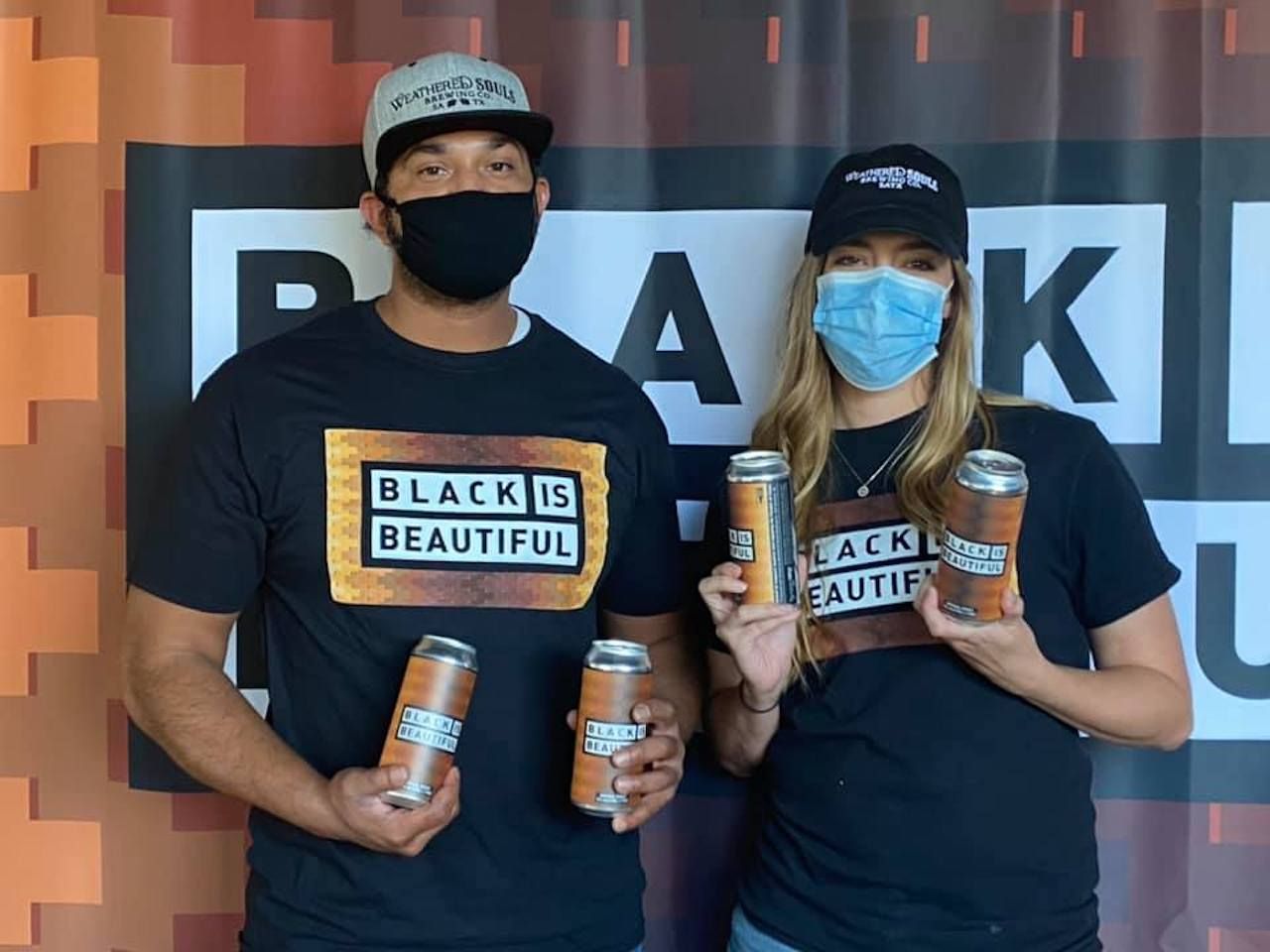 “I know inequality and injustice aren’t going anywhere anytime soon,” Baskerville says. “So I’m hoping this is something that continues throughout the years.”

Expect to see a wide variety of Black is Beautiful releases in the future. A few distilleries and whiskey companies have joined, and it takes longer for a whiskey release than a beer release. Some breweries are doing barrel-aged versions of the stout, which will take some time as well.

“In 2020 we still have to have that conversation,” Baskerville says, “but at least there’s a lot of support behind it.”

With that support, things can change, including in the beer industry itself. But there’s work to be done.

“I want to see more ownership in craft beer,” Baskerville says. “There are more than 8,000 breweries in the US, and less than one percent are Black-owned. You want to see change, it needs to happen at the ownership level, and it definitely needs to happen at the decision making level. Unless you see those aspects change, there’s never really going to be any real change.”

Black is Beautiful versions to try

The Black is Beautiful recipe is available online for both professional brewers and homebrewers. It’s hard to pick favorites when the number of options tops 1,000, but Baskerville has been collecting some of the iterations and hopes to have a party to taste as many as possible when the time is right. It’s also hard to find versions outside of the many local versions being made (though there is a Facebook group with more than 1,300 members dedicated to tracking down and trading local takes). That said, there are a few he considers standouts.

The Alchemist from Stowe, VT: An imperial stout with profits going to the Vermont Racial Justice Alliance.

Side Project from St. Louis, MO: A mix of a barrel-aged imperial stout and the base with Mexican vanilla beans. Proceeds go to the American Civil Liberties Union of Missouri.

BeerBlack Beer Travelers Is Inspiring People To Diversify Their Palate
Tagged
Activism Beer Black Travel
What did you think of this story?
Meh
Good
Awesome