The island of Hawaii is a place that rivals anywhere. Its dramatic landscapes — tropical rainforest one moment, dry shrubland and lava paths the next — beg the question: How is it possible for terrain to change so drastically so suddenly?

This massive range means you can explore nearly the whole island without ever feeling like you’ve seen it all. And with fresh lava tracks having just recently created a new realm to explore, adding to the possibilities, the best time to visit the island of Hawaii — a true year-round destination — is now. Here’s why.

There have never been more ways to explore the ocean. 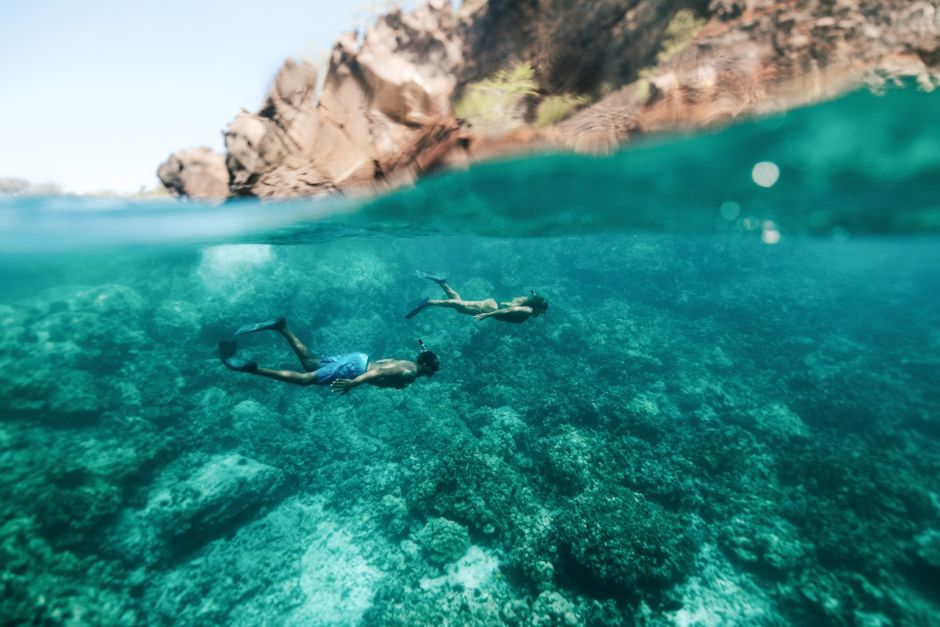 Between new boards, tanks, and sails setting trends, new outfitters and experts hitting the field, and volcanic activity carving out new beaches (and annihilating others), the island of Hawaii’s coastline — and how you can experience it — is constantly evolving. Let’s break it down by gear: 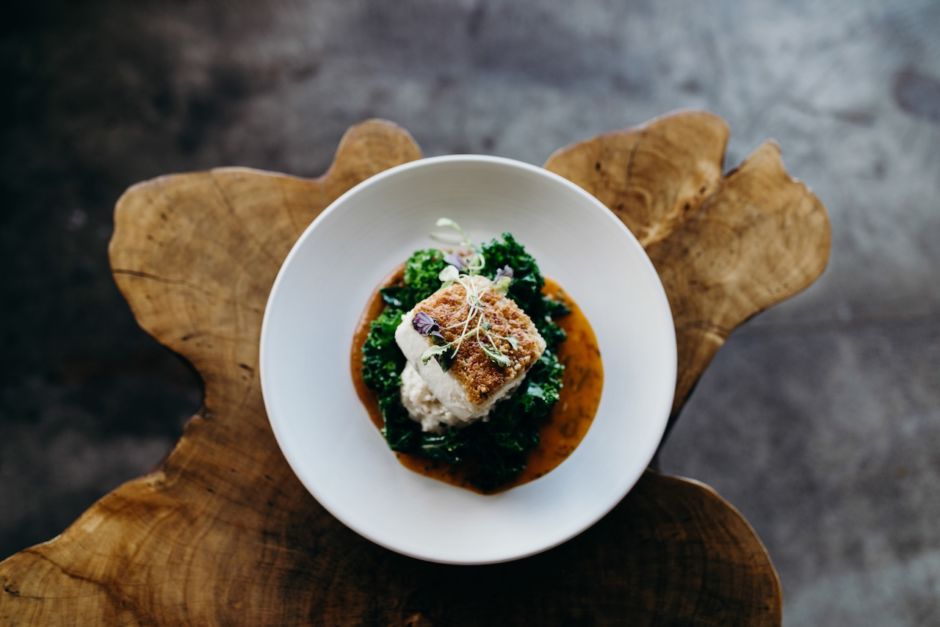 When you’re an island, you’re best off feeding yourself. Luckily, volcanic soil is unusually rich, and chefs on the island of Hawaii are using regional ingredients like never before. Local farms supply nuts and produce, seafood is caught right offshore, and beef is sourced from the island’s cattle ranches. Here are a few places to experience local flavor:

Recent volcanic eruptions have turned parts of the island into a lava playground. 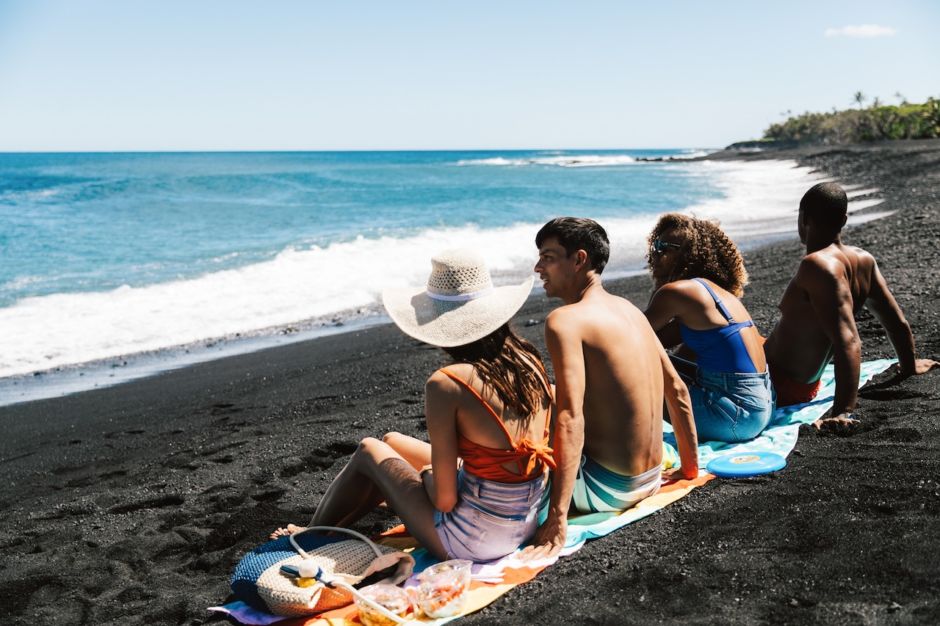 In 2018, Kilauea, a shield volcano in Hawaii Volcanoes National Park, erupted. It caused major changes to the island of Hawaii’s topography — compare pictures from pre-2018 to those of today to see the changes.

Thanks to passionate volunteers and park staff, a large part of the national park has reopened. Drive along the Chain of Craters Road, hike to Sulphur Banks and the steam vents, and look out for rare plants, birds, and “Pele’s hair” (tiny strands of glass spewed out by the volcano) along the Kipukapuaulu Trail. Spend the night at the Volcano House — a hotel on the rim of Kilauea, inside the UNESCO World Heritage Site — and get up early to watch the sun rise over the crater through the lobby’s wall-to-ceiling windows. Hawaii Volcanoes National Park is a place where you’ll become acquainted with our Earth as a living, breathing entity.

Outside of the national park, lava from the 2018 eruption flowed into the sea, creating a new black-sand beach, Pohoiki, that sparkles in direct sunlight. Punaluu Black Sand Beach, to the south, is an older black-sand beach — with the same molten history — where sea turtles often lounge on the sand. Both shorelines can be a bit wild, so it’s best to enjoy the water (and of course any turtles!) from a safe distance.

In the fall, crowds dwindle… 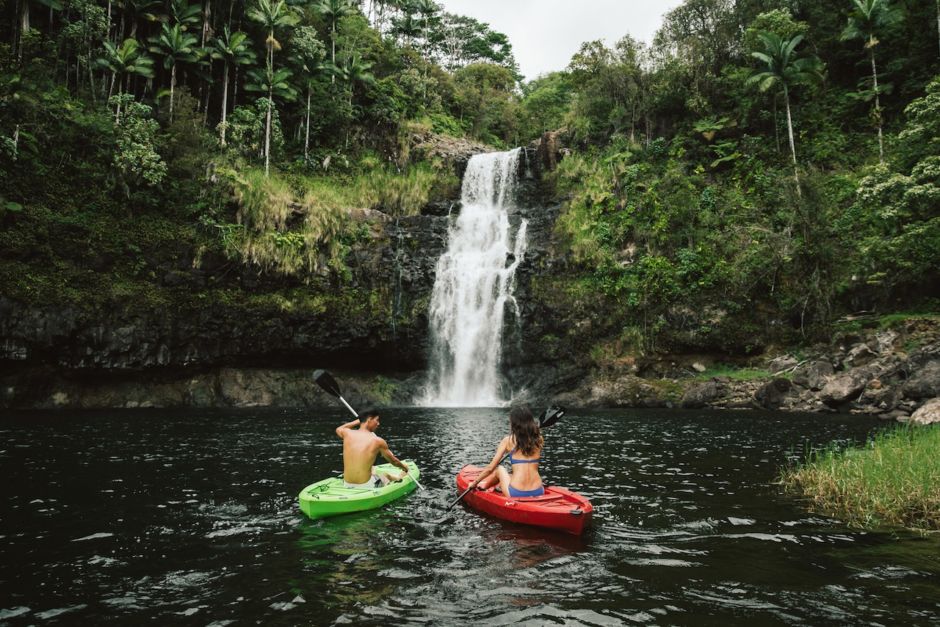 With so many things to do throughout the island of Hawaii, there’s almost always a way to find a lonely patch of sand — white or black — a hiking trail with faded footprints, and incredible vistas where the sound of rustling leaves drowns out the sound of camera shutters. All the more so when you get out of high season.

If you visit from September to mid-December, in what’s considered the shoulder season, you’ll find that even the most popular places on the island are less crowded, as kids are back in school and visitors are fewer. You’ll have a higher chance of scoring hiking permits, spots on tours, and dinner reservations at the island’s top restaurants, too.

…and local culture gets more of the spotlight. 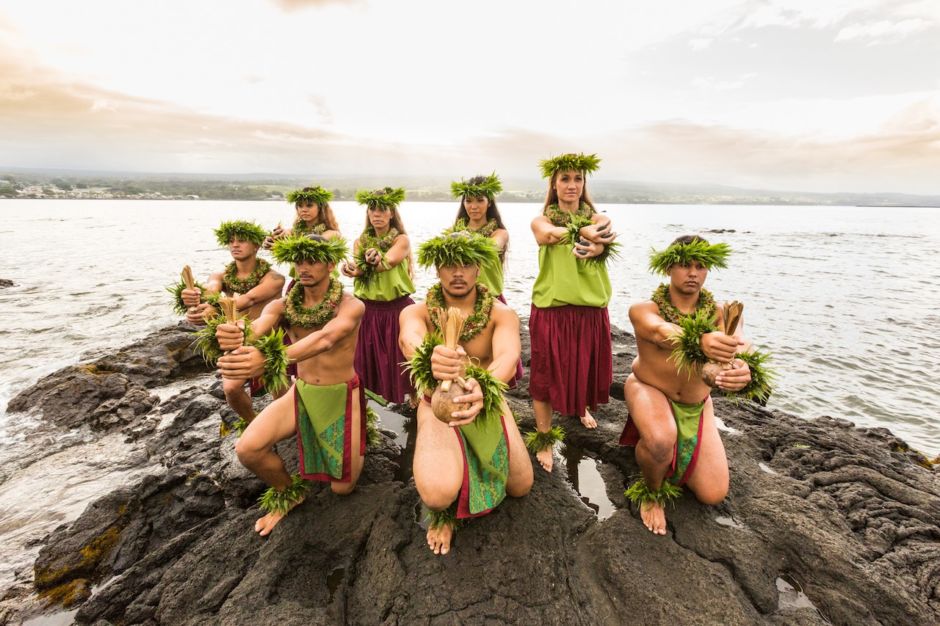 Here, a dive into local culture often means attending a luau, discerning a story through hula, cheering on athletes at the world’s largest long-distance outrigger canoe race, or sampling local dishes at a Hawaii food festival. It’s rarely something you just witness — more often it’s something you do.

If you’re hankering for a more traditional museum experience (but still not that traditional), check out Kailua’s 19th-century Hulihee Palace, the former beachfront vacation home of the Hawaiian royal family. The historic Mokuaikaua Church and the last royal residence of King Kamehameha I are also nearby. On the island of Hawaii, history is just another walk along the water.

This post is proudly produced in partnership with The Hawaiian Islands.
Tagged
Beaches and Islands Travel Insider Guides Hawaii, United States Hawaii: The Meaning of Malama
What did you think of this story?
Meh
Good
Awesome
✖
travelstoke
Download the mobile app
stoked by