If I were to have colored a picture of Poland before my trip, I would have used steel blue, muddy brown, various greys, and maybe a little bit of green. I pictured Poland as industrial and dreary. Instead, what I found as I explored the country was a palette of many colors: pinks and plums, cardinal reds, and many different shades of green. With my camera in hand, I set out to try and capture some of these colors.

Soft Pinks and a Wedding Parade 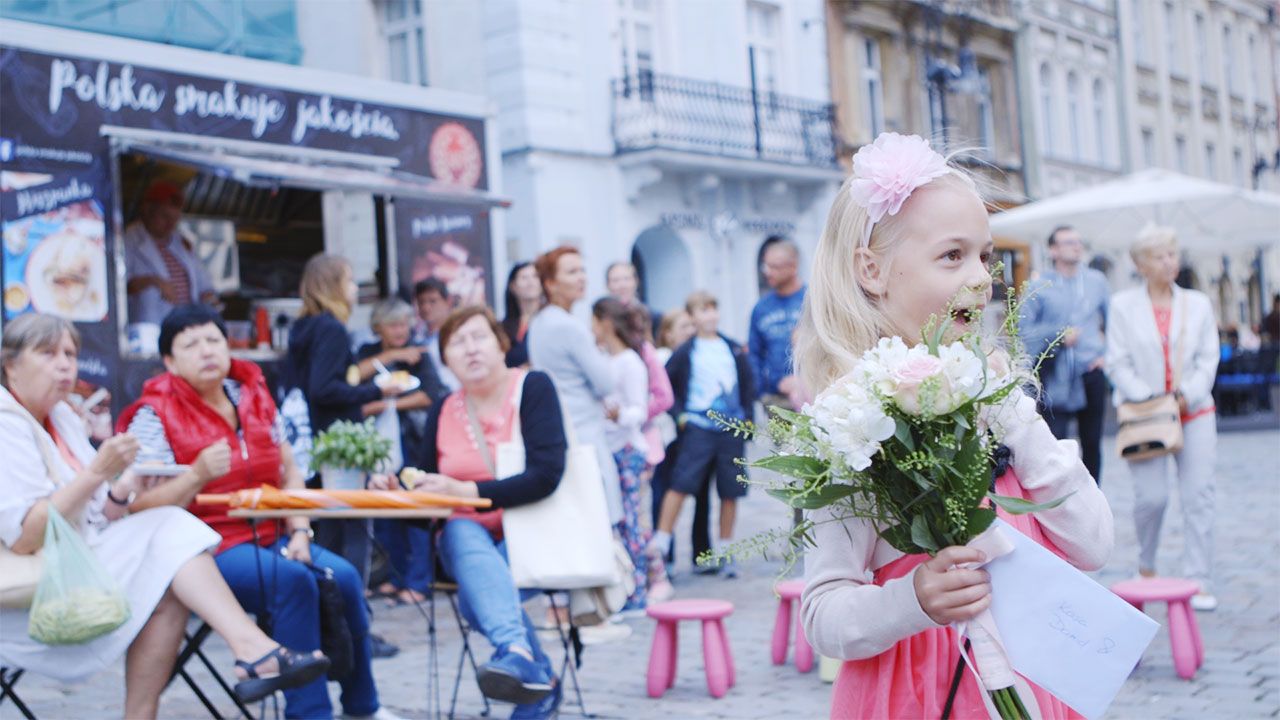 Just outside the The Museum of the History of the City of Poznan in downtown Poznan, I spent an afternoon watching the wedding parades. The couples pulled up in flower-clad vehicles while street musicians capitalized on the opportunity to make some extra money. Little girls, like this one, got to watch fairy tales on repeat with each new bride-groom. The couples entered the Town Hall, tied the knot, and drove off about 15 minutes later. I grabbed a table on the square at the microbrewery Brovaria, ordered a Grodziskie, and toasted the happy couples.

Navy blue, bright red, and a whole lot of locks 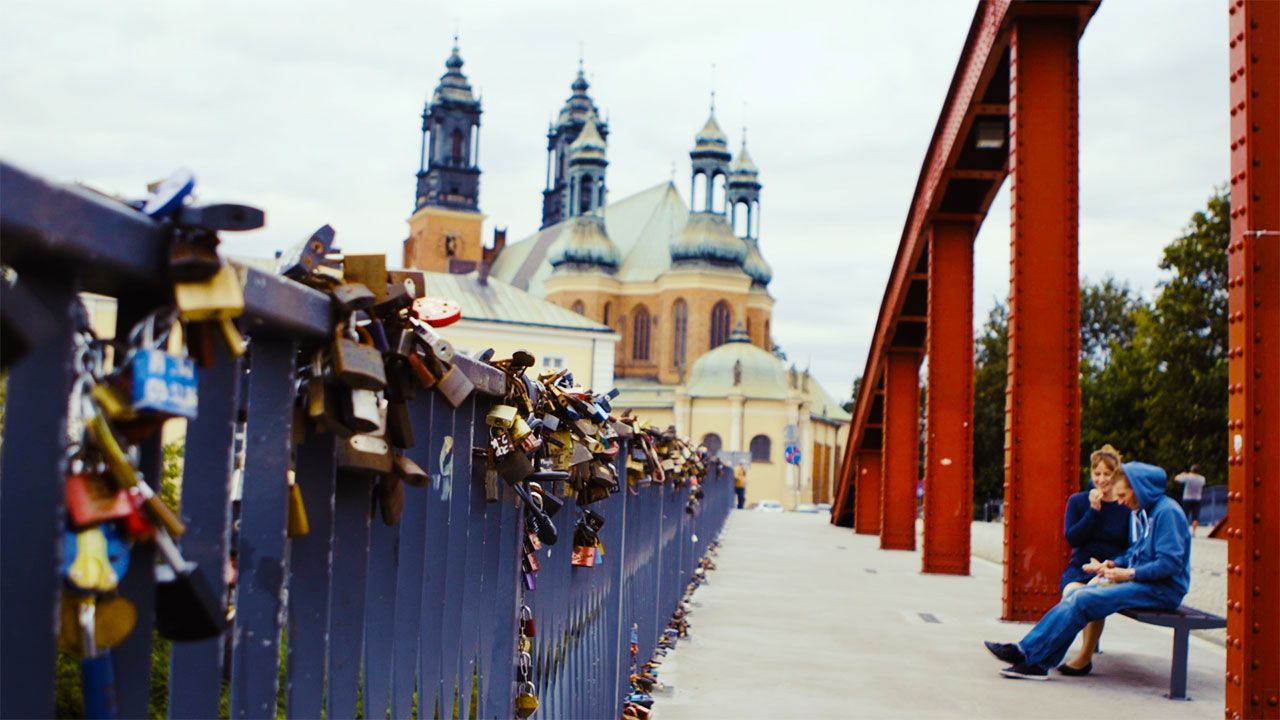 The Jordan Bridge is a 100-year-old section of bridge that used to be about 2 km upstream. When the city wanted to build a new bridge to support a tram line, they moved this section north of its original location here. These days, as in many cities around Europe, couples that want to publicize their love come armed with locks, decorated with initials and images, and clamp them to the bridge. 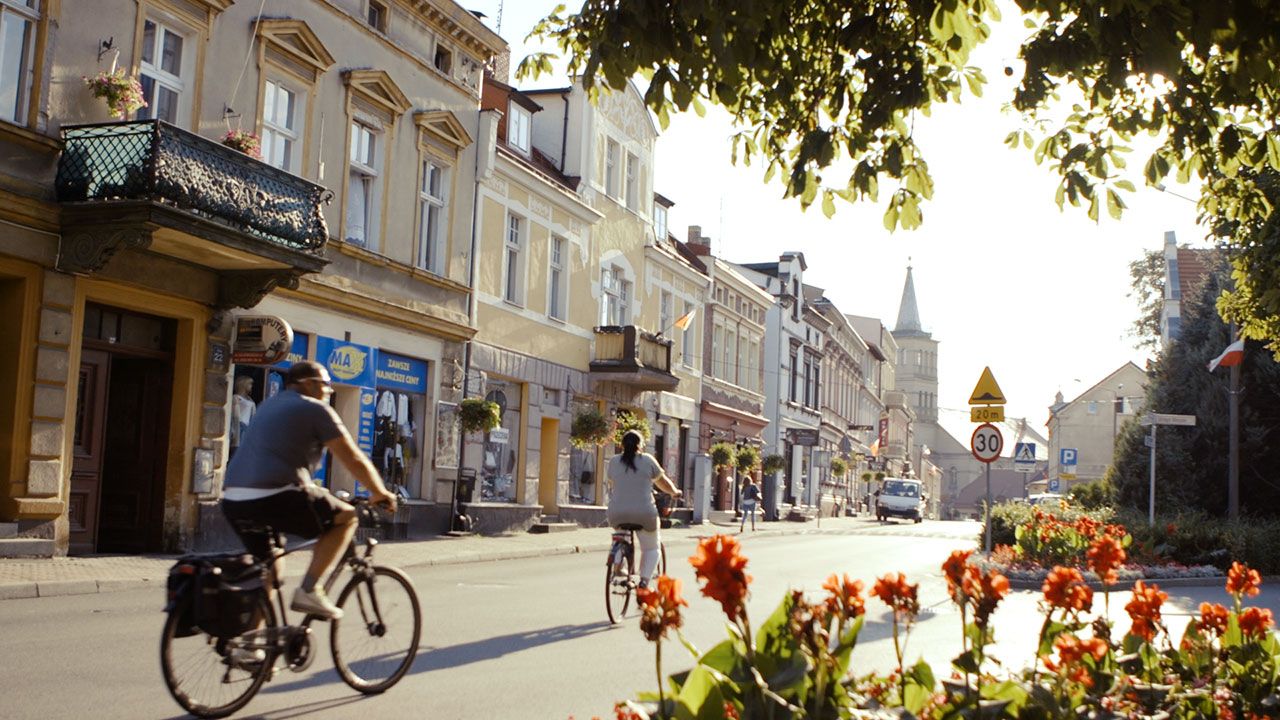 Biking around downtown Poznan at sunset was a dream. I zipped past adorable restored homes and shop fronts, up and down cobbled streets, by churches and towers, and soaked in the last rays of sun wondering if this was all a fairy tale. 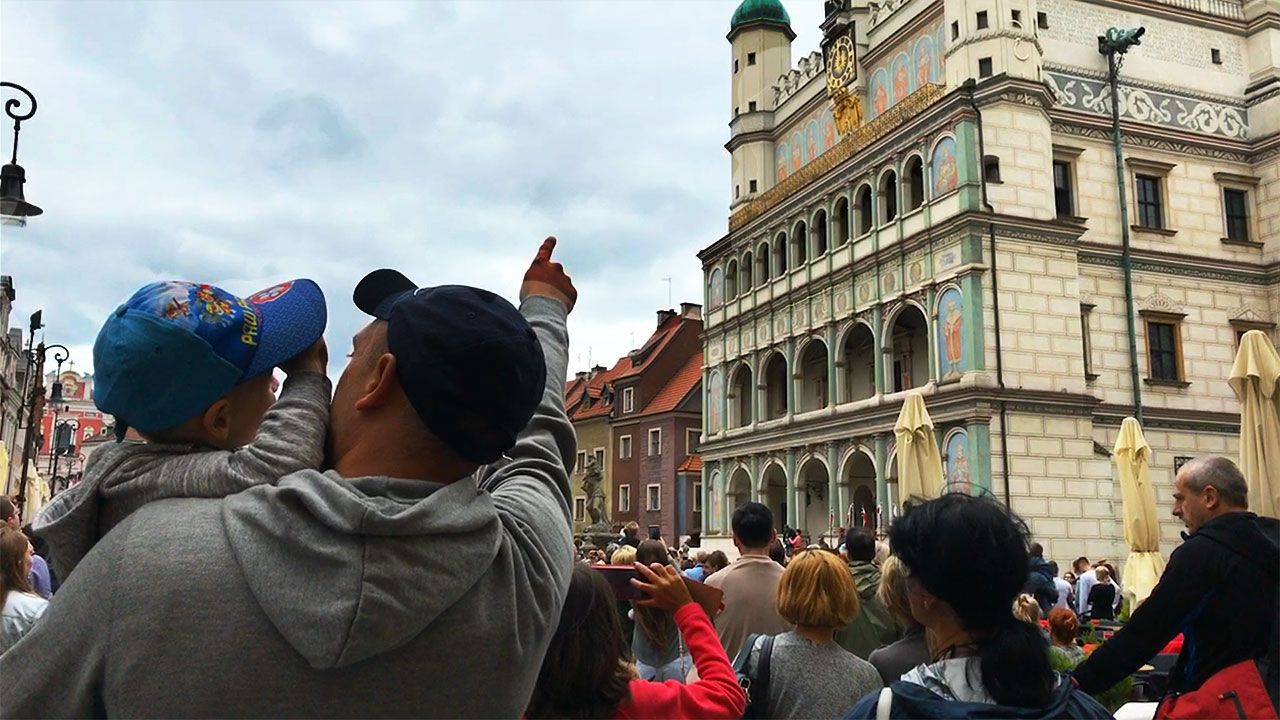 Every day at noon people assembled around The Museum of the History of the City of Poznan to watch as two mechanical goats emerged, cuckoo-style, from the Town Hall clock. They were commissioned by the 16th-century mayor to remind the people of one of their favorite stories: two goats escaped the mayor’s chef, climbed the tower, emerged from the turret, and began battling before a large crowd. The town was so entertained by the goats that the mayor decided to spare them.

A myriad of colors (and ice cream) in downtown Poznan 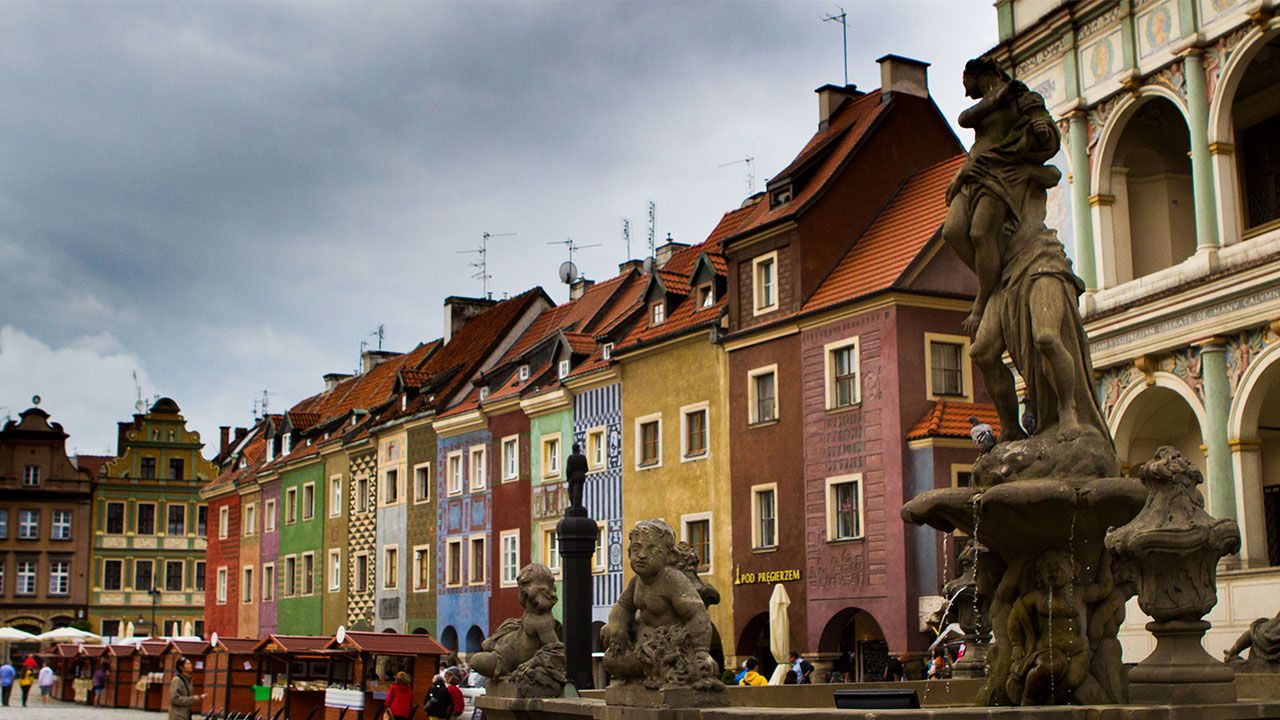 Wandering around the Old Market Square in the Old City section of Poznan you can find architecture features inspired by Gothic, Renaissance, Baroque, Classicism and Modern styles. I also noticed the number of ice cream shops and people walking around with cones, especially right after Sunday church. Some of the most interesting flavors I found included lemonade sorbet with parsley, mascarpone with black currant, and yogurt with fresh peaches. Kolorowa was my favorite shop but some others include Wytwórnia Lodów Tradycyjnych, and Marina where they use liquid nitrogen. 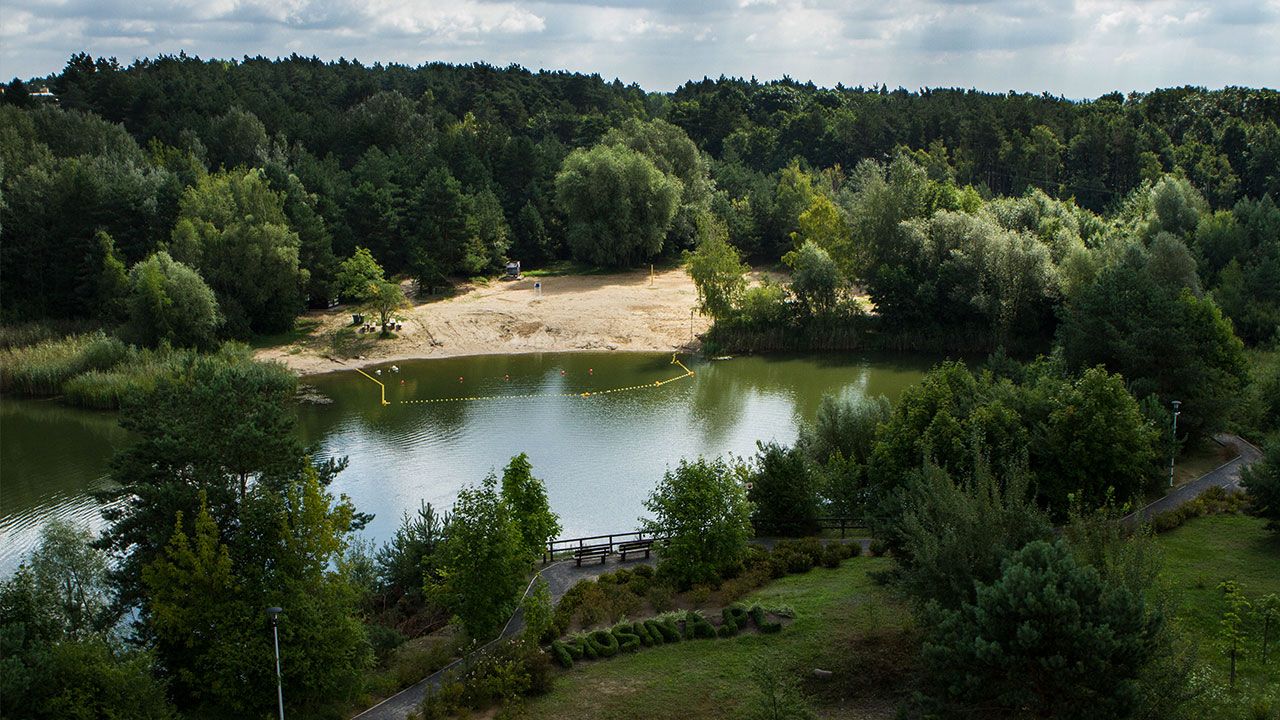 With forest covering almost one-third of the city — approximately 70 thousand square meters – there is plenty of greenery to take in. On my second day, I hiked on narrow trails for four hours around Wielkopolska which began at this lookout tower over Lsowa Mountain. Runners and bikers were scattered throughout and people were picnicking along the lakes. I stopped at Castle Island, built in 1830 by the owner of the land as a wedding gift for his sister. When the couple broke up and abandoned the castle it was used by Polish rebels in 1848 to defend against German invaders.

Hazy white castles in the sunset 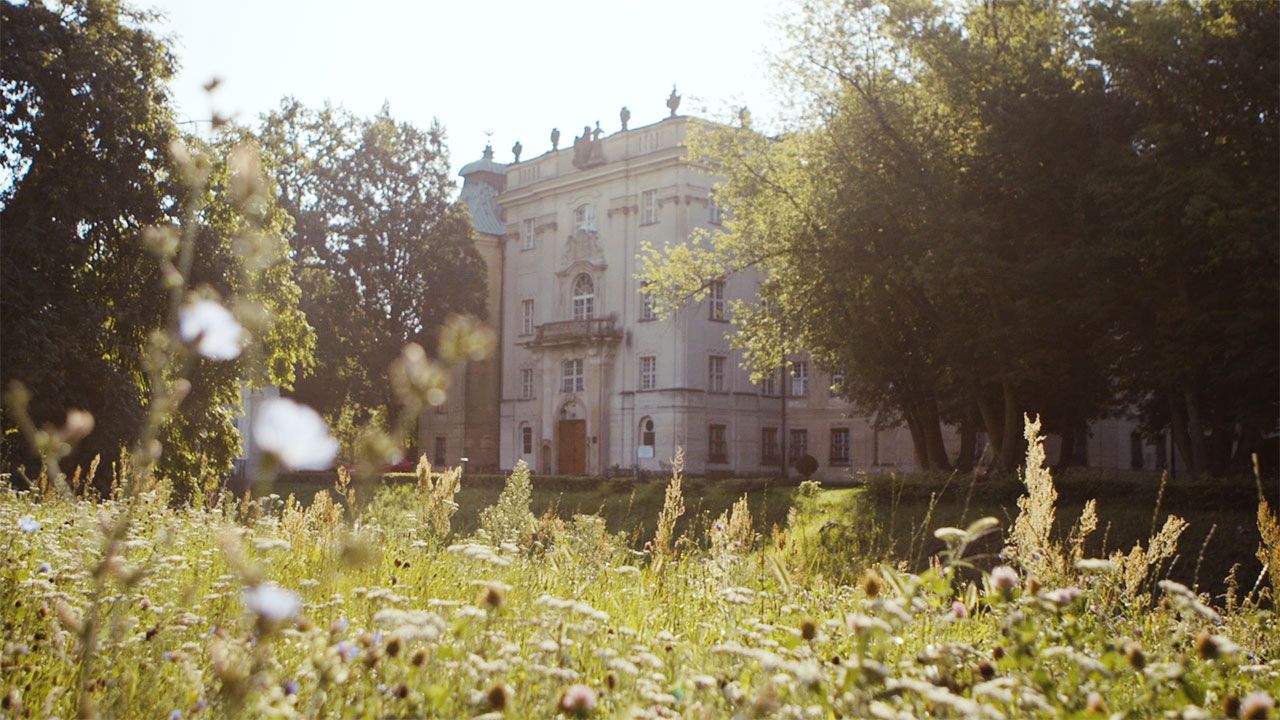 The original owner of the Rydzyna Castle redesigned the structure in the 19th century based on the calendar: there are as many windows as days, rooms as weeks, representative halls as months and towers as seasons. Today it is a museum, hotel, and a venue for special occasions. 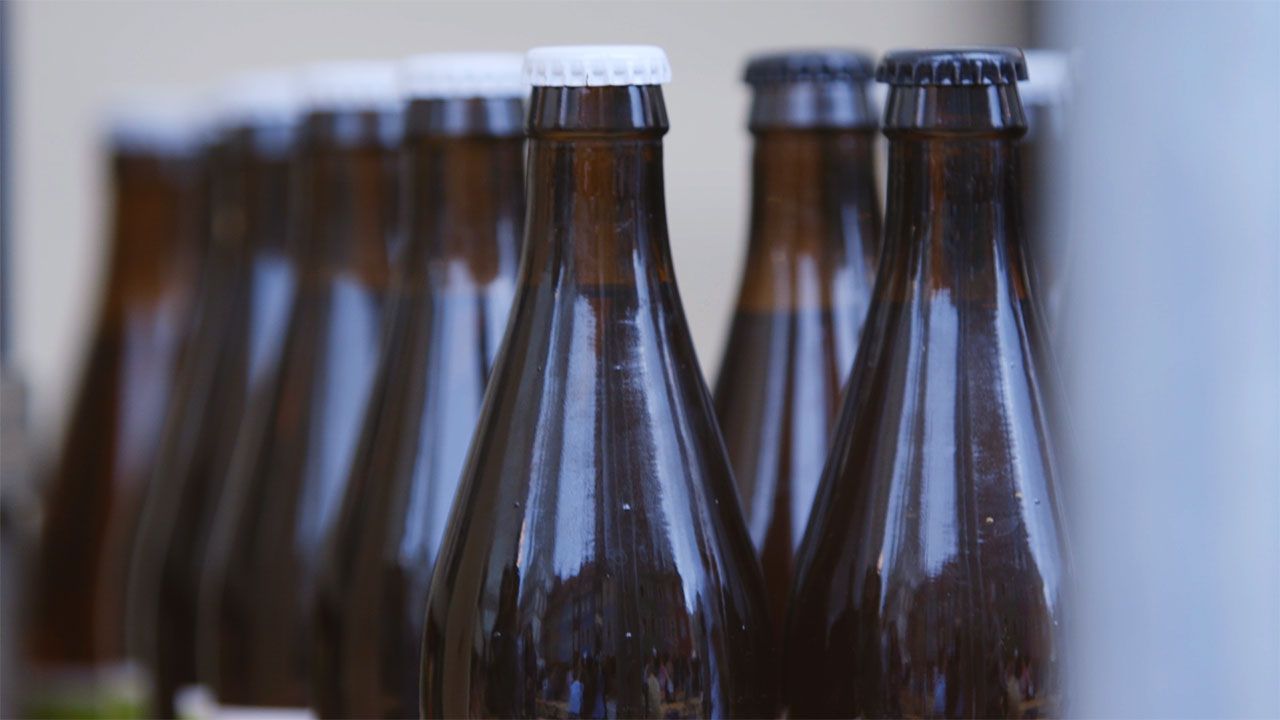 One of the first assumptions I had about traveling to Poland was that some form of vodka tasting would be involved. To my surprise, I quickly learned there is a whole other revolution taking place with craft breweries. I tried craft brews flavored with accents like pine, elderberry, coffee, and maple syrup. Some of the best local spots in Poznan include Brovaria, Nepomucen and Browar za miastem. Grodziskie is the only original-style beer produced in the Wielkopolska region of Poznan — it dates back from the 13th century. It is made of smoked malt, is very light and bubbly, and comes with its own champagne-inspired glass. 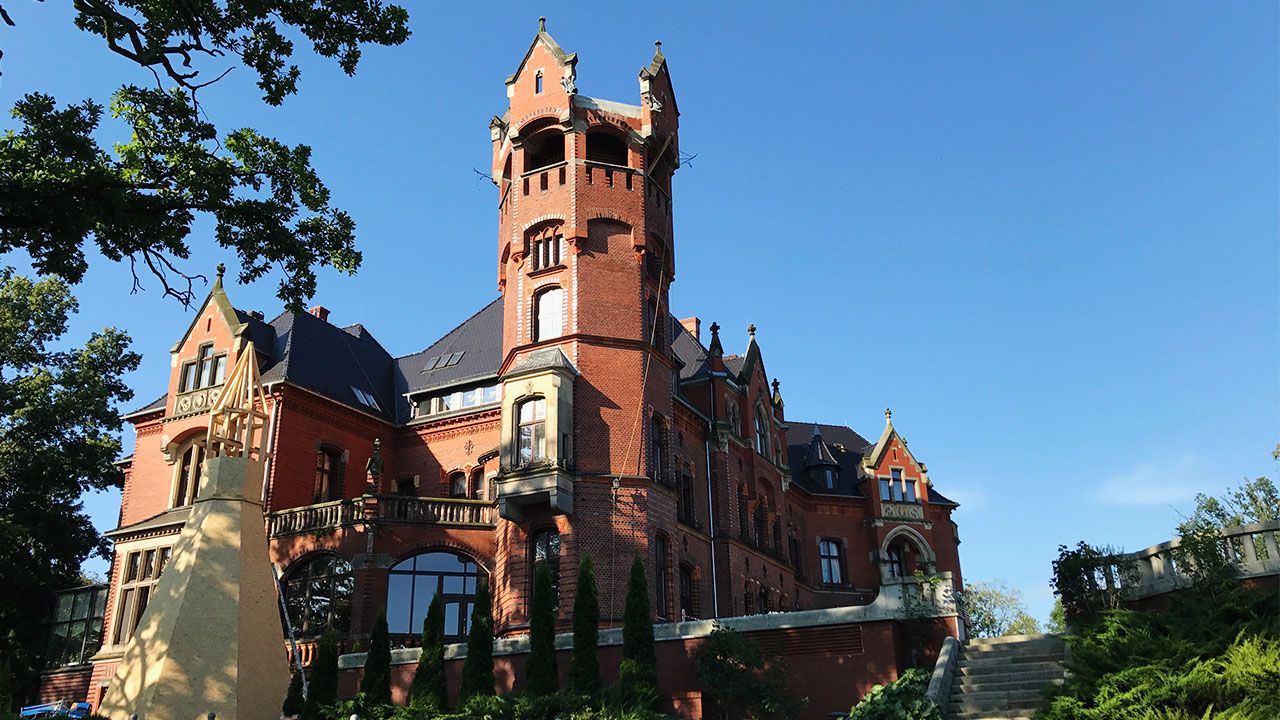 I got to spend a couple nights at a castle and it was as good as it sounds. I ate roast duck with apples, walked around manors and moats, sipped polish vodka called Zubrowka, and woke up to a rooster crowing at 6 am. With more than 800 castles, palaces, and manors in the region of Wielkopolska, it is easy to indulge one’s inner prince or princess.

Jet Black and a Locomotive 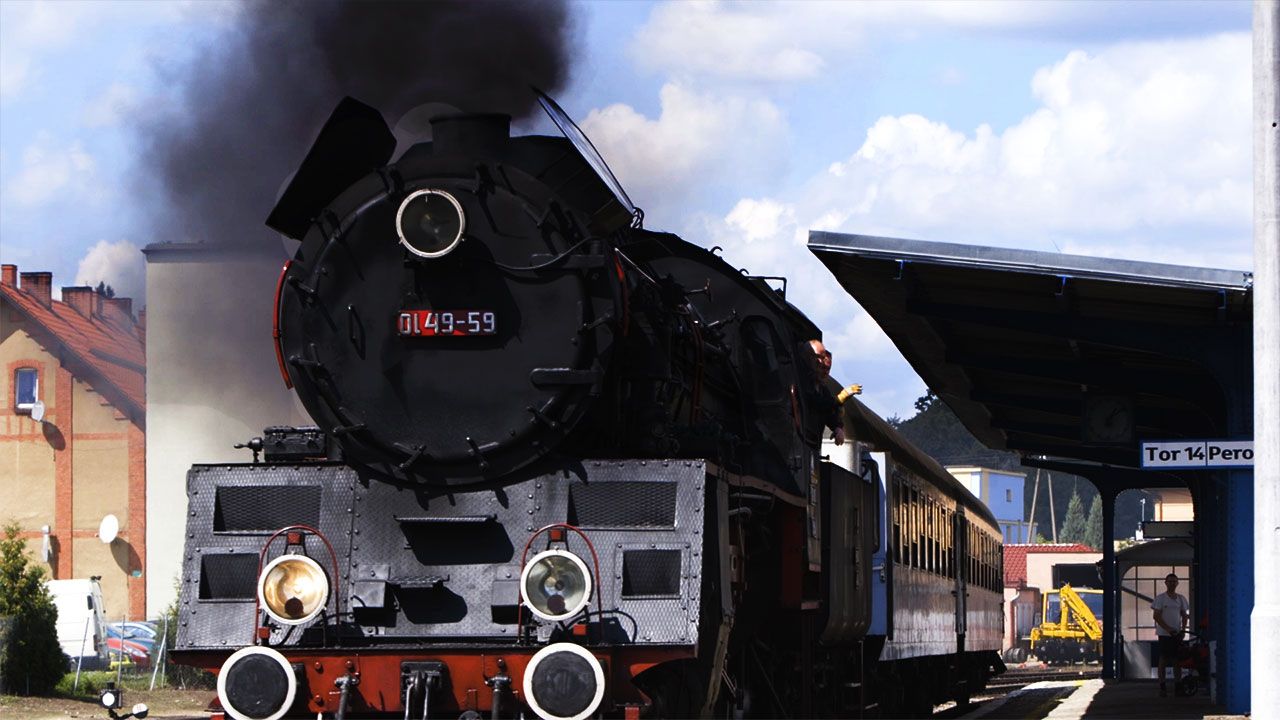 I grew up watching the PBS television series Thomas the Tank Engine & Friends, so I got nostalgic at the Steam Locomotive Station in Wolsztyn. Seeing this 100-year-old facility with real operators running the trains, loading coals and fixing parts in the workshop, I felt like I was back on the carpet in front of my television set. 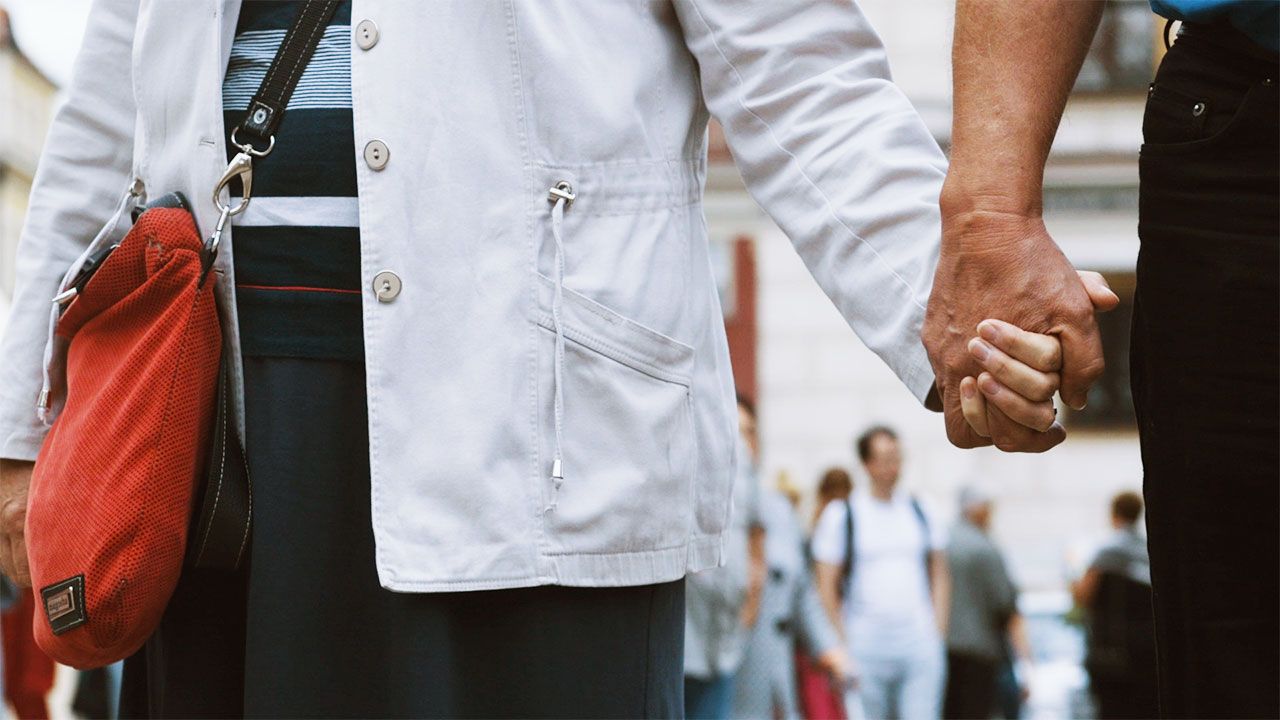 Poland is full of much, but what I felt most was history, culture, and love. I was very wrong to picture Poland as cold and grey. Its people are warm, its culture is vibrant, and its history is long – and there are beautiful colors everywhere.

Budget TravelA first-timer’s guide to Krakow in photos
Tagged
Galleries Poland
What did you think of this story?
Meh
Good
Awesome

11 American habits I lost when I moved to Poland

Why Lodz, Poland, is the next big city for European travel