Fans of Arthur, Merlin, Pendragon, and Morgana are in for a treat. A footbridge has been constructed to the ruins of Tintagel Castle in Cornwall, England, where King Arthur is said to have been conceived. Previously, visitors had to climb 148 steep steps to reach the site; now, it’s as easy as crossing a 223-foot bridge over a rocky ravine.

In the legend, Uther Pendragon had been transformed by Merlin to resemble Igraine’s husband, the Duke of Cornwall, to spend the night with her. Pendragon supposedly crossed the canyon that visitors can now traverse to reach Arthur’s mother. 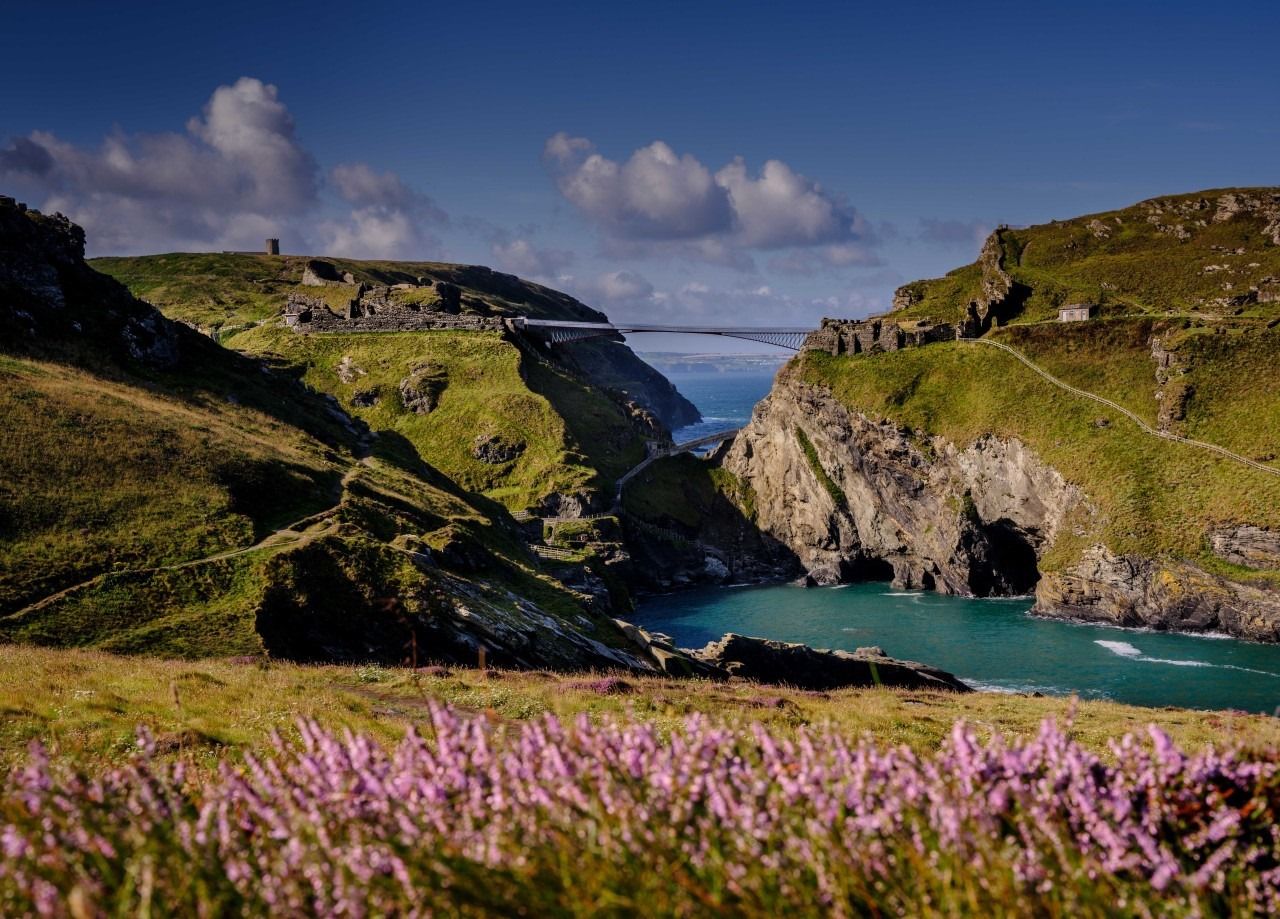 It is said that Richard, Earl of Cornwall, was so intrigued by the legend that he built the castle in the 13th century. Back then the building was linked by a narrow land bridge, which later disappeared, leaving the castle divided, with one part on the mainland and the other on a headland. The new bridge joins these two parts in the same way they were united in Medieval times.

Nowadays, people are just as intrigued by the legend, and 250,000 visitors a year flock to the castle, The Guardian reported. Given the tiresome and dangerous nature of the steps, however, it used to take a long and frustrating time to get from one side of the castle to the other. The goal of the new footbridge is to change that.

The footbridge is unusual in that it’s two cantilevers that meet but do not touch — there is a gap less than two inches in the middle. The structure is also paved Cornish slate installed vertically. 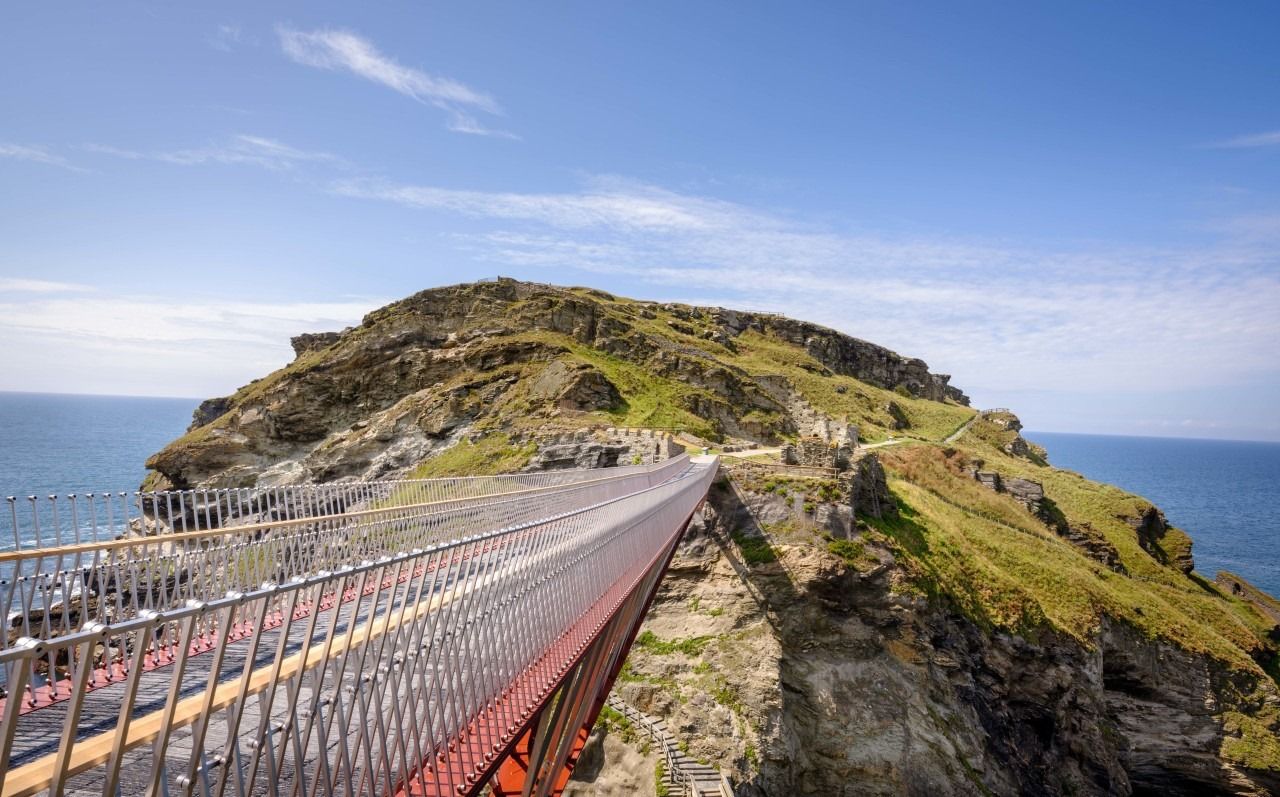 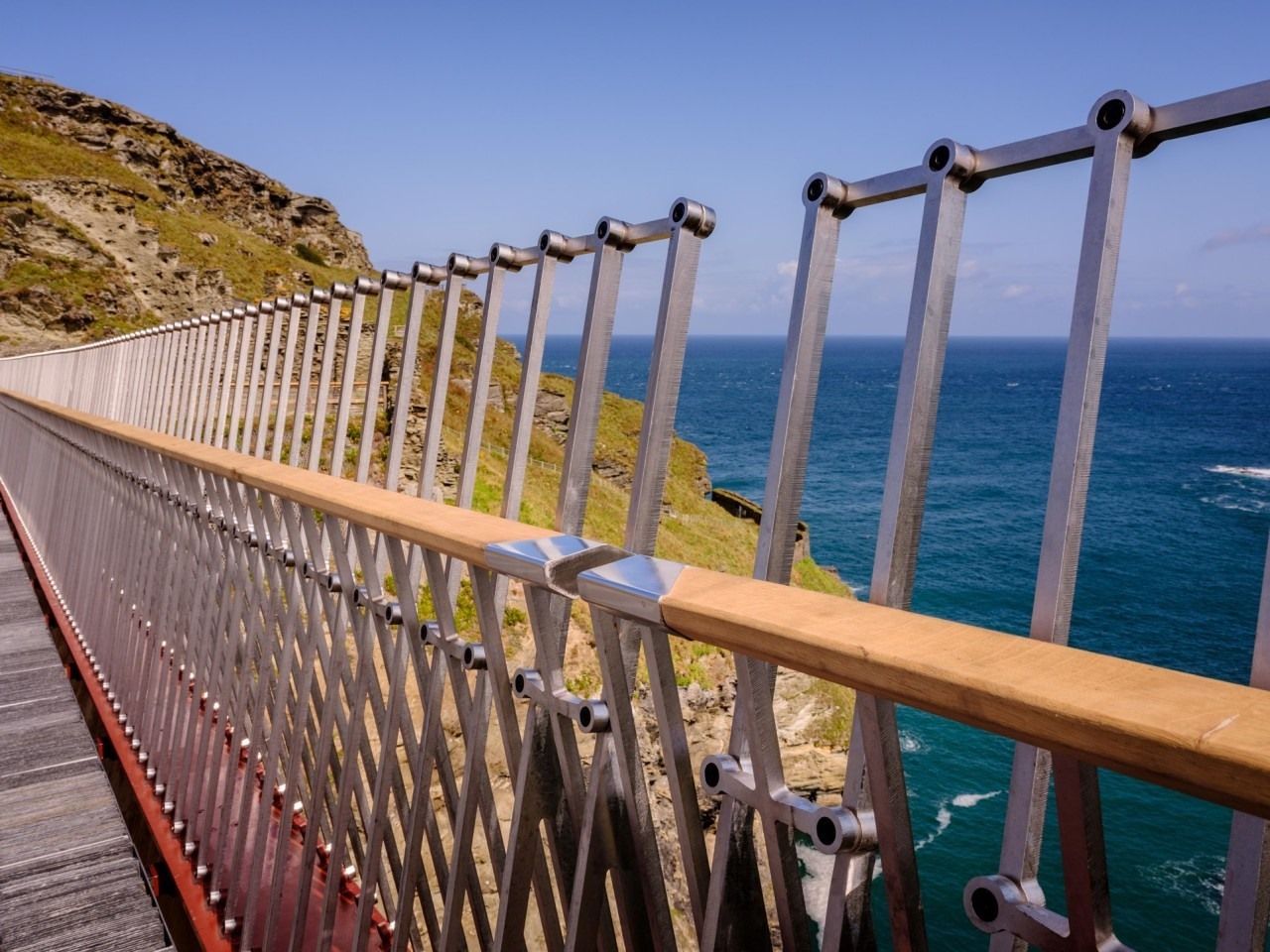 The bridge’s opening has been delayed due to poor weather conditions, but it will officially open to the public on Sunday, August 11.