Everybody knows about lions, tigers, and jaguars, but most of the wild felines out there are small cats. They may be little — often smaller than the domestic cat — but what the small wild cats may lack in stature they make up for with daring attitudes and good looks.

Like their big cousins, the small cats are threatened with habitat loss, poaching, and conflict with humans and livestock. But because they don’t have high profiles in the media, the small cats receive less than one percent of the total conservation funding available for wild cats. As a result, most of the small cats remain understudied and under-protected.

Here’s a look at nine of the world’s smallest cats and their conservation statuses according to the International Union for Conservation of Nature (IUCN) Red List of Threatened Species.

If you believe that they deserve more attention and protection, visit the Small Wild Cat Conservation Foundation website where you can learn about various conservation projects and contribute to small cat research. 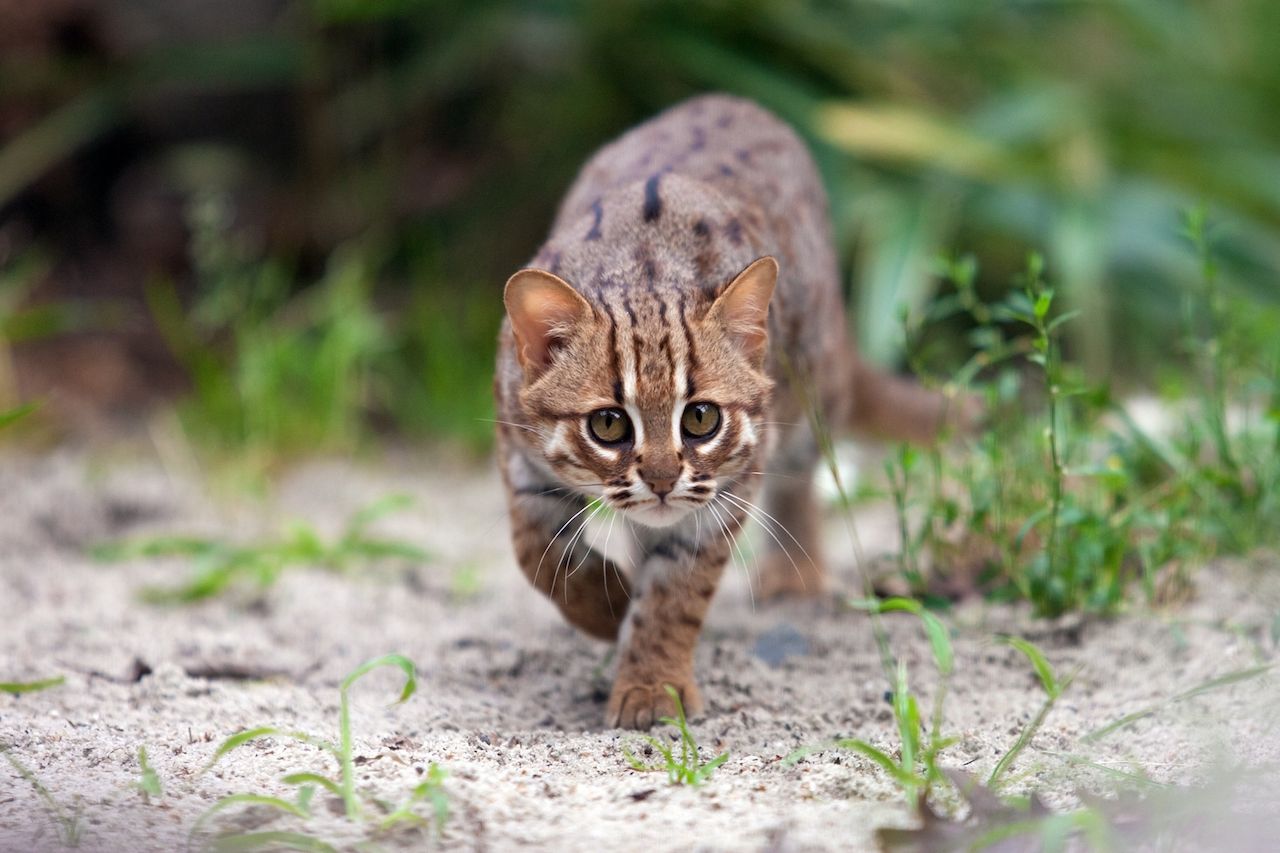 The smallest feline in the world is the rusty-spotted cat native to the deciduous forests of India and Sri Lanka. Growing to all of 3.5 pounds in weight and 19 inches in length, it is a small cat with a big attitude.

Behind its big-eyed face and tiny body hides a highly agile and aggressive predator. The rusty-spotted cat is equally at home in the trees and on the ground, where it catches its prey (mostly rodents and small birds) using rapid, darting movements.

It is listed as “Near Threatened” on the IUCN Red List, and its population is decreasing.

Sri Lanka’s Wilpattu National Park is the best place to see the rusty-spotted cat in the wild. The local Bird and Wildlife Team are experts at tracking down the elusive felines. 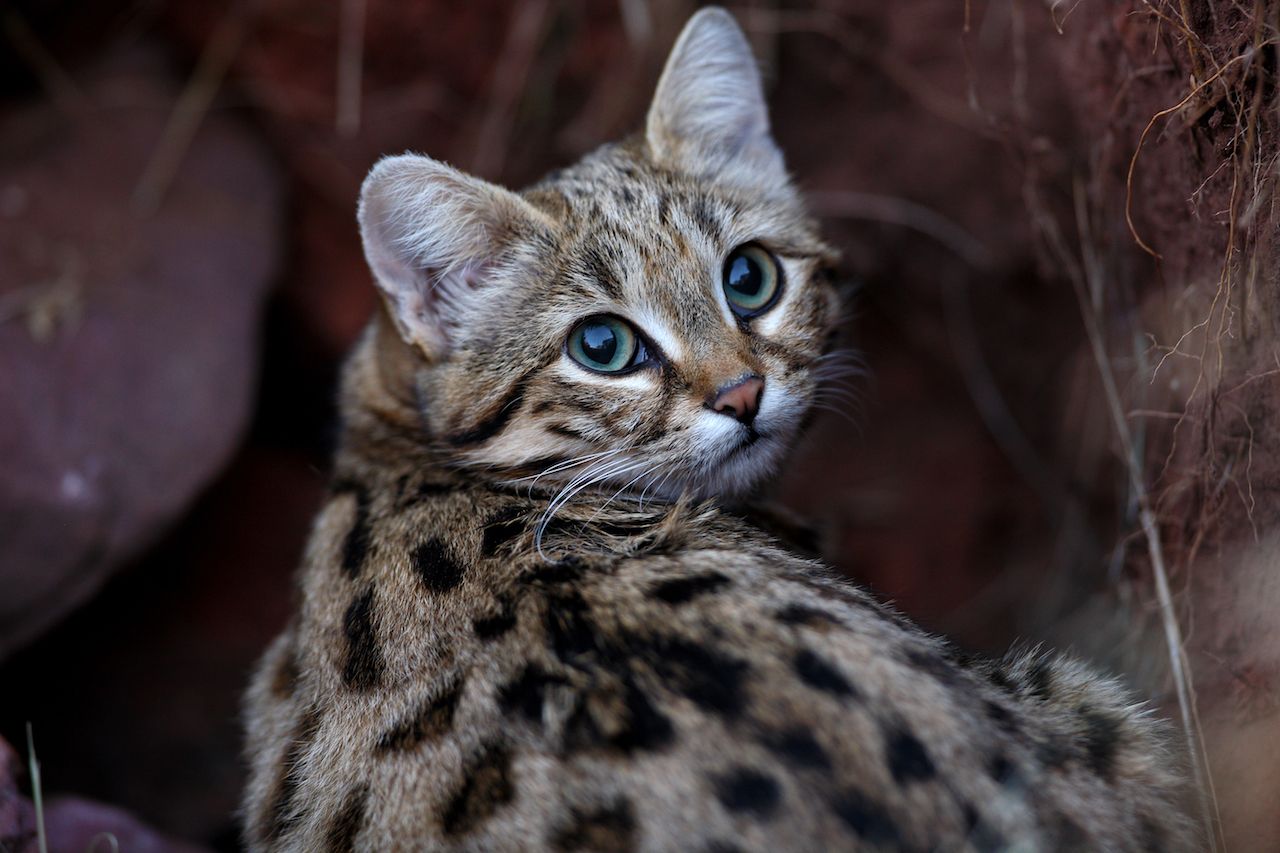 The second contender for the title of the world’s smallest cat is the black-footed cat, native to Southern Africa. At 3.6 pounds, it is the smallest wild cat in Africa.

Often referred to as the “deadliest cat on Earth,” this tiny cat has the highest hunting success rate in the entire cat family. It hunts rodents and small birds, often consuming up to 14 prey items in one night.

The Black-footed cat is listed as “Vulnerable” on the IUCN Red List, with just over 9,700 mature individuals remaining in the wild.

The best place to spot a black-footed cat in its natural habitat is Marrick Game Lodge in South Africa’s Northern Cape. 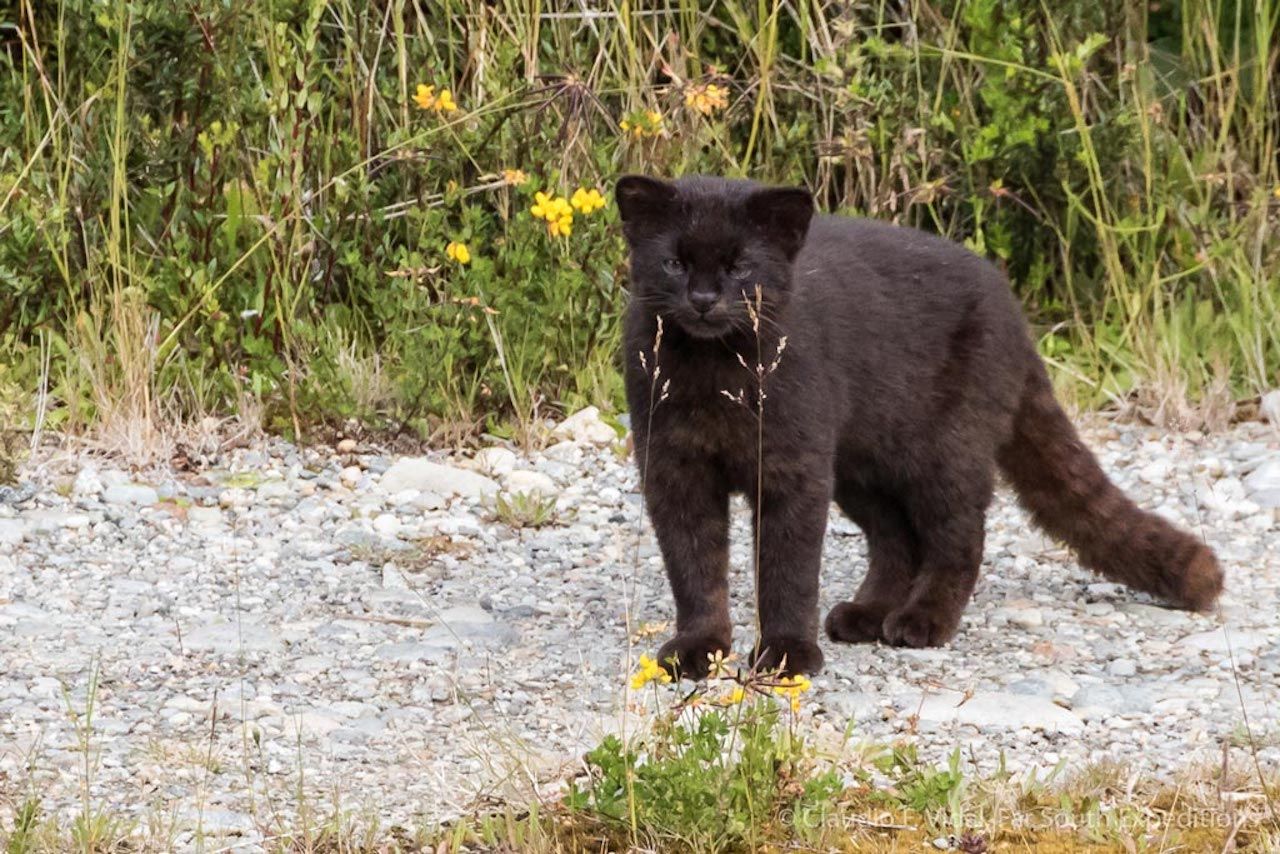 The smallest cat in the Americas, the 5.5-pound guiña or kodkod occurs only in Central and Southern Chile with parts of its range extending to the adjoining areas of Argentina.

While the guiña is an agile climber, it prefers to hunt on the ground, taking mainly small mammals, birds, lizards and insects.

It is currently listed as “Vulnerable” on the IUCN Red List, and its population is decreasing.

The best place to see guiña in the wild, including the unusual melanistic individuals, is Chiloe island in Chile. The Far South Expeditions offers four-day, three-night tours to the island to search for the rare mammals. 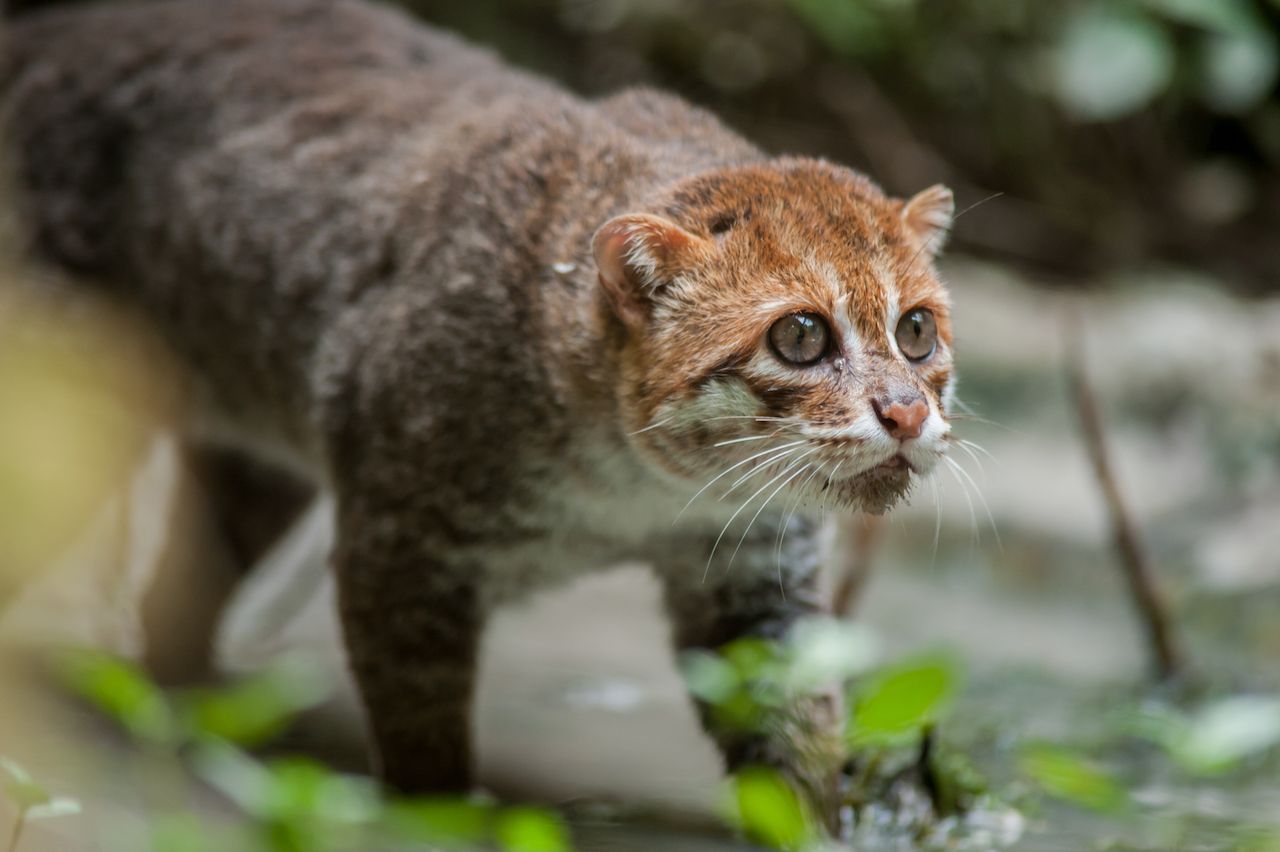 One of the oddest looking small wild cats in the world, the flat-headed cat also has the unfortunate distinction of being the most endangered small cat in Southeast Asia.

It is listed as “Endangered” on the IUCN Red List, and the experts estimate that there are no more than 2,500 mature individuals left in the wild, with no single population exceeding 250 adults.

The cat owes its odd looks to its semi-aquatic lifestyle. Its flattened forehead, partially webbed feet, and very long and sharp canines are all adaptations for catching and killing slippery fish and other aquatic vertebrates. 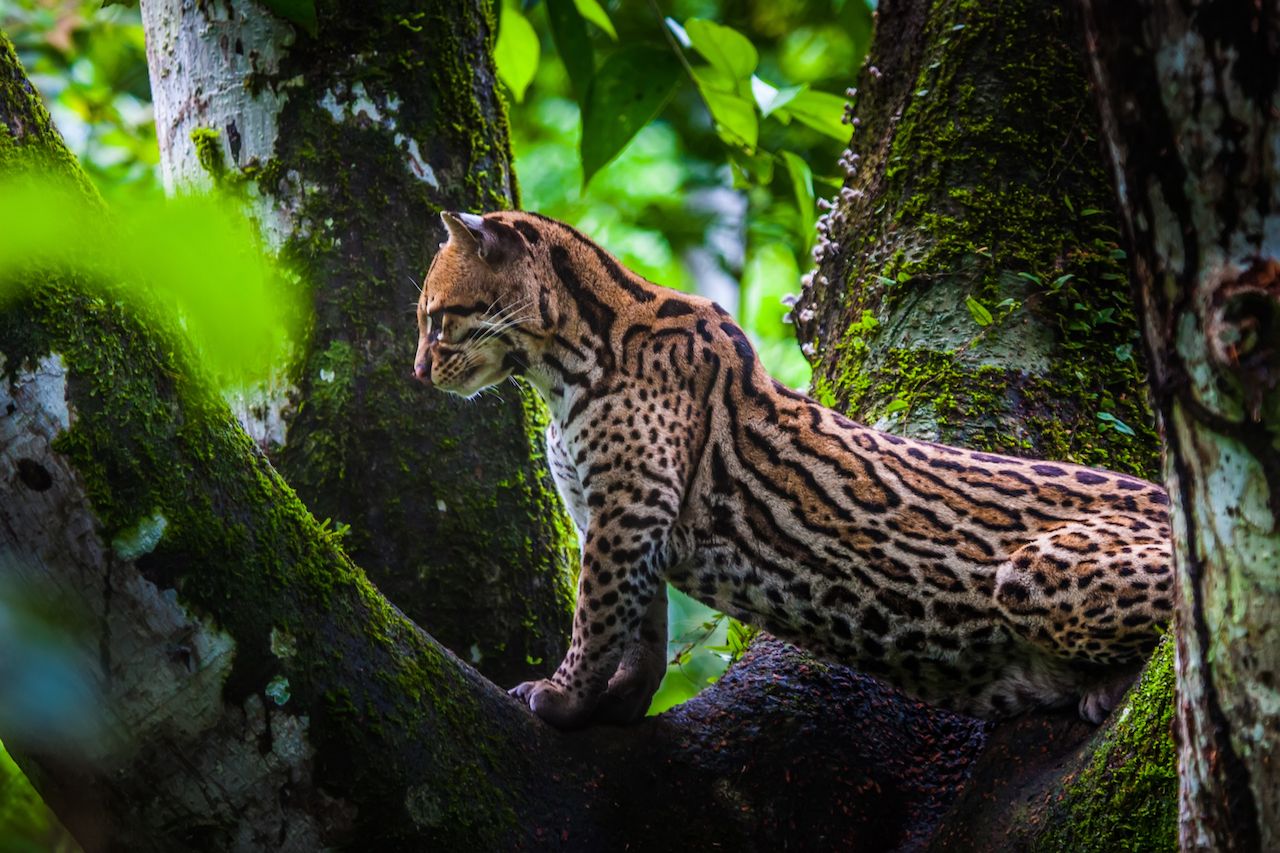 A small spotted South American cat, the oncilla has a wide distribution from Central America to southern Brazil.

Weighing up to 6.6 pounds, it is the second smallest cat in the Americas after the guiña. It is a good climber, but it prefers to hunt on the ground, where it stalks its prey from a distance and then pounces to catch and kill it. Like most small cats, it hunts small mammals, birds and reptiles.

Recent genetic studies revealed that oncillas living in southern Brazil do not interbreed with their northern cousins. As a result, we now have to distinct species: the northern oncilla and the southern oncilla.

Both oncilla species are listed as “Vulnerable” on the IUCN Red List, and their populations are decreasing.

A good place to try spotting an Oncilla in the wild is the Bellavista Lodge near Quito in Ecuador. 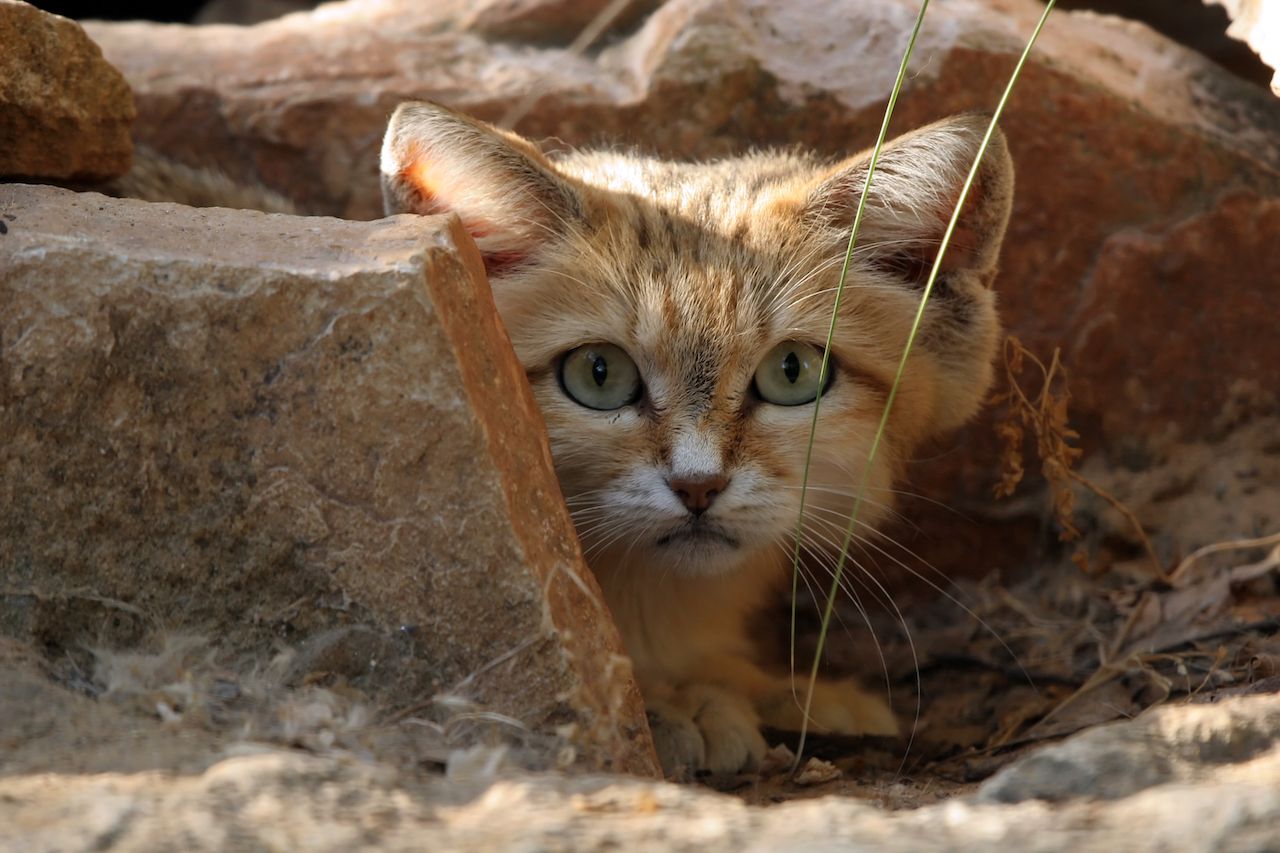 The only wild cat to live in the true desert, the sand cat can be found in North Africa, the Middle East, and Central Asia. Weighing all of 7.5 pounds, this desert warrior is capable of killing venomous snakes like sand vipers, but mostly it preys on small rodents and birds.

The sand cat is well-equipped for surviving in the extreme climate of the desert. Its dense sand-colored fur protects it from the cold of the desert night, and the peculiar strands of black hair on its feet shield its toes from the scorching sand.

There is not enough information about the population size of the sand cat in the wild, but it is considered stable and listed as “Least Concern” on the IUCN Red List.

Due to its cryptic habits, the sand cat is not an easy animal to see in the wild. For the best chance of spotting it, head to Western Sahara with the UK-based Wise Birding Holidays. 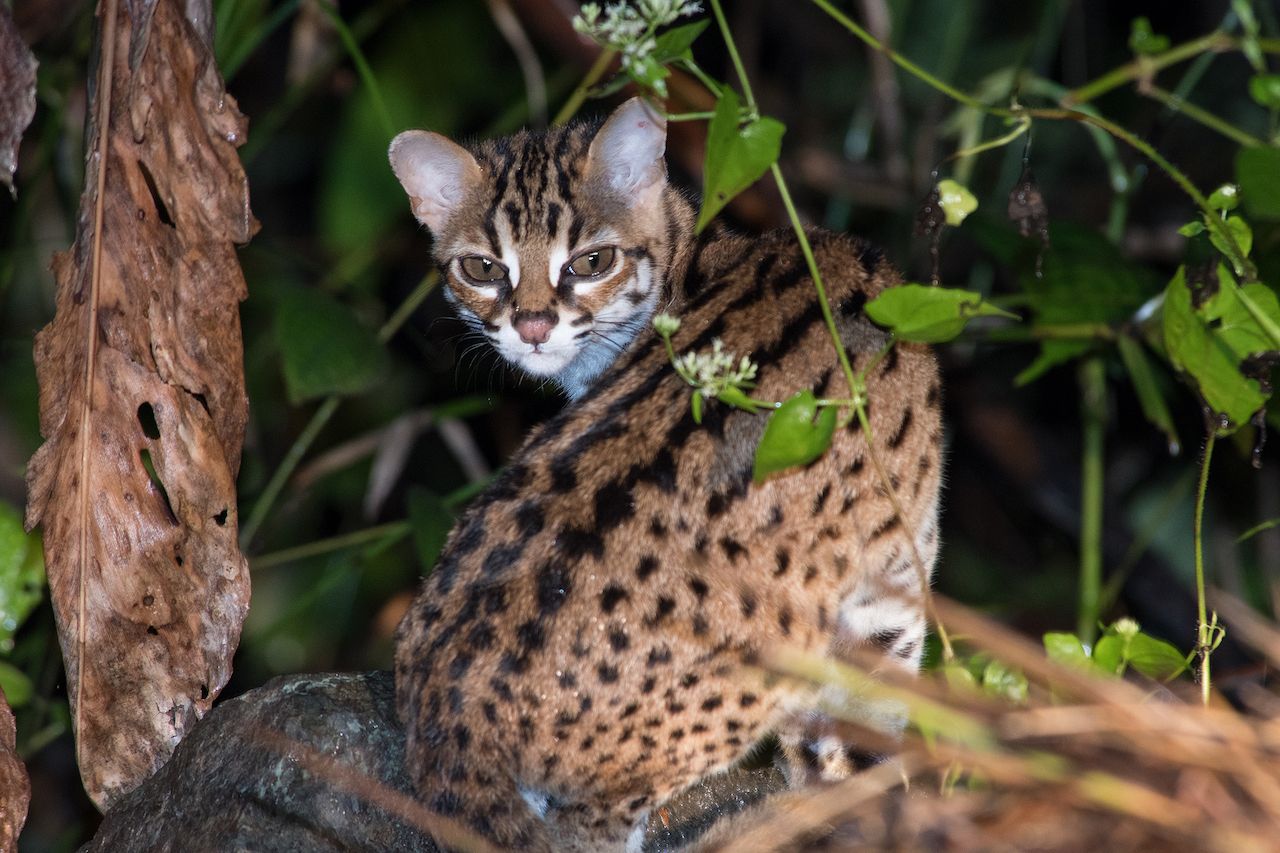 The most common, or rather the least uncommon, wild cat in Asia is the handsome leopard cat, native to South, Southeast, and East Asia. The populations on the islands of Borneo and Sumatra have recently been classified as a separate species, known as Sunda Leopard cat.

At 8.4 pounds, it is the third smallest wild cat in Asia. An agile climber, the leopard cat often hunts rodents and insects in the trees.

The population of the leopard cat is considered stable, and it is listed as “Least Concern” on the IUCN Red List.

The best place to see it in the wild is the Malaysian state of Sabah in Borneo. It can be found in most national parks. The local Adventure Alternative Borneo is one of the best wildlife tour operators on the island. 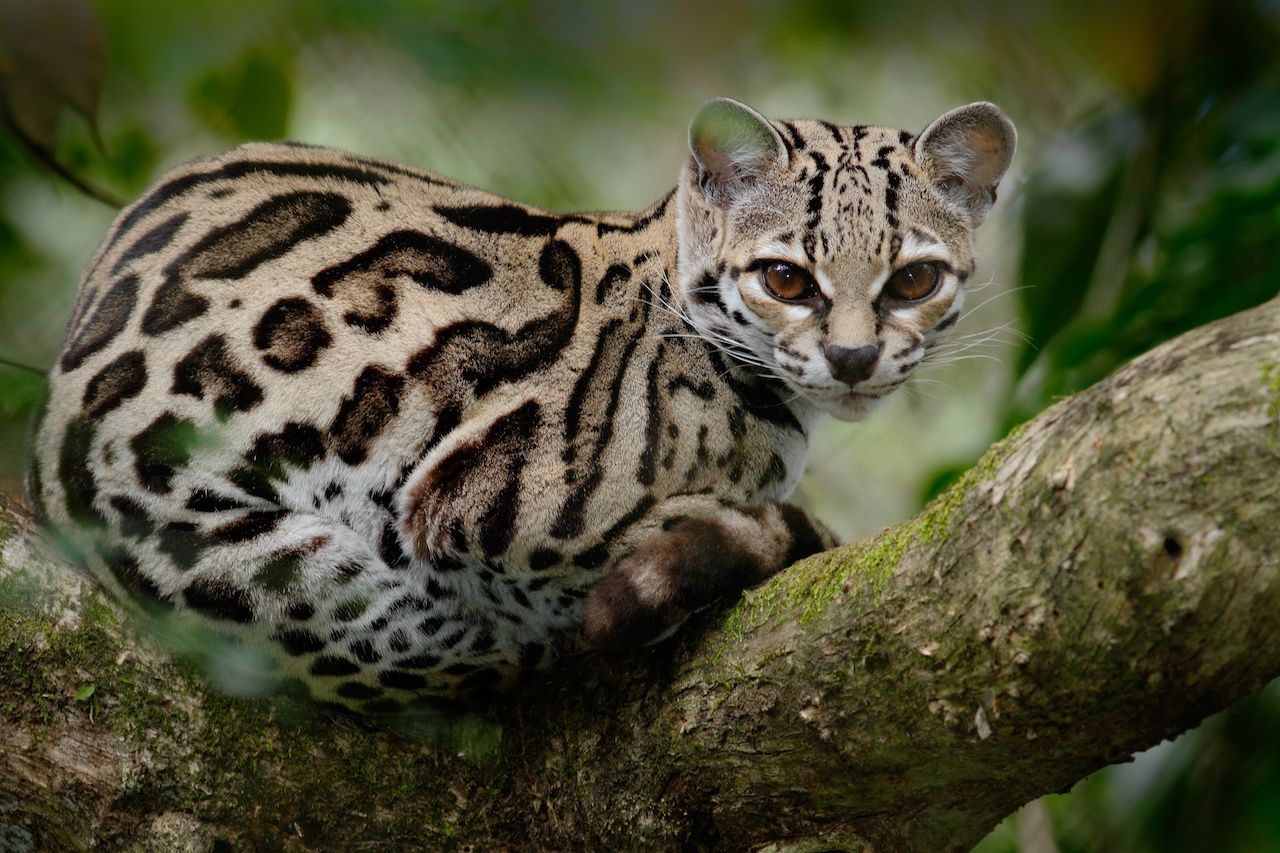 One of the most acrobatic wild cats, the Margay weighs only 8.8 pounds. It is native to Central and South America where it spends most of its life in the trees.

Equipped with flexible ankle joints that allow it to descend from trees head-first and a very long tail for balancing on the branches, the margay even gives birth in the trees.

The Margay’s other talent is mimicking the calls of a small monkey called a pied tamarin to lure the primate closer while the cat waits in ambush.

Currently, the margay is listed as “Near Threatened” on the IUCN Red List. And while the exact size of the wild population is not known, it is considered to be decreasing.

Because the margay spends most of its time among the dense foliage of tropical trees, it is a difficult cat to see in the wild. The Wildsumaco Lodge in Ecuador is a good place to try your luck spotting this talented acrobat. 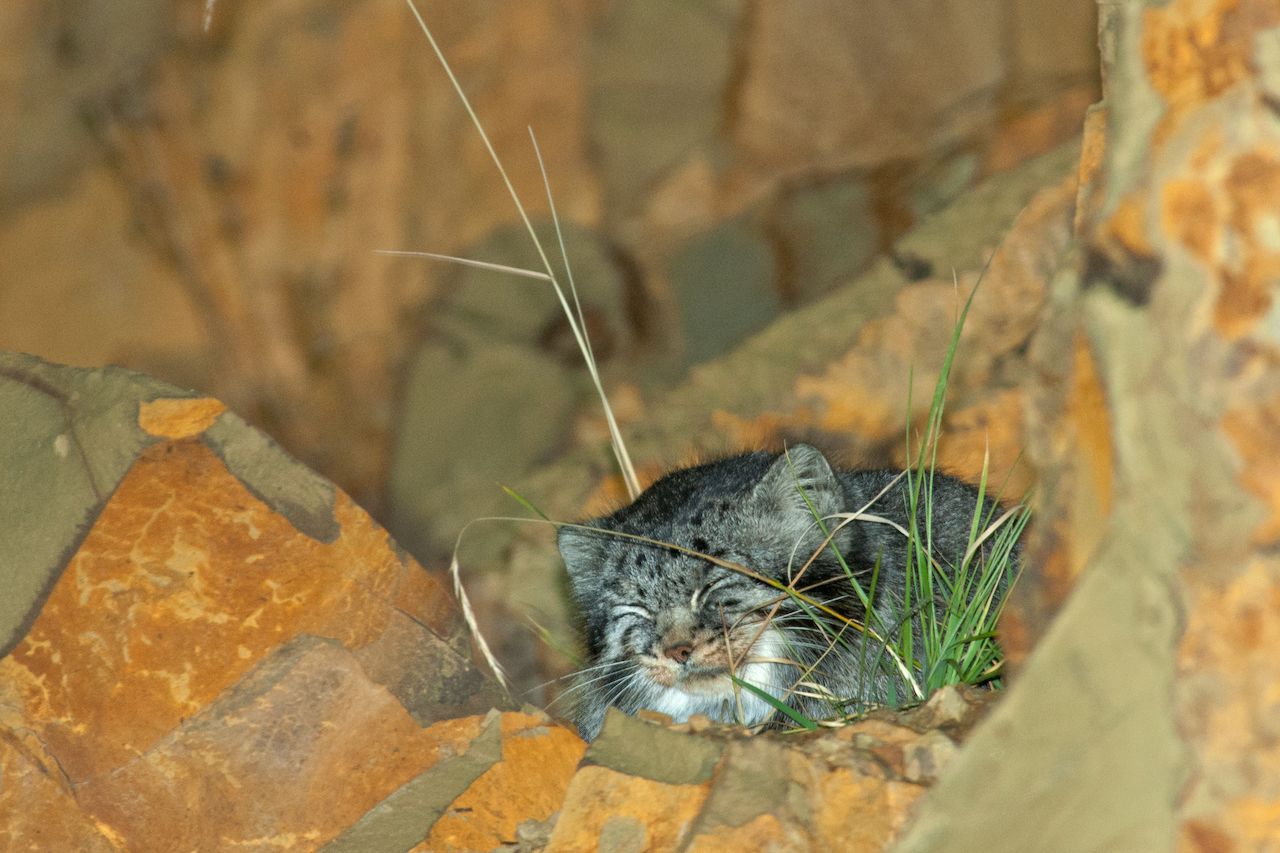 Google the term “grumpy wildcat” and images of the Pallas’s cat will flood your screen. This fierce and exceptionally fluffy feline, native to the inhospitable mountain slopes of Central Asia, is famous for its surly facial expressions.

Weighing only 9.9 pounds, it appears much larger due to its thick coat of long grey fur — a necessary luxury for survival in the harsh climate of its high-altitude home.

Despite its wide distribution, the Pallas’s cat is listed as “Near Threatened” on the IUCN Red List, and its population is decreasing.

The best place to see the Pallas’s cat is the remote corner of China’s Sichuan Province, in the Ruoergai County on the Tibetan Plateau. Sichuan Birding, based in Chengdu, can arrange custom trips to Ruoergai.

WildlifeThe World’s 7 Big Cats and Where To See Them in the Wild
Tagged
Sustainability Wildlife
What did you think of this story?
Meh
Good
Awesome