For the best part of the past half a century, Stephen King has given some of the finest fantasy, horror, sci-fi and suspense novels to the literary world. Fans of the acclaimed author are probably already aware that Maine is the place that he calls home. Many of his tales, and their subsequent cinema and television adaptations, are set to a backdrop of the state’s small towns and their idiosyncrasies. These once unassuming towns are peppered with curious landmarks that inspired King and provide fanatics with the nightmare-including fixes they crave.

This literary journey begins in the city of Bangor, where the Losers Club battled with perhaps the most fearsome clown ever known. It then moves on to explore the Pet Sematary in the serene towns of Orrington, Hancock and Ellsworth. The locations lay scattered around south-central Maine and are comfortable to discover on a self-guided road trip. Or there’s an option to take guided tours with a family of diehard King enthusiasts.

Visit Bangor for Pennywise Pranks and the Losers Club

Most Mainers will probably agree that if it weren’t for Stephen King then Bangor wouldn’t have received such international fame. But this riverside city and the nation’s former lumber capital, located a two-hour drive north of Portland, is where the novelist settled in 1979. You can walk right up to the gates of the house where he and his wife Tabitha live on 47 West Broadway, in the Whitney Park Historic District. Decorated with gargoyles and with bats perched upon the gates, the redbrick Victorian mansion looks prime for a murder mystery. 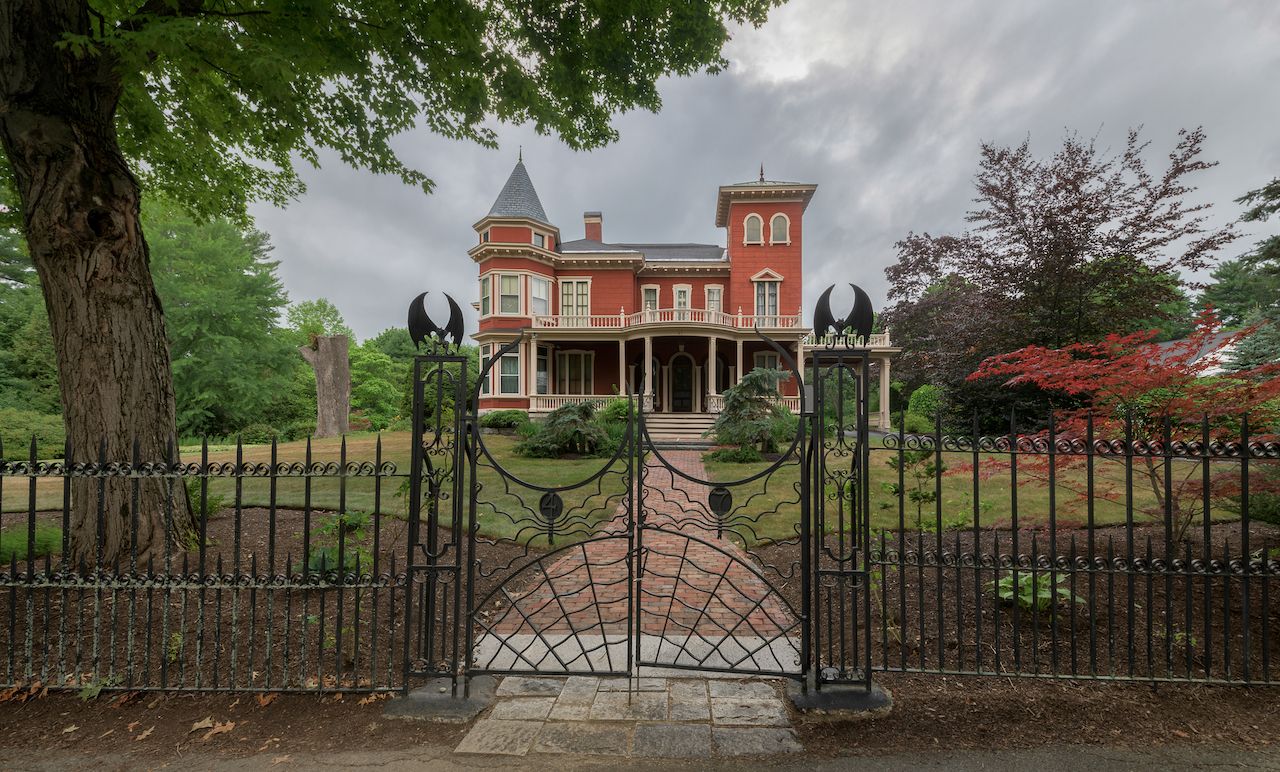 Bangor is also the real life version of Derry, one of three fictional towns that King invented and based his books around. This is where the shapeshifting dancing clown Pennywise tortured and tormented the misfit members of the Losers Club in It. Make the Thomas Hill Standpipe your first stop on the It trail. Seemingly harmless to look at, it served as the haunted water tower. 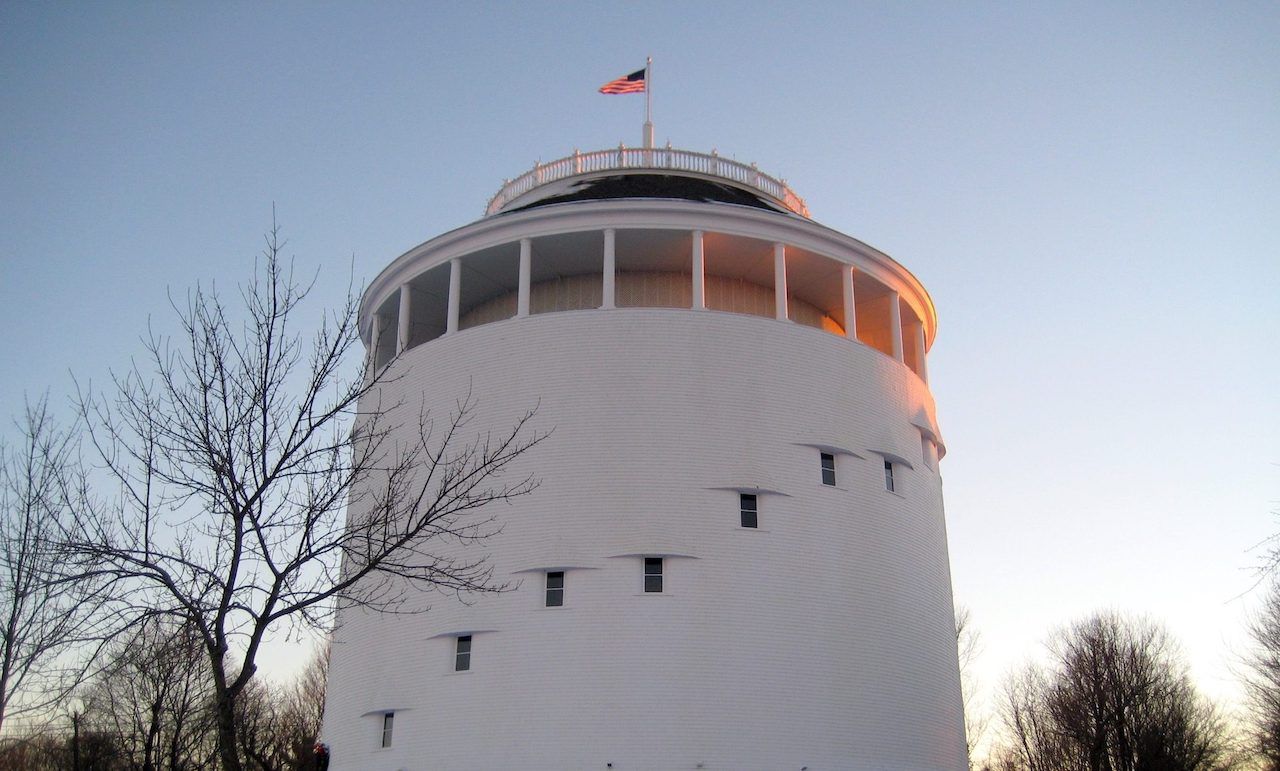 Rumor has it that King wrote the book while gazing at the tower from a bench in the adjacent park. From here it’s a short stroll to a sewer drain at the corner of Union and Jackson streets, which was the inspiration for the opening scene in the book. We can’t confirm if Pennywise lives down there or not, so it’s up to you if you reach your hand inside like the unsuspecting Georgie did.

About a mile and a half away from the normal-looking but creepy drain stands the Paul Bunyan Statue. He’s a jovial celebration of a folkloric giant lumberjack revered for his superhuman labors. But don’t be fooled by his smile, because an evil spirit brought him to life in It and coaxed him into attacking poor Richie Tozier. The statue had a brief mention in the horror-fantasy novel Insomnia, too. 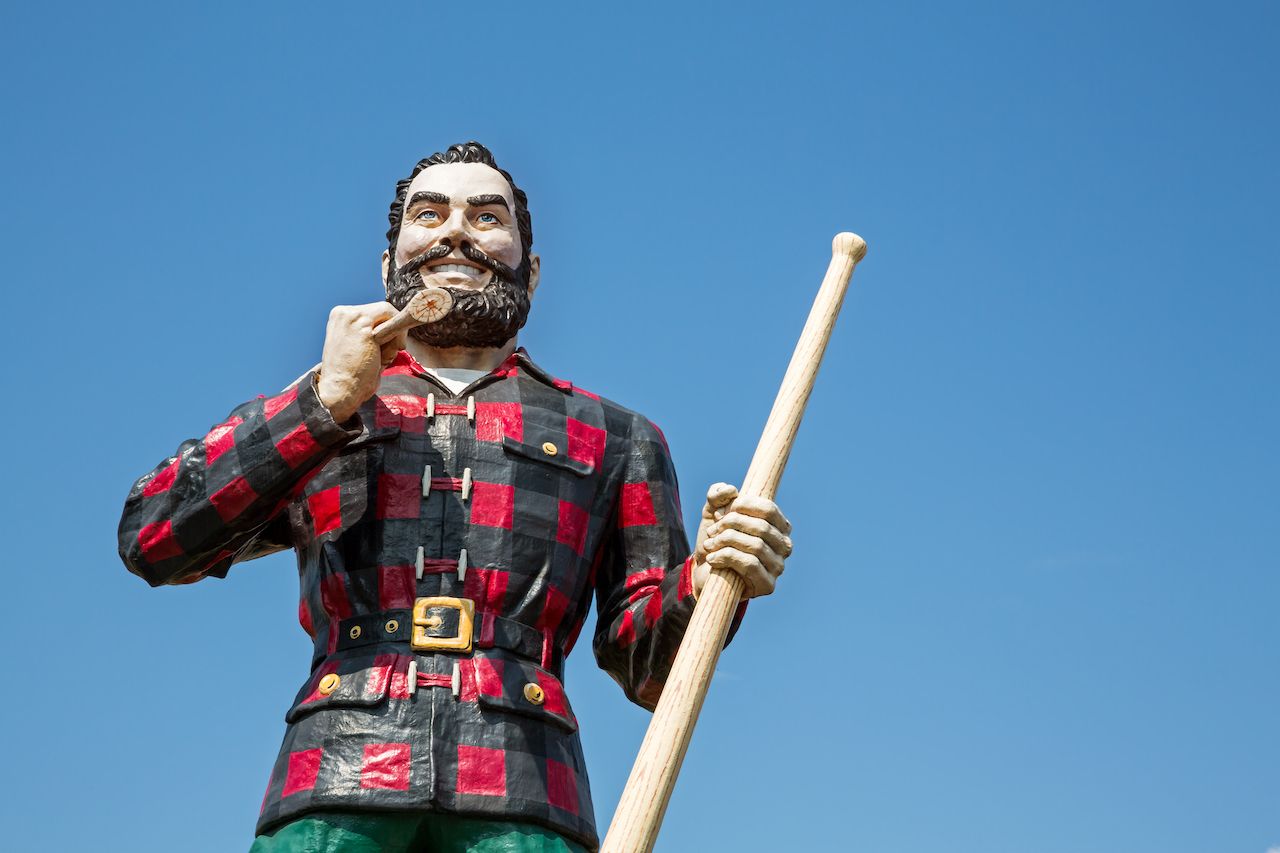 Back in downtown Bangor, it’s worth going for a stroll along the Kenduskeag Stream. Renamed the Barrens by King, it’s where the Losers Club came to plan the downfall of Pennywise. Feel free to scream “Who doesn’t love splashing around in shitty water?”, as was proclaimed in the original movie adaptation.

While in Derry (or Bangor) there’s a couple of other noteworthy ports of call. A mural on Union and 2nd streets depicts King alongside Maine icons such as mental-health activist Dorothea Dix and musician Patty Griffin. The Gerald Winters and Son bookshop on Main Street is the city’s go-to for first editions and memorabilia.

Wander the Sites of the Pet Sematary

Drive for about 10 minutes north along the banks of the Penobscot River from downtown Bangor and you’ll reach Mount Hope Cemetery. Not only is this the second-oldest garden cemetery in the United States, it’s also shrouded in history and legends. 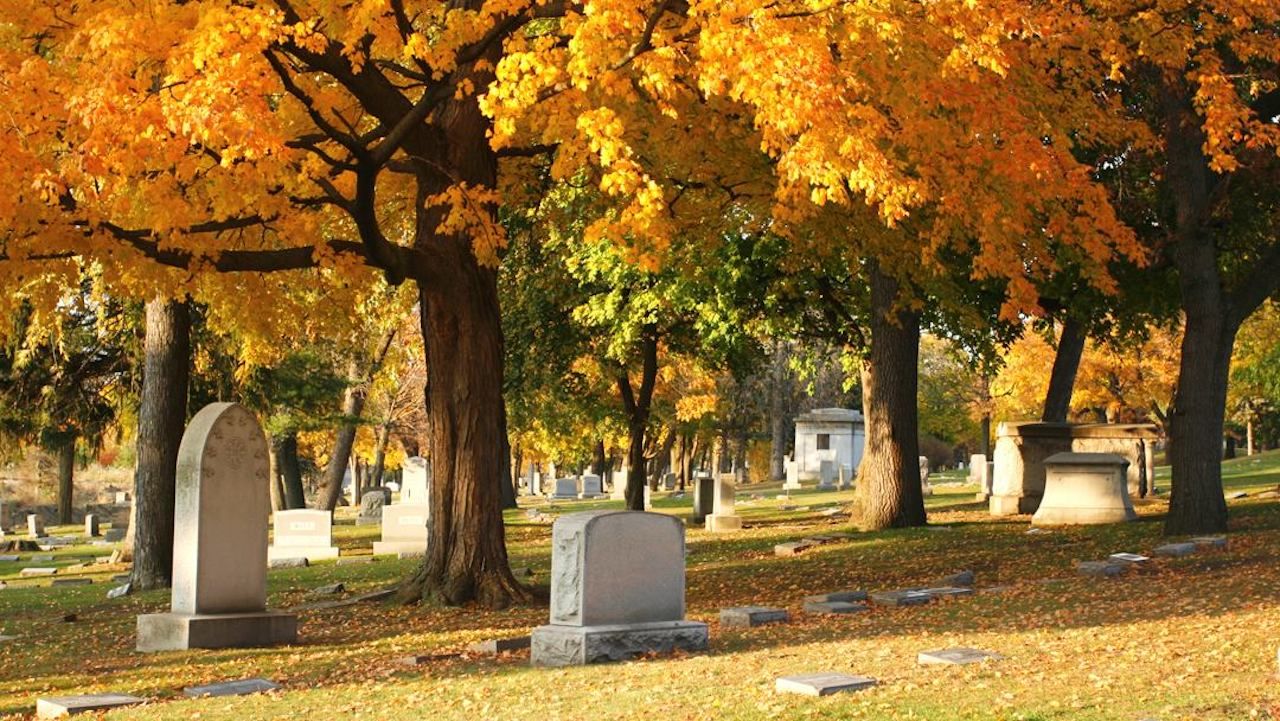 The writer was known to come here during his free time when studying in nearby Orono. Keep an eye out for the gravestone of Carrie M. Hesseltine, which was the supposed inspiration for the name of King’s breakout book Carrie. The cemetery is perhaps more famous for its appearance in the Pet Sematary movie — King even made a cameo as a minister conducting a funeral.

It’s a 20-minute drive south to our next stop, Orrington, where King and his family lived at 664 River Road in early 1979. In the woods behind the house, he stumbled upon an informal burial ground for pets that had been christened the Pet Sematary. This became the title of his self-proclaimed scariest novel. The house used for the original movie bears a striking resemblance to King’s and is located 40 miles to the east at 303 Point Road, Hancock.

If Bangor is your base then cruise back slowly via US Route 1 and highway 15, which pass through leafy villages and along the banks of rippling rivers. Consider a short detour to Dysart’s Restaurant and Truck Stop, in Hermon. 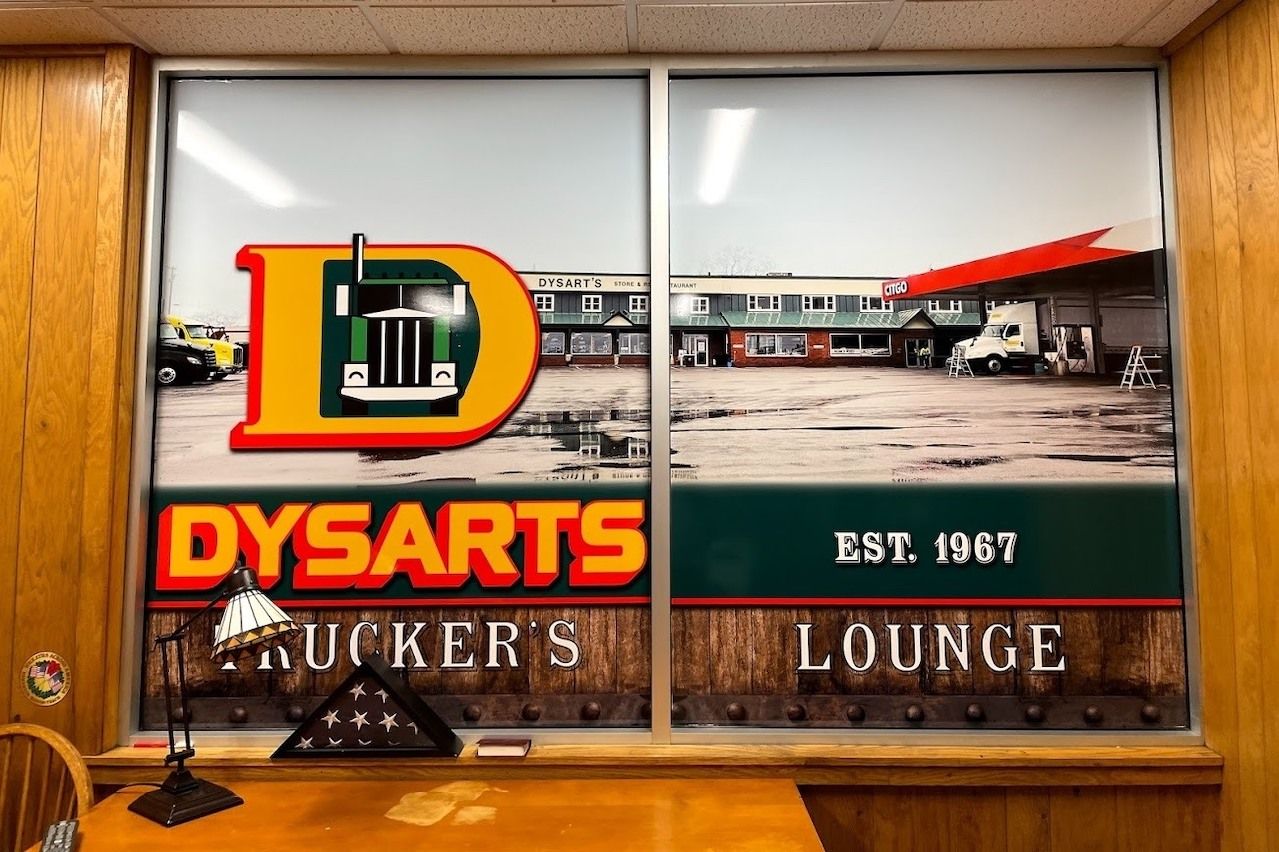 It was here that a group of semi-trailers came to life and terrorized every human in sight in the short story, Trucks. Only six survived and they found refuge inside the diner, which happens to do a tasty range of baked goods, breakfasts, burgers and salads.

Take a tour with the experts

Of course, you could easily do all of the above by yourself; however, we appreciate that sometimes it’s nice to be shown around by a specialist on the subject. Based out of Bangor, SK Tours is the brainchild of Penney and Stu Tinker and their son Jamie. 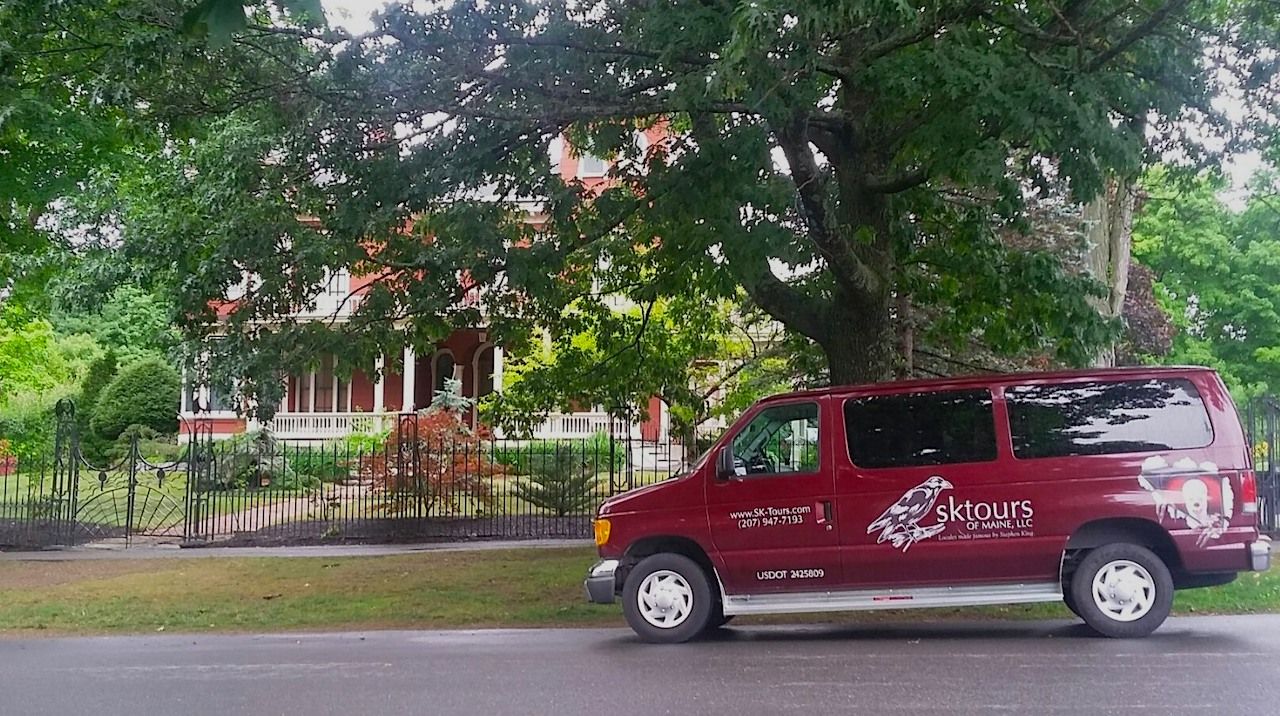 All are lifelong King fans and offer three-hour tours of notable places in and around the city. The tours pause at the Oriental Jade Asian restaurant, which inspired the Jade of the Orient in It. We doubt you’ll find any crickets or eyeballs in your fortune cookies, but you will get some authentic dumplings, miso soup and ramen noodles.

According to co-founder Jamie Tinker, King is “one of the most popular living authors, yet it’s common to see him on his daily walk, having dinner at the local restaurants, and at the local cinemas and bookstores.” Tinker states that the “King family’s quiet generosity and charitable giving towards our schools, parks, libraries, theaters, hospitals, shelters, and recovery centers throughout the area have enriched the lives of more people in the region than we’ll ever know.” One of Jamie’s favorite spots on the tour is the Thomas Hill Standpipe, which he grew up next to and got spooked by when reading It for the first time.

The Gateway to King’s Horrors

Anyone choosing to fly in or out of King country can do so at Bangor International Airport. In a fitting arrival or departure, there’s a nod to the writer. Much of The Langoliers, the first of the Four Past Midnight horror miniseries, takes place at the airport — the movie was also shot on site. Hopefully, you won’t need to fly through a space-time rip when taking off and landing.

CampingThe 7 Most Haunted Camps in the United States
Tagged
Holidays Trip Planning Maine, United States
What did you think of this story?
Meh
Good
Awesome

9 of the Most Beautiful Christmas Trees From Around the World