December in South America usually means warm summer days drenched in sunlight. This December, however, travelers in Chile and Argentina can experience a dark-as-night sky in the middle of the afternoon. On December 14, 2020, a total solar eclipse will cut across Chile’s Lake District and northern Patagonia in Argentina, where anyone within the 56-mile-wide path of totality can witness the moon pass fully between the sun and Earth. The phenomenon will reach Chile’s west coast at 1:00 PM and take about 20 minutes to cross over Argentina’s east coast. 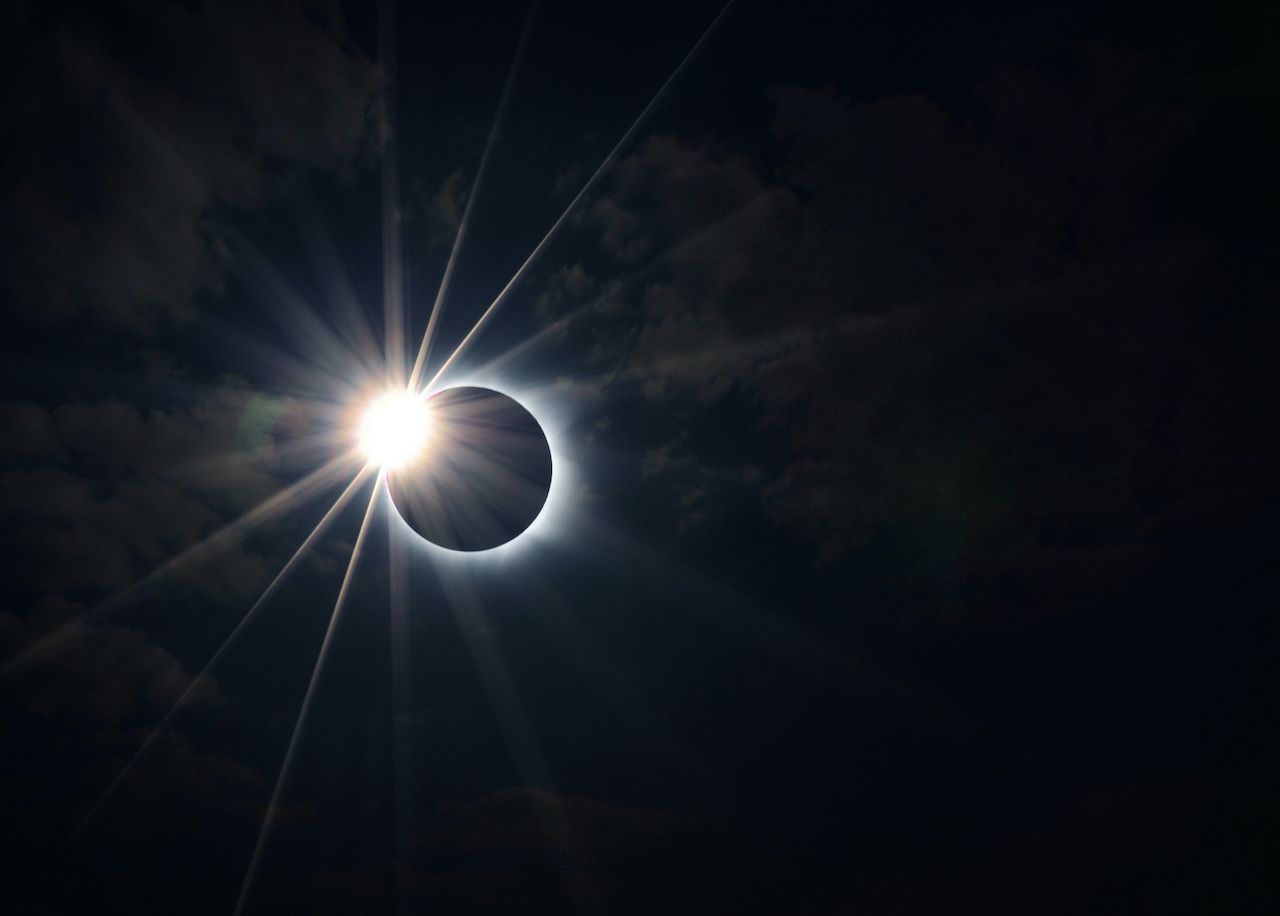 A partial eclipse will be visible across much of the continent, but why travel all that way and miss out on totality? Especially considering it’s happening overhead some of South America’s most epic scenery. Here’s where to go in Chile and Argentina if you not only want to see the 2020 total solar eclipse but also turn it into one hell of a trip. 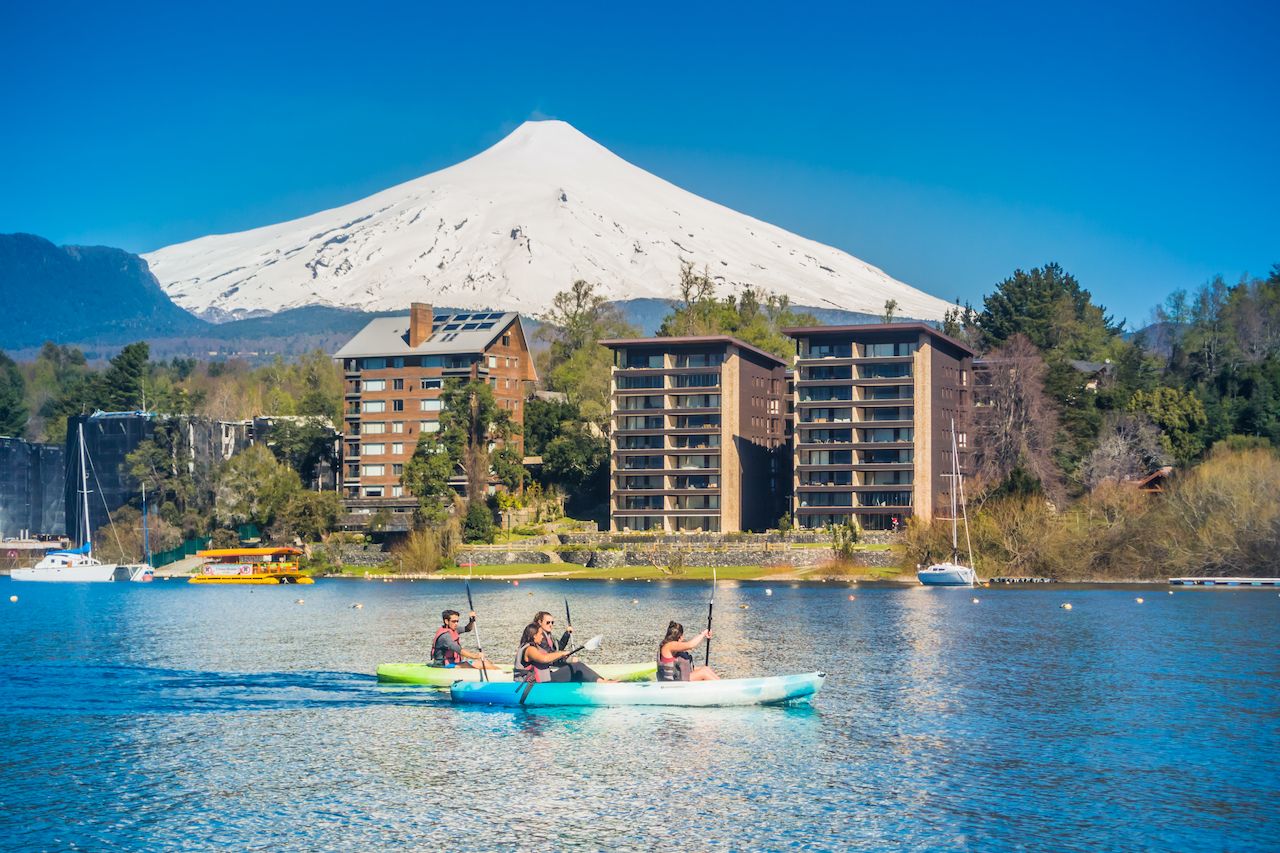 Pucón takes the top spot on this list for two reasons: Eclipse-chasers can expect a long duration of totality at two minutes and nine seconds, and the town itself is a well-established adventure destination that’s equipped for an influx of tourists.

Sat on the banks of Lake Villarrica in the Chilean Lake District, beneath a same-named volcano that caters to alternating crowds of skiers and trekkers, Pucón is plenty entertaining even without a celestial event tipping the tourist scales in its favor. There’s whitewater rafting on the Trancura River, biking and horseback riding on forest trails, and jet skiing off Playa Grande. As summer will just be starting in December, you’ll also appreciate the town’s access to Huerquehue National Park in the days leading up to or following the eclipse.

Eco-lodges, boutique hotels, and guesthouses are all available to travelers, who convene at the bars and restaurants along main-drag Avenida O’Higgins after full days outdoors — whether that means connecting with the earth at eye level or admiring the sky above. 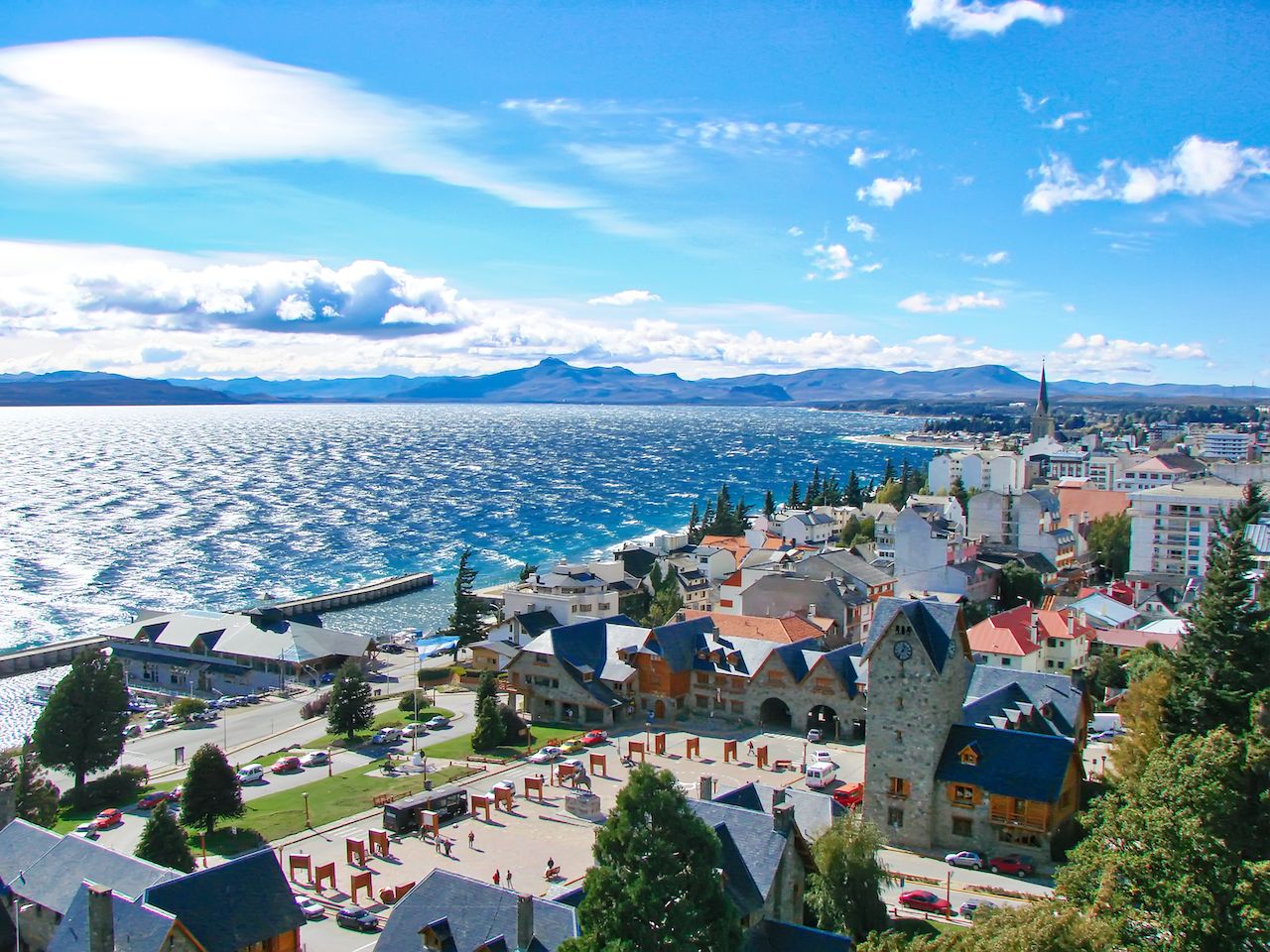 Though Bariloche sits slightly outside the path of totality, it nonetheless secured a spot on this list, much as it has on many a Patagonia itinerary.

Bariloche is pure magic: It lies at the heart of Argentina’s Lake District in the Andes, neighbored by Nahuel Huapi National Park, the country’s oldest. Nearby Cerro Catedral is a major snow-sports resort while downtown serves up a microbrew-heavy après scene that keeps going strong even after the skiers have cleared out. If not for the many parrillas serving up classic Argentine asado, Bariloche’s alpine architecture and famously tasty chocolate might have you convinced you’re in Switzerland.

When it comes time to actually view the eclipse, visitors may want to journey to Junín de los Andes or Piedra del Águila a couple of hours north in the Neuquén province. There’s not much in the way of tourist infrastructure in either destination, but the promise of better visibility and a front-row seat on the path of totality are more than worth the excursion. Some eclipse-chasers will head to the province’s eponymous capital, Patagonia’s largest city, as well. 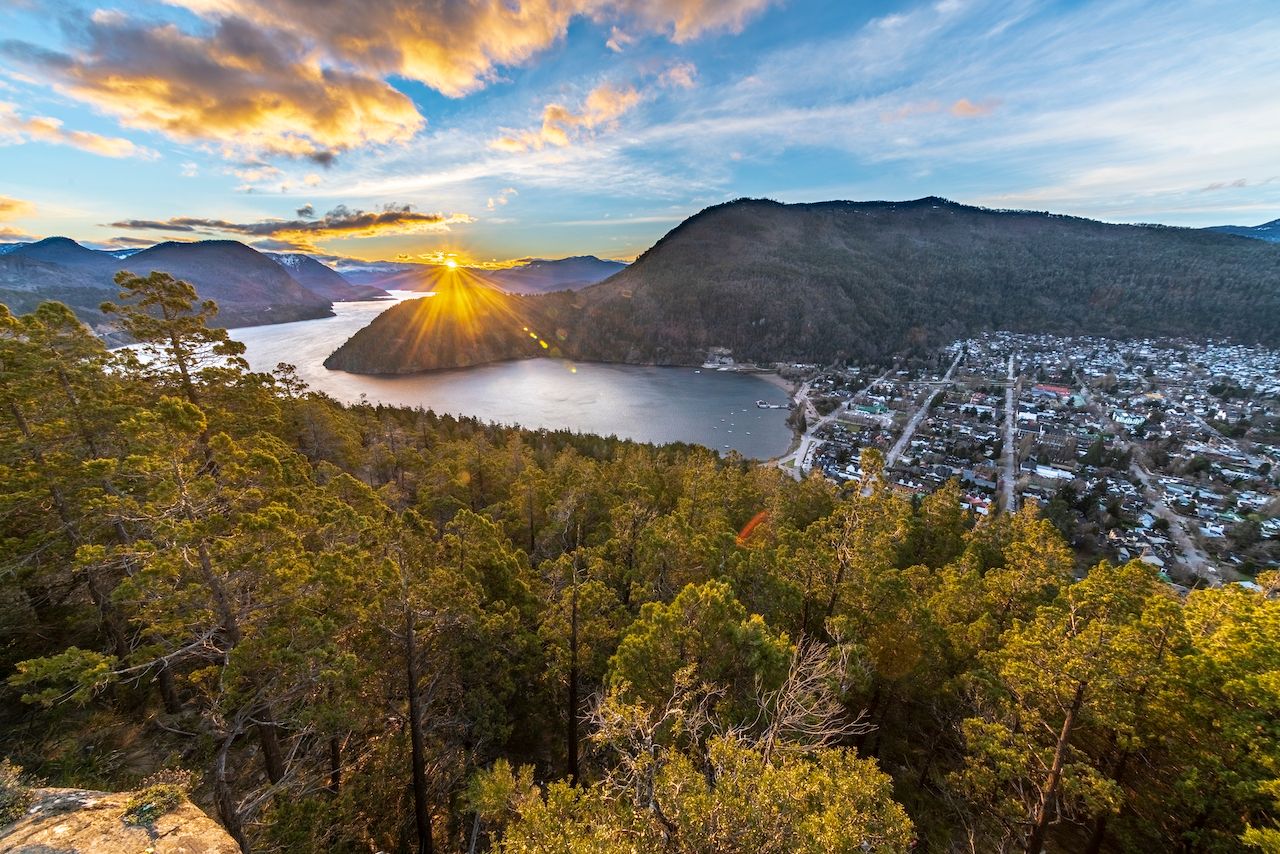 San Martín de los Andes is like baby Bariloche: slightly smaller, a little more low-key, and somewhat less discovered. Yet it too is situated in Andean foothills. It too wraps around its very own lake, Lácar, and opens to a national park, Lanín. And come December, it too will play host to its very own eclipse-chasers, who’ll actually be able to experience totality from town.

One of the benefits of choosing a viewing base in Argentine Patagonia is that there’s less likelihood of cloud coverage during the eclipse. Take advantage of the clearer skies while in the area, opting for activities like boating and birdwatching in your downtime. San Martín de los Andes also has a high density of surprisingly good restaurants and doubles as handicraft central, so it’s likely you’ll walk away with a better souvenir than eclipse glasses. 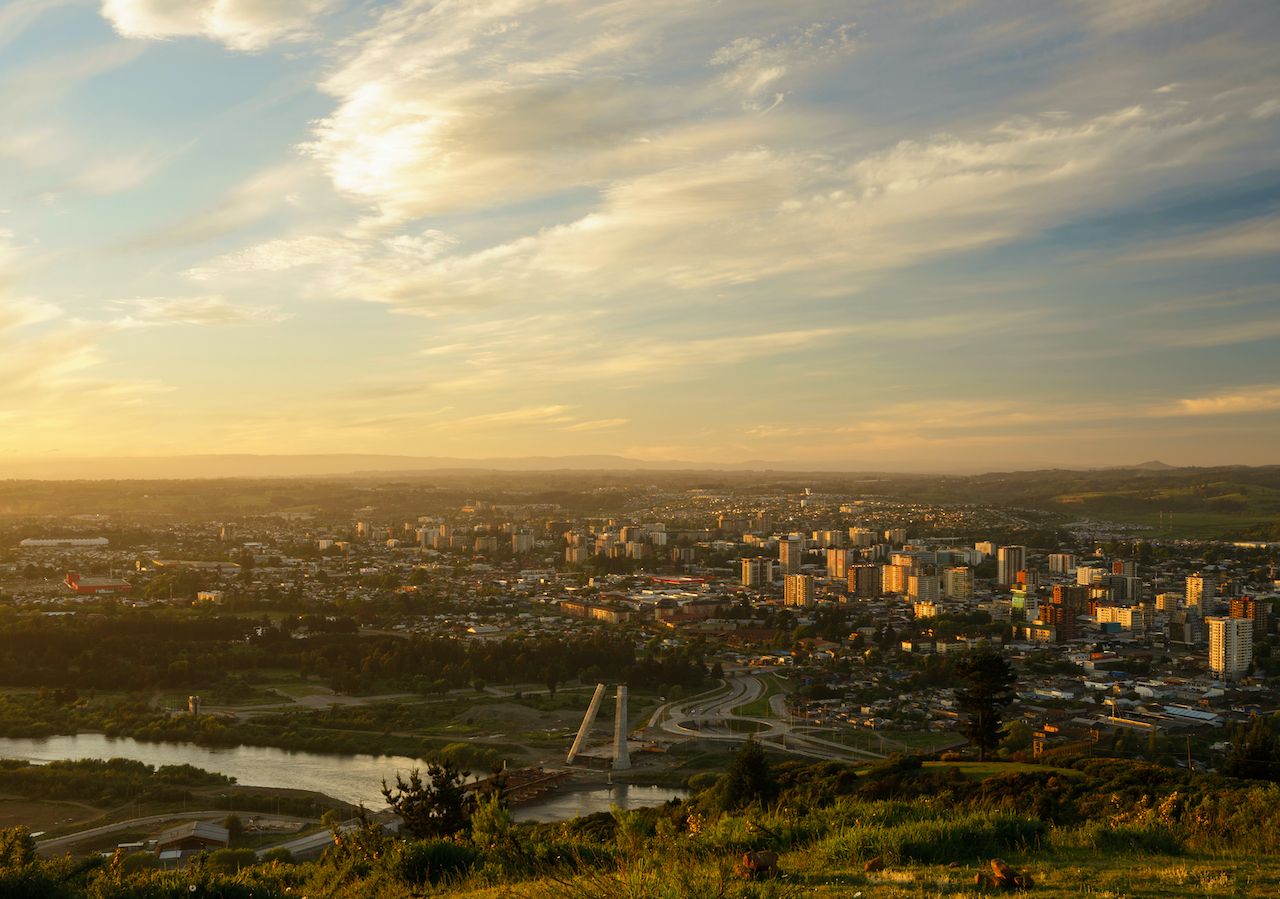 Temuco, an hour-and-a-half drive north of Pucón in central Chile, will experience a shorter duration of totality at roughly about 40 seconds. A mid-sized city, Temuco has a population about 10 times that of Pucón, and while it lacks the latter’s mountain-town scenery, there’s more spirit imbued in its streets than might appear at the first glance.

Representing the city’s 200,000-plus residents are sizeable student and indigenous Mapuche populations. Though not famous for much, Temuco is well-known as the former home of two Chilean Nobel laureates: Pablo Neruda and Gabriela Mistral. Plan to station yourself at the Cerro Ñielol Natural Monument, the tallest point in the city, during the eclipse. After, stick around the park’s 90 hectares of woodland to hunt for copihue, Chile’s national flower. 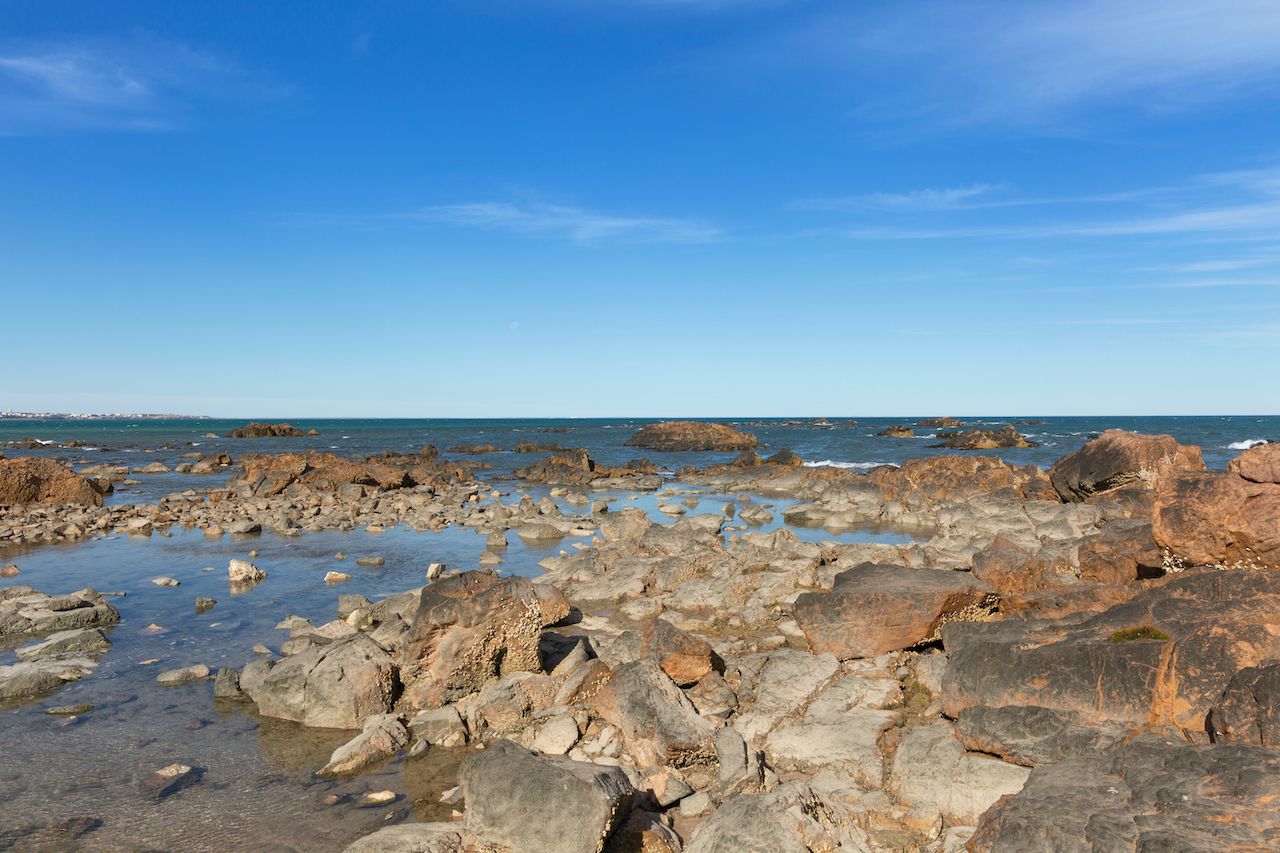 Argentina’s mountain towns don’t have a monopoly on the total solar eclipse. Among the places projected to have the best viewing conditions is Las Grutas, a beach resort on the Río Negro. As a seaside escape, Las Grutas delivers with warmer-than-usual waters for Patagonia, southern right whales between June and December, and endless beachy caves and crannies to explore. Plus sand dunes to ATV down and even a couple of casinos should the mood strike. Las Grutas is a solid option for those looking to escape the tour groups that will congregate in Pucón, Bariloche, Piedra del Águila, and others, though travelers should still expect to contend with the regular summer beachgoers.

12 stargazing events you don’t want to miss in 2020
Tagged
Astronomy Insider Guides
What did you think of this story?
Meh
Good
Awesome