There are a ton of great train journeys you can take to see some of the most beautiful landscapes in the UK, but few are as beautiful inside as this train designed by Wes Anderson. 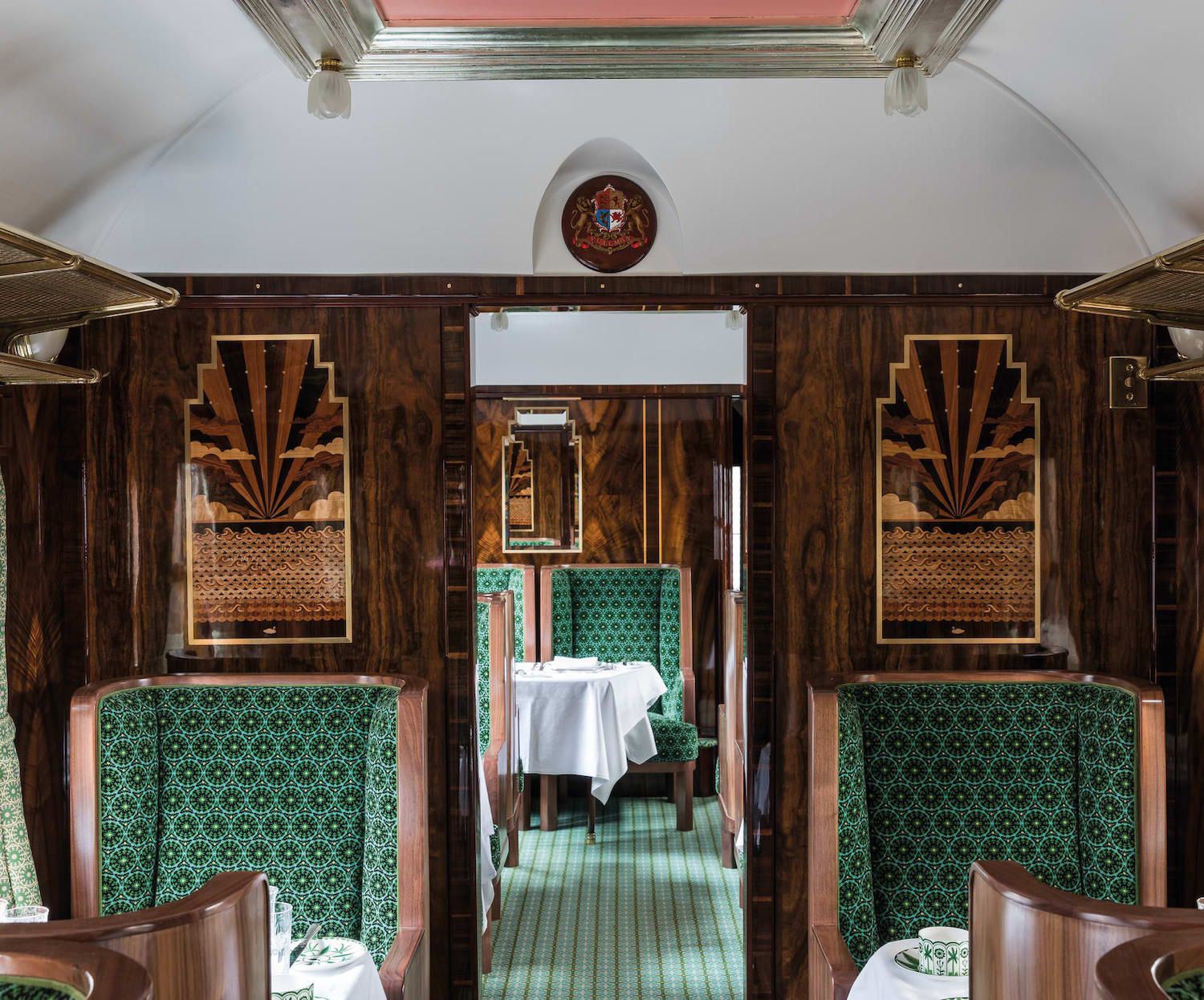 If you’ve seen any movie directed by Wes Anderson (or checked out the Accidentally Wes Anderson book), then you know he has a very particular aesthetic that’s symmetrical, colorful, motif-heavy, and full of retro compositions. Anderson brought all those signature elements together to remodel the 1950s Cygnus carriage of the iconic British Pullman train. The few photos made available by Belmond, the railway company that operates the British Pullman, show an exceptionally elegant space. 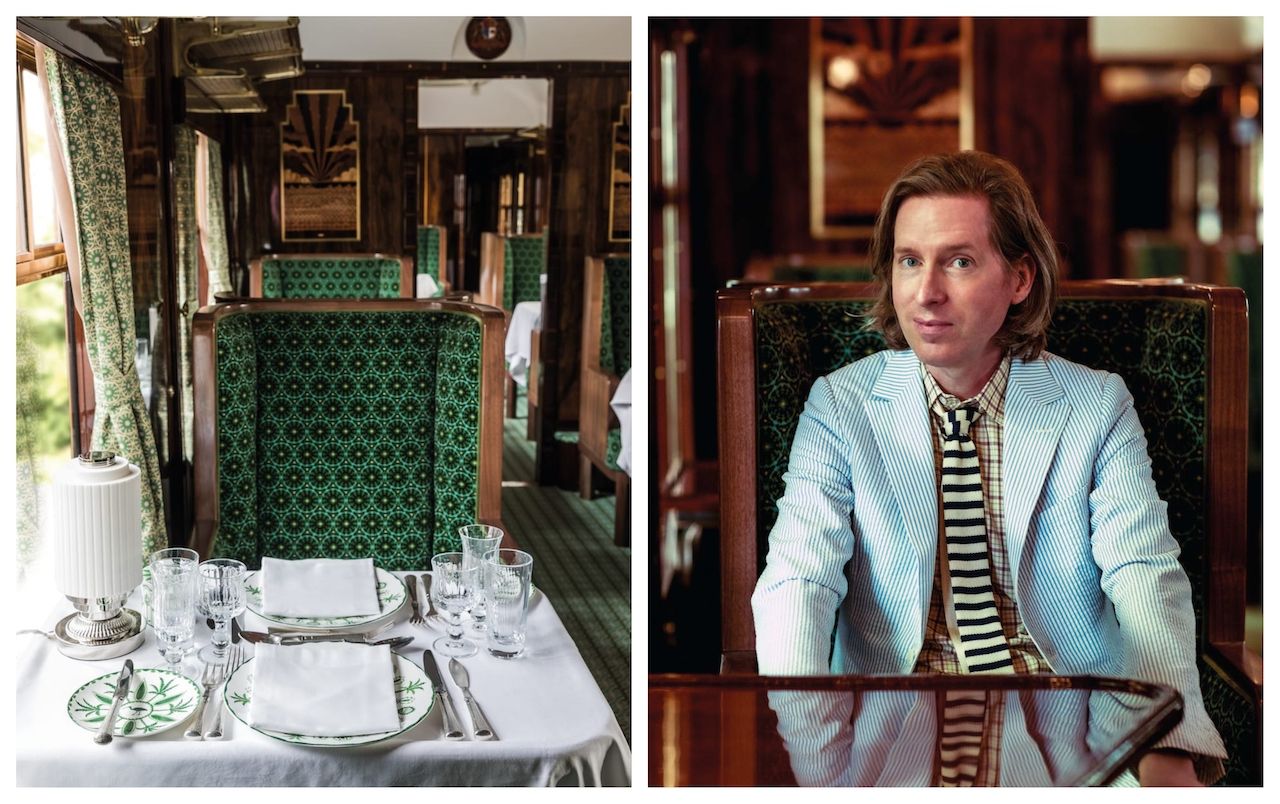 “I have often had the chance to invent train compartments and carriages in my movies,” Anderson told Belmond. “So I was very eager to make something new while also participating in the process of preservation which accompanies all the classic Belmond train projects. They are keeping something special alive. An endangered species of travel which is nevertheless very suited to our time.”

Anderson’s train carriage is filled with green textiles adorned with small motifs for the curtains, carpets, and the seats. The walls and furniture have a heavy Art Deco influence, with geometrical marquetry and shiny wood panels. One touch of eccentricity that Wes Anderson fans will appreciate is the pink ceiling reminiscent of the stunning color of the The Grand Budapest Hotel. 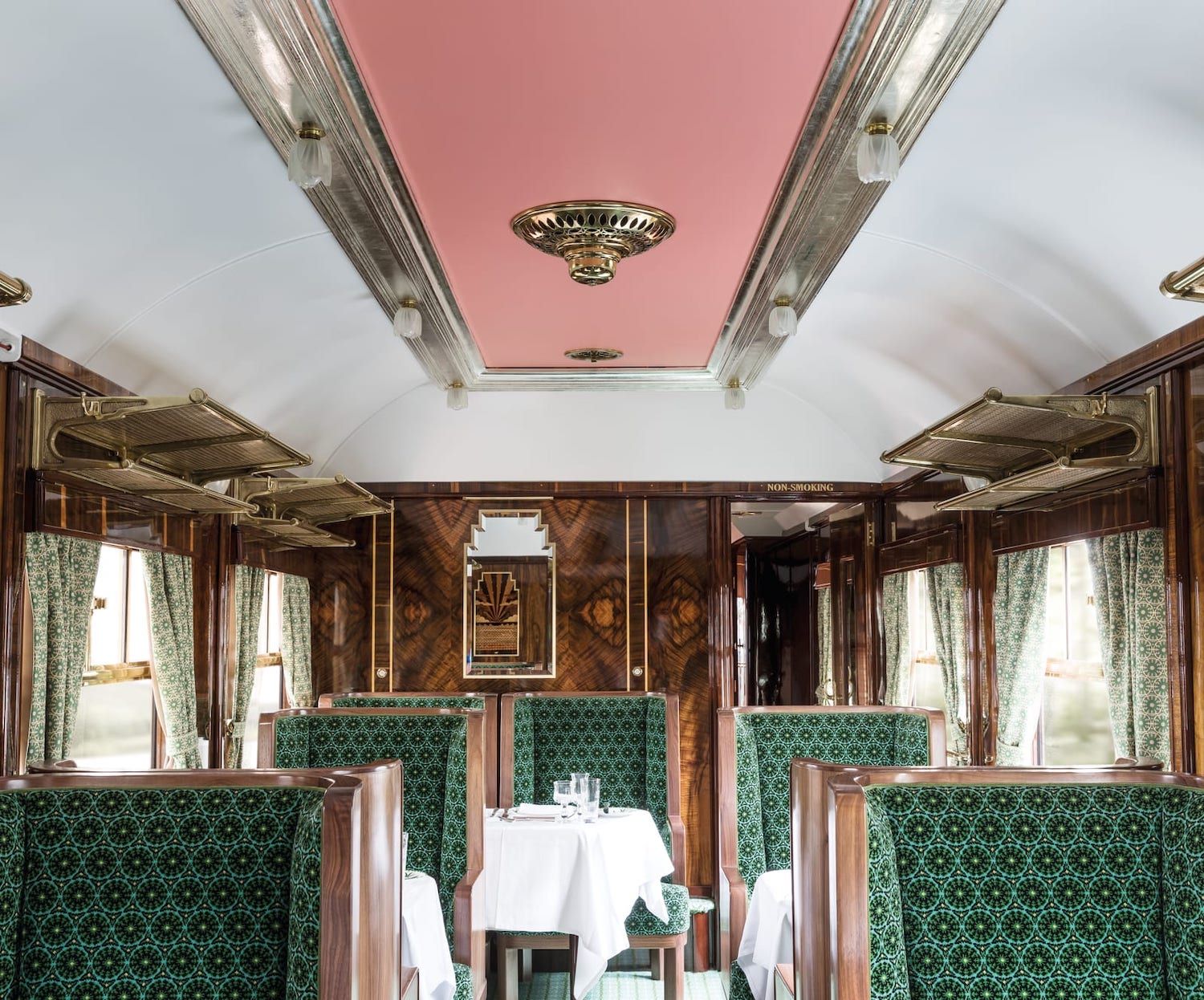 Belmond is a luxury rail company that offers train trips around the world. The British Pullman runs only in Britain and is a great way to enjoy an elegant throwback to the golden age of train travel. This October, you can ride in the train carriage designed by Wes Anderson from London to the historic city of Bath and back to London again, or take a Champagne afternoon tea on board from London through the countryside and back. There are new trips every month, including Christmas-themed train journeys in November and December. Trips start at £400 (around $540).

Art + ArchitectureHelsinki Is Like a Wes Anderson Movie Come To Life
Tagged
News Train Travel London, England
What did you think of this story?
Meh
Good
Awesome