At a whopping 6,152 miles between Moscow and Vladivostok, the Trans-Siberian Railroad is the longest single-journey train ride in the world and is a must for the serious train lover. With connections to China, Mongolia, and Japan, the TSR offers plenty of opportunities for broke college students with overstuffed backpacks to find adventure. While there’s plenty of information available online and in guide books, there’s more to traveling by train than knowing how to buy tickets. Read on for insider tips on what snacks to buy and how to avoid the wrath of Russian grandmothers. 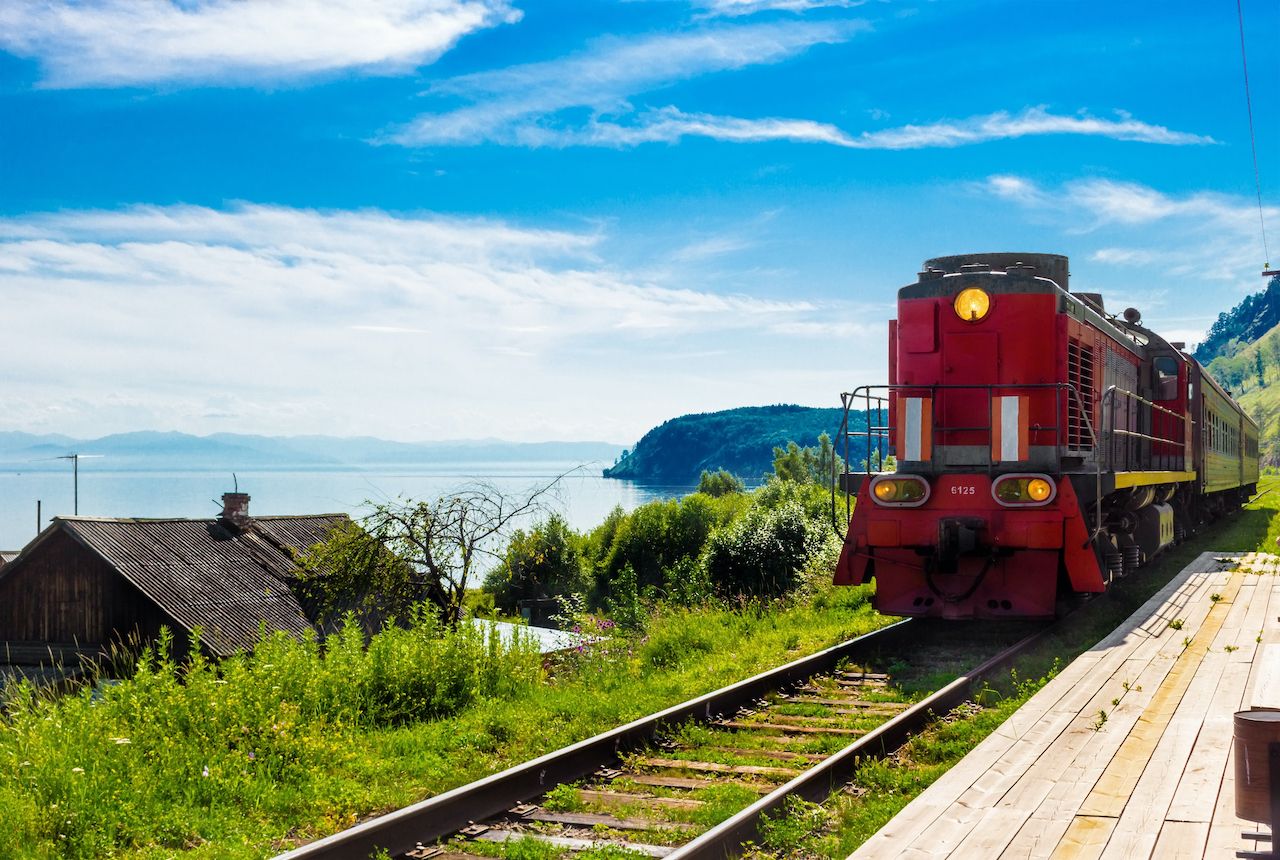 Perhaps the most universally helpful resource for planning your trip is the Trans-Siberian Handbook by Bryn Thomas, which has advice on everything from choosing your route to a template for how to translate ticket requests into simple Russian. It’s now in its 10th edition and is available from most major booksellers and online. Another fantastic guide is the Seat61 blog, which offers a wealth of information on the nitty-gritty of train travel: seat selection, meal options, and photos of various sleeper car options.

For booking tickets, you’ll want to head directly to the Russian Railways website, which offers full site translation in English. Create a profile and login (you’ll need your passport number for this) then browse through train and route options.

An important note: Tickets are marked with train number, compartment number, and seat number, as well as your passport number. Make sure all the numbers line up before boarding the train, as multiple trains can depart at roughly the same time to the same destination. You don’t want to be on the wrong track when you realize your actual train is about to leave from the other side of the station. 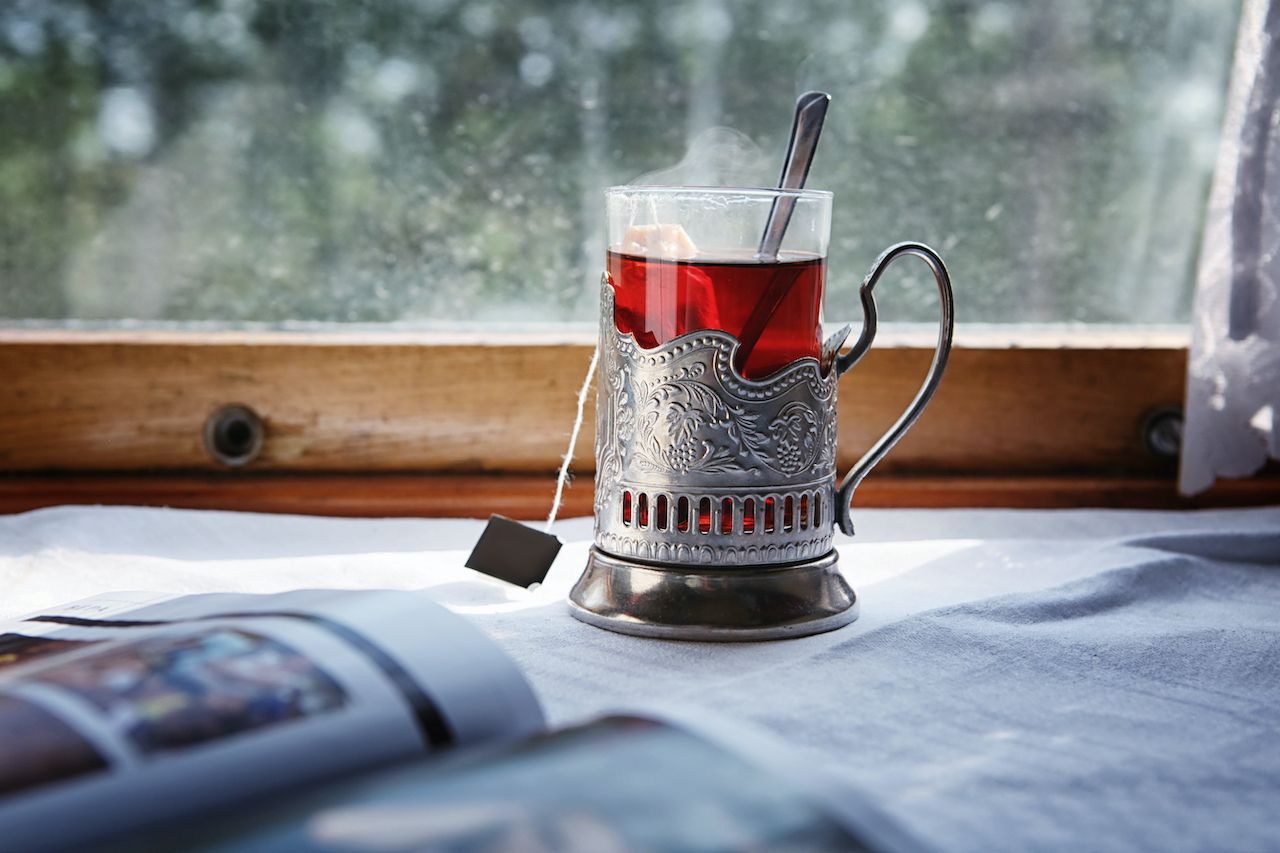 When it comes to food and tea, Russians don’t mess around. It’s common to see whole picnic spreads on long-haul train rides, complete with dried salami, chocolate, and copious amounts of vodka. Depending on the train you take, you may or may not be able to purchase food on board. Generally, shorter trips (one or two nights between towns) do not include food or a restaurant car, so be sure to stock up ahead of time.

It’s best to visit a local grocery store before leaving (there’s usually one near the station). You’ll want some goodies to share — candy, salami, alcohol, bread, pierogi, the ubiquitous cucumber, tomatoes, prepared food from the deli sections, and dried fruits and nuts are all great options. Don’t forget a few bottles of water as there’s nowhere to buy water on board the train.

Keep some cash on you to buy tea and coffee on the train (served in the mornings and throughout the day by the car attendant).

Where to sleep and how to get around 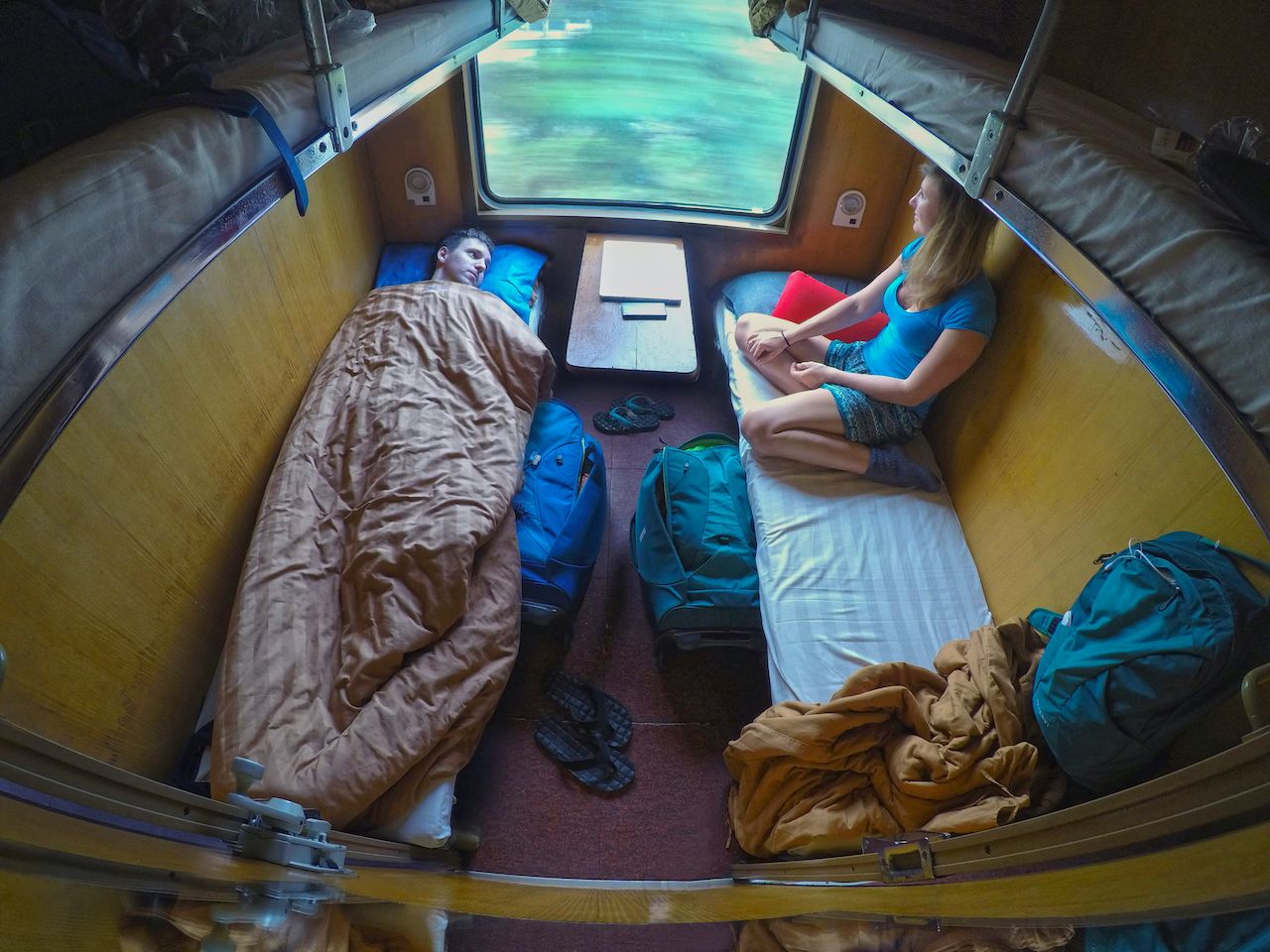 There are several sleeper car options in Russian trains. Spalny cars are comfortable two-person compartments and are preferred by privacy-loving travelers with a bit of extra cash. Kupe cars are four-person compartments with a sliding door for privacy. These are less expensive than spalny compartments and can be a good option if you’re traveling in a group and want to bunk together. The least expensive and most entertaining option is the platzkart car, which resembles the kupe cars in floor plan but lacks doors.

While kupes are often booked by businessmen and wealthy families, platzkart sleeper cars are frequented by labor workers, students, and young people. In general, they’re rowdier, more interesting, and — ironically — safer, as they provide herd immunity.

Train cars are divided into two bunk tiers: lower and upper. During the day, the lower bunks turn into a table and chairs, which are universally used by everyone in your section (even if they slept on the top bunk). If you prefer privacy or afternoon naps, go for the upper bunk. 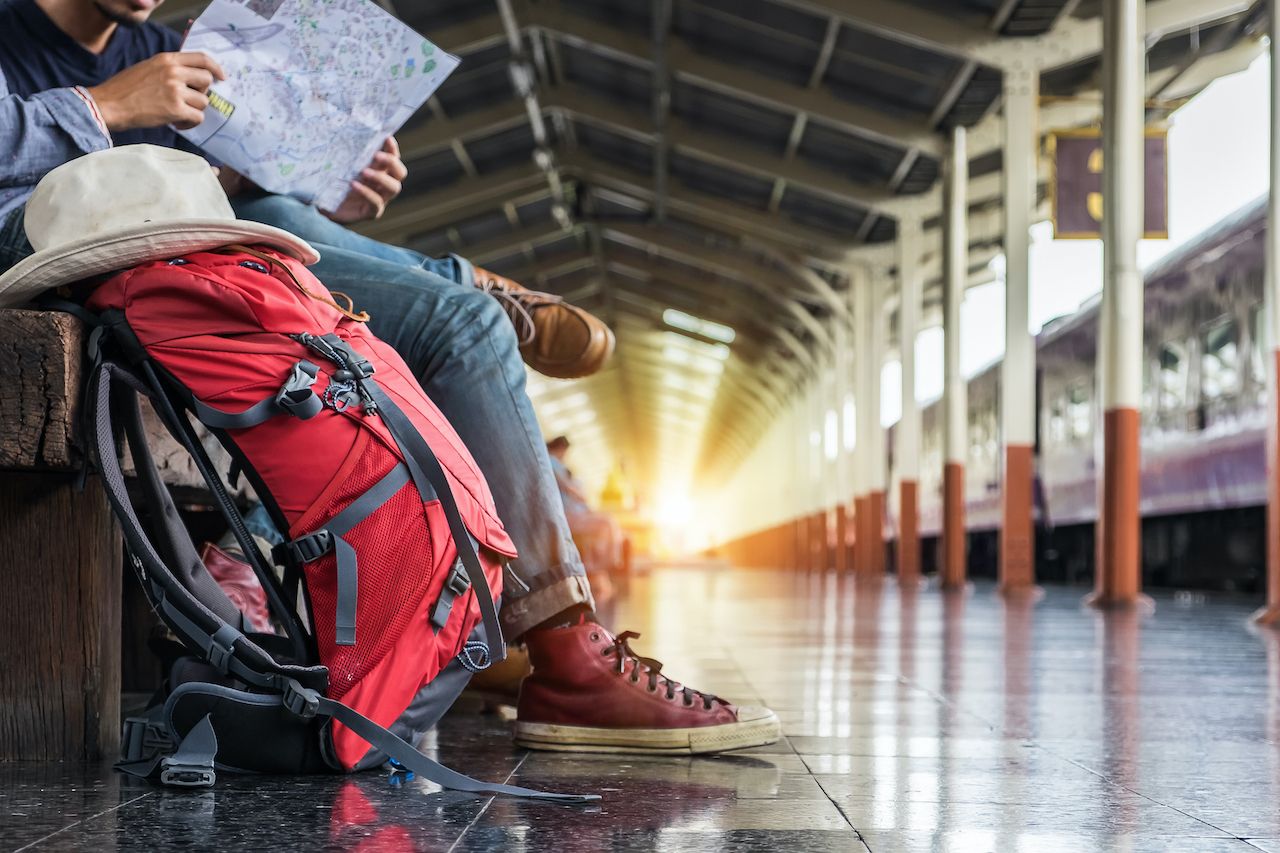 Whether you’re taking the train overnight between cities or committing to the full week-long haul across Siberia, it’s crucial to pack appropriately to avoid boredom, pit stink, and fumbling for your toothbrush before dropping it in the toilet. For entertainment purposes, a deck of cards is both easy to pack and universally entertaining. A small notebook and a pen or pencil are nice for journaling or drawing images when language barriers prove too high to scale. A book or two will help pass the time as you travel Siberia’s vast breadth.

Avoid packing anything too expensive unless you want to keep it on you 24/7. Seasoned travelers keep their passports, cash, and any other documents in a small pouch that’s easy to sleep with and carry with you to the restroom.

For a small cost, you can add bedsheets to your ticket price, which are delivered by the train attendant to your seat. Pack some clothing to sleep in to avoid awkward interactions in the morning. A see-through toiletries bag big enough to hold everything you need will prove immensely helpful when you’re trying to find your face wash without dropping your toothpaste (bonus points if it has something to hang it in the bathroom). You’ll also want to pack train shoes (something easy to slip on and off), as well as a handful of wet wipes and some deodorant.

It’s worth noting that in the older Soviet model trains, the toilet bowl opens directly onto the tracks, so the bathrooms are closed at station stops to avoid travelers doing their business directly onto the rails in front of everyone. 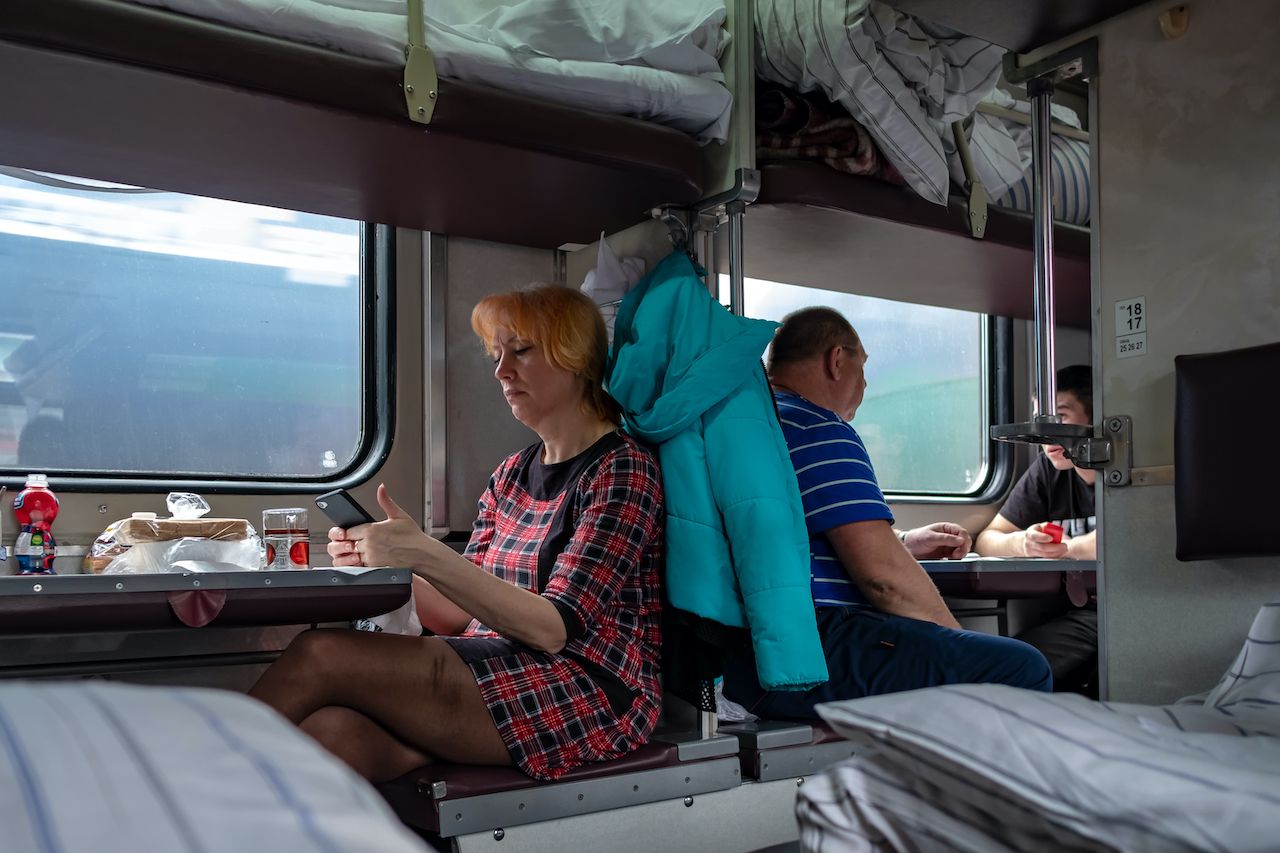 Russian grandmothers are nosy, incredibly generous, and will always tell you what to do. It’s best not to argue. To get your attention, they’ll often call you “young woman” or “young man,” devushka or molodoi chelovek, respectively. When you hear this, it means that you’re either in trouble or that they want to offer you chocolate. It’s up to you to take the gamble.

As far as bathrooms, it’s common sense to not spend too long in them, especially during the morning and evening rush hours.

And do not, under any circumstances, put your shoes on the bed sheets. You will become a social pariah and be firmly scolded by everyone around you.

CultureHow To Spend the Perfect Summer Day in Moscow, Russia
Tagged
Train Travel Insider Guides Russia
What did you think of this story?
Meh
Good
Awesome