One of the tenets of Soviet culture is the ethic of “rise early, work hard,” and although much of Moscow has now embraced Western values, it would behoove you to lean into the “rise early” half of that value equation as Moscow has enough to see for several lifetimes.

Although Russia’s capital is lovely during all of the summer months, June — the peak of White Nights and local graduations — brings out the most celebratory spirits. The city is still fresh without the smog and oppressive heat of late summer, and although the poplar trees favored by the Soviet government are busy producing tons of fluffy pukh (white puffy seeds that resemble cotton), it’s arguably the best month to visit. Whether you’re stopping by for a day on a busy work trip or spending a summer backpacking through Europe, the magic of a perfect summer day in Moscow beckons. Spend it as follows.

Morning: breakfast in the park followed by a Soviet architecture tour 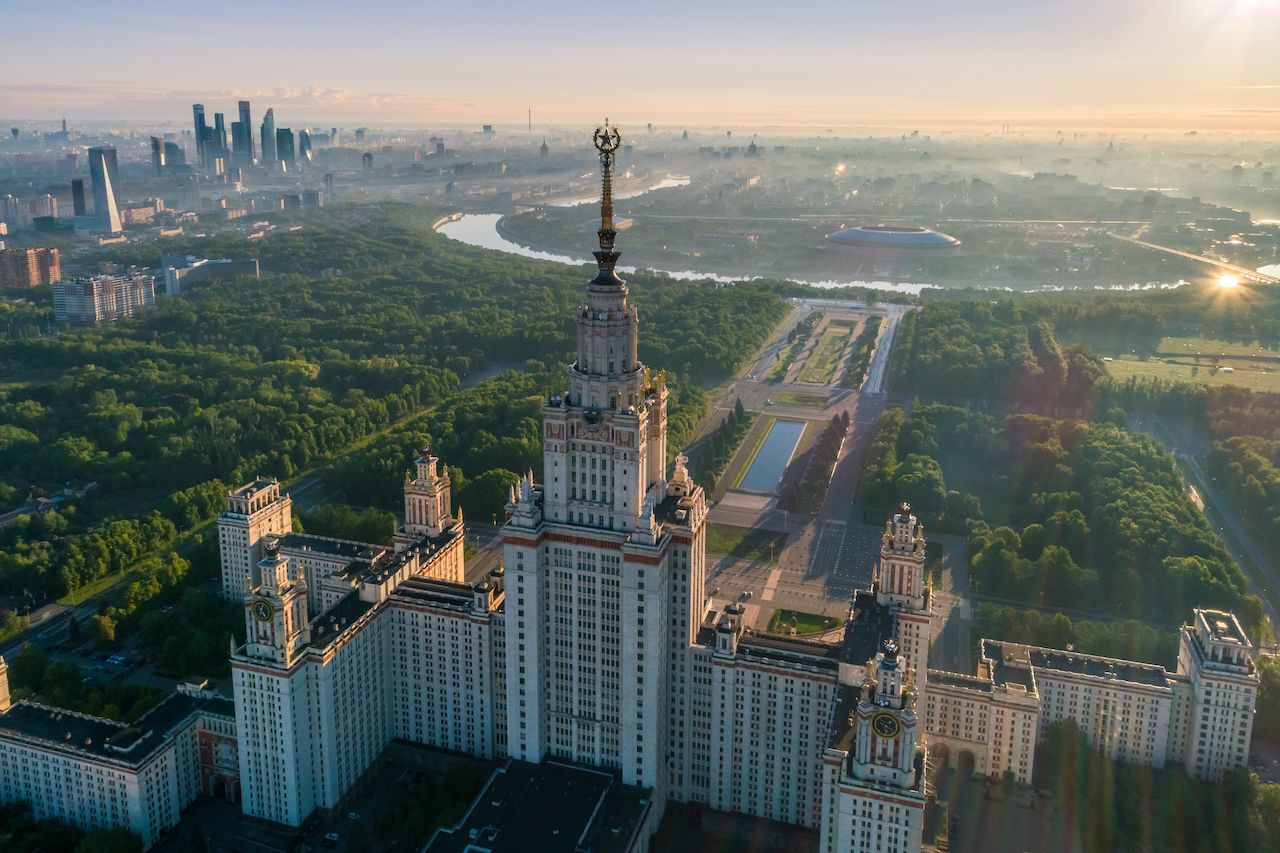 If your budget includes a hotel stay, begin your morning with breakfast at the hotel cafe. Otherwise, if you’re staying at a hostel with friends or arriving in the morning, head to your neighborhood grocery store to fill up. Most grocery stores have a baked goods section where you’ll find pierogies stuffed with jam, cheese, meat, or cabbage, as well as sweet pastries. Grab a beverage and some fresh fruit, then find a sunny park bench to enjoy your food as you watch Muscovites go about their day.

Although cabs and rideshare services are easily available throughout the city, the metro is by far the easiest, fastest, and most pleasant way to get around. It takes you directly to popular sites, and where it doesn’t, buses and marshrutkas (small local vans that follow neighborhood routes) fill in the gaps. The system is relatively easy to figure out and route, despite being extremely comprehensive.

After breakfast, take the metro to Vorobyovy Gory (Sparrow Hills), a scenic overlook adjacent to the high-rise Moscow State University. It’s a popular destination with wedding parties vying for a photograph, so it’s best to arrive early to beat the crowds and get the views of the winding Moscow River to yourself. Once the tour buses start arriving, cross the street behind you to walk around the university grounds and admire the impressive, if austere, Soviet architecture. The university is one of seven similar buildings called the Stalinskie Vysotki (Stalin Skyscrapers) that dot the city. If it’s open, the university botanical garden is particularly lovely in June.

From here, cross the bridge to the Vorobyovy Gory Metro stop (on the red line), then take the train north into the city center, disembarking at the Okhotnyy Ryad stop. It’s located in the heart of the city and opens into a sprawling — and chaotic — underground shopping center. It’s worth a wander through here to hunt down last-minute gifts or souvenirs, before popping up in front of the State Historical Museum that flanks the right side of the entrance to the Red Square.

Afternoon: exploring the Red Square and its surroundings 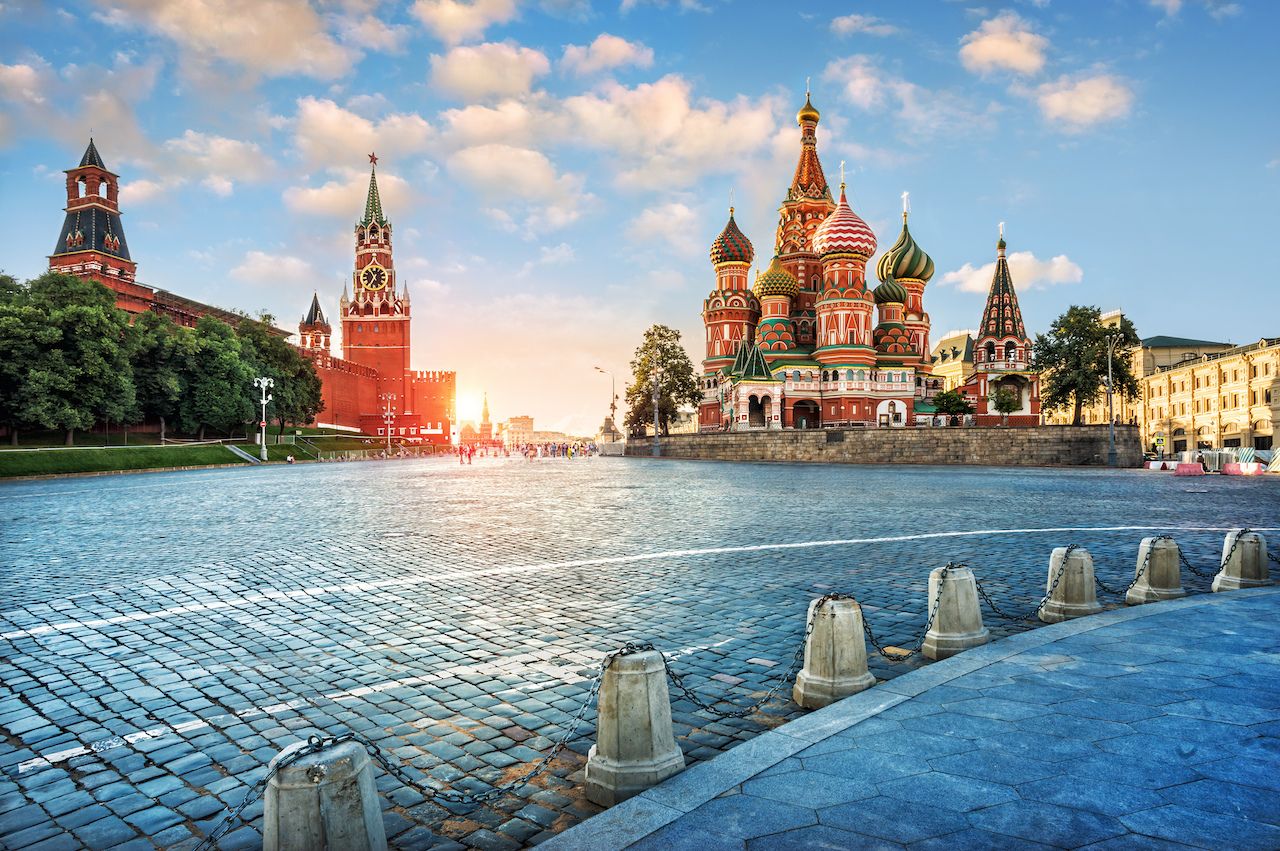 The Red Square, which has been used for everything from political and military demonstrations to massive cultural events, is bordered to the left by the GUM (short for Gosudarstvennyi Universalniy Magazin, the city’s main Soviet shopping center) and to the right by the Lenin Mausoleum, where the Soviet leader’s body has been entombed for nearly a century. At the far end of the square sits St. Basil’s Cathedral whose iconic onion spires are recognizable even from a distance.

Although each of these attractions — the cathedral, the mausoleum, and the Kremlin complex that sprawls out behind it — warrants a visit, you’ll likely only have time for one if you choose to visit today. For a bird’s-eye view of the area, walk along the Kremlin wall that leads away from the Red Square to see the site of the Tomb of the Unknown Soldier and Aleksandrovskiy Sad, which offers views of the Kremlin entrance.

Back at the Red Square, pose for the obligatory photo with St. Basil’s Cathedral, then head to your left into the GUM for an unexpected dining experience. Formerly a central household shopping center during Soviet times, the marbled and glass-ceilinged monolith has been revitalized as a luxury brand hub, with stores like Hermes and Cartier open for business. Take a stroll through the airy balconies of the building before heading to the third floor’s Canteen No 57, a Soviet-era-style cafe with lunch options like borscht, sardine salad, and hearty rye bread. It’s important to note that the GUM has fantastic bathrooms in the basement and on the second floor, although you will have to pay a nominal fee to use them. 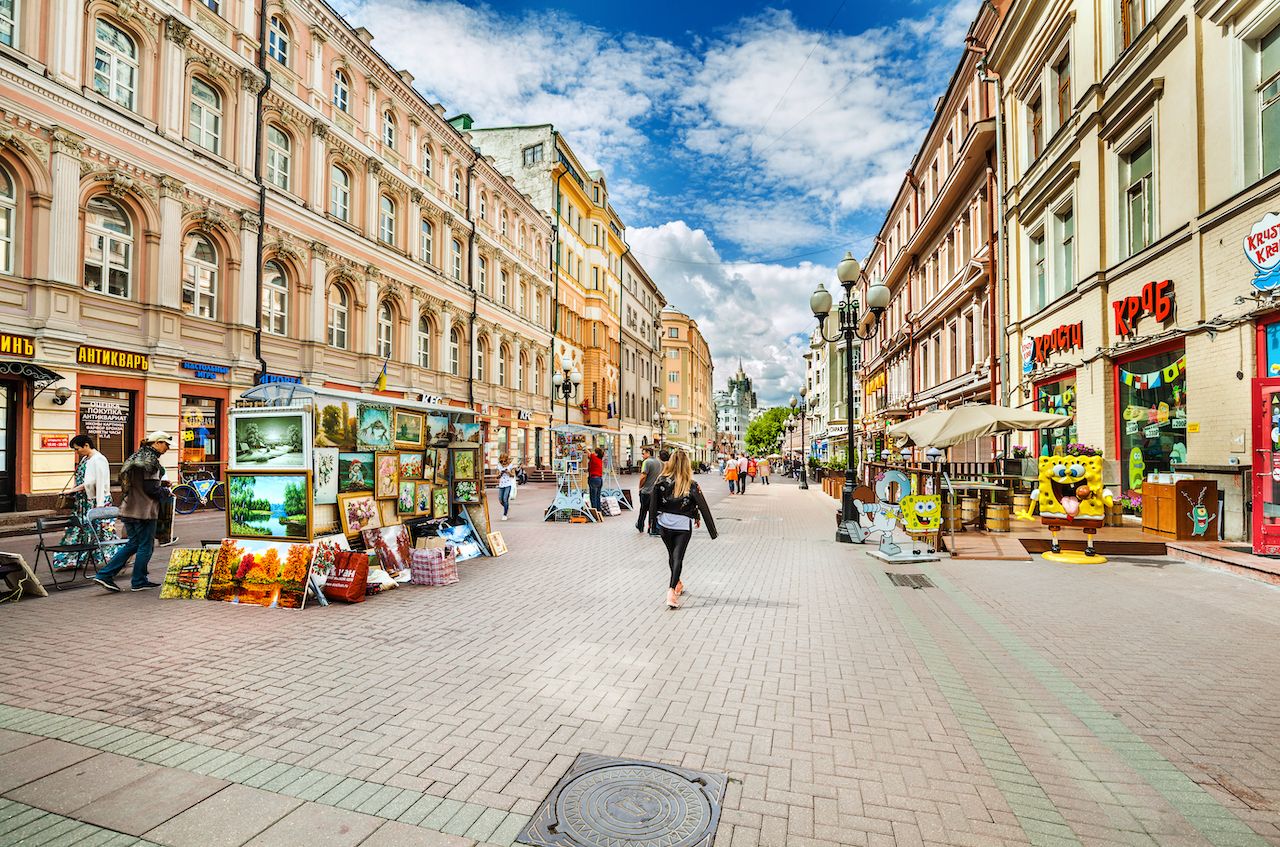 Exit GUM to the north onto Nikolskaya St., then walk to your right to reach Ploschad Revolutsii. If the weather’s lousy, continue walking for a few blocks along Teatralny Proezd to reach Detskiy Mir (the Central Department Store for Children), a massive children’s shopping center with a small museum of Soviet toys on the top floor and an observation deck with views of the downtown. For dinner, catch a metro from Ploschad Revolutsii to Arbat Street, Moscow’s centrally located pedestrian shopping street. Here you’ll find everything from Russian food chains such as Teremok and Kroshka Kartoshka to international cuisine and one-off local favorites.

However, if the weather is clear, as it often is in June, and joyful Muscovites are out in full force, join romantic couples and cheerful families at VDNH, the All-Russian Exhibition Center (formerly All-Union Agricultural Exhibition). From nearby Lubyanka Station, it’s a 45-minute metro ride north to the Vystavochniy Tsentr stop, which opens directly onto the sprawling park’s main gates.

The park’s many buildings, which line the wide tree-lined pedestrian avenues, were built to showcase the many cultures of the Soviet Union and are each more ornate and impressive than the last. Between them, you’ll find various paths that lead to grill cafes serving sizzling shashlik (skewered meat) and cold beer, ice cream stands, and pop-up carnivals and attractions. In short, there are plenty of little eateries to grab food while people-watching and enjoying the warm evening. 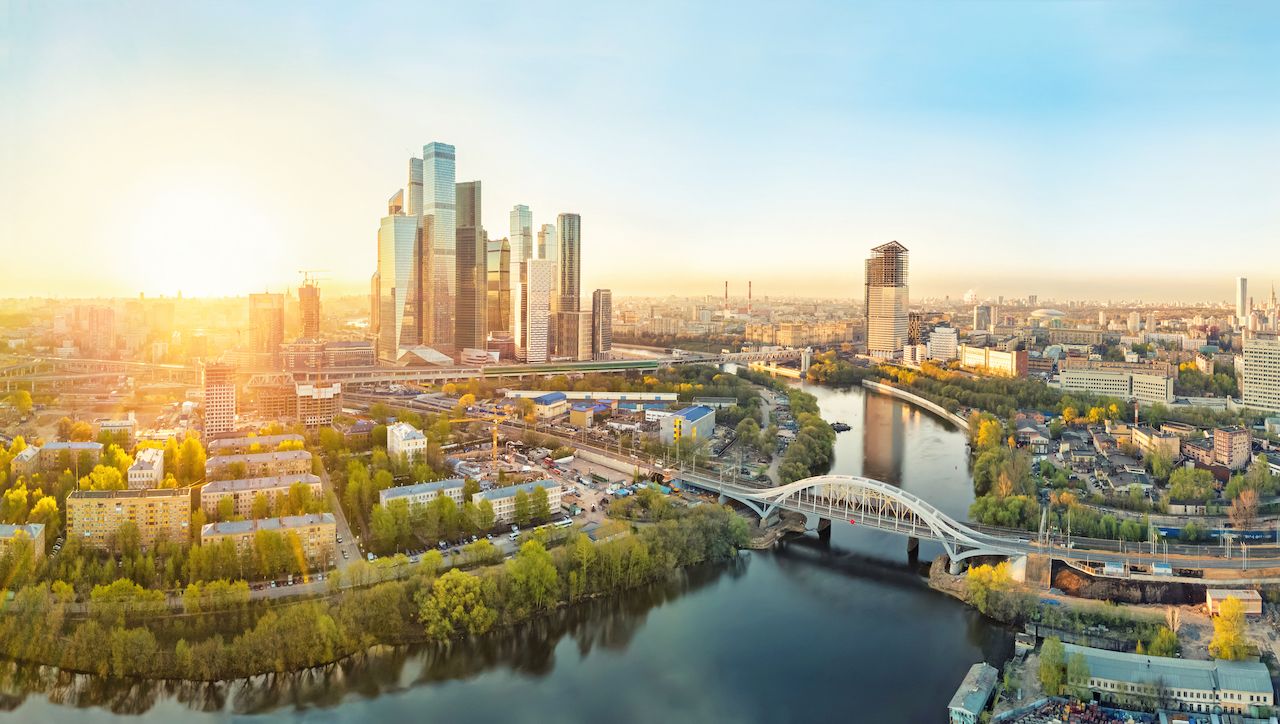 Moscow’s metro system is huge, with a cornucopia of gilded underground stations to explore. It’s also surprisingly easy to navigate, as trains from each stop only head in two directions and always go to the same stops. Most trains and stations in the city center have been updated with English signs, and if you get lost, most young people know at least some English.

As an added perk, the Moscow Metro offers free WiFi for holders of Russian sim cards. If your phone has a removable sim card, it’s convenient and cheap to buy a Russian one for your stay. They’re sold at kiosks near most metro stops and in shopping centers. Simply pop the Russian sim into your phone, and — viola — a constant stream of internet.

Art + ArchitectureThese 7 Palaces in Moscow Are Straight Out of a Fairy Tale
Tagged
Culture Trip Planning
What did you think of this story?
Meh
Good
Awesome

How the Moscow Metro Parallels the Life of a Nation

Update: Which Cities Are Burning Through Your Money Now?

15 Wild Restaurants Around the World

What NOT To Do in Moscow

A Day in the Life of an Expat in Moscow

The 5 Stages of Enduring a Russian Winter