Editor’s Note: At the time of publication, in early March 2020, the 2020 Olympic Games were still going on as scheduled. As of the end of March 2020, the International Olympic Committee has postponed the Games to 2021 due to the coronavirus health crisis. Matador Network does not advise anyone to travel during the coronavirus pandemic, but is continuing to publish this guide with hope that tourism will return to normal levels soon.

Japan is considered to be one of the most technologically advanced nations in the world, and seems to be ahead of the curve of many other nations, including the United States, on a lot of fronts. It also sees massive tourism, with 10 million visitors set to descend upon Tokyo alone during the Olympic and Paralympic Games this summer. Paradoxically, Japan continues to lag far behind other developed nations in the race toward environmental sustainability. So how do environmentally conscious travelers reconcile their trips to the land of the rising greenhouse gases? There are several Japan-specific tactics you can use to offset your carbon footprint, and hopefully, to ensure your conscience rests easy.

But first, let’s take a look at why Japan’s green policies leave so much to be desired. 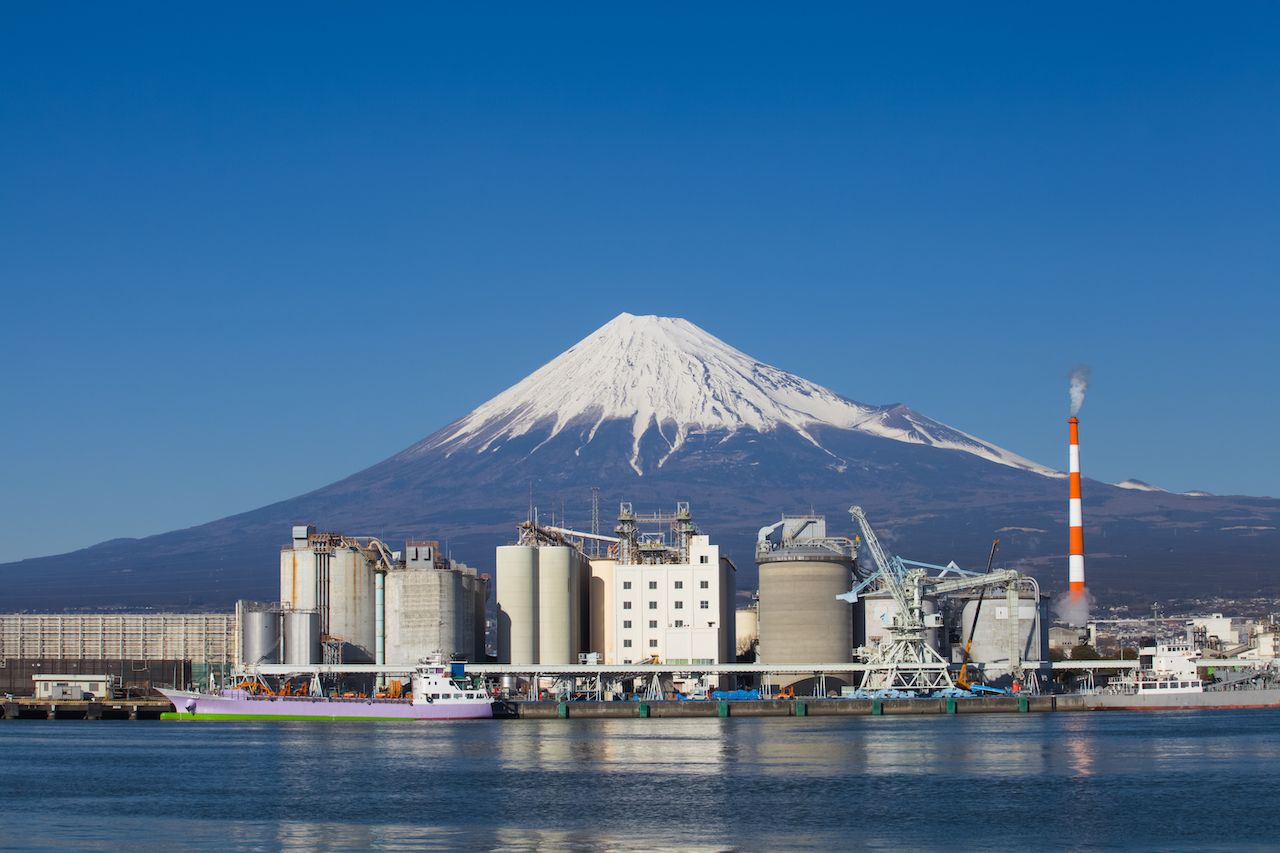 Japan bagged its second satirical “Fossil of the Day” award from an international conservation group, Climate Action Network, in late December, due to its continued reliance on coal. The archipelago is somewhat between a rock and a hard place with comparatively few natural energy resources, yet its insistence on erecting more coal-powered energy plants doesn’t align with global initiatives to drastically reduce carbon emissions by 2030.

Japan also loves plastic. Seven hundred PET bottles are purchased every second within the country. With over five million vending machines scattered along its length and breadth (one for every 23 people in the population), it’s easy to see who the serial offenders are. 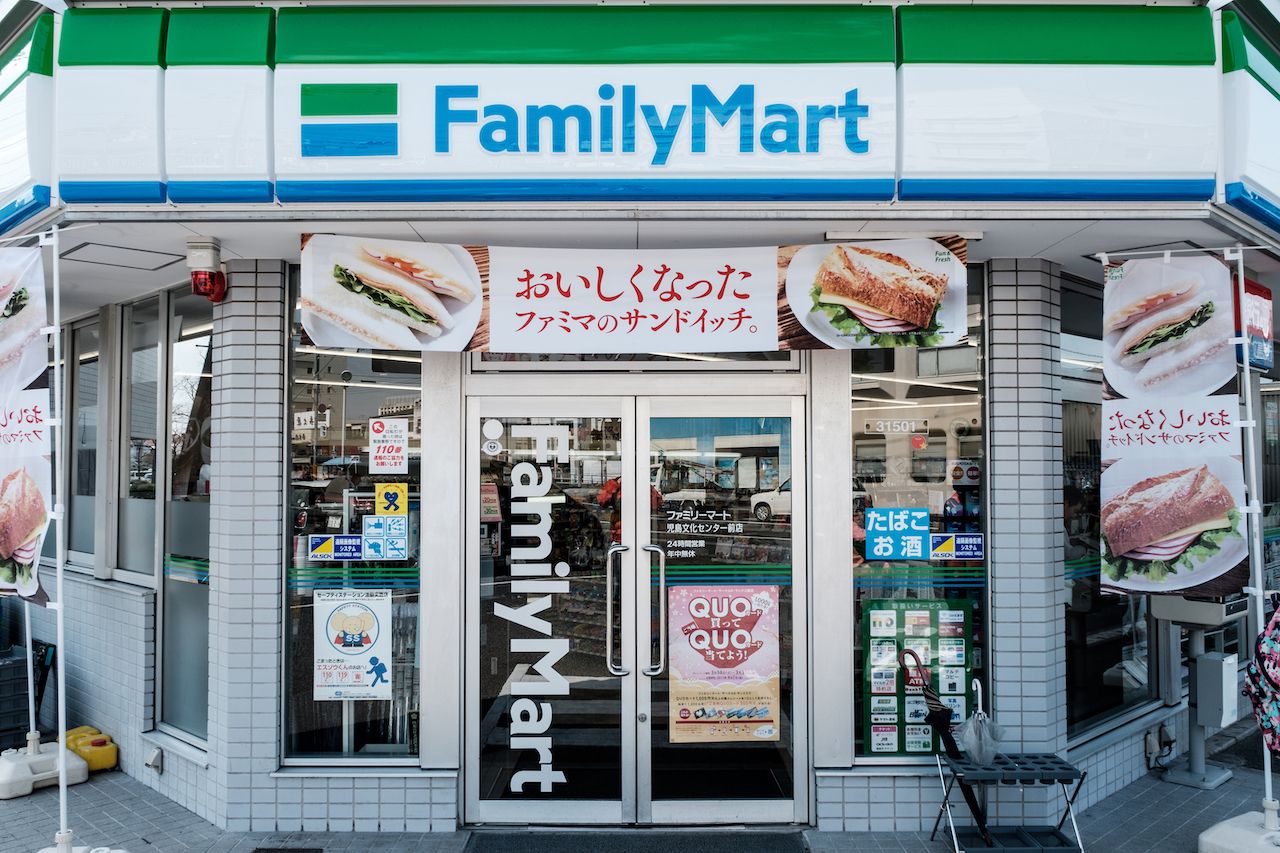 Convenience stores in Japan pride themselves upon their much-lauded levels of omotenashi (hospitality/customer service). A byproduct of such service is that you will receive plastic bags for everything; to the point that store clerks look aghast when you refuse one. A staggering estimate of 30 billion plastic bags are used by Japanese shoppers annually — though mandatory plastic bag charges (with some exceptions) are to be brought in by July 2020. It’s also not uncommon to see individually wrapped items of food in single-use plastic; even foods like bananas and avocados that nature already bestowed with a protective covering. It’s no wonder that Japan creates more plastic waste per capita than any other nation, except, of course, for the US.

To the outsider, this can all seem a little ridiculous. But as the environment continues to dominate global discourse over the coming years, it becomes more serious than that. So what can you do to stay green in Japan? 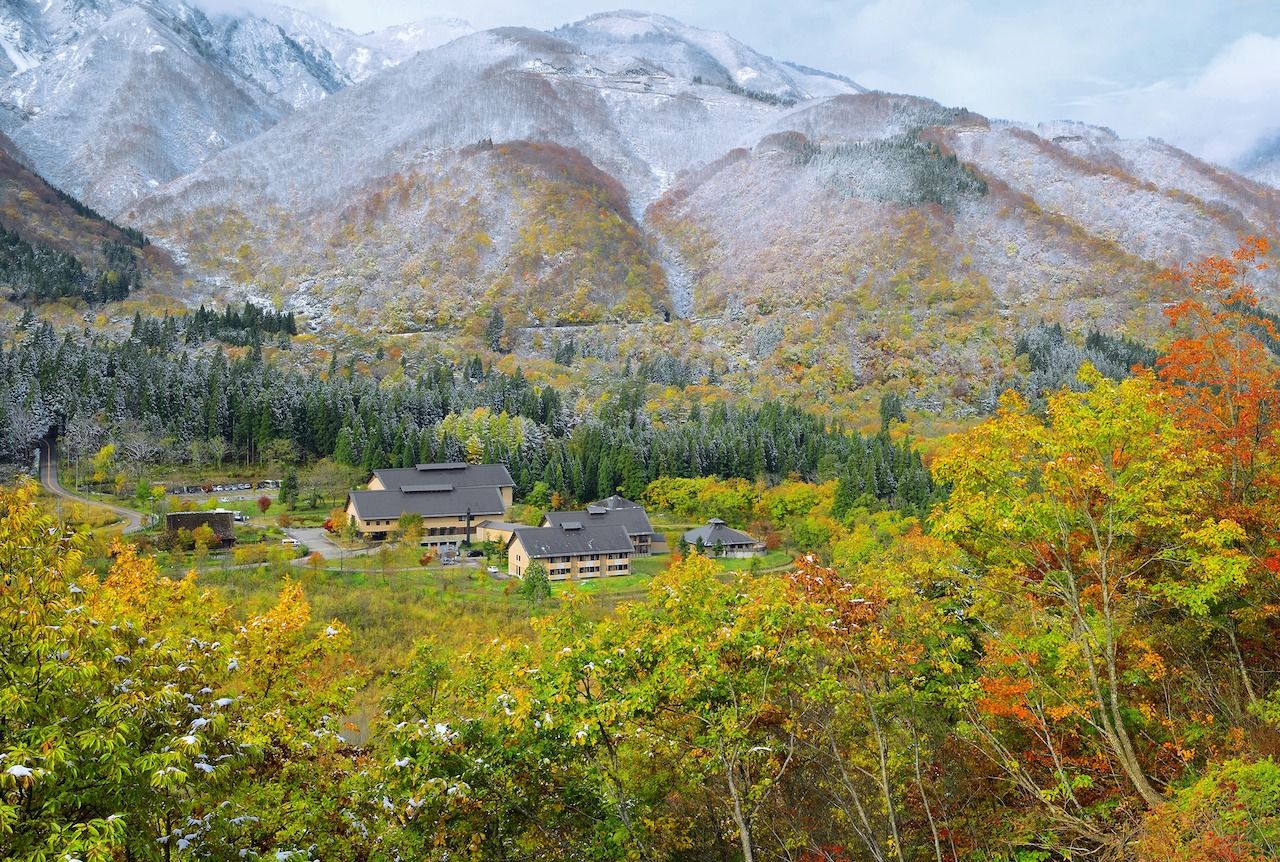 Hotels in Japan, and not just those in the luxury sphere, typically provide guests with disposable toiletries: single-use toothbrushes; miniature shampoo in plastic tubs; disposable razors, combs, and earbuds wrapped in non-resealable plastic. A quick fix is to bring your own grooming equipment. Bamboo toothbrushes with animal-hair bristles have become popular due to their longer shelf-lives. Bars of soap wrapped in paper, metal razors, and homemade shampoos are all also sustainable alternatives.

If you want to go the extra mile, consider staying in more environmentally friendly accommodation, including hostels with shared facilities, lodgings where washing your sheets every day is optional, hotels that don’t feature breakfast buffets (which are responsible for tons of food wastage daily), or looking for those with green hotel certifications. 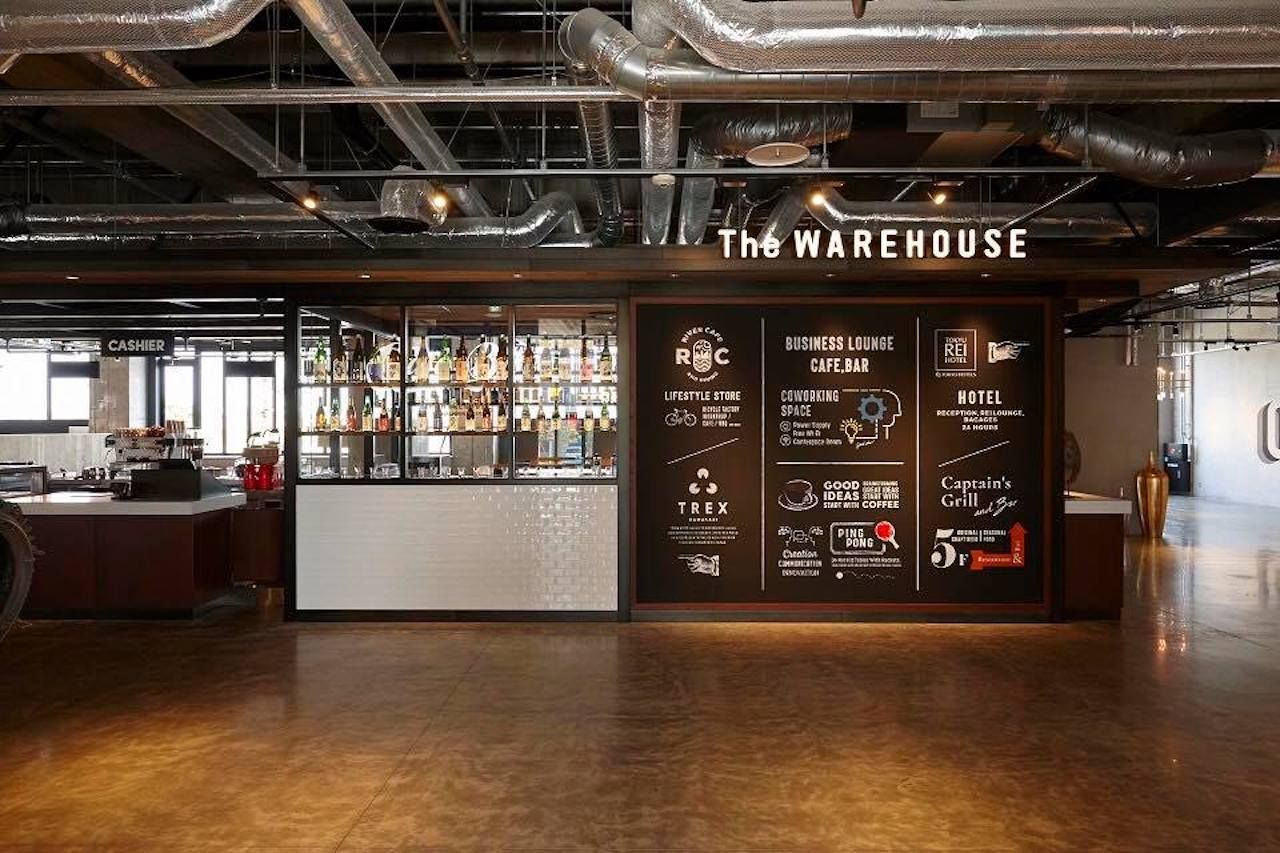 Some hotels stand out from the rest due to their creatively green engineering policies. The Shirakawa-Go Eco-Institute, sitting in a lofty valley just by the UNESCO World Heritage village of the same name, captures cool air in a large ventilation chamber in winter to use as natural air-conditioning throughout summer. In Kawasaki, an up-and-coming city just to the south of Tokyo, the King Skyfront Tokyu Rei Hotel opened in 2018 as the first hotel in the world to use hydrogen energy generated from plastic waste. Tobira Onsen Myojinkan, located in the middle of Nagano Prefecture’s snowy western alps, is famed for its home-grown macrobiotic cuisine and was one of the first hotels in Japan to be awarded the Green Key eco-label. And if you don’t mind casting material luxuries aside, capsule hotels are one of the greenest accommodation options and are so very Japanese. 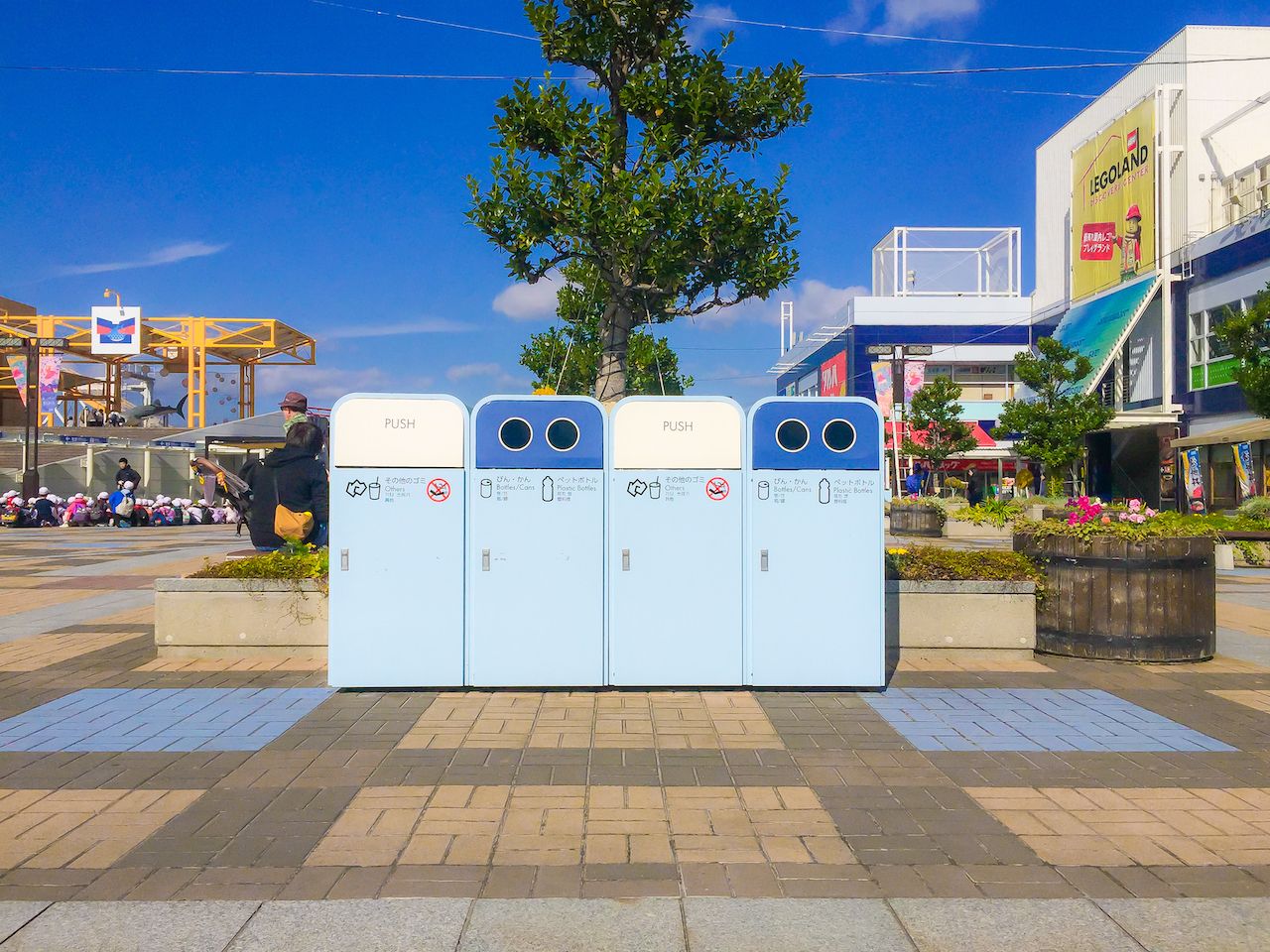 Learning how to say “I don’t need a bag” in Japanese is a vital weapon in your green arsenal. Saying “no bag” and flailing your arms in a frenzy also works (on occasion), but a few handy phrases will help shore up any ambiguity.

The mai prefix is in vogue these days, especially with Japan’s youth, and is often used instead of the traditional modes for expressing possession. In convenience stores, you’ll often receive chopsticks in disposable plastic wrappers, so consider bringing your own around with you

Lastly, a note on what those arcane signs on garbage facilities mean: カン (cans/tins); ペットボトル (PET bottles); 燃もやすごみ (burnable waste, often accompanied by a little fire graphic). These are the three most common bins you’re likely to encounter. If you can’t find a bin: 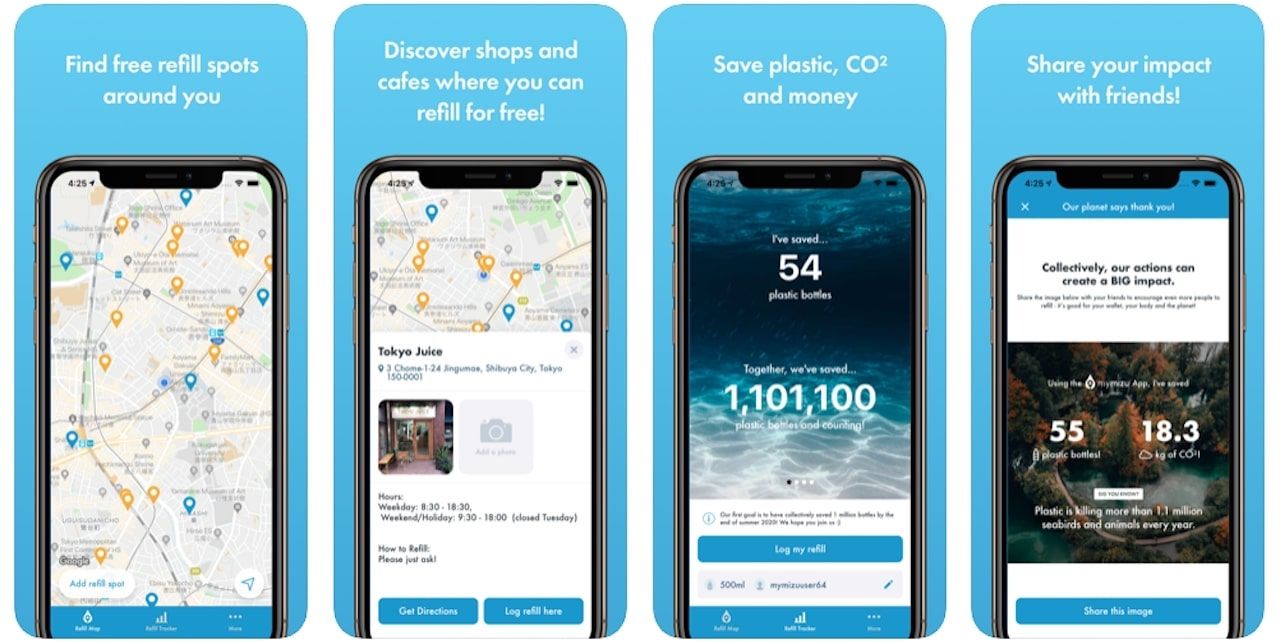 MyMizu, meaning “my water,” is a Japanese app developed to cut down on the PET bottle fiasco that’s plaguing the country. The software uses mapping technology to indicate public water fountains and businesses where you can load up on H20 while keeping your planet-saving conscience clean. All you need is an internet connection and a reusable water bottle. Currently, over 8,000 refill spots are on display (largely, but not exclusively, in Tokyo).

Social media can also be a good research tool if you want to educate yourself on how to be green in Japan. Zenbird, a small publication with a wealth of sustainable knowledge, frequently shares insights about new green initiatives and Japan-specific sustainability news across all of its social media channels. The Sustainable Brands Japan group put some great stuff up on Twitter, though you may need to run it through a translator. And for anyone who plans on moving to Japan, the Sustainable Living Tokyo Community Facebook group is a great way to connect with like-minded expats and residents.

Though they were slow to get off the mark, there is a range of brands and establishments, from independent store owners to high-profile outlets, who have shifted along the color spectrum to build green concepts into their mission statements. So why not utilize these companies, in lieu of their environmentally unfriendly counterparts? 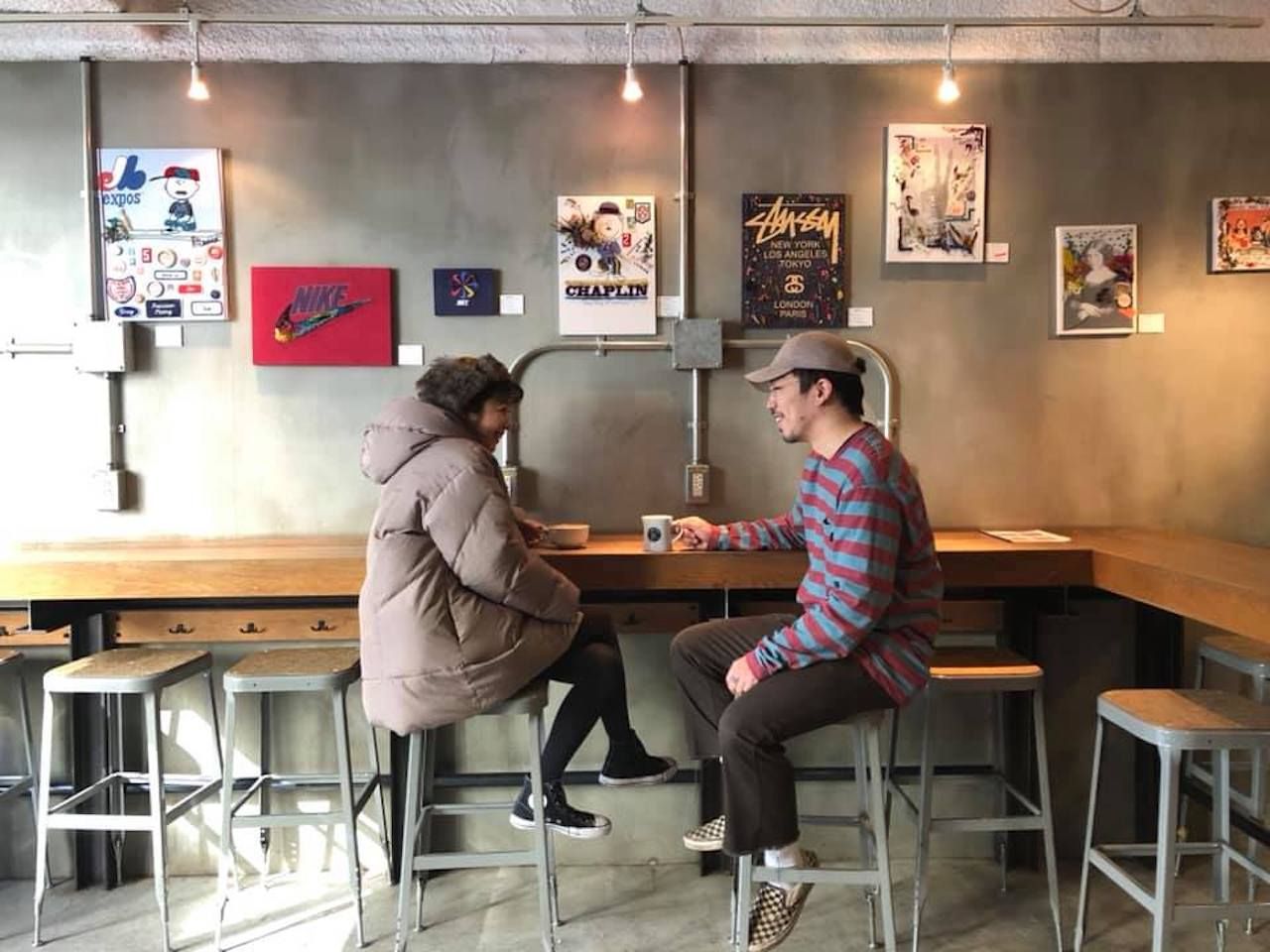 Streamer Coffee, an artisanal coffee house with several stores in Tokyo and beyond, is one of the pioneers of sustainability in Japan’s hospitality sphere. It has maintained a strict no-lid/no-straw policy since its founding in 2010, with an overall aim of reducing all plastic use to zero. BioCafe in Shibuya, using exclusively pesticide- and fertilizer-free ingredients, and Hiro Coffee in Osaka, describing itself as a “seed to cup” cafe, are of a similar eco-friendly ilk.

Starbucks has also started to accelerate the development of new stores built from reusable materials in Japan, resulting in some marvelously creative interior designs. Though plastic lids and takeaway cups still reign supreme in most stores, it has moved toward recyclable materials such as paper straws. 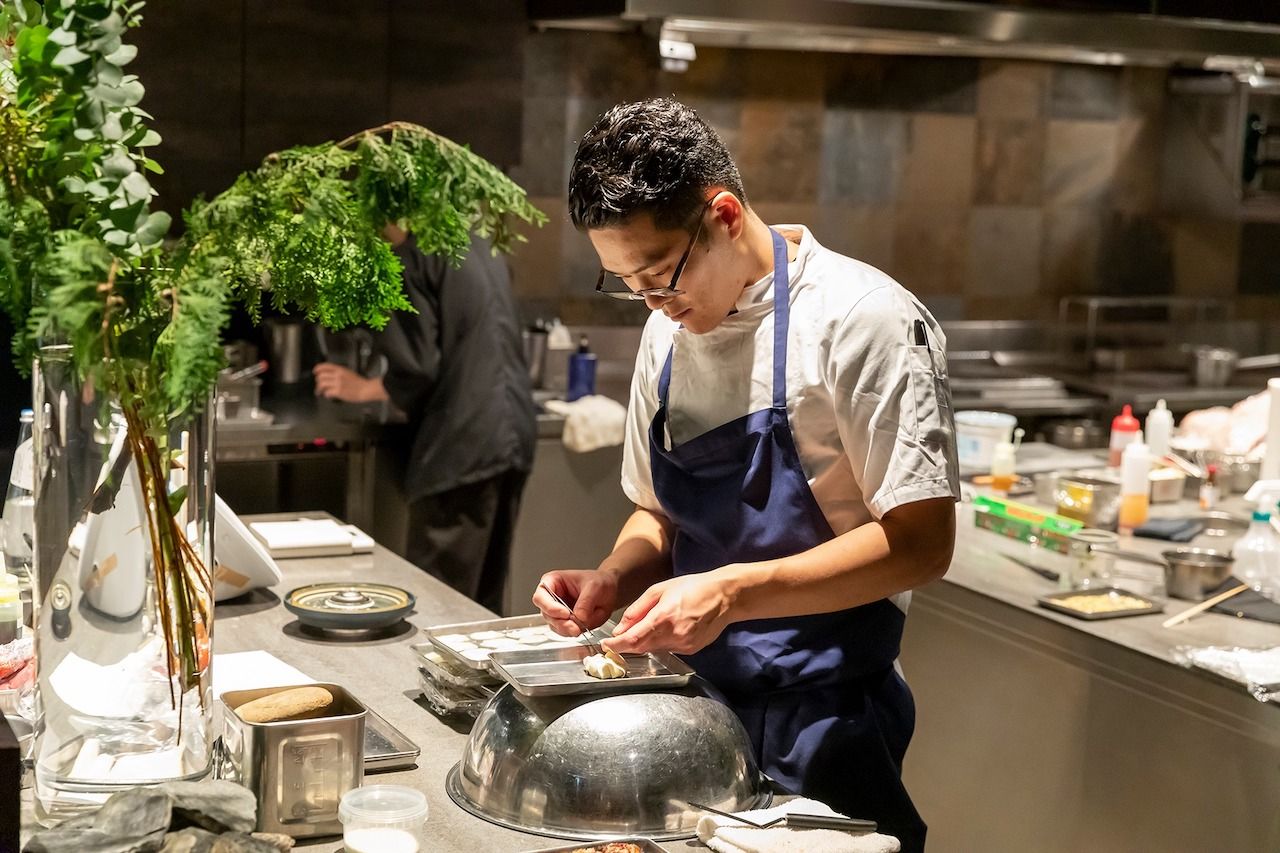 In an era where the phrase “farm-to-table” has become a pseudonym for “sustainable high-quality,” it’s no surprise that a new wave of Tokyo’s haute cuisine restaurants is championing the same mantra. L’Effervescence, Florilege, and Maruta are three critically acclaimed examples of Tokyo’s high-end culinary sustainability efforts.

Since 2010 L’Effervescence has maintained a policy of supporting only local farmers, ensuring its products are not chemically treated. Everything from the architects who conceptualized the building to the clothing designer for the staff’s attire are sourced from small, Tokyo-based companies.

At Florilege, its sustainable culinary opus is a buttery beef carpaccio attained from breeding cows whose reproductive years are behind them. It’s a uniquely ethical and environmentally progressive approach toward cattle beef rearing.

Maruta, in the westerly Chofu district, is classic farm-to-table, with a focus on local seasonal produce including shipments of fresh fish arriving from Izu Nanami Island every day. The limited number of covers per night also helps the restaurant to reduce the amount of daily waste. 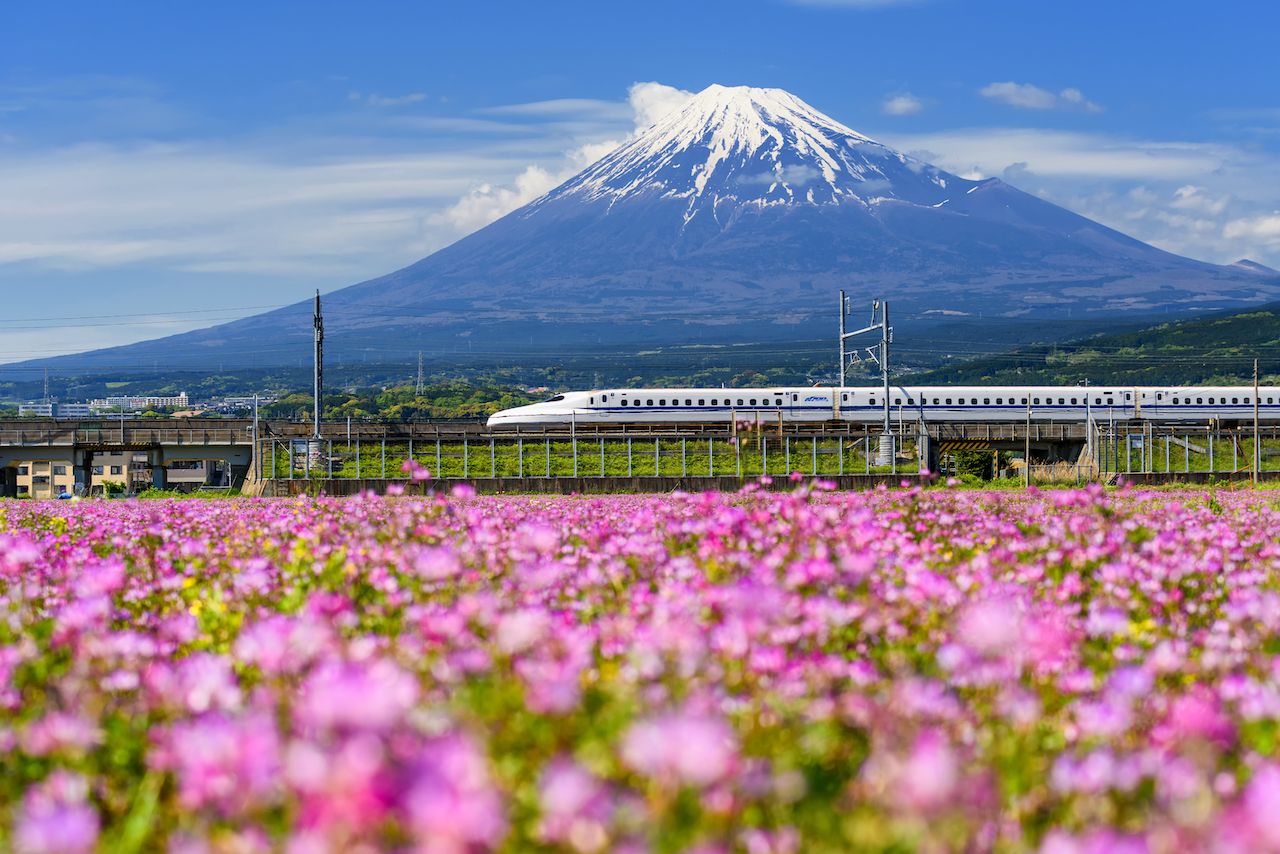 ANA and JAL (Japan’s two major international airlines) released respective statements, hailing the steps they’d taken toward replacing traditional jet fuel with sustainable aviation biofuel. Environmentalists, on the other hand, accused the aviation industry (one of the biggest offenders in the world of eco-destruction) of “greenwashing” — using PR stunts to divert attention from the atmospheric impact of burning jet fuel.

Getting to Japan via any means other than flying is simply not feasible for most people. However, within Japan, traveling via the Shinkansen (bullet train) is a much greener option. According to recent data, a trip from Tokyo to Osaka via Shinkansen emits 1/12th the amount of CO2 of an average flight between the same destinations. The Shinkansen network has also grown to connect most reaches of the country to Tokyo. 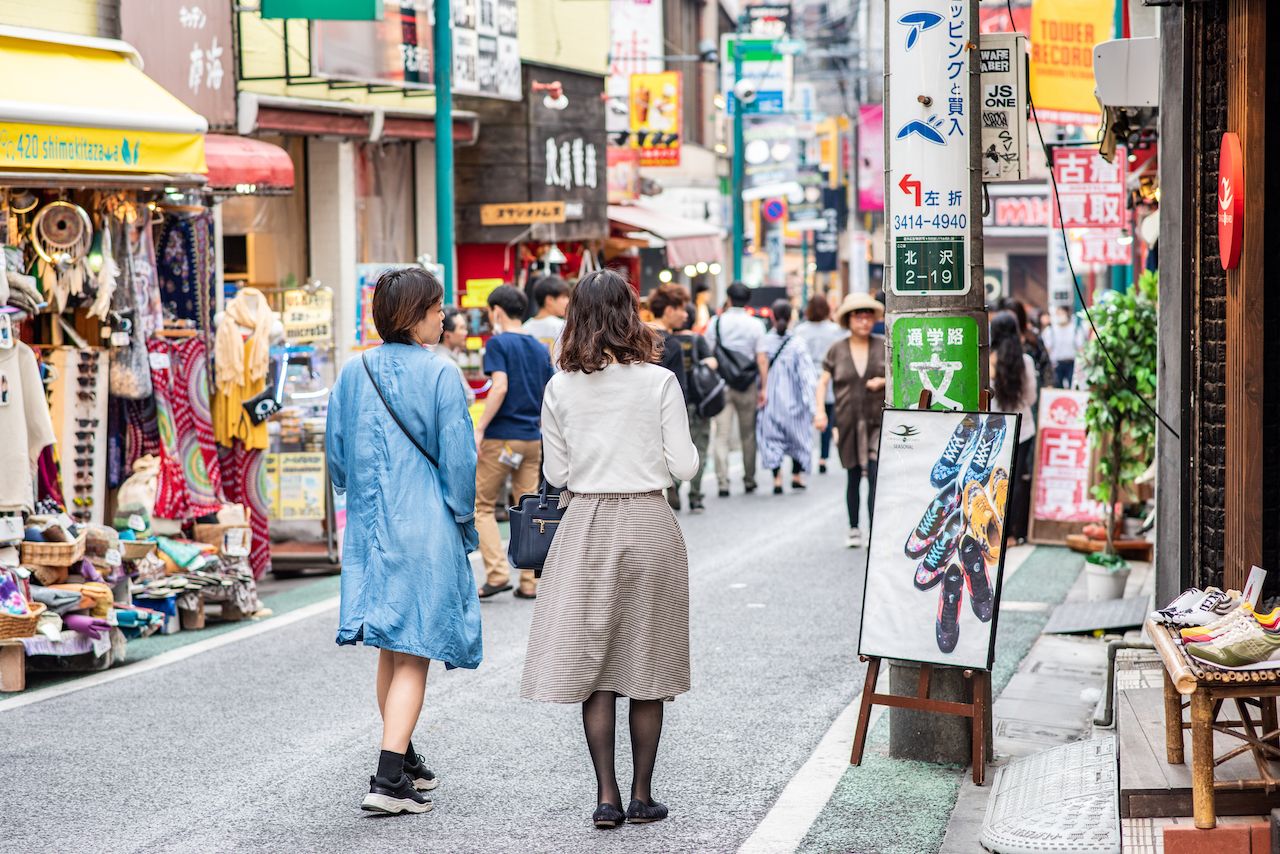 LanguagesHow To Survive Japan Without Speaking Japanese
Tagged
Sustainability Trip Planning
What did you think of this story?
Meh
Good
Awesome