You might think that grocery stores are the one venue in Las Vegas safe from illicit substances, but at first glance, this new grocery store would prove you wrong. Omega Mart is an immersive art experience that turns a typical supermarket into a scene from someone’s psychedelic trip. Created by Santa Fe-based arts and entertainment company Meow Wolf, the supermarket is now open at the AREA 15 arts complex in Las Vegas, and you could easily be fooled into thinking you’re tripping on mushrooms when you step through the doors. 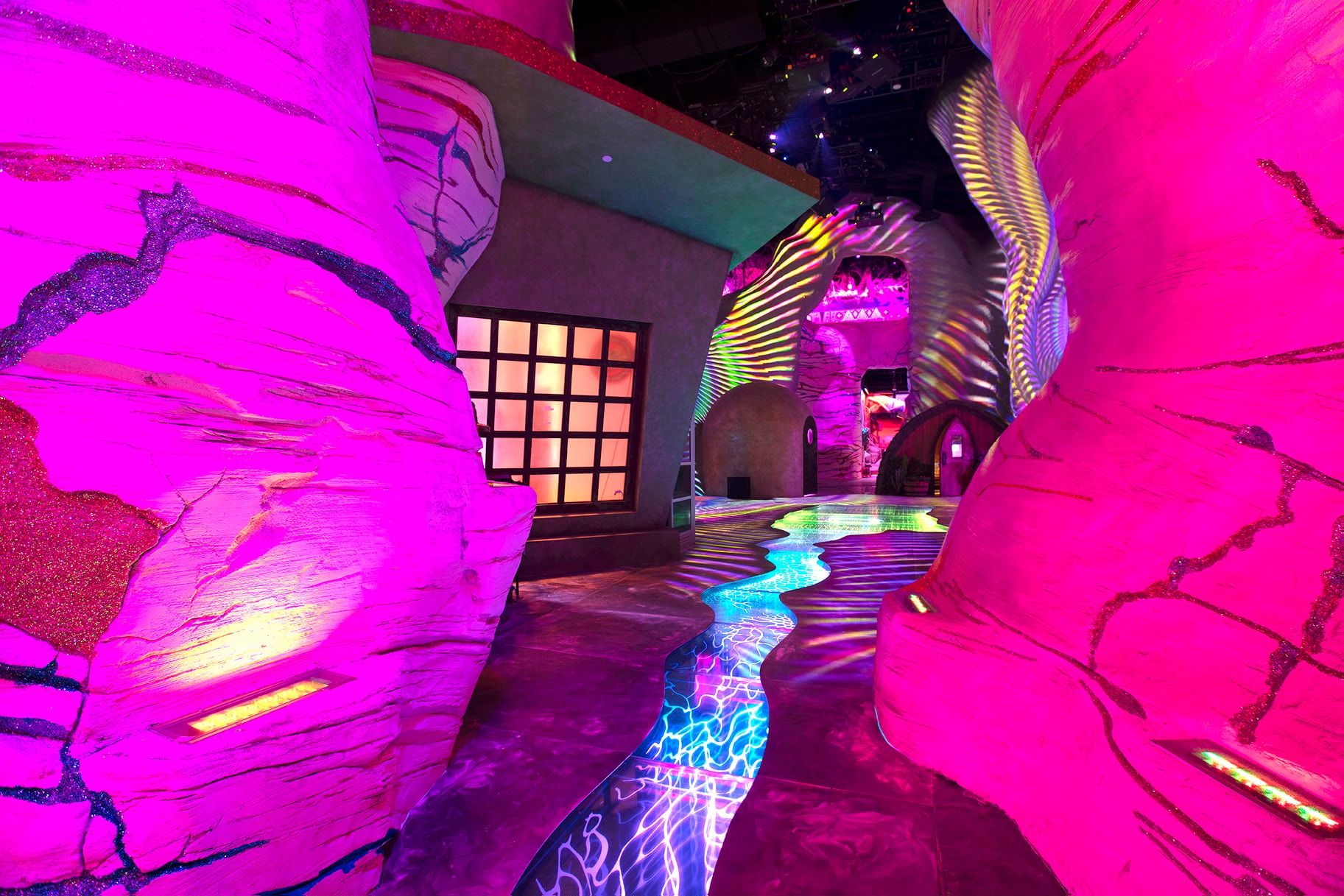 Meow Wolf collaborated with over 50 musicians, artists, and creatives to build this immersive supermarket, which is separated into four themed areas and over 60 unique environments.

The first area is Omega Mart, designed like a big box grocery store, but with unique products like “Tattoo Chicken,” and “Whale Song Antiperspirants/Antidepressant.” The second area, called Dramcorp, is inspired by the 1982 Tron film, where visitors are given a sneak peek behind the market aisle into a maze representing the “corporate entity.” The third area is the Factory, a multi-level playground where the products sold at Omega Mart are created, and the fourth is the Projected Desert, where guests step into video projected artwork that immerses them in a colorful, psychedelic scene. 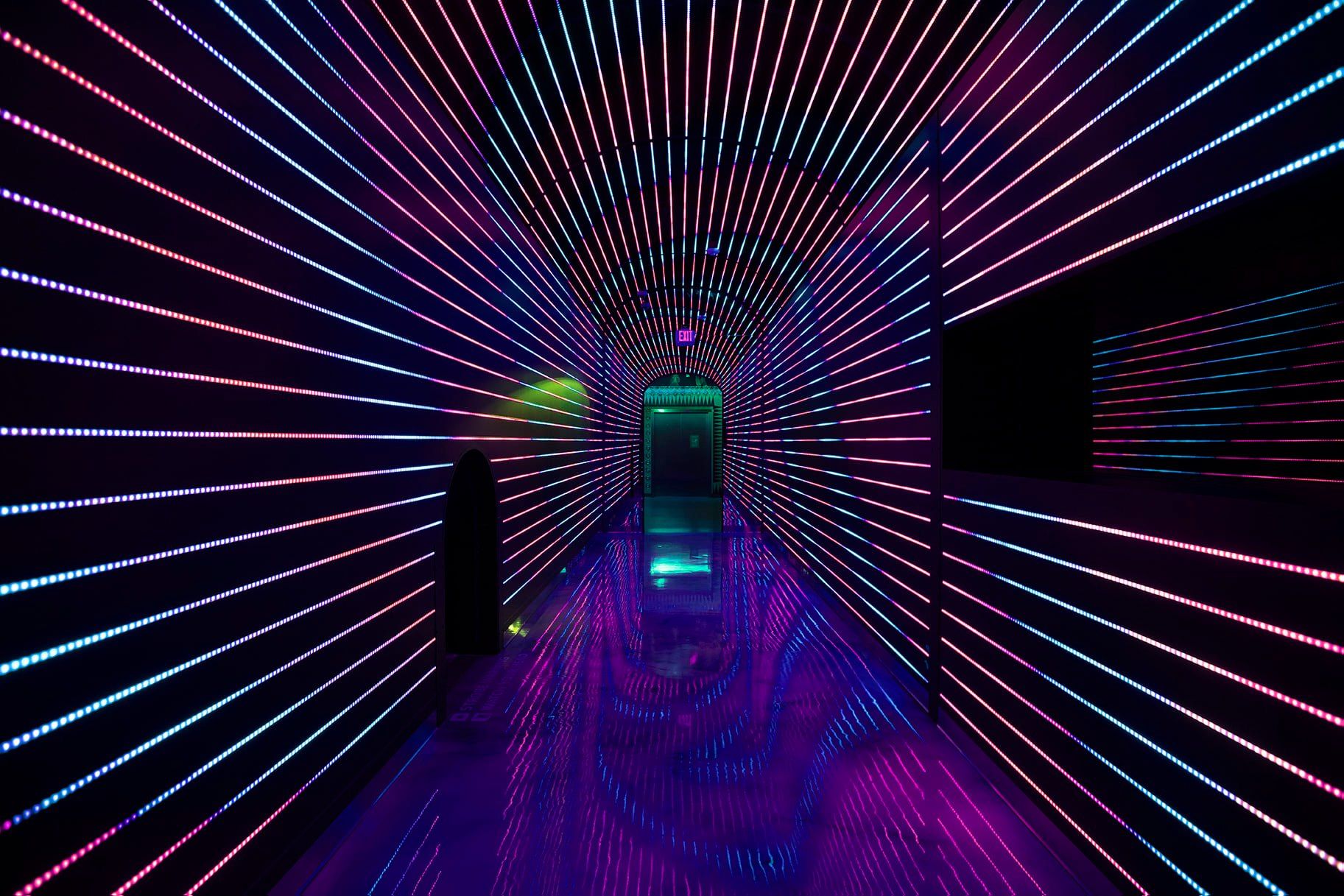 Emily Montoya, Meow Wolf co-founder, brand SVP, and creative director of Omega Mart, said in a press release, “The concept for Omega Mart has been a part of Meow Wolf since the very beginning, and we can’t wait to bring this expansive experience to Las Vegas. Whether guests are operating machines in the Factory or transported to the Projected Desert via a trippy portal, Omega Mart is a truly interactive narrative experience.” 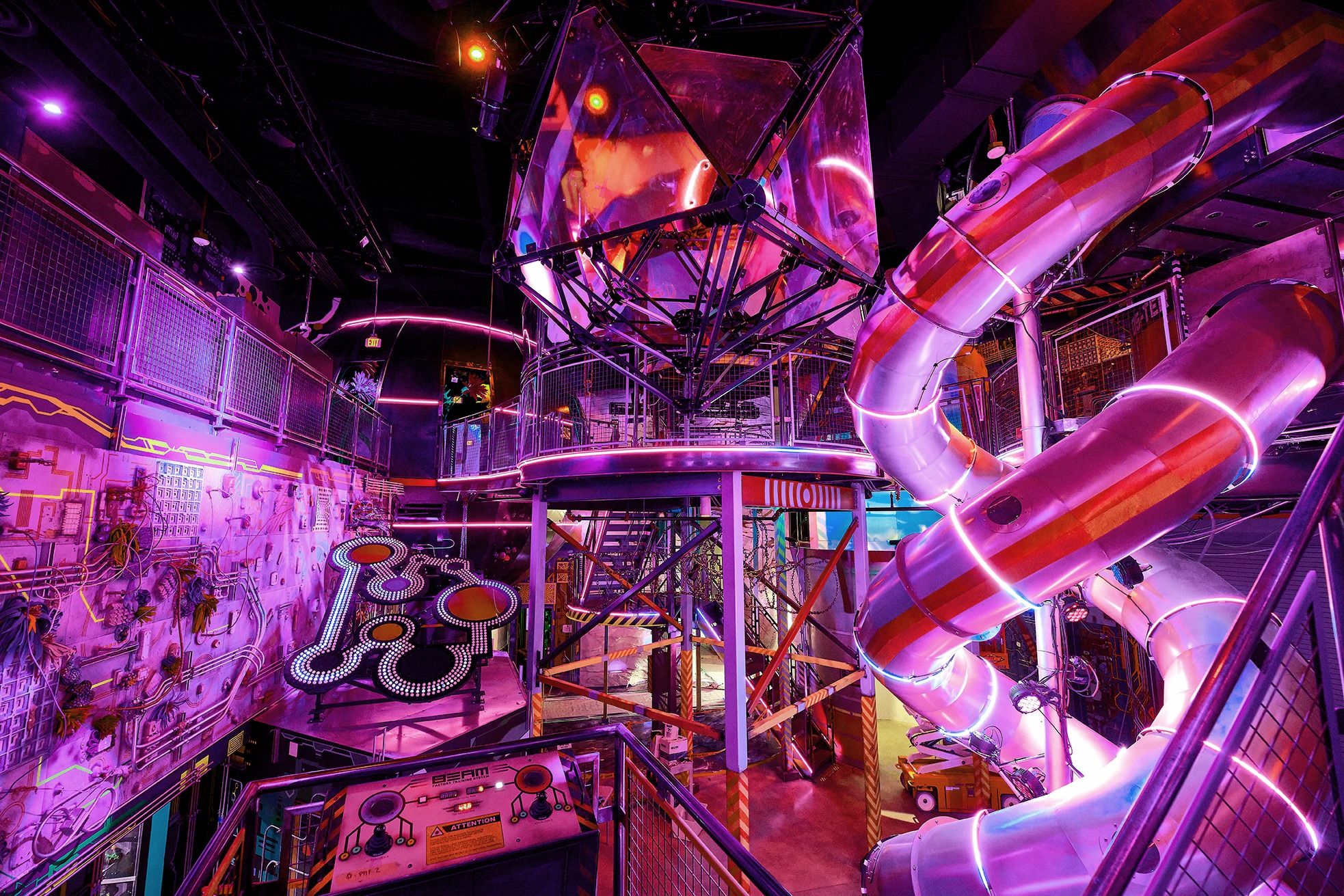 Tickets for the experience start at $45 for general admission and $40 for children, seniors, and military ($35 and $30 for Nevada residents). Due to COVID-19 protocols, you must book a time slot in advance.