Lissy Andros felt ready for a big life change. Her mother had recently divorced her husband of 40 years — Andros’ father — and Andros decided that the two of them needed a fresh start. It was around then that she picked up the Twilight books. By the time Andros finished the series, she had come to a realization: She should move to Washington.

Andros arrived in Forks, Washington, in September 2009, a year after the release of the first Twilight film. The resulting franchise would launch a cultural phenomenon and mobilize legions of diehard fans. She recalls a town in the midst of an “economic downturn,” she says, thanks in part to a sharp decline in the timber industry, which was the source of Fork’s prosperity in the 1980s and ’90s.

“There were stores on Main Street that were boarded up,” Andros adds. “It was pretty bleak.”

But the year that Andros arrived in Forks would come to mark a turning point for the town. She had a front row seat to Forks’ transformation as fans flooded Washington state, hungry to recreate Edward and Bella’s brooding romance.

Forks was once a quiet, quaint town on Washington’s stunning Olympic Peninsula. It, and the surrounding area, were known not just for logging, but for the stunning, near-magical natural landscape. The nearby Olympic National Forest is an undoubtedly ethereal setting that’s well-suited to the supernatural and is celebrated for its lush, dense forests and rocky wet-sand beaches. But instead of looking for natural wonders, legions of tourists who came after the release of Twilight paraded up and down Main Street in search of familiar locations from the books (the movies weren’t filmed in Forks). 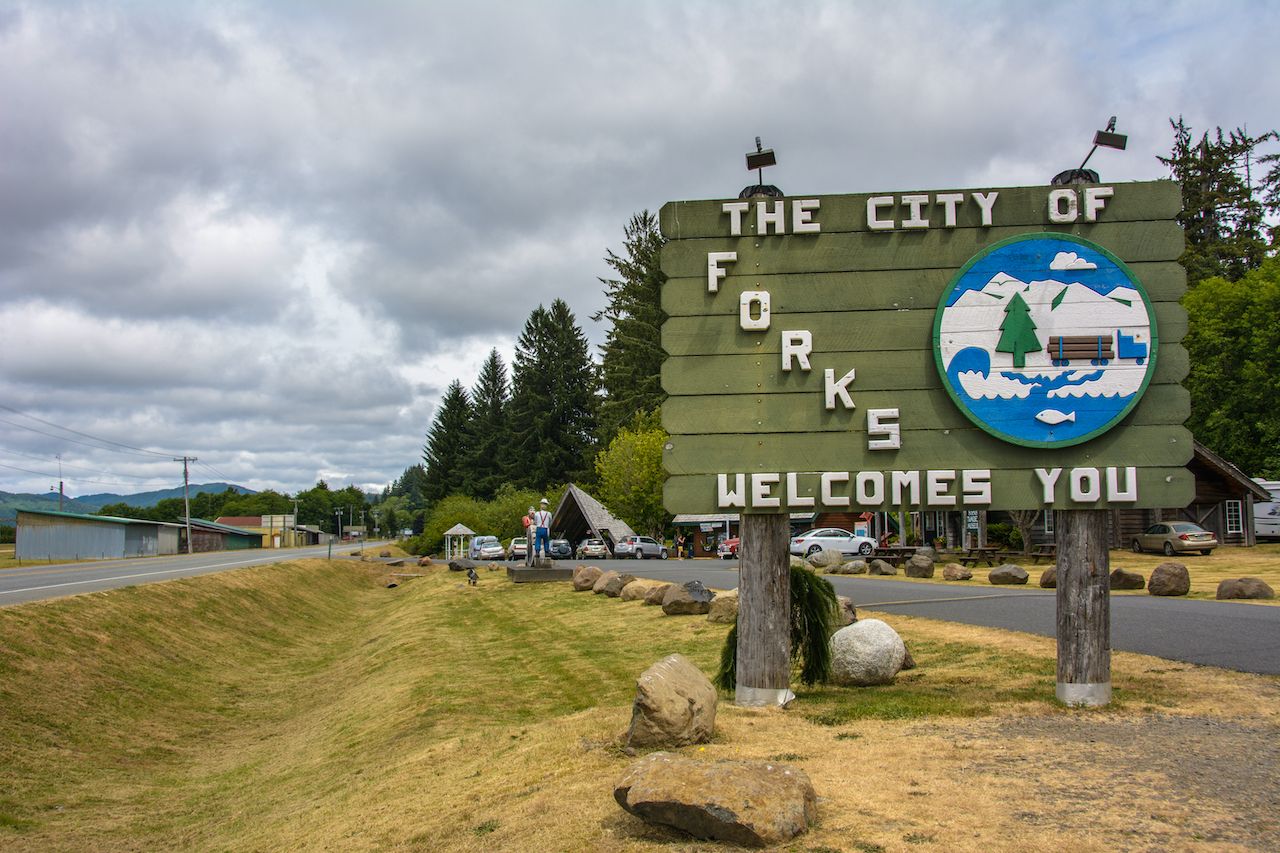 The infusion of tourist dollars revitalized the town, and locals jumped on the bandwagon: Andros remembers one woman who renamed her group of businesses, including a tour company and a restaurant, Dazzled by Twilight.

In 2011, Andros took a position with the town’s Chamber of Commerce in the tourism department. At the time, there was no official Twilight celebration planned, but fans had started to trickle into Forks five years earlier, around 2006. At first, Andros’ predecessors didn’t know what to do with outsiders coming to their town looking for Twilight-themed adventures.

One time, a fan dropped by the visitor’s center and asked where to find “Twilight food.” Marcia Bingham, Andros’s predecessor at the Chamber of Commerce, called up the local drive-in, Sully’s Burgers, and pleaded with the owner to create a Twilight-themed menu item on a whim. He threw together the “Bella Burger,” which included a set of plastic fangs. It was a hit, and Sully’s kept it on the menu permanently. Andros estimates the drive-in has given away 70,000 pairs of plastic fangs by now. 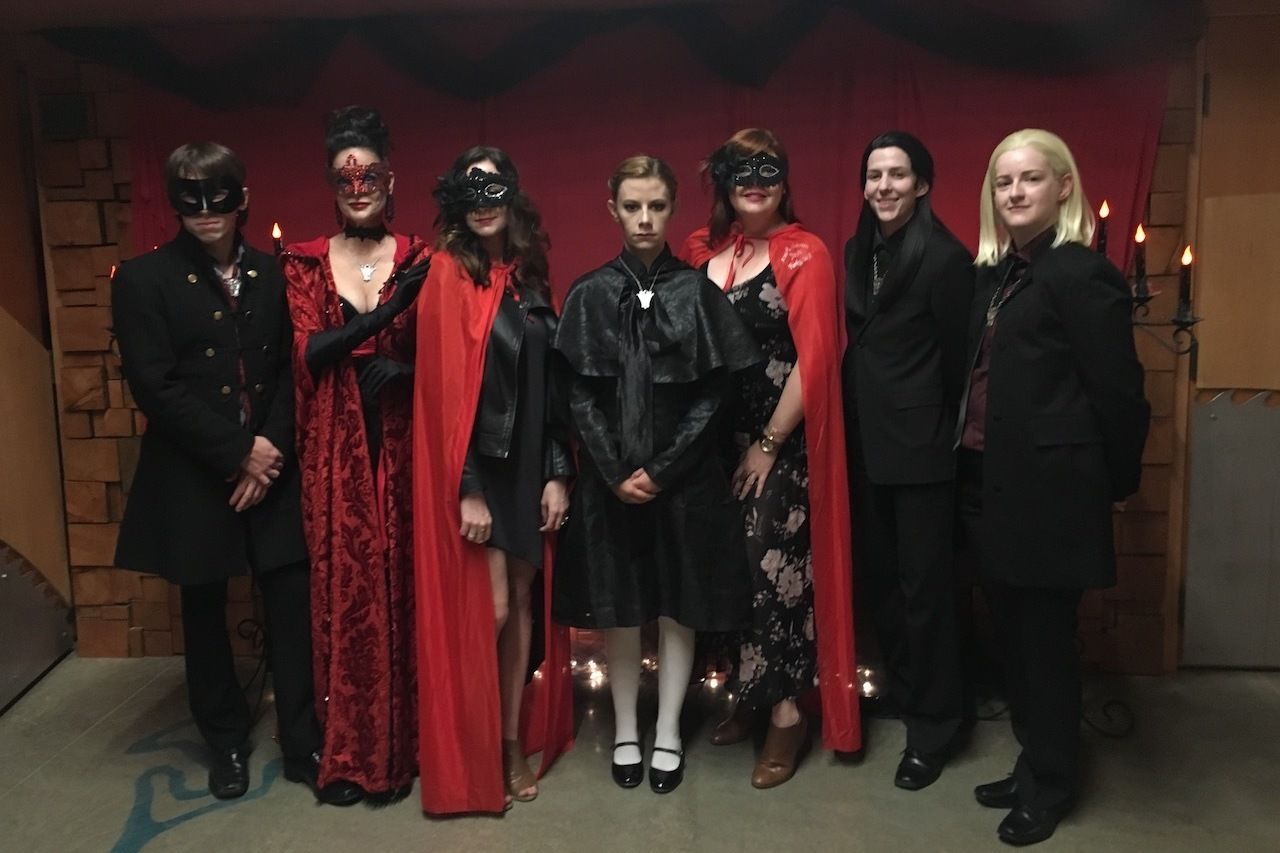 In the years that followed, the Chamber of Commerce set up events at city parks and private businesses, but the Twilight events in Forks felt scattered and disjointed. In 2015, with Andros’ help, the town rebranded its Twilight festivities as “Forever Twilight in Forks” — thereby solidifying Fork’s permanent association with the franchise. The highlight is the four-day Forever Twilight in Forks Festival, which attracts around 1,500 diehard fans every year.

Andros admits that there are locals who simply don’t accept that their town is now a must-see destination for vampire cosplayers. There are also Forks residents, she says, “who aren’t happy or sad about it, they’re just confused,” and who still wonder what the big deal is more than a decade after the Twilight books were first published. In fact, Andros surmises that most locals would prefer not to have an infusion of vampire enthusiast dollars, but a logging renaissance.

“I think that most people would [rather] have us known for logging,” Andros says. “I think that if Forks residents had a choice, they would have logging be back the way it was, because it really was a huge industry.” 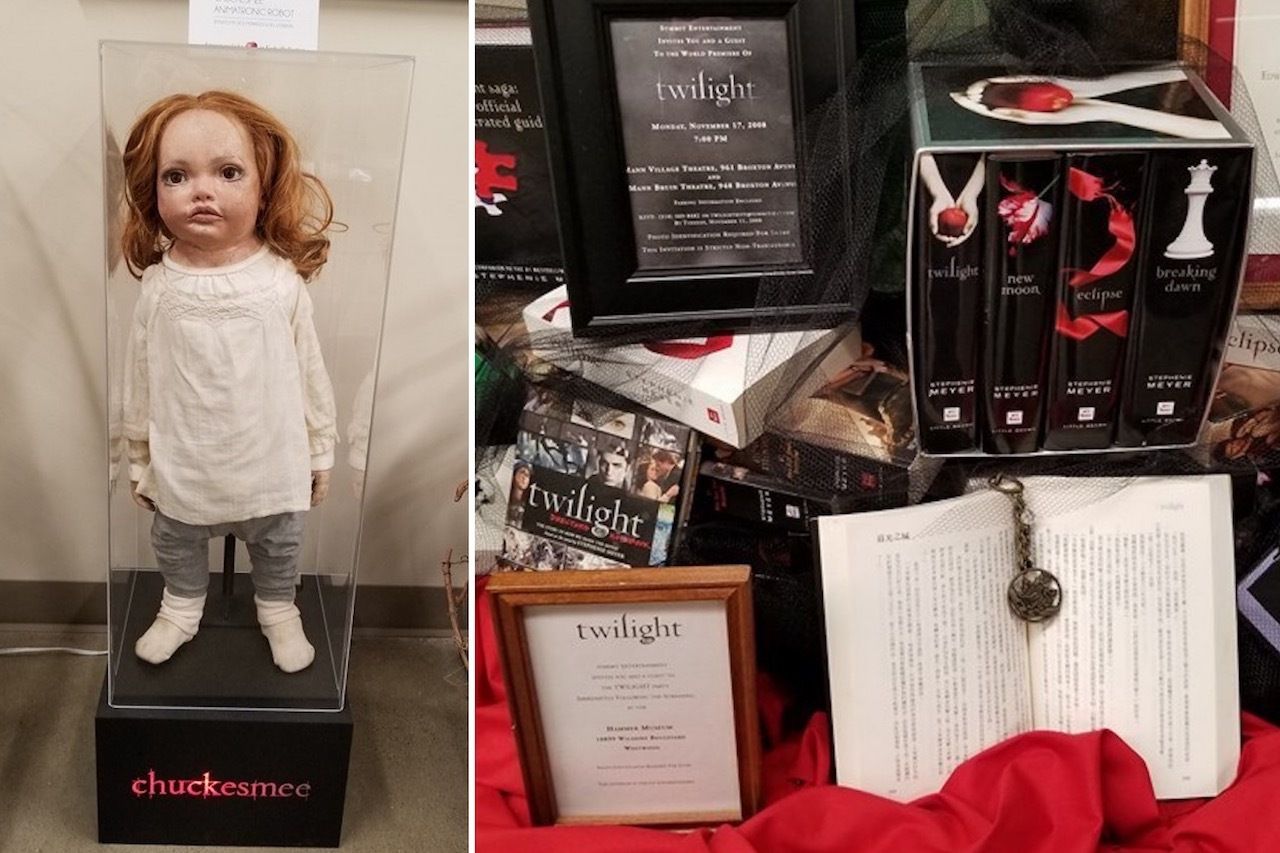 For Twilight fans, though, the intrigue of Forks has never really faded. The town has remained a popular enough destination over the years among Twilight-minded tourists that, in 2017, the town unveiled its Forever Twilight in Forks museum, a collection of costumes and other memorabilia from the film series — including a prop affectionately known as Chuckesmee. The animatronic doll was deemed so creepy that the crew of the Twilight films decided to fashion a CGI vampire baby. Today, Andros says people come all the way to Forks just to get a look at her.

Though the number of visitors has dipped since 2009, it hasn’t gone down by much: Around 38,000 people visited Forks in 2019. This summer, a Bella Swan-cosplayer with nearly 18,000 followers who goes by @justbellaswan on Instagram is working at the Chamber of Commerce. Andros says fans cry when they meet her in person. Netflix is also re-releasing the entire film franchise on its streaming platform this month, which is sure to trigger another wave of enthusiasm and nostalgia for Edward and Bella’s timeless romance. That means freshly invigorated waves of tourists are sure to arrive in Forks, looking to relive the Twilight Saga all over again.

Bella and Edward’s romance is eternal. And the obsession with Forks that followed their love story? It’s as immortal as the vampires who inspired it.

Movies‘Black Widow’ Showcases One of Europe’s Most Underrated, Cinematic Capitals
Tagged
Culture Entertainment Washington, United States
What did you think of this story?
Meh
Good
Awesome

Pitch Your Tent at These 10 Rad West Coast BLM Camping Spots
The 8 Best Rivers in Washington State for Salmon Fishing
Washington Has More Waterfalls Than Any Other State. These Are the 9 You Don’t Want To Miss.
The 7 Best Beaches for Clamming in Washington State