If you’ve ever been out to eat Korean food, then you’re familiar with banchan – small side dishes served alongside rice. The one banchan dish that diners will likely encounter every time they eat Korean cuisine is kimchi. These vegetables, usually cabbage or radish, are fermented in a salt brine, and the kimchi most people have tried is a distinctive fiery red hue imparted by gochugaru, or Korean red pepper flakes. Kimchi is spicy, tangy, and crunchy – a distinctive flavor difficult to forget. And though cabbage kimchi is the go-to variety, there are many types of kimchi that aren’t as easy to find outside of South Korea.

It’s important to note just how important kimchi is in Korean culture. The fermented vegetables stayed good through the winter and provided food when there were few other options. Today, it’s evolved from necessity to an essential part of Korean cuisine. One Korean cooking blog writes that, in Korea, kimchi represents “harmony and balance,” and calls it the “soul and life of the Korean people.”

The most familiar type of kimchi is baechu kimchi made with fermented Napa cabbage coated in chili flakes, garlic, and fish sauce for that extra pungent kick, which is all mixed with carrots and scallions. It’s served as banchan, as mentioned earlier, and mixed into fried rice and put on top of ramen and other dishes. 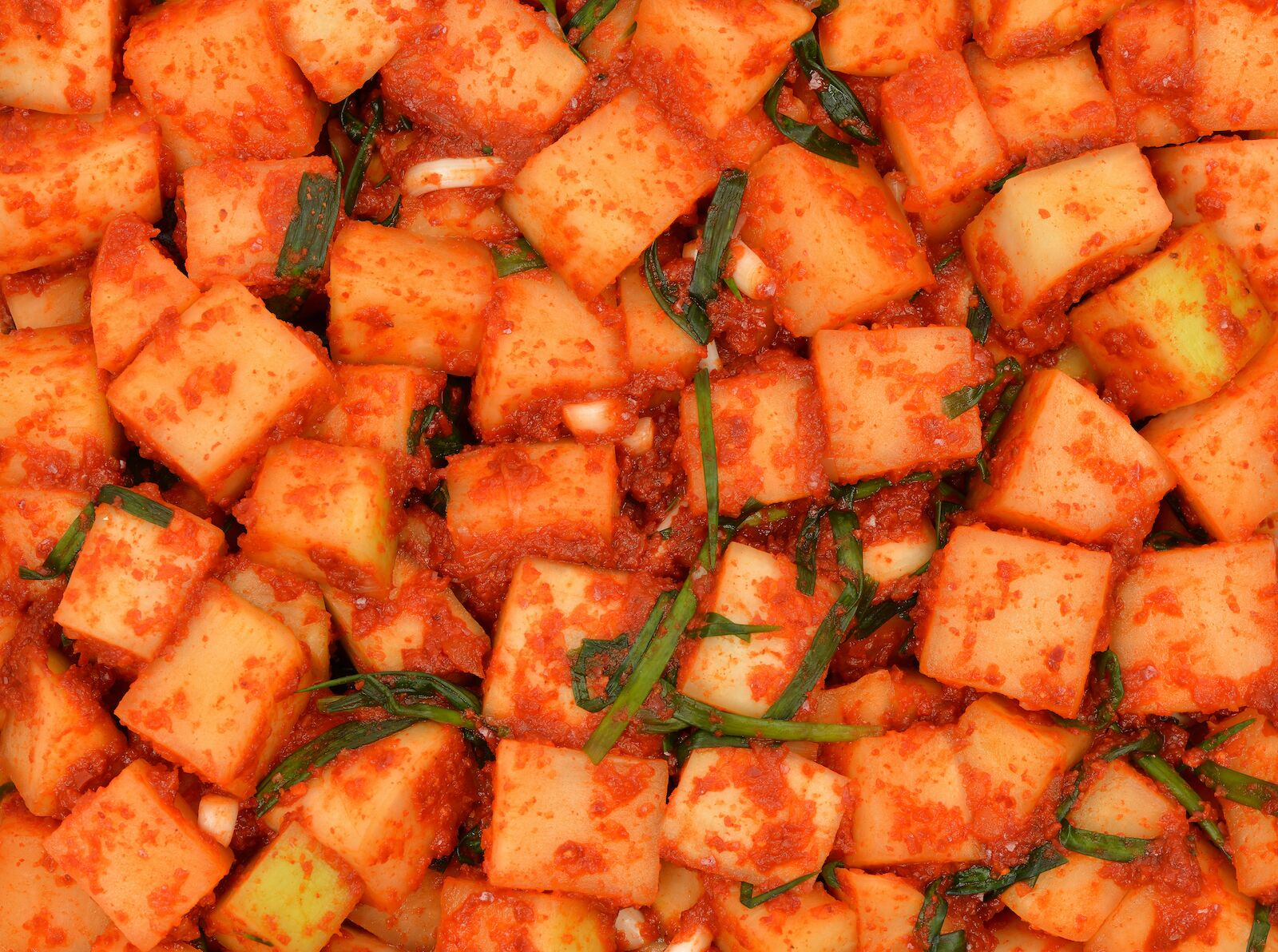 Kkakdugi kimchi has two distinct characteristics: It must be cubed, and it’s usually made with daikon radish. Like many other varieties of kimchi, kkakdugi kimchi picks up heat from garlic and gochugaru. According to My Korean Kitchen, kkakidugi kimchi is often served with beef short rib soup, ox bone soup, and noodles. 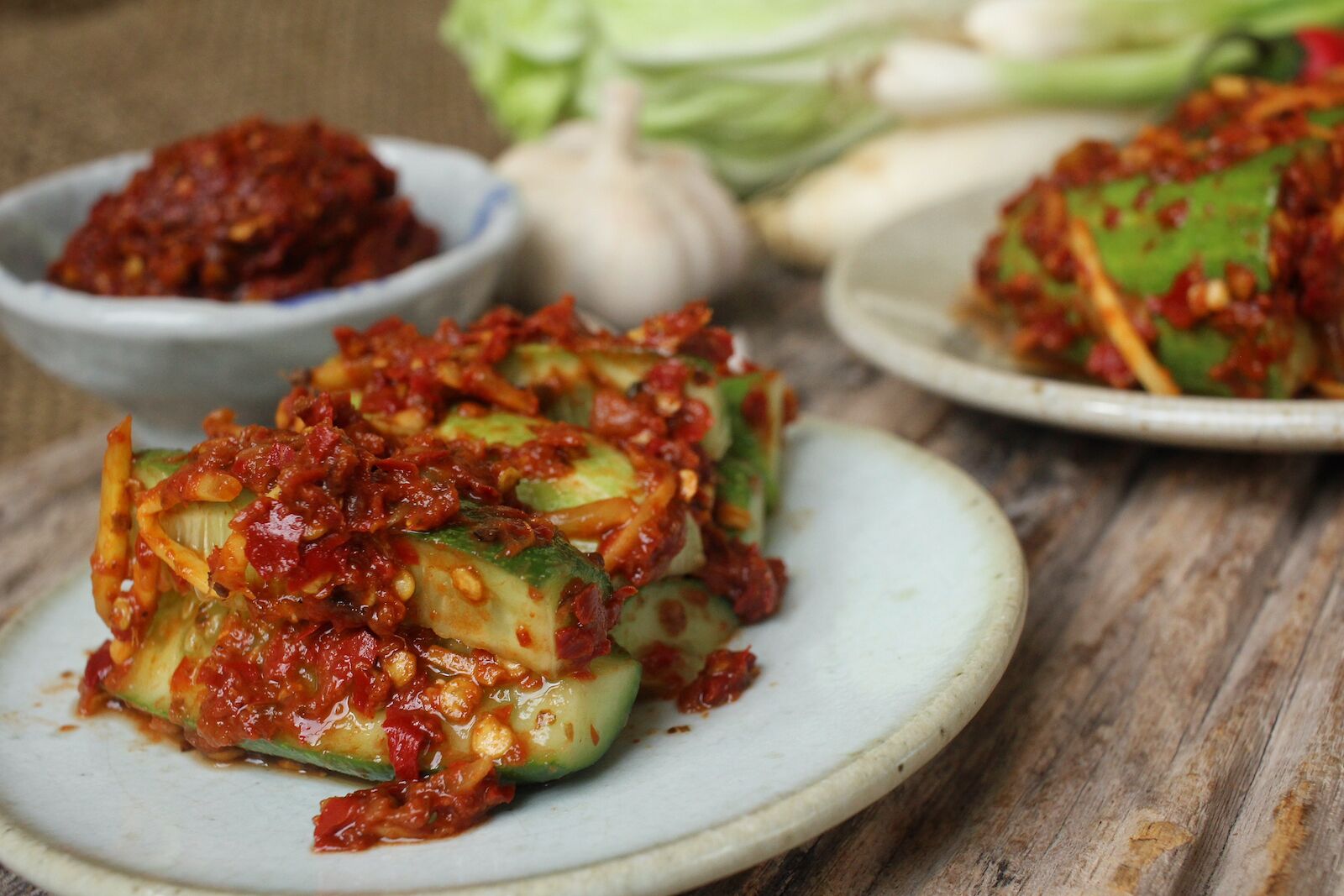 Usually prepared in the summer, oi sabagi transforms whole cucumbers into vessels for kimchi paste (usually made from garlic, gochugaru, and fish sauce) and other ingredients, like garlic and chives (a combination known as buchu). It’s signature crispy and crunchy texture pairs with sweeter taste and slender shape of Korean cucumbers. 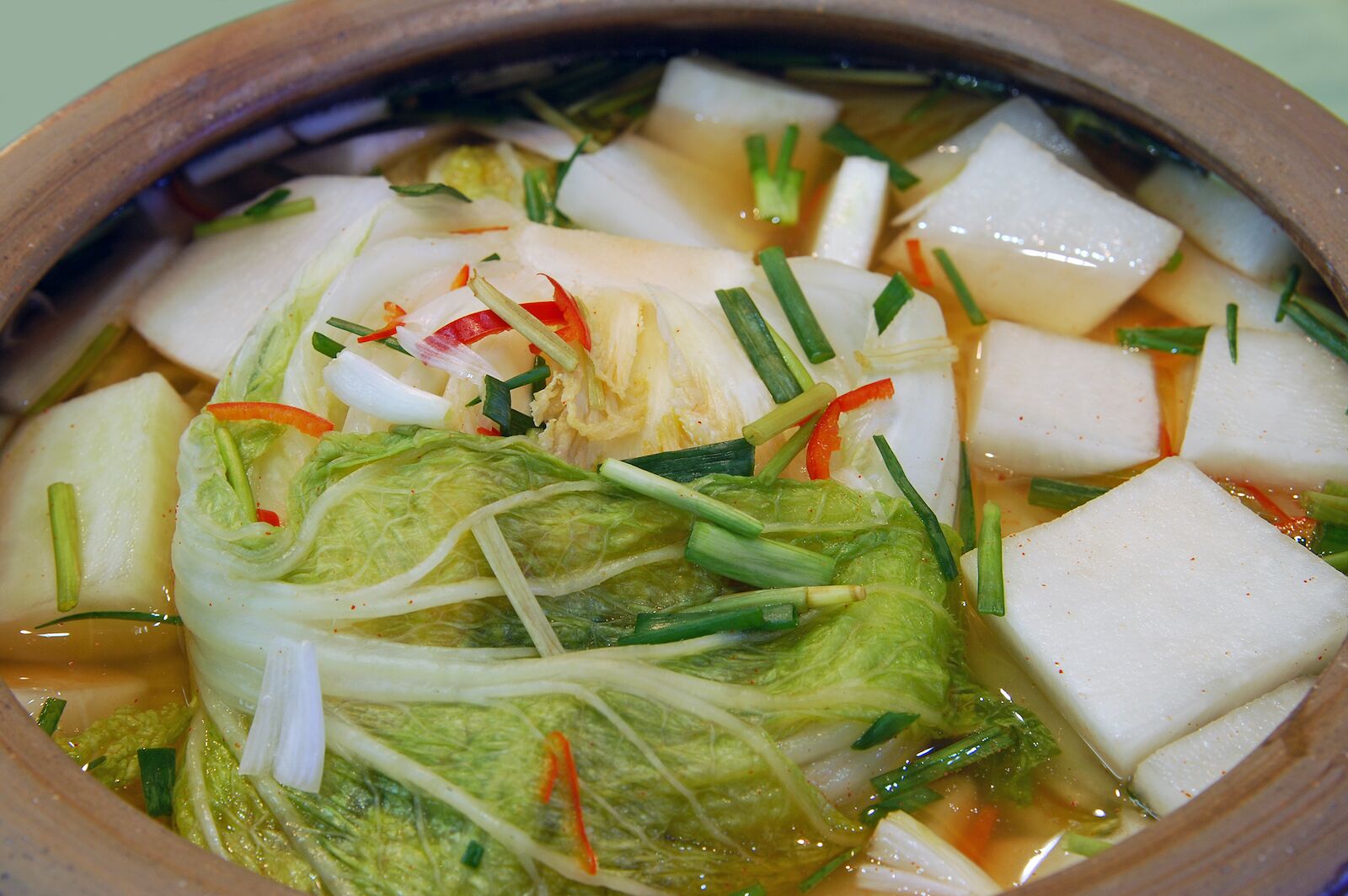 There are two types of water, or mul, kimchi: The first is called nabak kimchi, in which thinly sliced squares of radish cabbage leaves float in a broth seasoned with garlic, ginger, and gochugaru. According to Korean recipe blog Korean Bapsang, this is a “mild, clean tasting kimchi” that usually includes two other distinct ingredients: minari, a leafy green herb with a peppery flavor, and either Korean apple or pear to add a dash of sweetness.

The other type of mul kimchi is dongchimi, primarily prepared in fall and winter from whole radishes. After the radishes are fermented in a salty brine, they’re served in a “light and refreshing cold clear soup,” according to My Korean Kitchen — usually as a side dish. Like nabak kimchi, the brine for dongchimi usually includes apple and pear, as well as ginger, garlic, and onion. It’s also designed to last through the winter months. 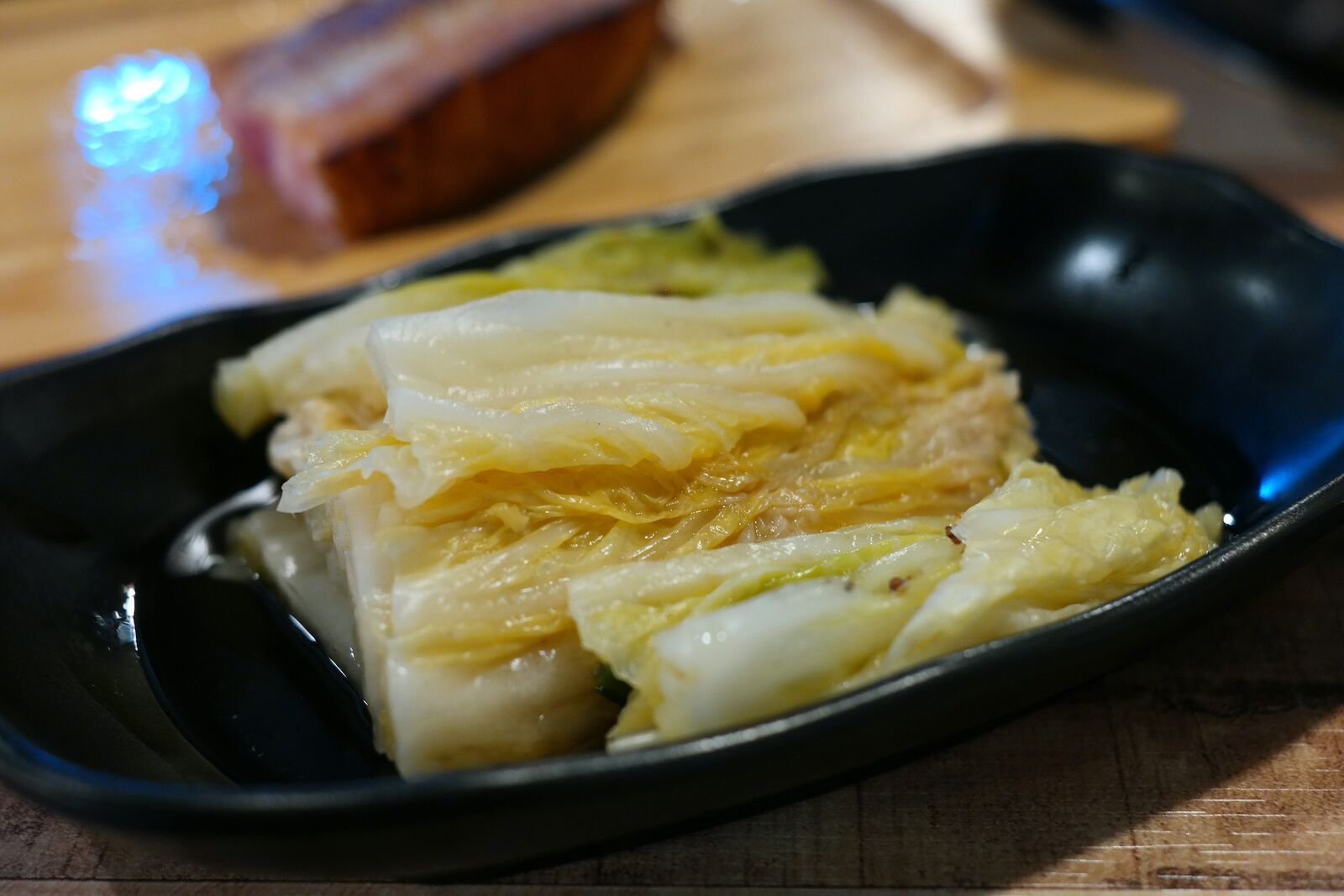 Baek kimchi, or white kimchi, is perhaps the mildest variety. It’s fermented without chili flakes, unlike most other versions of kimchi. Baek kimchi is fermented in salt brine and often stuffed with ingredients like pine nuts, shredded carrots, and chestnuts. Baek kimchi is often served with grilled meats. 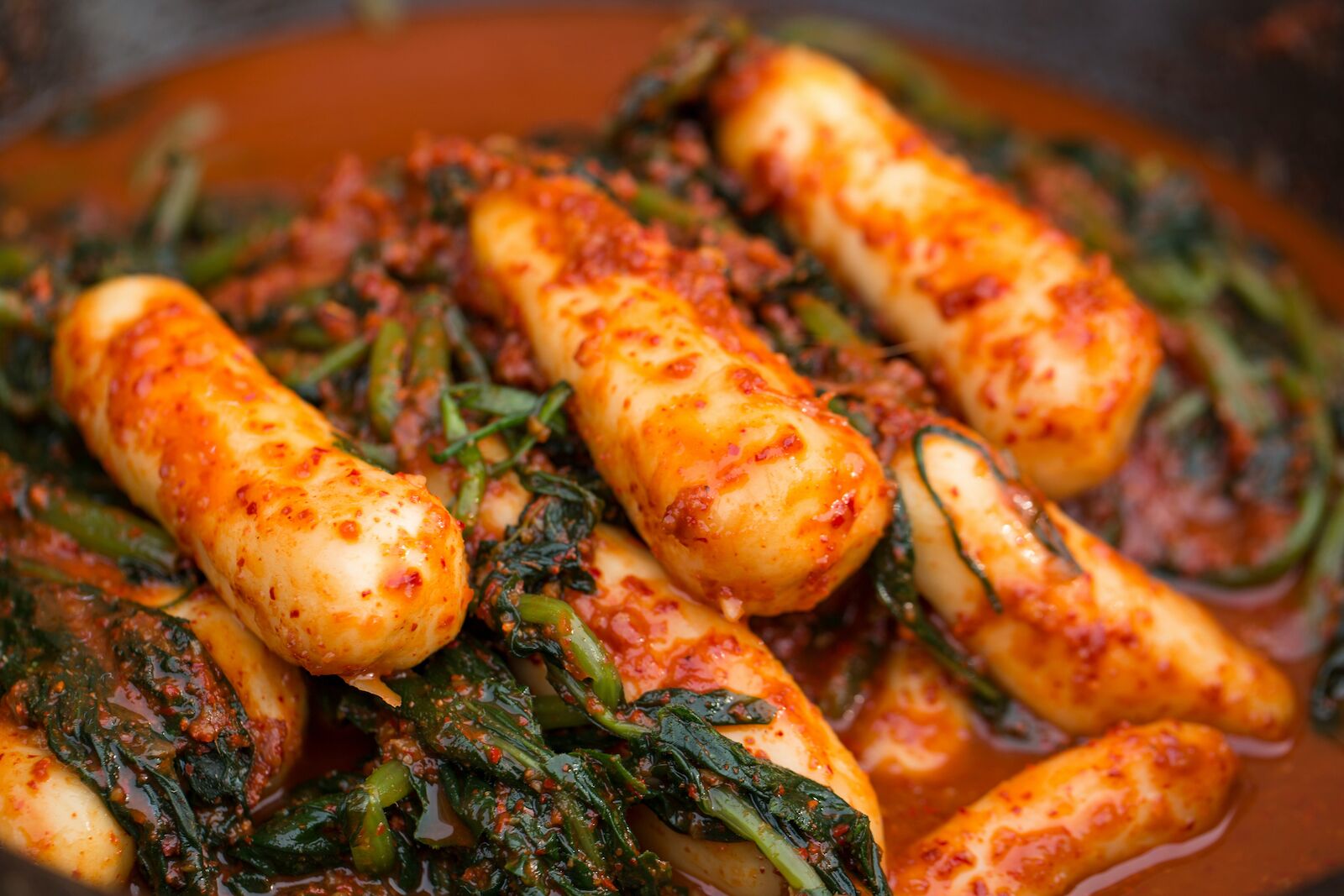 Ponytail radish kimchi, as chonggak kimchi is also known, is another type of kimchi made with the whole radish. Made from a radish called chonggak mu (the leafy green stems resemble a ponytail), chonggak kimchi is coated in garlic and gochugaru before being fermented. The appeal of this kimchi is in the distinct textures you get from the crunchy radish and the chewy stem, but chonggak mu is harder to find outside of Korea so this is one kimchi that you’re most likely to see when eating in the country. 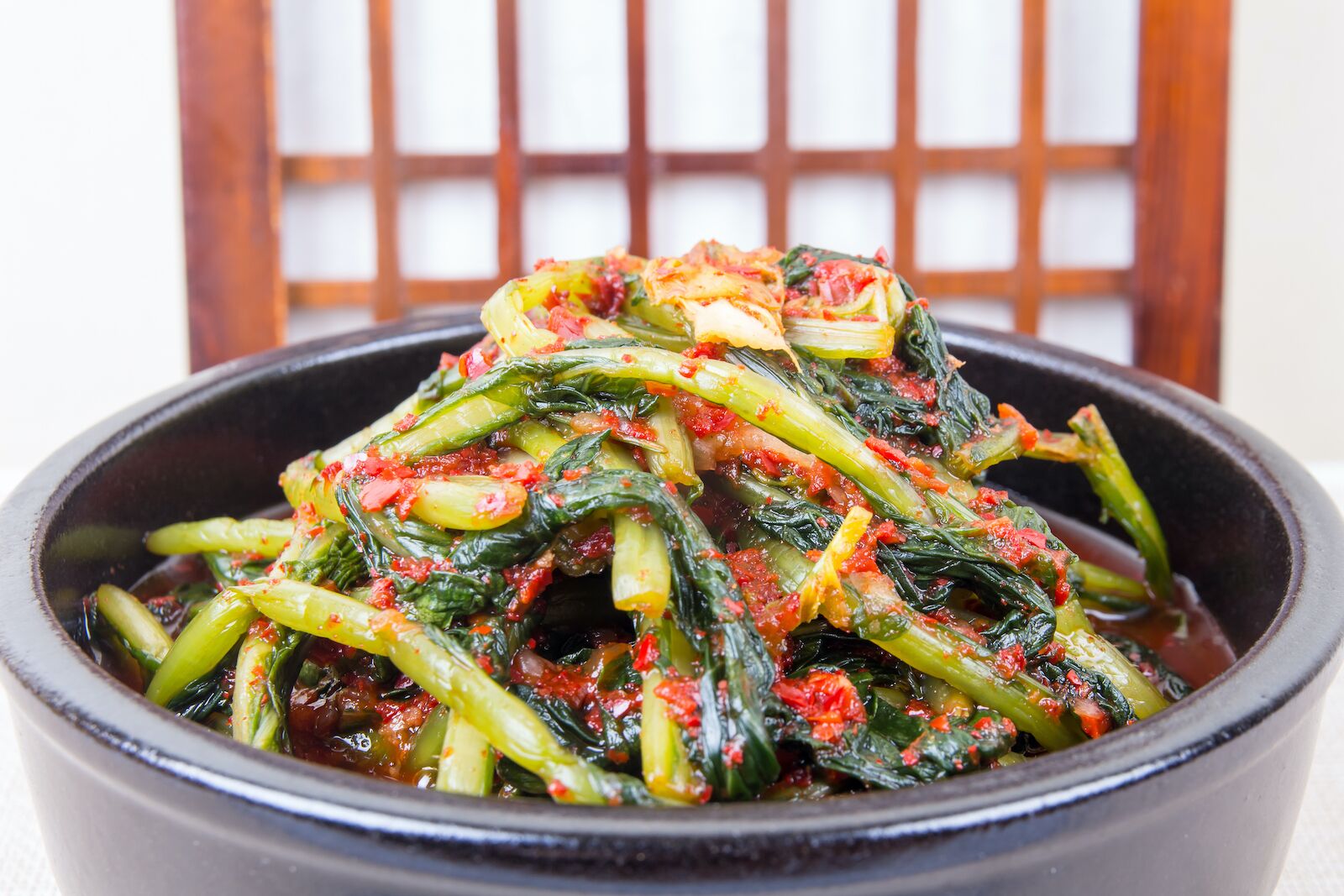 This variety of white radish kimchi is only available in summer when the thin, tender stalks are in season. Often, yeolmu kimchi is mixed with napa cabbage as well. Yeolmu kimchi is often served with bibimbap, as well as a cold noodle dish called naengmyeon. 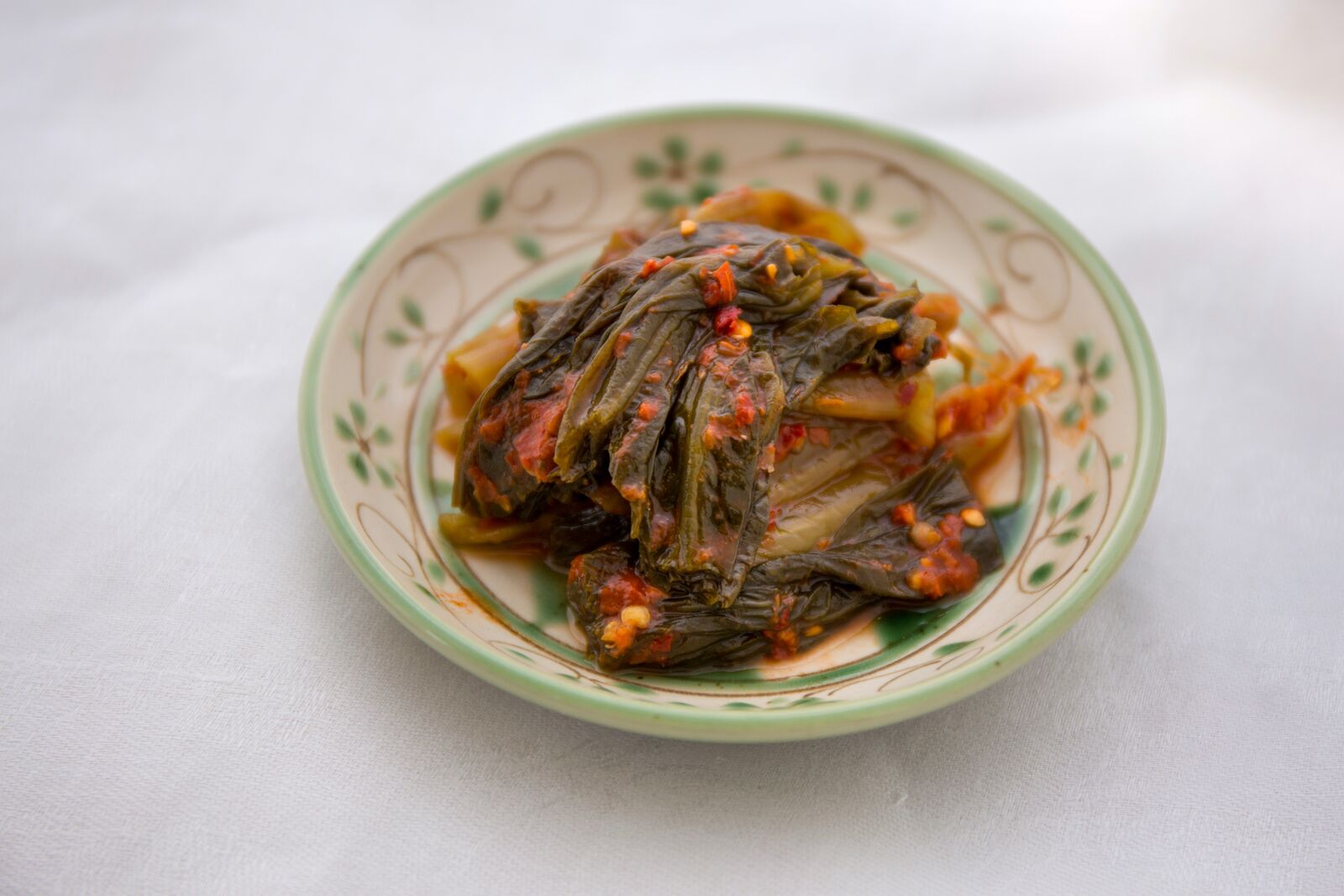 Gat kimchi is made with earthy, peppery mustard leaves. The coarse, broad leaves resemble kale and impart a particularly crunchy texture. Because mustard leaves are already pungent, this variety of kimchi, which is fermented in ginger, garlic, and red pepper flakes as well as the usual salt brine, is especially spicy. Gat kimchi is often paired with grilled meat or added to stews. 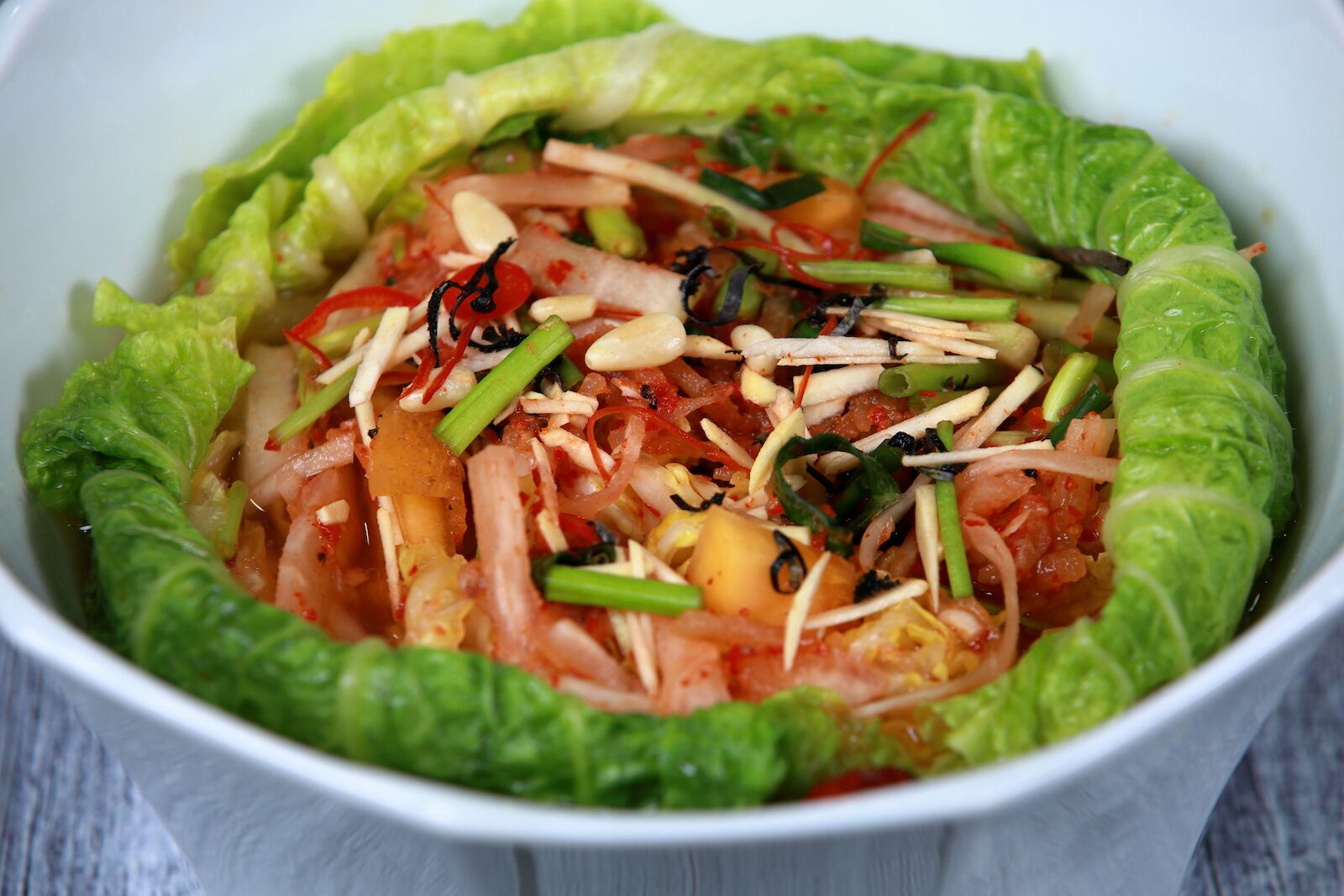 Bossam kimchi means wrapped kimchi, which might give you an idea of how this dish is served: Fermented cabbage leaves are wrapped around seafood and vegetables. According to Korea.net, bossam kimchi is often stuffed with things like chestnuts, pine nutes, jujubes, watercress, green onions, brown oak mushrooms, ginger, apples, pears, ginseng, and baby octopus. By some accounts, the style originated in Gaeseong, a city in North Korea. 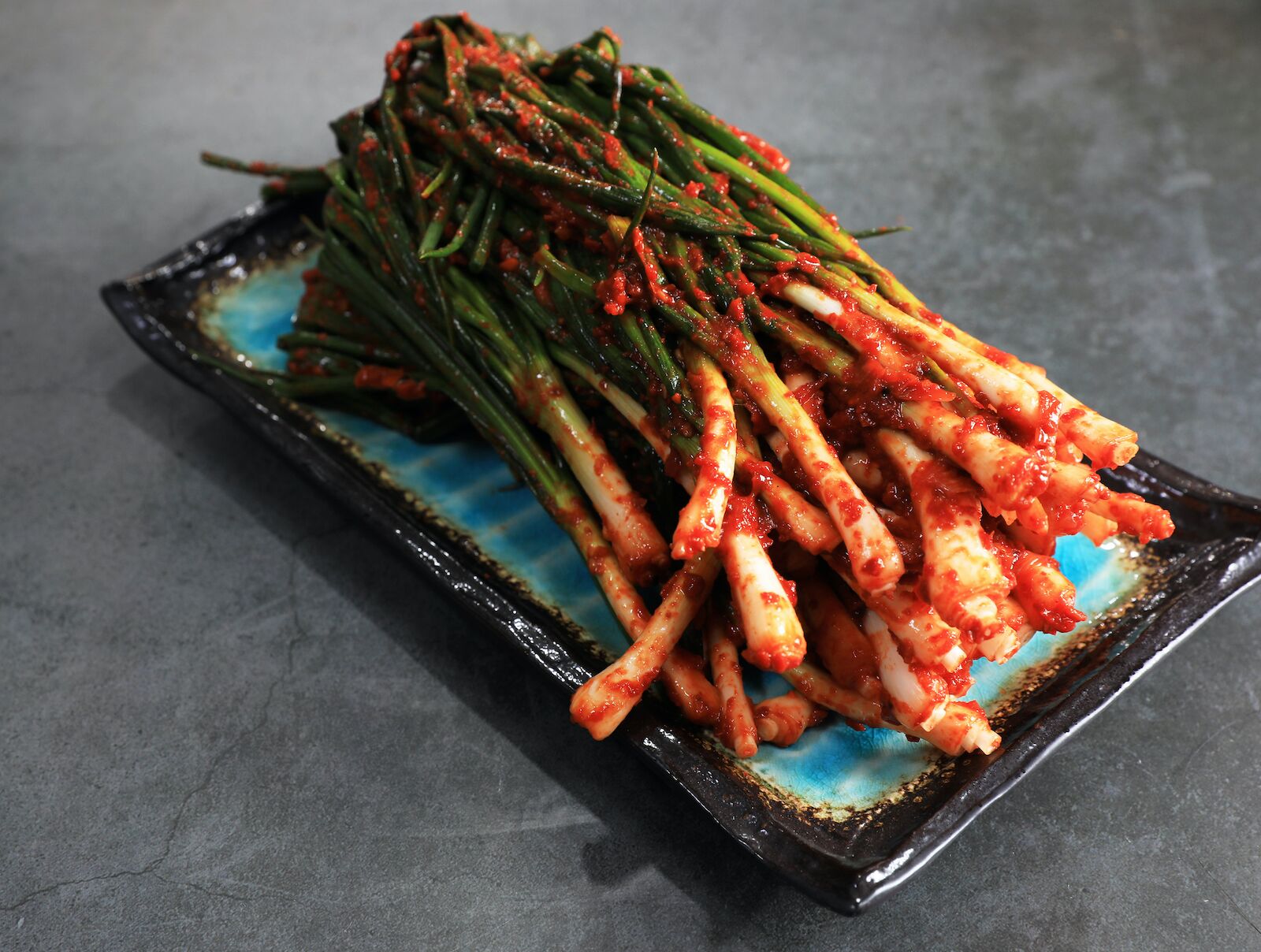 This variety of kimchi is made from green onions, which are long and slender. According to the Korean cooking blog Maangchi, pa kimchi is an aromatic, spicy, and crispy kimchi especially prevalent in the South Jeolla province. Like many other types of kimchi, pa kimchi is coated in kimchi paste, a mixture of garlic, ginger, gochugaru, and fish sauce. In Korea, pa kimchi is made from a variety of green onion called jjokpa, but since it’s not common outside of Korea, you can make pa kimchi using everyday scallions that are found at the grocery store.

Food + DrinkThe ‘Holy Trinity’ of Korean Cuisine Is All About Fermentation
Tagged
Food + Drink South Korea
What did you think of this story?
Meh
Good
Awesome