It’s always difficult being the new kid on the block, but for these little piggies, it’s extra tough. Not only do they have to deal with the struggles of being new at the London Zoo, but they’re also being called “the ugliest pigs on Earth” and “demon pigs.” 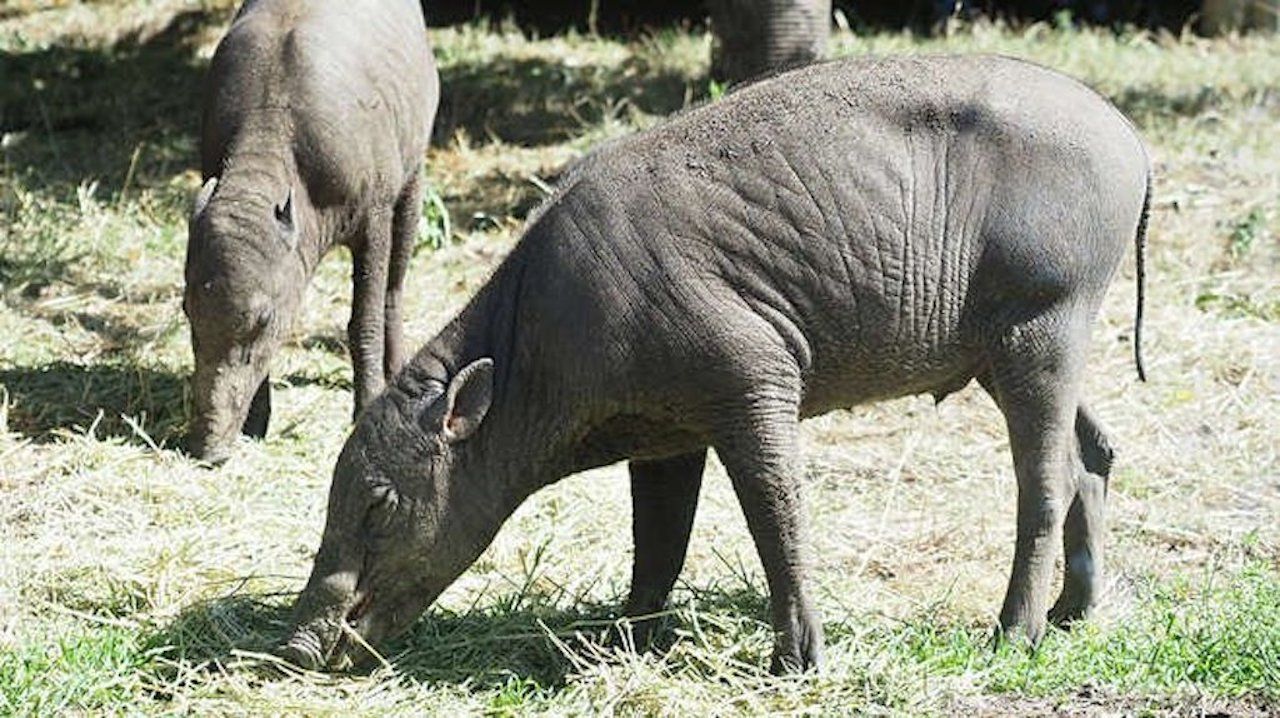 Budi and Beth are babirusas — a species of pig that is hairless, and has wrinkly gray skin and long, wet snouts — and they joined the zoo as part of an international breeding program for the vulnerable species.

According to zookeeper Hannah Joy, “ No one could call babirusa pigs beautiful. In fact, their traditional nicknames aren’t kind at all; people who live alongside them in Indonesia call them rat pigs or demon pigs, because of their long, misshapen tusks — which are actually teeth growing through their noses that curl backwards.”

Babirusas are listed as “vulnerable” by the International Union for Conservation of Nature because of the destruction of their rainforest habitat and their poaching for bushmeat. Babirusas are native to Indonesia and are found in the wild only on two of the Sula Islands, Mangole and Taliabu, as well as on Bura.

Joy also affectionately compares the pigs to monsters in the Harry Potter series, saying, “Just like those famous characters they’ve absolutely won us all over — the way they wag their long stringy tails when they’re happy is a joy to see. We are determined to rally the public in sharing our love for the unique-looking swines, reputed to be the ugliest on earth. They may not be Indonesia’s most photogenic residents, but babirusas do fulfil an important role in the forest’s ecology — turning the soil and spreading seeds as they forage.”

In time, Budi, the male of the pair who is only a year old, will grow his sets of teeth — one of which will grow through his nose. 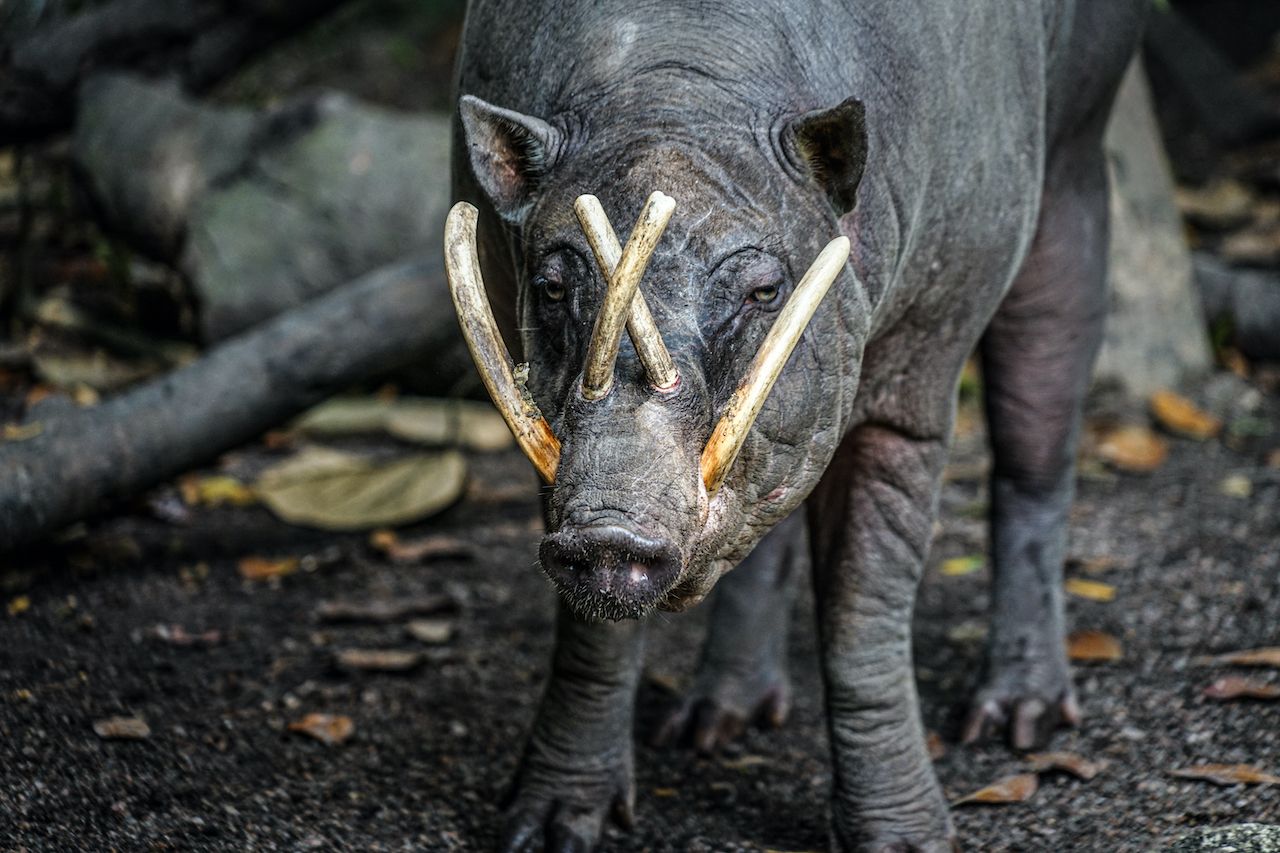 The pigs have spent the first few weeks settling into their dens but are now enjoying the good weather outside in their paddocks for the pleasure of curious visitors.