Europe is home to some of the most innovative chocolate makers in the world, making it a dream destination for chocolate lovers. From Belgian pralines to French macarons, passion for chocolate can be found all over the continent. If you find yourself craving chocolate on a level your hometown just can’t satisfy, take a look at this dessert lover’s bucket list passing through the best chocolate shops in Europe. 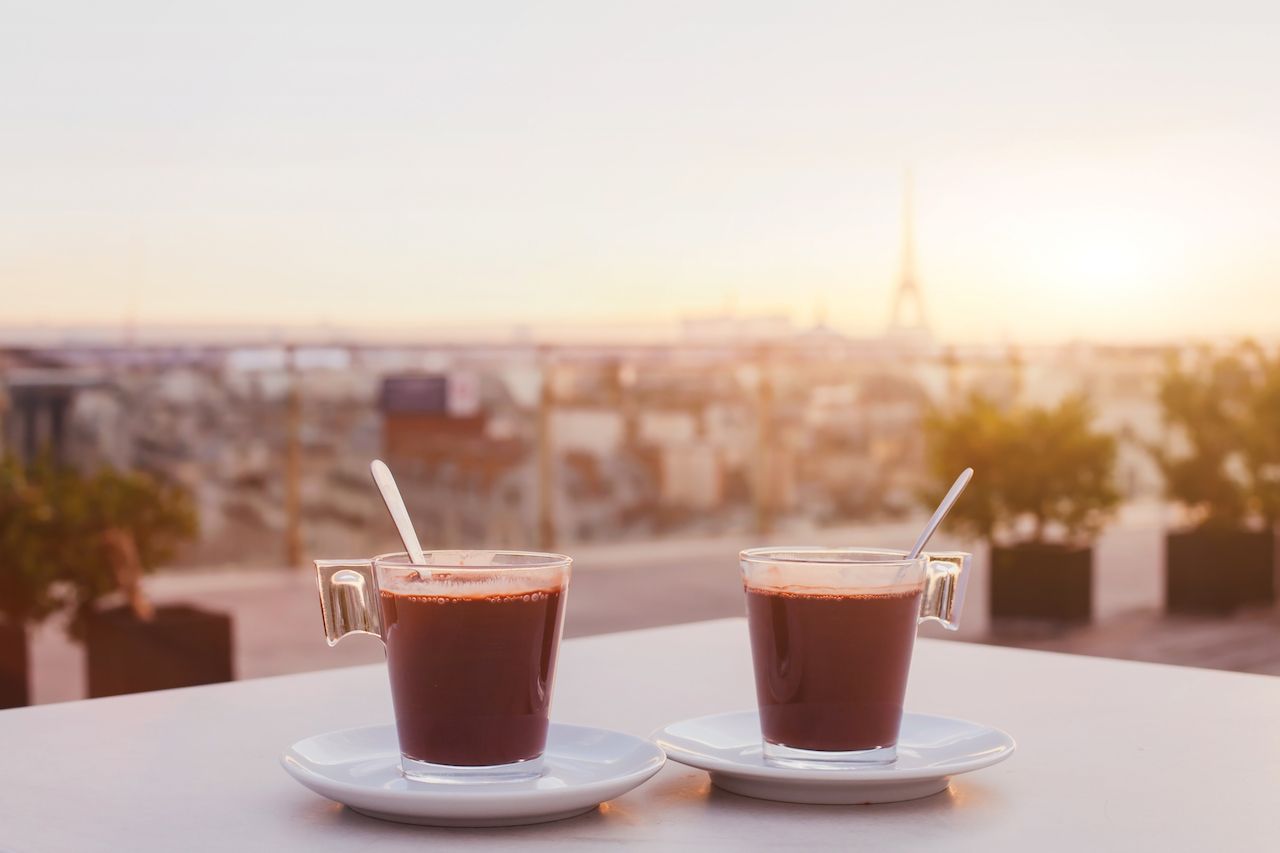 You’ll begin the ultimate chocoholic trip at Choco Story, a museum of chocolate located in Paris, France, where local culture has celebrated chocolate for hundreds of years. You will learn about the history of chocolate and its origins in the early Americas. Chocolate was revered by early Mayan civilizations and later used as a form of currency by the Aztecs. During his exploration of the new world, Christopher Columbus first tasted chocolate in 1502, but it was largely unknown to Europe until 1528, when it was brought back to Spain by conquistador Hernán Cortés. 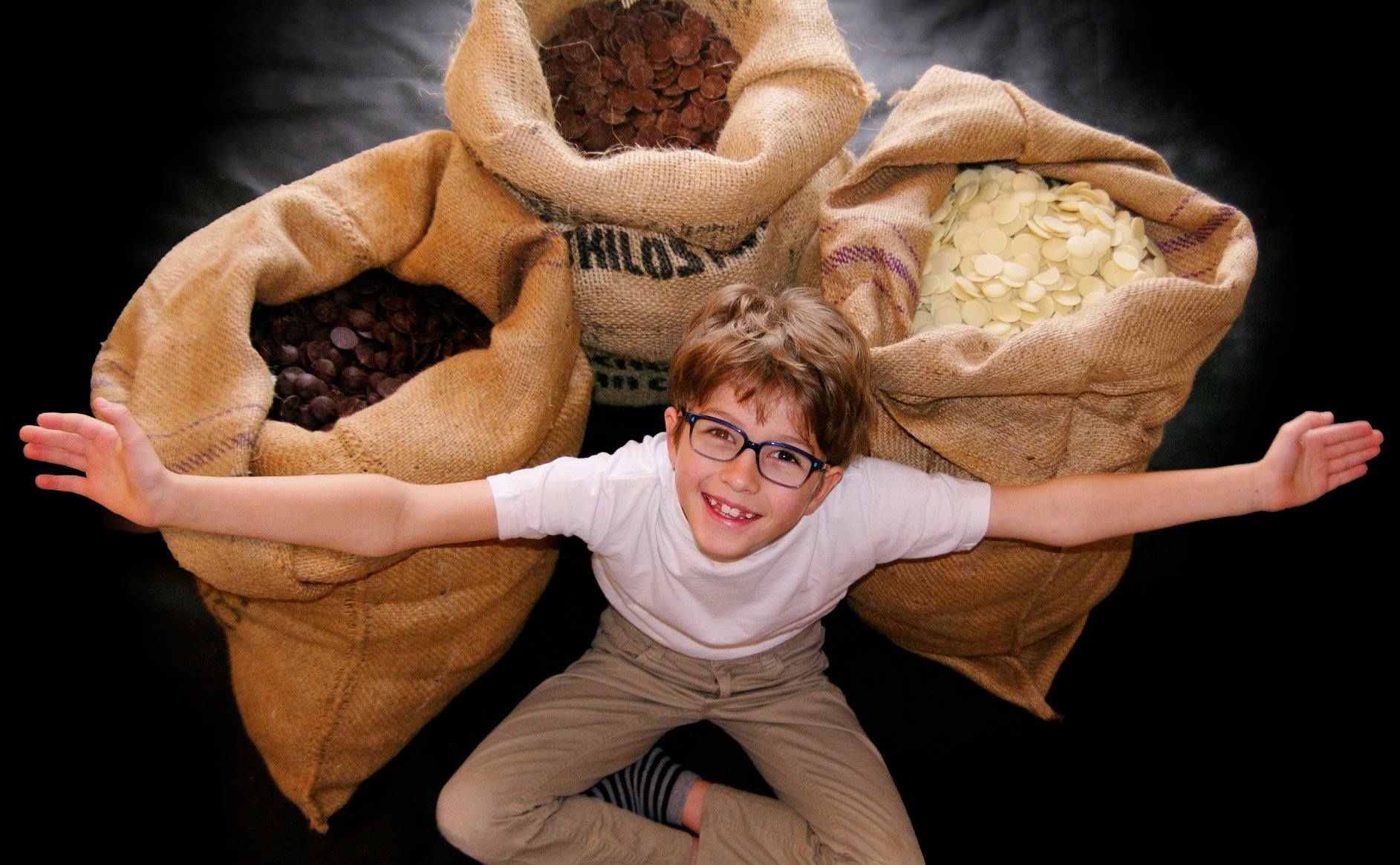 You’ll also learn about the modern chocolate industry: current chocolate innovators, how chocolate is made, and all of its variations. Next, continue on to the tasting room, sampling chocolates of all different varieties. You can even make your own in a family-friendly DIY workshop at the museum. Finish your trip checking out the museum displays which feature sculptures of the Eiffel Tower and Notre Dame Cathedral made entirely of chocolate. 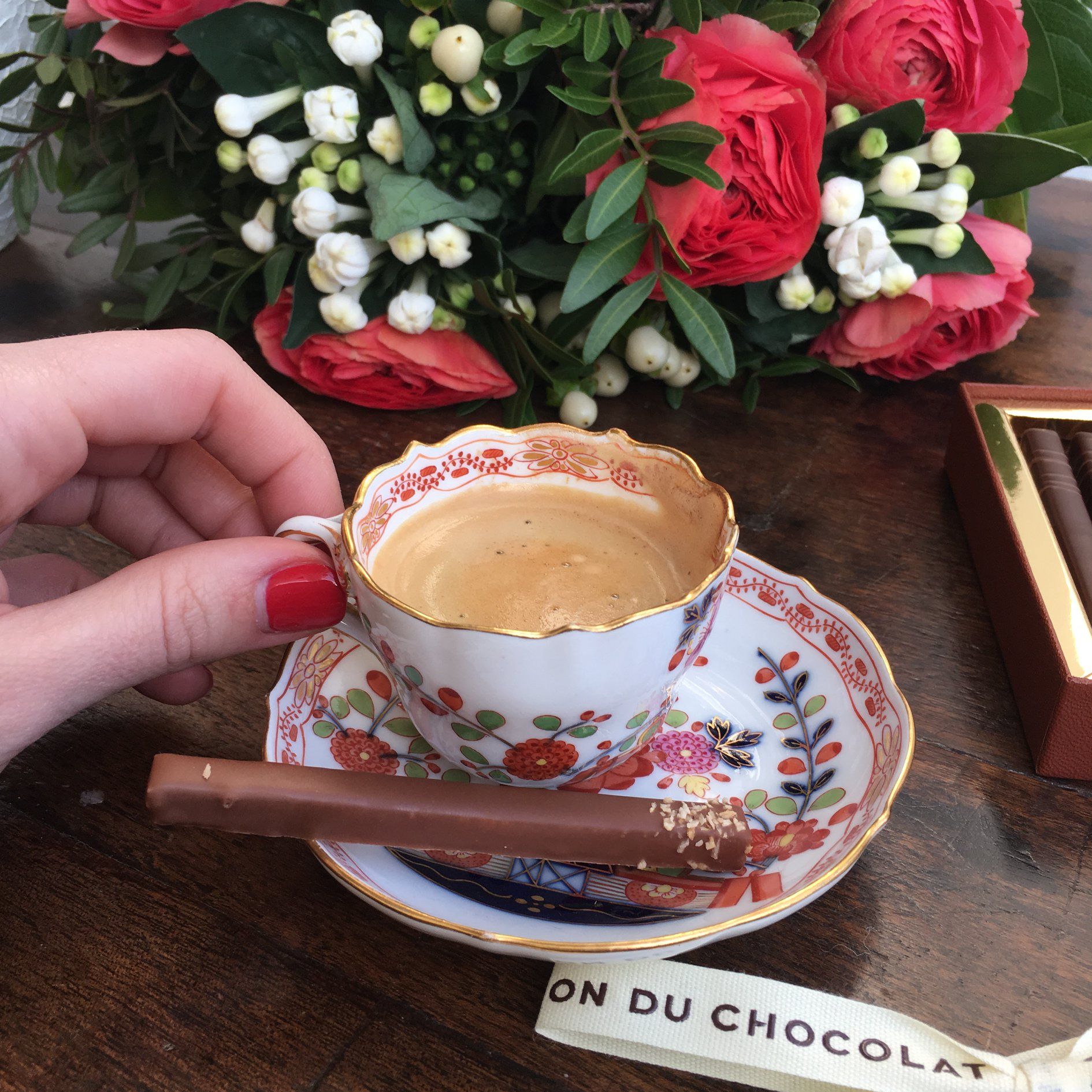 A quick 10-15 minute drive towards the Seine river brings you to the House of Chocolates, helmed by an award-winning head chocolatier Nicolas Cloiseau. There you can sample and take home handcrafted macarons, truffles, and caramels.

Their shop is walking distance from the Louvre Museum, the Fontaine des Mers, and the Obelisk of Luxor. Buy some chocolate to go, then nibble on a salted chocolate caramel whilst taking a sightseeing walk around these tourist hotspots.

If you get hooked on their desserts, they have boutiques around the world. 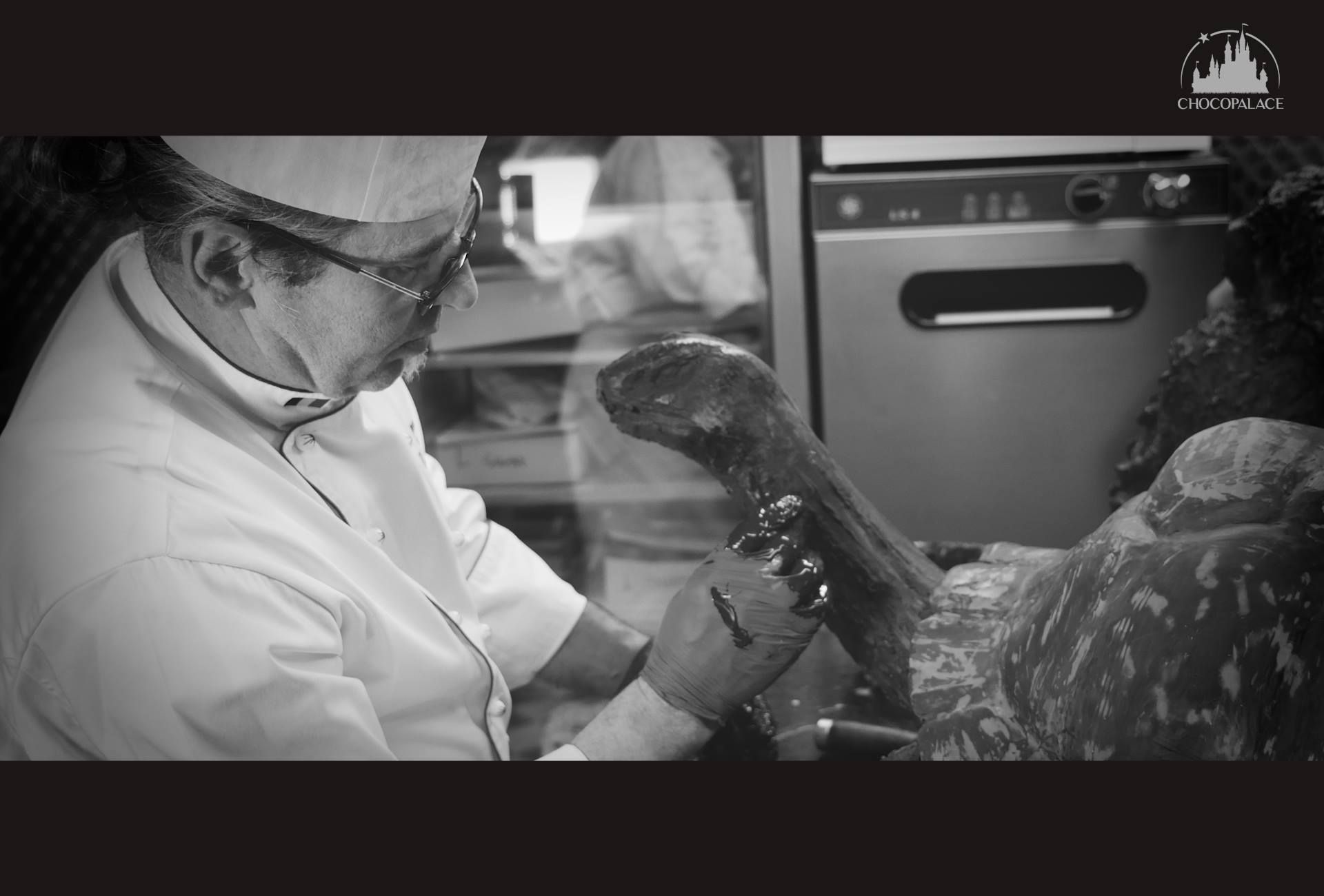 Next, we hop over to Belgium, where the town of Durbuy held its first ChocoPalace Festival this year to celebrate amazing chocolate sculptures.

The inaugural jungle theme showcased forty life-sized sculptures of gorillas, elephants, leopards, and other animals. All of the sculptures are formed from chocolate by twenty artisans from different countries. The festival is family-friendly, offering face painting, arts and crafts, chocolate tastings, and photo opportunities with a giant chocolate bar mascot. For adults, the festival includes a “chocobar” featuring chocolate Champagne and wine/chocolate pairings.

Though the specifics of next year’s festival haven’t been announced at this time, it looks like the festival will become an annual event in Durbuy. 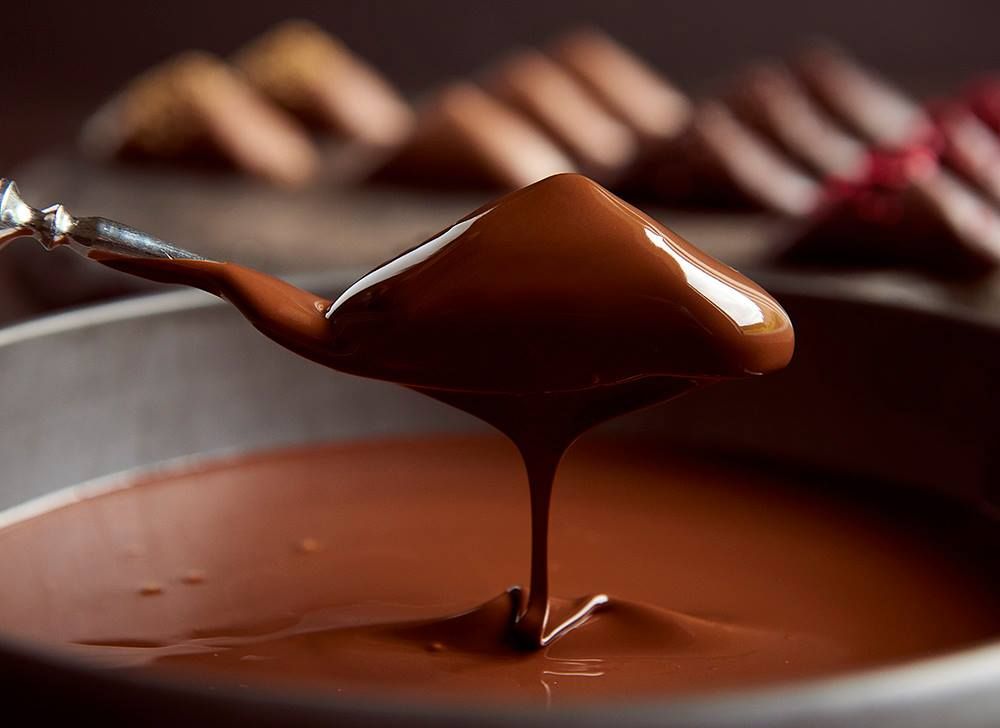 Belgium is known for its innovative chocolate crafters. Founded in 1857, Neuhaus Belgian Chocolate makes chocolate specific to the region, such as the Belgian praline, which differs from what most Americans will recognize as a praline. Invented in 1912 by the original Neuhaus himself, the Belgian praline is a chocolate shell that can be filled with a variety of stuffings such as caramel, fruit, and creams. Neuhaus worked as a pharmacist and the treat was originally invented to hide the taste of bad tasting medicines. 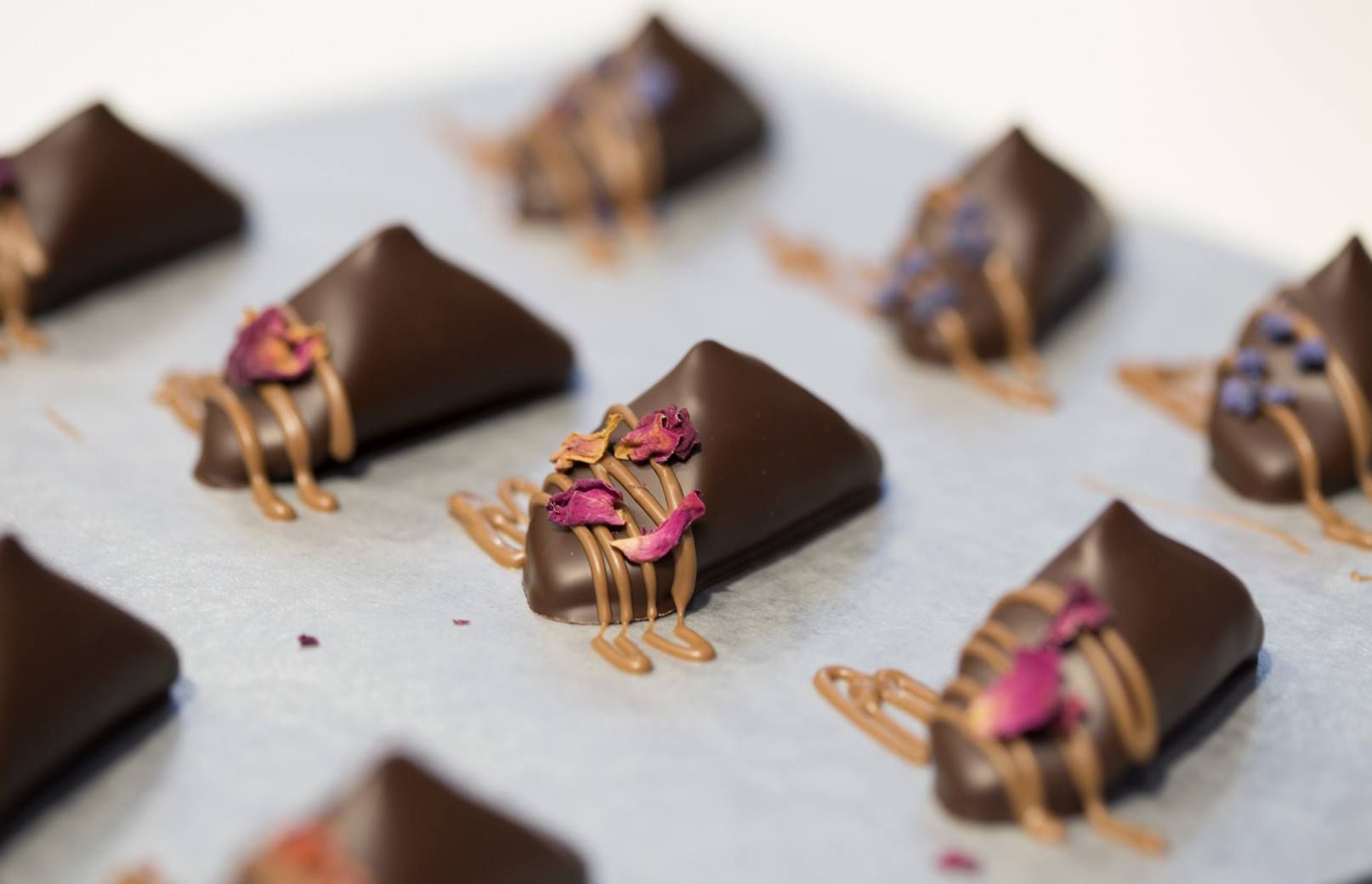 The shop is currently serving up their summer edition line of pralines that are filled with seasonal fruits such as pineapple and lemon. 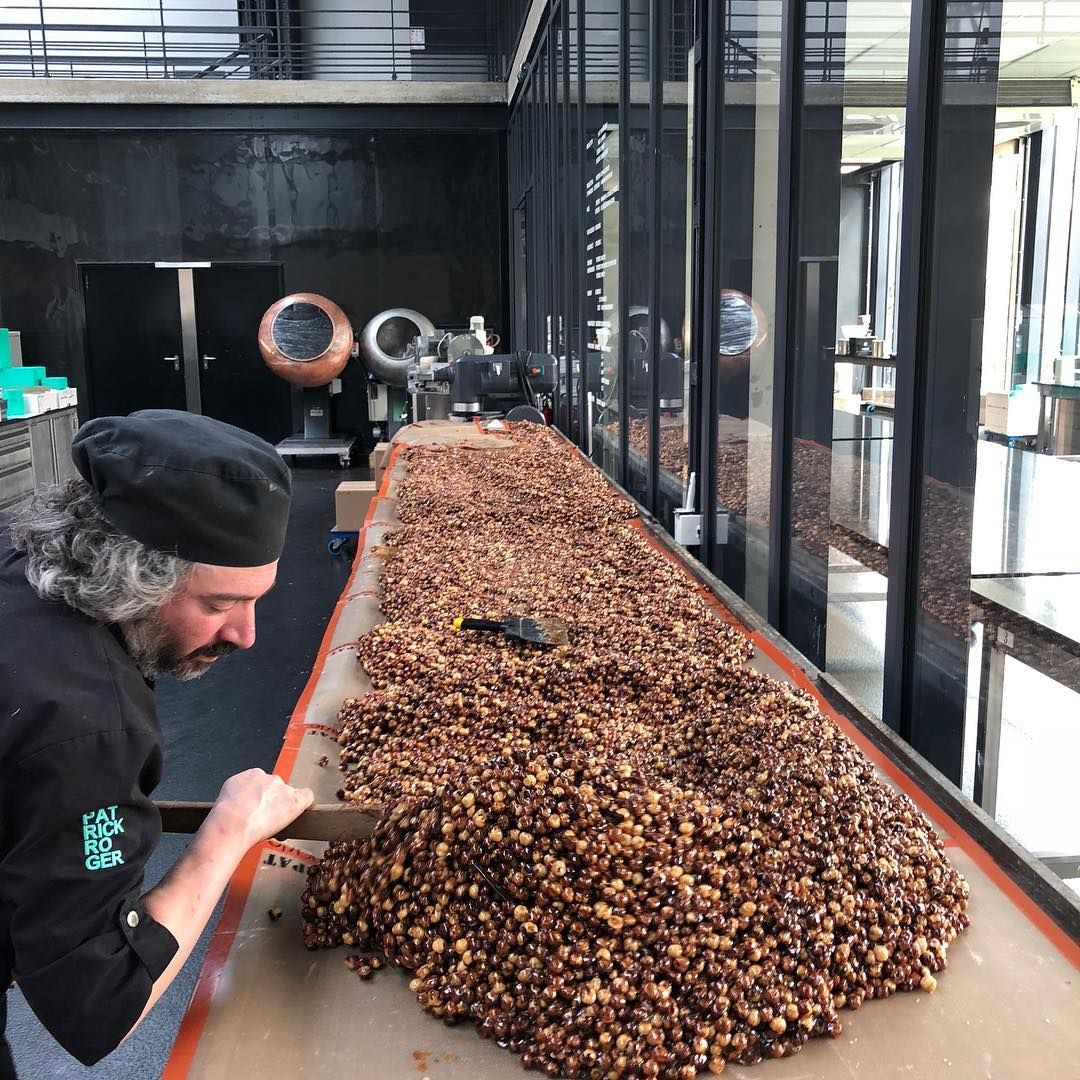 Also located in Brussels, Groovy Chocolate Tour takes visitors on a 2.5-hour walking tour of the surrounding monuments and attractions while stopping along the way in six chocolate shops. The tour narrative includes both historical facts as well as information on each chocolate shop and their unique creations.

Recent stops on the tour included a drop in at the shop of Patrick Rogers, a chocolate artist. His current Easter work featured chocolate sculptures of eggs and chickens. 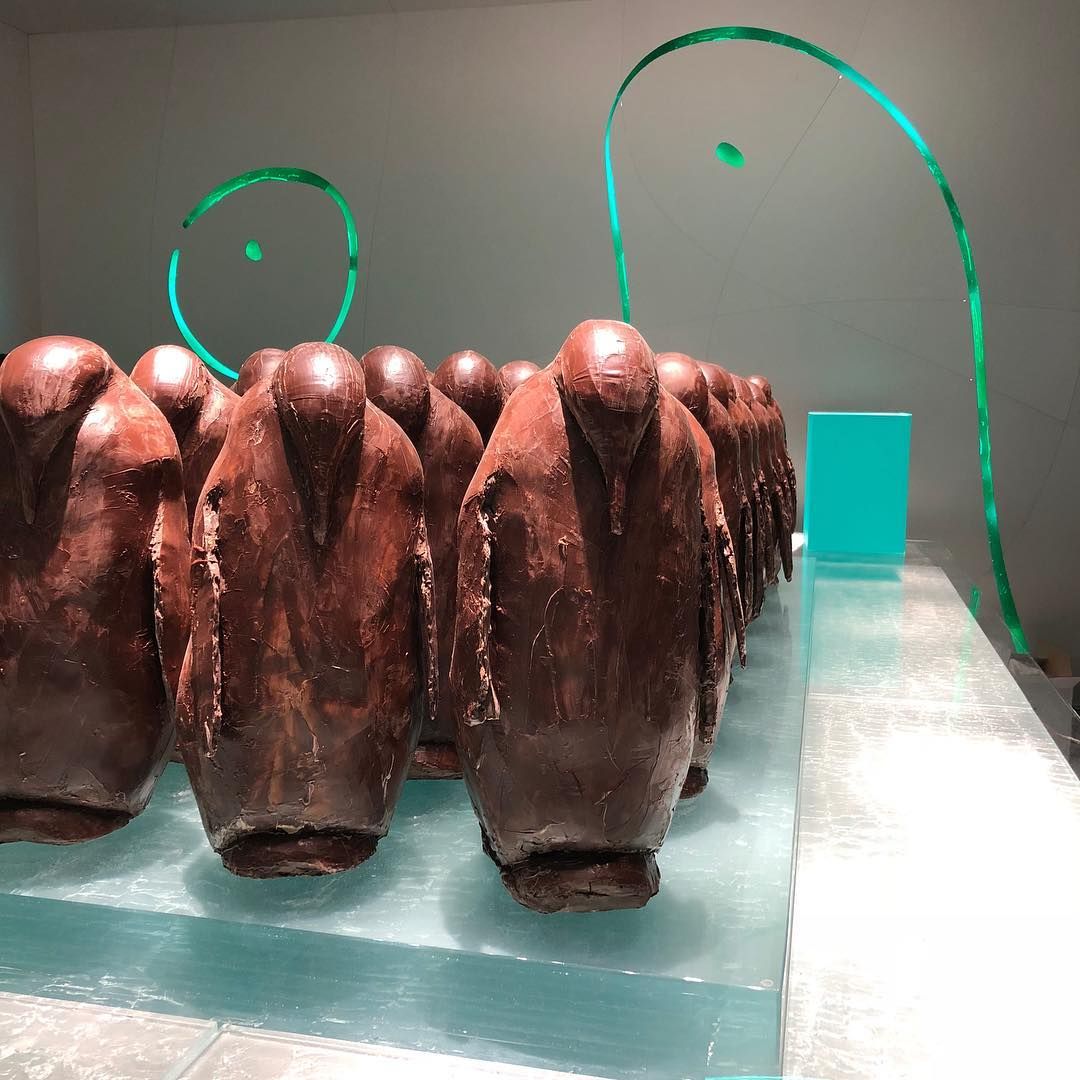 The tour runs every day at 2 PM (excluding Mondays) and costs €39, ($48US) per person which includes the sample chocolates on the route. This company also hosts beer/brewery tours and other walking tours if you something to wash down all that cocoa.

The chocolate is created in-house by the two founding members who specialize in marzipan, nougat, and caramels, as well as over 100 varieties of chocolates. Their cafe also serves decadent desserts like fruit tarts, meringue pie, carrot cake, and brownie pie. 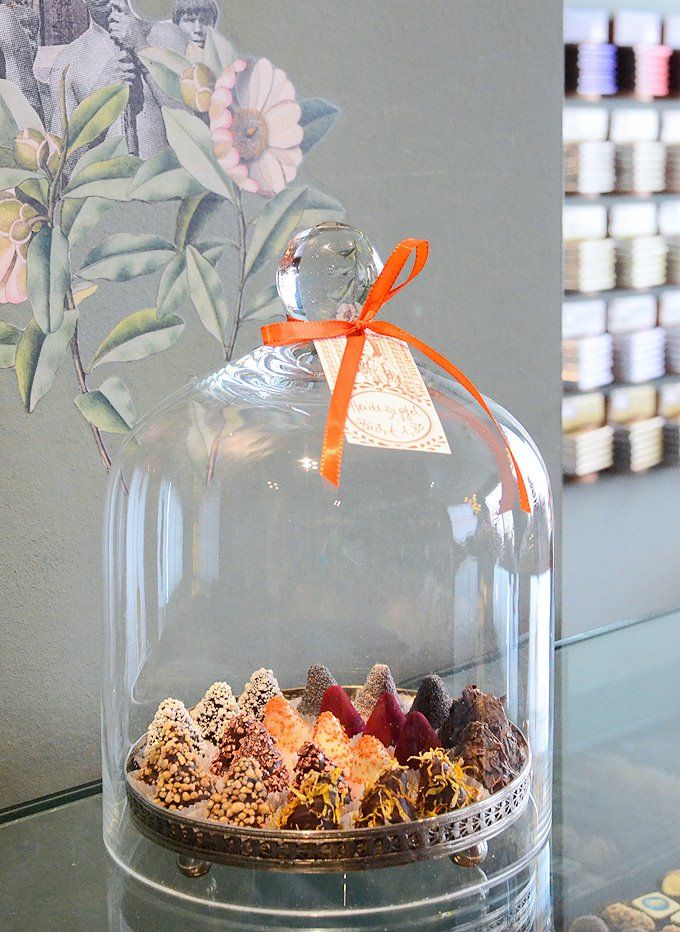 While exploring the area, you will find this shop is close to an iron footbridge over the Main River called the Eiserner Steg. It is also close to Römerberg walking street lined with replicas of historical architecture and a public walking square. 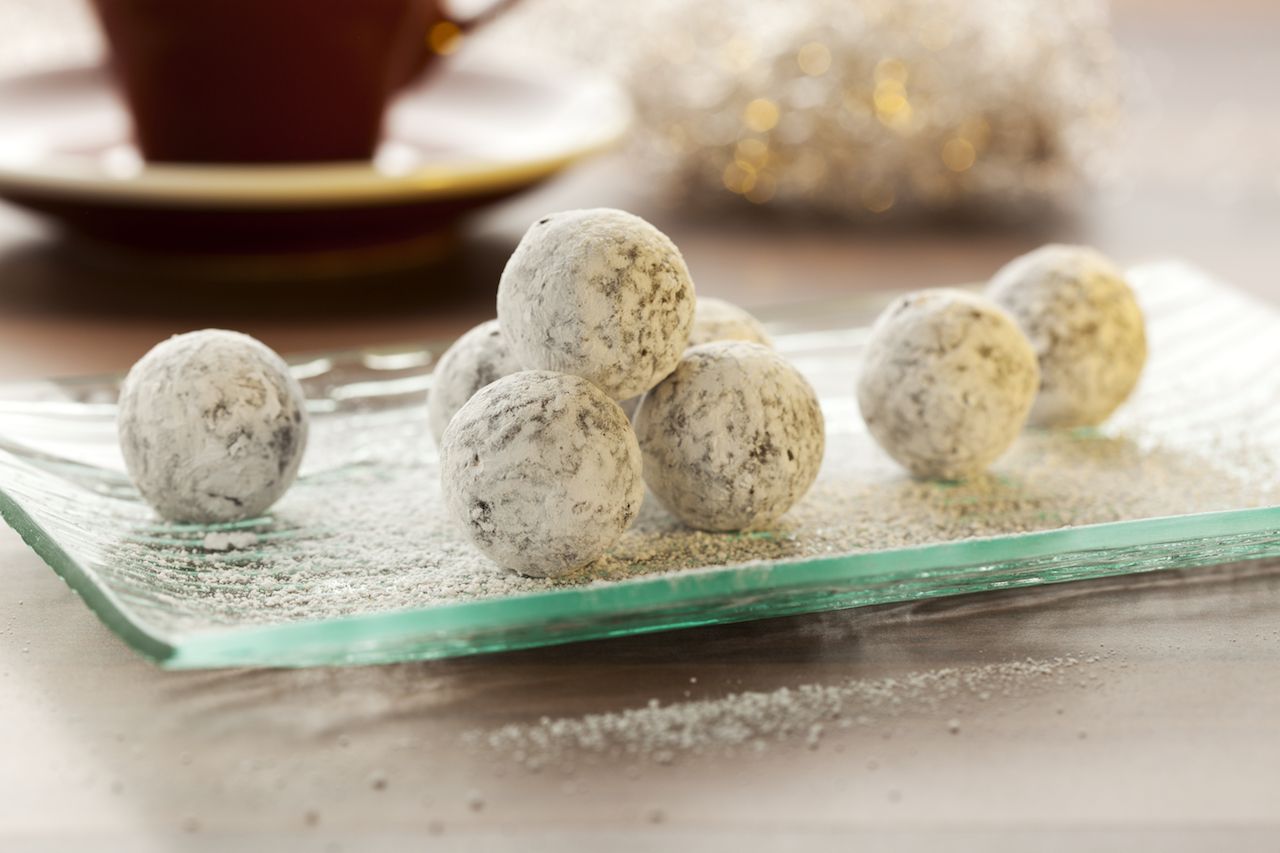 Teuscher chocolate was founded in Switzerland in 1932, and they are consistently named one of the best chocolatiers in the world. The old-school family business specializes in truffle production, and one of their most unique creations in the shop is the Champagne truffle. Invented in 1947 by Teuscher Sr., the truffle is covered in a chocolate and butter casing and filled with Champagne cream. The dark chocolate version is their best seller. These chocolates come at a high price tag, for a chocolate at least, with two Champagne truffles running you about $7 US.

Their creations can be sampled at their other stores in the US, Canada, Germany, Tokyo, Abu Dhabi, and other locations (or ordered online) but nothing beats checking out the real deal at home base. 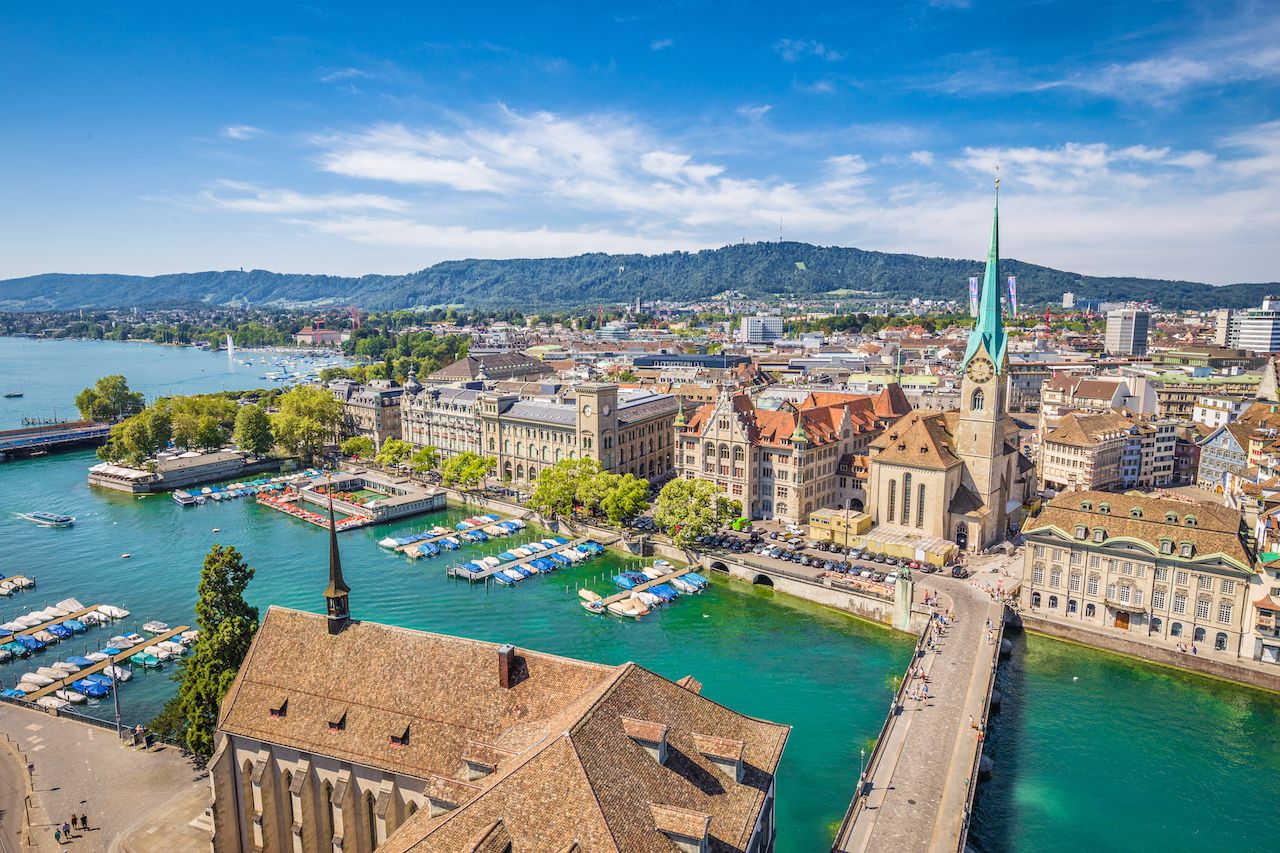 Sweet Zürich Tour is run by a former New Yorker who relocated to Switzerland. Her passion for sharing the best desserts in Zürich with visitors led her to create her own tour company.

The walking tour stops in confection shops all over the city, and along the way highlights some of the famous landmarks in the town. Tours are 2.5 hours long and cost 85 Swiss Francs ($89 US). Call ahead of time to make reservations as there is limited availability. 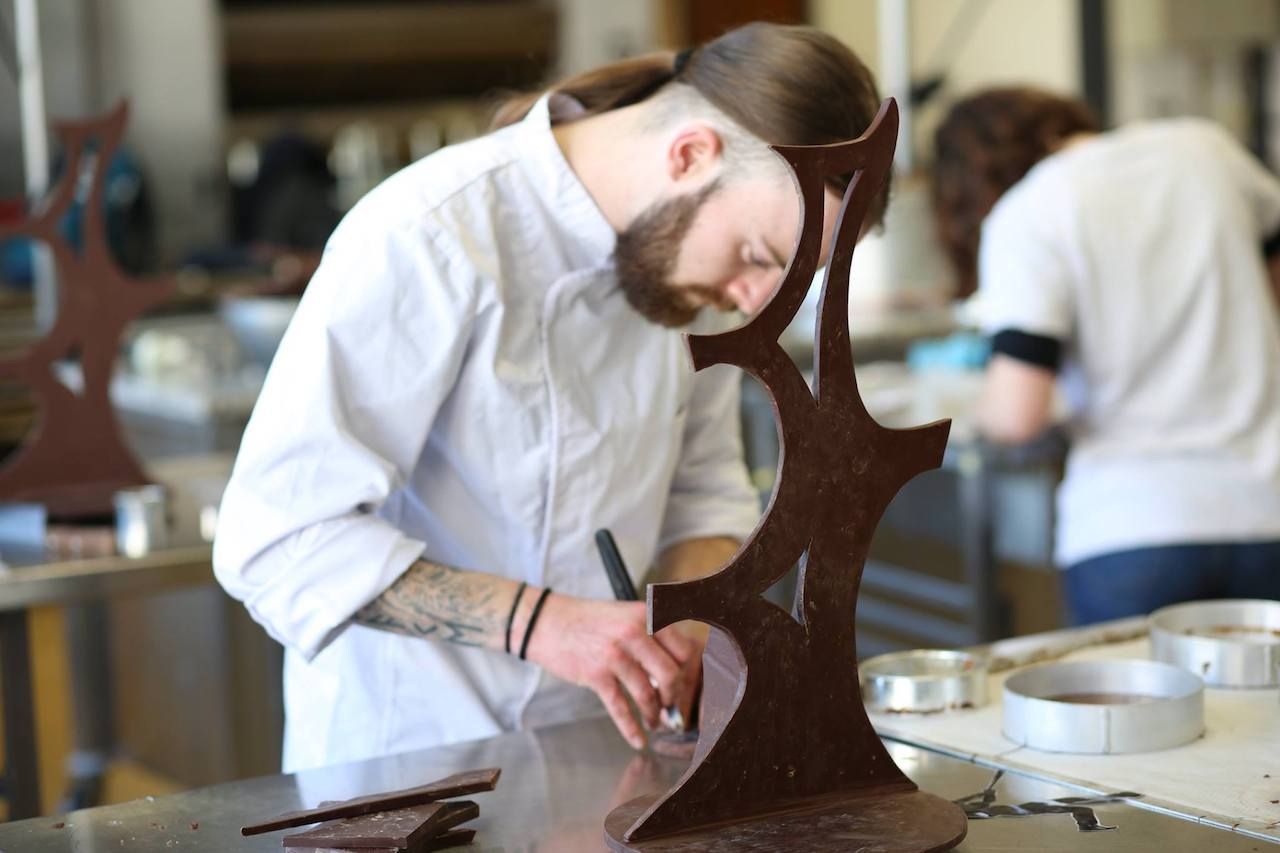 Festichoc, a festival for chocolate lovers, is held in Versoix, Switzerland each year and features over 30 artisans from around the world. The festival is held annually and admission is free.

During the festival you can also tour the nearby Favarger Factory, which was founded in 1826 and is now famous for their Avelines. 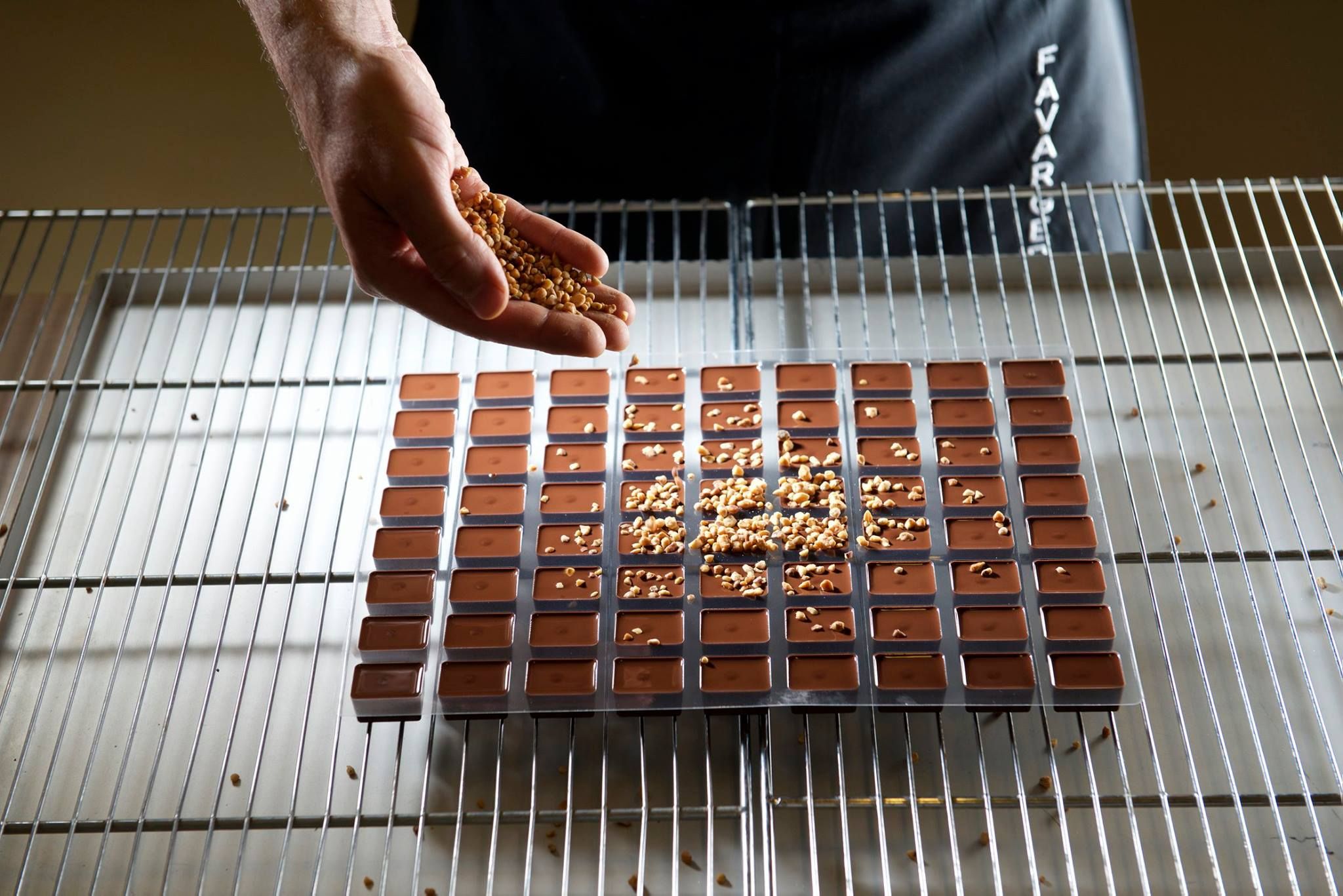 The Avelines, another version of praline, are made from a combination of cocoa, hazelnut, and almond, and were invented in 1922. 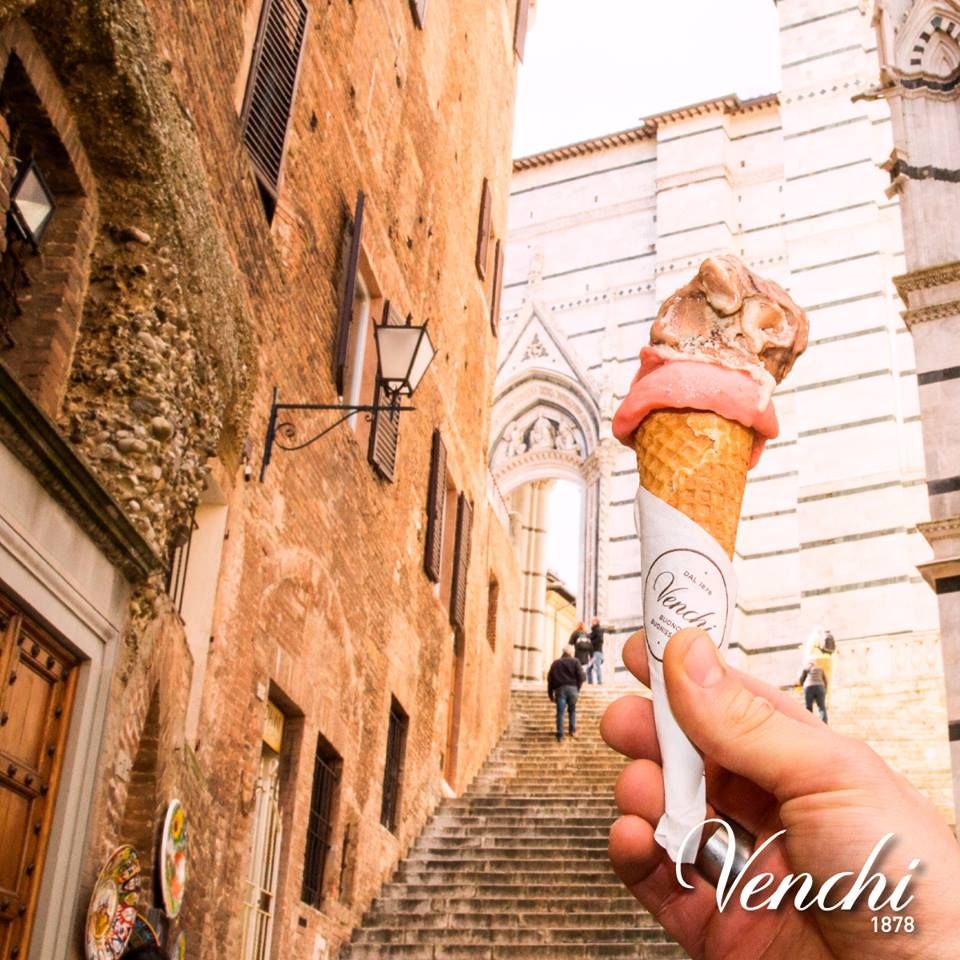 Four hours south is Milan, Italy — home of Venchi Chocolate. Their first shop was opened in 1878 in Turin, Italy by Silviano Venchi. Last year, their chocolate was featured in an art installation in Bologna, Italy. And in 2007 Venchi desserts were selected to be served at the Nobel Peace Prize Banquet in Oslo.

The shop in Milan is known for its use of the Piedmont Hazelnut, which is ground into gianduja and then eaten as a spreadable cream, filling in chocolate, or a nougatine.

In addition to chocolate, the shop’s offers a large selection of house-made gelato. The flavors are creative with mouthwatering descriptions. The gelato also comes in a variety of chocolate flavors with optional toppings.

The shop is near Duomo di Milano, an impressive cathedral which was constructed over a period of 600 years. It sits on a large walking square with seating and beautiful views to enjoy. 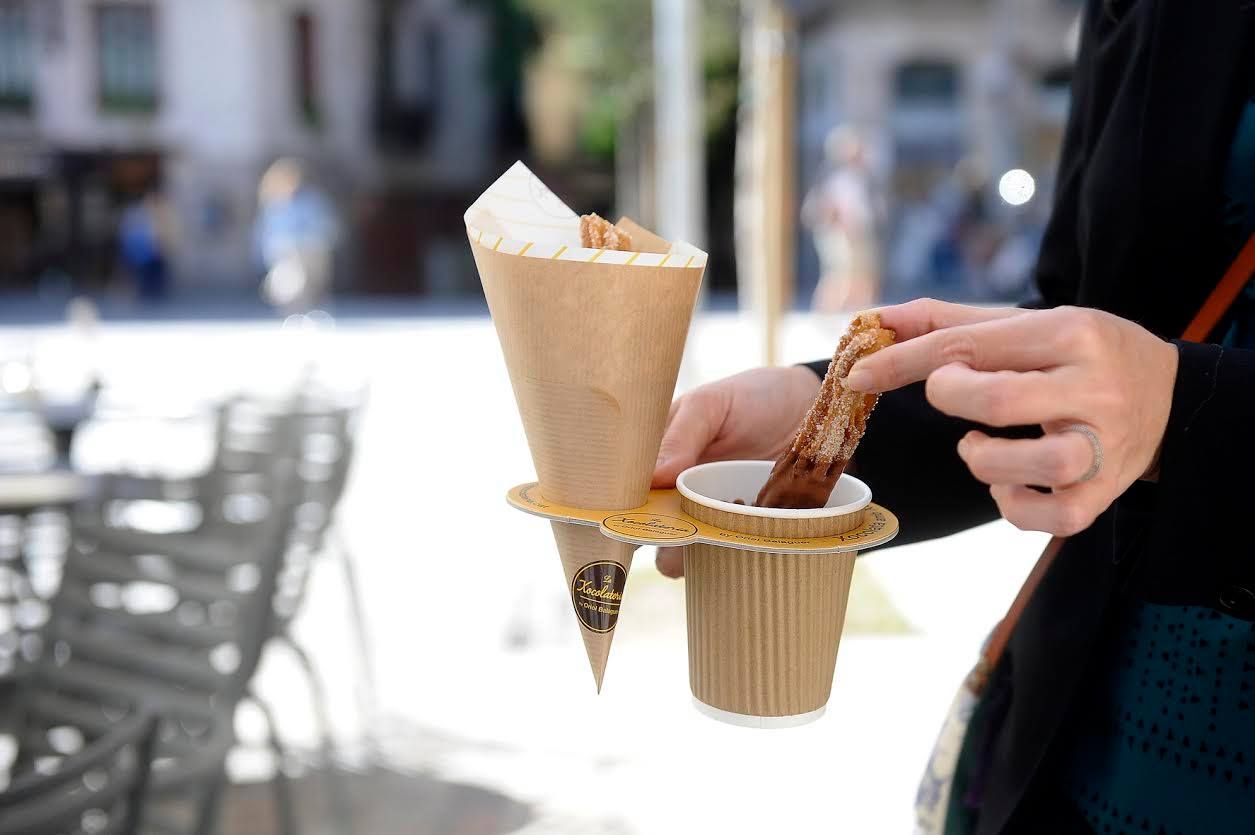 Barcelona, Spain is the home of Oriol Balaguer, a chef with a long list of awards for his mastery of chocolate and pastries. In 2018, he was awarded Grand Prix au Chef Pâtisser 2018 by the International Academy of Gastronomy for his pastries. 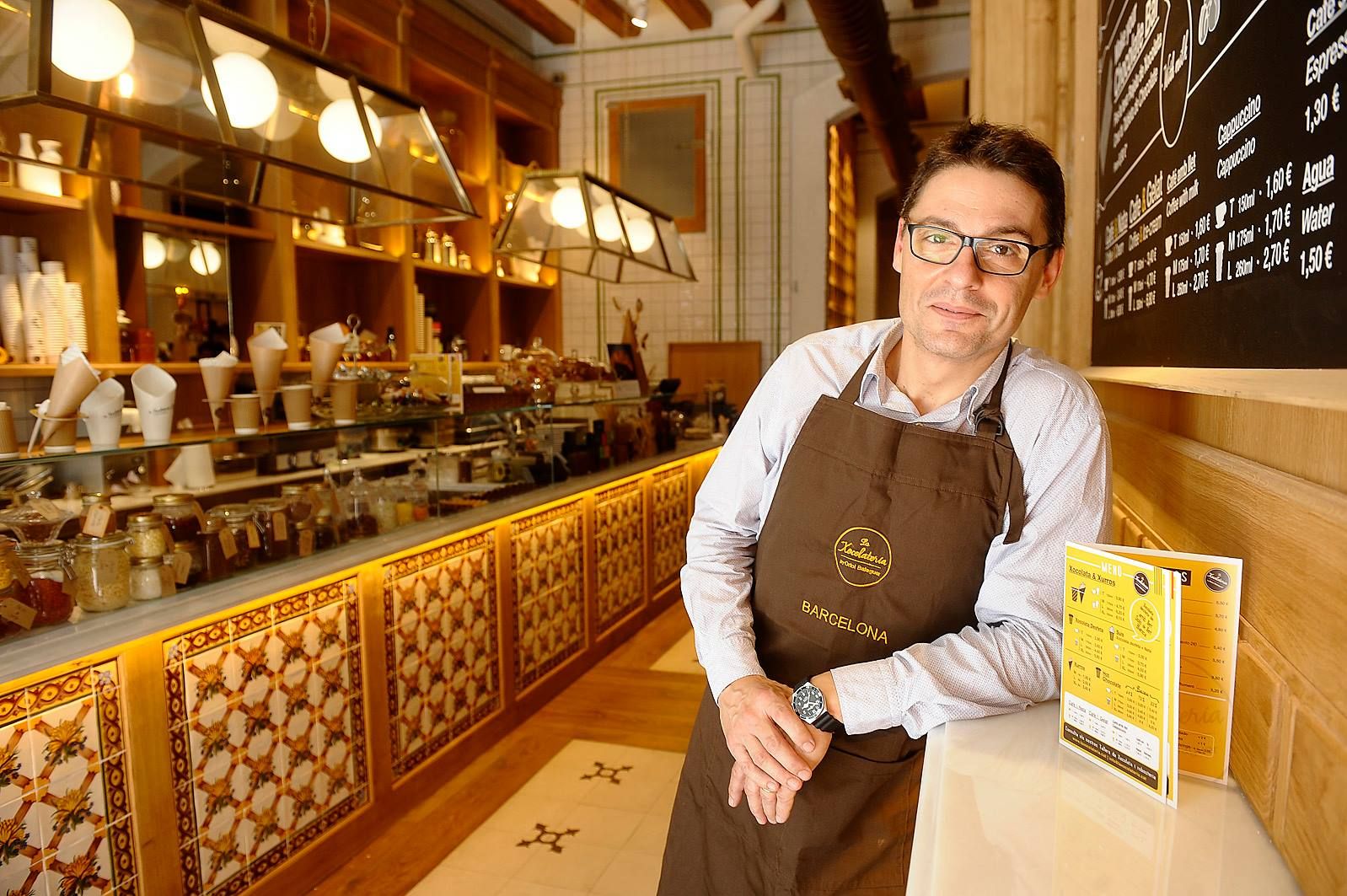 In 2001, his eight-texture chocolate cake won the best dessert in the world. The cake is constructed of biscuit, chocolate mousse, streusel, crunchy chocolate, chocolate glaze, and solid chocolate beans. You can try the cake at several of his shops in Barcelona. He also creates chocolate sculptures and other forms of artwork reminiscent of architecture. 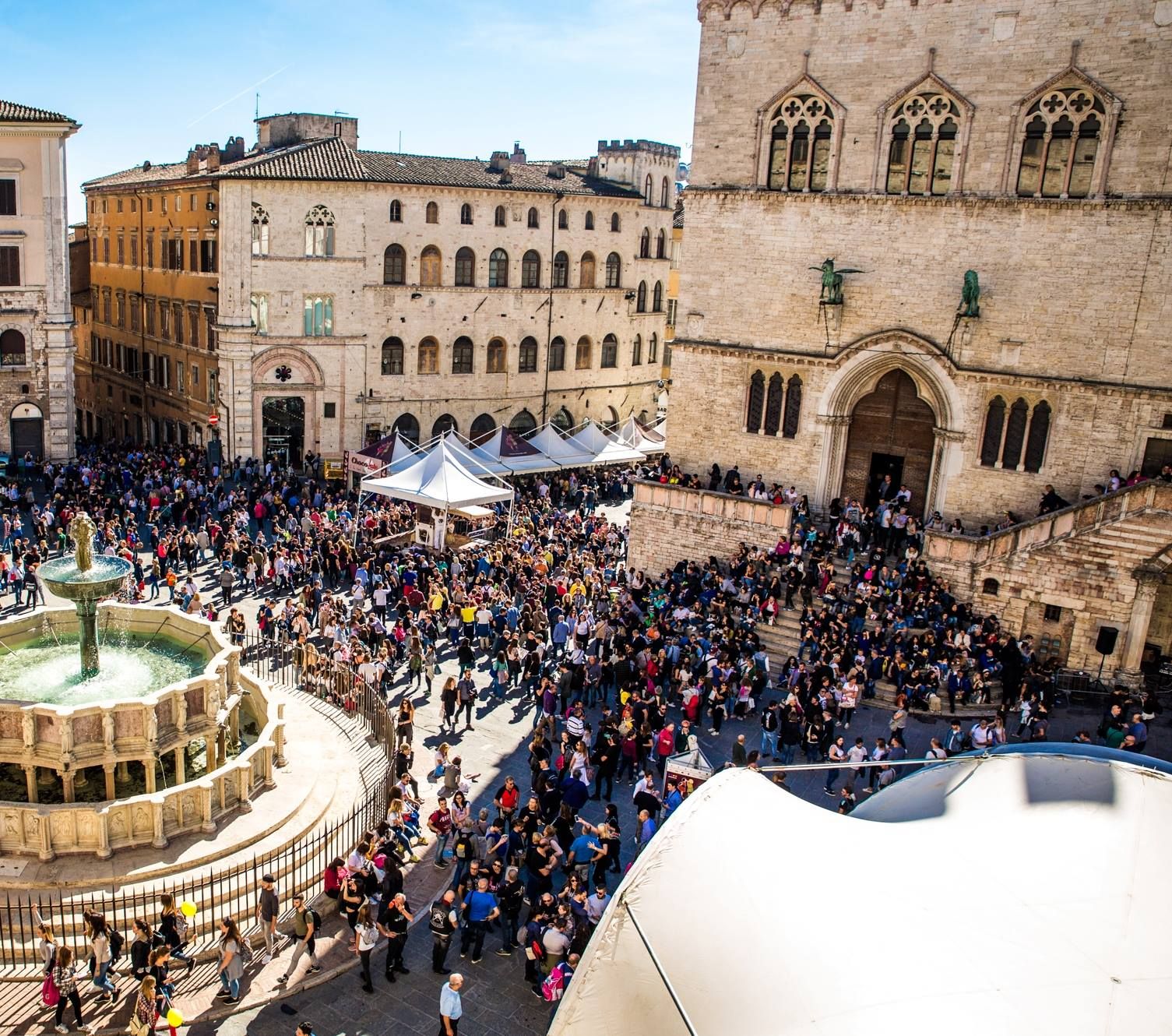 Held in Perugia, Italy each year in mid-October is the festival Eurochocolate. Vendors and chocolate artisans set up booths to host tasting events and to sell their chocolates.

The theme changes each year — 2018 is a circus-themed show. There are new events and presentations each year the festival is held. In 2009, the festival had a climbing wall that resembled a giant bar of chocolate. In 2003, they built the largest chocolate bar in the world at 5,980 kilograms.

The festival is free and takes over the city for nine days in October. It is one of the largest chocolate festivals in the world, drawing a million visitors each year. Additionally, the festival has expanded and now tours with smaller shows in other cities during the year.