Unlike other parts of the Midwest, the Midwestern metropolis of Chicago, Illinois, has been a safe space for the LGBTQ community for nearly a century. In the 1920s, the Towertown neighborhood of the city became the first queer hub in the Midwest, boasting a number of LGBTQ nightlife staples in a country that still had yet to acknowledge the civil rights of queer people. Decades later, in 1961, Illinois became the first state in the US to repeal its sodomy law, paving way for the civil rights movement that unfolded in the decades that followed. Not only that but during the latter portion of the 20th century, it was through this persistent desire for LGBTQ equality that Chicago came to be known as one of the most accepting cities in the country.

Now, decades after the state of Illinois reversed its sodomy laws that discriminated against the community, its largest city has erected a number of queer institutions that promote the well-being of queer people. Though the queer-friendly neighborhood of Towertown no longer exists, it was quickly replaced by Boystown, a district of Chicago that proves to be incredibly welcoming with its wide array of queer owned and operated businesses. Outside of Boystown, many other local businesses cater specifically to the queer community, like Roscoe’s Tavern and iconic LGBTQ theater, Pride Arts Center. Even if visitors happen to venture to parts of the city that aren’t designated safe spaces for queer people, there is still an overwhelming feeling of comfort in the Windy City. So, to guide your Chicago travels, we’ve uncovered the best and brightest places to visit to get a true taste of the special culture that resides in this Midwestern queer capital. 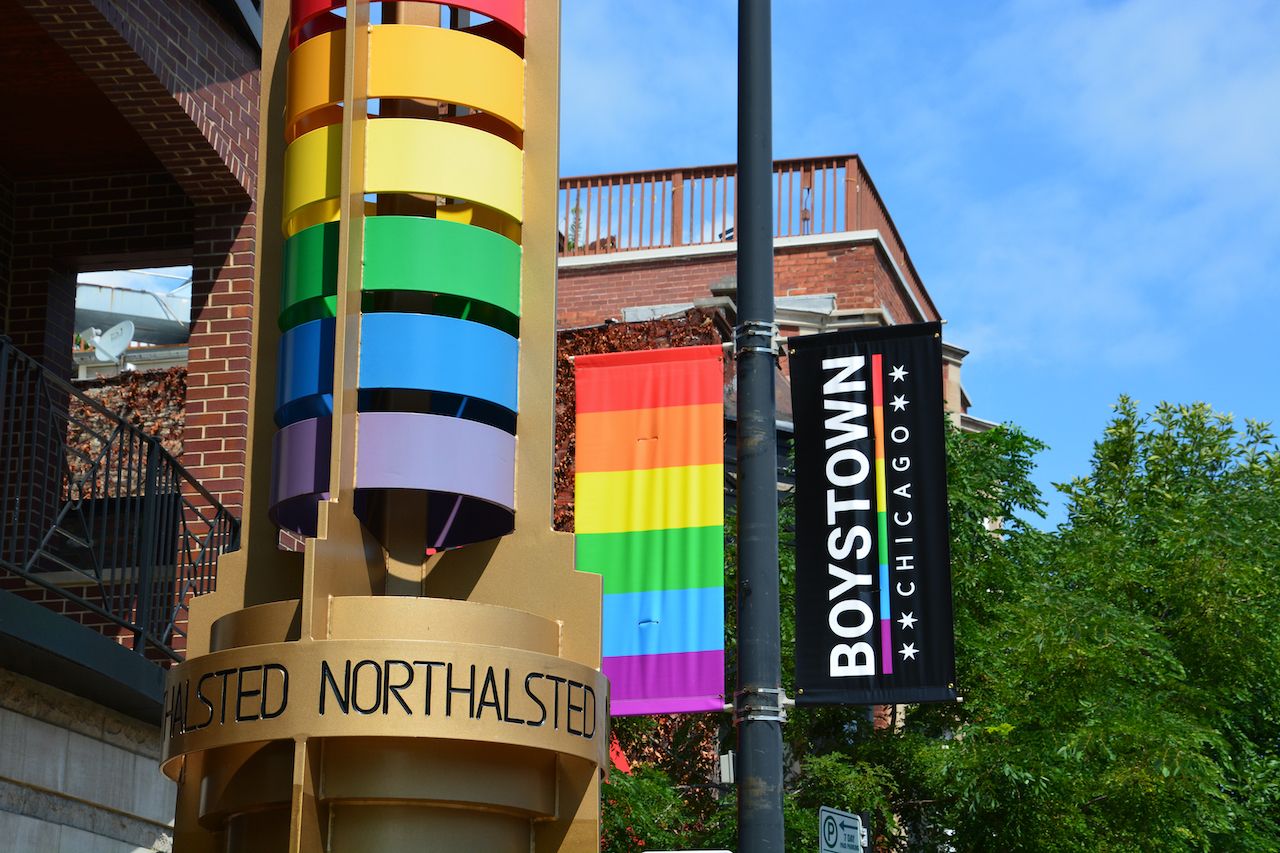 Located in East Lakeview, the LGBTQ-inclusive neighborhood of Boystown is the oldest officially recognized gay community in the United States. If you’re only visiting Chicago for a few hours, Boystown can be a one-stop destination for queer-friendly businesses and events. Whether you’re visiting the only outdoor LGBTQ history museum in the world, the Legacy Walk, or you’re getting to know the locals in gay bar staples like the Kit Kat Lounge & Supper Club, Boystown is an essential stop. 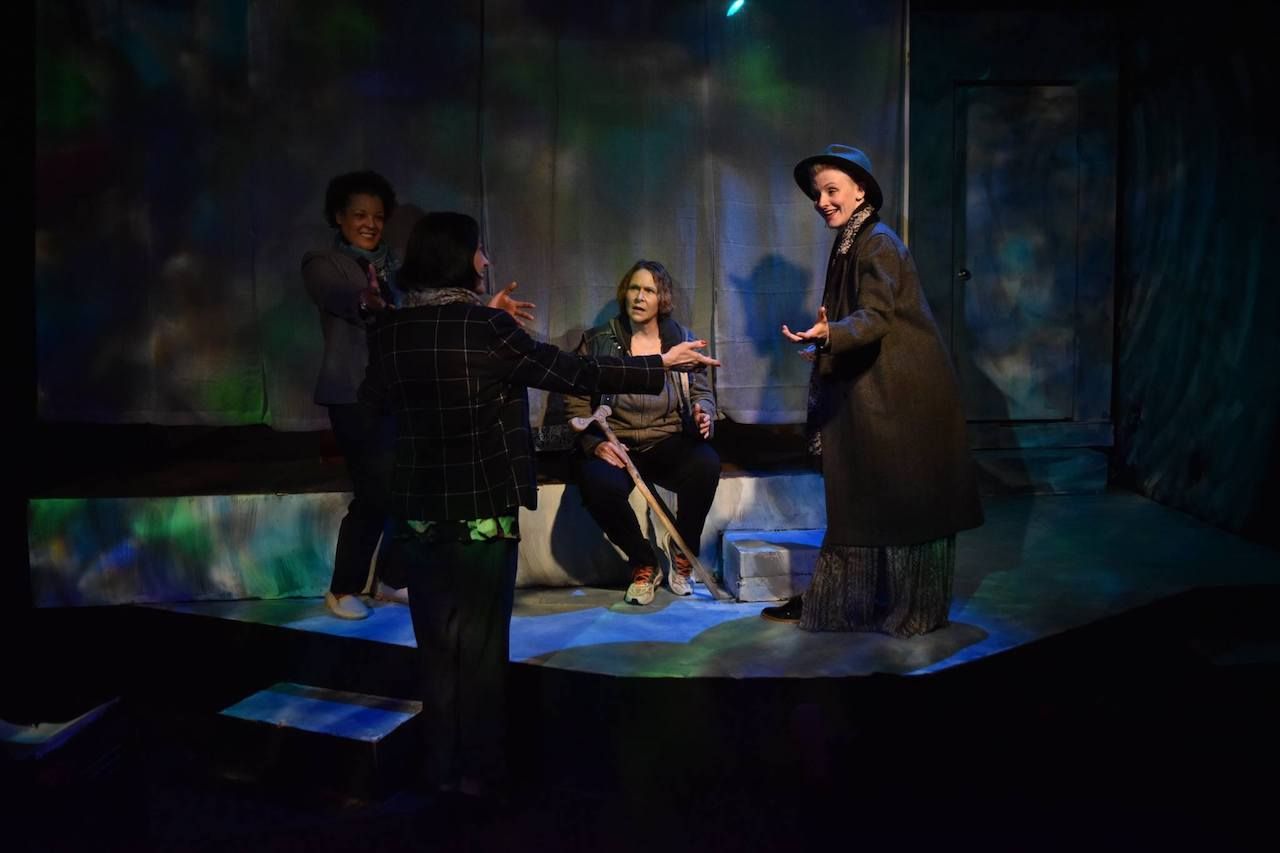 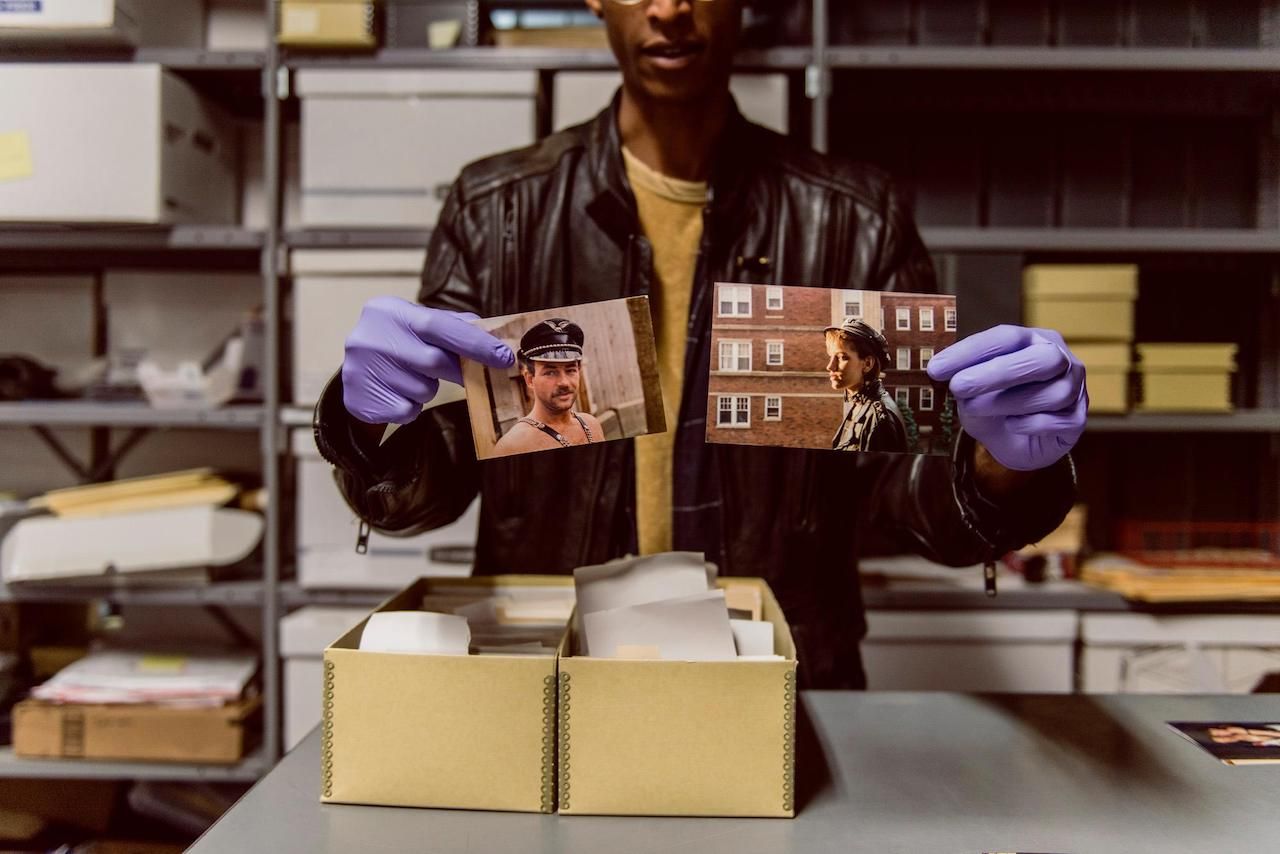 For those tourists who crave a more nuanced view of Chicago, the Leather Archives & Museum delves into a hidden society of the city — the leather and kink communities. The museum has preserved the history of the leather, fetishism, sadomasochism, and alternative sexual communities of Chicago and beyond through archives, exhibits, and reading materials. Even if this sounds beyond your wheelhouse, every visitor can benefit from a visit to this museum that has worked diligently to preserve the history of the queer community.

If you only have time to visit a few queer staples in Chicago, be sure to make at least one of them the Legacy Walk. Visitors to the outdoor museum enjoy a historical tour of the various LGBTQ monuments memorializing queer heroes and events that have helped shape the past, present, and future of LGBTQ life in Chicago. Aside from getting a taste of history, visitors will also have a chance to check out the surrounding friendly neighborhood of Boystown. 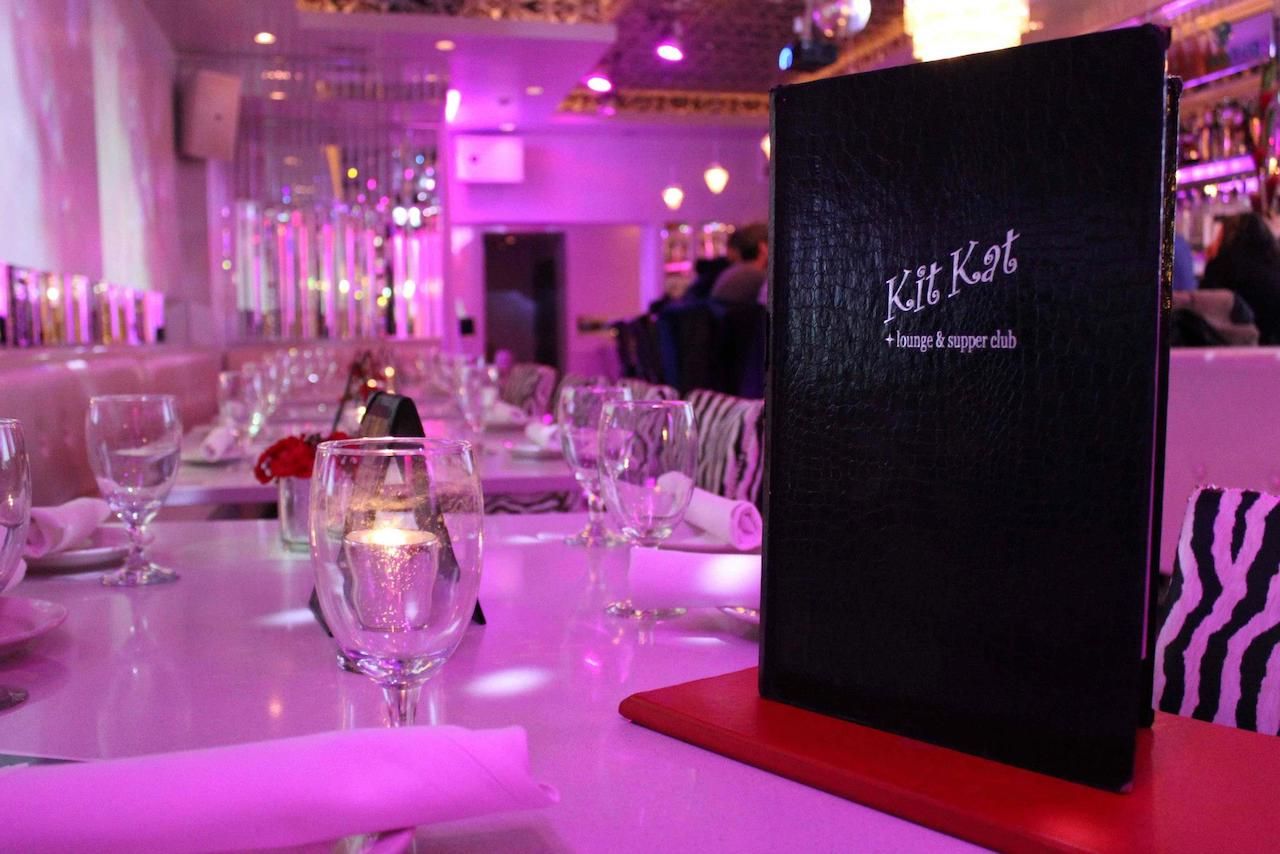 With an impressive martini list and roster of iconic diva drag shows, the Kit Kat Lounge & Supper Club is one of the best places to go for an entertaining cabaret or drag show. Aside from hosting one of the most iconic tableside theatrical performances in Chicago, it also has hosted a number of locally and nationally renowned drag queens, like Sunny Dee-Lite and Shantell D’Marco. Visitors to this Chicago staple can catch one of the many shows that take place at the venue every night of the week in 20-minute increments.

As it turns out, the Chicago installation of the popular chain Hamburger Mary’s is just as popular in the Windy City as it is in other locations around the country. Located in Andersonville, another queer-friendly neighborhood in Chicago, Hamburger Mary’s is an incredibly popular nightlife institution within the LGBTQ community. On any night of the week, visitors to Hamburger’s Mary can expect to play a game of bingo, belt out a few tunes during an open mic session, enjoy a drag show, or watch a viewing of RuPaul’s Drag Race. No matter what night you come to Hamburger’s Mary, it’s safe to assume that you can expect a good time. 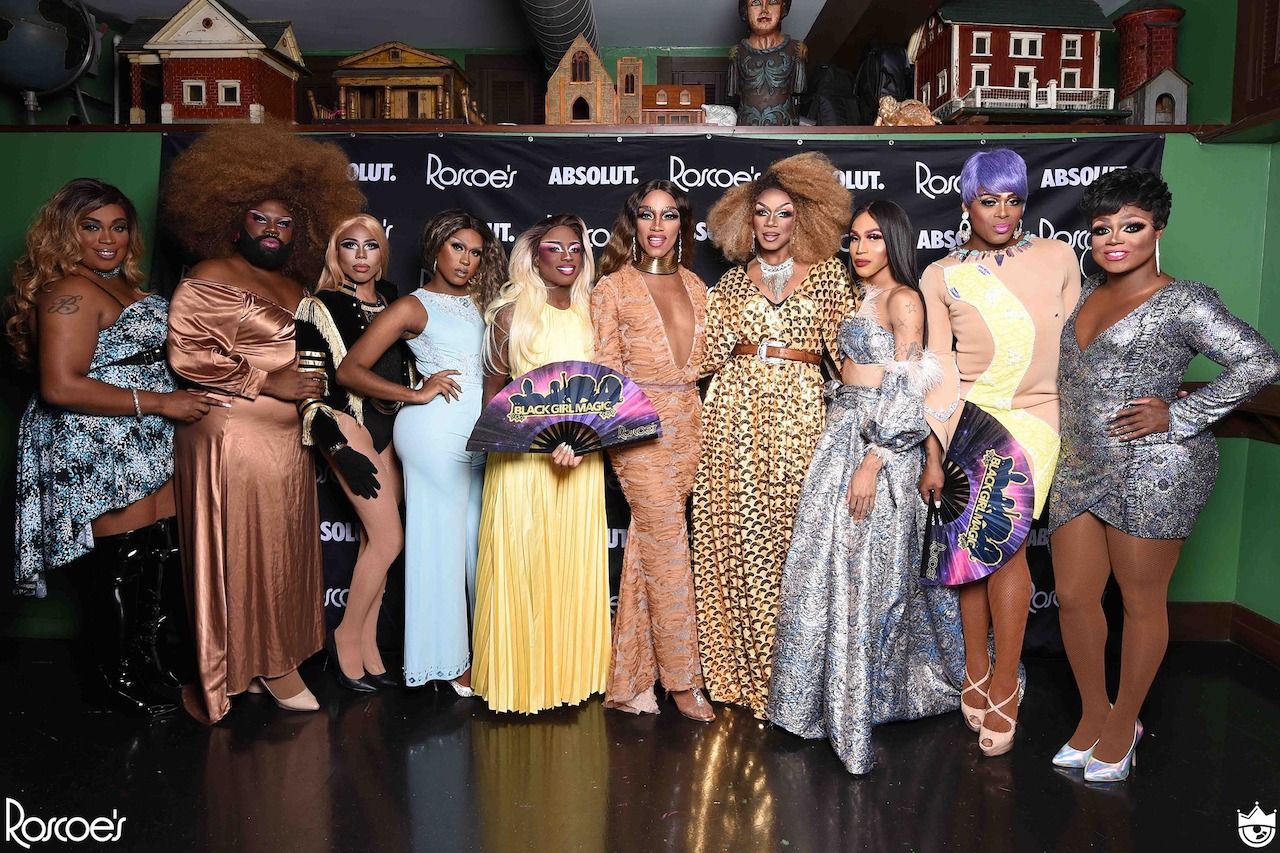 After a long day of sightseeing, head to Roscoe’s Tavern, a long-standing gay bar in Boystown. If you’re seeking a raucous queer-friendly night, Roscoe’s Tavern delivers with its enduring mix of DJ-fueled dance parties, dueling pianos, karaoke nights, delicious food, and amateur drag shows. In other words: Every single thing a queer visitor desires in a night out on the town.

For five decades, the Baton Show Lounge, located in the Uptown part of Chicago, has been a favorite among queer and heterosexual locals and tourists. At least in Chicago, the Baton Show Lounge is the holy grail of drag entertainment, featuring prestigious drag queens like Natasha Douglas, Shantell D’Marco, Angel Saez, Sheri Payne, and Demi Sexton. Not only that, but if you find yourself thoroughly enjoying a drag show at this venue, you’ll be in good company — the Baton Show Lounge’s previous clientele includes the likes of Joan Crawford, Joan Rivers, and Madonna. 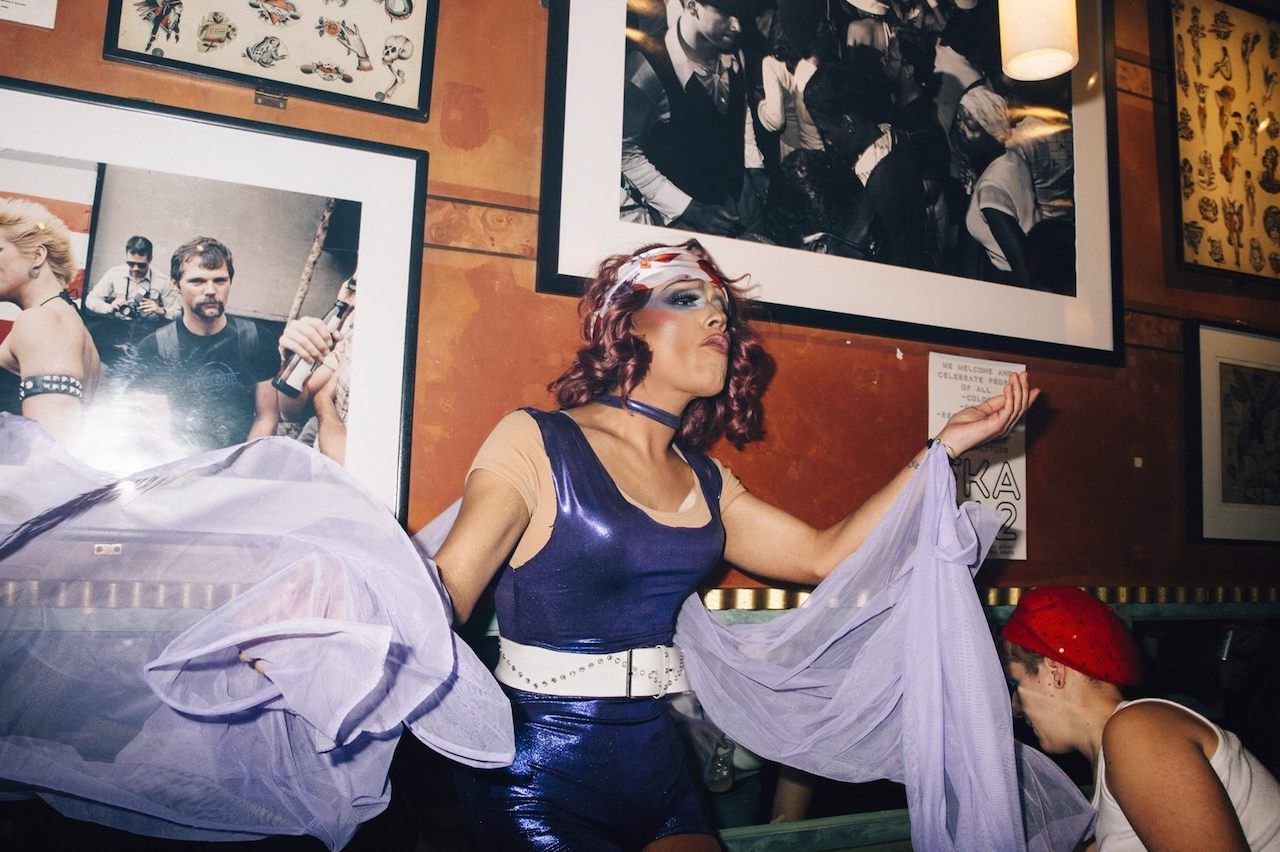 For those hoping to chat with locals, a trip to the lesbian-owned Big Chicks bar is a great first step. Even during the weekend rush, Big Chicks bar provides an intimate and friendly ambiance with its great food, signature cocktails, and a dance floor brimming with a wide representation of the community. 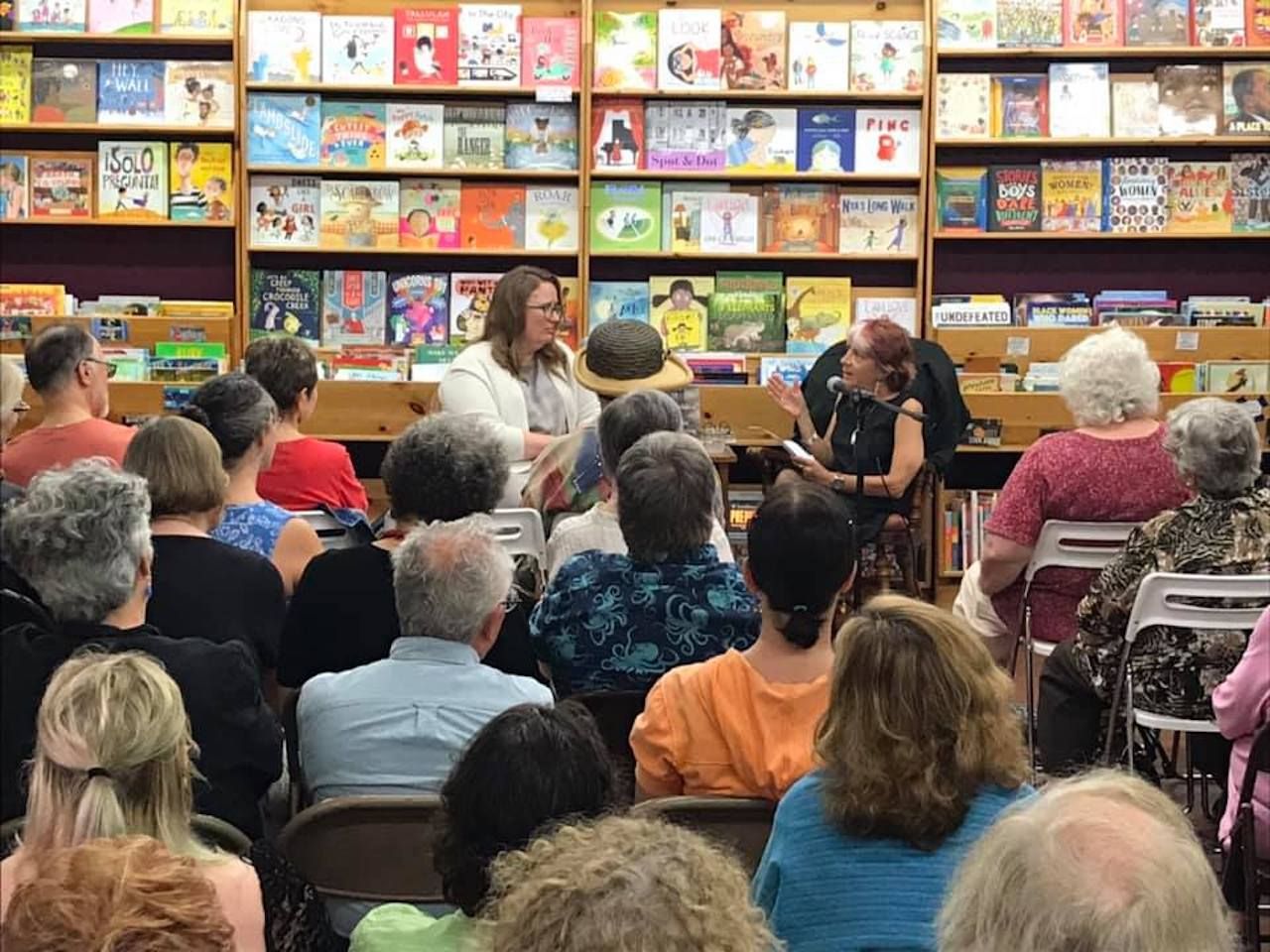 Before Portlandia shed light on the underground world of feminist bookstores, the Women & Children First bookstore in Andersonville hosted a number of rare books penned by females and the LGBTQ community. In total, the bookstore contains at least 30,000 books and, as the name suggests, the store also hosts a small collection of children’s books. Be sure to check its homepage for events.

With three locations across Chicago, the Brown Elephant Resale Shop is an important (and stylish) LGBTQ staple in the city. The boutique offers an array of vintage goods, from antique home goods to retro bell-bottoms. Even if vintage goods aren’t your speed, spending your hard-earned money at the Brown Elephant Resale Shop is a worthy endeavor, as all of the proceeds from the store benefit LGBTQ healthcare for the uninsured. 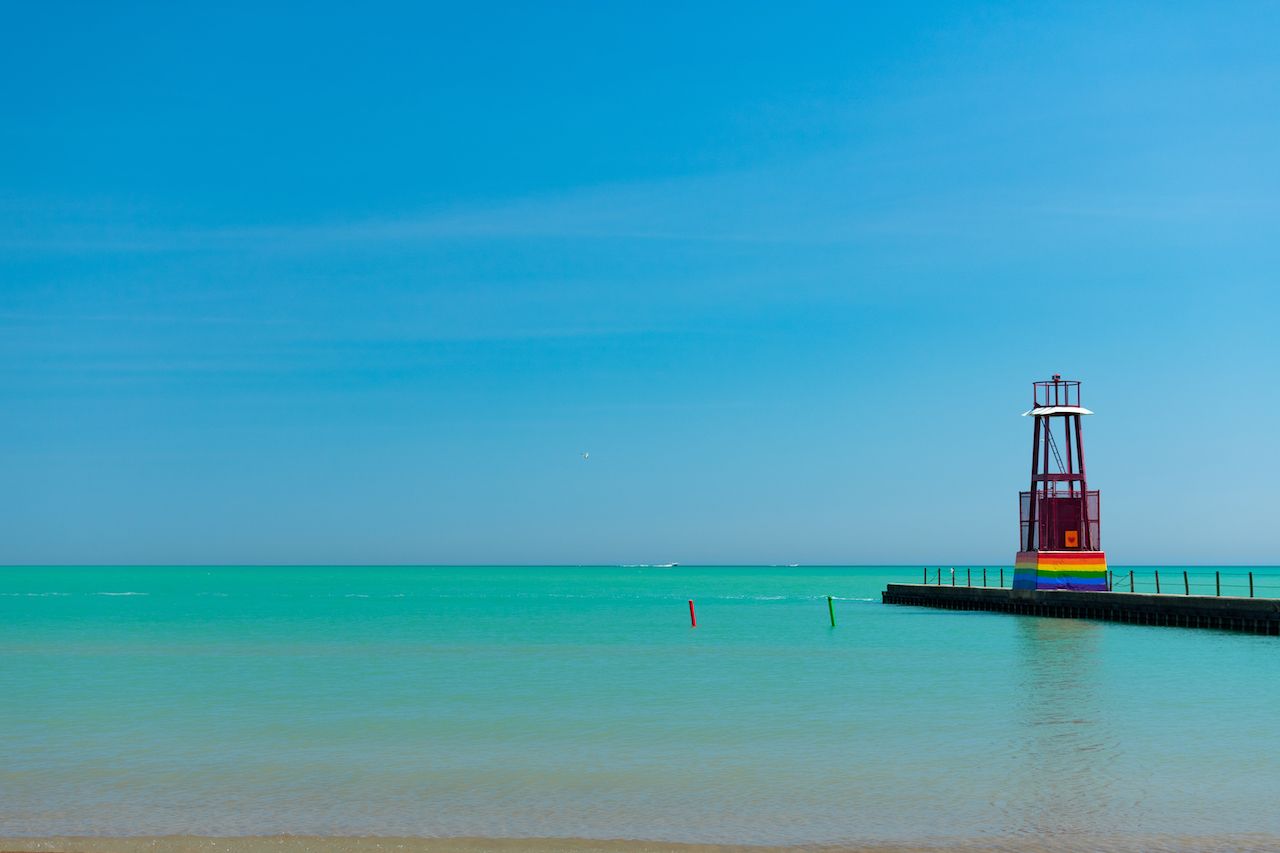 Though it isn’t a designated safe space for the queer community, Kathy Osterman Beach is the most queer-friendly beach in the Midwest. Aside from being a beautiful LGBTQ-friendly beach, the area offers visitors and locals a chance to dive into nearby idyllic lakes, bars, and games of beach volleyball.

While not a designated safe space for queer individuals, SIR Spa is an LGBTQ-friendly spa in Andersonville. Though its services are available to men, women, and couples, the spa is known for its services specifically intended for men. Visitors to SIR Spa can expect a wide array of available services, from waxing to facials to body treatments. And for those wishing to be truly pampered during their trip to Chicago, the spa offers all-day spa packages that prove to be a very romantic date option in the heart of the city.

For those gay men who are on the prowl for their next partner, Steamworks Baths is the perfect destination for the single and ready to mingle. The popular bathhouse features a gym, sauna, bathhouse, and private rooms for VIP members. Daily entrance to the bathhouse is incredibly affordable at only $8 for non-VIP clients. On certain occasions, the bathhouse festivities are made even sweeter with in-house DJs and themed parties. 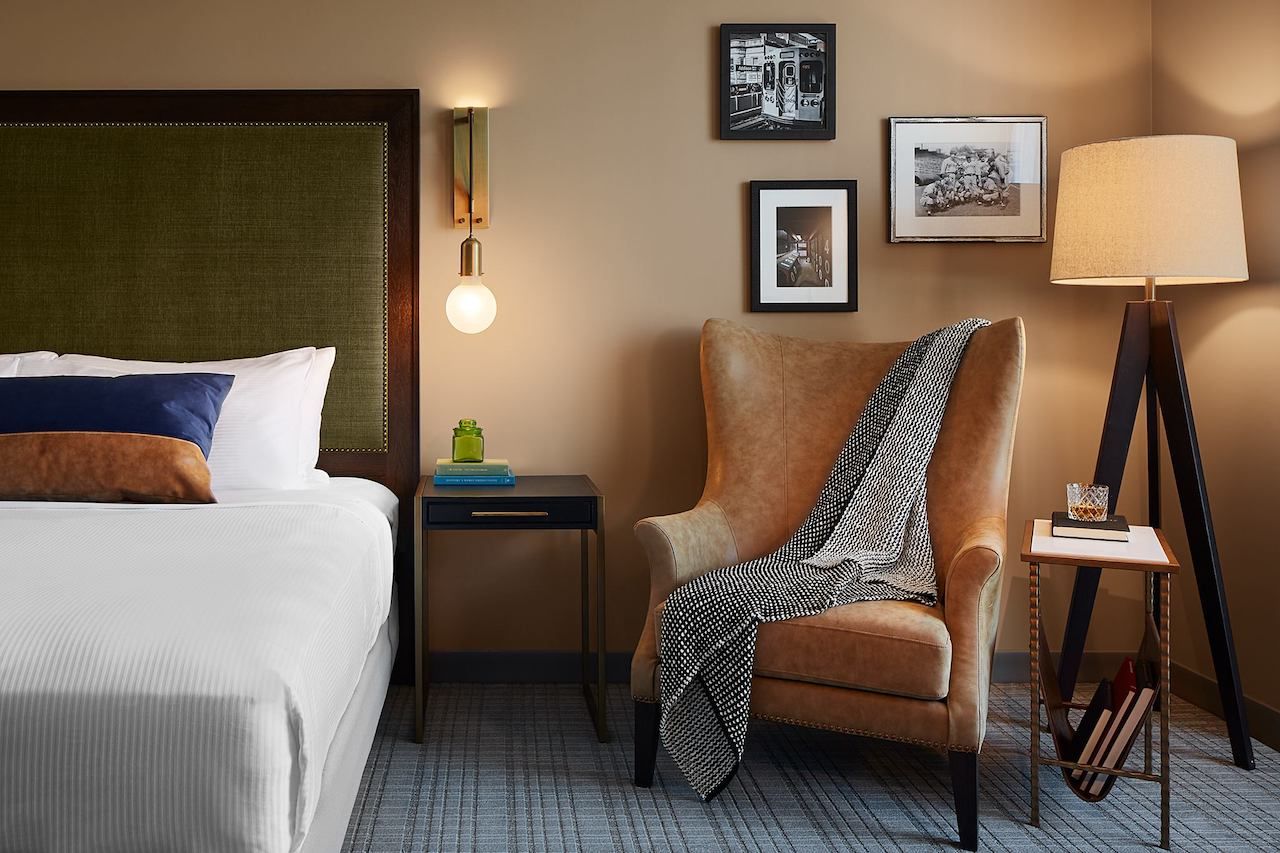 Within walking distance of Boystown is Hotel Zachary, a charming and modern space that is popular among LGBTQ travelers. The boutique hotel, inspired by famed architect and local legend Zachary Taylor Davis, rests in the center of the iconic Lakeview neighborhood, offering stunning views of the city. Hotel Zachary is the perfect option for those who enjoy being in the center of the action, as it is surrounded by a number of restaurants, bars, and shops.

For those venturing to Chicago on a budget, the Wrigley Hostel is worth every precious penny. This queer-friendly establishment is by Wrigley Field, and allows visitors to become better acquainted with other travelers and locals who traverse the restaurants, bars, and shops located within walking distance of the hostel. Aside from offering no-frills budget quarters, the Wrigley Hostel boasts daily free meals and a recreation area where guests can play pool and darts.

The ultimate guide to Chicago, Illinois
Tagged
LGBTQ Travel Chicago, IL, United States
What did you think of this story?
Meh
Good
Awesome