Of the five taste categories humans perceive, umami is far and away the least understood by most people. We’re familiar with salt and all of its various forms, and sweet and sour are givens. Bitterness is either loved or hated, but always known. But umami, with all of its mouth-watering savory goodness, is still a relatively vague concept even as the world devours and adores the most umami-rich cuisines.

“All food cultures have their own umami taste,” said Jaume Biarnés Digón, director and chef at the Yondu Culinary Studio, a cooking school you can visit that’s run by the natural umami brand Yondu. “When it comes to American cuisine, a grilled beef hamburger is an example of an umami bomb. I think the question is who has the best plant-based umami? Korea, China, and Japan are definitely the champions. Italy and Spain deserve a special mention, though, for their usage of tomato, the king of umami-rich veggies.”

This integral part of cuisine only started to be really understood in the early 1900s. In 1908, a Japanese professor named Kikunae Ikeda isolated an amino acid called glutamate from kombu seaweed. He called it umami, which loosely translates to “pleasant savory taste” or, more simply, “yummy.” One of the people who studied with Ikeda, Shintaro Kodama, found the chemical compound inosinate in dried bonito flakes in 1913, and in 1957, Akira Kuninaka, working with Yamasa Shoyu Research Laboratories, identified guanylate, a nucleotide responsible for the umami flavor of shiitake mushrooms.

The three can be found in various quantities in meat, fish, and vegetables. Glutamate is one of the most prevalent amino acids in protein, so, in general, high-protein foods have more of an umami flavor. Eating glutamate, inosinate, and guanylate makes our body think we’ve consumed protein (even if we’ve only eaten an additive), making everything taste ridiculously better and kickstarting our salivary glands.

“We all seek out umami every day without noticing it,” Digón said. “It is what makes things delicious and our body identifies it biologically as the taste of protein. That’s the reason Korean cuisine has become a thing in the Western countries and why Chinese and Japanese restaurants are already part of our culinary landscape.”

Humans learn to appreciate umami literally from day one. Breast milk contains loads of glutamate, as does amniotic fluid. We seek it out later in life as well, usually without even knowing. The Umami Information Center has a list of the most umami-rich foods. Topping the list are tomatoes (especially dried tomatoes), Parmigiano cheese, anchovies, cured ham, seaweed, mushrooms, and cultured and fermented foods (especially cheese and soy, fish, and Worcestershire sauces).

Despite all of these delicious foods, there’s one major misconception that damages the reputation of umami in the US: monosodium glutamate, better known as MSG. It’s simply a crystallized version of glutamate that can be easily added to food. Due to a racist letter published in the New England Journal of Medicine in 1968, however, MSG became shorthand for bad and cheap Chinese food. The letter came from a doctor who blamed pain and heart palpitations on MSG-rich Chinese food. That led to “Chinese Restaurant Syndrome,” an entirely made up disease that’s still so prevalent today that celebrity chef David Chang dedicated a segment of his show Ugly Delicious to debunking it. Very few people have an actual reaction to MSG. In short: Don’t shy away from umami-rich foods or MSG. It’s a flavor enhancer that elevates even the most simple dishes.

And while there’s nothing wrong with MSG, there are lots of ways to taste umami straight from the source.

“The best way to learn more is traveling and being open to taste all kinds of local foods,” Digón said. “There is a unique umami taste in each part of the world waiting to be discovered.”

The cuisines from these five countries are a good start when looking to dive deep into dishes with lots of natural umami. 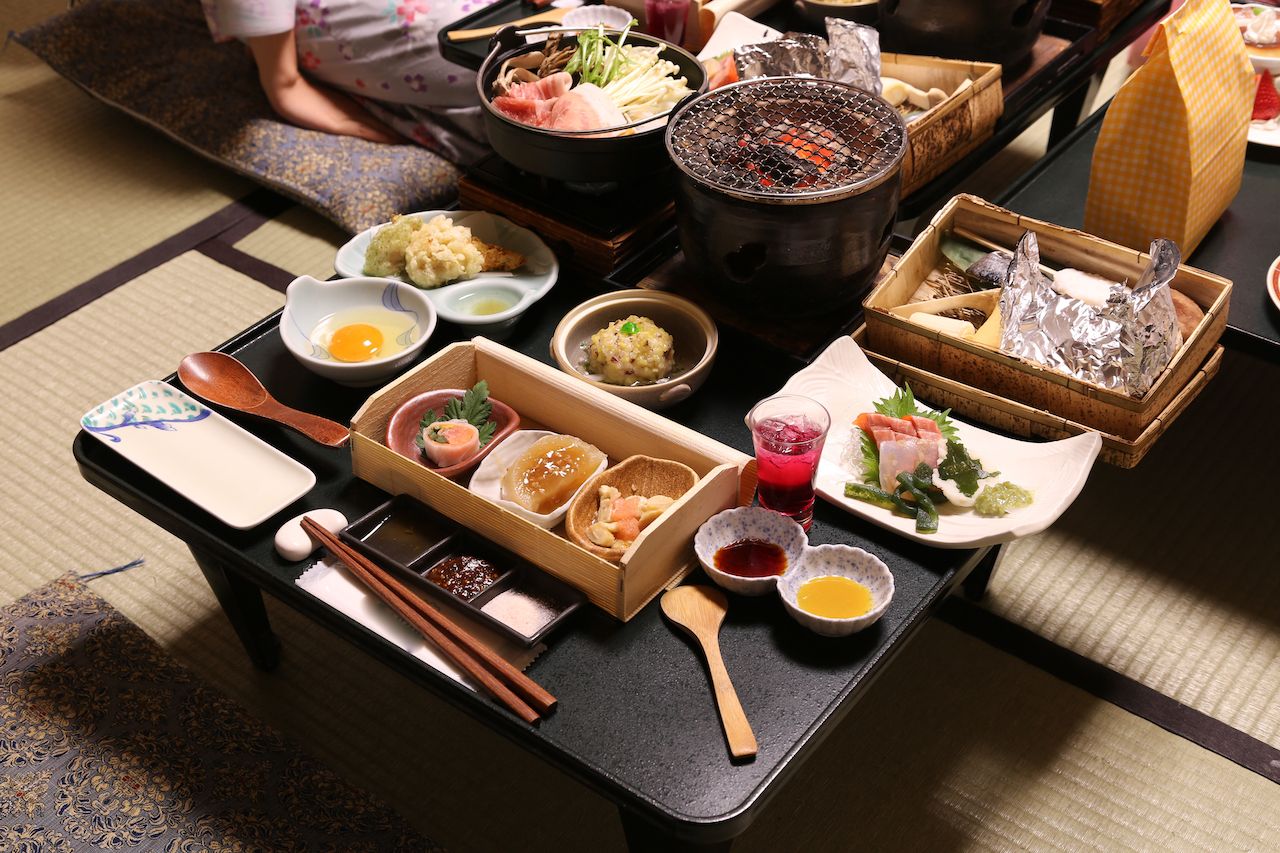 It’s only natural that the country most responsible for nailing down exactly what umami is has an umami-rich cuisine. A typical meal in Japan comes with a type of seaweed called nori, sesame, dried bonito flakes, and pickled vegetables. Dashi, a cooking stock that’s loaded with glutamate, forms the broth for miso soup and adds flavoring to a number of dishes.

The Japanese food most popular in Western culture is just as savory. Consider, for example, the fish in sushi, soba noodles and its tsuyu chilled dipping sauce, okonomiyaki with bonito flakes, and ramen. 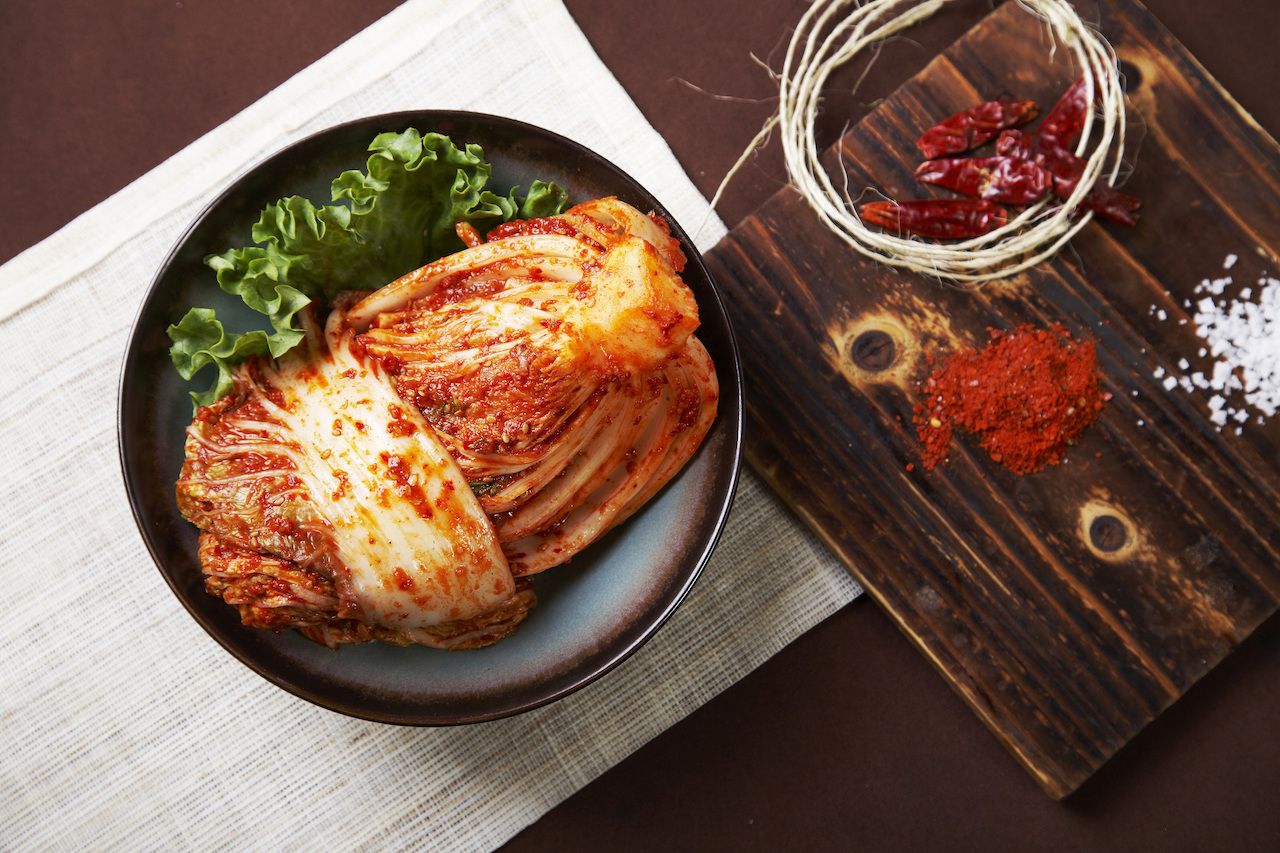 Korean cuisine doesn’t shy away from umami. Fermented foods are glutamate-heavy, and kimchi — made with napa cabbage (umami), gochujang (an umami red chili paste), and anchovy fish sauce (ultra umami) — is at the pinnacle of foods that draw umami from fermentation. Gochujang sauce alone, which is often used in favorites like bulgogi, is made with ingredients like fermented soybeans and adds a savory touch to any dish. 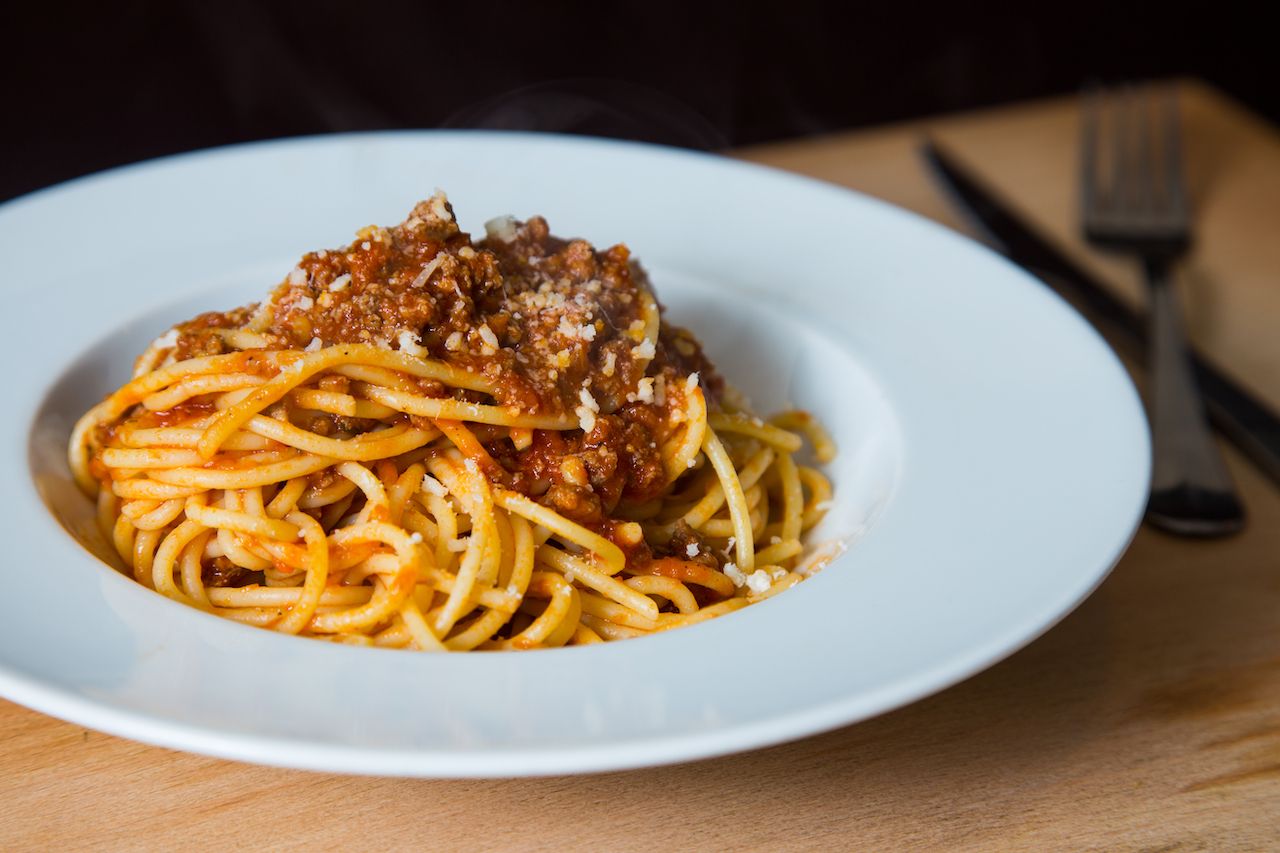 Italians have fully embraced tomatoes and made them their own since the fruit arrived from the Americas in the 16th century. Tomatoes can be found in countless classic Italian recipes, and it just so happens that tomatoes have the highest amount of glutamates of vegetables, beans, fruits, and potatoes — especially when you factor in dried tomatoes, which has a glutamate level just as high as, if not higher than, anchovies.

But Italians were no stranger to umami-filled foods by the time tomatoes arrived. Fermented fish sauces were popular in ancient Rome. Parmigiano, especially Parmigiano that’s been aged for a long time, is the only food other than seaweed that can compete with the glutamate levels found in dried tomatoes. 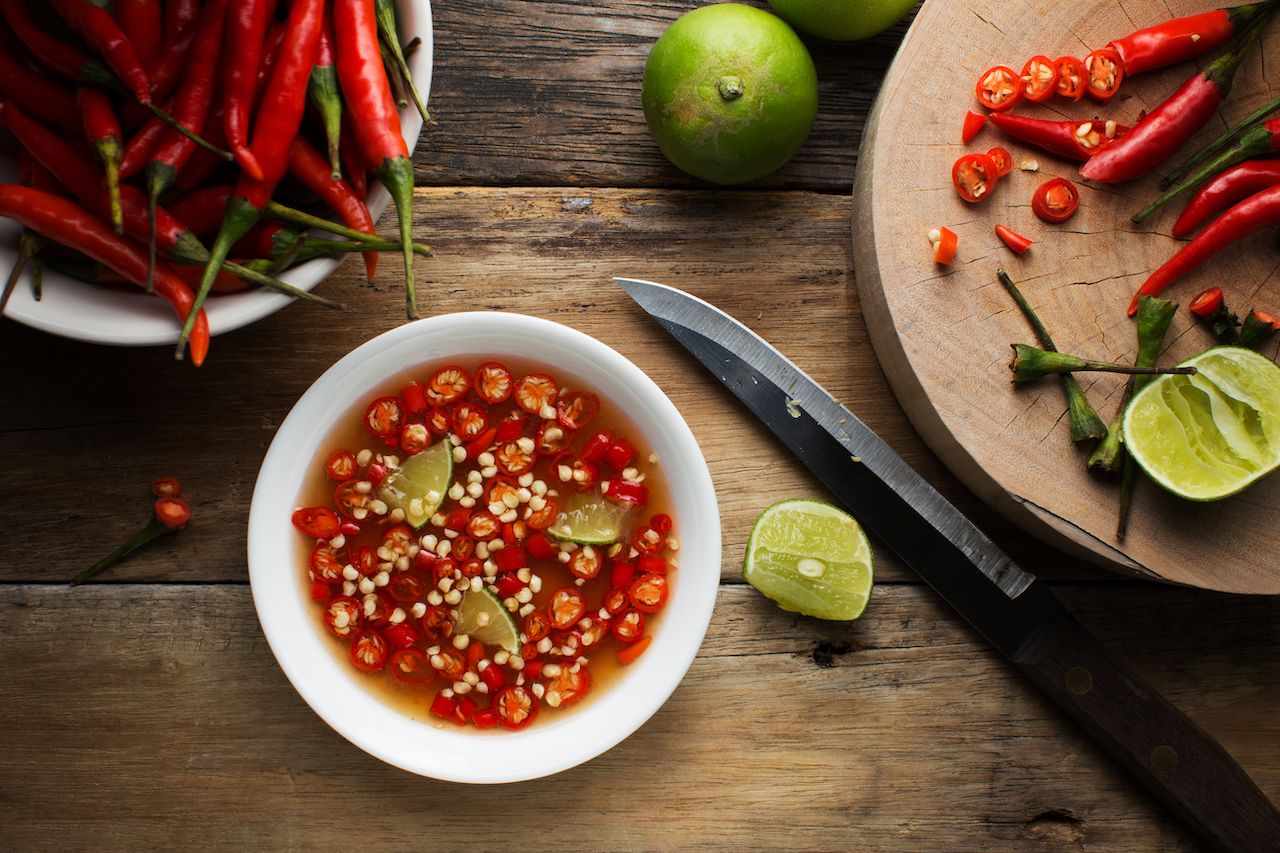 Thailand and Vietnam are the homes of fish sauce. The most basic fish sauce is made with just anchovies and salt that’s fermented in large wooden vats for months before the juice is pressed out. A fish sauce and bird’s eye chili pepper condiment called prik nam pla is ubiquitous in Thai cuisine. Tom yum soup, made with soy, fish sauce, shrimp, and mushroom, is almost pure umami and fresh spice, while miang kum, a traditional wrap with shrimp and savory dips is not to be missed. 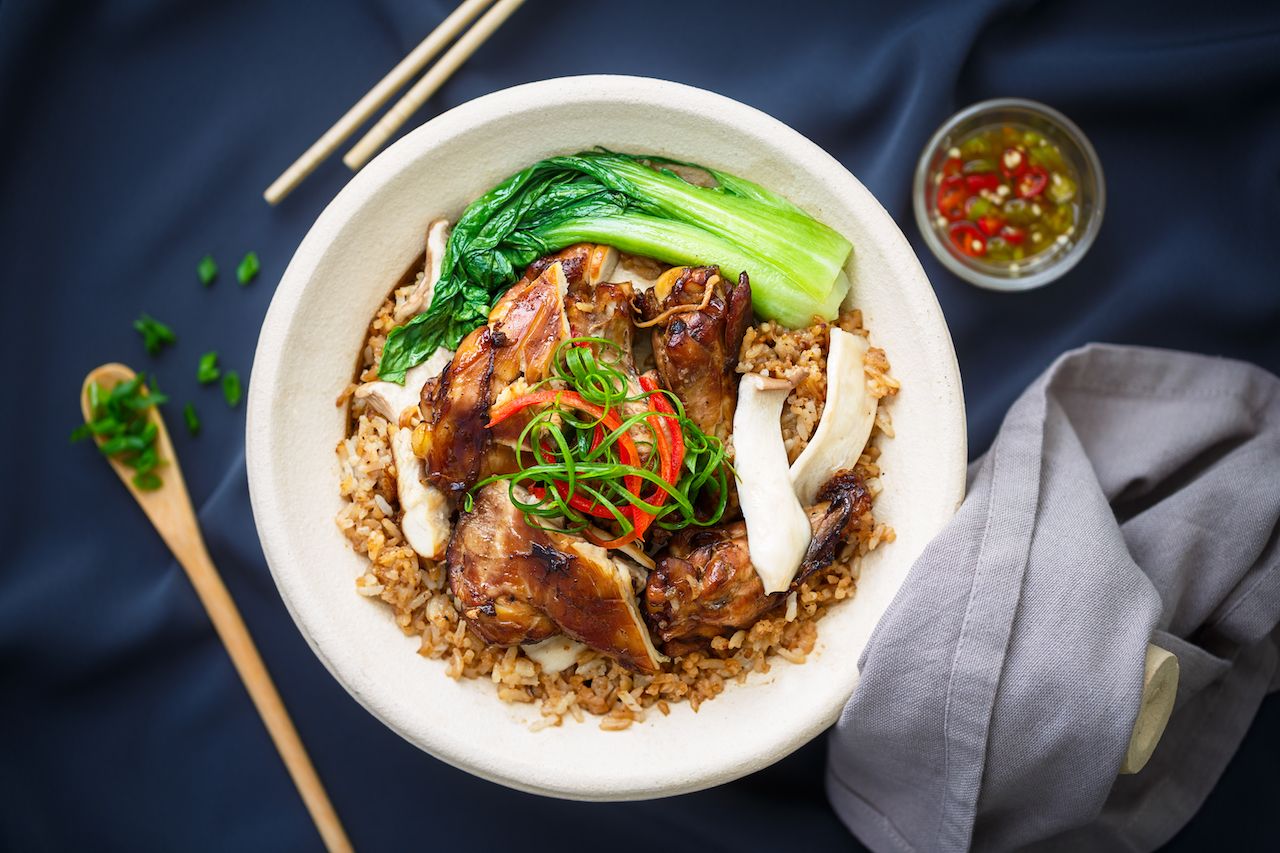 America’s misconceptions about the power of umami largely stem from racist beliefs about Chinese immigrants and their food. And while there’s nothing wrong with punching up a dish with a little MSG, much of Chinese food is already naturally high in glutamate, inosinate, and guanylate thanks to the abundance of ham, shiitake mushrooms, and seafood. Then there are the vinegars and soy sauces that traditionally accompany dishes. Either way it’s added, Chinese food has more than its fair dose of savory.

Food + DrinkThe World History of All Your Favorite Condiments
Tagged
Food + Drink
What did you think of this story?
Meh
Good
Awesome