In the world of wine, location is everything. So much so that the most famous wine styles in the world are known first and foremost by where they’re made. And just as a region’s history shapes the wine made there, the wine shapes the region’s history. A classic example of this is Porto, Portugal, which defines, and is defined by, Port wine.

“Port is a style of wine that has one of the greatest histories in the world of fine wine,” says David Guimaraens, a winemaker with the Port house Taylor Fladgate. “That history goes back over three centuries, and it’s a beautiful history because it’s a combination of the craftsmanship of merchants in the city of Porto and the hard work of many families in what is one of the most beautiful wine regions in the world, the Douro Valley, and how these two over time worked to create the style of Port wine.”

Port is a wine that’s fortified with brandy. Like Champagne, it must come from a specific region (in this case the Douro Valley in northern Portugal), and it must be made according to a strict set of rules. There are some 50 types of grapes that can be used, including the indigenous touriga Franca, touriga nacional, and tinta roriz. Though the grapes are grown farther inland, the wine is named after the city of Porto, which is Portugal’s second-largest city. Porto sits where the Douro River meets the Atlantic Ocean, and the city is famous for its wine cellars and historic position as the center of the Port wine trade for the world.

Before the coronavirus pandemic, Porto was quickly growing as a tourist destination. Travel is stymied for the time being, but it’s still possible to get a taste of one part of what makes the region so attractive. 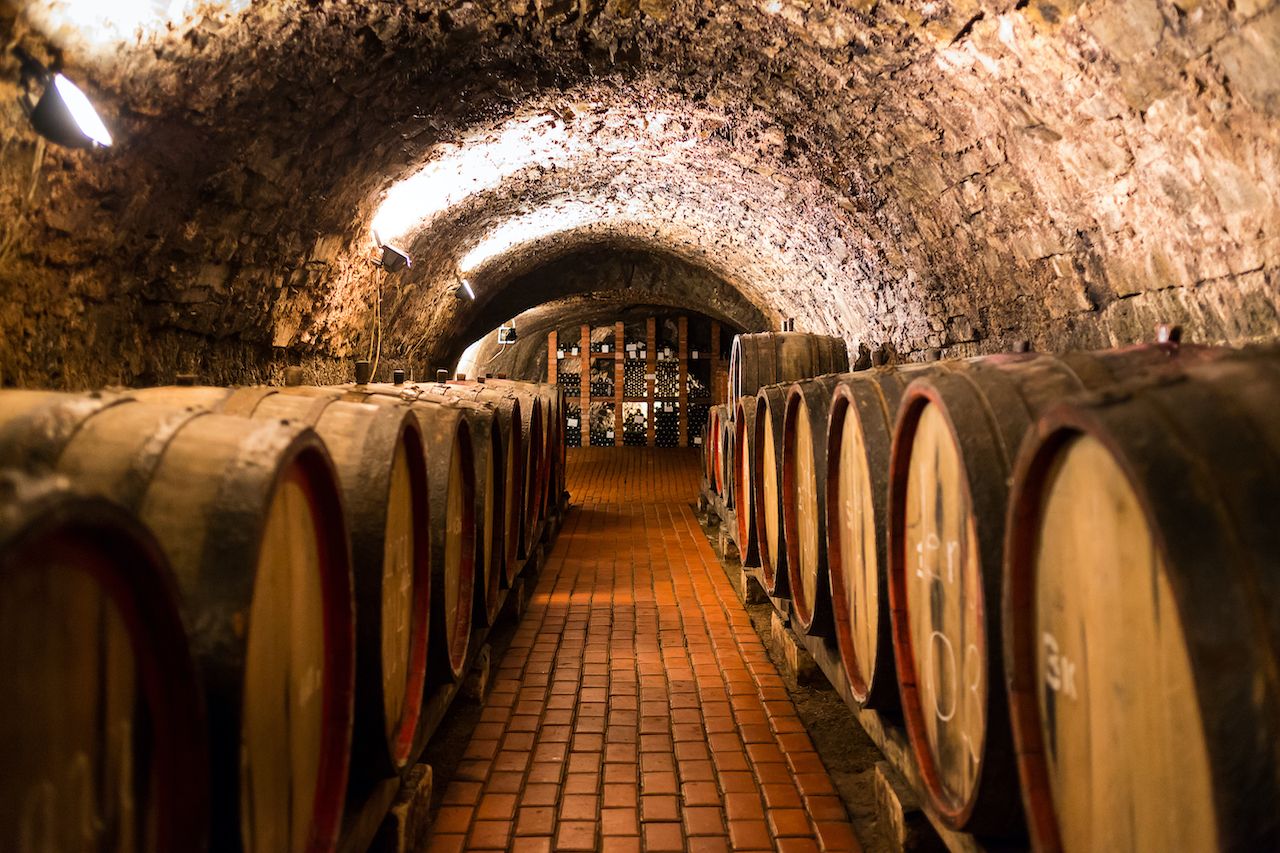 Winemaking along the Douro River dates back to the ancient Romans, who arrived around 200 BCE. Wine continued to be an important part of the culture through the start of the Kingdom of Portugal in 1143. Port as we know it, however, came about in large part due to a notable population of British merchants and expats, which is why many of the Port companies today have English names.

The trading relationship between England and Portugal started with the 1386 Treaty of Windsor. Wine would go from Portugal to England, while salt cod (bacalhau) went from England to Portugal. The wine trade between the two countries increased in 1667 due to tension between England and France that kept French claret wine off English shores. Under the Methuen Treaty of 1703, Portuguese wines had a third less of an import tax levied on them by England than French wines did.

The Brits were left to find a region outside France to quench their thirst, and they wanted a heavier wine than the wines from the coastal region of Portugal. The Douro Valley was the answer, and merchants shipped the wine from the valley to the coastal port town of Porto and finally to England to fill the demand.

Yet, due to the distance between Porto and the British Isles, some of the wines spoiled before they made it to their final destination. Either sailors or merchants added brandy to fortify their wines for the journey — an addition that would eventually become a defining characteristic of Port.

This English demand led to a thriving wine export industry in Porto in the 1700s. By the mid-1700s, Port had grown into an important economic driver for Porto and Portugal as a whole. The prime minister, Marquis of Pombal, decided to codify production styles to ensure a consistent product under the watch of the government. Pombal formed the Companhia Geral da Agricultura das Vinhas do Alto Douro in 1756, which had a monopoly on all wine going to England and Brazil. He also placed 335 stone pillars (called marcos pombalinos) that marked where Port could officially be produced. Vineyards were classified by quality the following year — a move that wouldn’t happen in Bordeaux for another century — and the world’s first legally classified appellation system for wine (the regiões demarcadas) was born.

The wines took the name of the city they were shipped from, but there would be no Port without the Douro Valley, where the grapes are grown and the wine is made. From there, the wine has historically been ferried down the Douro River on boats called barcas taverneiras that were navigated over rough waters by skilled boat pilots called barcos rabelos. The river was the main artery for wine on its way to Porto for centuries, though road travel took over in the mid-1900s, with the last commercial boat sailed in 1964. 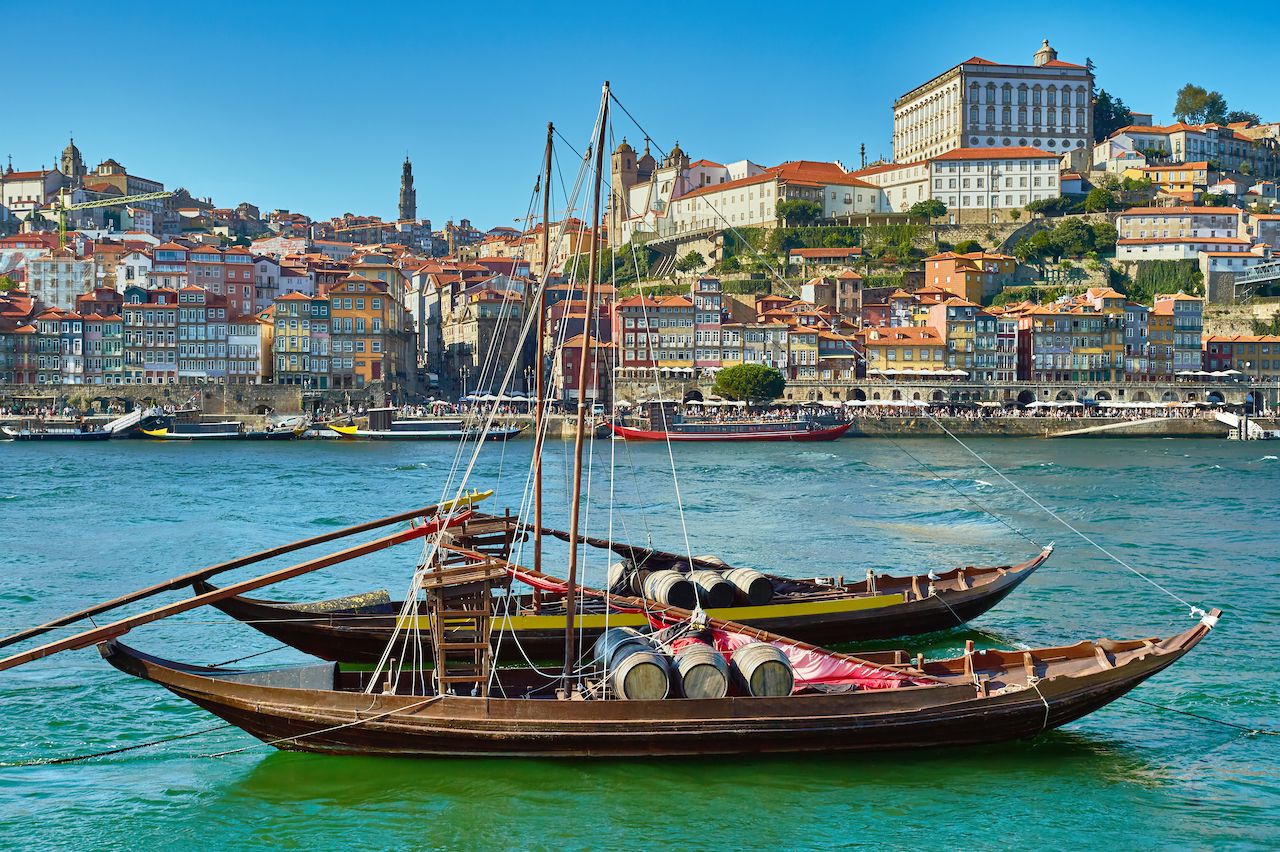 Port’s popularity waxed and waned over the centuries. A civil war and phylloxera, a louse that devastated European vineyards, hurt the industry in the 1800s. The two World Wars and the Depression did as well. Since the 1950s, Port has become associated with the elite — not necessarily a distinction it deserves.

“Port has a bit of an image of formality when being drunk in England,” Guimaraens says. “But go back half a century ago, and many people don’t realize that Port and lemonade used to be drunk in the pubs on the coast of England, and that used to be one of the most popular drinks. Go over to North America, and in the 1990s the passionate Port drinkers would be drinking their vintage Ports.”

Over the last two decades, things have continued to change. Not only in how Port is drunk — bartenders in the US mix Port into cocktails, for example — but also how Port, and the city it gets its name from, is perceived. Porto was often seen as a working city (one saying goes: “Coimbra sings; Braga prays; Lisbon shows off; and Porto works”) while the vineyards in the Douro Valley got most of the attention from wine tourists.

“Many people in the world have a good understanding of Port wine,” says Adrian Bridge, CEO of The Fladgate Partnership, which includes the brands Taylor Fladgate, Croft, and Fonseca. “But they don’t necessarily connect it to the city of Porto because the city has only recently opened up as a tourist destination.”

Luxurious, Port-centric hotels like the Yeatman helped to shift the attention toward Porto and its long history intertwined with Port wine.

“People come, they walk the vineyards, they see the beauty of the Douro Valley, they see this incredible city, and then they fall in love with the [wine],” Bridge says. “That’s why we’ve expanded for tourism and that’s why we’ve created accommodation for people so they can come and they can stay. And the success of The Yeatman, which opened 10 years ago, is to open up the destination for leisure.”

For now, like so many travels, Americans have to wait to experience that leisure. They don’t have to wait, however, to drink the wine that made Porto famous the world over.

Planning a Portugal Trip? Do Yourself a Favor and Go To the Southern Coast.
Why You Should Take a Factory Tour on Your Next Trip To Europe. Yes, a Factory Tour.