Not long ago, the beaches in Thailand belonged exclusively to Thai fisherman, and the ancient ruins in Cambodia were all but hidden by overgrowth. But times change quickly when word of faraway discoveries gets bandied about by budget travelers in search of cheap and enchanting locales. A backpacker haven for decades, Southeast Asia has seen those same Thai beaches become backdrops for drunken ragers and its ancient ruins start trending on social media. Thankfully, the region takes up a substantial part of the world’s largest continent, so there are plenty of spots left to steal away to if you just know where to look.

What is the Banana Pancake Trail exactly?

No one itinerary defines the Banana Pancake Trail, a term derived from the staple breakfast budget travelers across Southeast Asia are served at the guesthouses and cafes they frequent. The nebulous route started gaining traction in 1975 after Lonely Planet founder Tony Wheeler and wife Maureen published then-backpacker-bible Southeast Asia on a Shoestring. The region has since come to be one of the most touristically oversaturated places on the planet.

Eleven countries make up Southeast Asia, but the most popular backpacker haunts have always been Thailand, Cambodia, Vietnam, and Indonesia. In recent years, Myanmar and Laos have also joined the ranks. Here are the best places to travel on the Banana Pancake Trail to embrace the backpacker spirit of old while avoiding the tourism hug of death present today. 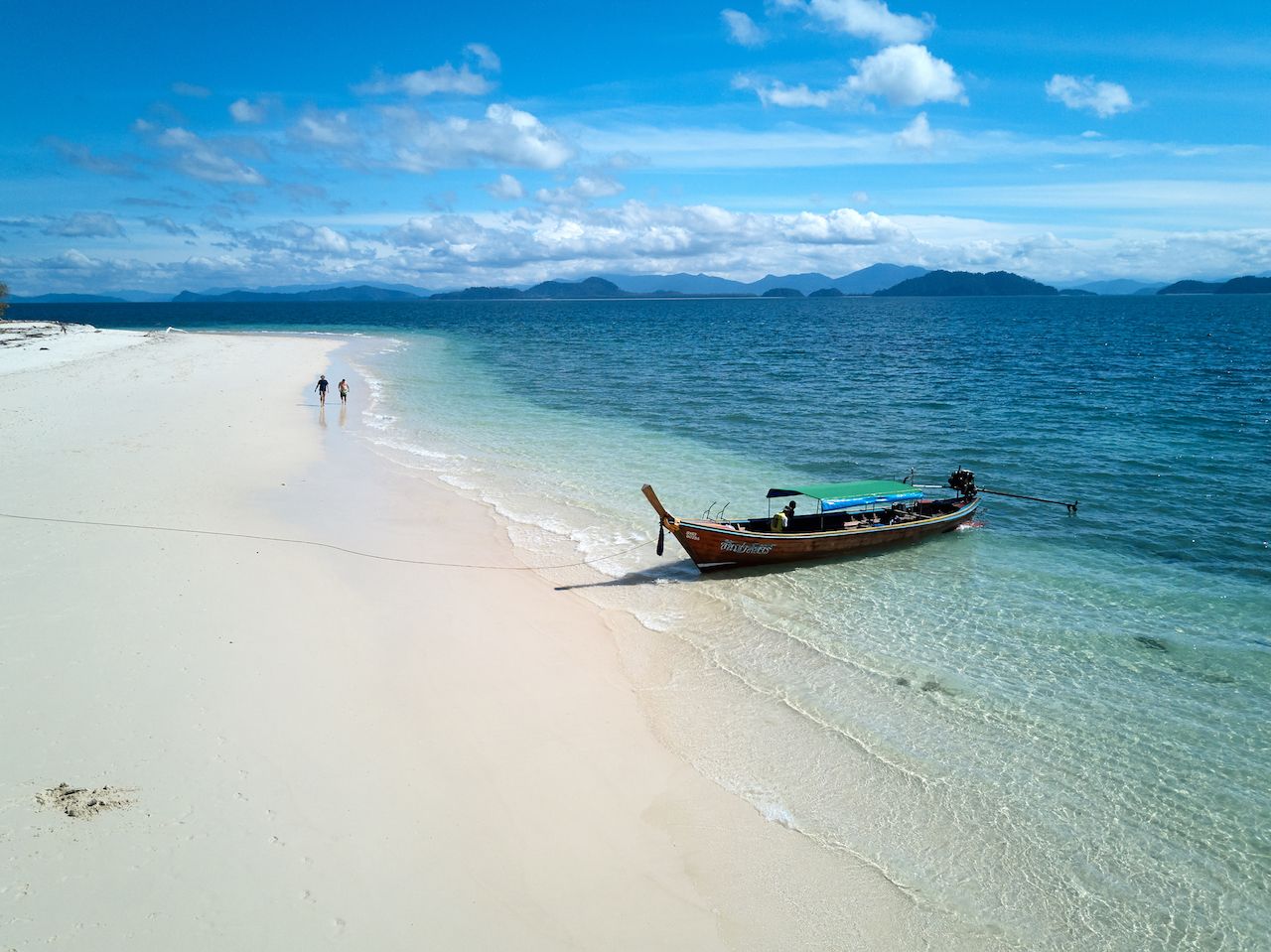 Swap the hordes of Full Moon partiers on Koh Phangan for a smattering of in-the-know surfers and you’ve got Ko Phayam. Despite projections that its nearly deserted beaches are next up to be overdeveloped, the second largest Andaman Island still feels wildly undiscovered. And the spotty electricity and WiFi at its unfussy beach bungalows have us pretty convinced that it’s still a ways away from taking up the mantle of resort-laden destinations like Koh Samui. 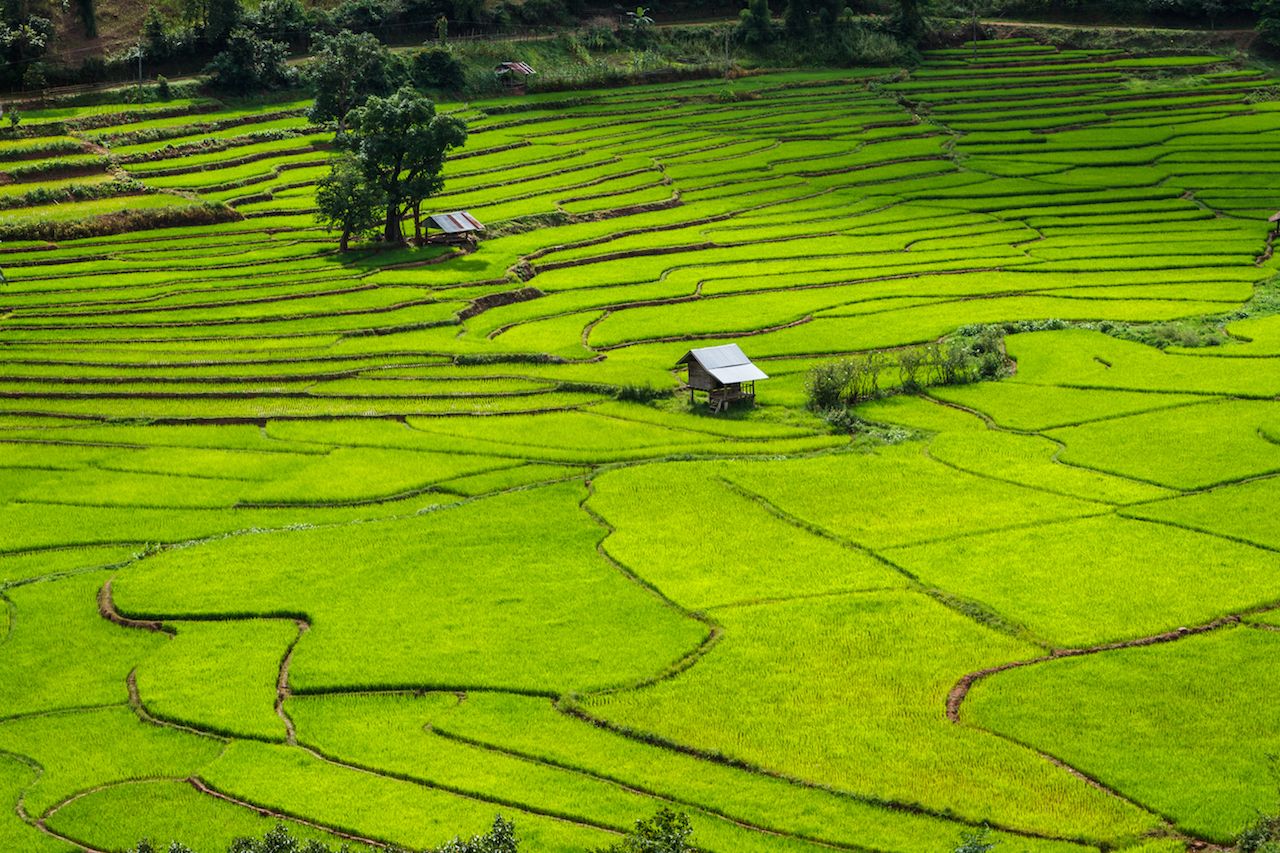 These days, travel bloggers outnumber temples in Chiang Mai, also known as backpacker central in northern Thailand. For a quieter, more rugged window into the Thai highlands, head to Nan near the Laotian border instead. You’ll get your temple fix at Wat Phumin and others. You can start the day at a morning market and end the afternoon opposite waterfalls. And you’ll get a first look at an emerging arts scene by touring the museums and galleries in town. 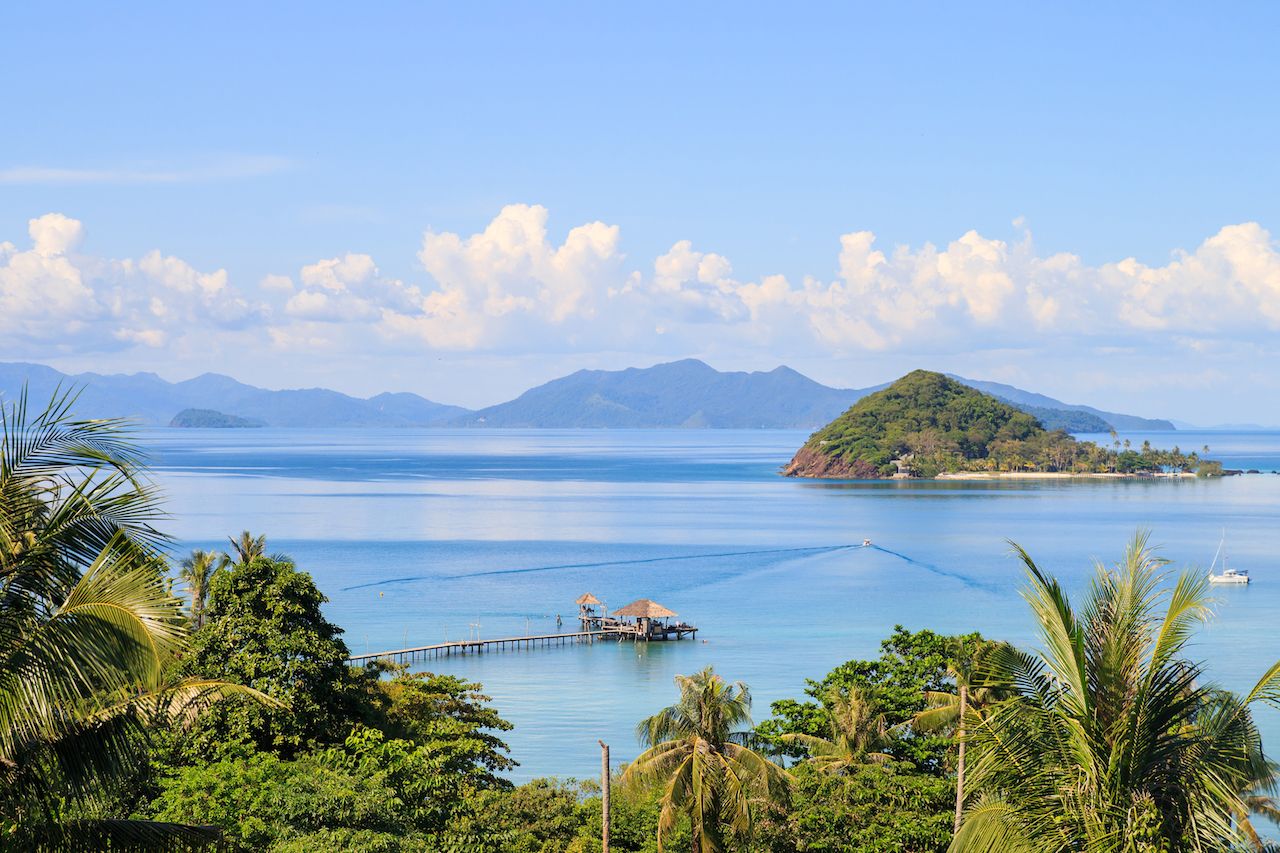 Koh Mak has the pale sands and bright blue waters you’d expect of a Thai paradise but none of the beer bars and all-inclusive resorts you too often find. It’s popular among snorkel-loving families and backpackers looking to avoid the typical circuit, but on the whole, the ratio of palm trees to people still bodes well for serenity seekers. Better yet, all 16 square miles of Koh Mak are privately owned, so it’s in no danger of being built up anytime soon.

Kep is far from undiscovered. If anything, the seaside town in southern Cambodia is on its way to being rediscovered, having once been a haunt for wealthy French colonialists. But the visitors today are neither hoity-toity nor party-hungry, choosing to spend their days at the beach and turning in early after gorging on seafood dinners. For the best of Kep, hit the weekly crab market for $5 pounds of fresh crab meat, then venture into monkey-filled Kep National Park. 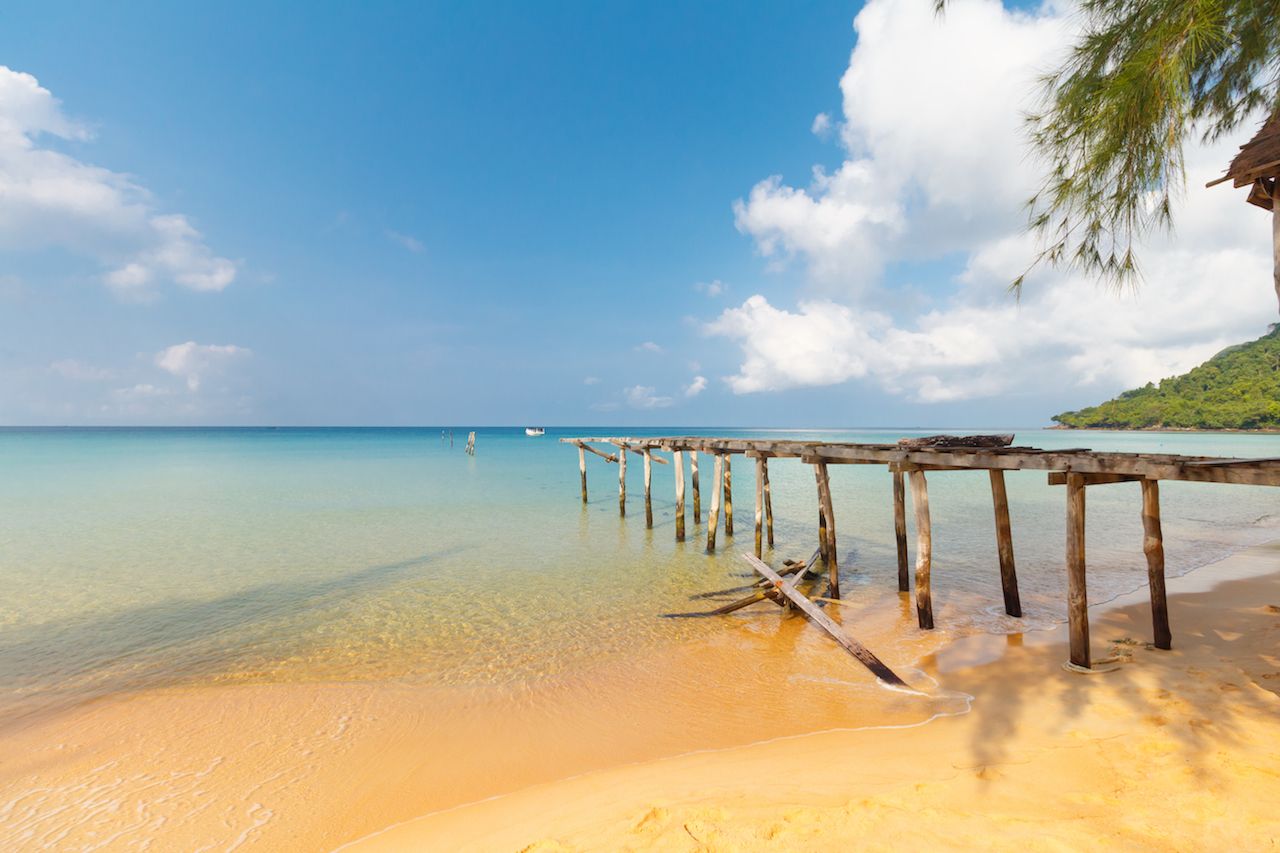 Koh Rong Sanloem is not the same as Koh Rong. Write that down if you want a budget getaway without a big backpacker scene because only little-sister-island Sanloem will deliver. You’re in for a rustic retreat with options to book a dorm by the sea, pitch a tent in the sand, or spring for a simple private bungalow — but the snorkeling and scuba diving are unbeatable. Just be sure to come with cash in hand as you won’t find ATMs anywhere on the island. 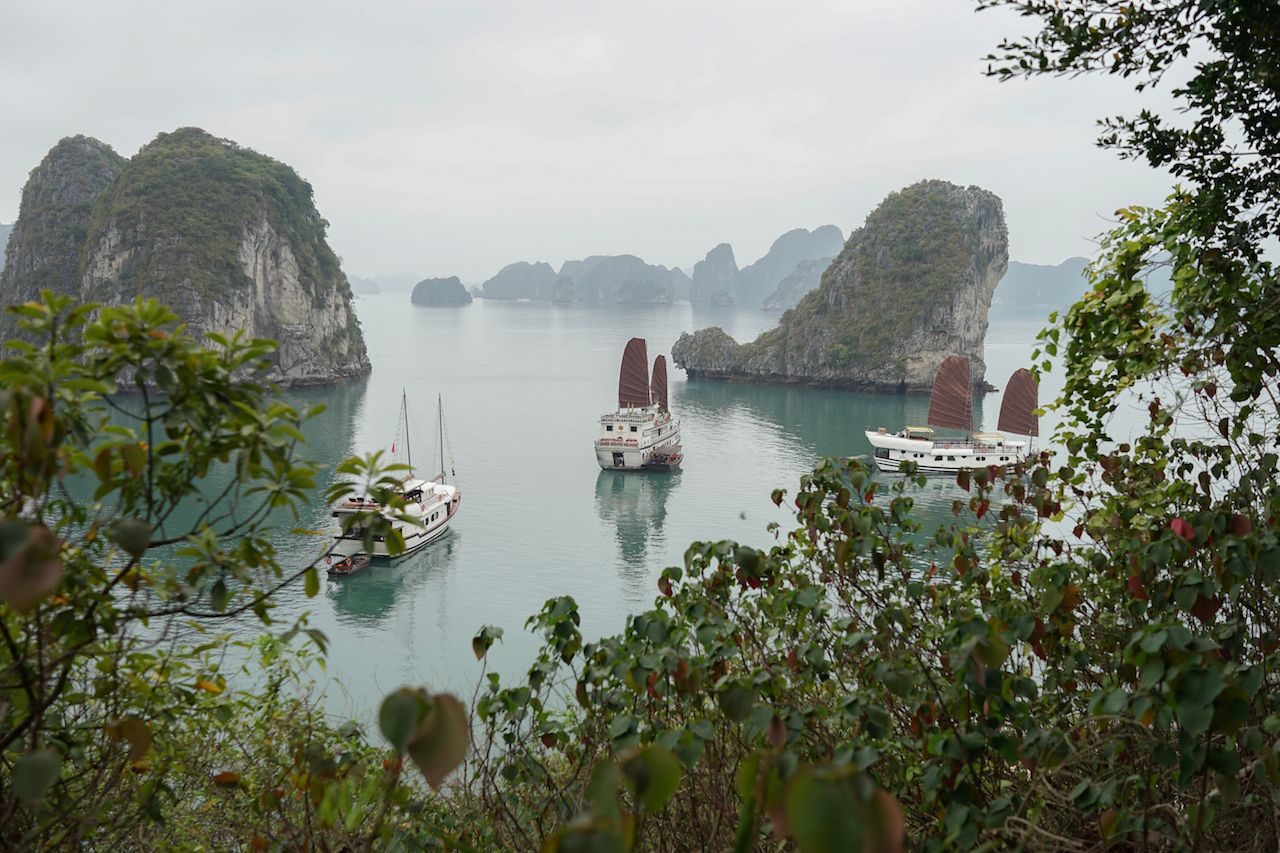 Ha Long Bay may have explicit UNESCO status, but it’s also absolutely littered with junk boats. Just northeast and just as stunning, Bai Tu Long Bay belongs to the same World Heritage area and comes complete with the same dramatic karst formations, but its limestone megaliths rise up over uncrowded blue-green waters. There are also caves to explore, fishing villages to tour, and deserted islands to cruise between free from tourist-boat congestion. 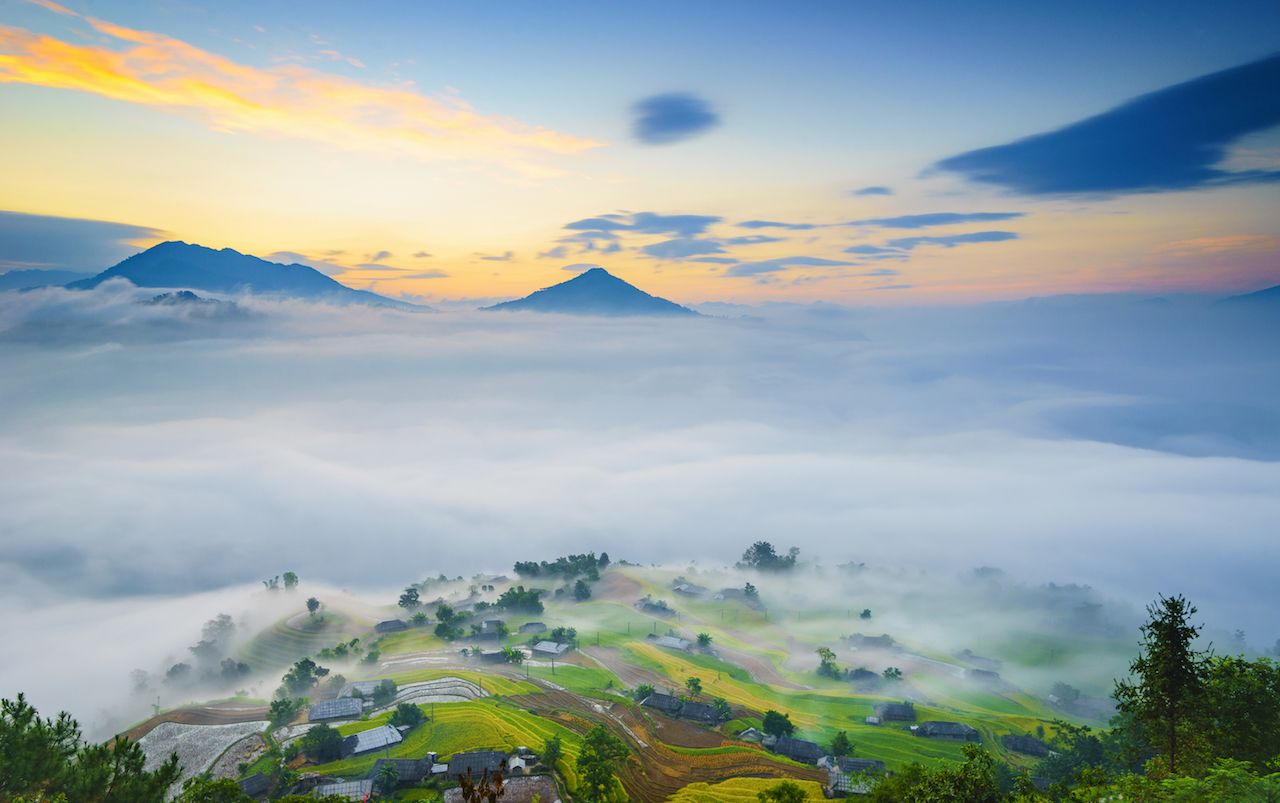 Ha Giang is as far north as you can get in Vietnam before reaching China. It’s an untouched province where permits are required to travel certain stretches, though these are easy to arrange with most accommodations. Endless rice terraces and rocky outcrops await the intrepid visitors who do find their way here, including the UNESCO-titled Dong Van Karst Plateau. Drive the snaking Ma Pi Leng Pass to get the best eyefuls of scenery during your stay. 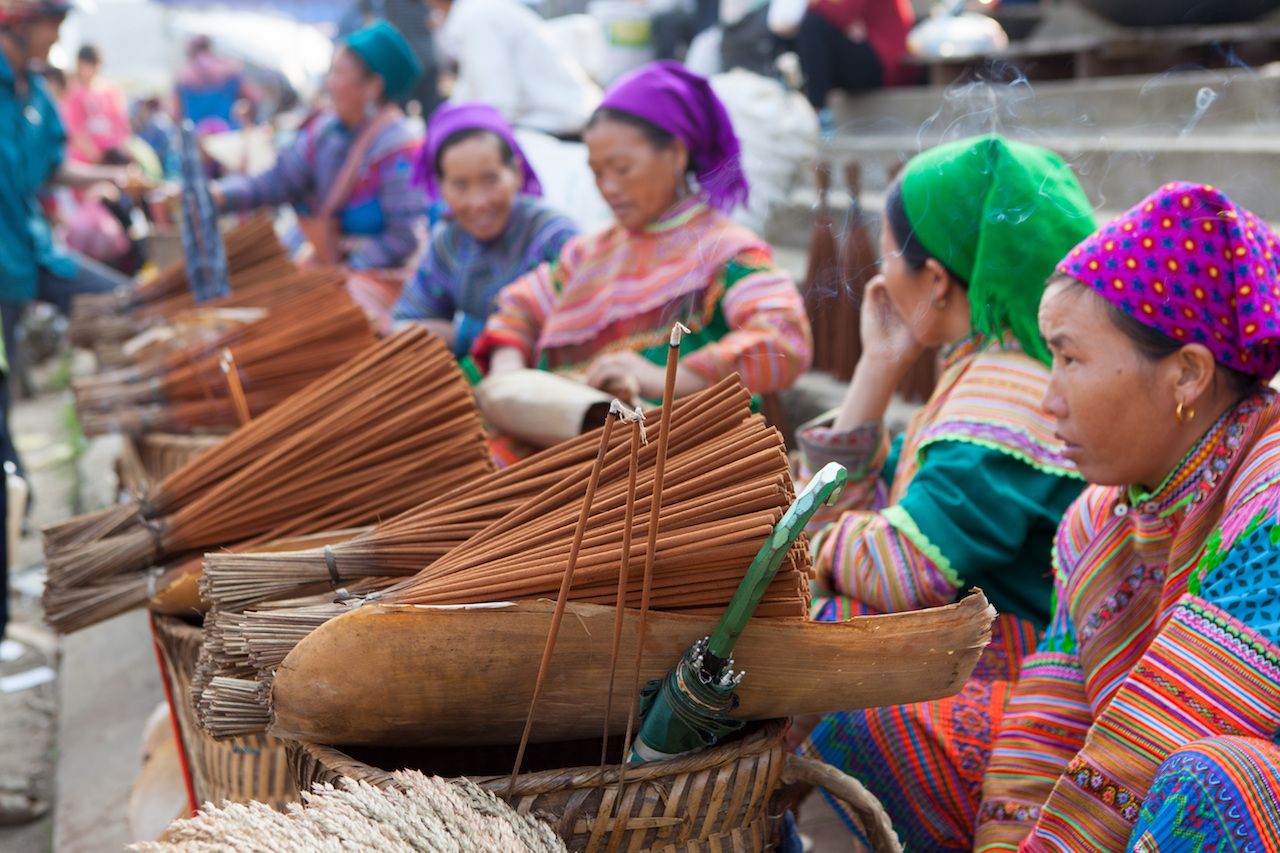 Bac Ha is all about that market life. Produce, prepared foods, textiles, and crafts draw huge local crowds from nearby Sa Pa every weekend. Plan to be there on a Sunday to see the Bac Ha market in all its glory and spot the Flower Hmong women whose ornate fashions have become icons of Vietnam. After, head to the Hoang Thu Pho waterfall for a dip in its natural pool or check out Vua Meo, a French colonial palace built in the early 1900s to appease chieftain Hoang A Tuong. 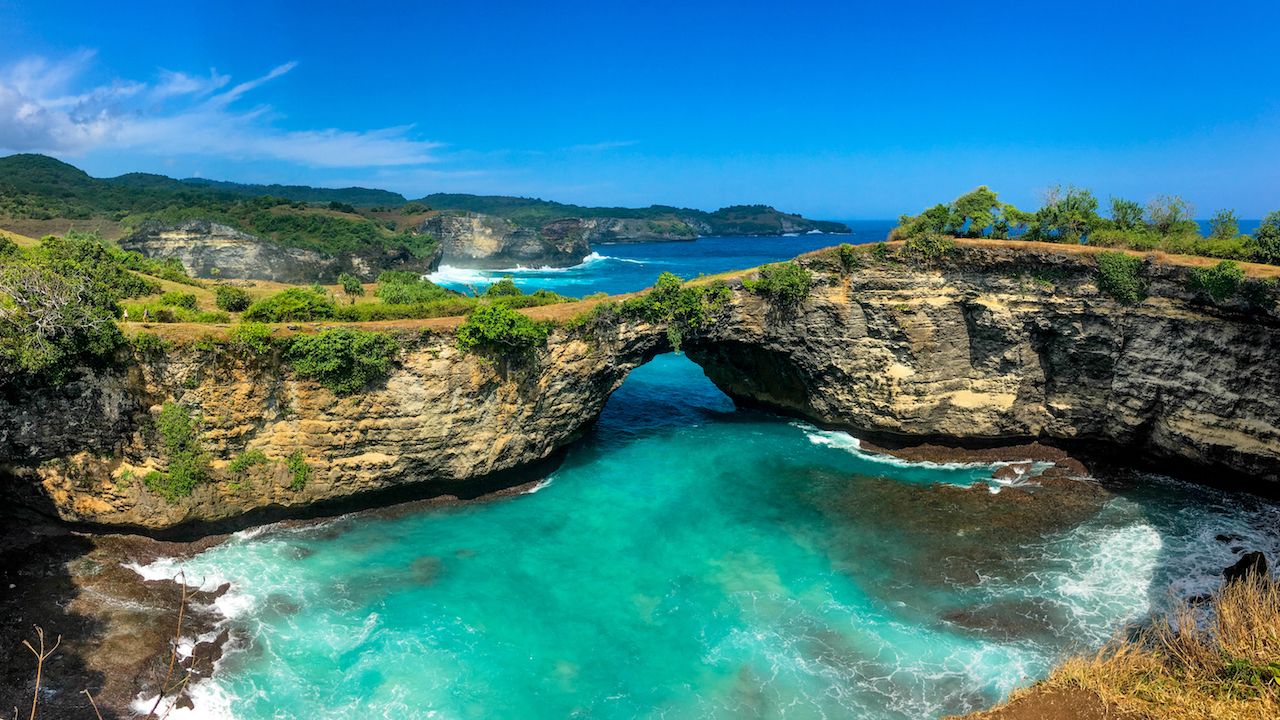 Of the three Nusa Islands off the east coast of Bali, only Nusa Penida has even an ounce of off-the-beaten-path appeal left. It’s gotten less hype than Nusa Lembongan and Nusa Ceningan despite its perfect coves, natural pools, and cliffside Hindu temples, in part because of its relative lack of amenities. Unfortunately, the once-ignored escape is becoming a not-so-secret island. Get there now before Instagram influencers completely clog up the scenery. 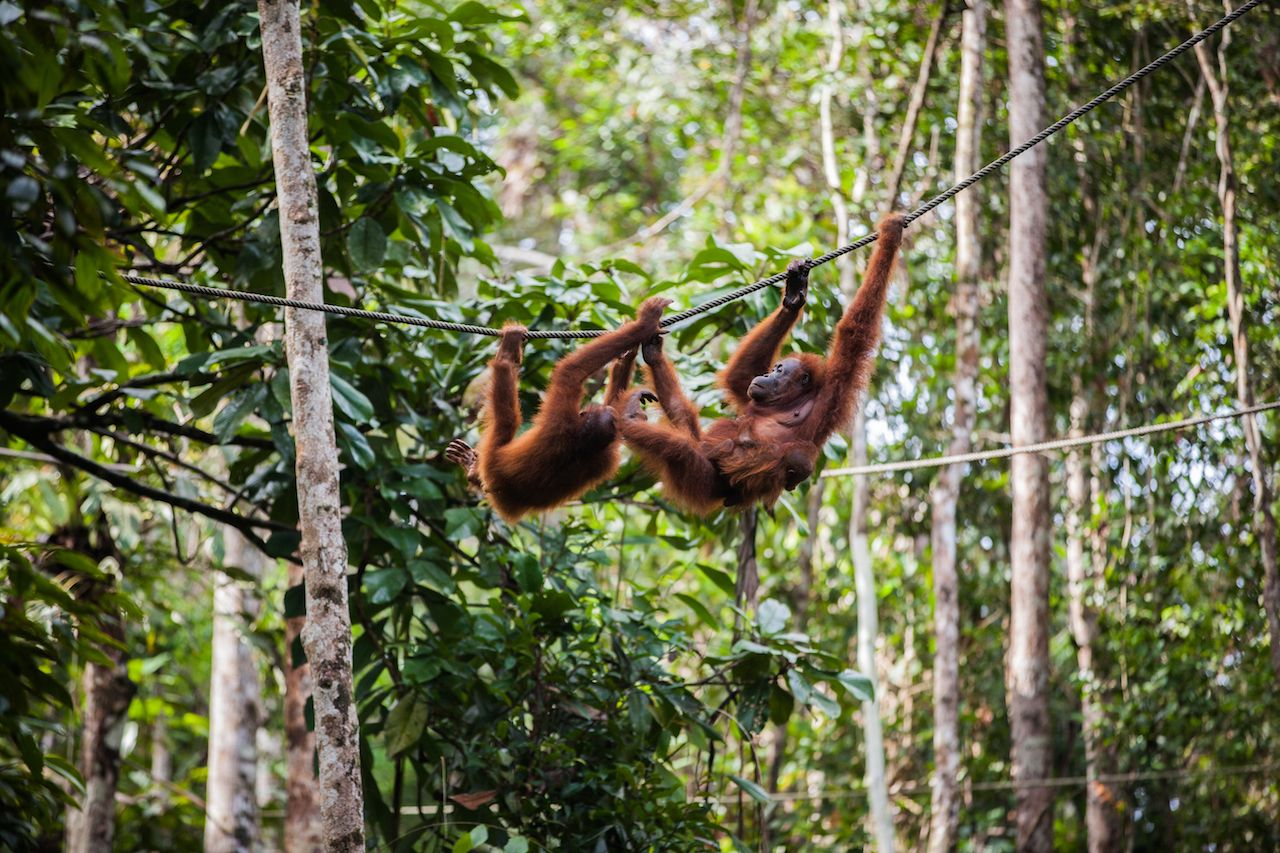 On the whole, Sumatra is one of the best ways to visit Indonesia free from mass tourism. And Bukit Lawang is one of its standouts. It is a tourist village, but what that means in the wilds of Sumatra is access to activities like orangutan treks, a comfortable yet unfussy eco-lodge scene, and the slim chance of seeing other travelers while tubing down the river. What it doesn’t mean is luxury resorts, loud bars, or even working WiFi. (Seriously, don’t count on the WiFi.) 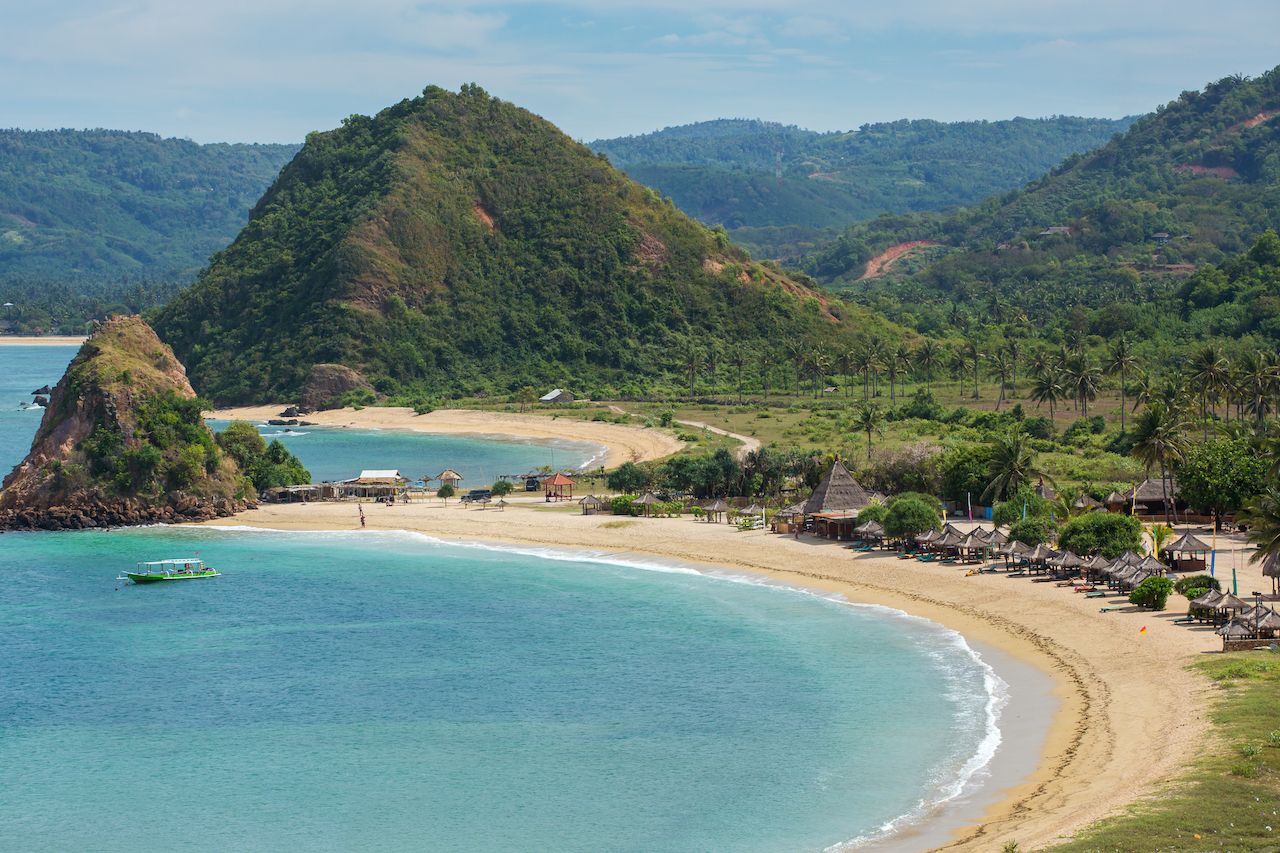 Don’t confuse Kuta, Lombok, with Kuta, Bali. One is a lowkey island with just enough places to stay, eat, and grab a beer to strike that perfect balance between backpacker hub and secret hideout. The other is the epicenter of Balinese nightlife that gets treated little better than a frat house. There’s some fear that Kuta, Lombok, will eventually go the way of its club-riddled counterpart, but for now, it’s still a peaceful place to explore by motorbike. To really get away from it all, base yourself near Tampa beach rather than the more popular Mawun beach. 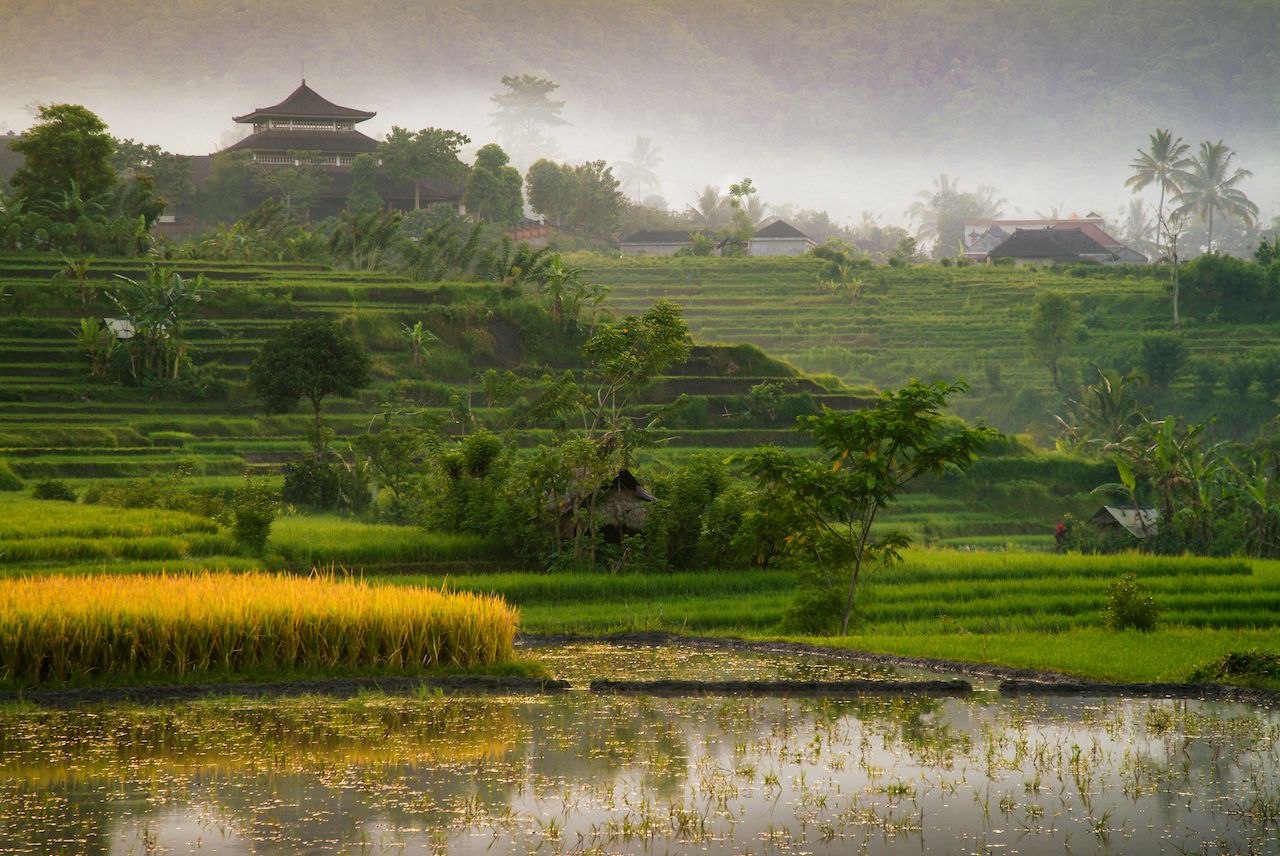 If you have your heart set on the rice terraces of mainland Bali but aren’t interested in renting a room in an Ubud guesthouse wedged between an expat-run yoga studio and an LA-style green-drink cafe, then Sidemen is for you. Somehow developers missed this slice of western Bali where the bulk of the action revolves around the daily operations of coffee plantations. Find brilliantly green and thoroughly rural Sidemen under the watchful eye of Mount Agung, about 25 miles from capital city Denpasar, for some genuine peace and quiet. 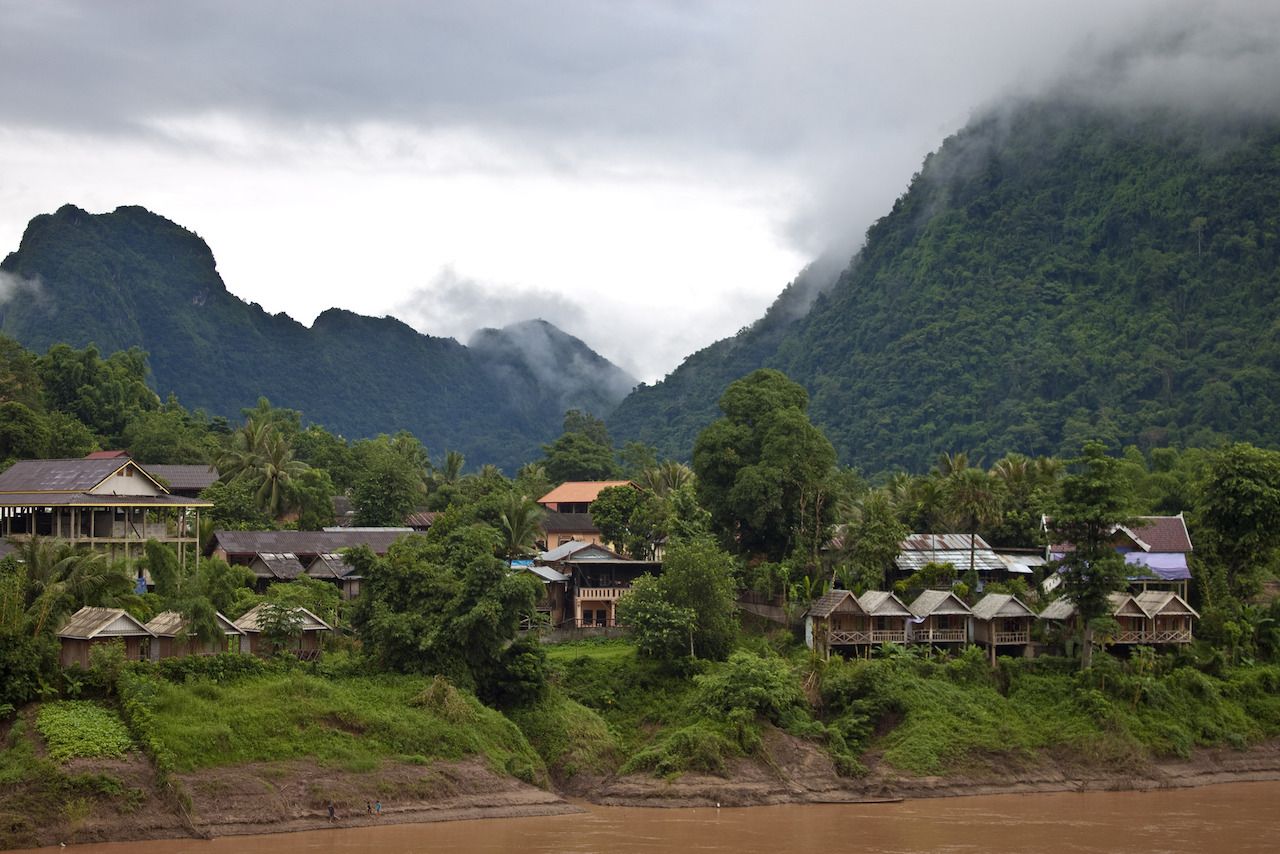 Laos is no Thailand, but even its top destinations have been hit hard by tourism. Luckily, the beaten track is still being paved in most of the country, so taking the road less traveled is still pretty doable. One standout is Nong Khiaw, a village north of Luang Prabang known for its cave-dotted cliffs, which cut through snaking rivers and jungles ripe for trekking. A handful of restaurants and accommodations occupy the east bank of the Nam Ou river, some even equipped with infinity pools. 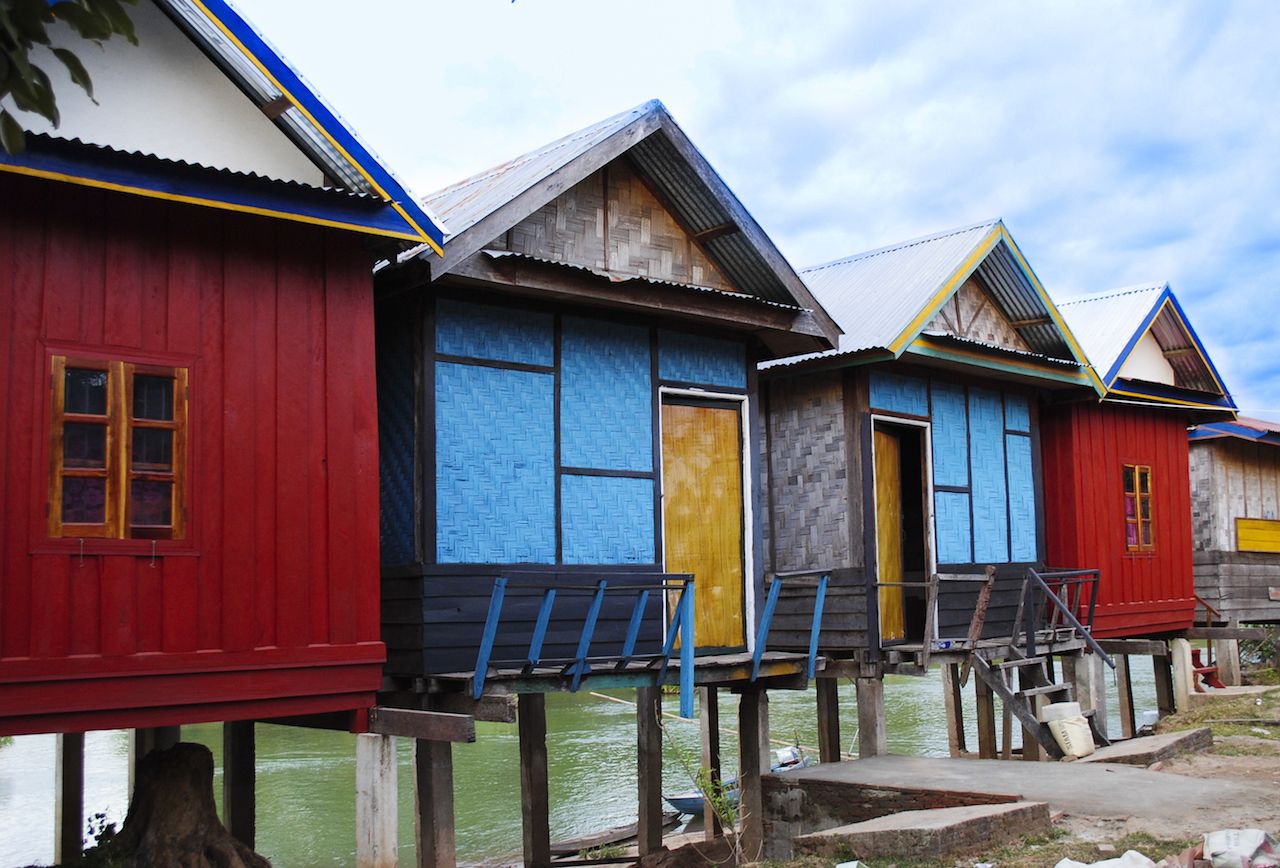 Surprisingly, little landlocked Laos hosts an archipelago whose name translates to 4,000 Islands. The island cluster in the Mekong is made up of everything from glorified river rocks to wide, beachy expanses. Its better-traveled islands — Don Det with its burgeoning party scene and calmer twin Don Khon with its more cultured crew — have bohemian backpacker presences that still haven’t reached excessive levels. But for the best chance of alone time, set your sights on Don Khong, a quiet island whose relaxed beaches and guesthouses are never quite full. 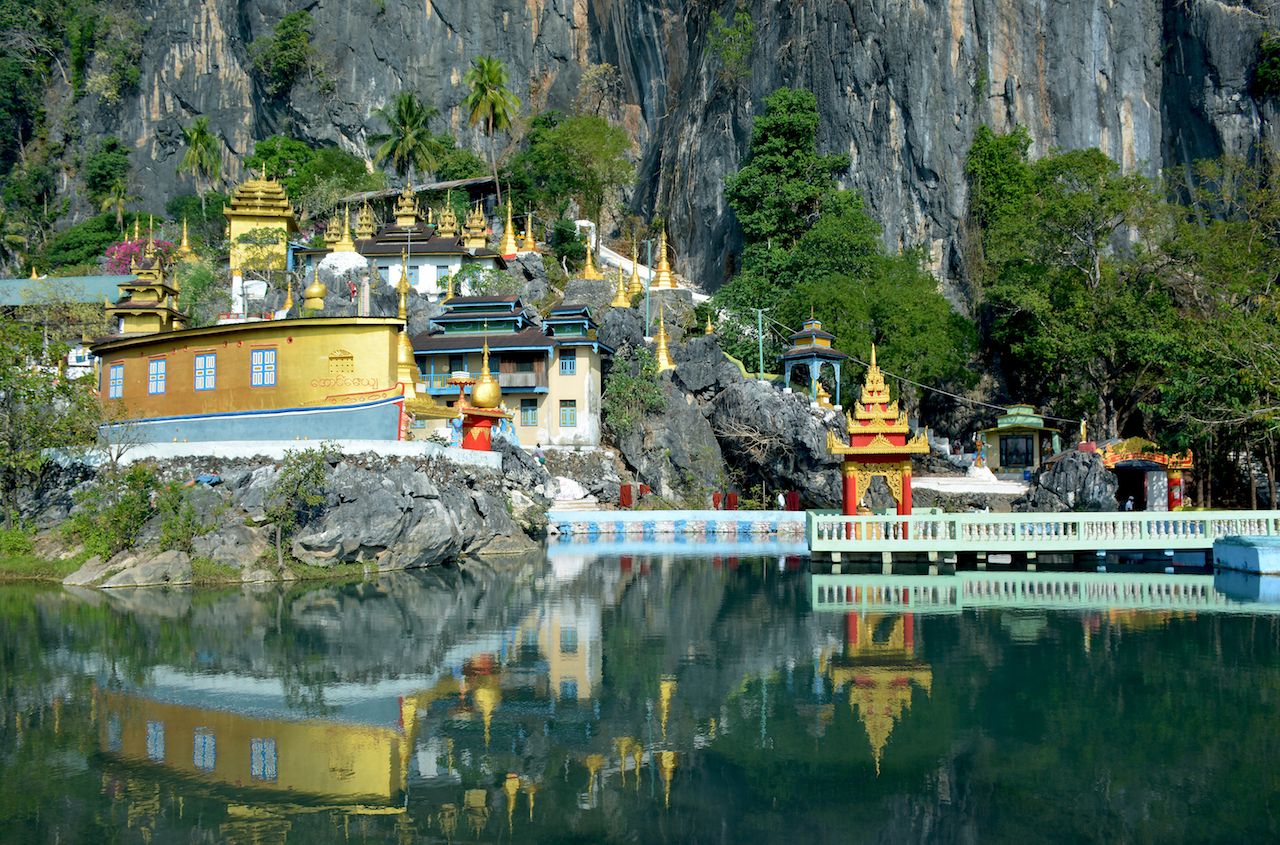 This mountain town in southern Myanmar isn’t winning first prize in any beauty pageants — though it’s hardly an eyesore — but it could easily claim a Miss Congeniality award. It sits 35 miles north of stupa-studded Mawlamyine and has a salt-of-the-earth vibe that attracts tried-and-true backpackers. Caving and trekking are the activities of choice in Hpa-an, seconded by cultural jaunts to the Kayin State Museum and Kyauk Kalat monastery. 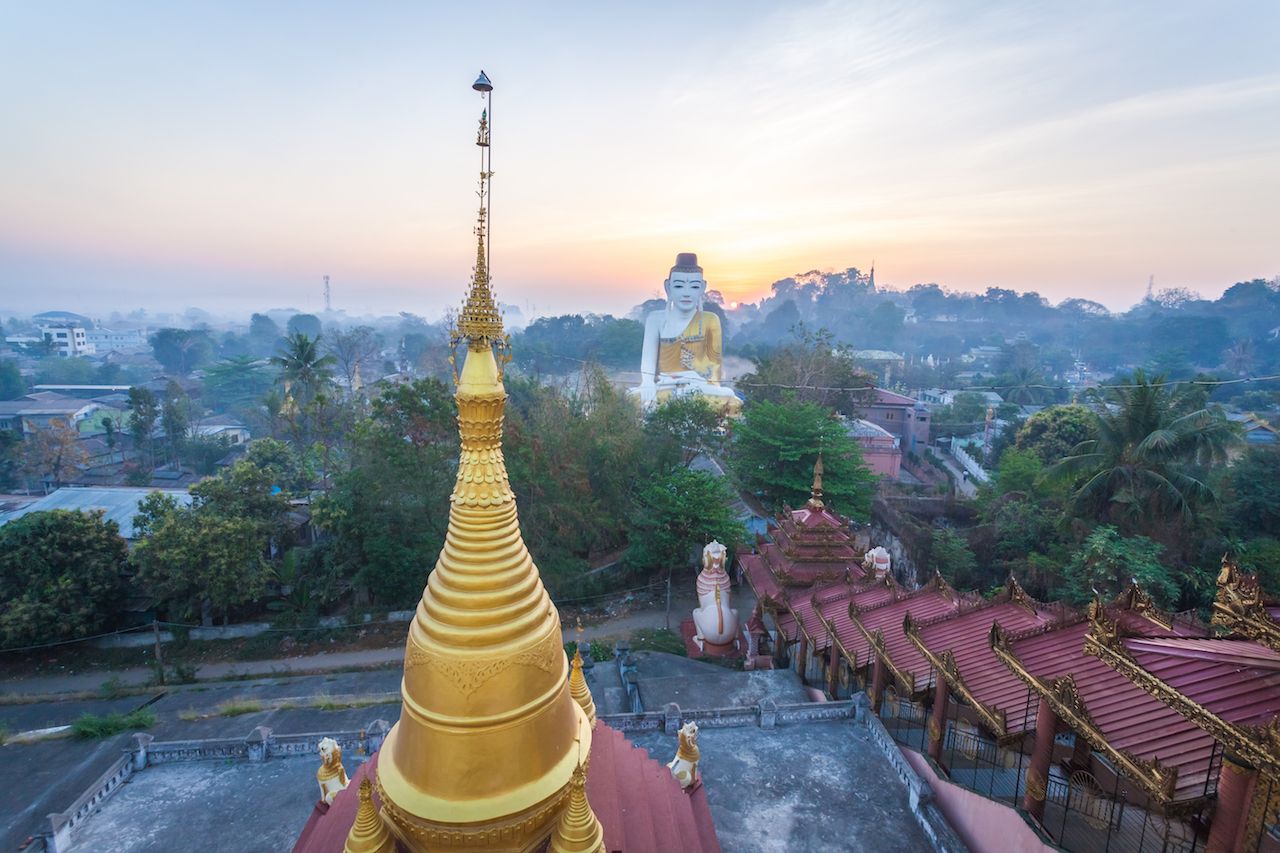 Halfway between Bagan and Yangon sits Pyay, which sees significantly fewer visitors than either despite its ancient ruins and a chill city vibe. Recognized by the World Heritage List, the Sri Ksetra temple ruins in Pyay are some of the oldest examples of Buddhist architecture in the world, and the Shwesandaw Pagoda offers another excuse to visit. Otherwise, there’s plenty of riverside scenery and cliff carvings to sustain a few days in town — and no shortage of comfortable hotels to settle in for the night.

Art + ArchitectureThe 7 Most Amazing Temples in Thailand Outside of Bangkok
Tagged
Backpacking Trip Planning
What did you think of this story?
Meh
Good
Awesome