March wasn’t an easy month. If the coronavirus didn’t impact you directly, headlines concerning the pandemic surely stirred up anxiety related to the current moment’s uncertainty. On top of the health crisis, outlets and events for the queer community are being closed and canceled at an alarming rate, leaving LGBTQ folks with very little light at what’s looking to be a much longer tunnel than expected.

But let’s not dwell on the bad stuff. In 2015, Harvard researcher Shawn Achor, psychologist Michelle Gielan, and HuffPo founder Arianna Huffington conducted a study to understand the effects of consuming negative versus positive news. Of the 110 test subjects, half watched three minutes of depressing news while the other half watched uplifting stories. Naturally, those who consumed the happier fare reported a greater sense of joy once the three minutes were over. The consequences extended far beyond those three minutes, however. “Individuals who watched just three minutes of negative news in the morning had a whopping 27% greater likelihood of reporting their day as unhappy six to eight hours later compared to the positive condition,” the researchers noted.

While it’s crucial to stay on top of current events, it’s equally important to take care of your mental health. So, instead of ruminating on what’s wrong with the world right now, we’re taking time to celebrate stories from the LGBTQ community that are making it right. Here are 10 infectious LGBTQ headlines from the past month to give you an incurable case of happiness.

1. Andorra will be the 17th country in Europe to legalize same-sex marriage. 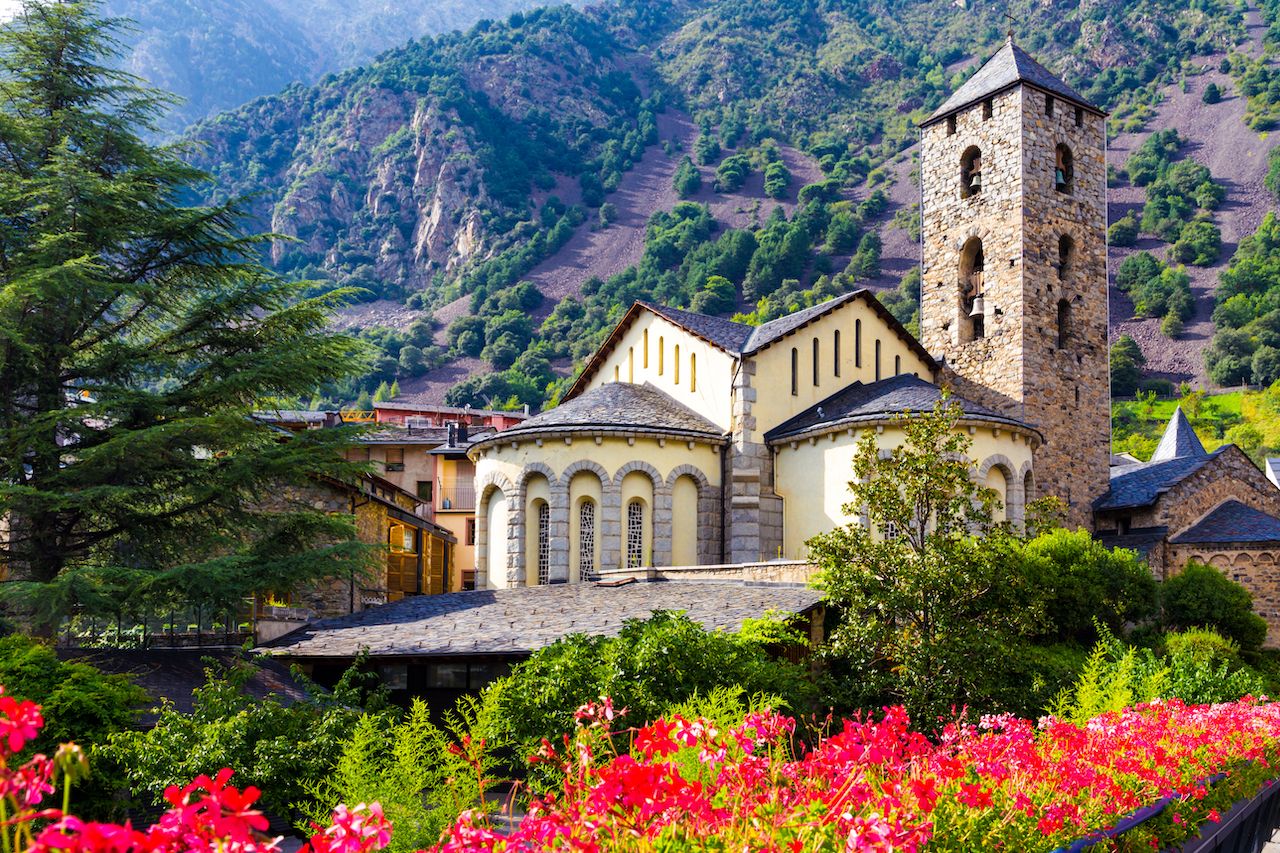 Let’s raise a quarantini to Andorra! According to Reuters, the pint-sized nation sandwiched between France and Spain recently announced that it’s legalizing same-sex marriage. A bill presented by the country’s ruling coalition will remove the distinction between same-sex civil unions and heterosexual marriages. The law should take effect in the coming months.

Although the country only has 80,000 inhabitants — smaller than the population of Billings, Montana — this news is huge. Katrin Hugendubel, advocacy director at ILGA-Europe, called the decision “a message to all of Europe that human rights are not to be forgotten, or to be exploited for political gain, at this time of global turbulence.”

2. Patti LuPone’s basement tours are the antidote to cabin fever.

If you picked up on that not-so-subtle Company reference, do yourself a favor and tuck into Broadway beltress Patti LuPone‘s two-minute tours of her basement. LuPone, who was playing Joanne in the NYC revival of Company before New York theaters shut down, staves off cabin fever by showing Twitter fans her kooky collection of old-school paraphernalia and boogying to Creedence Clearwater Revival. She even finds time to give late playwright Terrence McNally a sober, heartfelt tribute amidst her exuberantly speed-addled tours. Don’t cry for Patti, Twitterinis. The truth is, she never left you — she’s just in her basement waiting for the pandemic to pass.

4. A lesbian couple got married in an adorable, socially responsible way.

NYC-based couple Reilly Jennings and Amanda Wheeler planned on getting married in October until the uncertainty surrounding COVID-19 began dramatically altering daily life. They decided to tie the knot early, but as they headed to the local courthouse on March 20 with a newly minted marriage license, they received terrible news. The marriage bureau was closed for the foreseeable future; no one could perform their wedding ceremony.

In a twist of concrete-jungle magic, one of their close friends came to the rescue. The friend, a legally ordained minister, offered to perform the ceremony himself at a safe social distance. In a scene like something from a sci-fi rom-com, Jennings and Wheeler said “I do” on the street while the minister officiated from his fourth-floor apartment window. If you cry at Hallmark Christmas commercials, get out your tissues to watch the video on Instagram. The ceremony, replete with a passage from the suddenly resonant Love in the Time of Cholera, is a joyously queer tear-jerker.

Conversion therapy, a form of torture designed to change a person’s sexual orientation or gender identity, will no longer be allowed in Canada. On March 9, the federal government introduced legislation to criminalize the debunked practice. The new law, which fulfills one of Justin Trudeau’s 2019 re-election campaign promises, will make Canada the fourth country in the world to outlaw conversion therapy — a monumental step forward for LGBTQ rights.

6. Drag queens are raising money for other drag queens. 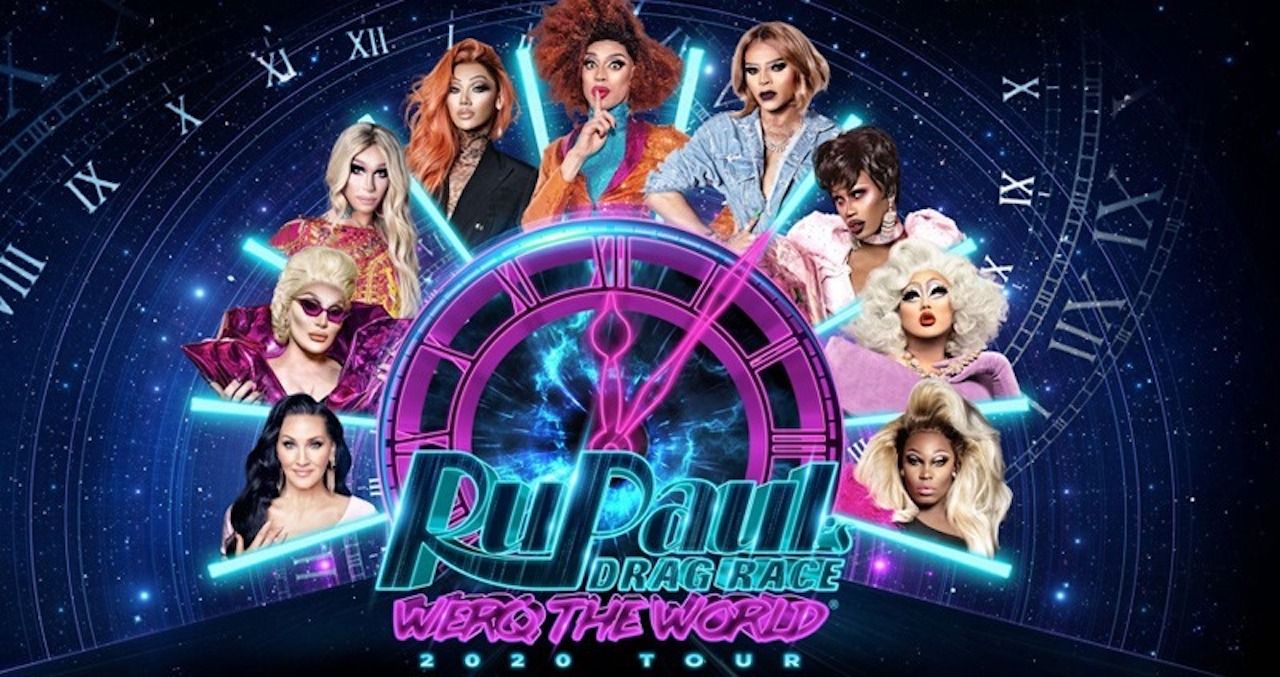 RuPaul’s Drag Race Werq the World has toured to 95 cities across five continents, and in response to the pandemic, they’re taking the show to a new frontier — the internet. On April 4, gown-clown legends Lady Bunny and Bianca del Rio will host performances featuring Ru’s sisterhood of the traveling wigs to benefit drag entertainers around the country who lost their income due to COVID-19-related business closures. With tickets as cheap as $10, the price of digital admittance is still lower than buying a cocktail in a New York City gay bar — and the closest simulation you’ll get to being in one for quite a while.

7. Queer celebrities are donating medical supplies to hospitals in need. 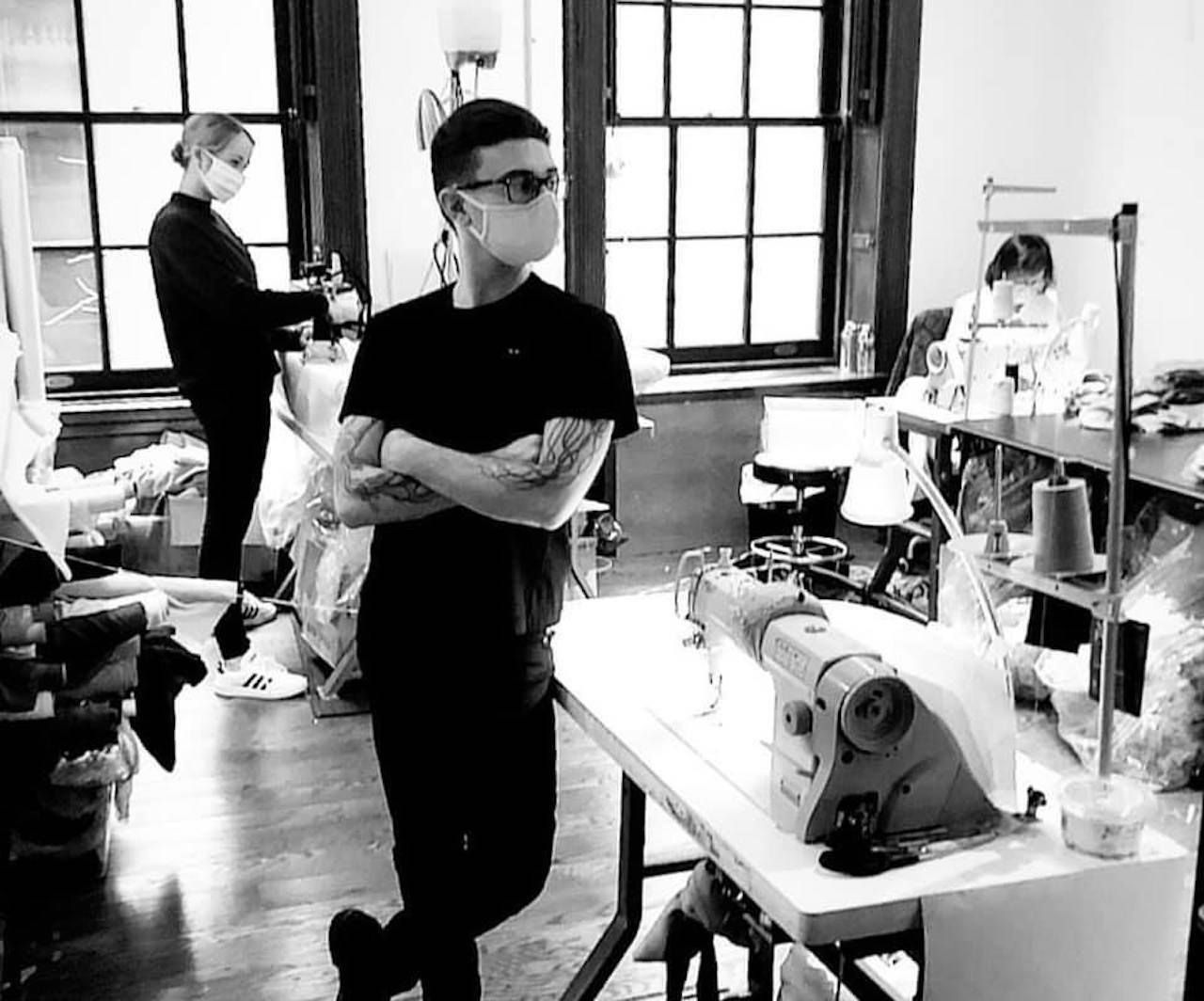 Pose, the queer FX drama about NYC’s ball culture in the late 1980s and early 1990s, often deals with storylines related to the AIDS crisis. As a result, the show features hospital scenes that use real hospital equipment as props. When the COVID-19 crisis struck New York this month, Pose co-creator Ryan Murphy decided to donate the props to Mount Sinai, a New York hospital struggling in the wake of the pandemic.

Murphy isn’t the only queer celebrity helping their community. After Governor Cuomo expressed concern about a shortage of protective masks for New York’s healthcare workers, clothing designer Christian Siriano donated his time to make more for those in need. By March 25, Siriano and his sewing team assembled nearly 1,000 masks. Doing your civic duty is the latest spring fashion — get into it.

8. Laura Benanti is listening to students sing songs from their canceled spring musicals.

Dark times for all. Trying to find some bright spots. If you were meant to perform in your High School musical and it was cancelled please post yourself singing and tag me. I want to be your audience!! Sending all my love and black market toilet paper. 💛 pic.twitter.com/BVYR4t3dJE

As schools around the world closed their doors due to the coronavirus, Broadway star Laura Benanti (She Loves Me, Gyspy) reached out on Twitter to give theater students a little hope. “If you were meant to perform in your high school musical, and it was canceled, please post yourself singing and tag me,” the actress wrote. “I want to be your audience!” Thousands have responded to her post with the hashtag #SunshineSongs, offering students the opportunity to share their hard work with a global audience, even if the curtain never goes up on their much-anticipated spring productions.

9. New music by LGBTQ favorites are giving us a reason to dance.

British pop princess Dua Lipa, an LGBTQ ally, did her fanbase a favor by dropping her newest album, Future Nostalgia, on March 27 — a full week ahead of schedule. “I hope [the album] brings you some happiness, and I hope it makes you smile, and I hope it makes you dance,” the singer said on social media. For those who haven’t tried a virtual dance party with friends via Zoom or House Party, this is the time to give it a whirl.

If pop isn’t your number-one proclivity, worry not: Queer country singer Orville Peck will release a new single, Summertime, on April 1. Here’s hoping we can listen to the masked musician’s sultry voice while celebrating with friends once the eponymous season rolls around.

10. Nina West is the drag queen babysitter we all need. 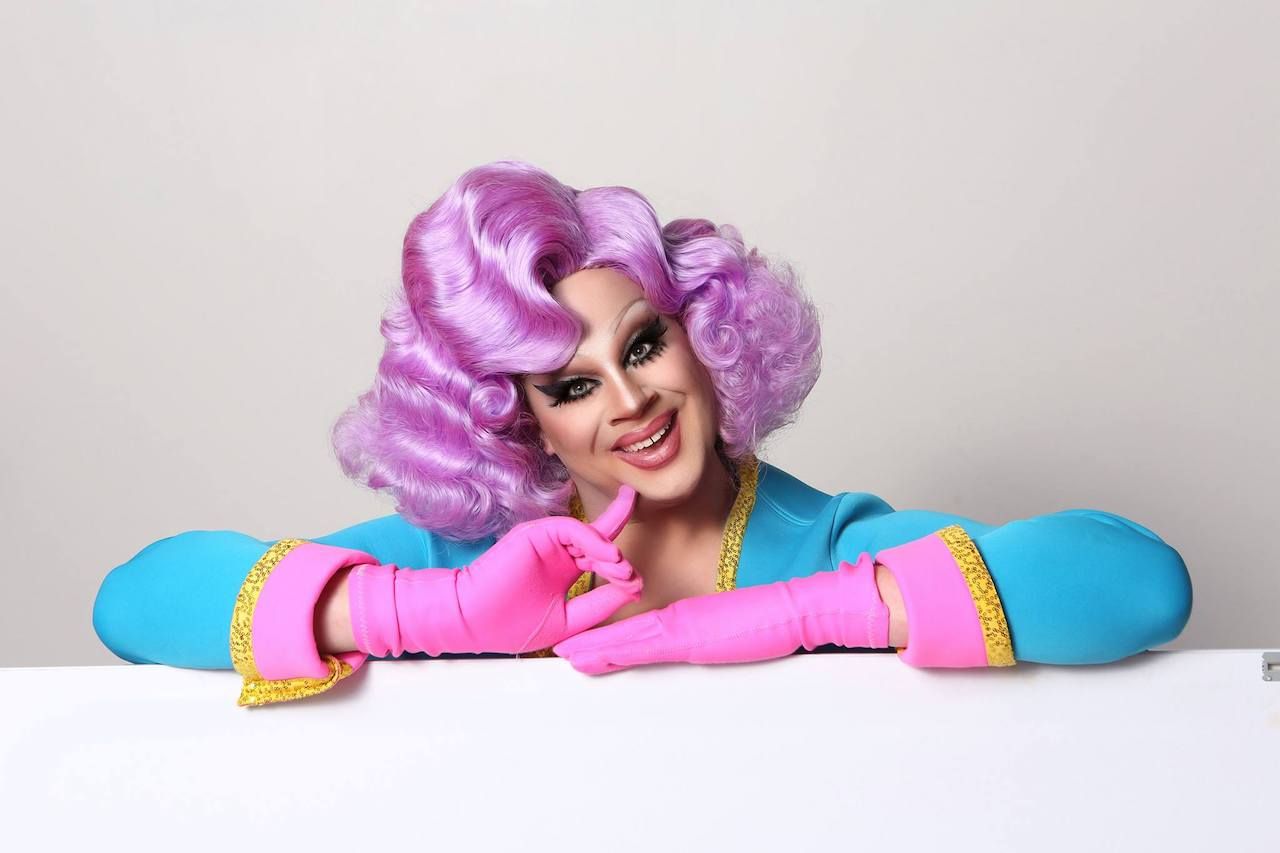 A closed library isn’t stopping drag superstar Nina West from teaching the kids how to read, honey. West has been reading a new children’s book every week to kids tuning in around the world. In the fashion of Drag Queen Story Hour — a pastime embraced by open-minded librarians around the United States — West brings out the big wigs in an all-inclusive kids-lit celebration. Check out past performances of the show, entitled Story Time with Nina!, on West’s Instagram.

BooksCheerful Books That Will Bring You Joy During This Isolating, Scary Time
Tagged
LGBTQ Travel News
What did you think of this story?
Meh
Good
Awesome