I’ve been to the Vatican three times: once as a child, once as a teenager, and once as a clavigero, or key keeper. Officially, only 11 clavigeri hold the 2,797 keys to the Vatican Museums. But on my most recent trip to Rome in July, I had the chance to shadow one of the key keepers on his morning routine and personally open some of the museum complex’s 300 doors on a Walks tour by City Experiences. 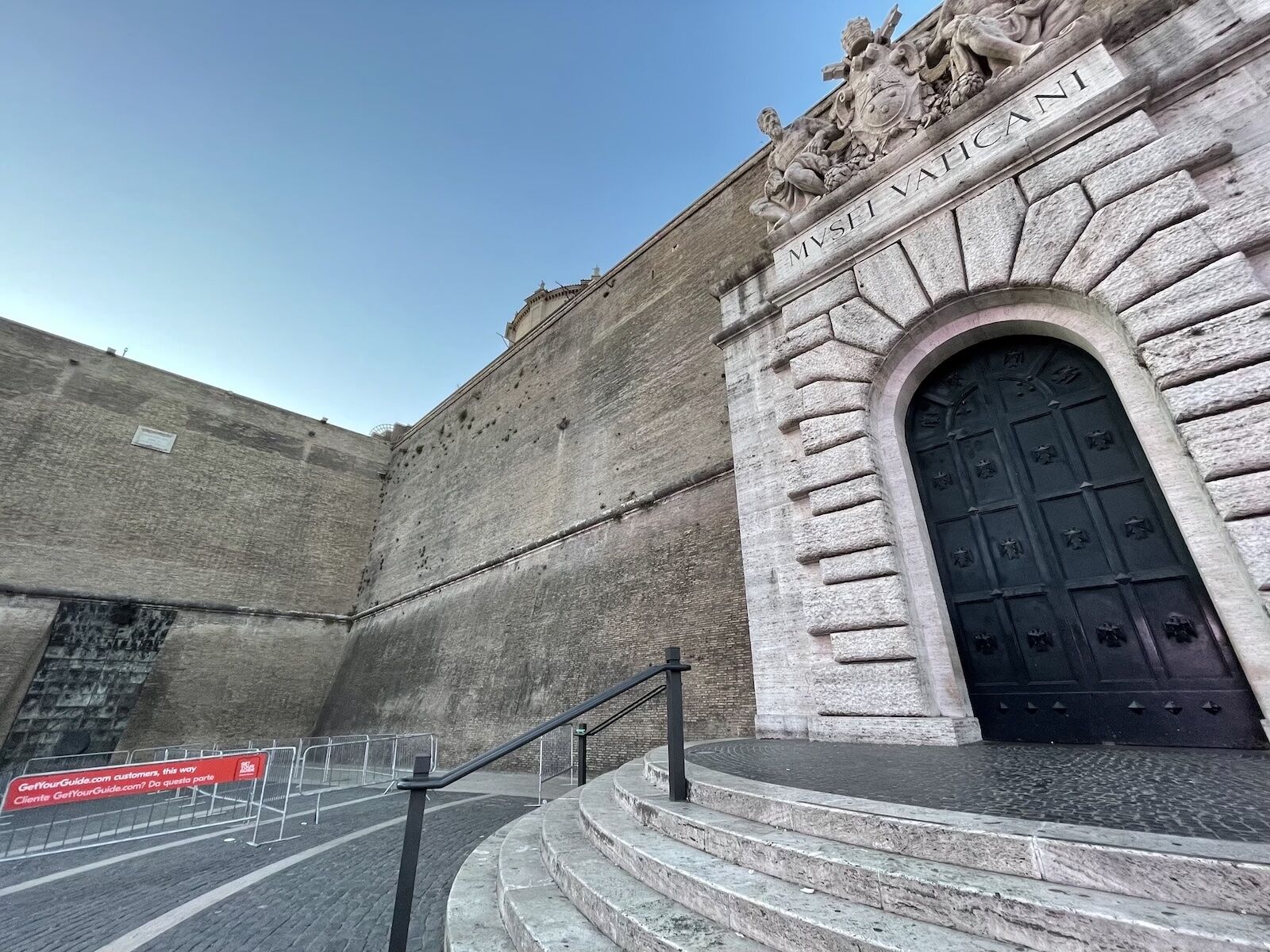 Morning shifts for clavigeri begin at 5:30 AM. My group of nine gathered outside the Vatican at dawn where we were joined by our guide, Julia, who spoke more animatedly about Italian art than any sports fan I know talks about their home team. Inside, we met one of the Vatican’s clavigero, followed him to retrieve a comically large key ring, and began preparing the museums for visitors.

The Vatican Museums see some 25,000 visitors each day. On both of my prior visits, it felt as if all 25,000 people had decided to come at once. To see the grounds devoid of tourists was as mesmerizing as any of the rooms therein, with the exception of the Gallery of Maps, a long gilded hallway that appeared to glow in the dark even before one of the members of my group flipped the light switch to reveal its full radiance. 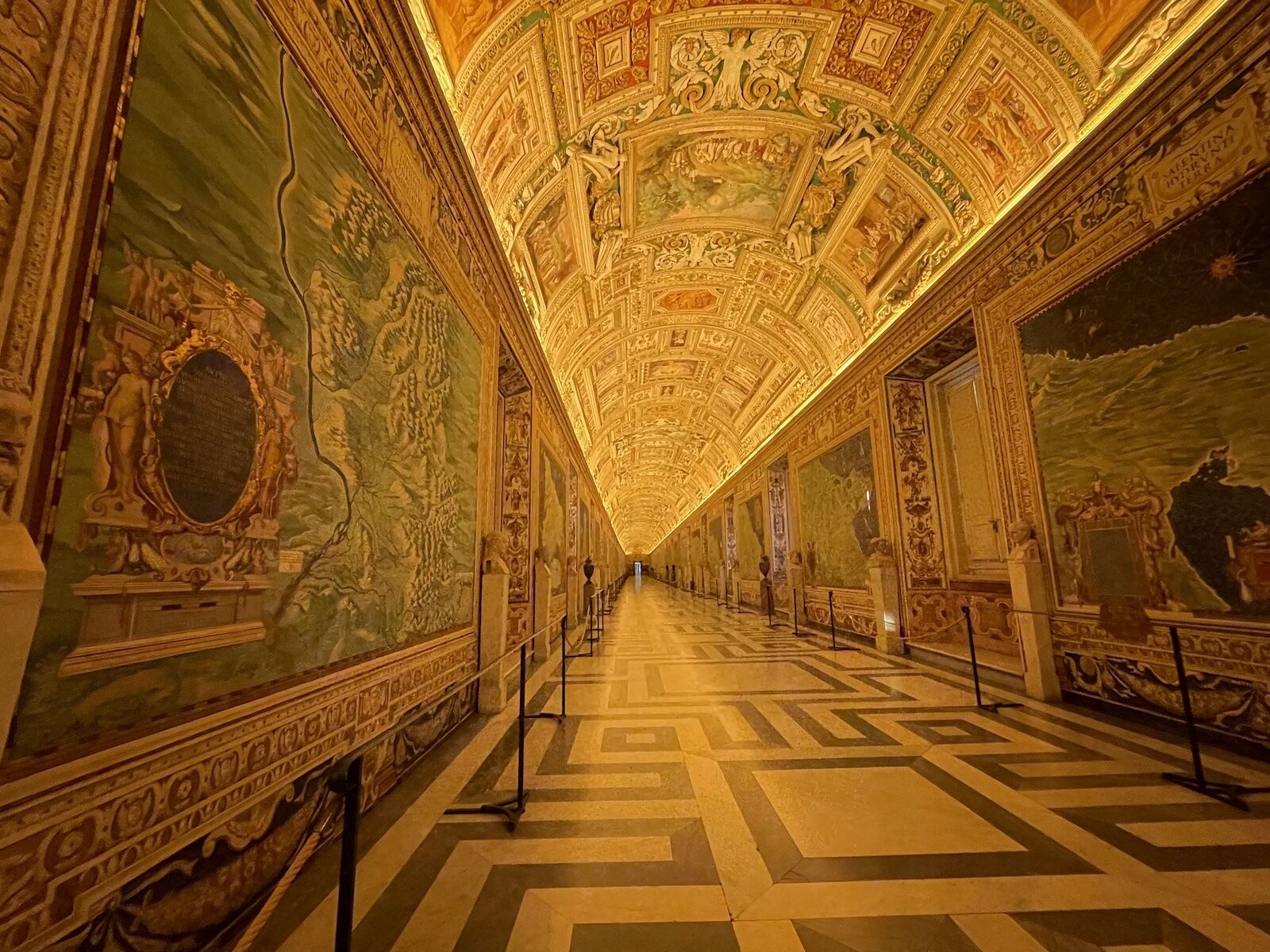 Another member of the group strategically waited to volunteer as key keeper until everyone else had taken a turn in the hopes that she’d be the one to open the door to the Sistine Chapel. In the end, each of us got to perform several tasks during the two-hour tour, but we did agree to let that particular group member turn the final key — functional replicas of which, I learned, are sold in the gift shop for just $10.

Empty, the Sistine Chapel looked three times larger than I remembered. Even the ceiling looked taller. Halfway through Julia’s lesson on what she considered to be the most significant panels, two men entered the room to clean and polish the floors, reinforcing the feeling that we’d become insiders at one of the world’s most prestigious attractions.

(We later found out that the Gladiator himself Russel Crowe was also in Rome and had arranged a VIP tour of the Vatican that began a little after ours, which only confirmed our VVIP status.) 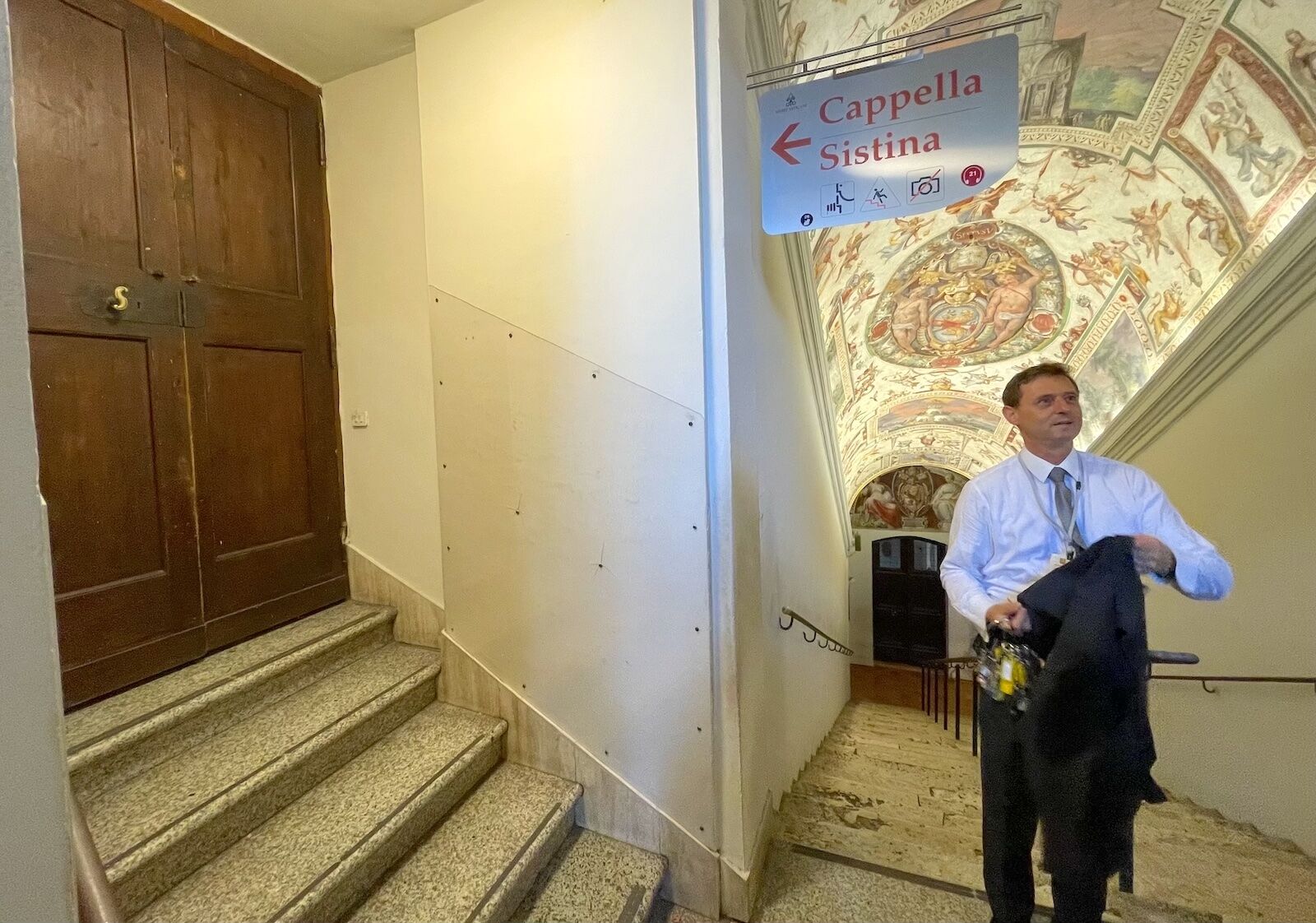 But the Vatican Key Master Tour doesn’t just open literal doors. It also opens the door to corners of the museum that are off-limits to the general public, such as the Bramante Staircase with its secret panorama of Rome and the patio overlooking the Cortile della Pigna, or Pinecone Courtyard. Anyone can access the courtyard — you can even eat breakfast there, complete with eggs from the pope’s estate — but few get to see the 13-foot oxidized bronze pinecone fountain for which the courtyard is named up close.

In another example, as we passed through the Cortile delle Statue, or Statues Courtyard, we were taken behind the velvet rope protecting the centerpiece Laocoön and His Sons sculpture to see a hidden artifact plastered to the back: the central figure’s original right arm, which was uncovered centuries after the rest of the sculpture was found. 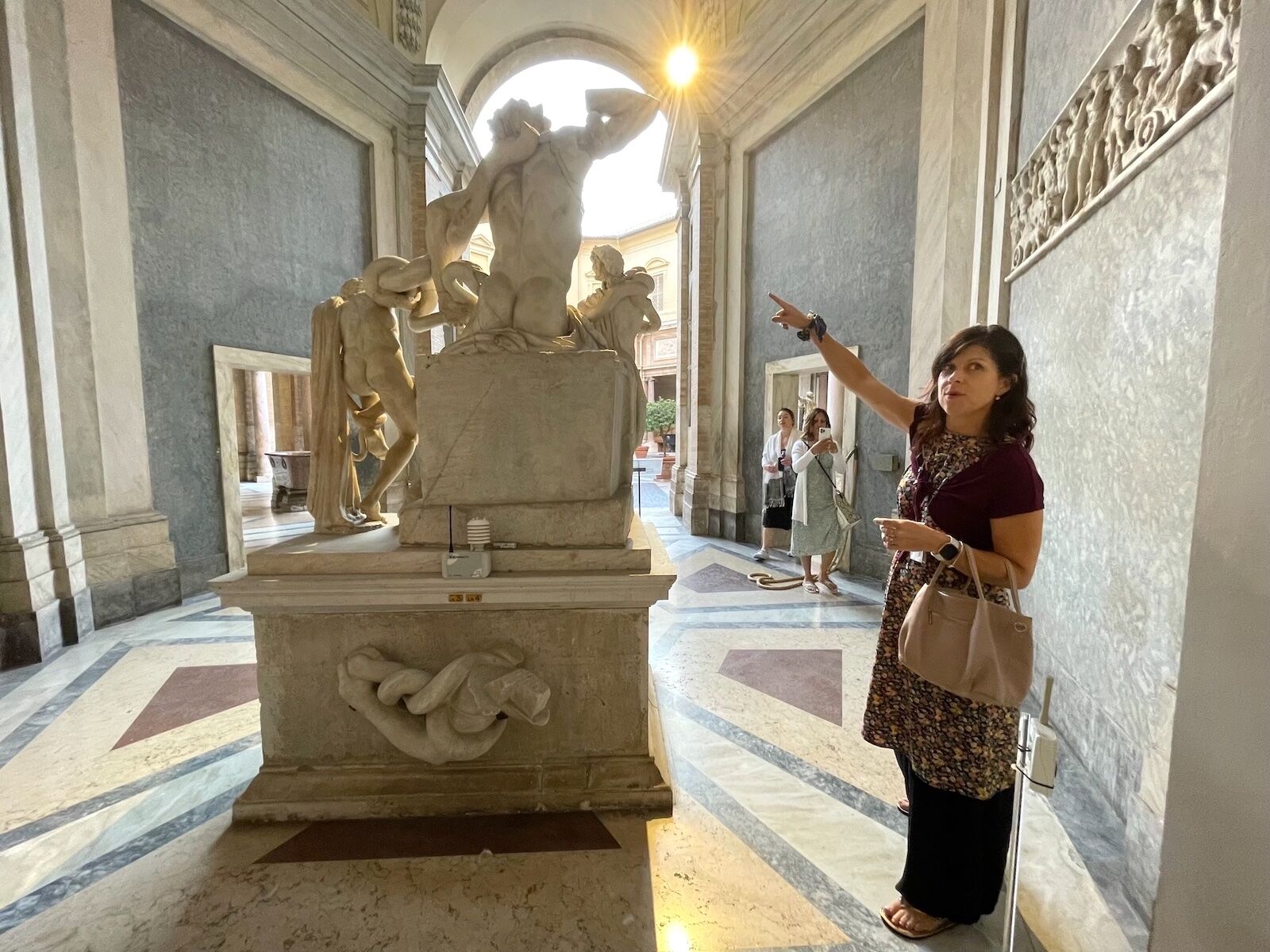 You might think that a VVIP Vatican tour comes with an ungodly price tag, but at roughly $350 per person, the Walks-exclusive tour is surprisingly accessible. And it’s one of many City Experiences you can book in Rome, some of which cost as little as $30. (City Experiences also operates in 13 other cities across the globe.)

During my four-day trip to Rome, I took five tours, which are split between three categories: Walks, Devour Tours, and Essential Experiences. These were the highlights. 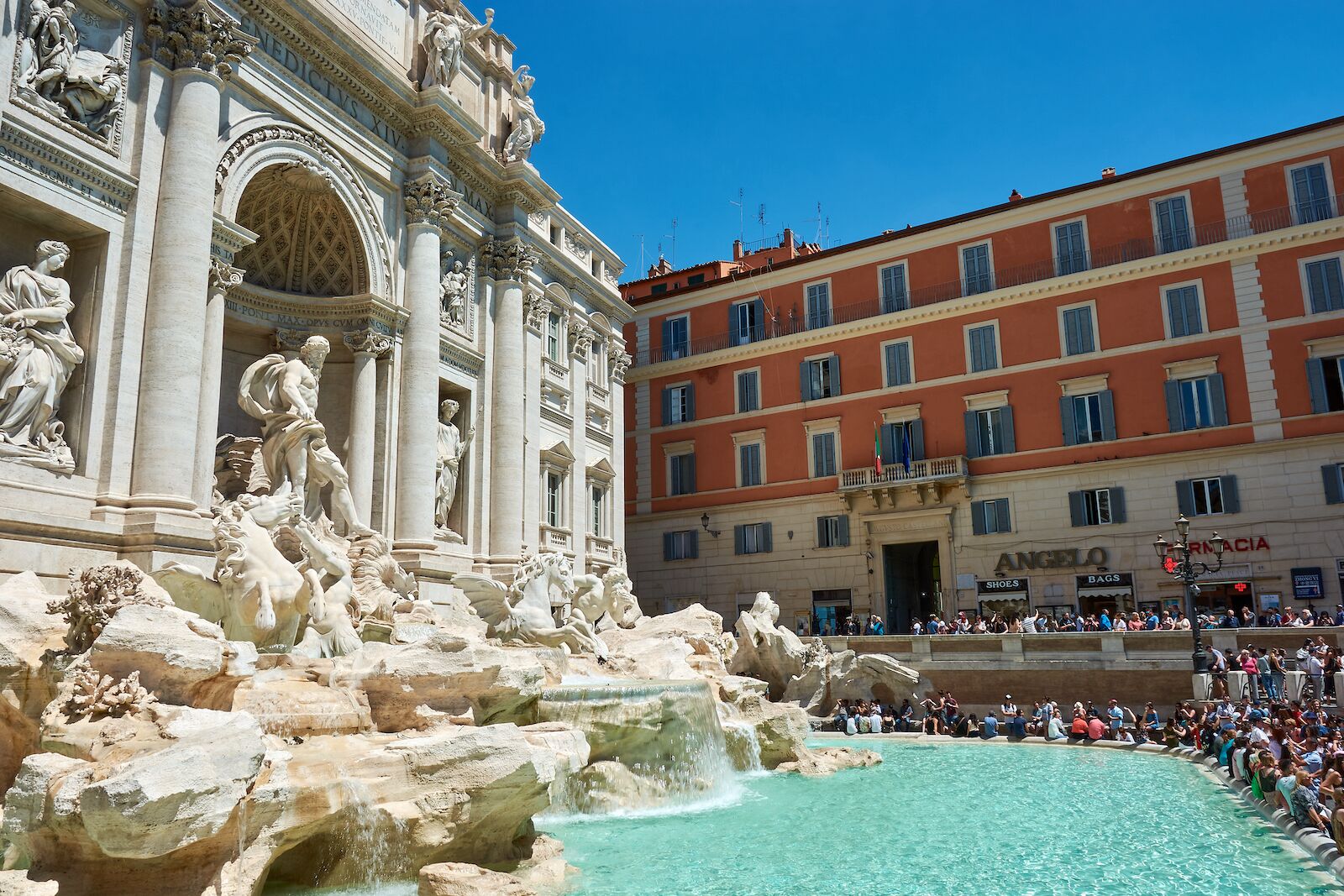 Within minutes of dropping off my bags at the Bio Hotel Raphaël on the afternoon I arrived in Rome, I found myself on a walking tour of some of the city’s greatest hits. My group met our guide, Emma, at nearby Piazza Navona where we launched into a history lesson behind the Fontana dei Quattro Fiumi, or Fountain of Four Rivers. From there, we ventured to the Pantheon, the Trevi Fountain, and the Spanish Steps while Emma pointed out other landmarks in passing and treated us to gelato across from the Pantheon. Though I’d already seen most of the attractions on the list, Emma was a wealth of fun facts I’d never heard before, both about Rome’s landmarks (the Spanish Steps were, ironically, funded by the French) and contemporary Roman life (Italians always say yes to la panna, or fresh whipped cream, when they get gelato). 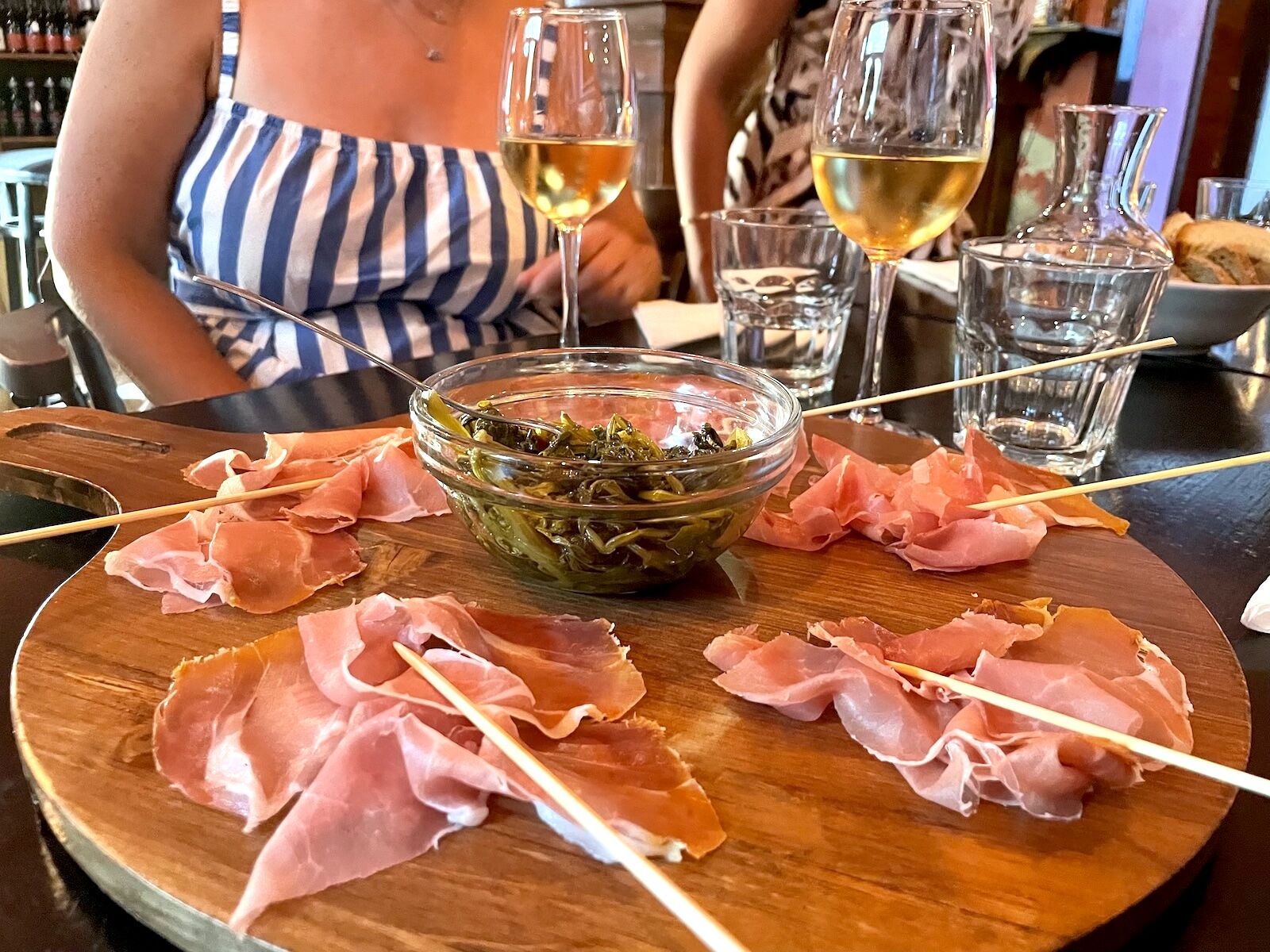 The Vatican Key Master Tour was the most memorable tour I took in Rome. This was the second. We met our guide, Fernanda, in the increasingly trendy Trastevere neighborhood for aperitivi and dinner, although she insisted that we think of her as a friend. We made three aperitivi stops — Enoteca La Vite for natural wine and thinly sliced prosciutto; Bar San Calisto for Aperol and Campari spritzes; and La Latteria for more natural wine and a trio of bruschette — before stopping for dinner at Ristorante Ferrara. Along the way, Fernanda also taught us how to distinguish tourist traps from a local restaurants in heavily trafficked areas (avoid menus with English translations and American-Italian dishes; steer clear of restaurants with plates of food on display; say no when someone on the street tries to convince you to eat at their restaurant; and above all else, skip any restaurant serving dinner too early — Italians typically eat between 8 and 10 PM). La Latteria’s sheep’s cheese bruschetta was a highlight for me, but the real treat was the long list of thoughtfully curated food and drink recommendations around the city that Fernanda shared with us at the end of outing. 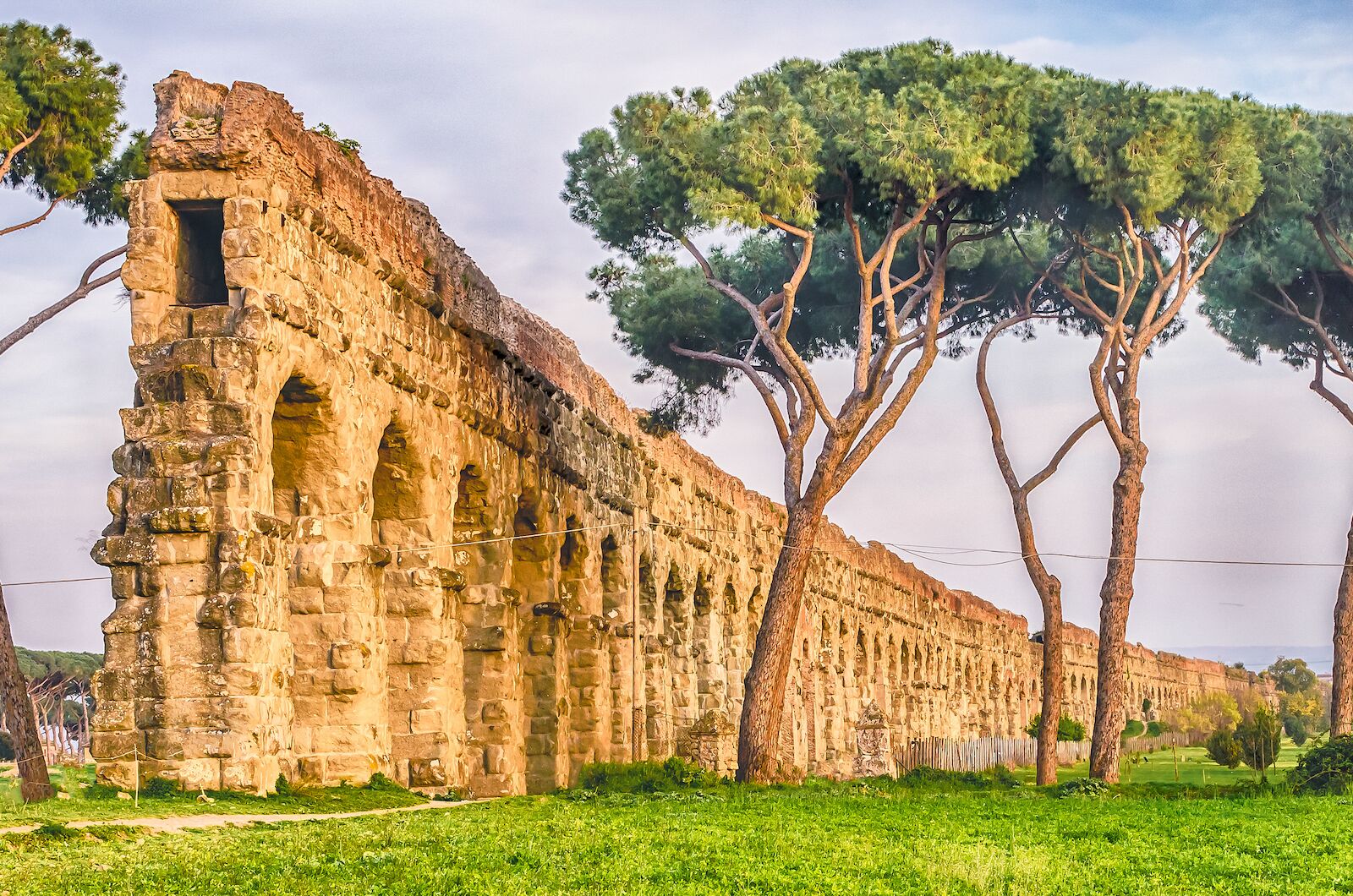 I’d gone into this tour thinking it centered on the Catacombs of San Sebastino, but the first stop on our list was the Roman Aqueducts. It was the only walking tour I took that required a vehicle, but that also gave my group the chance to drive part of the ancient Apppian Way. After busing from the aqueducts to the catacombs, we returned to our starting point in Piazza Barberini and walked to our final destination: the Capuchin Crypt, or Bone Chapel. There, we learned about the lives of Capuchin friars, saw what are believed to be original Carvaggio paintings, and toured a chapel that’s ornately decorated with the remains of thousands of late friars. Reactions to the chapel were mixed — some were struck by its beauty, others arrested by our proximity to real human bones — but we all agreed that it was one site we’d not soon forget. 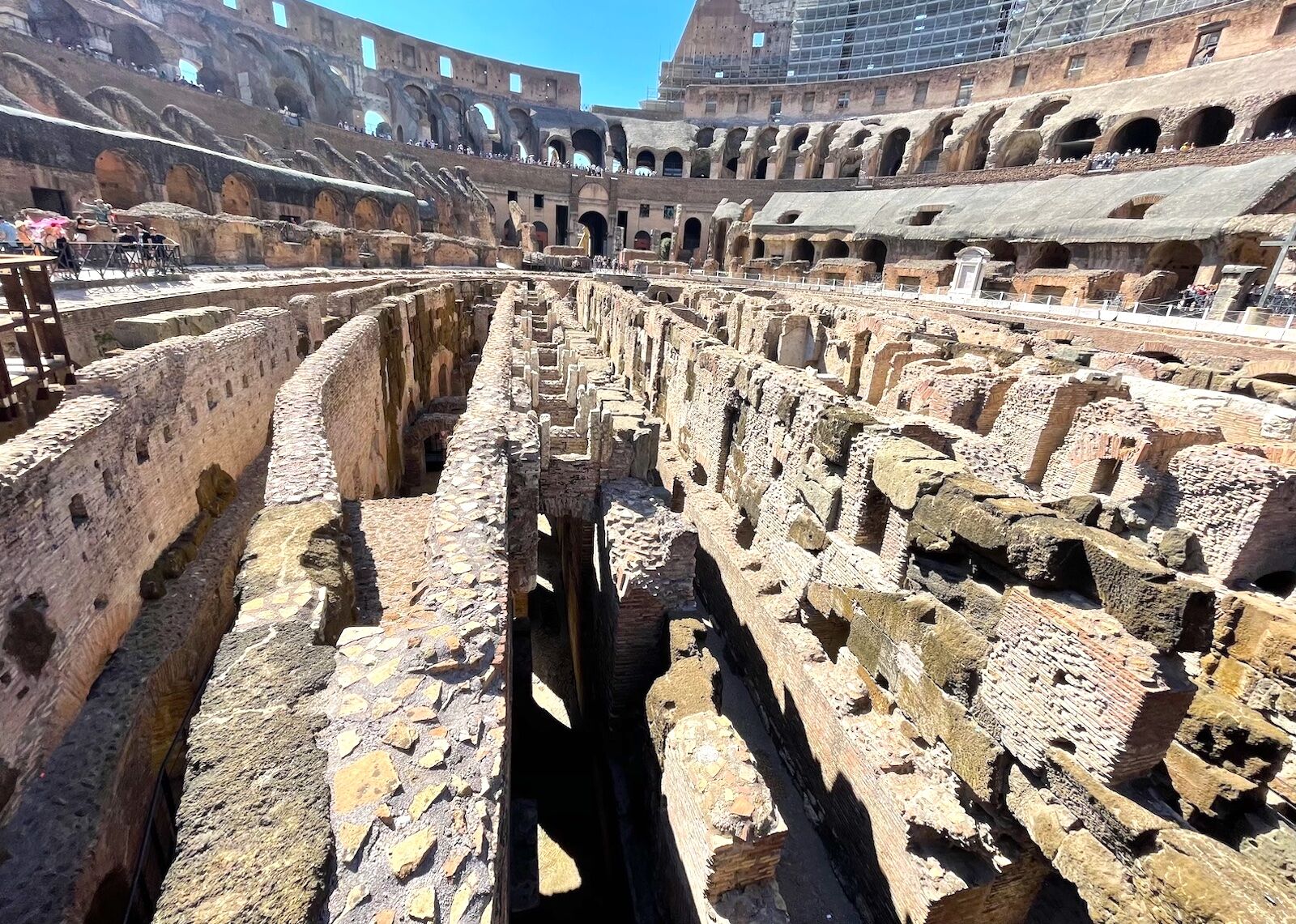 This was the last tour I took in Rome. Like the Vatican, I’d visited the Colosseum several times, but our guide, Dario, carried on the City Experiences promise of having levels of both charisma and knowledge that I’ve rarely encountered on guided tours. Still, the biggest benefit to this Walks tour was being able to skip the general entry line. When it’s 95 degrees outside, the last thing you want is to have your energy zapped standing among mass of tourists before you even get to enjoy the attraction you came to see. After a jam-packed week in Rome, ending my trip like a VIP was the proverbial la panna on top of the gelato — even if I didn’t get to open the gates to the Colosseum myself.

Road Trips7 of the Prettiest Towns for a Quick Day Trip From Rome
Tagged
Culture Rome, Italy
What did you think of this story?
Meh
Good
Awesome