Toronto has a strong culinary culture that’s reflected in the diverse cuisines and eclectic mix of eateries throughout Canada’s largest metropolitan area. Hundreds of restaurants line the streets of the city, from trendy coffee shops to fine-dining experiences to dessert bars. Among these options in a city known for veal sandwiches and oysters, vegan and plant-based restaurants are on the rise, offering far more than a basic salad or light plate of veggies. Throughout the city, you’ll find vegan pizzerias, vegan brunch spots, and even vegan comfort classics in popular joints frequented by both plant- and meat-lovers. These seven vegan spots in Toronto take it to the next level with innovative menus, each bringing a unique aspect to plant-based dining. 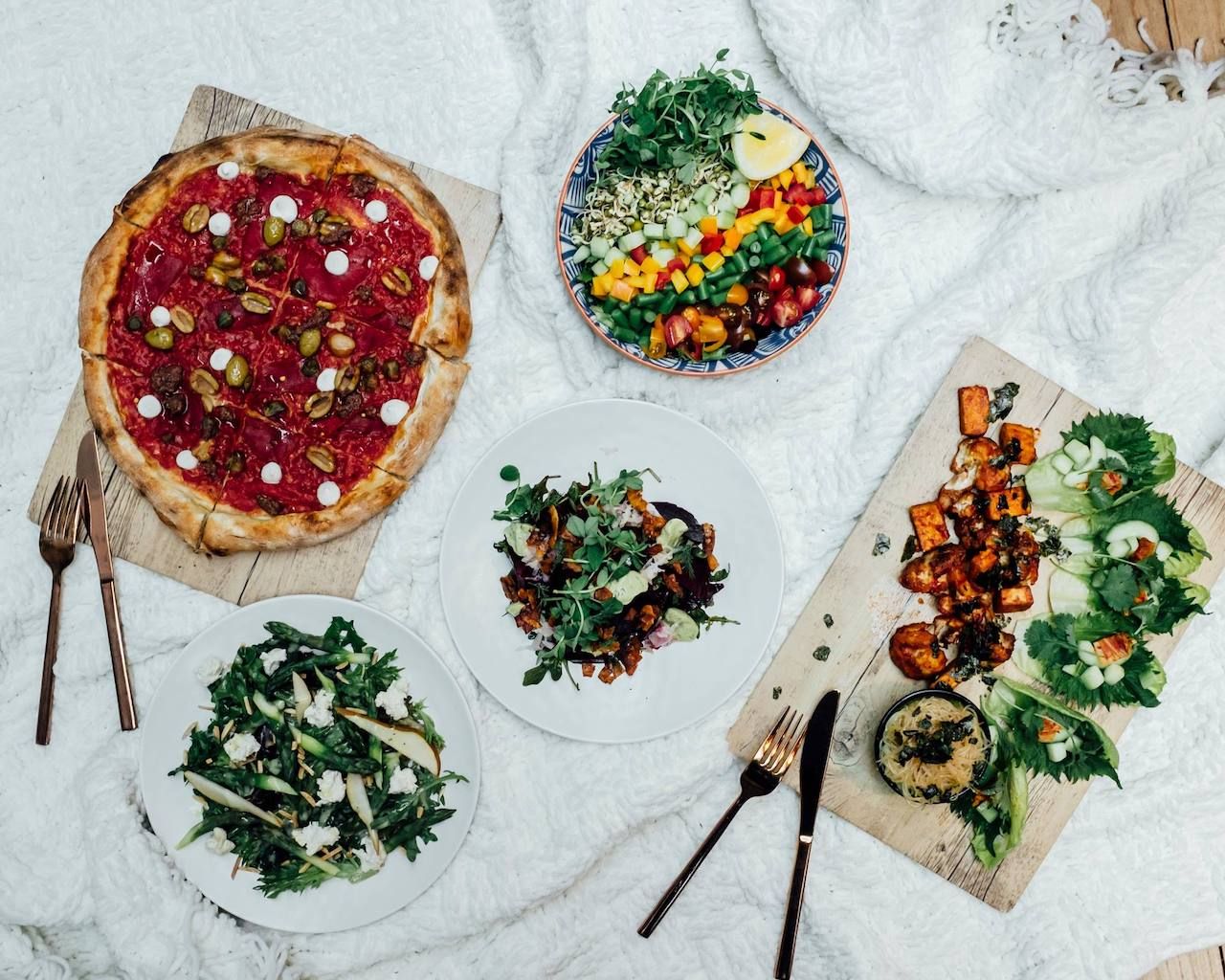 Those looking for an upscale vegan experience will be impressed with Planta’s sophisticated decor and prolific menu. Beyond the copper geometric chairs and plant-themed artwork, Planta offers elegant dishes and creative concepts, such as the refreshing avocado lime tartare, a bright dish made with colorful beetroot tuna and smooth avocado chutney. A local favorite is the cauliflower tots, which are tasty fritters made with cauliflower and truffle almond parmesan. This lively spot in the lavish Yorkville neighborhood features a wide range of custom cocktails and botanical lattes, with the pistachio rose mylk and turmeric lemonade as noticeable highlights. Planta has four locations around Toronto, each with a different theme (try Planta Burger if you’re after an original vegan burger). The Yorkville location is the most date-friendly option. 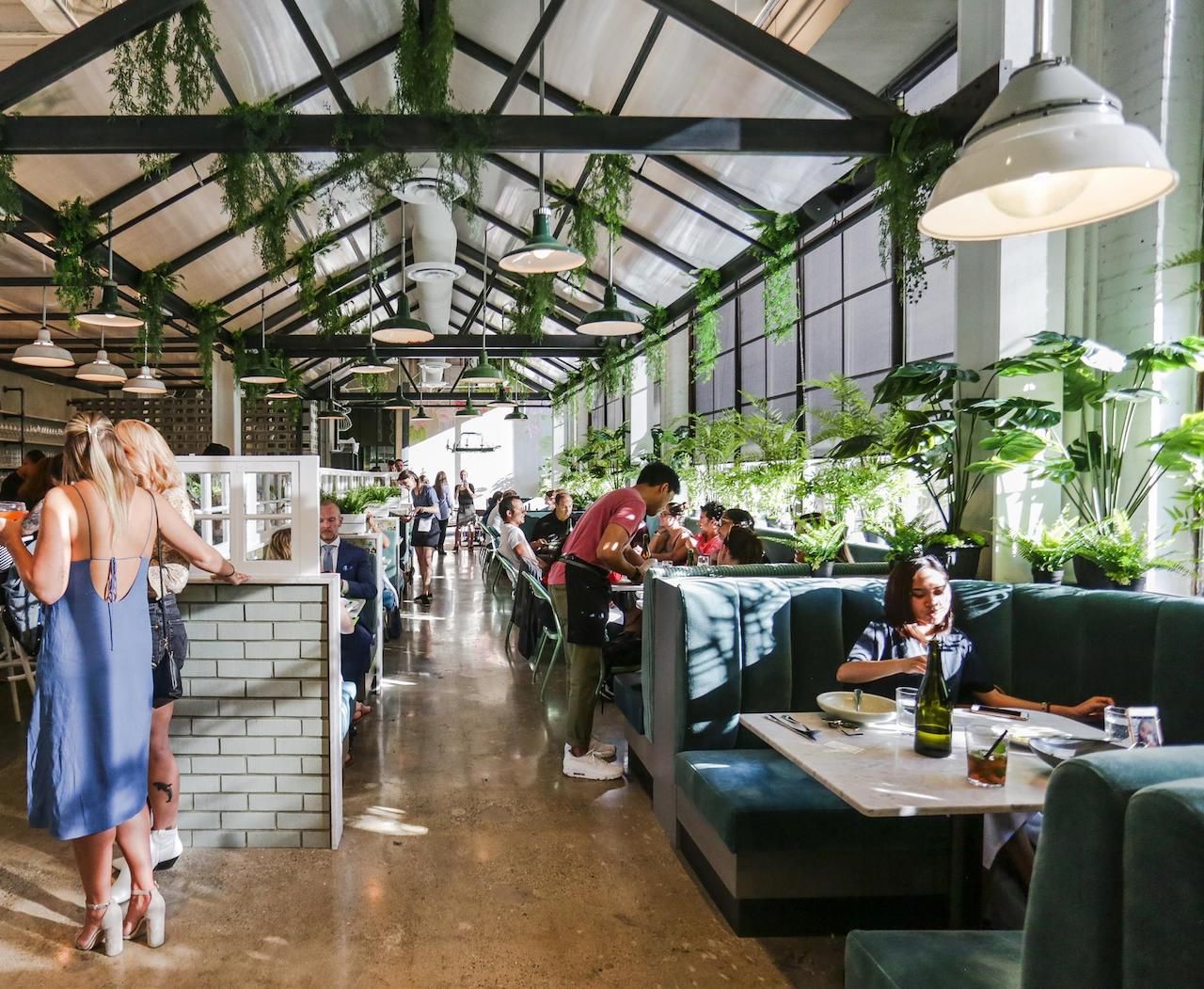 Located in Toronto’s bustling Financial District, Rosalinda brings a trendy, Mexican flare to the city’s vegan scene. Lush green plants hang from the tall ceilings, creating an atmosphere that feels as though you’re dining in a greenhouse. Rosalinda serves quirky vegan spins on tacos, tostadas, and other everyday Mexican dishes. If you’re looking for a smoky treat, the savory jackfruit tacos are topped with crispy taro root. Other popular dishes include grilled sweet potato with mango pico de gallo and a Tijuana-style broccolini plate. But you’ll likely walk out the door with two words on repeat — spiced churros (vegan, naturally). 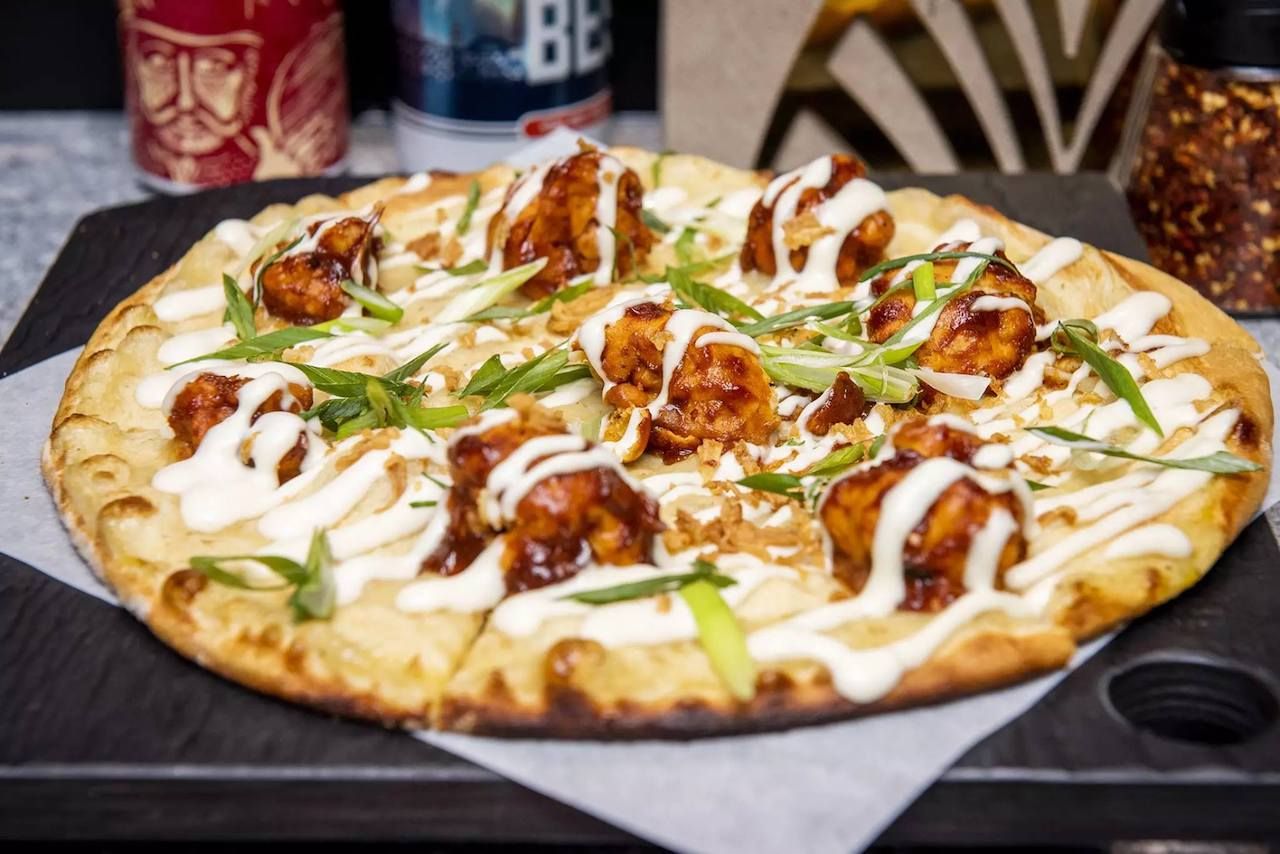 Vegan pizza doesn’t always have a strong presence at traditional pizza joints, and the concept of vegan cheese, at least to some, remains questionable at best. Virtuous Pie squashes those notions with original hand-crafted pizza topped with nut-based cheeses, including almond ricotta and cashew mozzarella that actually taste like the dairy-based originals. The Ultraviolet pizza is the best option for those warming up to the idea of a vegan pie, as its walnut-arugula pesto base isn’t too daring and it comes topped with tomatoes, kale, caramelized onions, and pine nuts. For those looking for a more traditional style pizza, there’s the classic Margherita pizza with a creamy tomato base and cashew mozzarella. The joint also serves vegan ice cream, featuring special flavors like saffron rose water and Thai tea. It’s situated within the Little Italy neighborhood, not too far from downtown and the waterfront, making it a convenient spot for happy hour after a day exploring the city. 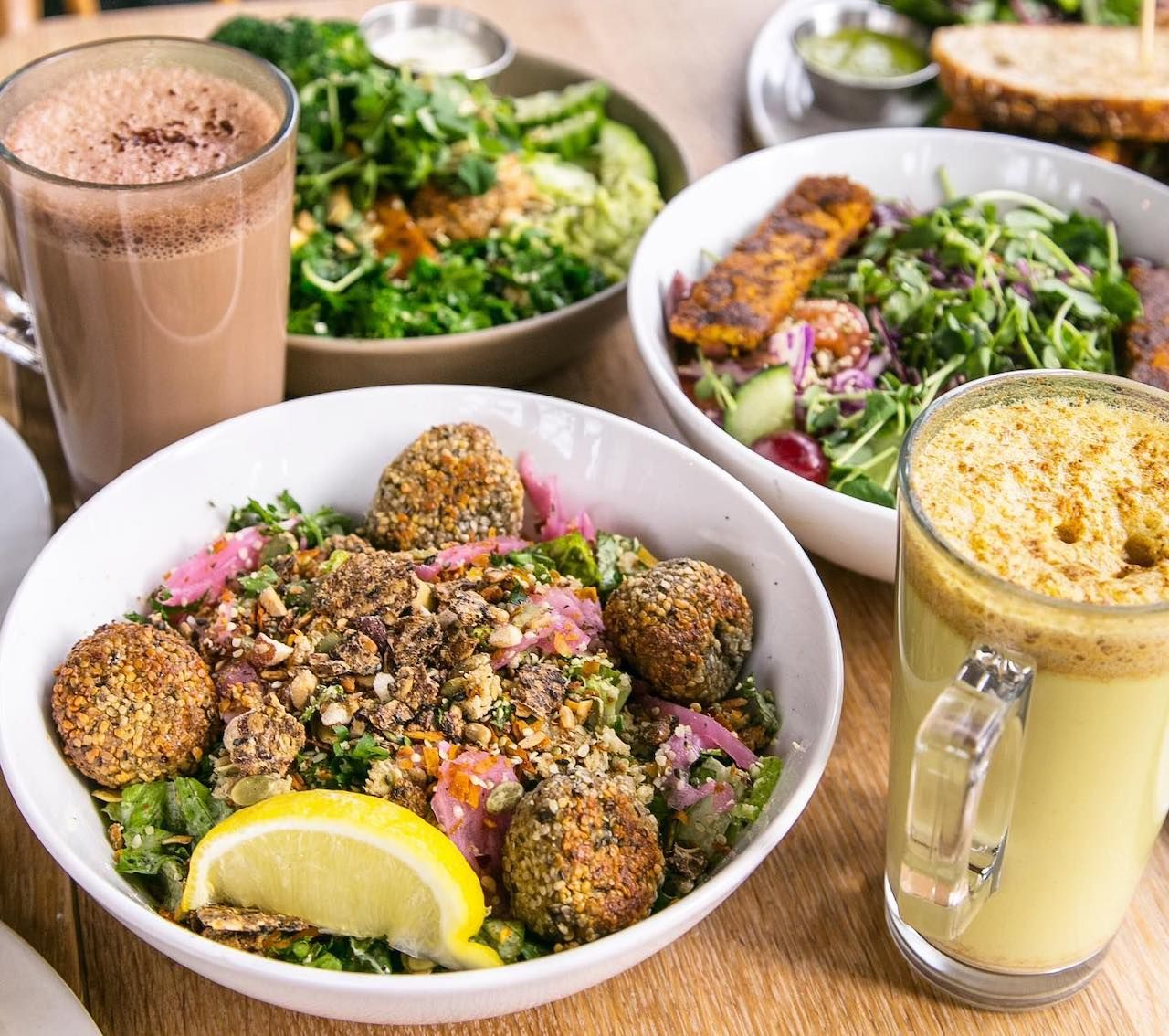 Toronto’s brunch scene channels Portland quite strongly in that no one waits for the weekend to savor a decadent brunch. Avocado toast and fruit-topped waffles are all over town, with Hello 123 serving the best vegan versions. The daily menu pushes the boundaries of creativity when it comes to vegan breakfast, restructuring popular dishes like eggs Benedict, done here with a kale and tofu ricotta and smashed avocado. If you’re up for something sweet, the sourdough French toast with almond butter and sliced banana is a jolt to the senses. The restaurant is located on the trendy Queen Street West with rustic, exposed-brick walls and an intimate interior. In addition to the brunch menu, Hello 123’s condensed lunch and dinner menu offers a neat variety of eclectic bowls and salads with fresh ingredients. 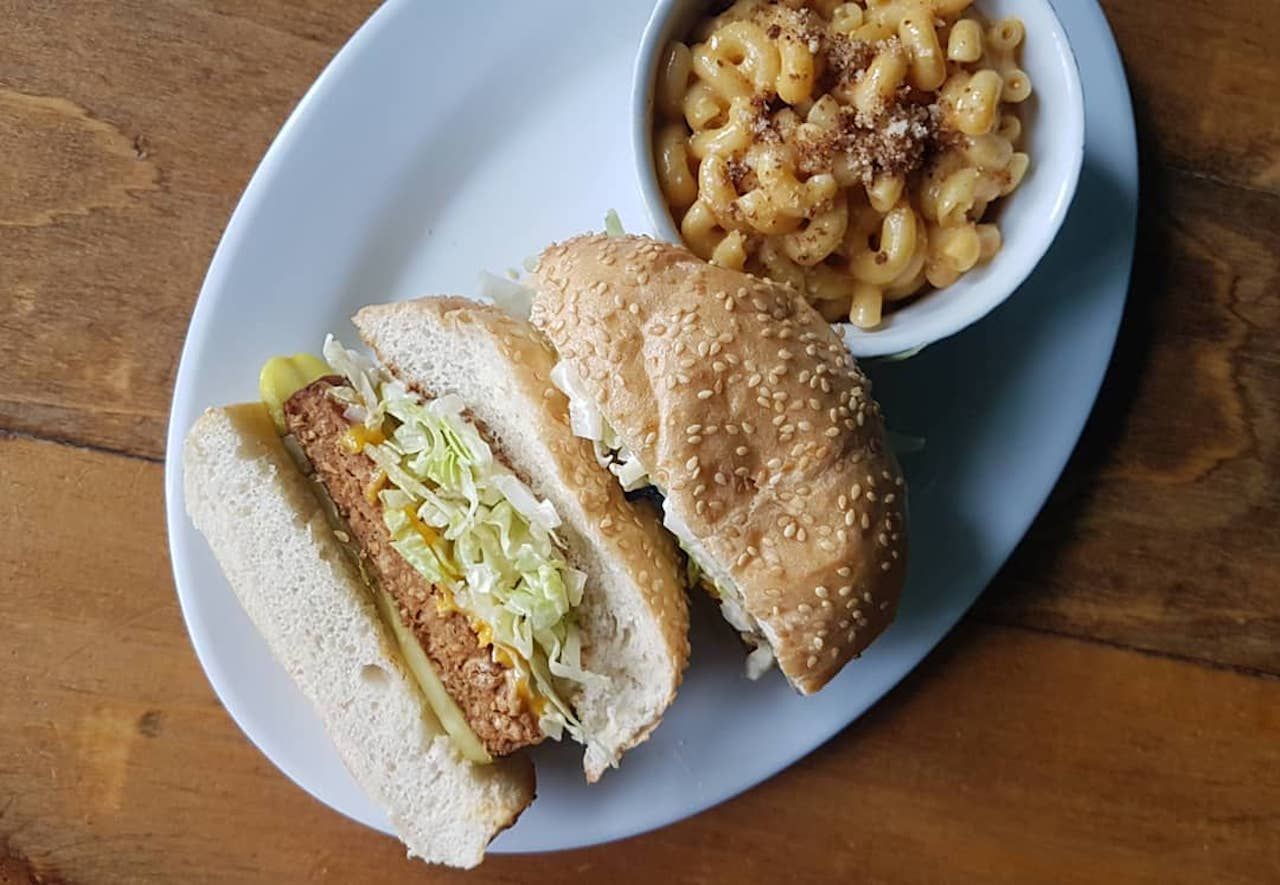 The Hogtown Vegan is the spot for when you want to take a break from plant-based greens and recall those fond memories of enjoying the meaty classics you had as a kid. Hogtown Vegan offers an extensive collection of burgers and sandwiches that are reminiscent of popular meaty classics, including the reuben, Philly cheesesteak, and pulled pork sandwich. Be sure to try the signature dish, Unchicken + Waffles. This vegan take on chicken and waffles is served with a side of sautéed greens and mashed sweet potato, and it’s topped off with cinnamon-spiced syrup. There are locations in both Kensington Market and the West End on Bloor Street. 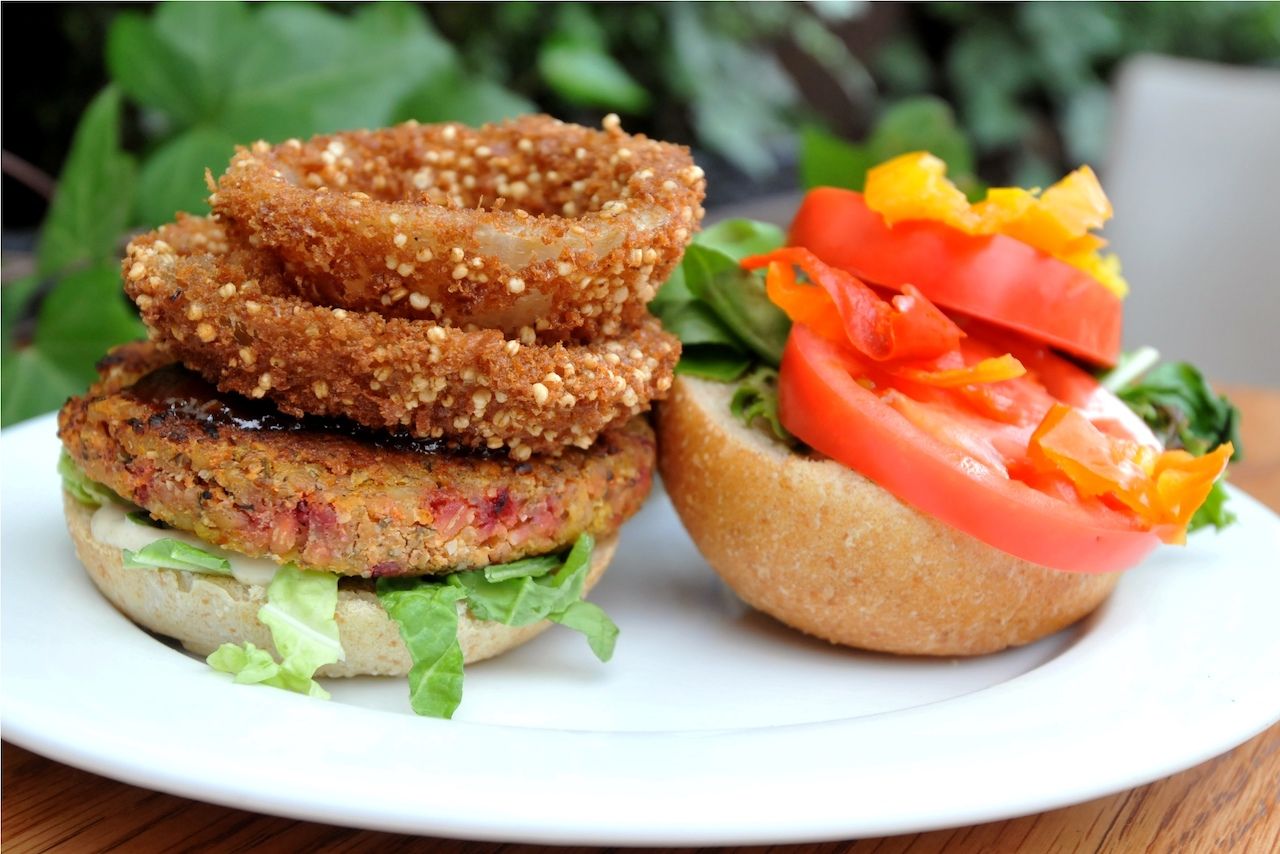 Long before vegan restaurants started popping up in the city, Fresh was the original source for plant-based food in Toronto. Options include brown rice and soba noodle bowls, loaded green salads, and vegetable tacos. Those with an adventurous palate should try the barbecue burger featuring the house-made patty topped with banana peppers, Napa cabbage, and quinoa onion rings glazed with crispy breadcrumbs. With one of the best plant-based beverage bars in the city, Fresh has a full menu page promoting cold-pressed juices, power shakes, smoothies, herbal lattes, house-made sodas, and kombucha cocktails. Fresh has five locations in Toronto, mostly with tight seating in a cozy environment. The Spadina location should be on the to-visit list, as it has recently expanded to offer a spacious and modern setting. 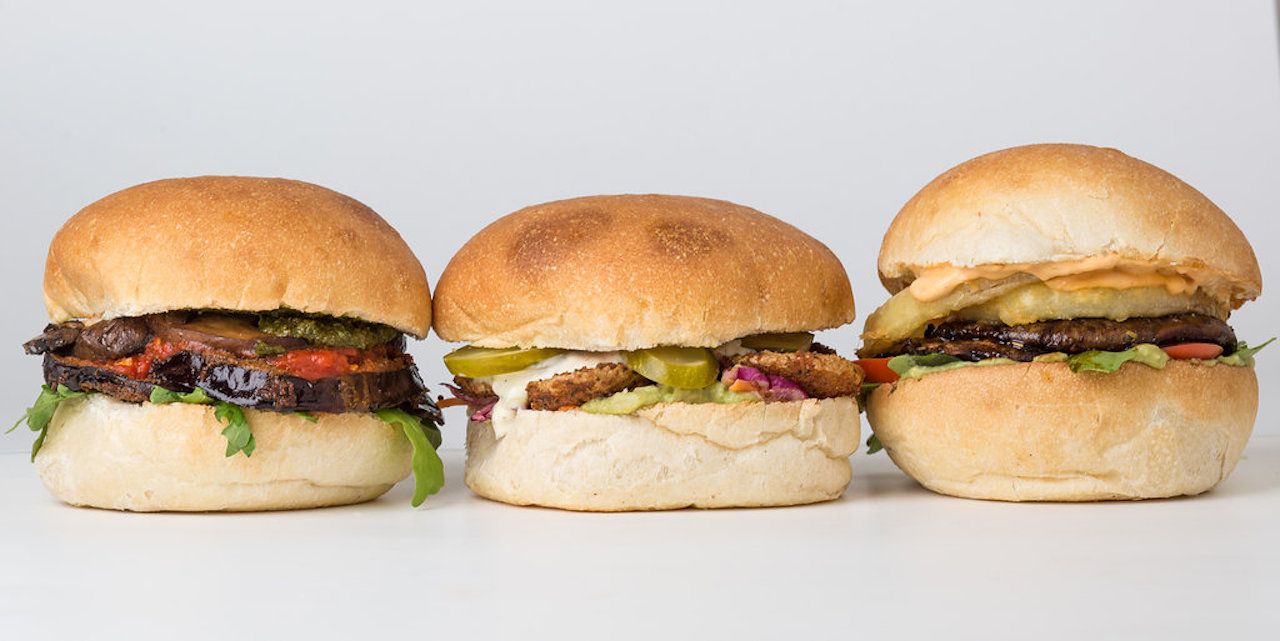 Sometimes that comfort food craving takes a strong hold. Just like the modern and minimalist interior, Parka Food Co’s menu is kept simple, providing a healthier spin on diner classics such as burgers and mac and cheese. Each of the burgers is comprised of vegetables like crispy eggplant, marinated portobello, and cauliflower steak, the most popular of which is the portobello burger with organic portobello, crispy onion rings, arugula, plum tomato, and guacamole. The mac and cheese varieties are equally deserving of attention, though. Nowhere else in town can you eat your favorite childhood meal spun with sun-dried tomato, olive, truffle mushroom, and broccoli pesto.

Food + DrinkThe most diverse city in the world also has its most exciting food market
Tagged
Food + Drink Restaurants + Bars Vegetarian Trip Planning Toronto, Canada
What did you think of this story?
Meh
Good
Awesome

The best 13+ parks to visit in Toronto

Here are the best Airbnbs in Downtown Toronto

The best healthy cooking classes from around the world

The best and worst airlines for vegetarians and vegans

10 best vegetarian and vegan places to eat at in Chicago