No, it’s not a scene from Pandora or Middle Earth. This new footbridge near Da Nang, Vietnam opened in June, and it’s already making waves with tourists. The Cau Vang (Golden Bridge) does indeed have a golden hue, but it’s not the color that’s attracting visitors — it’s the two colossal stone hands, springing from the hillside, cradling the bridge in their palms. The bridge is 492 feet (150 meters) long and about 4,600 feet (1,400 meters) above sea level, with a fantastic view of the nearby Ba Na hills. The Ba Na hills area has recently undergone a widespread revitalization, including the construction of a colonial French village and gardens replica, and a 3.6 mile (5.8 km)-long cable car.

The bridge is the latest piece of a larger, $2 billion investment project to turn Vietnam into one of the world’s top tourist destinations. Unique bridges have attracted visitors to the country before; the Cau Rong (Dragon Bridge) that opened in 2013, also in the Da Nang region, looks like a massive dragon, and breathes fire and water every Saturday and Sunday at 9:00 PM. 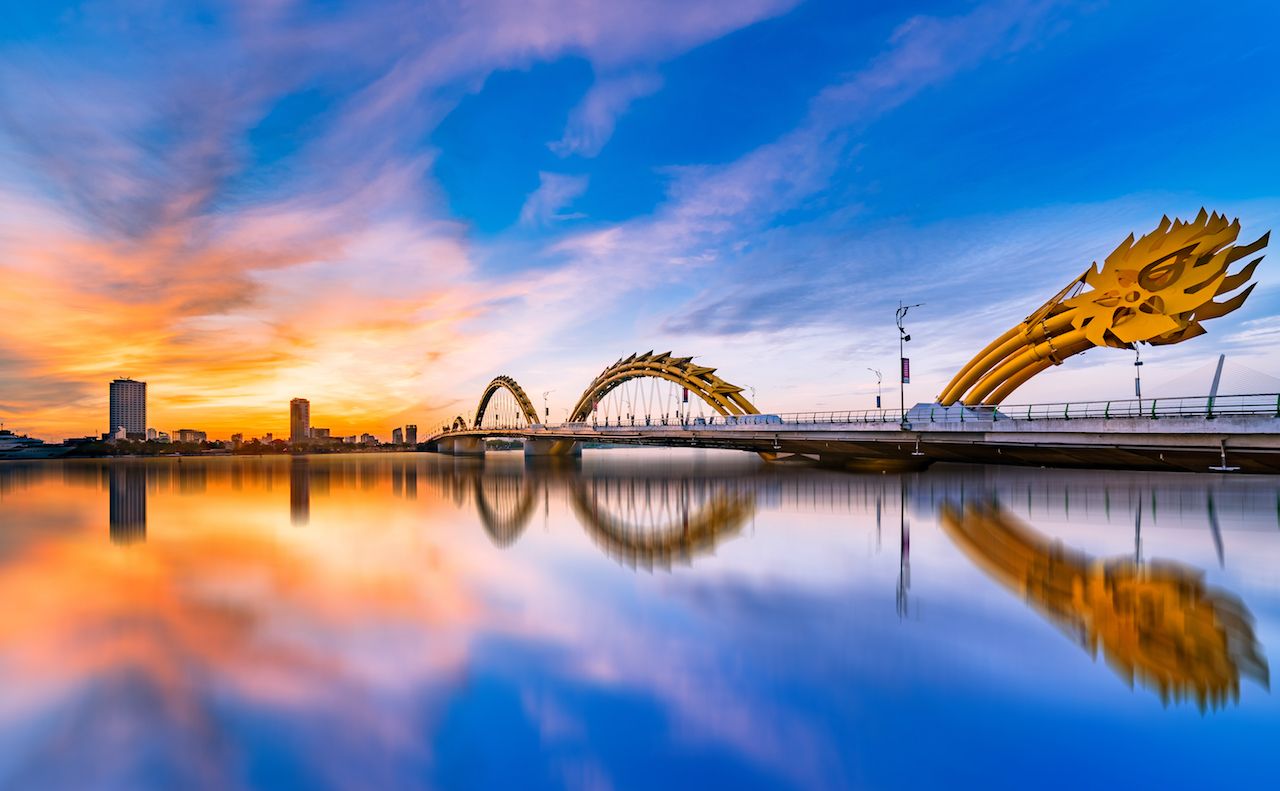 The Cau Vang was designed by TA Landscape Architecture, and its principal designer, Vu Viet Anh, is overjoyed by how popular it’s been on social media. He told AFP, “We’re proud that our product has been shared by people all over the world.”