A blood-spattered wood chipper isn’t exactly the ideal civic mascot. But in Fargo, they roll with it.

The notorious piece of landscaping equipment where Steve Buscemi met his unfortunate end in the movie Fargo is on display at the Fargo-Moorhead visitors center. There’s even a selfie-friendly replica outside so the lines inside don’t get too long.

Next to the chipper, you’ll see families making all sorts of grizzly poses as people try to climb inside like aspiring human fertilizer. The wood chipper adorns everything from blood-covered t-shirts to Christmas tree ornaments — all available in the visitors center gift shop.

To some, the wood chipper is a fun roadside attraction along Interstate 29 that’s a nice stop next to a strip of chain restaurants that makes for a fun photo op and a way to check North Dakota off their list of states to visit. But stopping in Fargo only for its wood chipper is missing what makes it so charming. Delve in a little further, and you’ll find a college-cool historic town where it’s hard not to have a great time.

Red bricks and neon make for a perfect downtown 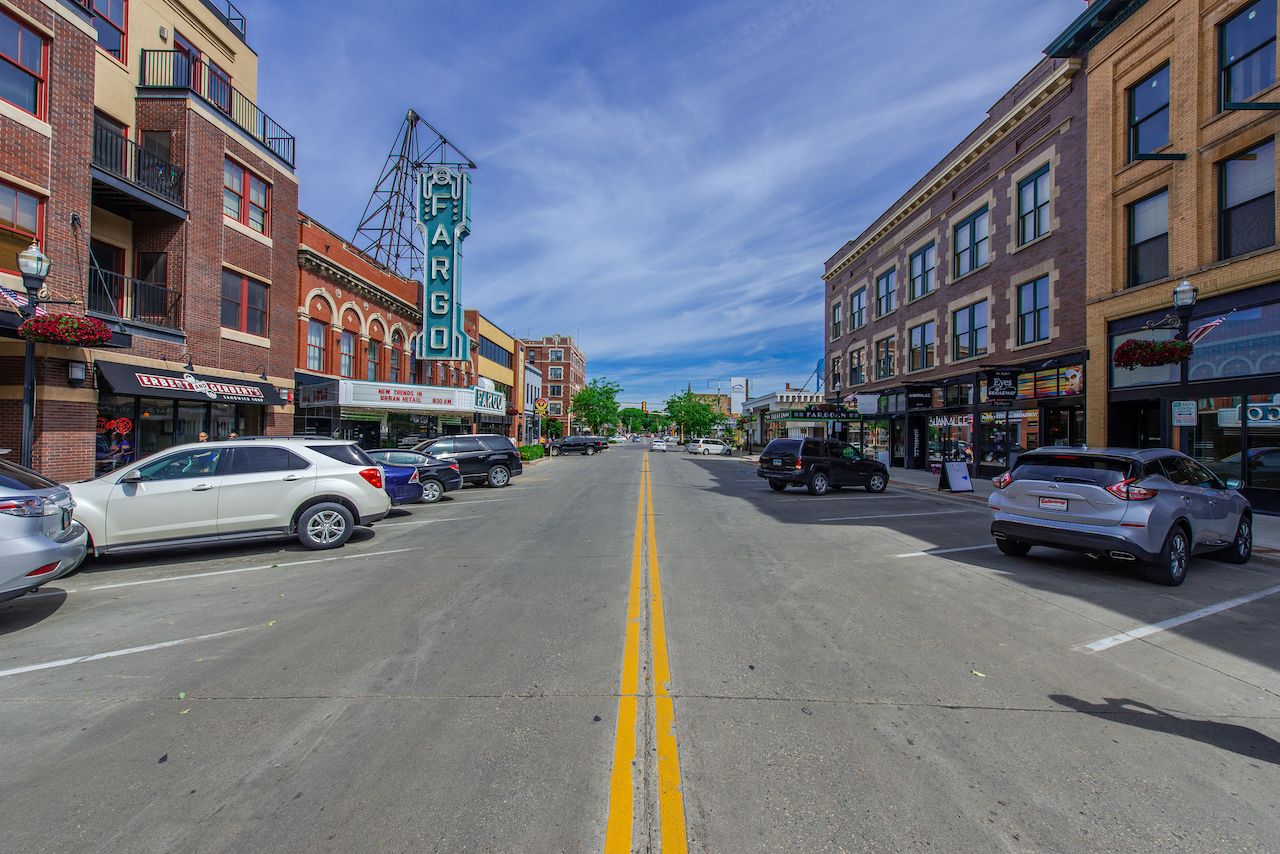 Fargo was originally founded as a rail town, built where the Northern Pacific Railroad crossed the Red River on the border of North Dakota and Minnesota. Though the railroad has long since lost its spot atop the American transportation hierarchy, Fargo still bustles like a major railroad hub.

Maybe it’s the college-aged energy – the city is home to North Dakota State University – or maybe it’s because it’s the largest city between Minneapolis and Seattle along this northern stretch of America, but Fargo exudes the feel of a city five times its size in downtown’s few square blocks.

Downtown Fargo is a low-slung maze of red brick and neon, where a trip down Broadway on a Friday brings you under bright beckoning signs for packed bars like the Toasted Frog and Blarney Stone.

While one might think an agricultural college town stuck out on the prairie would be all about drinking, it’s not so. Downtown is equally as impressive for its collection of restaurants, where the fine dining spot Mezzaluna could hold its own with any upscale, big city Italian joint (go for the brilliant white pesto bucatini and Dakota-adapted bacon-wrapped bison meatloaf). The Boiler Room is a cozy, underground hangout that plates up a delightful short rib stroganoff, alongside Marge’s World Famous Hotdish, a bison and mushroom platter that may or may not be a tribute to Frances McDormand’s legendary character.

The Boiler Room sits in Roberts Alley, a tucked away stretch of bars, restaurants, and the city’s best ice cream shop, all hidden half a block off Broadway, Fargo’s main drag. Just off the alley you’ll find Young Blood Coffee, the state’s best roaster and a regular stop for morning cyclists and sluggish students.

Roberts Alley is also one of Fargo’s many homes for decorative murals. There’s a short walking tour you can follow, but the star of the Instagram show is the Mario Wall, which is a brick façade painted to look like the first level of Super Mario Brothers. If you don’t try and head-butt a question mark box, don’t even bother taking a picture.

The Fargo Theater anchors downtown, and the historic 1926 art deco building is the city’s other signature photo-op. A few blocks down Broadway is the Hotel Donaldson, one of the coolest hotels in America that few have ever slept at. Each room at the HoDo is designed by a different artist, meaning no two stays are the same. And it boasts a sunny rooftop from which to enjoy summer drinks, with a 50s-era cocktail bar on the ground floor so you can enjoy them when the North Dakota weather isn’t cooperating.

Fargo is intrinsically walkable, as you can stroll from the historic rail depot down Broadway to Front Street, enjoy a beer at DCR Brewing, check out the rooftop at the Donaldson, and walk back along the Red River in under an hour. You can even stop at Broadway Square, a small public park with a skating rink in the winter a spot for outdoor movies in the summer. 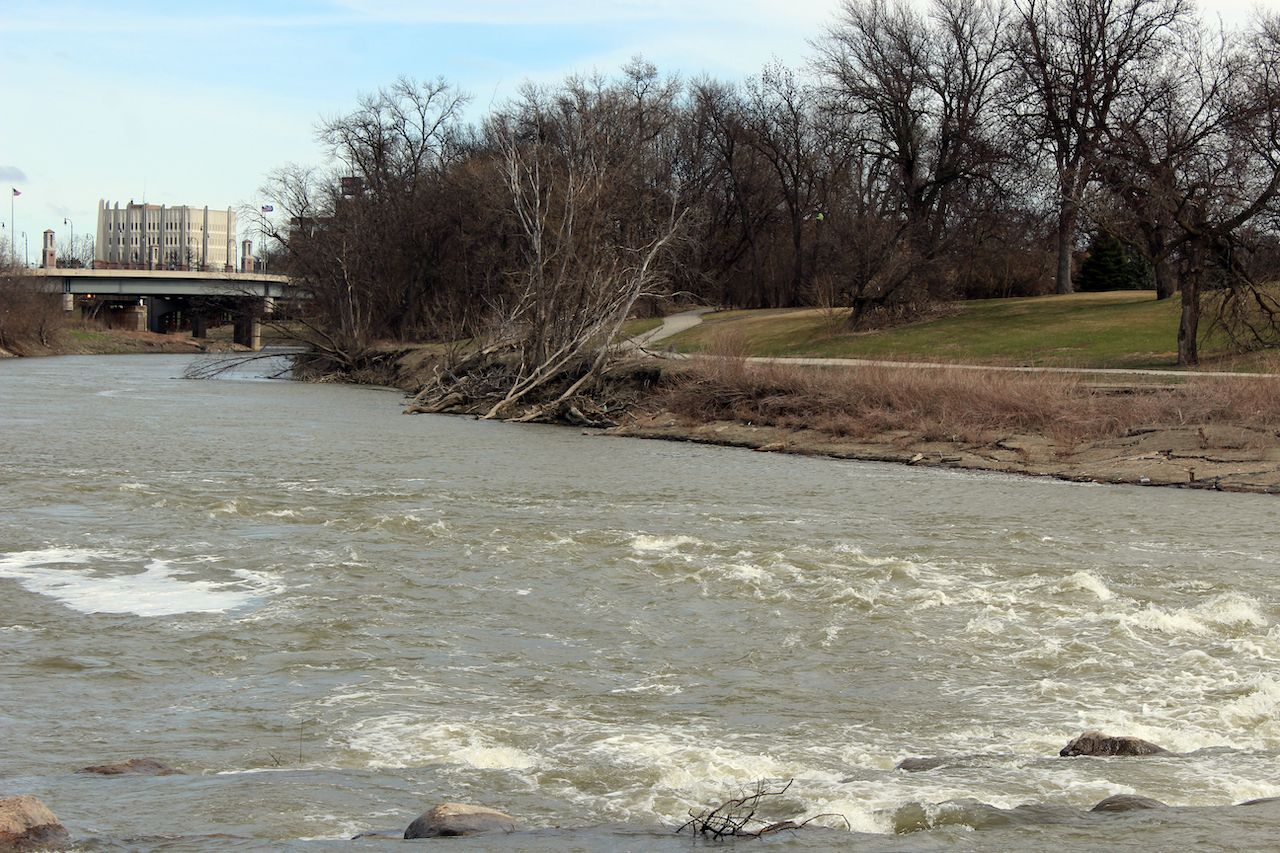 Fargo’s walkable, energetic downtown sits right along the Red River, and it’s a literal stone throw from Moorhead, Minnesota. That city is effectively the eastern half of metropolitan Fargo, and it’s where you’ll find the area’s historical museum at the Hjemkomst Center. Don’t get too caught up in trying to pronounce it, though listening to your GPS try to is entertaining.

Under the towering tarpaulin you’ll find the ship for which the museum is named: a Viking ship recreation that sailed from Duluth, Minnesota, to Norway in 1980. In the backyard, you’ll find the museum’s most impressive asset, the Hopperstad Stave Church. This intricate wonder of woodworking is an exact replica of a Nordic cathedral in Vik, Norway, and is the life project of Guy Paulson.

Just outside the museum, kayaks and canoes sit next to the Red River, ready to be rented for a trip into frontier exploration. As far as outdoor activities in Fargo go, this is your best option. It allows you to traverse the city’s center by water, paddling and stopping at grassy parks and inlets along the way.

Delving further into Moorhead, you’ll find a couple of the area’s best breweries at Junkyard and Swing Barrel. The latter is a Donkey Kong-themed endeavor, with a Honey Peach ale called Sweet Melissa that pairs perfectly with the brewery’s sunny side patio. 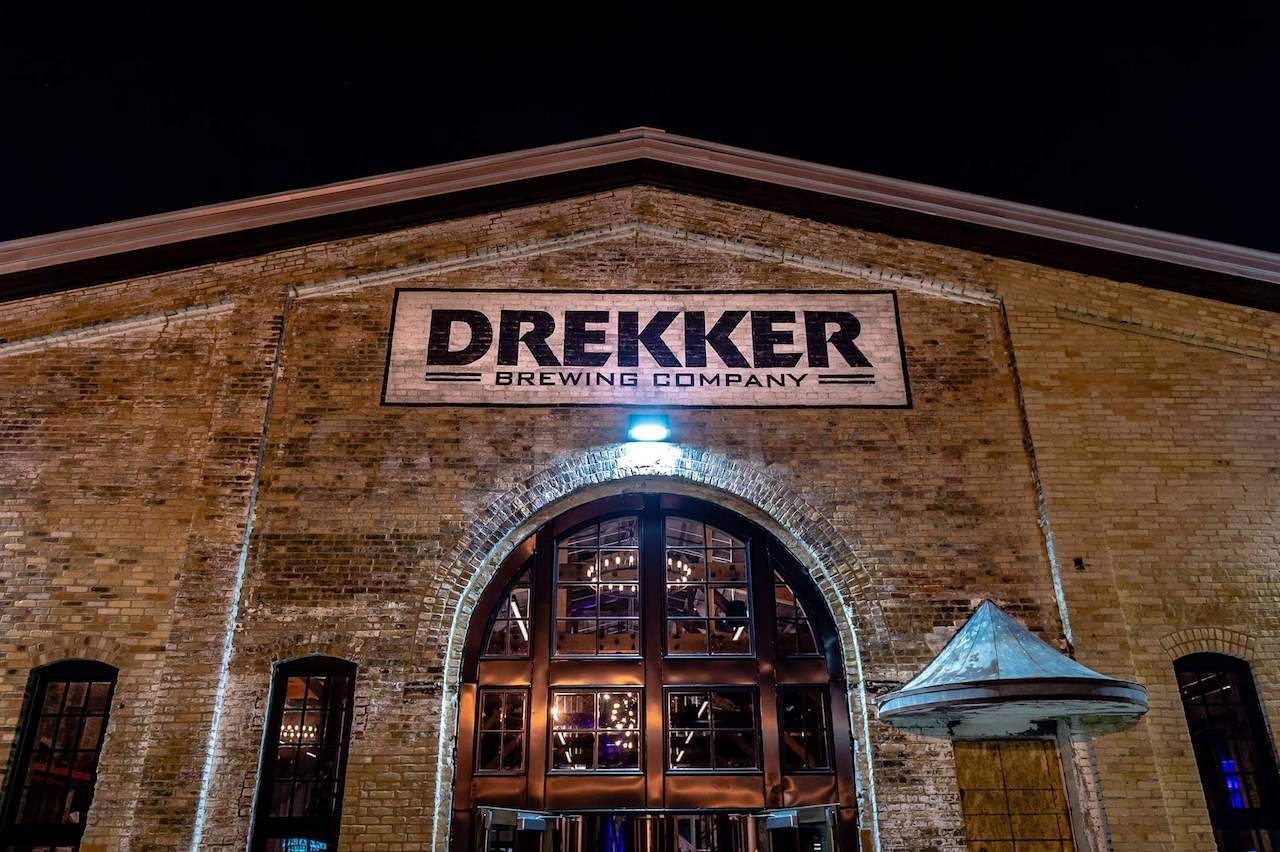 Though you’d be hard pressed to find a city in America that doesn’t tout its collection of craft breweries in 2021, Fargo’s really does stand out. It’s just that, aside from Fargo Brewing’s 2019 adoptable-dogs-on-cans campaign, you never really hear about the breweries unless you’re in the area. North Dakota breweries don’t typically have a wide distribution, so if you want to try it, you’ll have to come visit.

Dekker Brewing is the city’s coolest place to kick back with a cold one, and it’s set in an 1883 rail shop they’ve dubbed Brewhalla. The massive space is as close to a boisterous beer hall as you’ll find in Fargo, and it’s become a gathering place for the city on weekends. On any Saturday when it’s above freezing, you can find college kids lounging inside, families on the outside patio playing games or relaxing by a fire pit, and plenty of young professionals drinking what’s become some of Fargo’s favorite beer.

Fargo Brewing is also a top spot for suds. Its Iron Horse Pale Ale and original lager are the two stalwarts, but sample the seasonal beers and other one-off stuff while here. During summer, the brewery also has frequent concerts in its sprawling parking lot.

But perhaps Fargo’s most notable brewery isn’t a brewery at all, but rather a cider house. Wild Terra Cider will delight even non-cider drinkers, as the experimental brews cover such a broad range of flavors it’s hard not to agree with at least one. The options run from dry to sweet, and taste especially refreshing on a hot, windy summer afternoon. Enjoy one or two outside, but remember most of them hover around 7% ABV. Don’t let the fruity flavors fool you.

Fargo college football weekends are a must for any fan

Though Fargo’s heart may be an agricultural hub, its soul is a college town. You’ll see this if you visit on a Saturday in the fall, when the entire city buzzes in excitement for their beloved Bison. They’ve won eight of the last nine FCS championships, and regularly beat schools from the division above them like Iowa and Minnesota.

The football team’s success has turned Fargo into one of the biggest college football scenes west of Nebraska. The entire state converges on the Fargodome for one of the great American tailgate experiences. Much like the city, it’s not all about drinking, either. Sure, someone will inevitably offer you a shot on a ski within half an hour of showing up in the Fargodome parking lot. But you’ll also meet farmers, Native Americans, Norwegians, and all the people that make North Dakota such a unique place.

Fargo’s not an easy place to reach. It has a regional airport, yes, but the only nonstop flights are to hubs like Denver, Dallas, Minneapolis, and Chicago. And rarely are tickets cheap. But Fargo has organically created what other small cities try to capture, making itself a legitimate tourist destination and not just a place to stop on a road trip. That said, if your only reason for visiting would be a stop along a cross-country drive, do yourself a favor and plan a few days here. If nothing else it’ll make you a lot more knowledgeable next time someone brings up the wood chipper.

EventsAt North Dakota State University, Tailgating Is an Education in the Culture of the North
Tagged
Travel North Dakota, United States
What did you think of this story?
Meh
Good
Awesome

At North Dakota State University, Tailgating Is an Education in the Culture of the North