North Korea needs no introduction. For most, it’s an unthinkable destination in the current political climate, constantly covered with controversy, and a secretive state where United States citizens are currently prohibited from visiting unless they have a special exemption, which is covered below. Yet you might be surprised to know that the majority of the world can actually visit the country, with the capital city, Pyongyang, attracting a majority of first-time visitors. A growing number of adventure travelers, however, come to visit Rason, the special economic zone of North Korea, and one of the most off-the-grid places you can currently venture within the limits of an actual town. If you’re curious about life in North Korea or are dead set on stepping foot in every country in the world, here’s how to make a trip there happen.

Editor’s note: The US State Department’s travel guidelines for North Korea (otherwise known as the Democratic People’s Republic of Korea, or the DPRK) are pretty strict, and its travel advisory level is set to the rare “Do Not Travel” red zone. The US does not have any diplomatic relations with North Korea and cannot protect any of its citizens; Sweden serves as the protecting power for US citizens, but they have routinely been denied access to detained Americans. Exercise caution and follow all proper visa requirements before traveling to North Korea.

What does “special economic zone” mean, and why is it different? 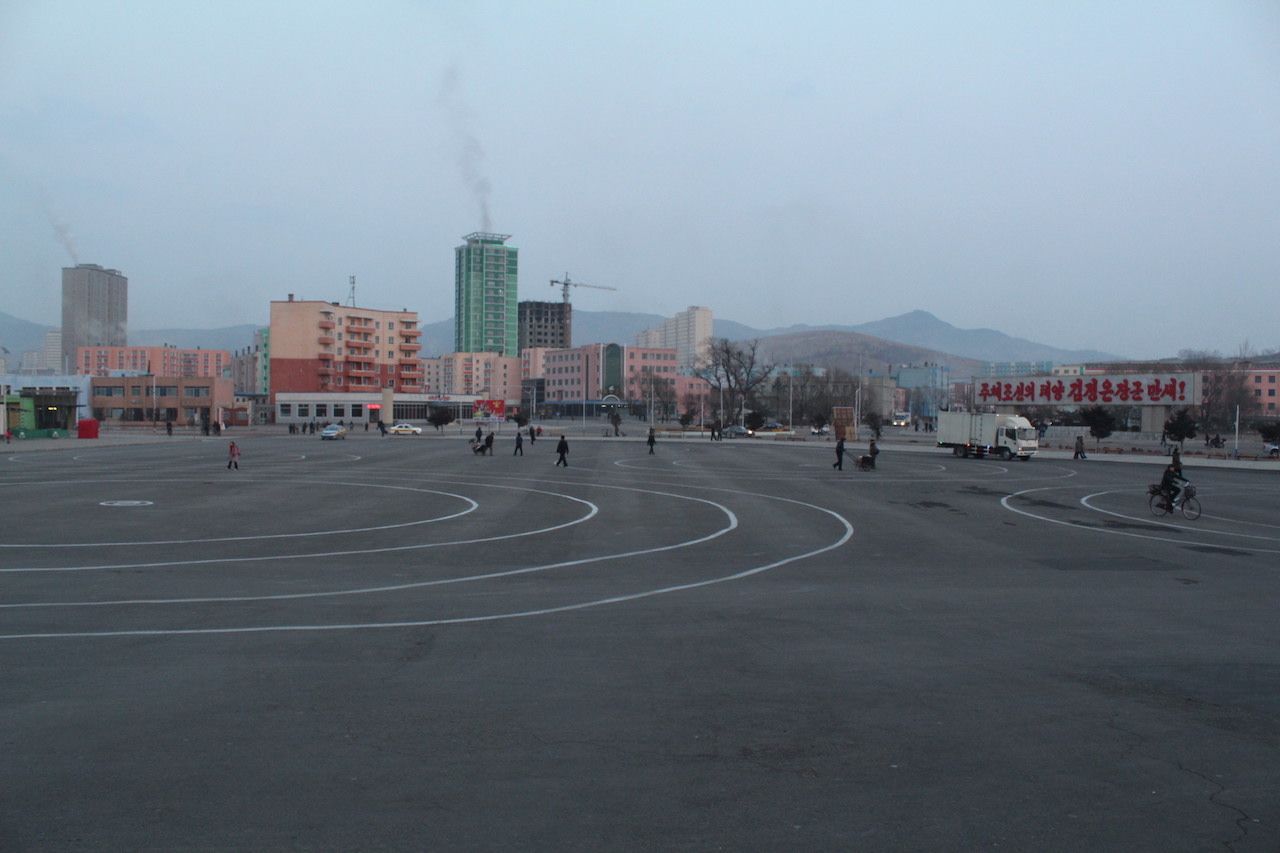 Rason is a city with an estimated population of around 196,000 located by the Sea of Japan on the East Sea of Korea, as locals still refer to it. Made up of two cities — Rajin and Sonbong — Rason is the North Koreans’ answer to having a unique economic zone away from Pyongyang, similar to how Shenzhen operates in relation to Beijing. Since 1996, Rason has allowed certain trade from foreign investment to help boost the national economy. Along with North Korea, China and Russia help make up a “tri-border” just outside Rason, and both have interests within the city. Compared to the rest of North Korea, Rason allows for some limited forms of capitalism, though as a visitor, your opportunities to buy and spend money are limited to what your tour group allows in the itinerary.

Getting into Rason: what to expect 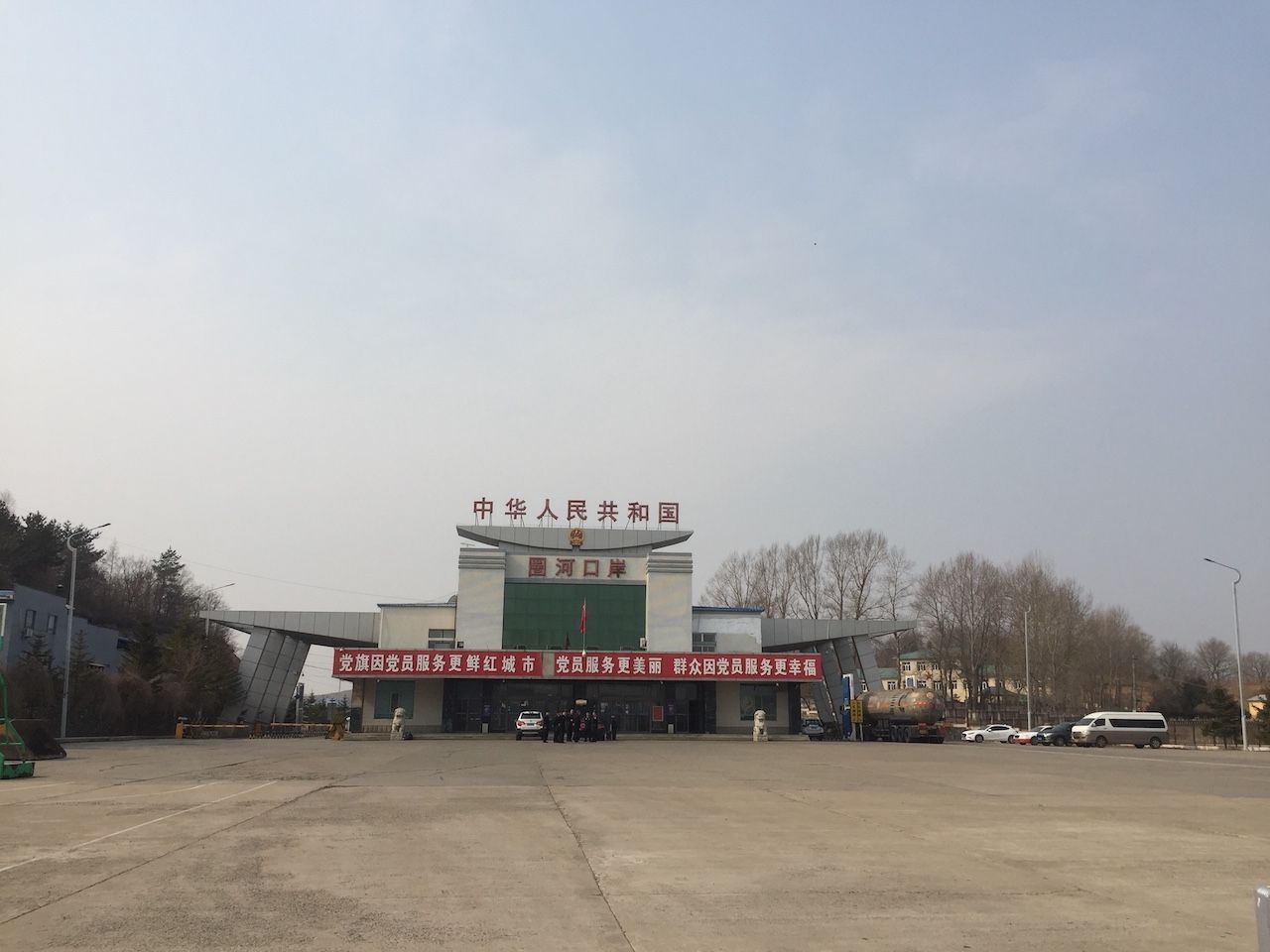 Every tour within North Korea is required to be accompanied by a tour operator, followed by on-the-ground state guides. Young Pioneer Tours are specialists for tours within North Korea and are one of the few who take visitors to Rason. The city is just south of North Korea’s northern borders with China and Russia. The nearest major city is Vladivostok, Russia, though currently, the only way to enter North Korea is via China. For this, you’ll need to obtain at least a double-entry China visa. There are many ways to do this depending on where you’re from and where you are in the world.

After you’ve arranged all that — because there is no international airport in Rason — you need to take a 26-hour sleeper train from Beijing to Yanji in eastern China. Then, a couple-hours drive to and from the China-North Korean border will get you into the center of Rason. Thankfully, you’re with a tour group, so all of this will be prearranged. Bring snacks and something to read for the journey, and download a VPN. Once you’re past state lines, there is no Internet for you to use — although the locals have their own intranet, interestingly enough. 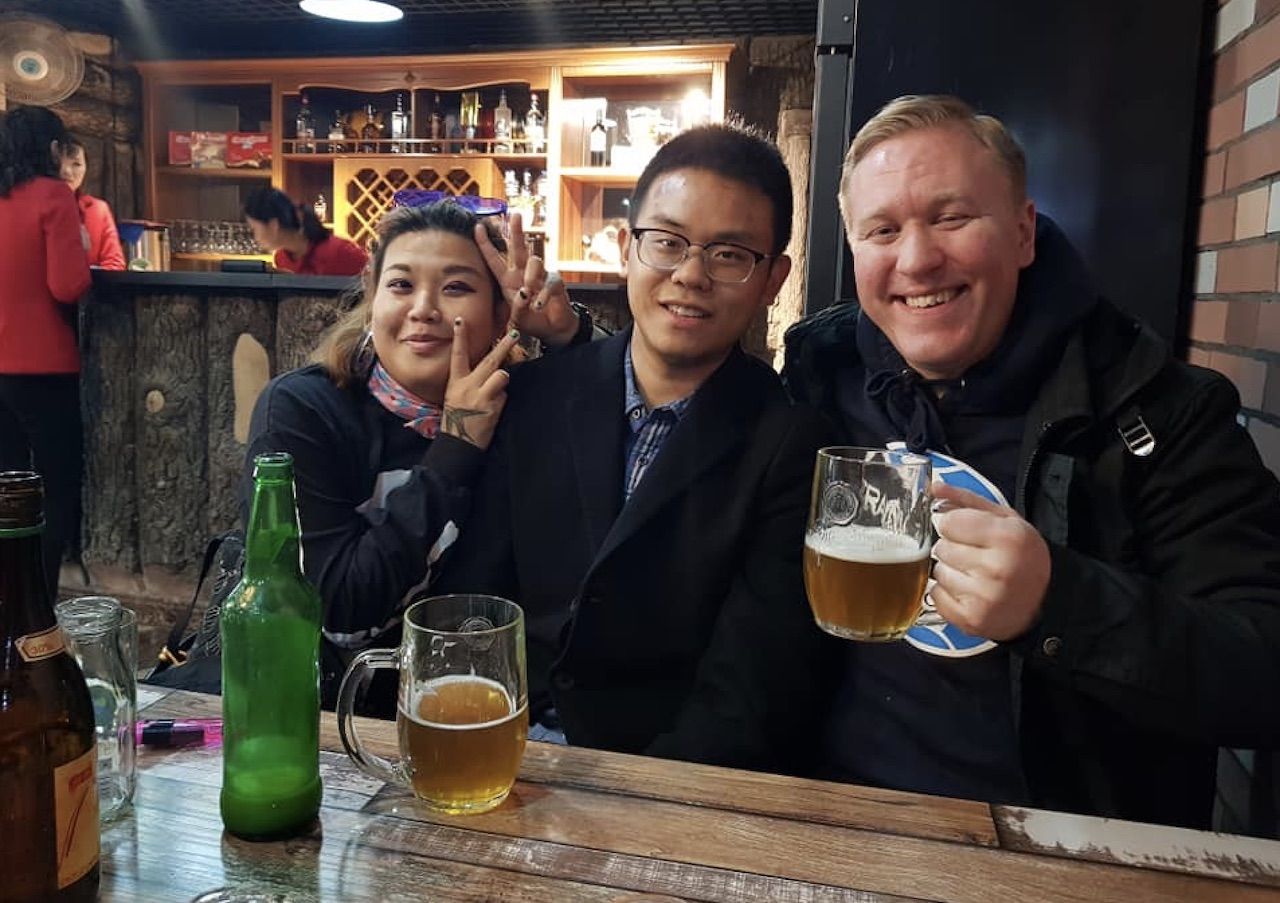 Think about being in a situation where your number-one priority is to put your best foot forward and make a positive impression. The first time you met your in-laws, perhaps, or when your parents brought you to work with them for a day. Be polite, say please and thank you, and do as you’re told. This sounds rigid, but any added hassle is only going to add pressure to an already intense experience. Here are some words to help you along the way: Aun nyong ha shim ni ka means “hello” and pan kap sum ni da is “nice to meet you.” Other basics include kam sam ham ni da, meaning ‘thank you,” and, just in case, mi an ham ni da is “sorry.”

North Korea is locally referred to as the DPRK — the Democratic People’s Republic of Korea. The guides and locals generally refer to them being still united as “Korea” and themselves as located in “the north of Korea.” North Korea is very sensitive to outside influence, even in Rason — mundane acts like bringing a CD of a musician or artist into the state are strictly forbidden. Don’t point at political monuments or make any form of defamatory or derogatory remark towards the people, the culture, or the way of life, and definitely not towards the leaders. While here, you’ll be expected to refer to the leader, Kim Jong Un, as “General” rather than by his full name.

Chinese Yen is the currency that is used by visitors within Rason. There are no ATMs within the DPRK, so make sure you exchange currency before you cross state lines. On the exchange of buying local souvenirs in North Korea, you may be lucky to receive North Korean Won, the local cash. Rason is the only place you can use it as a visitor throughout North Korea.

What to do in Rason 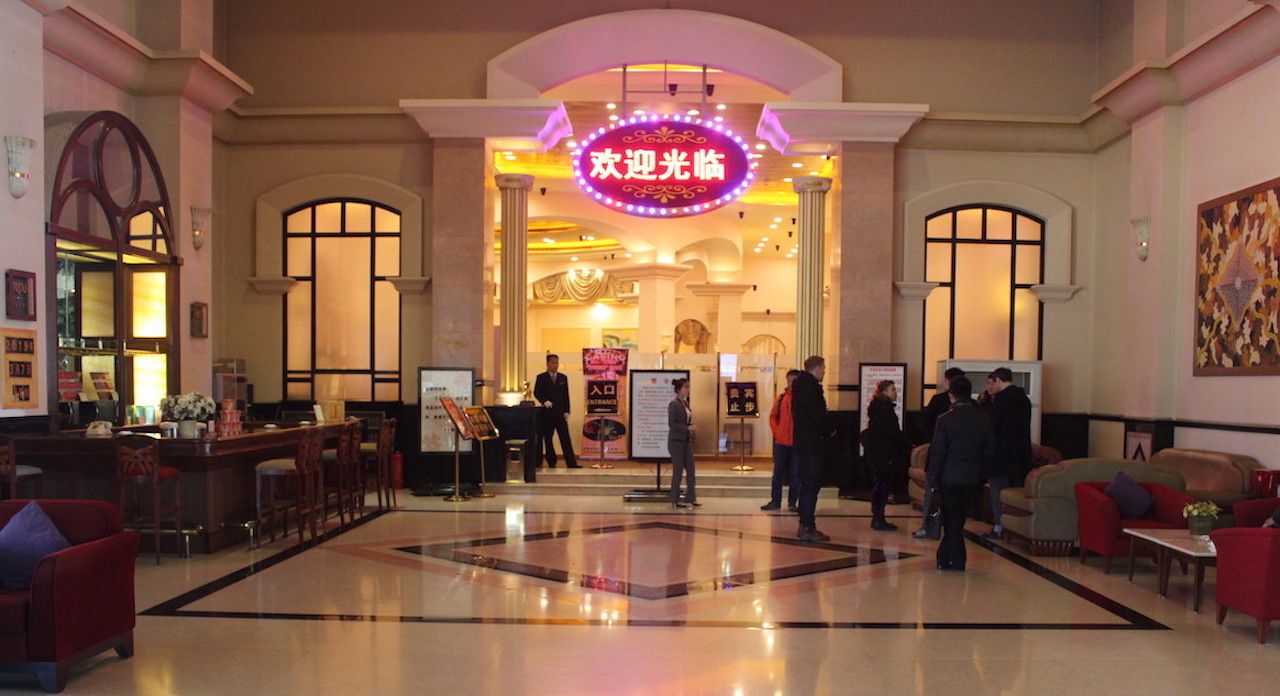 Rason is the only place within North Korea that actually shines a light on capitalism, even if it’s a dim one. Once you’re here, the Rajin Indoor Market is the one market in the state which foreign visitors can visit. You’ll pass by women traders huddled up by the cold concrete walls.

Refreshingly, you can haggle until you hop with the locals, but you won’t get far unless you know some basic Korean. One minute you’ll be weaving your way through the live seafood markets in the basement, next you’ll be rummaging through the tables of clothes a couple of floors up. You can pick up items from clothes to cosmetics to groceries for bargain prices — expect to pick up a traditional North Korean suit (it’s all the fashion) for as little as $20 or a carton of cigarettes for $2.
The (Hong Kong) Imperial Hotel & Casino is for gambling visitors, and it was actually partly funded by Hollywood action legend Jackie Chan. But don’t expect rush hour here. Entering the gaming floor is like walking into a time warp. The carpets and the card dealers’ suits match, both grey and old fashioned. Indoor smoking is as prevalent as the ‘90s-era desktop computers, notepads, and dialup telephones.

Beyond the market and the casino, the main thing to do here is to eat and drink. North Korean cuisine is delicious — the word divine even comes to mind, particularly if you love seafood and cold noodles. Expect dollops of kimchi, cold noodles called raengmyon served nearly everywhere, and shredded dry fish called talpi. Sea urchin is also very common, and in general, fresh seafood is a primary protein source for visitors. The food you will come across is well prepared and fresh, and you’re with a guided tour, so you shouldn’t have issues with unsanitary conditions. The North Koreans love to drink, so don’t be surprised if your cup has been topped up countless times at dinner for shots of soju or maekju (beer). Chukbae, which means “cheers,” is the appropriate term to employ when toasting.

Experiences you can only have in Rason 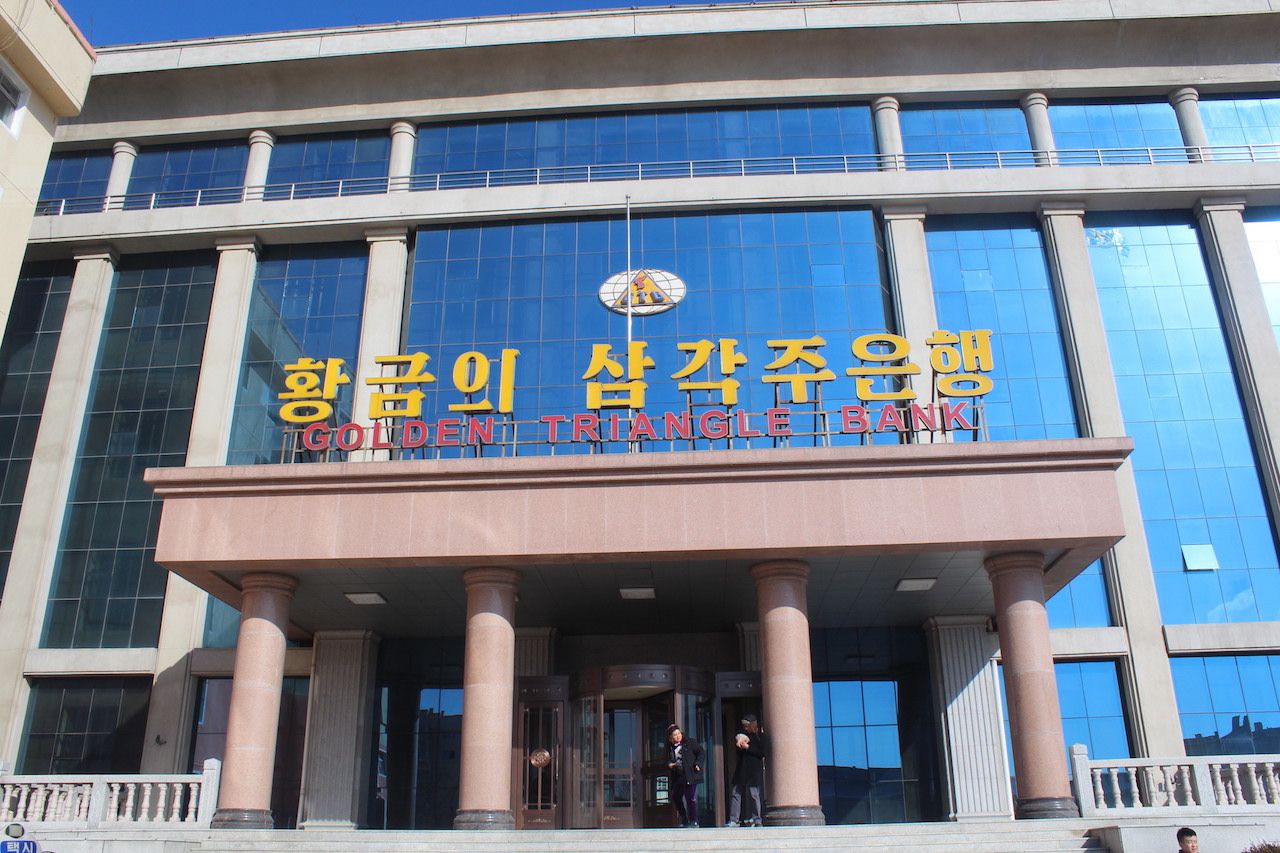 There are also a few activities here that are tough to do elsewhere in North Korea. Rason is the only place in the state you can open up a DPRK Bank Account, for example, should you be there for a while on a volunteer activity. At the Golden Triangle Bank, in a matter of minutes after a small deposit of North Korean Won, you’ll be issued a debit card. International online transfers are not available, but it’s a cool novelty all the same. Another interesting experience is to get a haircut. For men, it’s not mandatory for everyone to get the same Korean-styled low undercut as widely believed, though you’ll have to approach the barber’s chair with an open mind. A fresh trim will only cost you $4, including a head massage.

The Rajin Language School provides a fantastic opportunity to converse with students. Aged between 12 and 15 years old, chatting about hobbies, ambitions, and jobs is an activity sometimes arranged by tour providers. The students’ answers may startle you — some aspire to protect the country from “alien” invaders with the military, for example. Relax, keep your English clear, and try to have fun — it’s a memorable experience for you and a fantastic opportunity for them to practice speaking English.

Can you take photos? 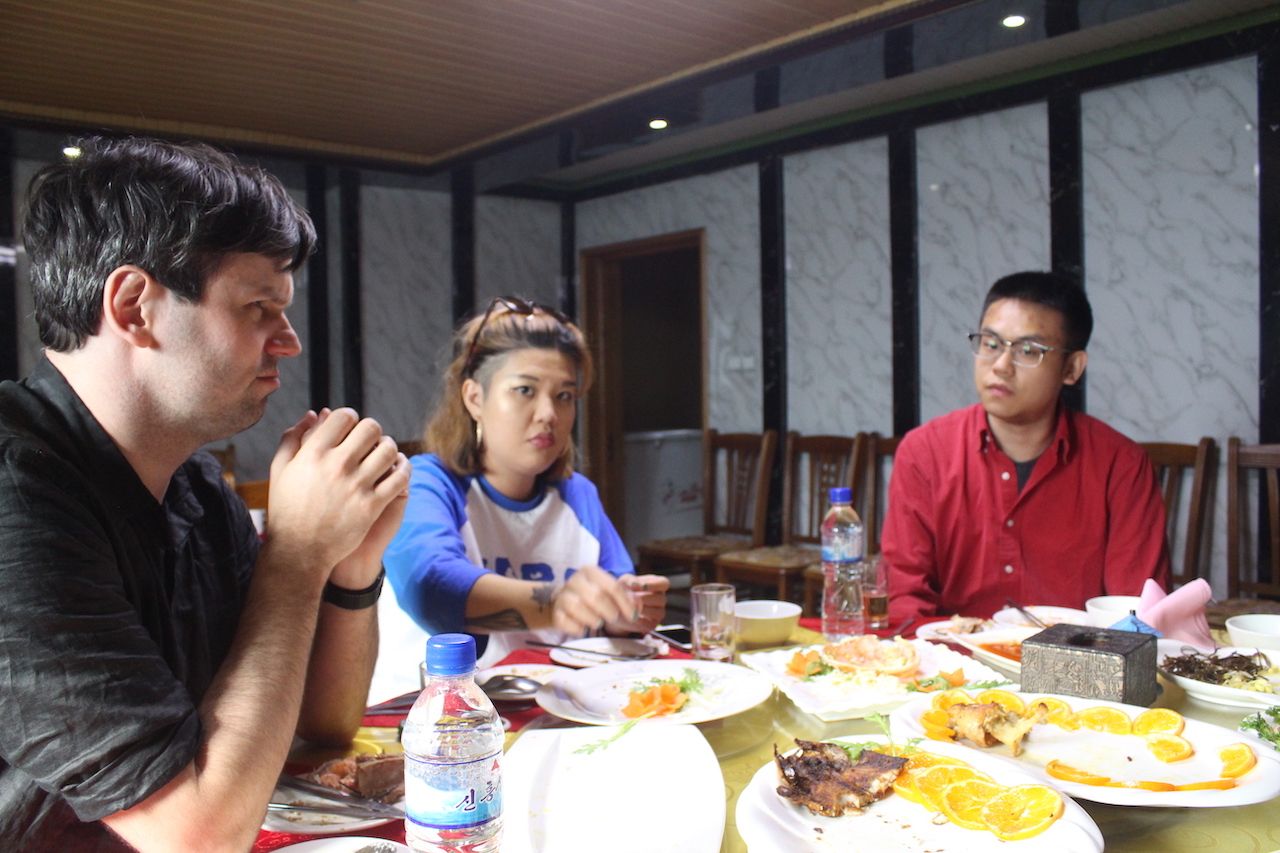 Photography is limited, and you’ll be warned if you try to take snaps without permission. This goes for anything that can perceive the DPRK as struggling, such as unfinished construction sites or empty farming fields and worn-looking farmers. There’s a sense that photos can be used as propaganda, so Korean guides get very touchy about when and where you can take them. Despite this, in comparison to the rest of North Korea, the rules in Rason are generally more relaxed on photos of everyday life, such as the locals in the streets and buildings within the city. 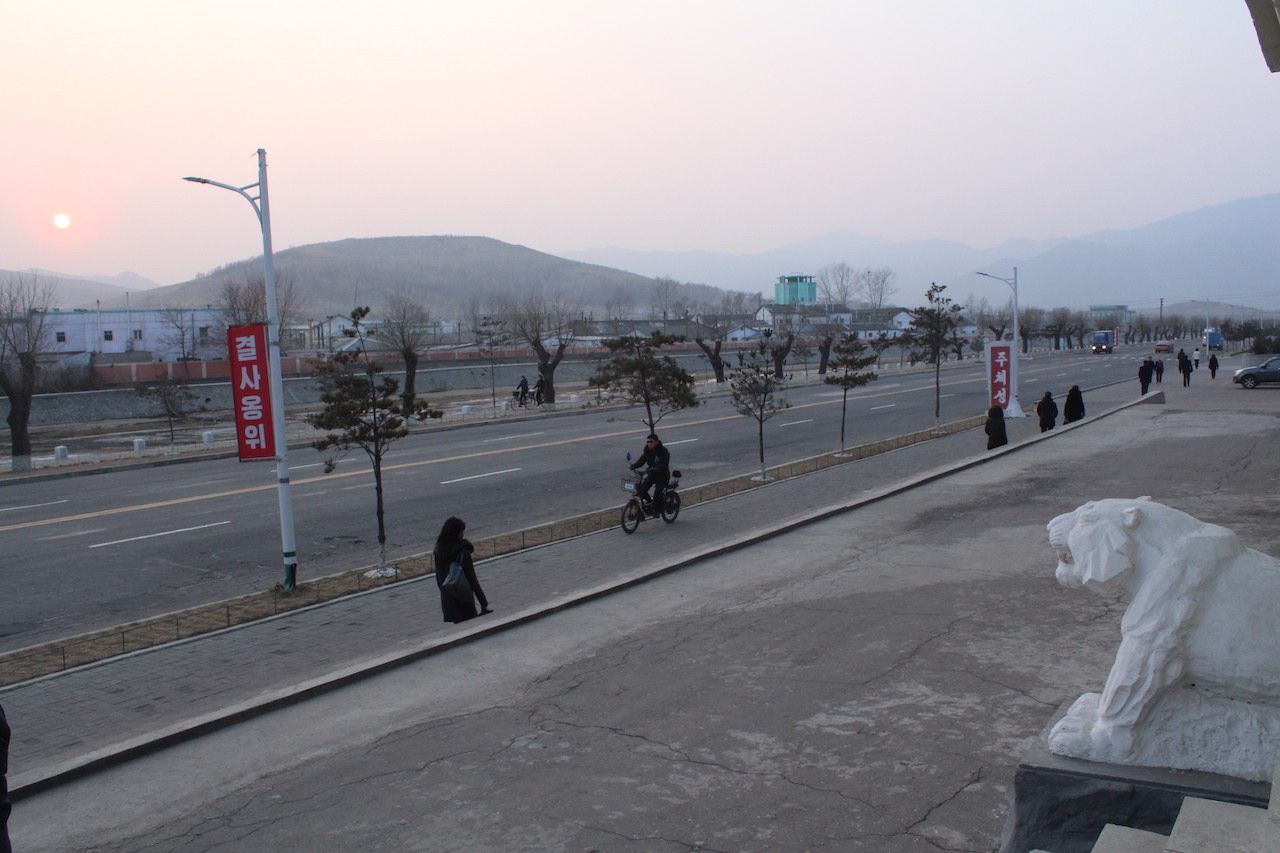 It’s imperative to always respect the local culture and ways of life no matter where you travel, and nowhere is this more true than in North Korea. You may not agree nor understand why life is the way it is in the DPRK, but if you’re visiting then you’re agreeing to accept that this is how it is for the duration of your trip. Keep an open mind, be polite, enjoy the little quirks, and embrace the experience. The vast majority of travelers don’t visit North Korea, so it’s quite a distinctive experience to be had, whether or not you agree with everything you see or hear while there.

As we noted above, the US State Department currently has a ban on US citizens traveling to North Korea, an order that has been in place since September 1, 2017. Young Pioneers Tours was the company used by Otto Warmbier, the US student who was detained for over a year and died shortly after being released by the North Korean government from a traumatic neurological injury. North Korea does not currently accept travelers with a US passport. In order to travel to North Korea, you must have special validation from the US State Department, generally reserved for journalistic or humanitarian trips, such as volunteering with the Red Cross or another top-tier international aid organization.

TravelI Went To North Korea To Run the Pyongyang Marathon. Here’s What It Was Like
Tagged
Travel Travel Safety Insider Guides
What did you think of this story?
Meh
Good
Awesome