Chris Broad, host of YouTube channel Abroad in Japan, couldn’t wait to take viewers inside what he says looks like “Jenga with washing machines.”

Tokyo’s Nakagin Capsule Tower is a unique building erected in 1972, that is made up of 140 capsule apartments, each one 13.1 feet long and 8.2 feet wide. The capsules are stacked on top of each other in a way that makes each of them removable from the main structure.

Tokyo’s Capsule Tower is part of an architectural movement called Metabolism, which is the product of Japan’s post-war economic boom in the 1960s and 1970s. As more people moved to Tokyo, the cost of housing became less affordable. In order to keep up with the needs of a growing population, architects thought out modular and adaptable buildings that could easily be expanded without disrupting the structure or using more land.

The Capsule Tower’s 50th birthday is coming up in 2022, but the very unusual building may not make it as it’s expected to be dismantled due to irreparable damage to its structure.

Broad got to chat and go on a tour of several apartments in the Capsule Tower with capsule owner and resident, Tatsuyuki Maeda.

The first capsule is preserved in its original form with a giant double-glazed circular window that opens from the inside and an unusual circular blind. The tiny apartment is fitted with a retro TV, a music system with a radio and tape recorder, and an old-fashioned dial phone. There’s built-in storage and a built-in desk, but there’s no kitchen area as it was built with business in mind rather than living. There’s also a small bathroom with a sink, tub, toilet, and even an ashtray. 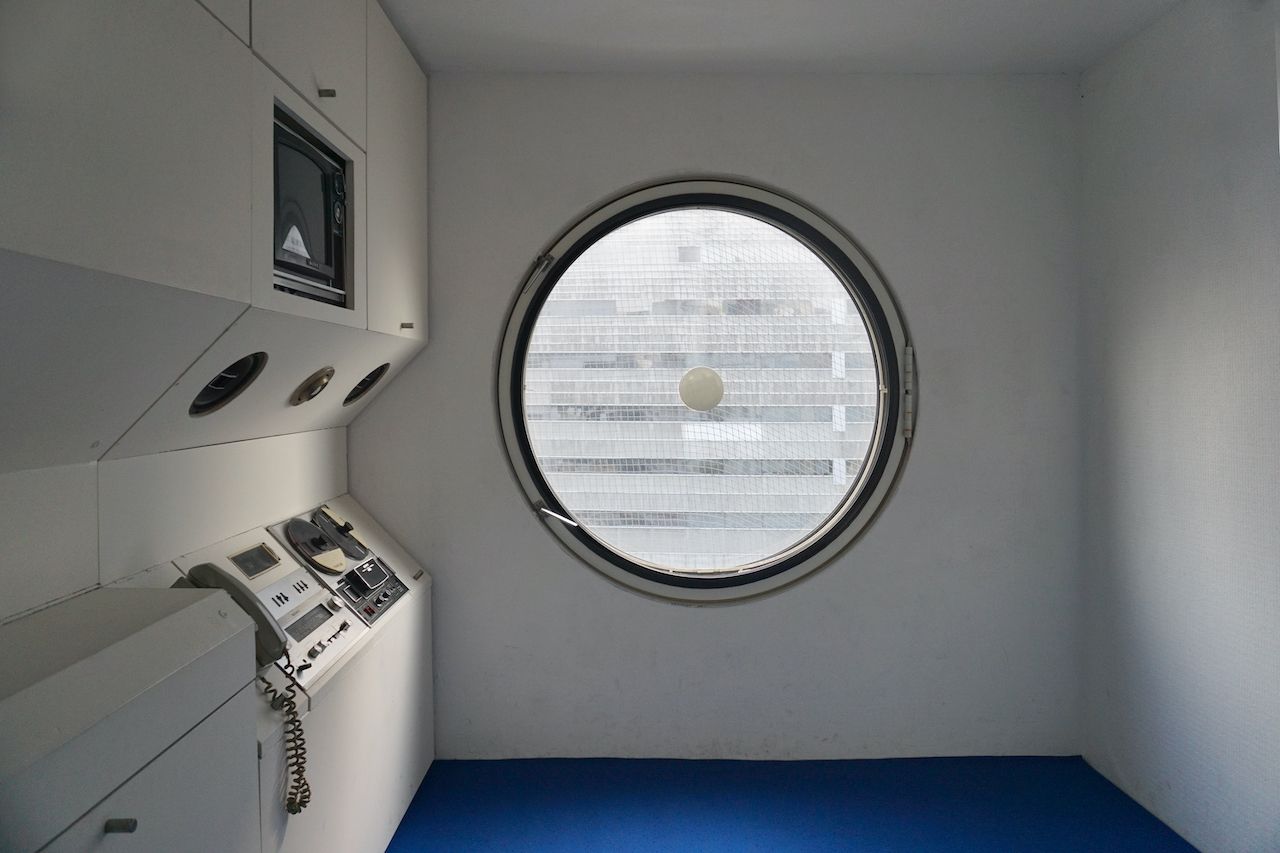 The second capsule is used by Tatsuyuki Maeda as an office and a place for social gatherings and was renovated for this purpose. Without the built-in cabinets, the room can host 10 people and there is a microwave and mini fridge inside.

The final capsule on the tour is the “the stylish capsule,” designed in collaboration with the famous Japanese furnishing company Muji, who created a modern minimalistic space. The room still has that same circular window, but has removed the original built-ins and replaced them with modern shelves. The unit also has a bed.

You can expect the Nakagin Capsule Tower to disappear from the Tokyo skyline over the next couple of years, but there’s hope for all the capsules to be dismantled, saved, and placed somewhere outside of Tokyo, possibly as a capsule village or a hotel resort, to preserve the history of the Metabolism era.

Travel5 of the Best Under-the-Radar Neighborhoods in Tokyo
Tagged
Art + Architecture News
What did you think of this story?
Meh
Good
Awesome

The Best Places To Eat at Tokyo’s Haneda International Airport

The Most Luxurious Starbucks in the World Just Opened in Tokyo