With more than 200 fountains, some 220 parks, 20+ lakes, and nearly 160 miles of trails and bike paths, getting outdoors has always been a big part of Kansas City culture. Most residents live within a 10-minute walk of a city green space, and that’s by design — the outdoors were built into the city’s roots.

After all, KC popped up where it did for a reason: It sits at the confluence of two states and two major rivers of the same name, the Kansas and the Missouri. The city’s only grown from there. With a few notes on what to taste and where to stay tossed in for good measure, here’s what you can look forward to in Kansas City’s expansive great outdoors.

1. Wandering miles of gardens and meadows 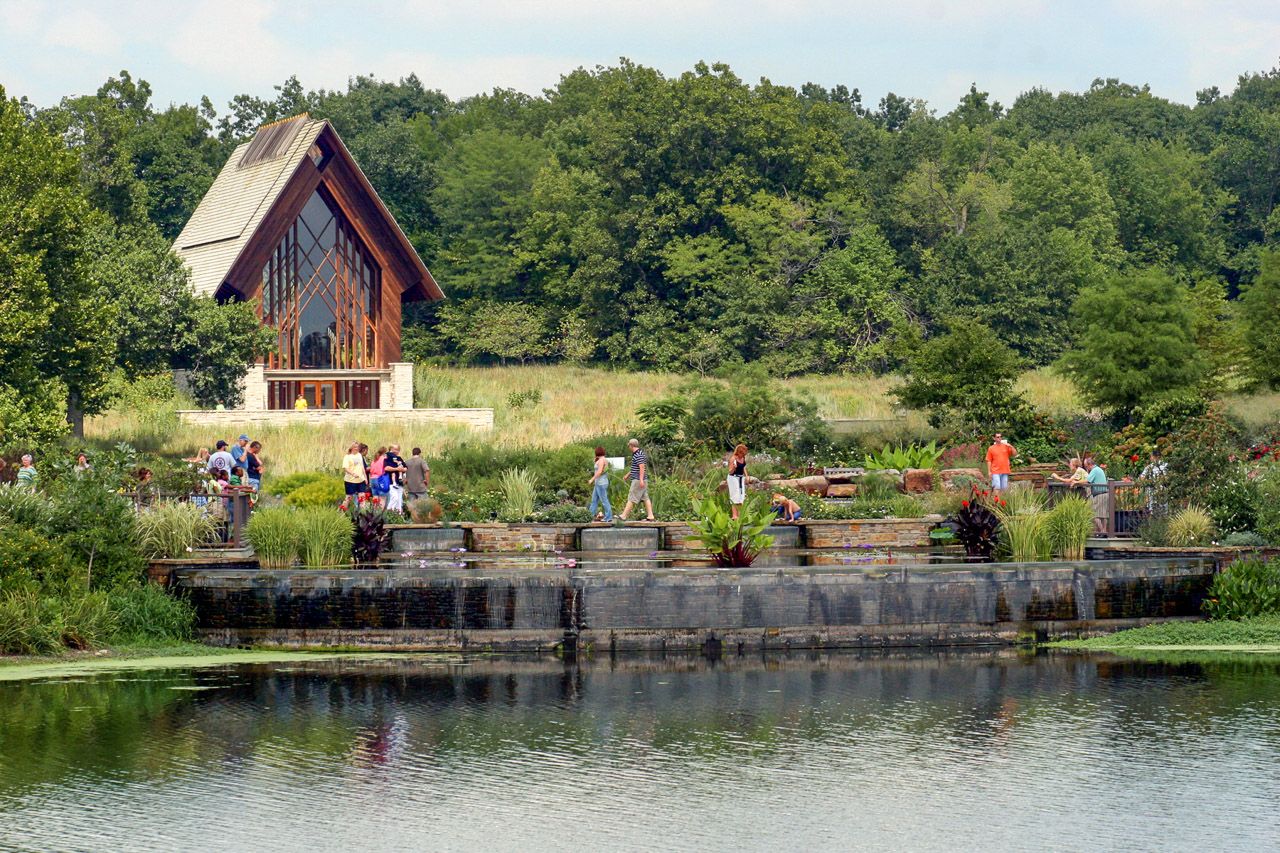 A short drive from downtown, Powell Gardens, KC’s botanical garden, shows off more than 21,000 plants across 970 acres of verdant hills and meadows. Many species here are native to the region, and visitors can explore eight themed gardens and walk the three-mile nature trail.

When you’re in town, keep an eye on Powell’s packed calendar of events. Favorites include the Festival of Butterflies, the Festival of Lights (during the holiday season), and Harvest Days, where you can listen to live music with a hot apple cider in hand or sample some of the produce that’s been freshly picked from the grounds of the Heartland Harvest Garden.

Grab a bite: The botanical garden allows visitors to bring in coolers with picnic items, so stock up at one of Kansas City’s many farmers markets (those in Brookside and Overland Park are local favorites), or drop by the local food shops at City Market before your visit. 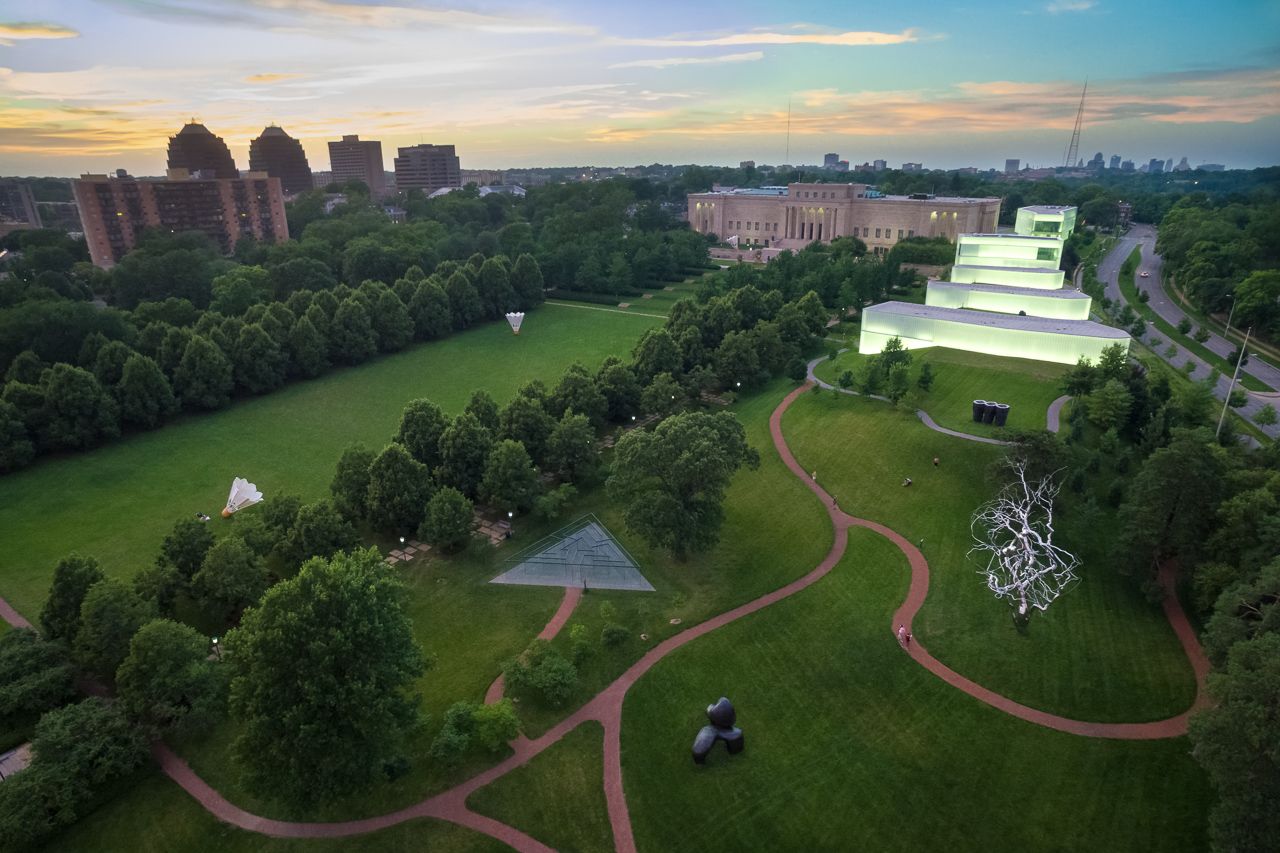 More than 35 sculptures — including the four 18-foot-tall shuttlecocks that have become beloved Kansas City icons — dot the grassy grounds of the 22-acre Donald J. Hall Sculpture Park outside The Nelson-Atkins Museum of Art. In addition to a large collection of Henry Moore sculptures, the park has a glass labyrinth to explore, as well as the seasonally open Art Course, a mini-golf course where each of the nine holes is inspired by a painting in the gallery’s collection.

Where to stay: Two locally owned B&Bs are within walking distance of the museum. Southmoreland on the Plaza is set inside a gorgeously done-up 1913 Colonial Revival mansion that’s also steps from the Spanish-inspired Country Club Plaza shopping district. A new addition to Kansas City’s list of boutique B&Bs is The Truitt, featuring hip-yet-elegant rooms inside a beautiful early-20th-century home. 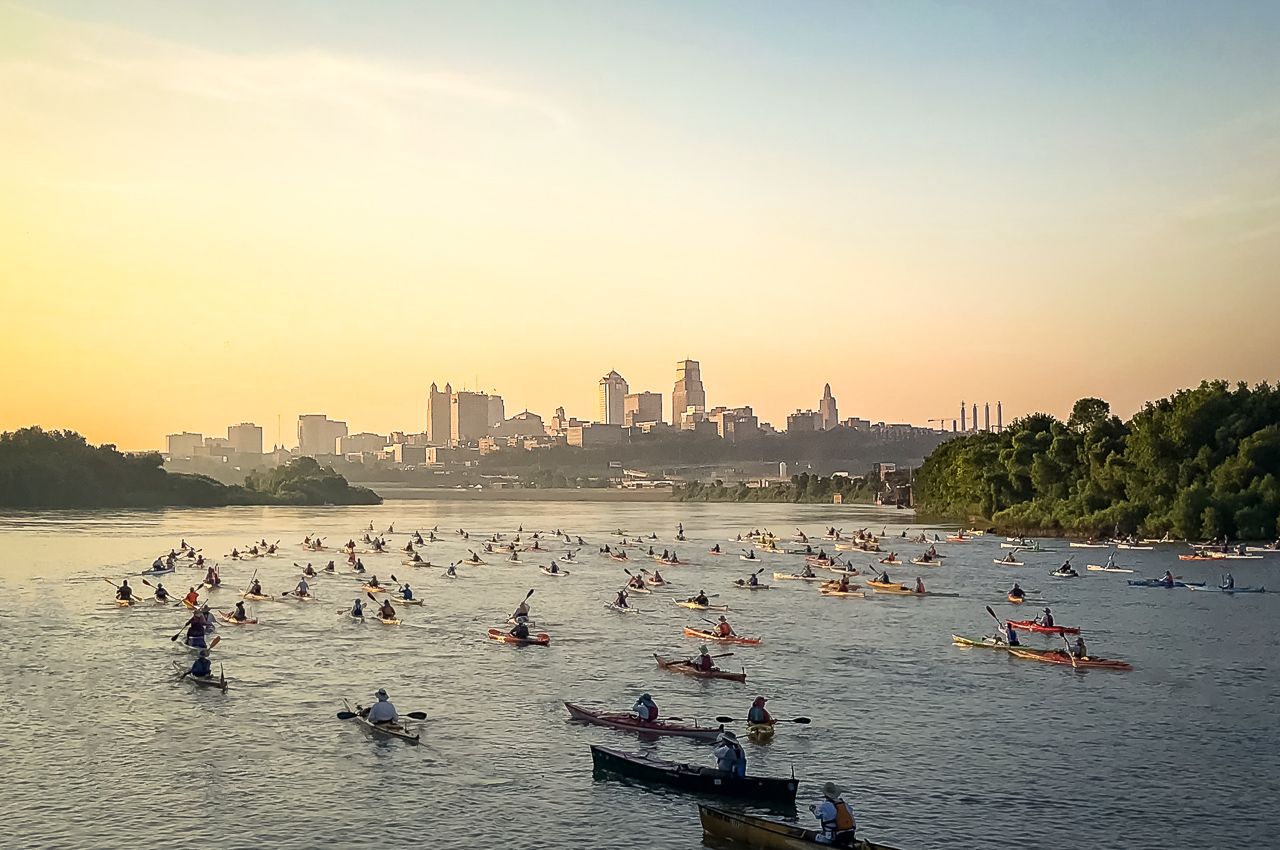 Kansas City’s story starts at the water, and there’s no better place to get a different perspective on KC than from river level. Kansas City Kayak and Canoe offers boat rentals for adventurers to paddle down the Missouri River, the longest river in North America (over 2,300 miles!). Their KC Bridge Tour starts at Kaw Point Park, where the Lewis and Clark expedition party camped in 1804 on their surveying journey between St. Louis and the Pacific Ocean.

Grab a bite: Stay local with a hearty meal at The Farmhouse, a beloved farm-to-fork restaurant near City Market that sources many of its ingredients from farmers in Kansas and Missouri, a tribute to the agricultural heritage made possible in part by the Big Muddy. 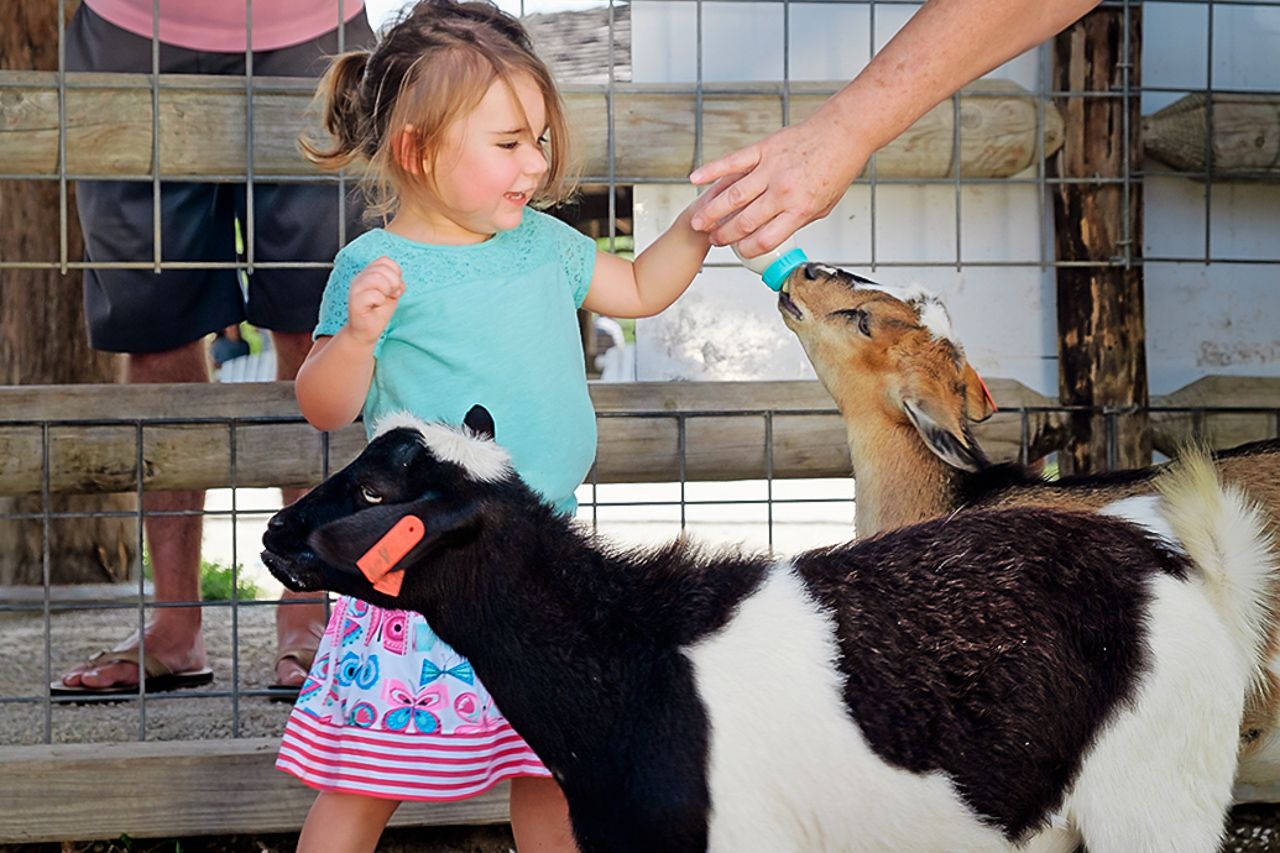 Kids will get more than a kick out of the Deanna Rose Children’s Farmstead in Overland Park, home to more than 250 animals and birds. Parents will love watching the kids’ eyes light up with fascination and glee as they bottle-feed baby goats by hand, pan for “gold” and other minerals, fish in a well-stocked pond, and ride through the farm on the back of a horse-drawn carriage. There’s lots more to do at the farmstead, too, and lots to learn.

Grab a bite: Anyone looking for a memorable meal with the kids should head to Fritz’s, a fun, kitschy, old-timey diner. You order your food by telephone, and it arrives at your table via an overhead train that chugs through the whole restaurant. 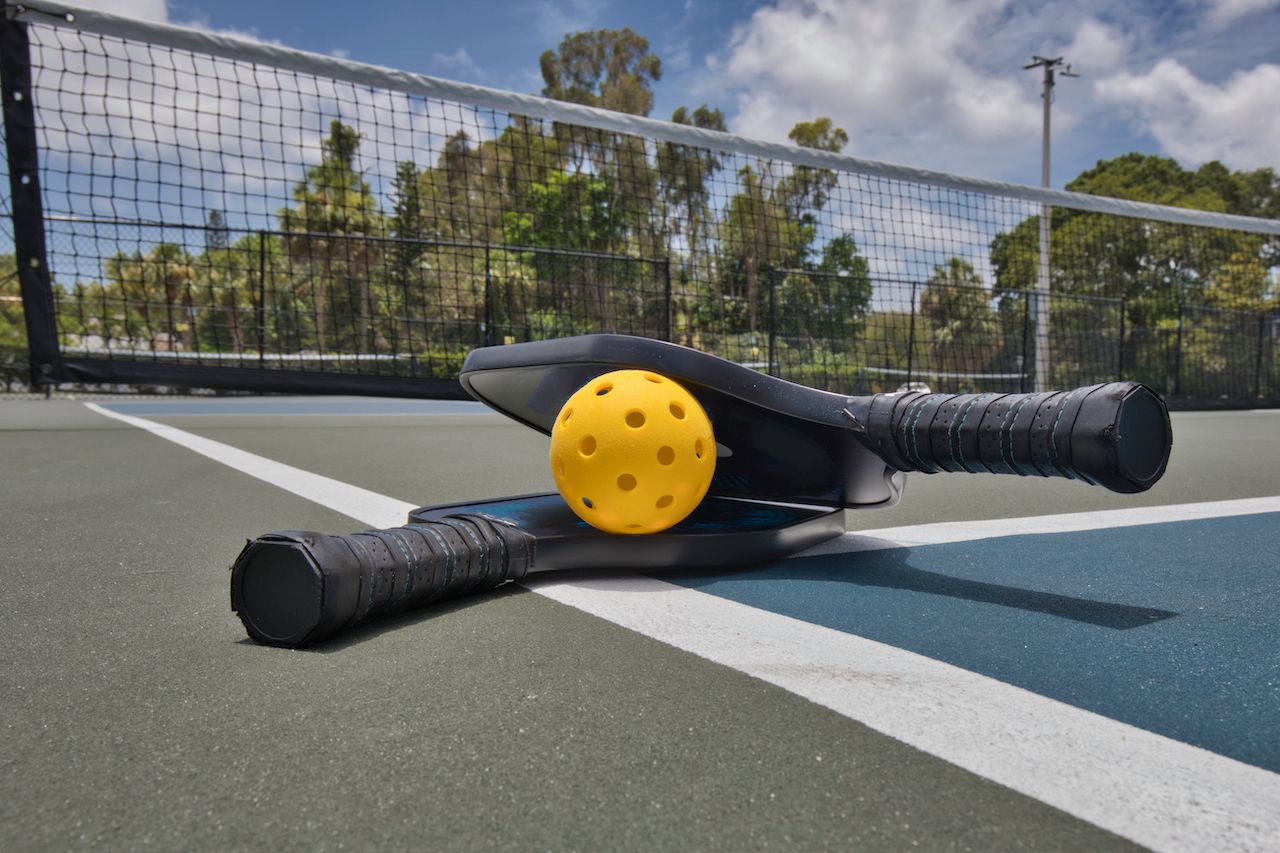 The sport of pickleball — a fast-paced mix of tennis, badminton, and ping-pong — is sweeping the Midwest. North Kansas City is home to the flagship location of Chicken N Pickle, which has outdoor and indoor pickleball courts, lawn games, food trucks, and a huge open-air terrace. It’s so hot, another branch of Chicken N Pickle is coming soon to Overland Park.

Grab a drink: A handful of local breweries and distilleries have sprouted up in North Kansas City, making for a fun way to explore the neighborhood. Top picks include Calibration Brewery, Cinder Block Brewery, Restless Spirits Distilling Company, Callsign Brewing, and Velo Garage and Tap House.

6. Seeing stars at the theater 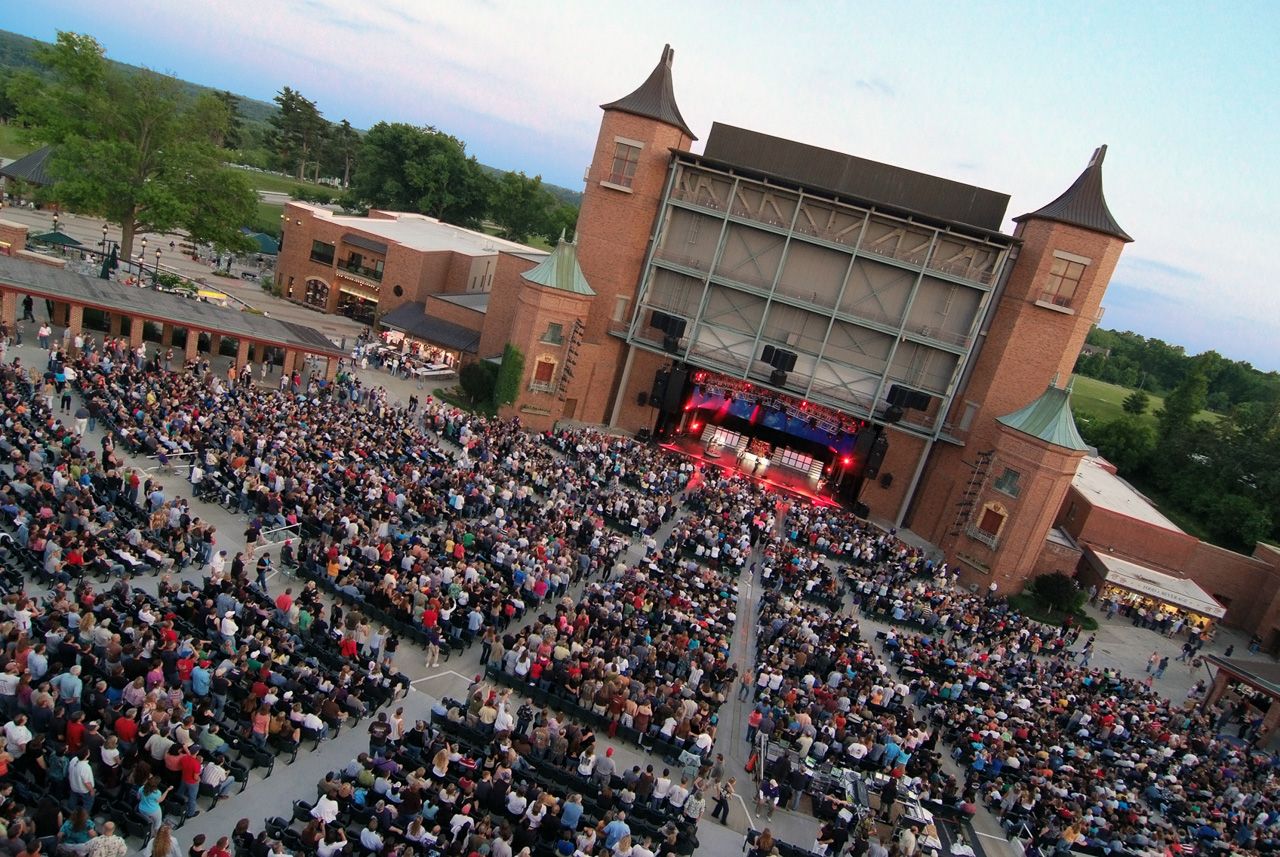 Savor the sights and sounds of a live performance under the twinkling night sky at Starlight Theatre, an outdoor stage set in the lush surrounds of Swope Park, Kansas City’s largest green space. The historic venue’s calendar of events showcases A-list acts across all genres, from popular Broadway shows to Pitbull and the Doobie Brothers. Bonus: Tickets go as low as $10 (but grab ’em early if you can!).

Grab a bite: It would be a sin to leave Kansas City without indulging in some barbecue, whether before or after a night at the theater. LC’s Bar-B-Q is a no-frills joint that maintains old-school smoking methods. It might not have the instant name recognition of some of KC’s other barbecue spots, but LC’s enjoys a dedicated local following. 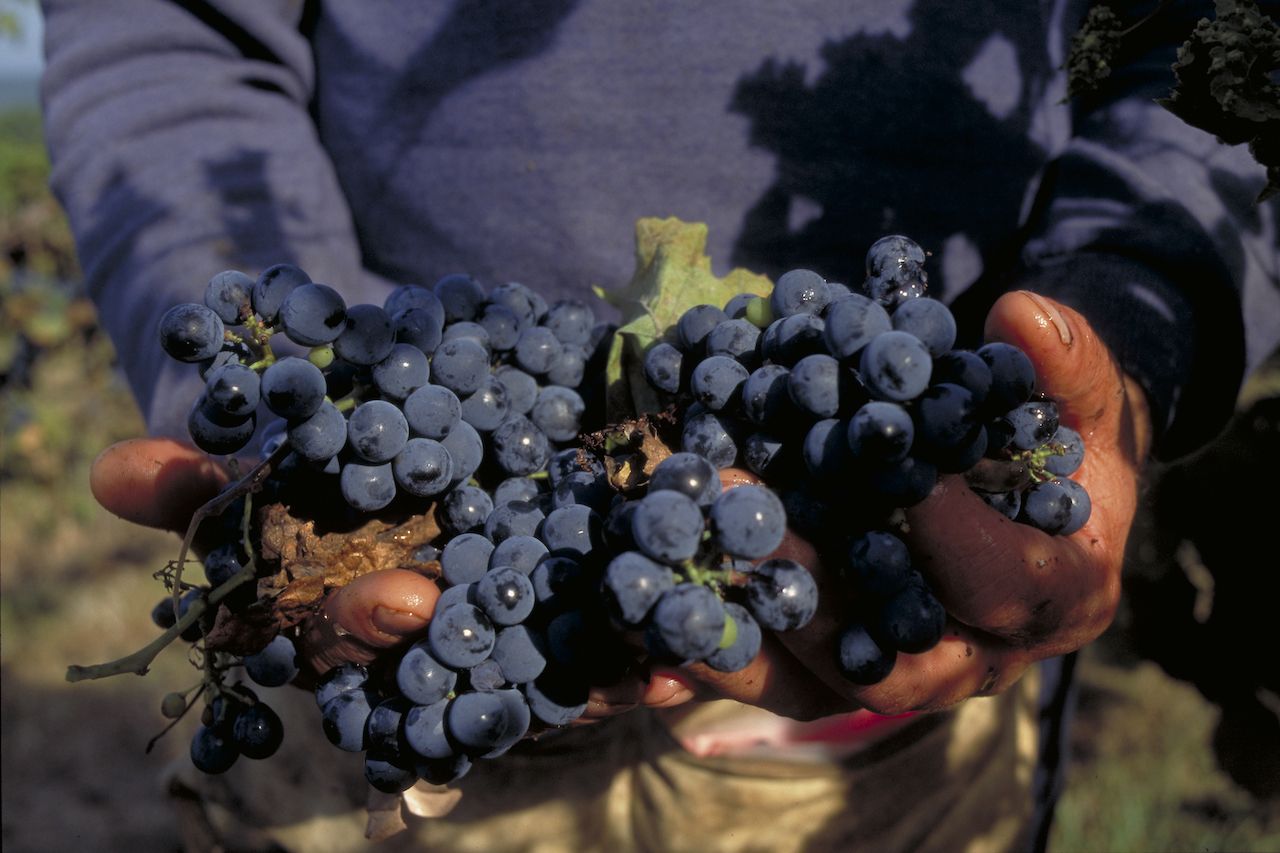 Before the 1920s Prohibition put an end to grape-growing in the area, Kansas/Missouri was the second-largest winemaking region in the United States. The tradition is finally seeing a resurgence, with more small-scale local wineries opening their doors to tap into that history.

Located beyond the urban edges of the city, many wineries have beautifully bucolic outdoor seating areas for you to sip a glass, or you can take a tour to get even closer to the vines themselves. The family-run KC Wine Co. in Olathe produces several different whites and reds, including a Norton made from the official state grape of Missouri. To stick closer to downtown, stop by KC Wineworks in the Crossroads Arts District to sample grape-to-glass locally produced varietals in a space decorated with artwork by local artists. Can’t make up your mind which winery to visit? Leave it to the experts at Kansas City Wine Tours to be your guides.

Where to stay: A quick drive northeast of Kansas City in Excelsior Springs is The Elms Hotel & Spa, a historic hotel built on the rumored healing waters the town is named after. Guests today can still soak in the mineral baths and use the saunas, steam shower, and exfoliation bar in the plush spa. Even just wandering the picturesque grounds feels like a healing experience, like so much of Kansas City’s grand outdoors.

Trip PlanningKansas City Might Just Be the Most Exciting Place in America Right Now. Here’s Proof.

This post is proudly produced in partnership with Visit KC.
Tagged
Outdoor Kansas City, MO, United States
What did you think of this story?
Meh
Good
Awesome

The Best Kansas City Airbnbs To Experience the City's Barbecue, Beer, and Fountains

12 Facts About Kansas City That Will Surprise You

8 Reasons Your Next Trip Needs To Be To Kansas City

30 Totally Free Things To Do in Kansas City

12 Images of Kansas City We Can't Stop Looking At