That sweet spot between Thanksgiving and the winter holidays can be a great time to score a deal on a last-minute international vacation. If that sounds appealing, with a bit of flexibility, you can escape the chaos and squeeze in an overseas adventure before the year closes out. The destinations listed make the cut because they all have something unique to offer this December. From Southern Hemisphere warm weather getaways to cold winter destinations to get you into the holiday spirit, here’s where to travel this December. 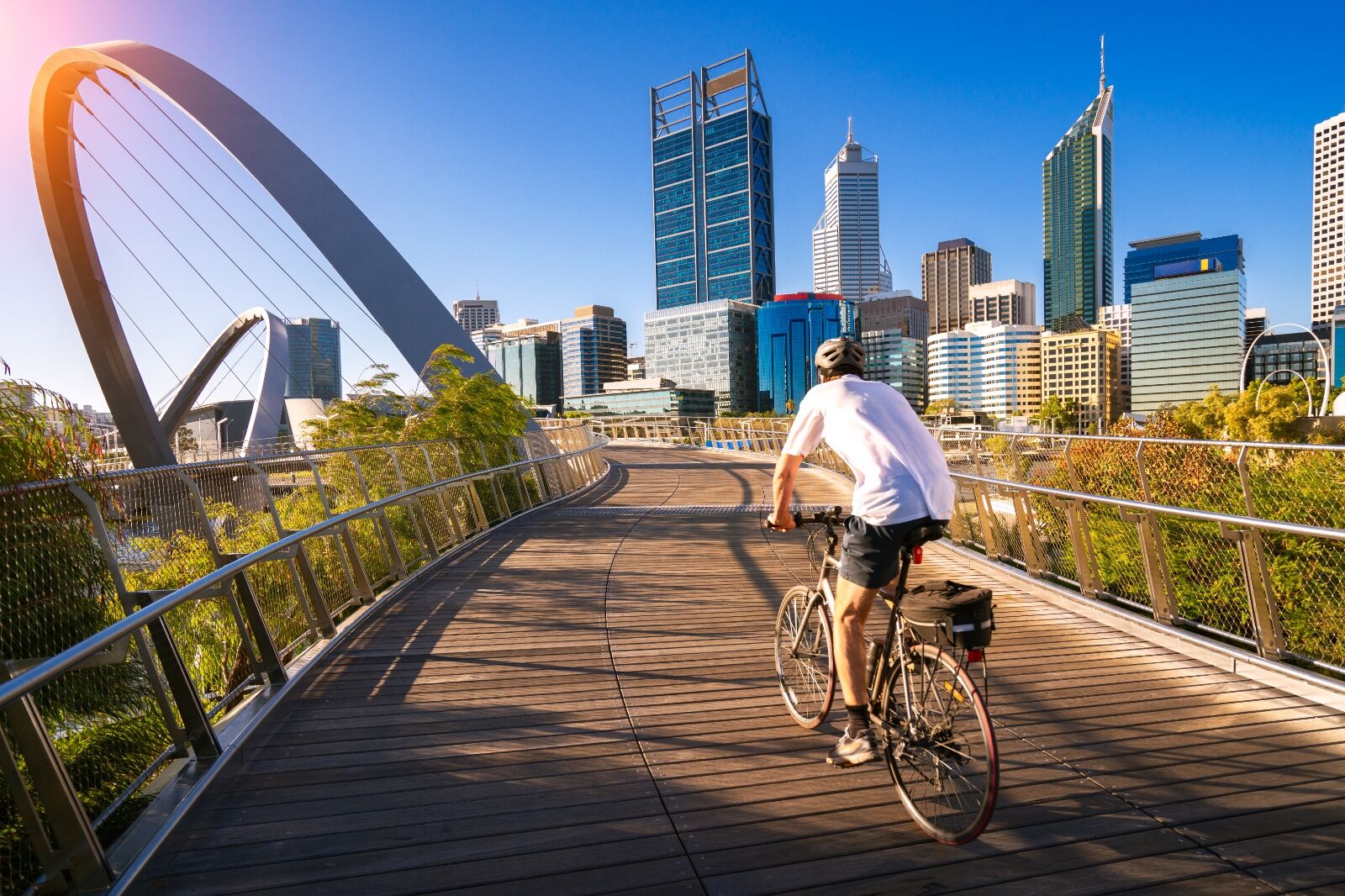 Because Australia’s summer is the Northern Hemisphere’s winter, December is when you want to go. And Perth, in Western Australia is arguably one of the most attractive parts of the country. The laid-back city has many cool coastal neighborhoods to explore and the breezy culture makes a great escape from the stress of the holidays.

For accommodation, go luxe at The Ritz-Carlton, Perth. It has an epic rooftop pool and festive weekend afternoon tea. Or check into Accor’s Art Series, The Adnate which features colorful murals and a chic outdoor-pool scene.

What to do in Perth this December: Sample indigenous cuisine and spectucular views through the Festive Flow menu at Wildflower on the rooftop of COMO The Treasury. On December 16, WA Museum Boola Bardip debuts the highly immersive “Wonderland” exhibit that celebrates Lewis Carroll’s Alice in Wonderland. And to see Perth all-aglow with holiday lights, download the city’s Christmas Lights Trail Map and saunter through the streets. 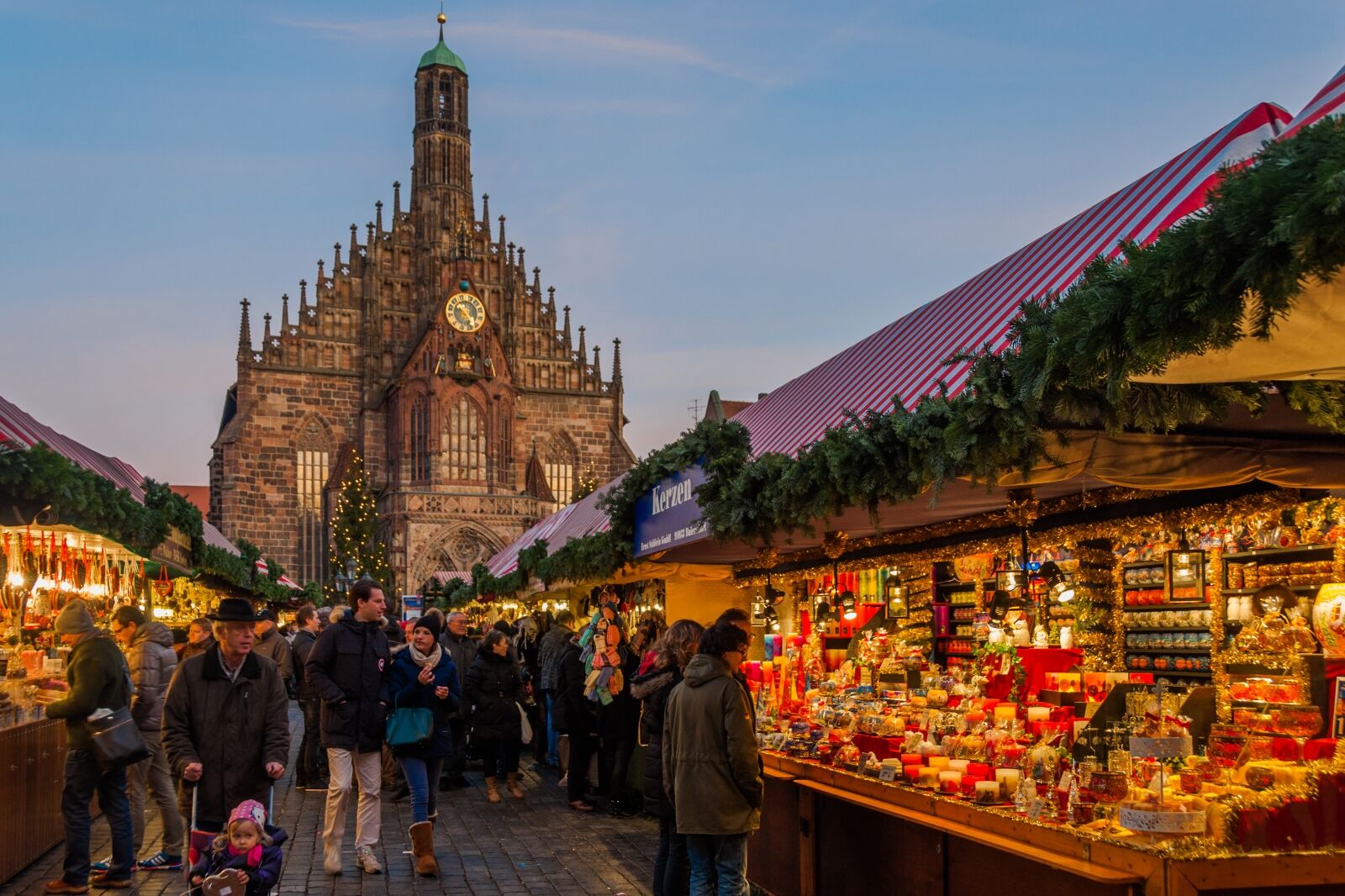 After browsing the Christkindlesmarkt, stroll the nearby streets of Old Town and be in awe of the medieval buildings. During December, the Imperial Castle of Nuremberg offers tours and you can visit the Renaissance artist Albrecht Dürer’s home, too.

There are many lodging options, but stay in the thick of the action at Karl August — a Neighborhood Hotel, in Old Town. It’s well known for its sauna, so you can warm up after a day of exploring.

What to do in Nuremberg this December: Take this two-hour food and walking tour of Christkindlemarkt so you don’t miss the best bites. Then glide along the ice-skating rink at the Nuremberg Arena which is converted into a rink during the winter. 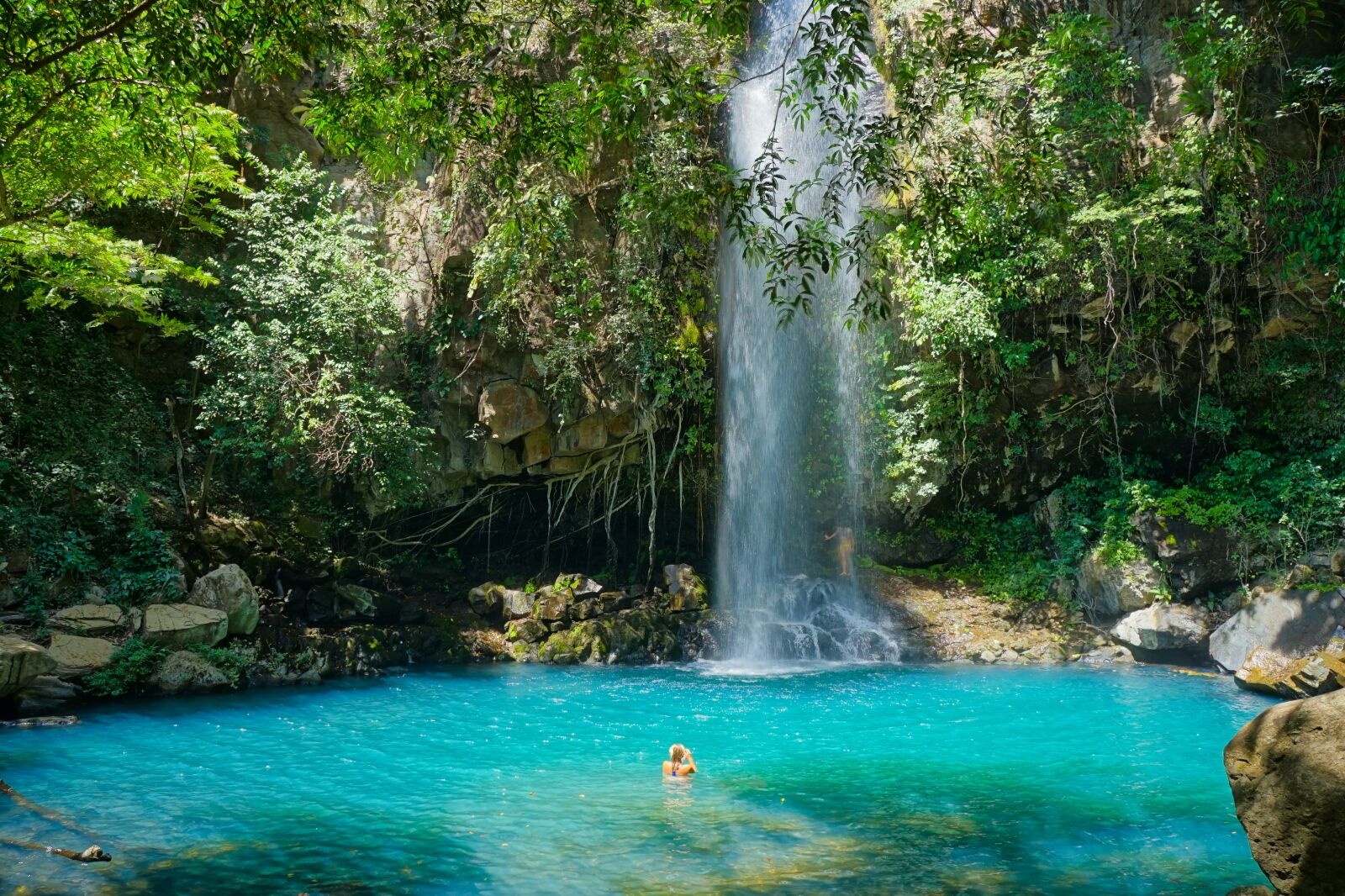 December is the start of Costa Rica’s dry season, and it is also just before the country starts getting busy — and expensive — with international travelers.

I recommend visiting Guanacaste, on the Pacific side of the country, as it has some of Central America’s top surf, snorkel, and dive spots. It also has fantastic beaches where you can relax and enjoy freshly grilled seafood. That sounds a smidge more appealing than standing in the grocery store queue with the masses, right?

Stay at W Costa Rica Resort — Playa Conchal’s lush, manicured jungle-like grounds and you may never want to leave due to the private beach, two pools, a spa, three restaurants, and spacious guestrooms. Rent a car to explore nearby Costa Rica Blue Zone beach towns like Tamarindo, Nosara, and Samara, home to many ex-pats.

What to do in Guanacaste this December: Nosara’s loaded with yoga studios and surf camps. Set an intention for the new year by attending one of Blue Spirit’s week-long yoga retreats, such as Gina Norman’s “Kaia Deep Dive” retreat December 10 — 17. 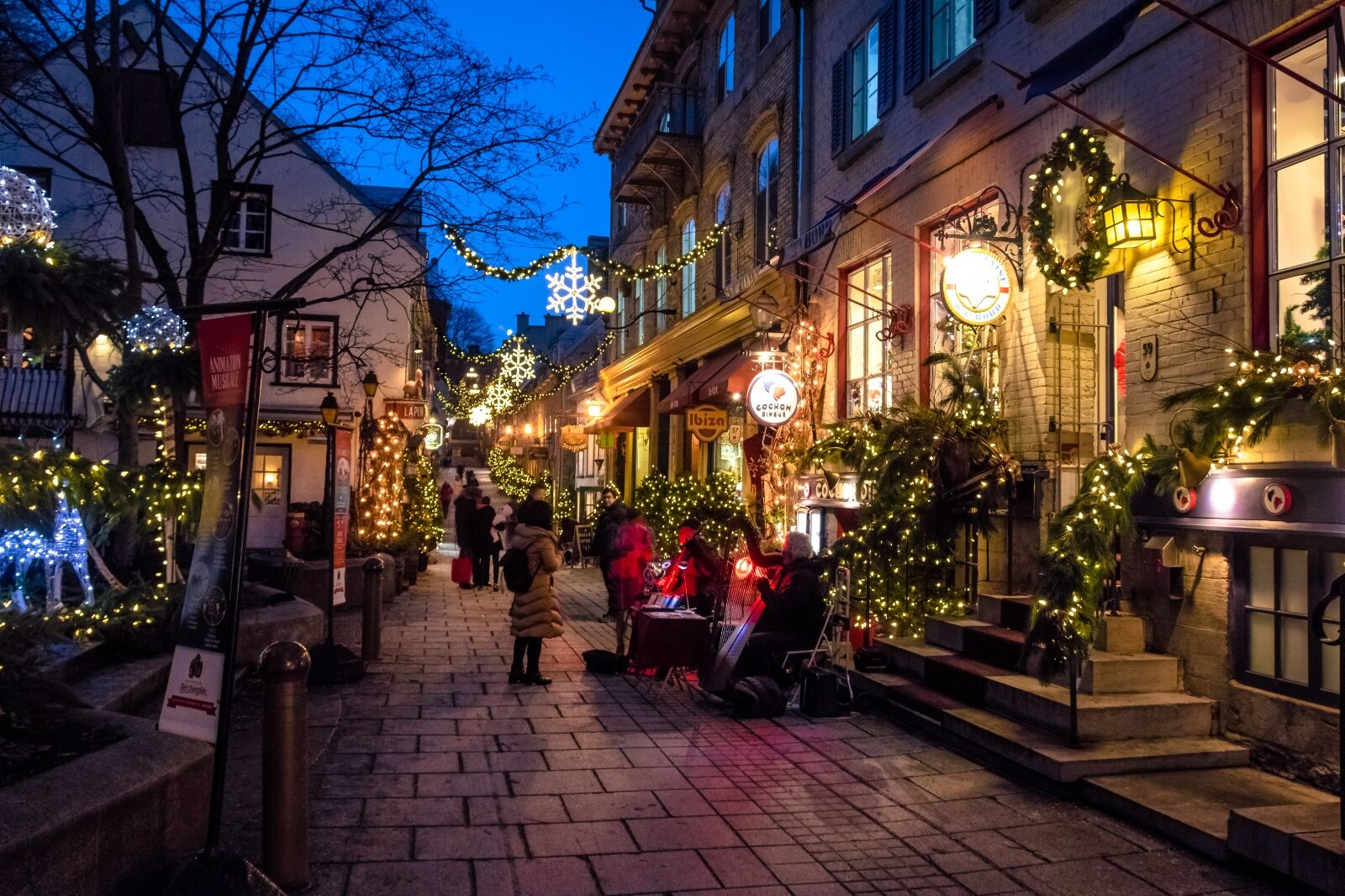 Don’t be put off by the winter chill: December is when Quebec City flaunts its charm and nearly every street is dressed in lights. Browse local food producers at Le Grand Marché de Quebec’s Christmas market from November 14 — December 31 or shop at the city’s German Christmas Market.

Splurge on a stay at the Fairmont Le Château Frontenac (amenities include a spa, toboggan run, and indoor pool), or simply drop by to see over-the-top holiday décor in the lobby and other areas of the hotel. Or for a more low-key lodging option in Vieux Quebec (Old Quebec) and for access to quaint cobblestone streets just outside your room, choose to stay at Hotel Manoir D’Auteuil.

What to do in Quebec this December: Learn more about this destination’s take on Christmas cuisine with a guided holiday food tour offered by Tours Voir Québec called Flavors of the German Christmas Market. 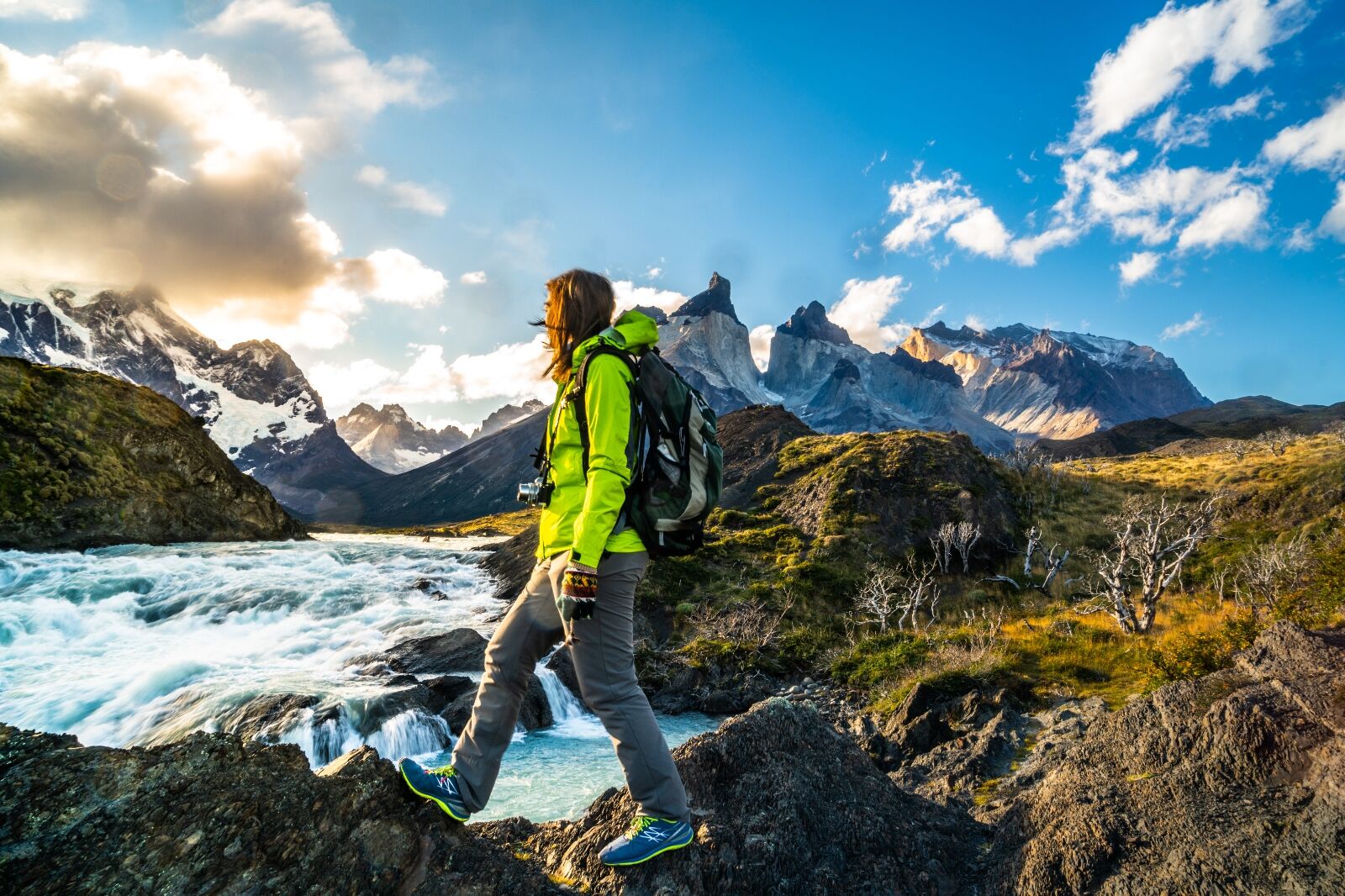 December wins for best weather in this far-southern area of South America. There are also 18 hours of sunlight due to the Southern Hemisphere perch that’s opposite of the US. You may think it’s too late to organize a Chilean vacation for December, but you might find yourself snagging last-minute accommodation options — and there are some truly spectacular places to stay in this region.

Head straight to Torres del Paine National Park, a UNESCO World Heritage Site, and consider trekking the W. This is one of the most popular routes in the park. Not only does it take you past glaciers and icefields, but you can also organize this trip quickly with multiple tour companies.

Accommodations range from rustic such as Cabañas Lago Tyndall, where you get your own cabin to luxe Hotel Lago Grey, which offers a one-stop-shop through its team of tour guides who host sailing and trekking excursions.

What to do in December: The city of Punta Arenas is a popular stop for cruise ships and home to restaurants and craft breweries. It’s also where, in December, many half-day or day-long tours depart from, including Far South Expeditions’ half-day tour by boat with a private naturalist guide to see the penguins at Magdalena Island. 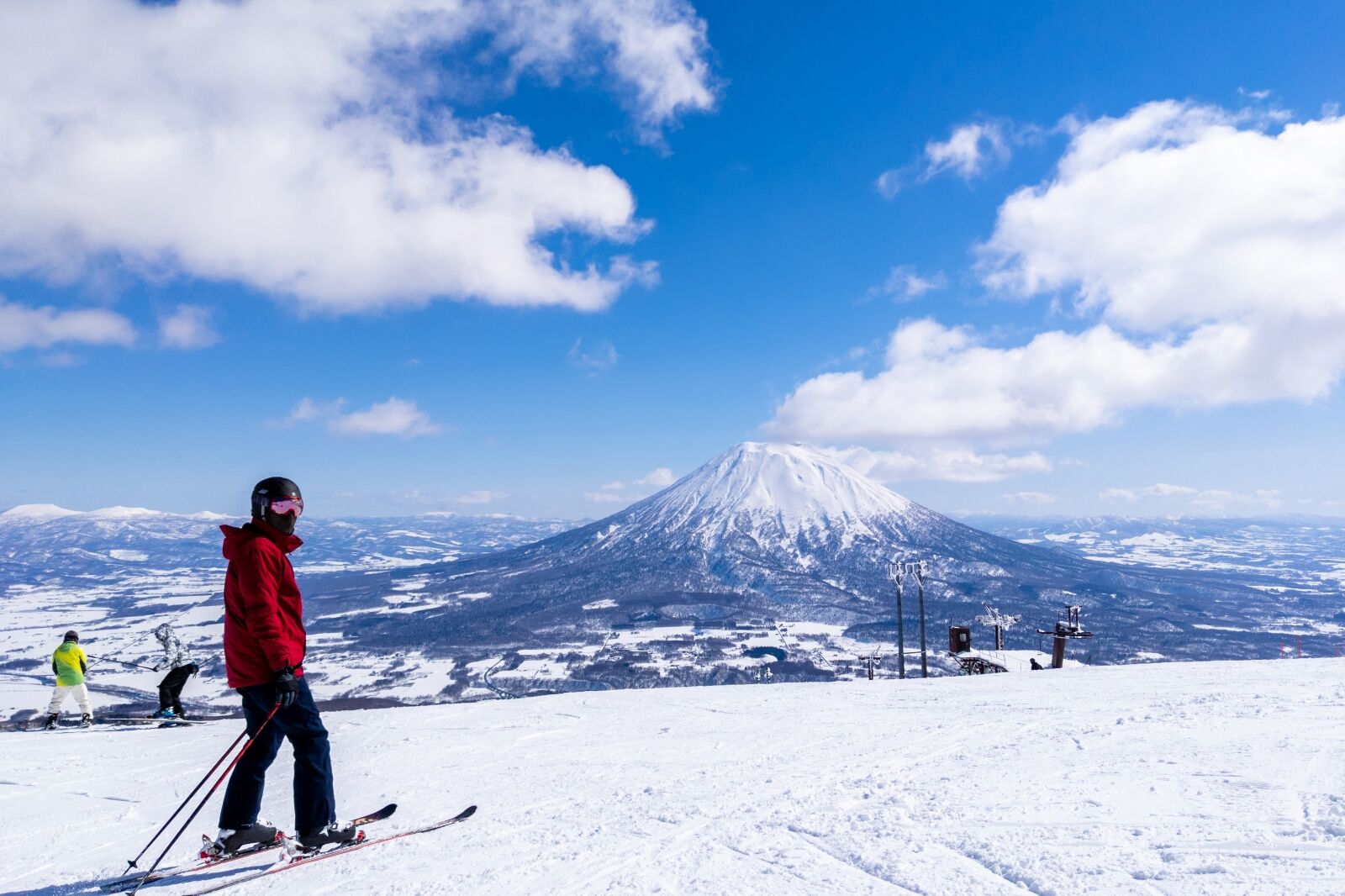 Looking for a ski alternative to Colorado? This up-and-coming ski area—on Japan’s second-largest island — is gaining popularity, particularly now that Japan has re-opened to tourists.

Ski season begins in early December with snowfall often starting the month prior. If you are new to skiing, there are several tour companies to help, including Black Diamond Tours’ guided day trips or group tours spanning eight days.

For a luxurious stay with easy ski access, The Vale Rusutsu is a good choice as is Park Hyatt Niseko Hanazono, with its own hot springs and ski-in, ski-out privileges.

What to do in December: After enjoying the slopes, take a soak in the nearby hot springs, in Tokachidake, which are especially gorgeous amid December’s wintry landscape. 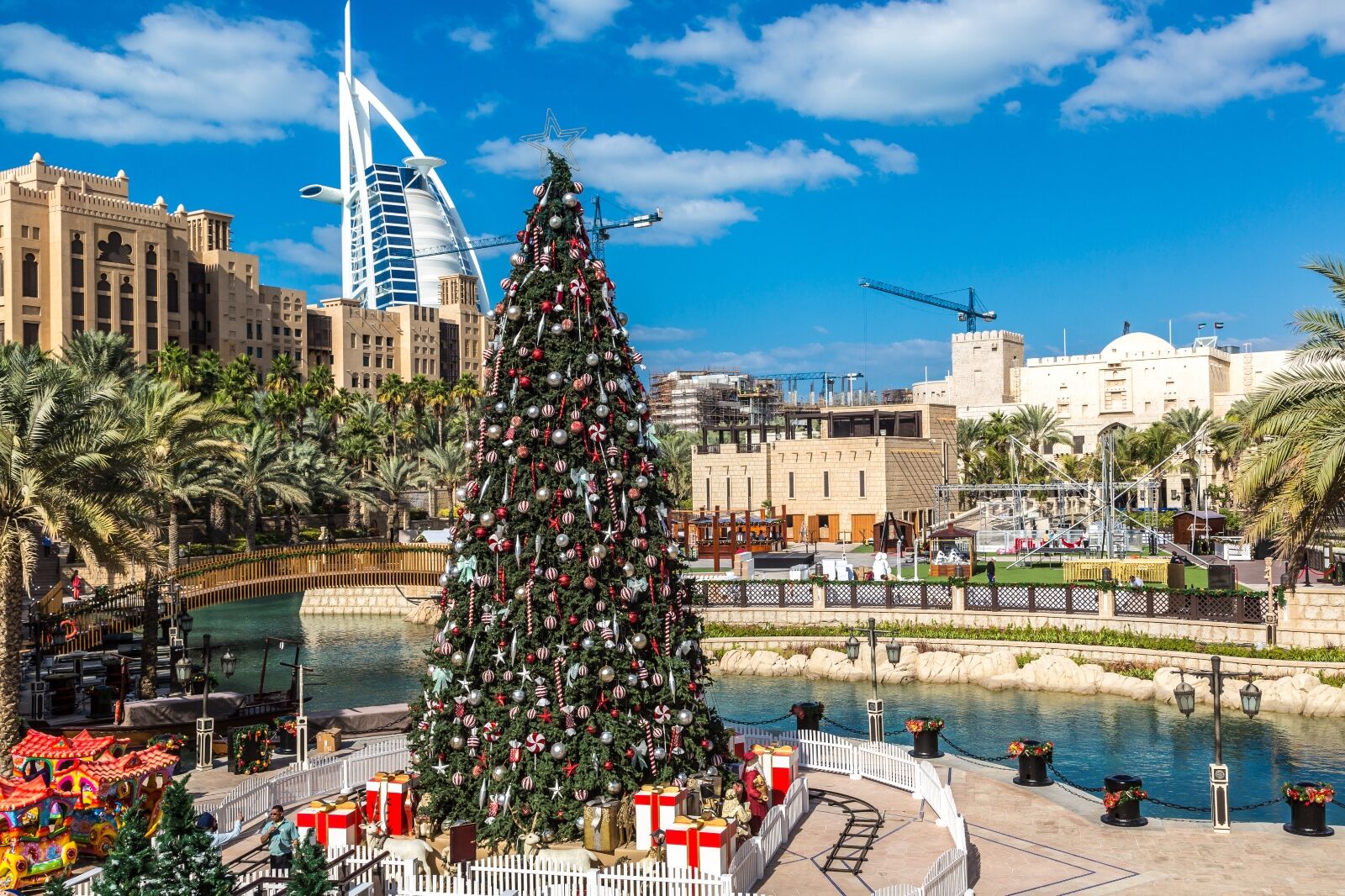 Nothing is blah or boring in Dubai when it comes to food, culture and design. This includes December when you can experience some of the best weather days perfect for embarking on a desert safari or exploring Christmas markets.

Yes that’s correct, Christmas markets. A large community of expats means the holiday season here is vibrant. Among those markets is the Hilton’s Winter Garden, which is over the top and fabulous. There’s street food and live music performances, Christmas carols, and pop-up stalls.

If you’re being forced to choose between the desert and a ski vacation, don’t fret because Ski Dubai is an indoor ski and snowboard resort that also hosts a holiday market in December. It’s within the Mall of the Emirates so you can get some last-minute holiday shopping done, too.

Staying at Five Jumeirah Village puts you near most attractions and has an outdoor pool. As a bonus, guests receive free beach access at Five Palm Jumeirah.

What to do in December: Souk Festive Market at Madinat Jumeirah during the last two weeks of December offers rides on an Abra boat with Santa or aboard the North Pole Train. If you are lucky enough to be in Dubai December 31, you can enjoy one of the world’s best fireworks shows. In 2021 there were 36 fireworks displays across 29 locations, including at Burj Khalifa, the details for 2022 will be announced soon.