Known in one region as ‘fuku’, meaning luck and in another as ‘teppo’ meaning gun, the infamous Japanese pufferfish is the Russian roulette of the dining world. Laced with a poison that kills in hours and has no cure, in Japan the delicacy can only be prepared by trained chefs with years of experience and is, understandably, a rare and expensive dish.

The draw of such a dangerous meal? A subtly-flavored flesh that’s high in protein, low in fat, and has a refined richness only fit for fine dining. Urban legend says that the only dish the Japanese emperor is forbidden from eating, but the added risk is an undeniable attraction. Fear does heighten the senses after all.

Why is fugu dangerous 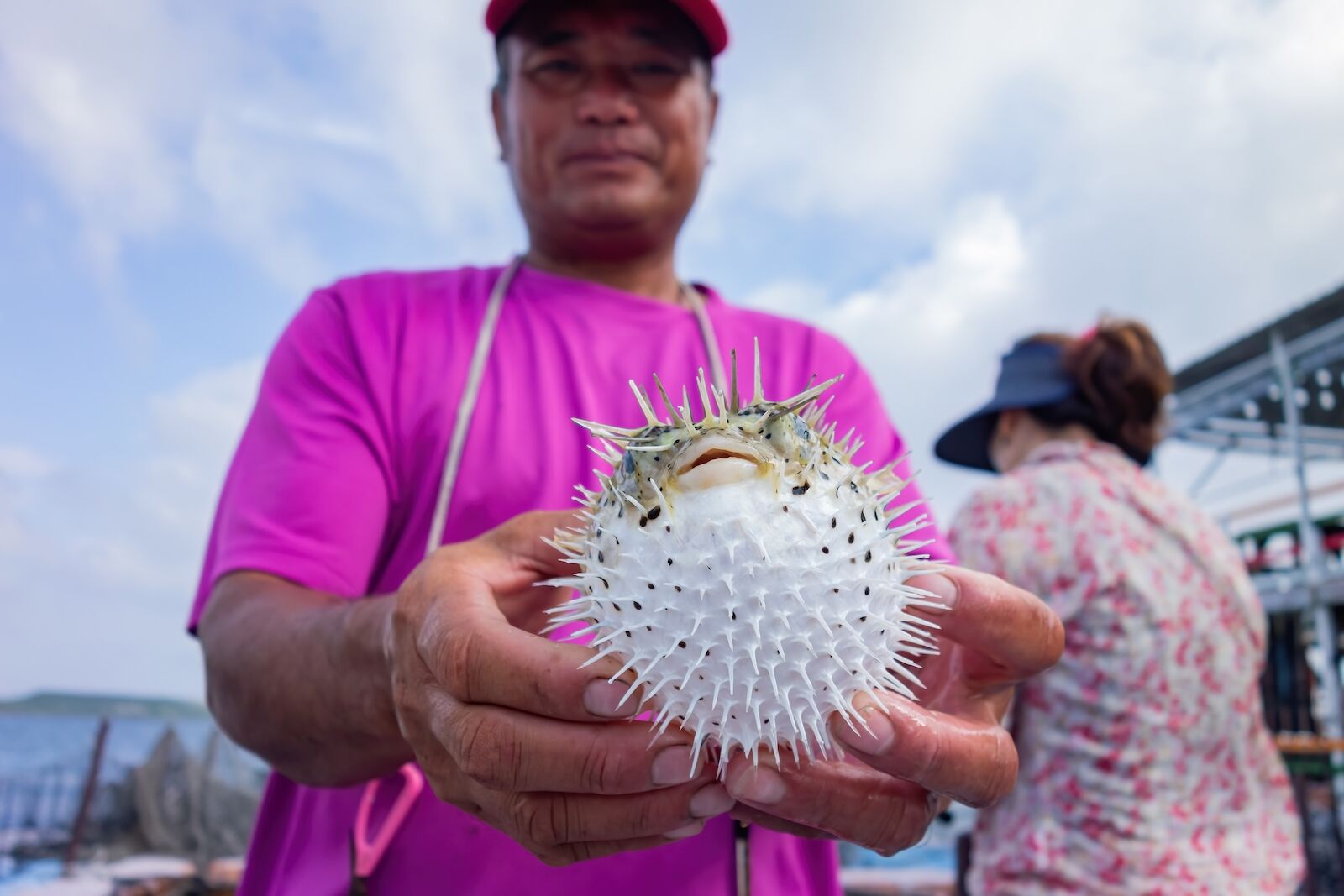 The poison excised from this delicacy is tetrodotoxin: lethal in as little as 2 milligrams and found in the organs of the pufferfish, particularly in the liver. The poison is not produced by the fish itself but builds up through their consumption of microorganisms from the sea. If unfortunate enough to ingest any, diners will quickly lose sensation in their mouth before the paralysis spreads; death usually occurs in a matter of hours. Deaths are rare but not unheard of – only 23 people have died from eating fugu in the past two decades, according to the BBC.

The deadly fish has long been regulated thanks to its dangerous quality and was outlawed entirely in the 16th century. It did not return to diner’s plates for 300 years, although it was still enjoyed behind closed doors. According to the legends of Shimonoseki – Japan’s self-proclaimed fugu capital – faced with a storm and no fresh catch, a local restaurant owner served fugu to the first prime minister of Japan, risking the punishment of death in doing so. He was so impressed by her dish, he requested that the prefectural governor lift the ban, with the restaurant, Shunparo, often fabled as the first official fugu restaurant in Japan.

To this day, preparation at home is illegal as is the sale of the pufferfish organs; regulated training and certification is required for chefs who plan to prepare fugu. In learning to artfully remove the organs and do so without leaving traces of poison behind, chefs must train for two years, practicing on over 100 fish and spending thousands of dollars in the process. Licenses can be revoked, with an infamous case of a two-Michelin starred chef being stripped of his after serving an insistent customer the fugu liver, as reported in the Wall Street Journal. While she recovered from paralysis after a few days, it could easily have been fatal.

How to eat fugu in Japan 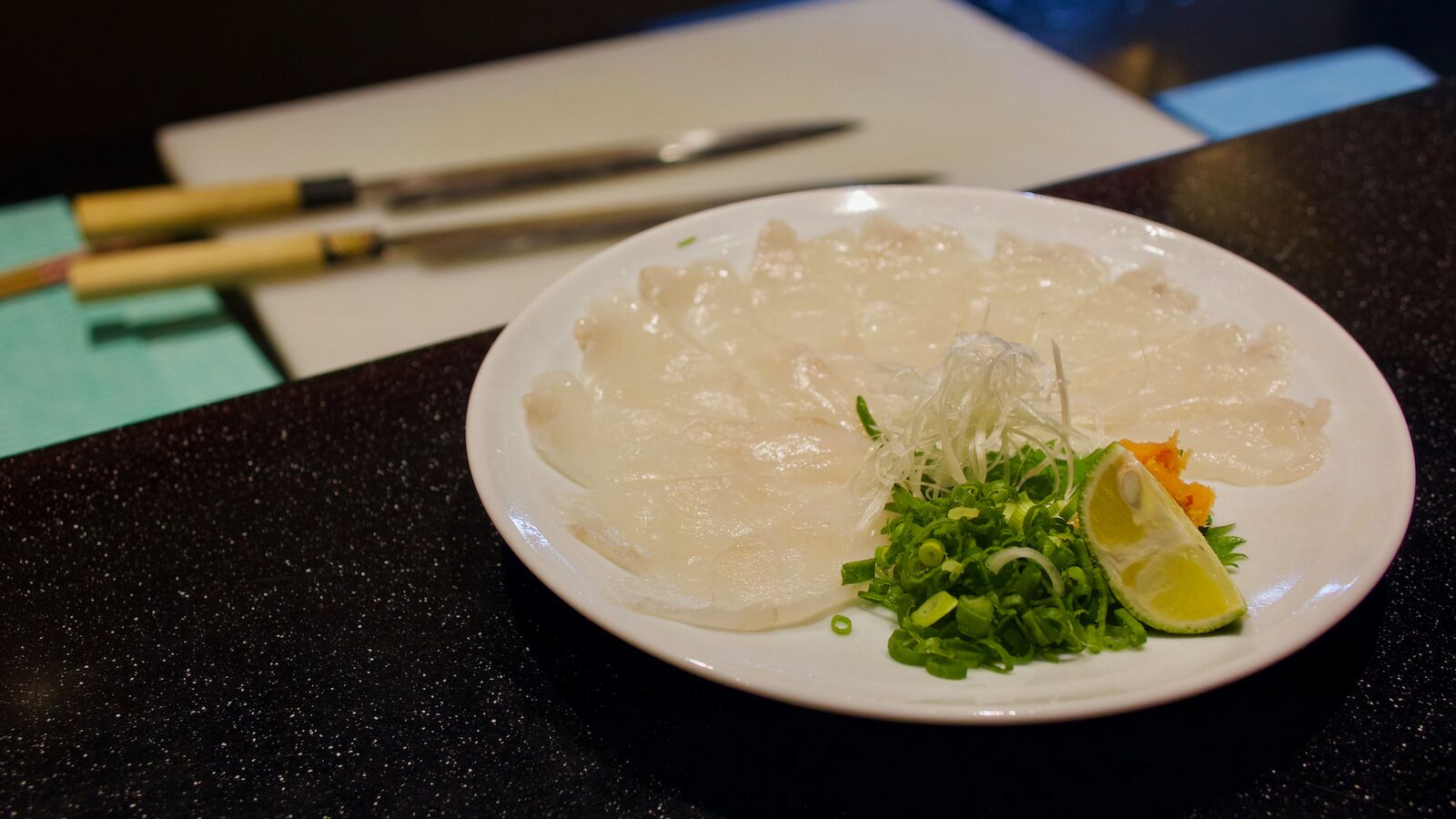 Once prepared, the fish offers a surprising variety of mediums at which to (minimally) risk your life. Sashimi is the go-to preparation method, with paper-thin slices of pufferfish flesh laid out in the design of a chrysanthemum. It’s a beautiful display, but the chrysanthemum is the Japanese flower of death. For a warmer dish, tecchiri nabe is a fugu-filled hotpot offering chunks of fish and seasoned vegetables in a light dashi broth. Both are served with ponzu, a citrus sauce often mixed with soy sauce and providing the perfect sharpness to accompany the subtle flavor.

Fugu tataki is a happy medium between cooked and raw, with the skin flash-seared before the fish is served in thick slices, accompanied by sadachi lime and myoga, Japanese ginger.

For those seeking a more casual dance with death, a contemporary twist is fugu karaage – dipped in batter and deep-fried, or crispy fried fugu-skin, the perfect snack to pair with a cold beer. For a final nightcap, fugu-sake or hirezake sees a charcoal-grilled fin placed in warm sake and steeped for a few minutes, adding a smokey, savory flavor to this traditional spirit.

Fugu season is from October to March; from April to June the pufferfish is actually considered more toxic due to its reproductive cycle, so spring is not the ideal season to sample this dish. Tiger puffer, tora-fugu, is sometimes known as the king of pufferfish and is only available in winter. Here are four restaurants where visitors to Japan can try delicious, delicate, and most importantly, safely prepared fugu.

Where to eat fugu in Japan 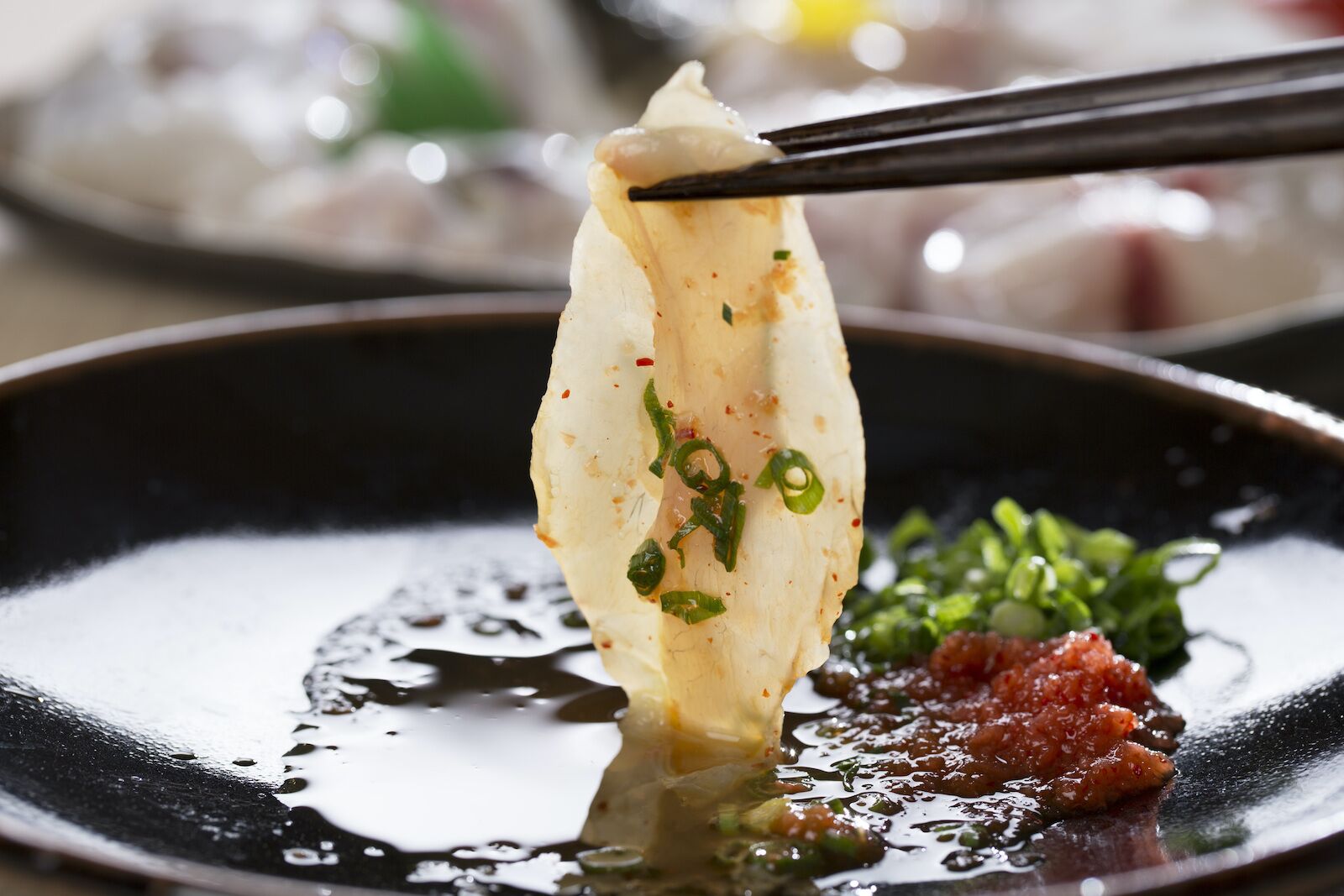 Japan’s first recognized fugu restaurant, Shunpanro is located in Shimonoseki and has been serving fugu (officially) for over 130 years. The traditional kaiseki-style restaurant hosts multi-course fugu dinners with views of the Kanmon Strait,  the source of the city’s pufferfish bounty. Exquisitely thin usuzukuri are their signature dish, believed to hold the essence of fugu dining, along with hot pot, deep-fried and soup courses. The options begin with a nine-course menu, costing  $220 and reaching up to $300 for eleven courses.

Kitahachi is owned by Kiichi Kitahama, known as Dr. Fugu. Well into his nineties, Kitahama learned the trade from his father and went on to earn two Michelin stars. He later became chairman of Japan’s Fugu Association. There is a small museum beside the restaurant, and while Kitahama doesn’t always prepare the fish these days, he is often around to keep a watchful eye on his skilled chefs. Courses start at $300 and many opt for omakase, chef’s choice.

The long-established sister restaurant of the original family-run fugu ryotei in Oita prefecture, Usukifigu also earned two Michelin stars for its fugu dishes. Multiple fugu courses are served, starting at just under $300 for six courses, with the fugu flown in from Oita’s Bungo Channel in southern Japan. Their specialty is sashimi served with homemade ponzu sauce, made using fruit from Oita.

Fukushin gets its pufferfish from Shimonoseki and takes its name from the regional dialect’s translation for the fish, meaning luck, and shin, meaning fresh. They have specialized in fugu and hamo fish (dagger tooth conga) for over 50 years, with skilled chefs removing needle-thin bones from the hamo without cutting through the skin. Menus combine these expertly prepared dishes into luxurious courses including hirezake, sashimi and mixed platters for those wishing to try a variation, starting from $150 per person.

Food + DrinkSee the Best of Japanese Cuisine in These Official Food-Themed Taxis
Tagged
Food + Drink Restaurants + Bars Japan
What did you think of this story?
Meh
Good
Awesome