Japan is a land filled with culinary wonders, from straight-from-the-ocean seafood to springy noodles doused in spicy broth. If you’re a voracious eater, a visit will inevitably include food tours and excursions to multiple restaurants. But trying to hit every spot on your itinerary can be overwhelming. One of the best ways to see restaurants is with a guide — especially one that can both make suggestions and get you there. For that, there’s the Japan Local Taxi Association’s genius system: a series of taxis based in regions around the country that specialize in food and hospitality.

In Hakodate City in Hokkaido, for instance, you’ll find the ramen taxi. In Hirosaki City, part of the Tohoku region, you’ll find the apple pie taxi. There is a candy taxi in Gifu City, a sushi taxi in Kanazawa, and a hot spring taxi in Sakae City, among others (you can find the full list of food-themed taxis on the Japan Local Taxi Association website). Helmed by an experienced tour guide, these food-themed taxis shuttle guests from shop to shop so that you can sample the best cuisine the region has to offer. Here’s how to experience a guided culinary tour from the back of a taxi. 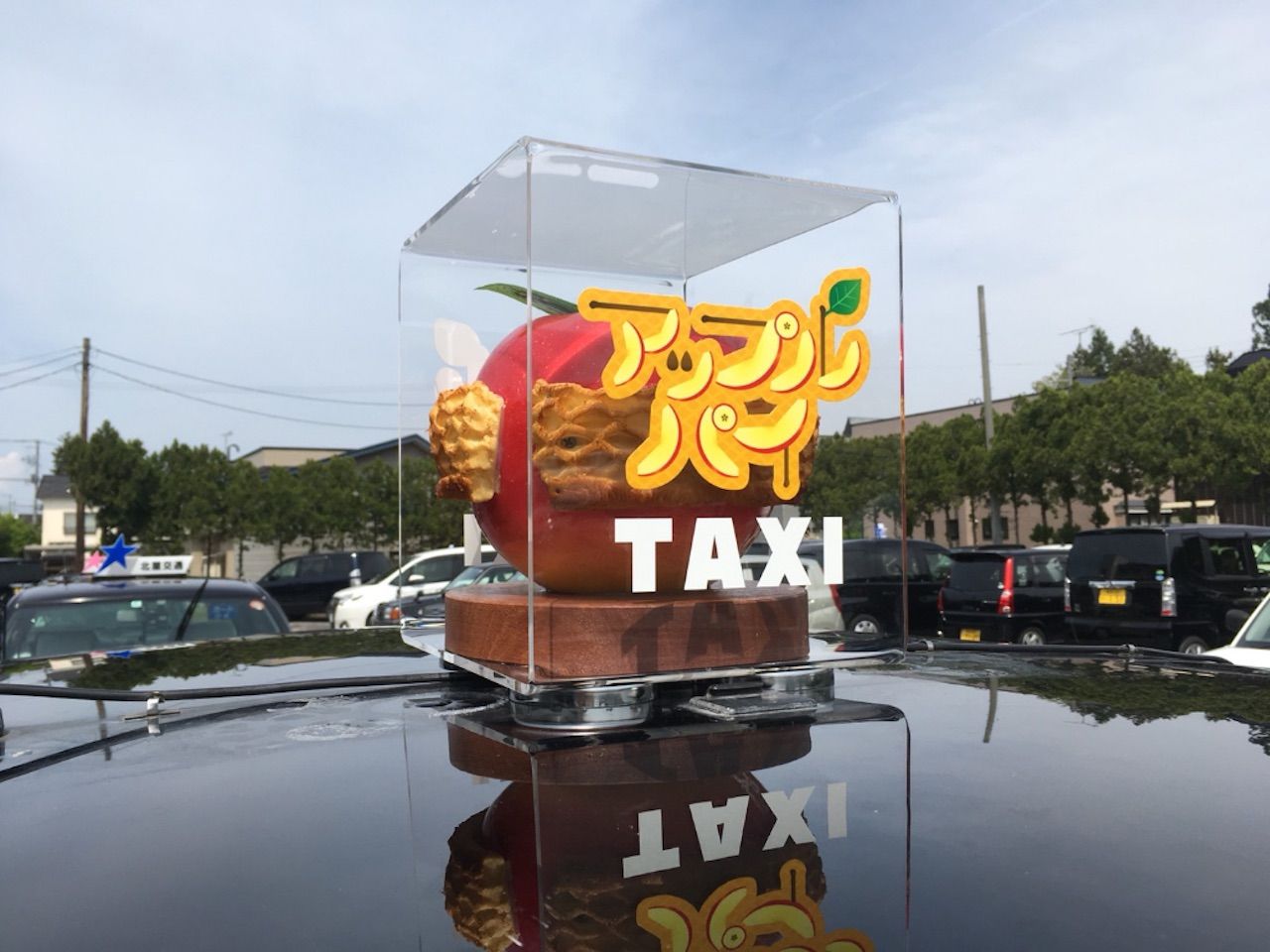 The Japan Local Taxi Association partnered with several taxi and tour companies around the country to provide tourists with easy transportation to each city’s best restaurants. But the drivers are much more than mere chauffeurs — they’re experts in the region’s specialty cuisine, as well.

For instance, in Hirosaki City, becoming an “apple pie concierge,” also known as the Sakura Komachi, requires passing four tests: First, candidates must learn about the region’s different apple varieties, visit all 50 apple pie shops in Hirosaki City, learn how to make an apple pie from a chef, and then take a written exam.

Tours can take anywhere from 30 minutes to an hour and a half, and the type of tour varies depending on the region. Hirosaki City is Japan’s largest apple producer, and at the apple park near Mt. Iwaki, guests can learn more about apple harvesting and visit a cider factory.

There are 50 apple pie shops in Hirosaki City, and the 120-minute apple pie taxi tour will take you to as many as five (depending on your appetite). The concierge will enquire about your tastes before choosing which shops to visit. 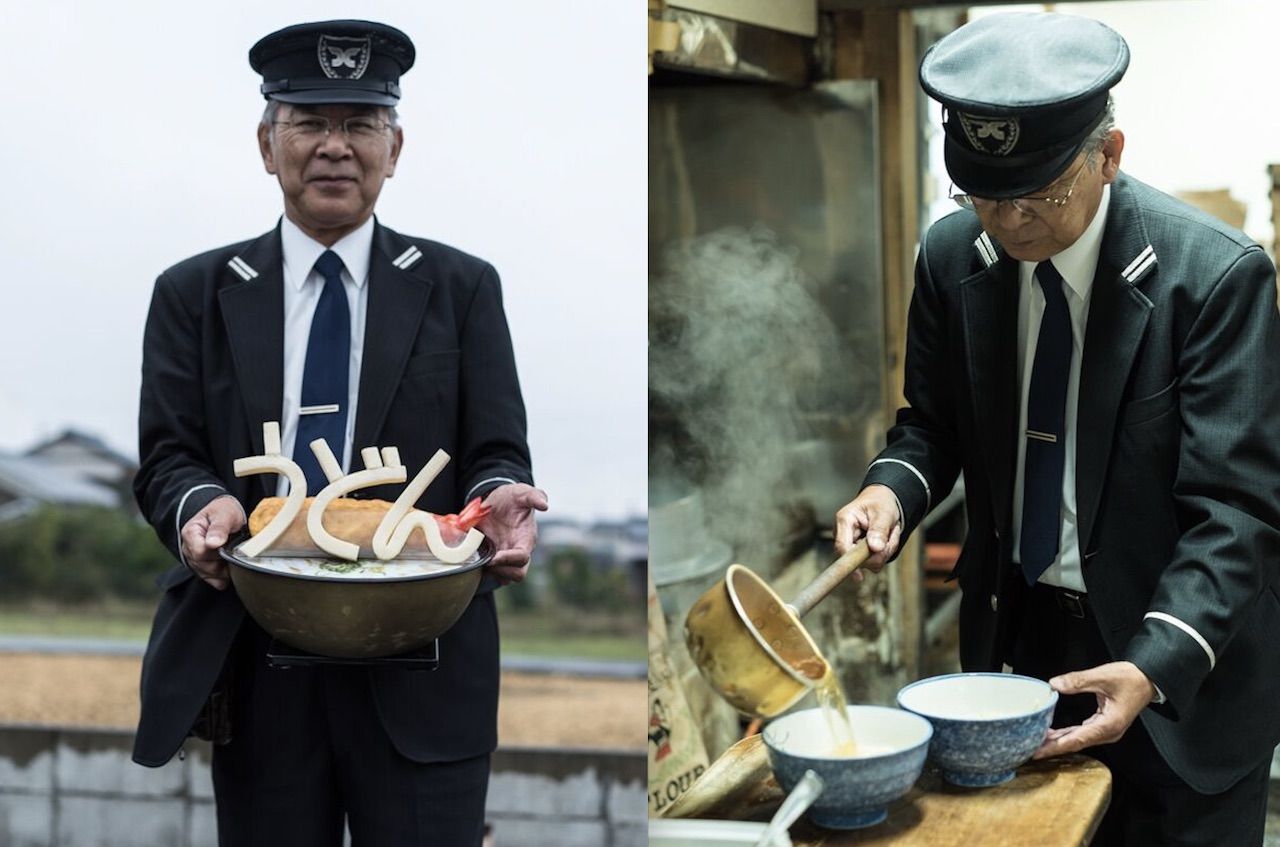 The Hakodate ramen taxi offers the “Gourmet light meal tour” where a taxi will take you to three ramen restaurants (you can choose for yourself from a list on the website or let the driver choose their favorites). You’ll be served a half-size meal at each shop so you don’t lose your appetite along the way. Hakodate specializes in shio, or salt ramen, which has a clear broth flavored with kelp, and straight noodles rather than the typically curly variety.

The Kagawa Prefecture, in the Shikoku region, is known for another type of noodle: udon. With more than 800 udon restaurants in Kagawa, you’ll undoubtedly need help choosing where to eat. The region’s udon taxi offers a two-hour tour to three udon restaurants. You can pick the restaurants or let the guide decide for you.

Kotobus, which operates the udon taxi, promises to deliver you to both the region’s most famous udon restaurants, as well as local favorites that don’t appear in any guidebooks. The driver of the Udon taxi may even eat with you, dispensing knowledge about local culture and coaching you through how to order and eat udon the traditional way.

However, you should be aware that you may have some trouble communicating because there’s no guarantee that your driver will speak English — so brush on your basic Japanese or bring a friend that can translate along for the ride. The driver will likely talk about your preferences and experience with Japanese cuisine, offering options including Shikoku region’s most famous variety, sanuki udon. You’ll likely also receive a booklet or a map with pictures of restaurants in the area. If you don’t know much about udon, you can ask for an osusume — a recommendation.

How to make a reservation 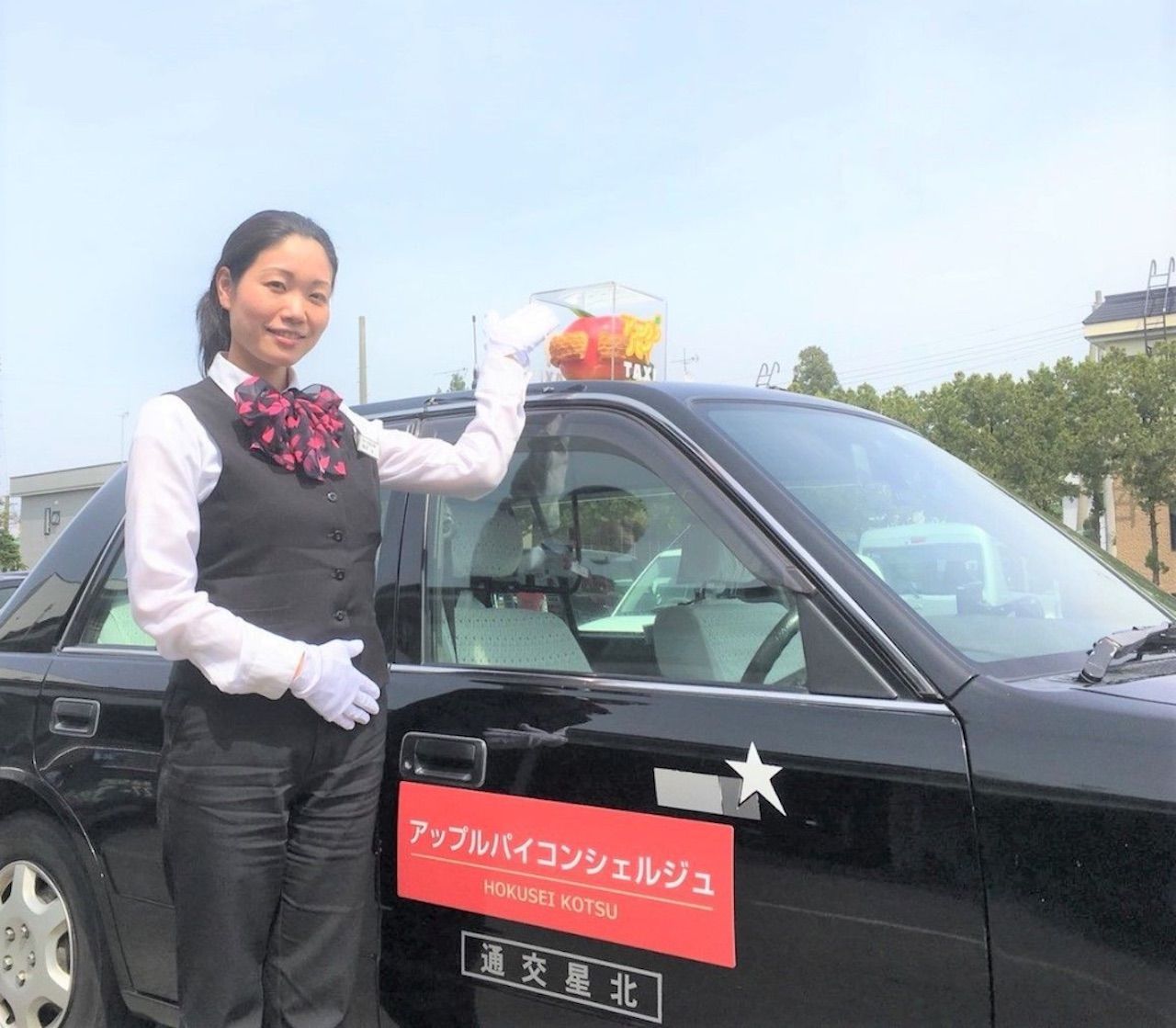 The Japan Local Taxi Association keeps a directory of the websites for each taxi company it has partnered with to offer guided culinary tours. You’ll need to make your reservation directly through the taxi company’s website.

While some companies require email reservations, others offer a convenient form to fill out or even a calendar to choose your preferred date. Before making a reservation, you’ll need to gather some basic information: the date and time of your tour of choice, how many people in your party, and where to pick you up. Options for pick up locations typically include your hotel, the airport, or the train station. You can also request a driver who speaks English though there are no guarantees you’ll be accommodated.

Some reservation forms might be in Japanese (like the one for the Udon taxi) so you may need help translating. You can also try calling on the phone to make your reservation if you have an interpreter or ask at your hotel for assistance.