It’s a rare piece of good news when an animal comes back from extinction or sees an improvement in its survivability prospects — that’s why Tuesday’s announcement by the International Union for Conservation of Nature’s Red List of Threatened Species (IUCN) was exceptional. According to a new assessment by the IUCN (the world’s most comprehensive information source on the global conservation status of animals), 10 species, including eight bird species and two freshwater fish species, have seen their statuses improved thanks to conservation efforts. Here is the success story for each of the 10 species recoveries. 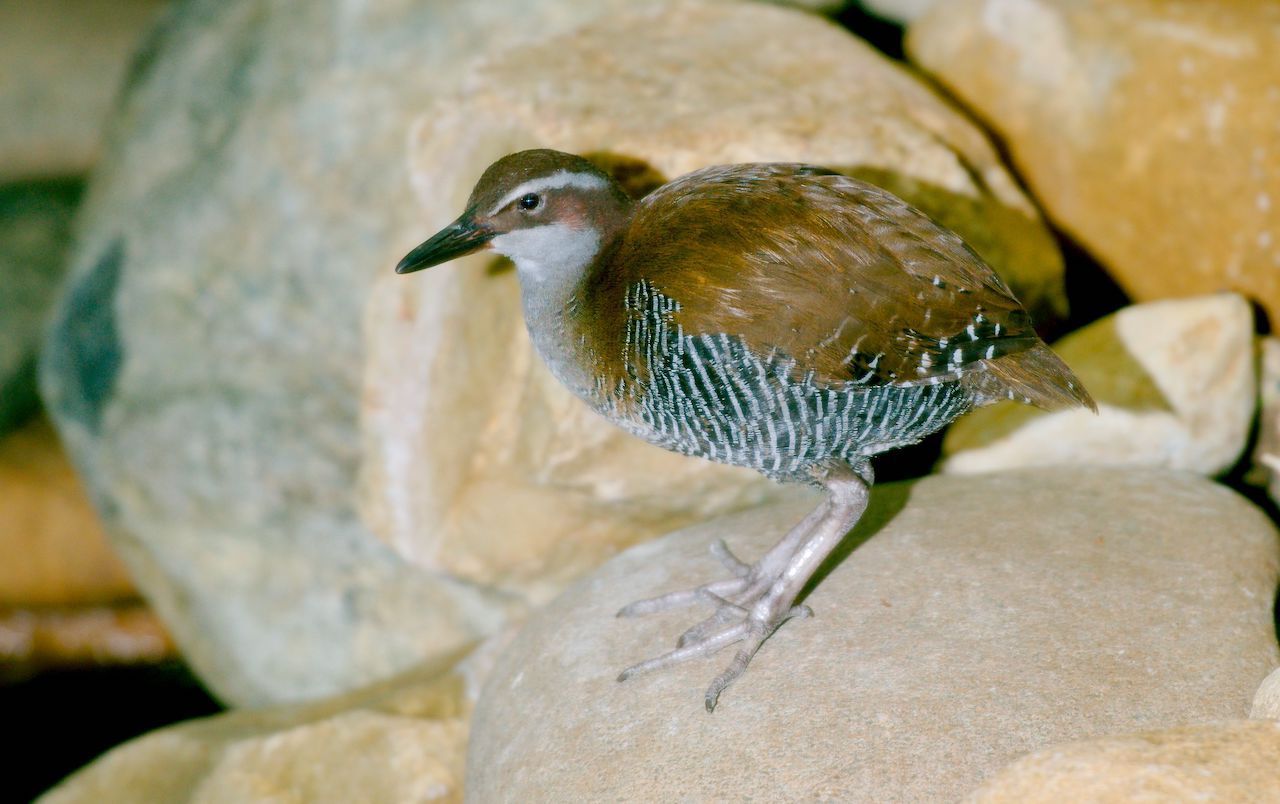 Found in the forests, grasslands, savannas, and shrublands of the Pacific island of Guam, the Guam rail is a flightless bird that was driven to extinction by the invasive brown tree snake. It’s only the second bird in US history to come back from extinction, thanks to breeding and repopulation efforts. Previously considered “extinct in the wild,” the Guam rail is now classified as “critically endangered.” 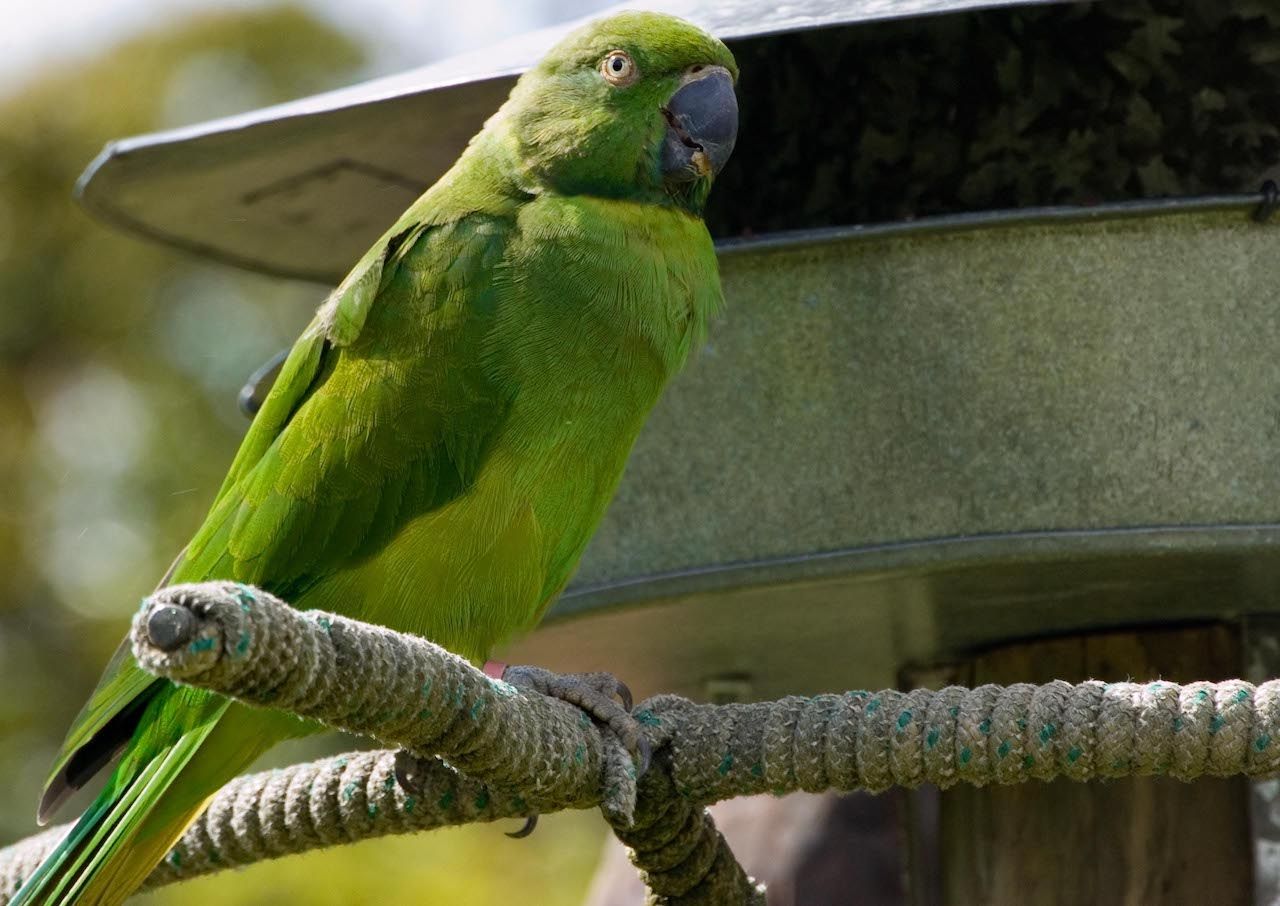 Native to the island of Mauritius in the Indian Ocean, the echo parakeet was once widespread across the country before its decline in the 19th century, due to the human destruction of its habitat. Now, conservation efforts have resulted in the parakeet’s numbers rising to over 750, with the species moving up from “endangered” status to “vulnerable.” It lives mainly in forest and shrubland, sustaining itself on native plants. The echo rarakeet is extinct in the neighboring island of La Réunion. 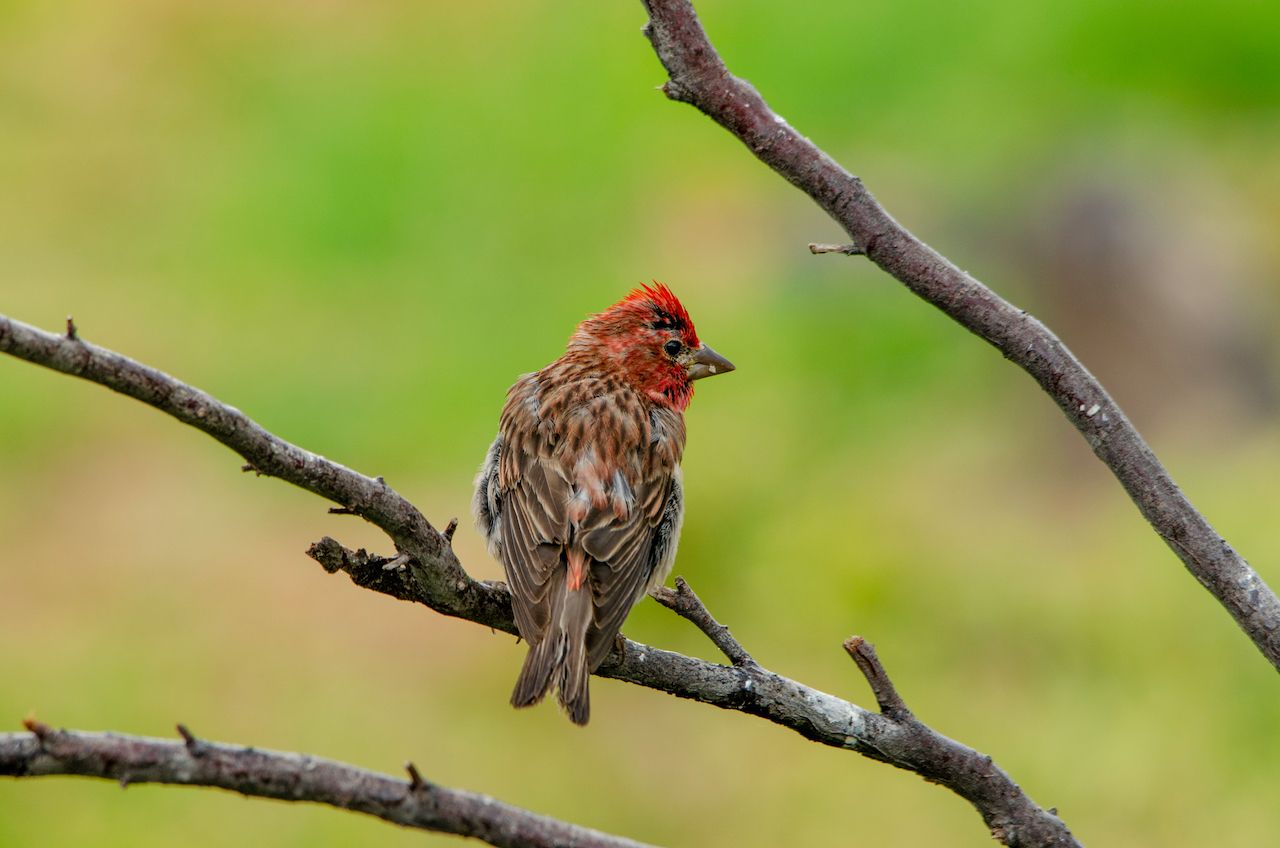 Although the population of Cassin’s finch has seen a rapid decline in the past few decades, the population seems to be stabilizing, earning it the categorization of “least concern,” the highest category on the Red List. Cassin’s finch is found primarily in the conifer forests and mountains of North America, from British Columbia and Southern Alberta to the Rocky Mountains, and even down to Mexico during the winter.

The population of the Tongan scrubfowl is believed to be stable or increasing, making the species climb up the threatened species list from “endangered” to “vulnerable.” This bird, native to the Tonga archipelago in the South Pacific, tends to reside on shoreline, wetlands, and forests. The bird is legally protected on Tonga, which, in addition to conservation efforts, has contributed to its preservation.

The population trend of Murphy’s petrel is unknown, but it’s sufficiently large to earn the seabird a “least concern” status, an uptick from the previous “near threatened.” With a huge range of habitats across the Pacific, including French Polynesia and Pitcairn, Murphy’s Petrel is benefitting from the eradication of rats on some of the islands where they nest. 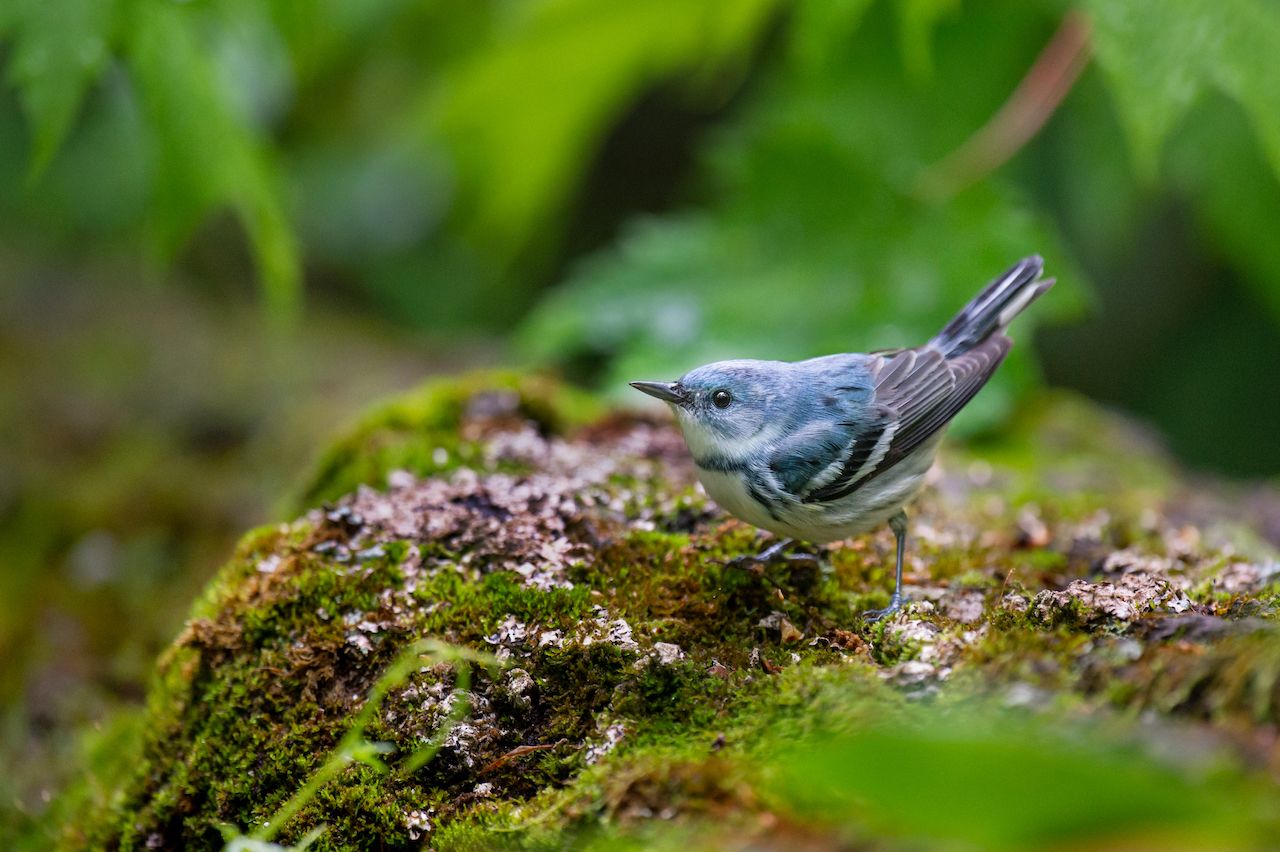 Found in the deciduous forests of the eastern US, extreme southeastern Canada, and in South America in the winter, the cerulean warbler has declined in the past due to deforestation, human degradation of ecosystems, and the parasitistic cowbird. However, the species has been helped by various conservation efforts, like the creation of a Cerulean Warbler Bird Reserve in Colombia. Currently, the bird is considered “near threatened.”

Found in Dominica, Guadeloupe, Montserrat, and Saint Lucia, the forest thrush has been damaged by deforestation, predators, and, on Montserrat, habitat loss from volcanic eruptions. The rate of population decline has slowed, however, and with the creation of protected habitats, the bird’s future is looking brighter, currently being classified as “near threatened,” a step up from its former “vulnerable” status.

This bird (native to Texas, Oklahoma, and Mexico) is primarily threatened by habitat loss, urban development, and — since they tend to dwell in dry shrubland — fire. When humans clear land for grazing animals, they often harm the black-capped vireo’s ecosystem. Management programs aimed at restoring vegetation have gone a long way toward helping this species, which is now classified as “near threatened.” 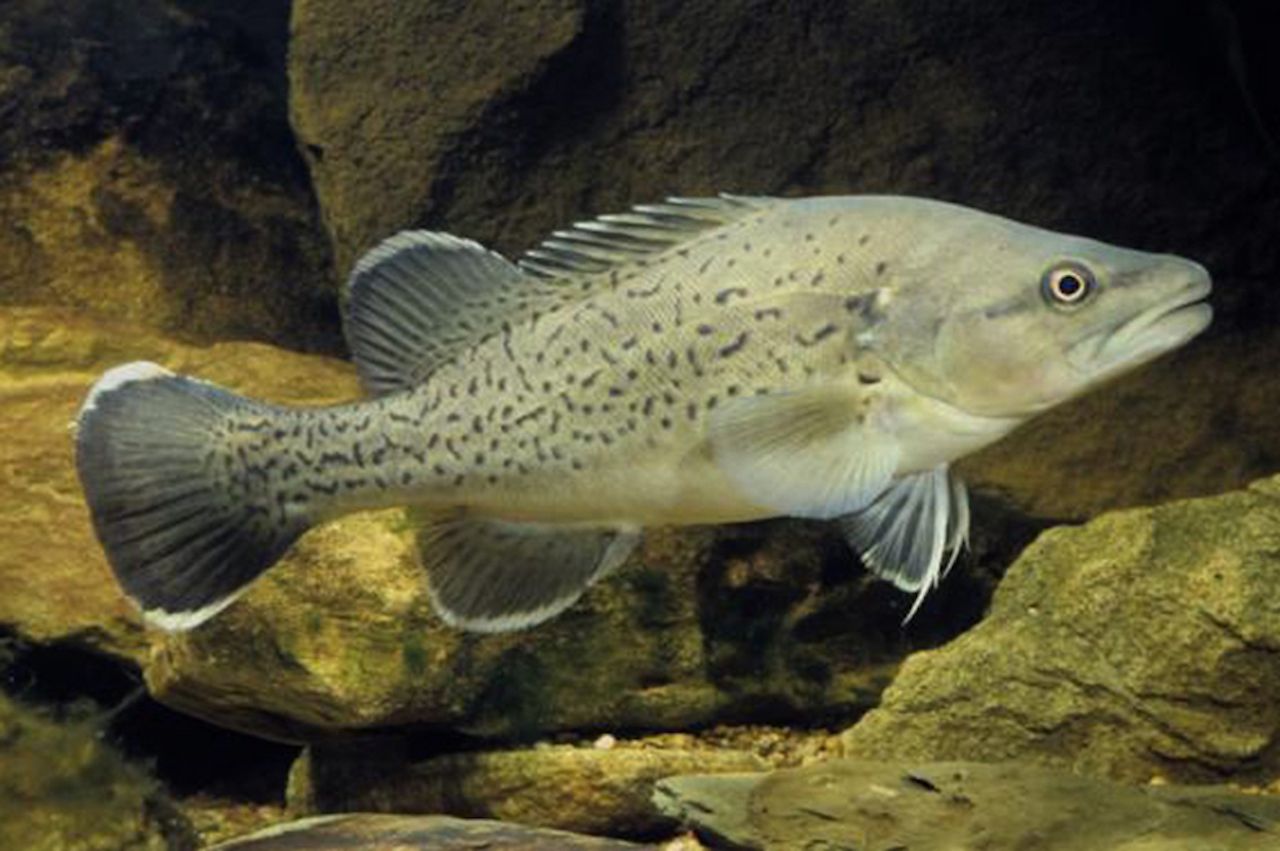 The Australian trout cod is found primarily in New South Wales and Victoria. The trout lives in the mid to upper reaches of rivers and streams, and its population has been damaged by recreational fishing, thermal pollution from dams, and human removal of rocks and other debris from its habitat. Although it was previously listed as “endangered,” the IUCN categorizes the species as “vulnerable” and the species population as “stable.”

The second fish on the list is native to the wetlands of Tasmania. Due to habitat destruction by the flooding of Lake Pedder in the 1970s, the species suffered a rapid decline. Around the same time, the predatory brown trout encroached on the Pedder Galaxias’ habitat. Now classified as “stable,” the Pedder Galaxias were moved to a new habitat in Tasmania’s Lake Oberon, where they seem to be thriving.

Insider GuidesThe Best 8 Places To See Some of the World’s Most Majestic Animals Up Close
Tagged
News Wildlife
What did you think of this story?
Meh
Good
Awesome