If you love creatures great and small, one of the best ways to fully immerse yourself in the animal kingdom is in a hotel that puts your right new the wildlife. For example, all of the rooms at The Cape, a Thompson Hotel in Cabo San Lucas, Mexico, include a pair of binoculars so guests can whale watch from the comfort of their king-size beds. Meanwhile, guests staying in the panoramic suites (picture 180-degrees of floor-to-ceiling glass walls) are treated to “enhanced telescopes.”

That’s not to say that high-powered optics are required, however. A property might have a resident bison herd as its welcome committee, a flock of friendly flamingos photobombing on the reg, or even an adolescent elephant thinking it’s cool to drink from the pool. Why not? After all, it’s an animal’s world. We’re just living in it. From Alaska to Africa, these 13 hotels and resorts allow you to binge-watch wildlife to your heart’s content. 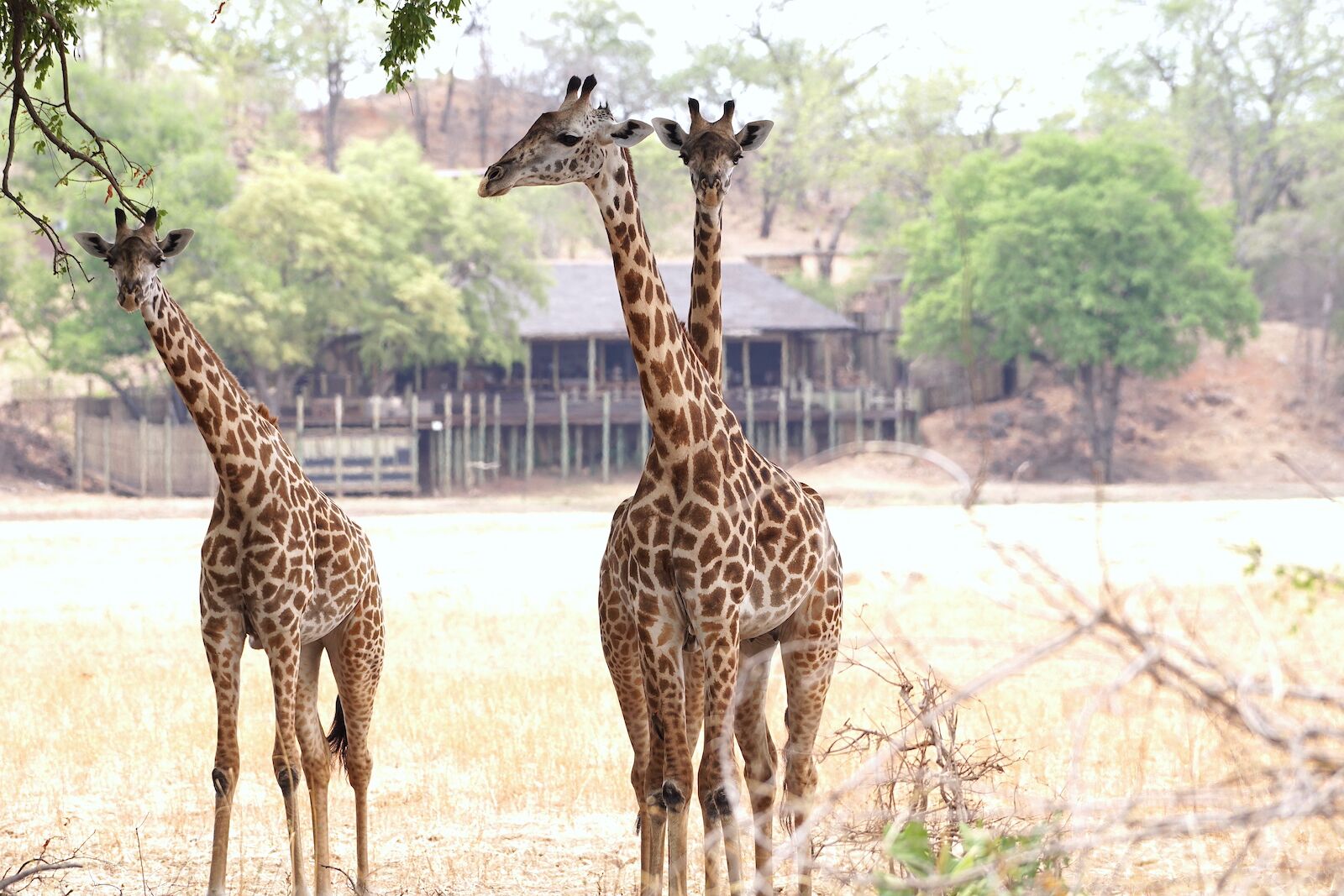 Opened in 2020, Puku Ridge is the premier luxury property in Zambia’s South Luangwa National Park. Unlike other safari lodges, it has its own on-site hide, right below the restaurant, where guests can sit in the comfort of the structure and photograph the wildlife that frequent Puku Ridge’s watering hole. Depending on the time of the day, it’s either predator or prey. Rates start around $1,000 per night. 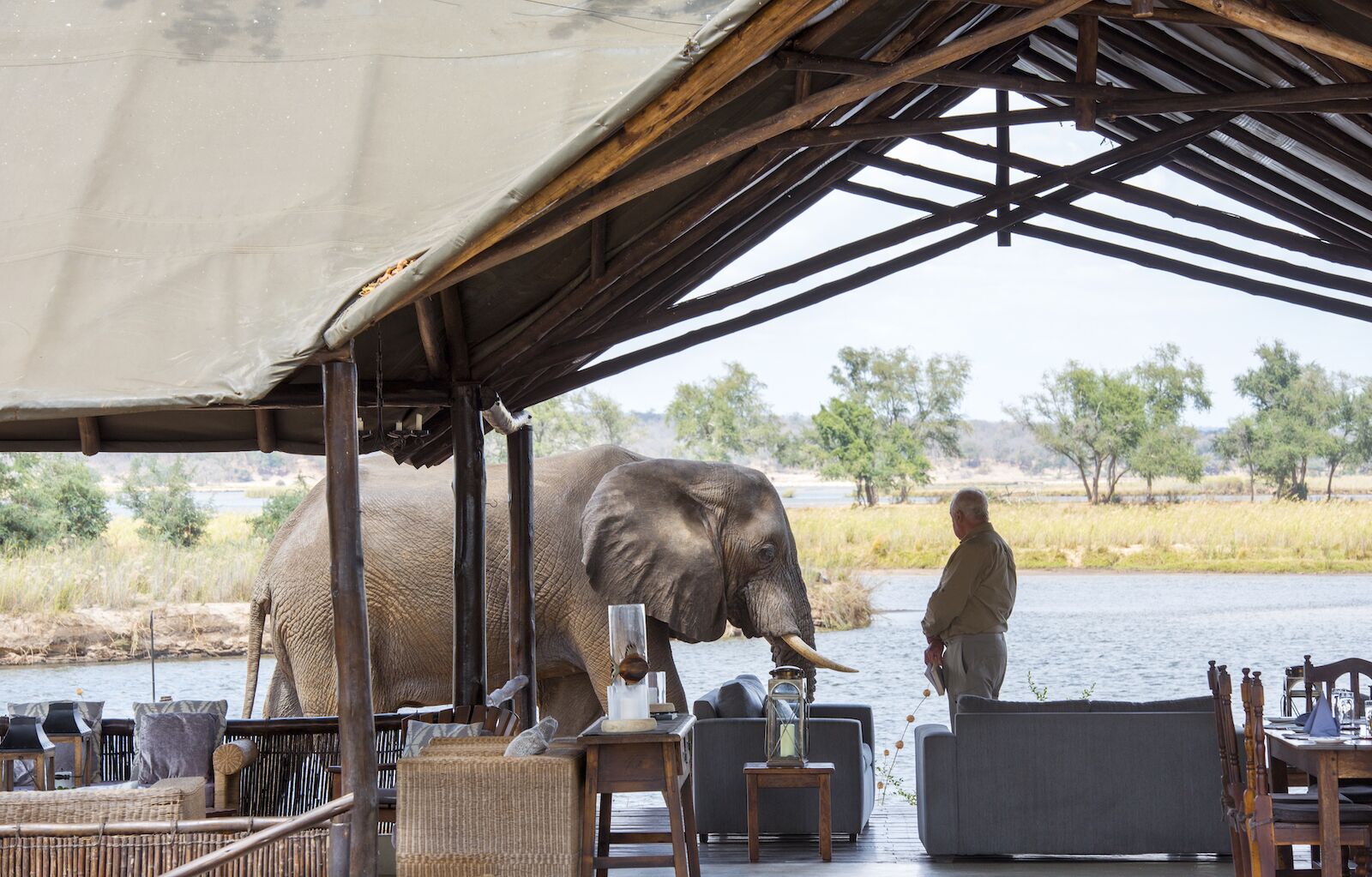 There are only five chalets at this intimate camp built along the banks of the Zambezi River, so you won’t run into many other guests. But the chance of encountering the camp’s resident trespassers, especially elephants, is pretty dang near 99 percent. If you time it just right, you can do your business on Old Mondoro’s famous “loo with a view” and watch an entire herd of elephants cross the crocodile-infested river. Rates start around $1,100 per person, per night. 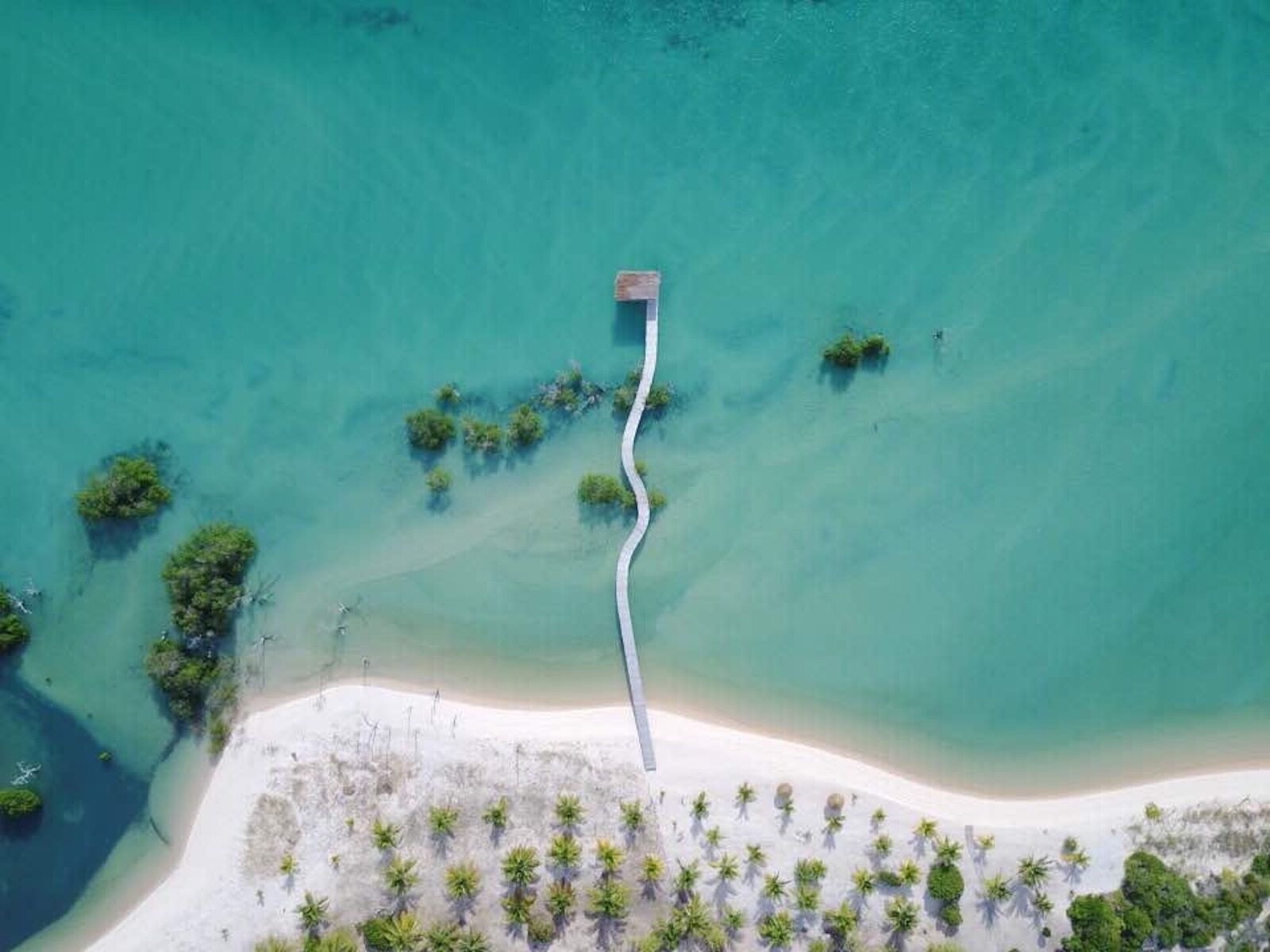 The lagoon that Sussurro fronts is a popular breeding ground for the elusive dugong, an African manatee that’s the least studied manatee in the world. Guests at this design-forward boutique hotel can also spot dolphins and sea turtles from the property’s open-air yoga deck. There’s also excellent bird watching if you venture into the nearby mangroves. Rates start at $686 per person, per night. 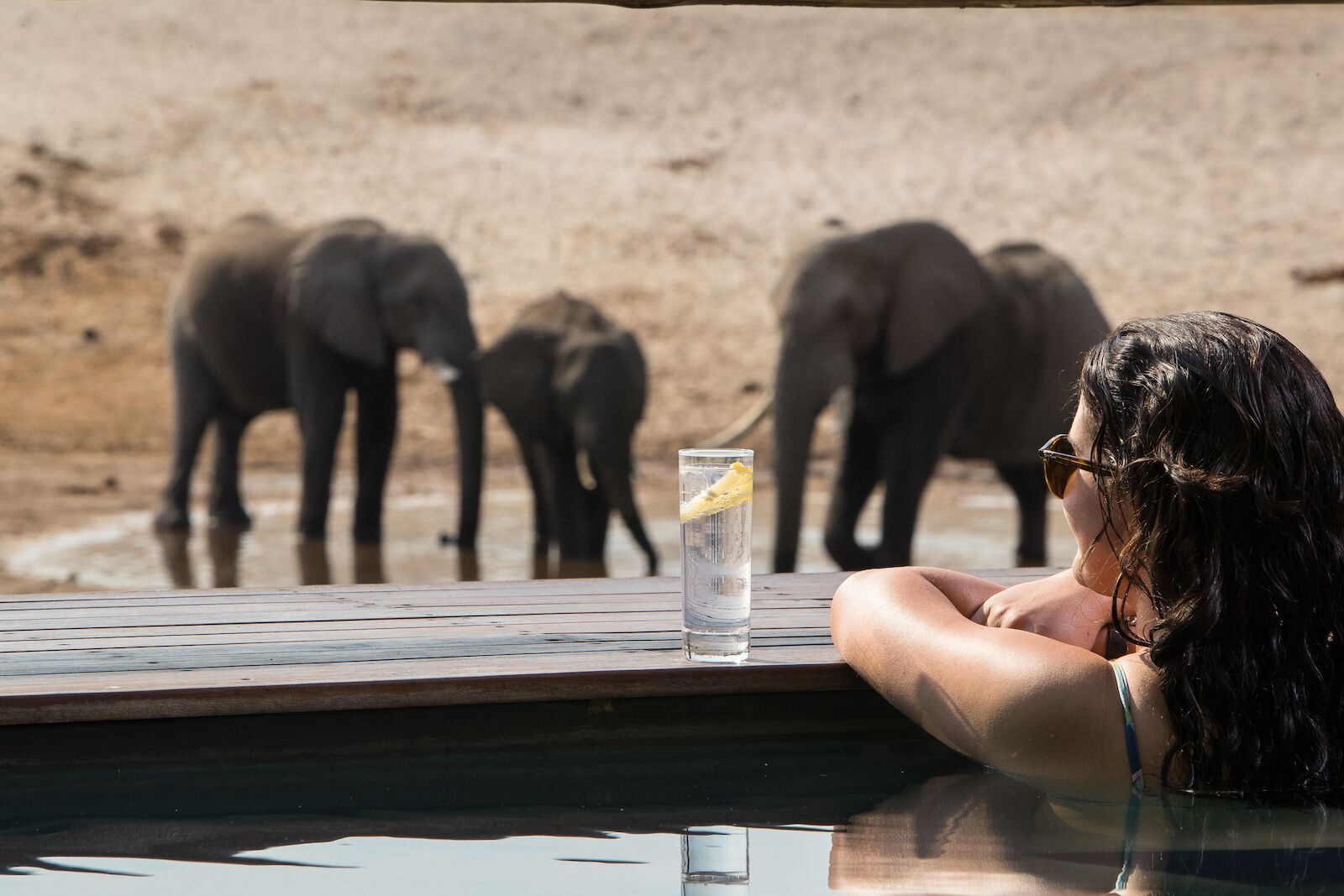 This luxury safari lodge in Chobe National Park, the country’s first national park, is elephant central. Thanks to the watering hole in front of the lodge, guests can watch the world’s largest land mammals, African elephants, from the comfort of the deck, pool, and dining area. The lodge is run by Desert & Delta, the safari company behind Africa’s first all-female guiding team. Rates start at $615 per person, per night. 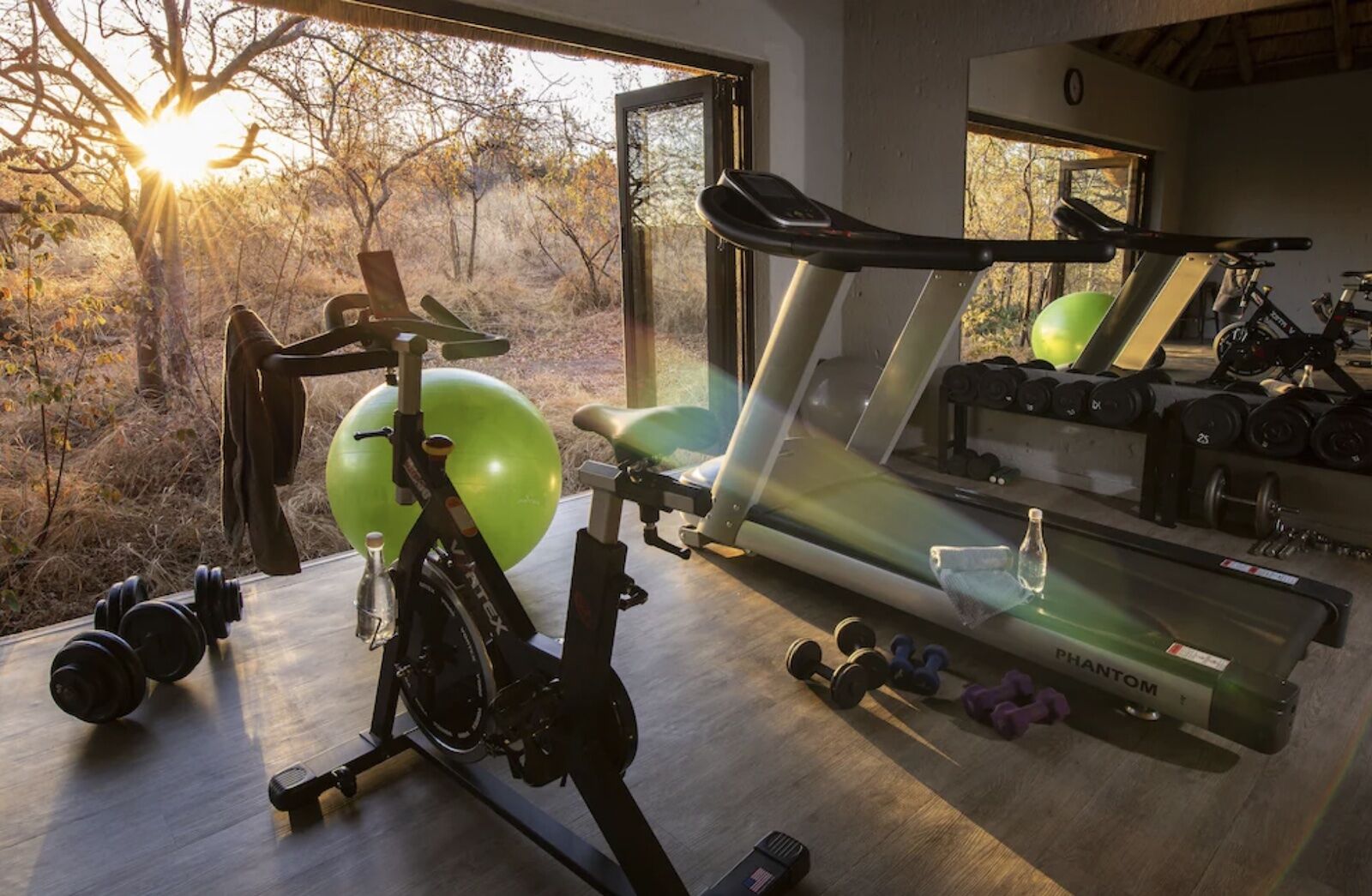 The exercise machines in the fitness center at Pondoro Game Lodge don’t have TVs. But they don’t need them. While running on the treadmill or taking a spin on the bike, guests can be entertained by baboons and bushbuck foraging in front of the floor-to-ceiling glass doors. Elephants, giraffes, waterbuck and monkeys are also regularly seen from camp. Rates start around $700 per night.

The Resort at Paws Up in Montana 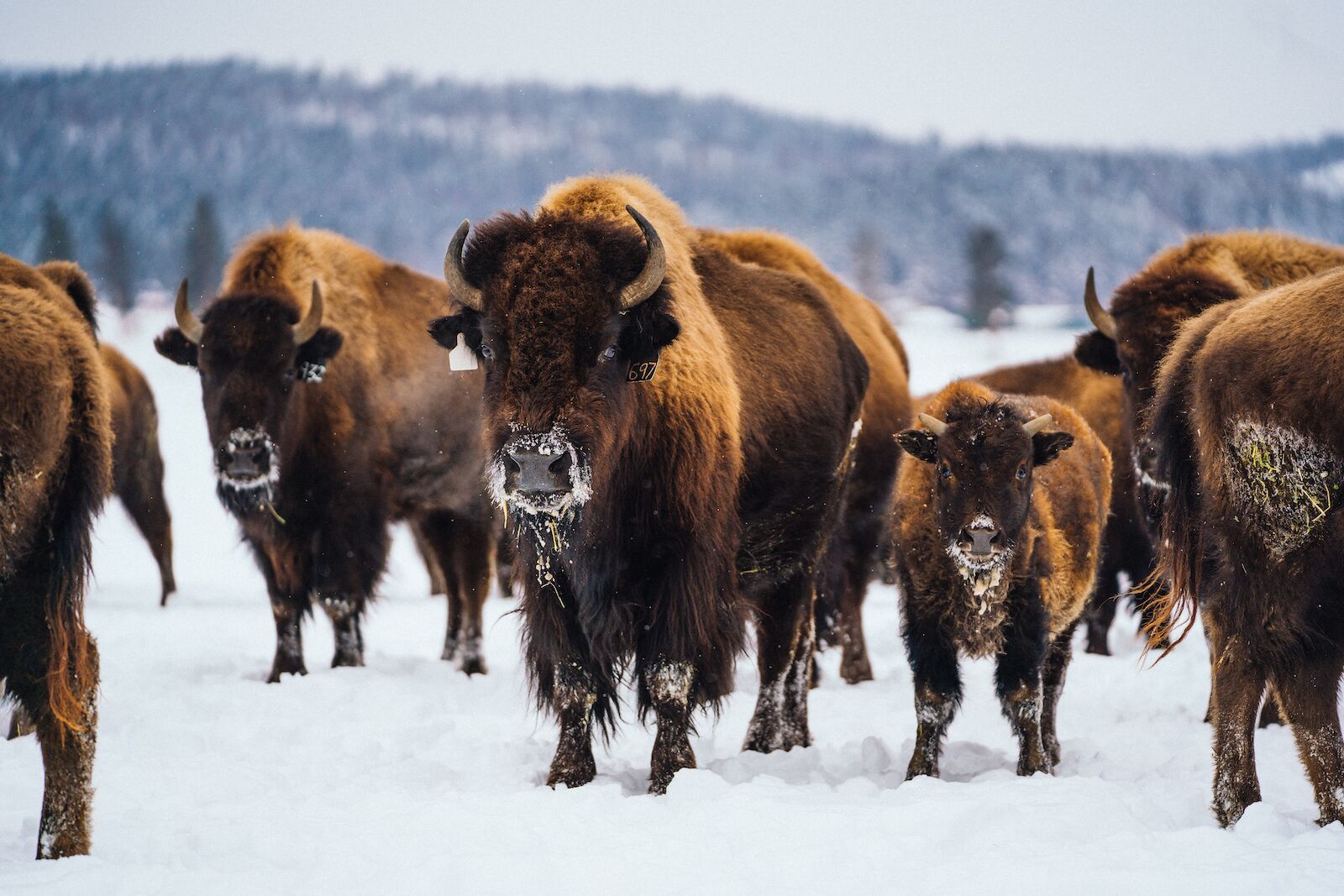 Photo: The Resort at Paws Up / Stuart Thurlkill

At 37,000 acres, The Resort at Paws Up in western Montana is so massive it markets itself as a private national park. Guests at this five-star ranch-meets-resort located south of Glacier National Park regularly see elk and deer, and see occasionally bears, too. Guests also have almost a 100 percent chance of seeing the property’s resident herd of 200 bison. Rates start around $1,600 per night. 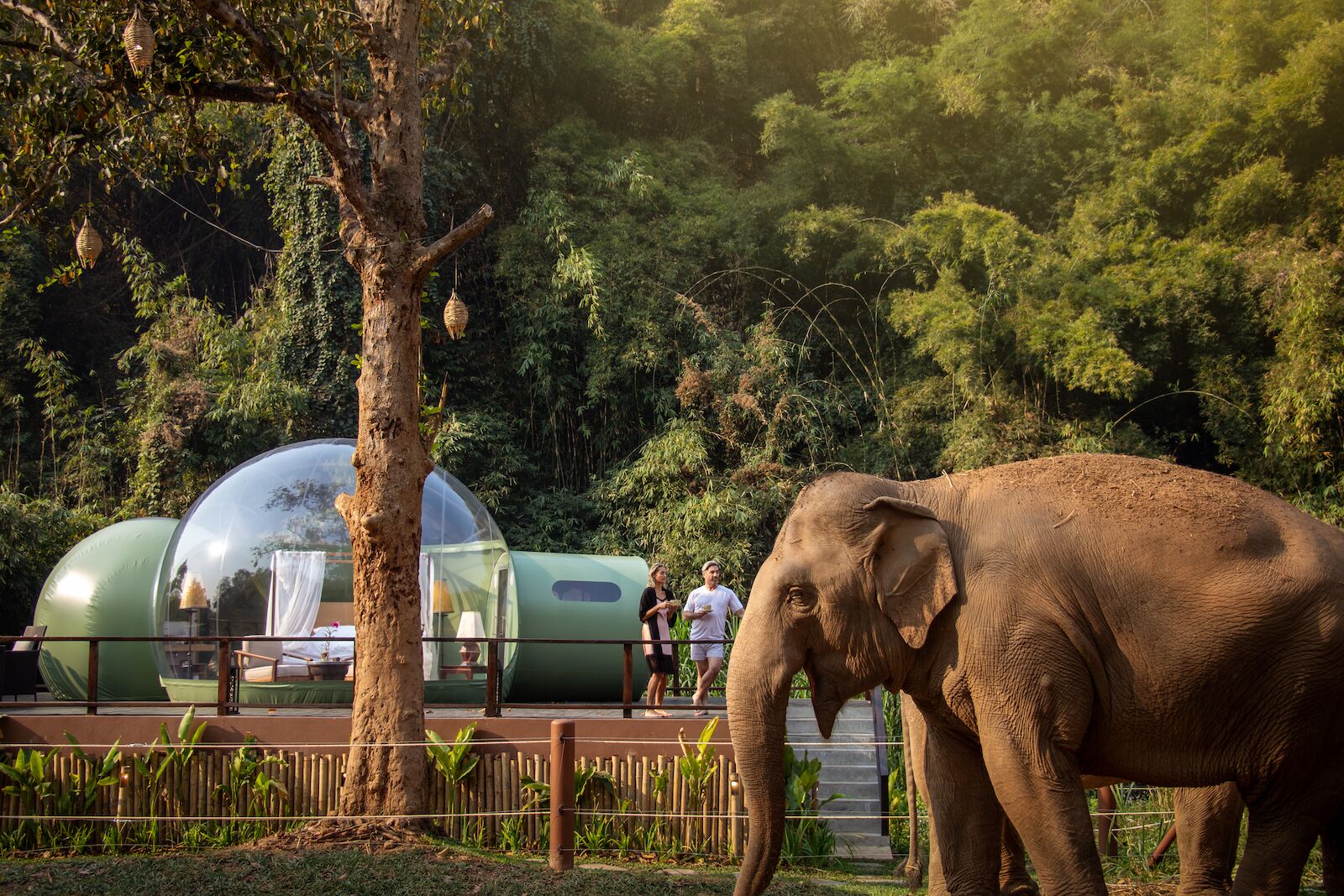 Come for the transparent-walled bubble rooms with king-sized beds, stay for the animals. At this jungle resort in northern Thailand, guests enjoy ample time spent with the property’s happy herd of free-roaming rescued elephants. In their former lives, these majestic mammals were forced to work in shows and illegal logging operations. If you fall in love with one, but you can sponsor it Rates start at $1,140 per night for up to four guests. 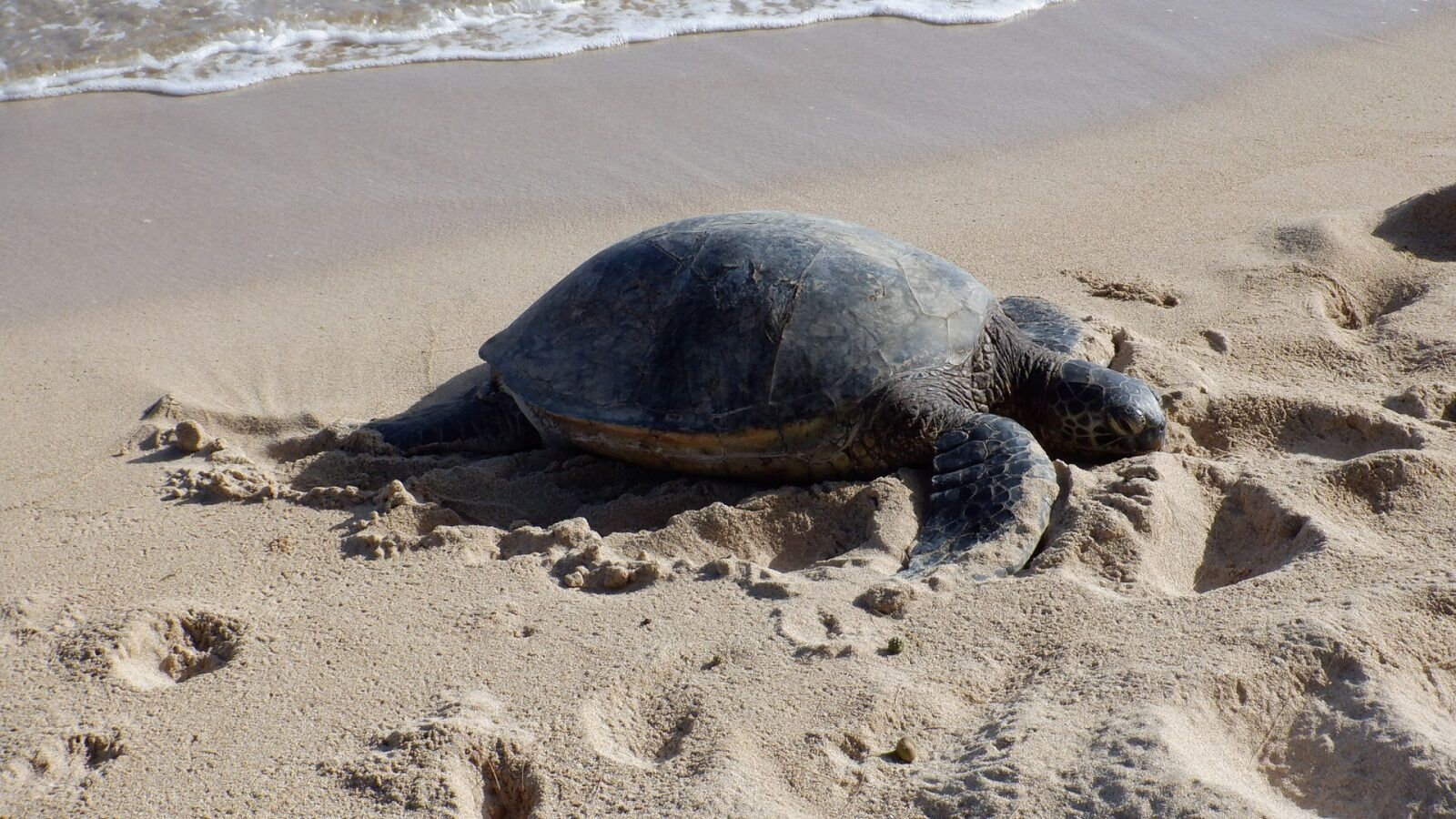 “World class” best describes the wildlife viewing at this family-friendly resort on the island of Oahu. Here, guests can see curious turtles, sunbathing seals, and breaching whales year-round. Turtle Bay Resort is a National Oceanic and Atmospheric Administration partner, so guests visiting during peak humpback whale season can volunteer to help count the massive mammals. Rates start at $688 per night. 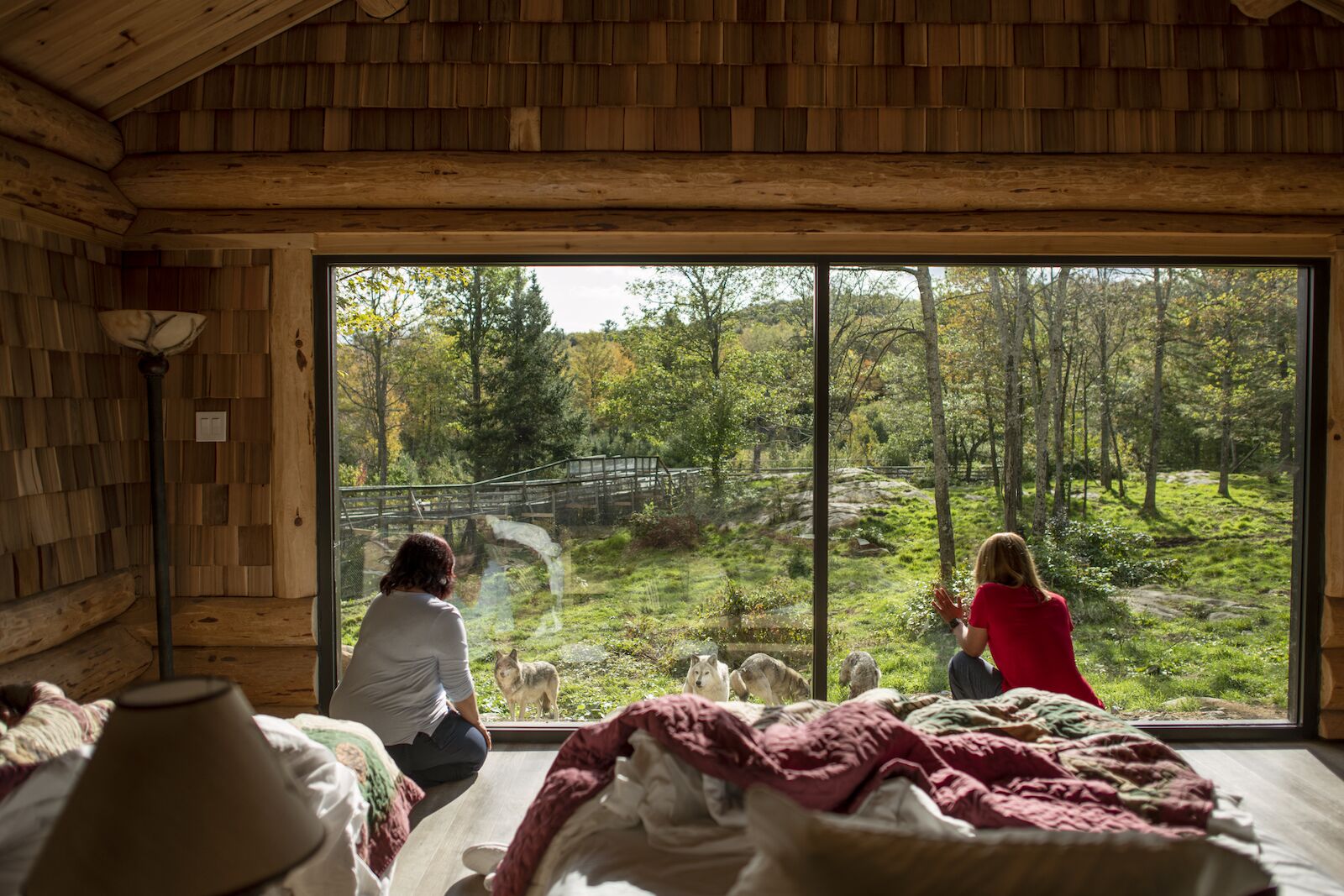 The aptly named wolf cabins at Parc Omega offer some of the world’s best wolf-watching, all from the comfort of a deluxe log cabin’s bay windows. Parc Omega bills itself as a large preservation of natural spaces where wild animals — including gray wolves, black wolves, and arctic wolves — cohabitate in their natural environments. Rates start at $415 per night. 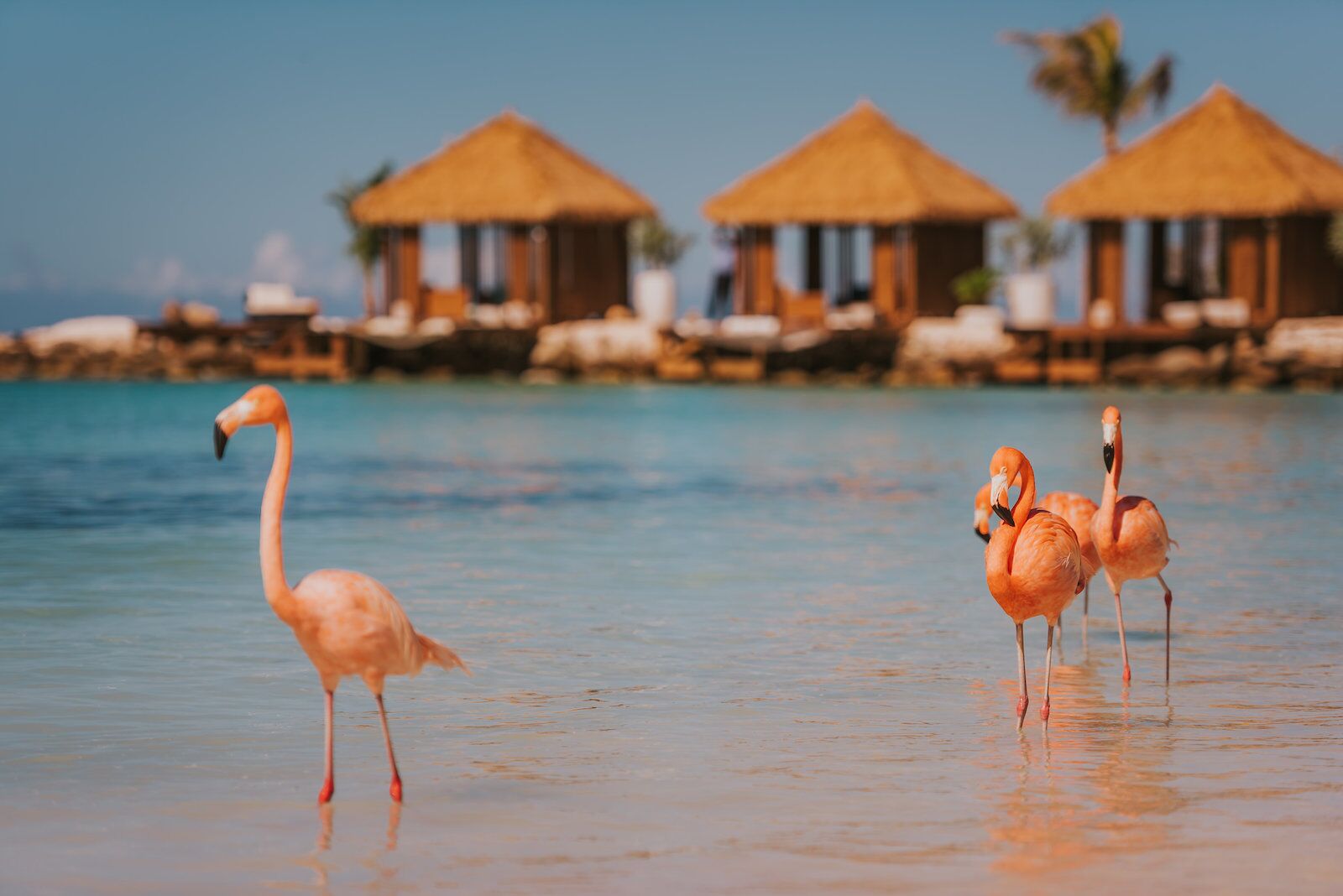 You may not be allowed to feed the bears in Yellowstone, but you are allowed to feed the wild flamingos living at Renaissance Wind Creek Aruba Resort. These pretty pink birds are year-round island residents that enjoy posing for photos and drinking out of the resort’s freshwater pools. Staff members are trained on how to protect them and keep them wild despite their penchant for being hand fed. Rates start at $273 per night. 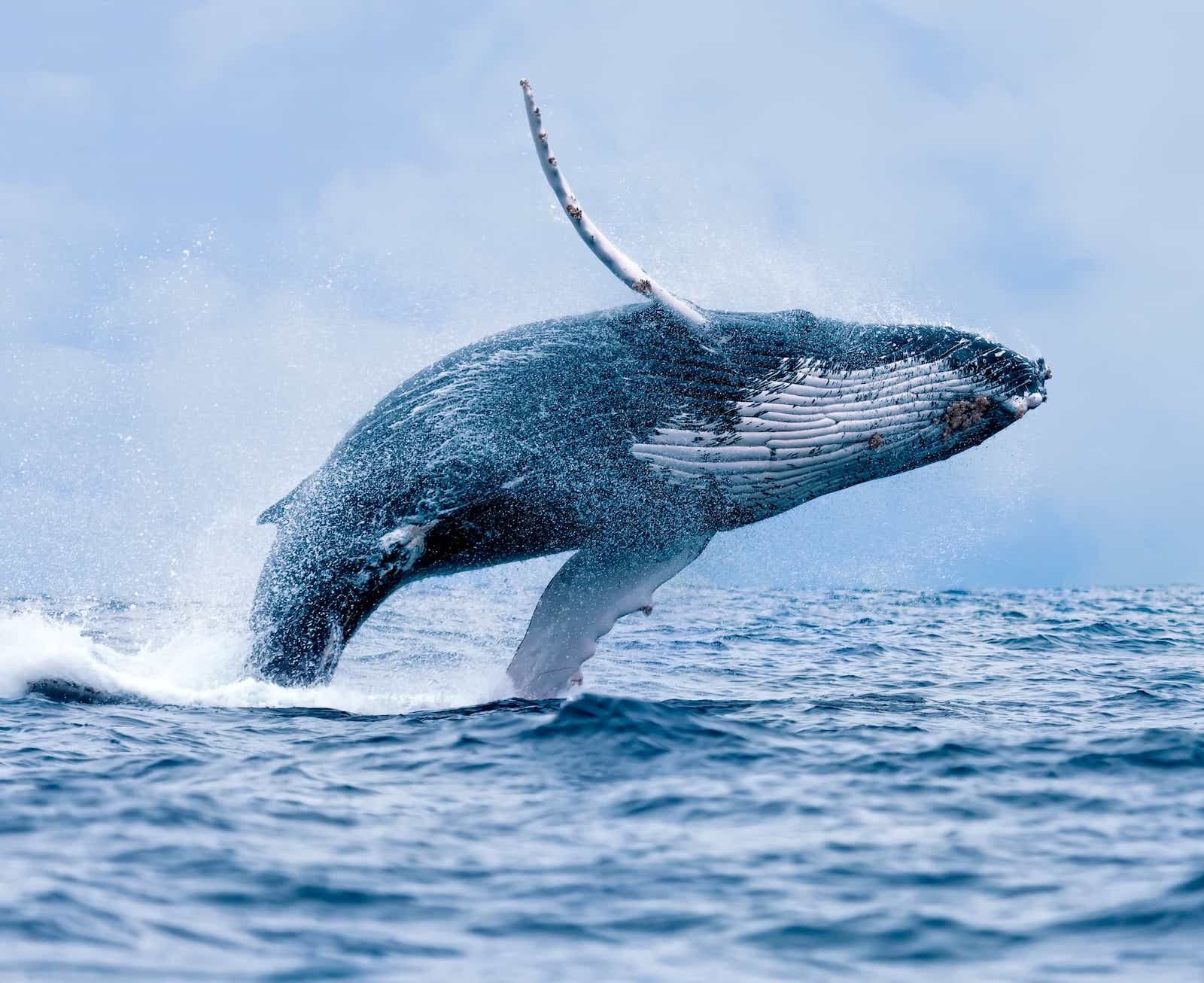 One perk of staying at this adults-only all-inclusive waterfront resort in Punta Mita is the chance to see (often, from your own balcony) humpback whales who inhabit nearby Banderas Bay. They come by the hundreds, and if your goal is to observe their entertaining courtship rituals – males will knock heads and slap their tails to get a female’s attention – visit between December and March. Rates start at $250 per person per night. 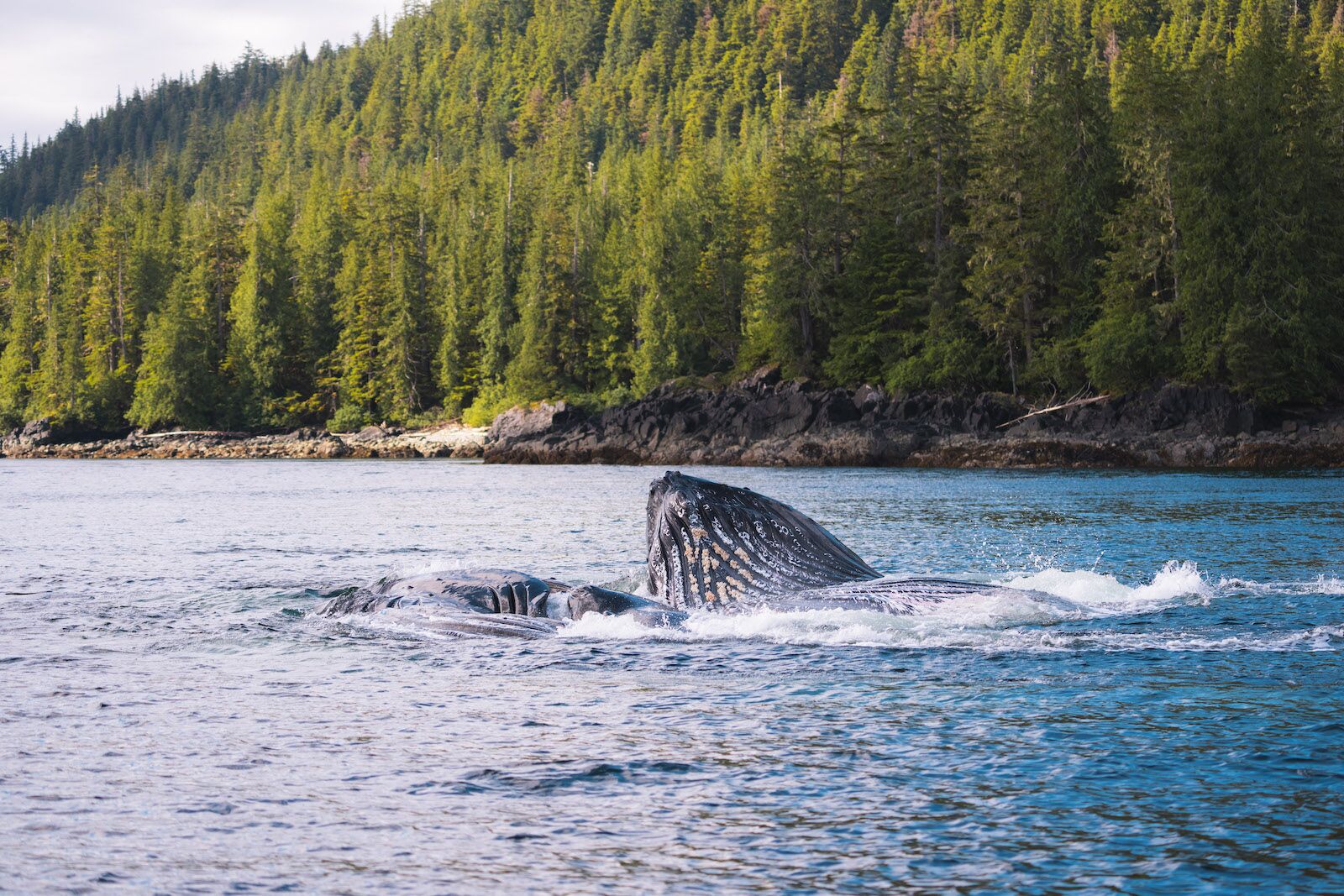 It’s not uncommon to see whales – both humpbacks and orcas – from the restaurant and deck at Salmon Falls Resort. The property is situated at the southernmost entrance to Alaska’s legendary Inside Passage, and the nearest town, Ketchikan, is considered the “Salmon Capital of the World.” In other words, the fishing is out of this world. Visit between May and September for the best whale watching and salmon-catching. Rates start at $400 per night. 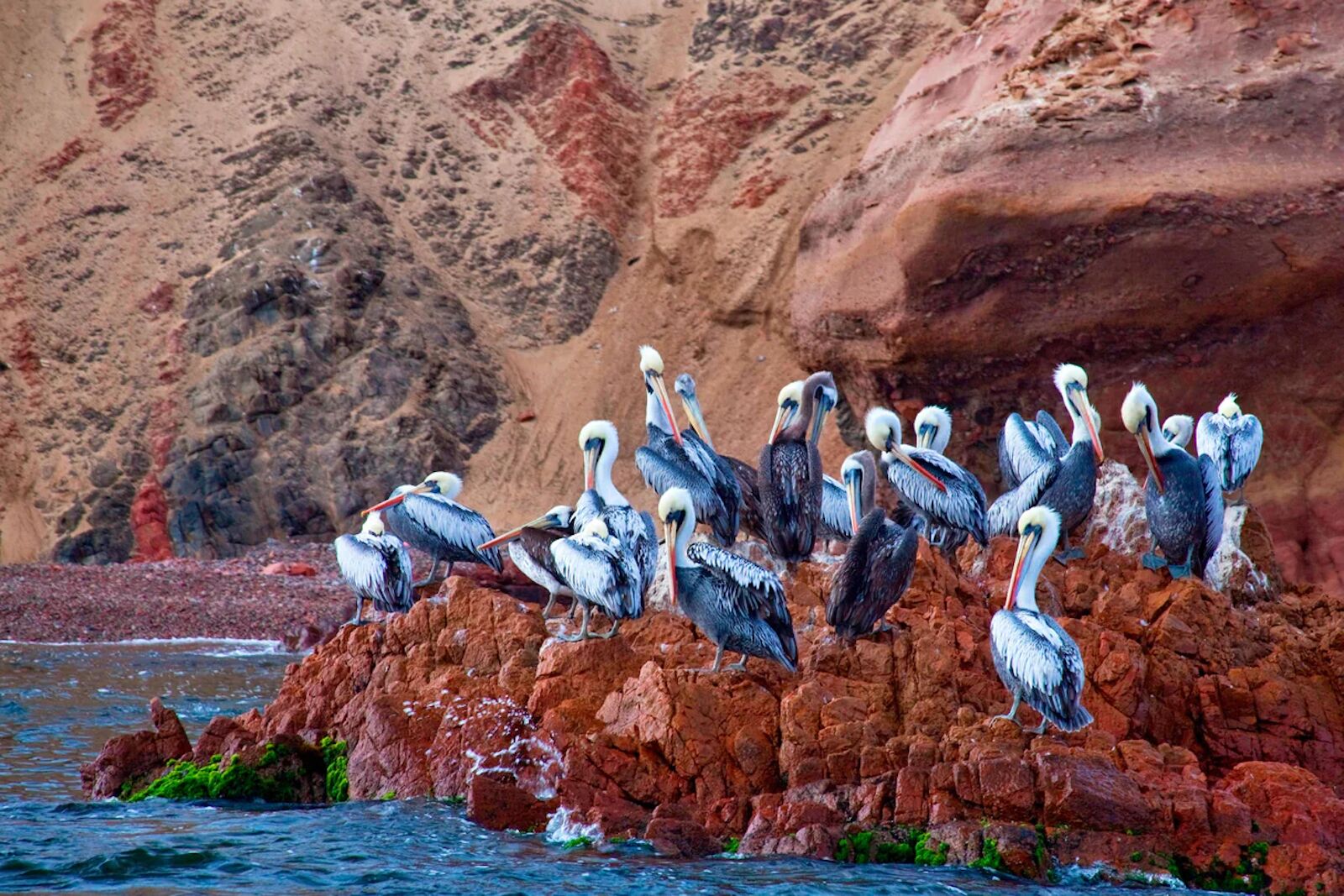 This five-star Pacific-front property in central Peru is just a two-hour drive from the bustling city of Lima, but it feels a world away — especially if you’re into wildlife. While you can see plenty of tropical and subtropical birds from the pool, the highlight for many guests is taking the short boat ride to the nearby Islas Ballestas. Basically a junior varsity version of the Galapagos, these islets boast everything from Peruvian boobies to Humboldt penguins. Rates start at $200 per night.

Outdoor8 Insanely Cool Safaris You Can Do Over a Long Weekend
Tagged
Epic Stays Wildlife
What did you think of this story?
Meh
Good
Awesome