Going on a safari is the top item on many a person’s travel bucket list. Safaris offer a rare chance to see endangered animals you’d never be able to see otherwise (in the wild, at least). But it’s also because the once-in-a-lifetime adventure typically takes up loads of both time and money – it’s not something you can do every year. But if you can afford the flights (and somehow stave off jet lag) you can do a safari in a long weekend.

Don’t believe it? Whether you’re crossing a savanna or trekking through the Amazon, you can board a plane Thursday, safari all weekend, and often be back in your own bed by Monday night. Here are eight weekend safaris around the world you can do in only a few days. 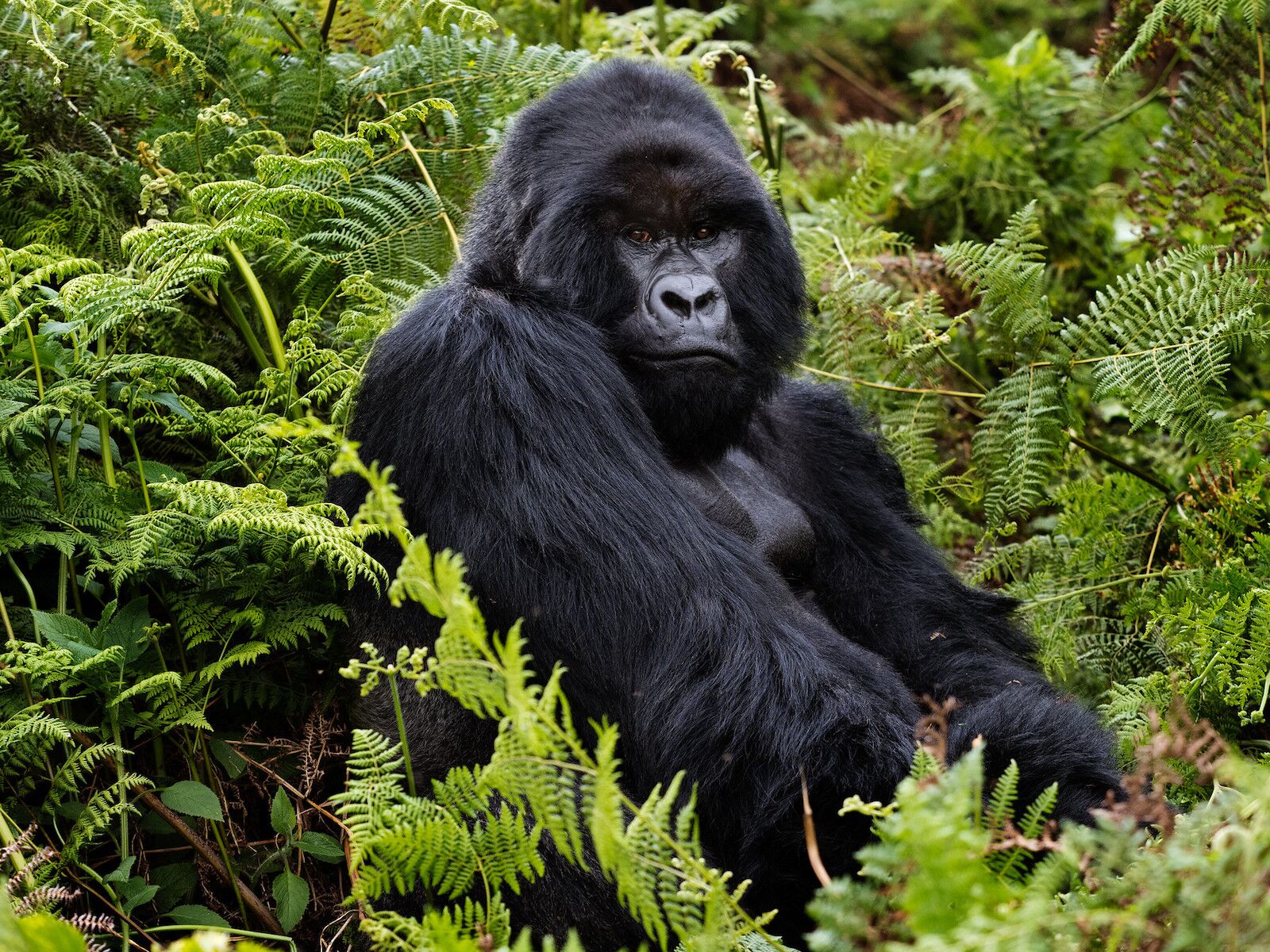 This 72-hour whirlwind weekend safari has you arriving in the Rwandan capital of Kigali on night one, where you’ll spend the night in Flame Tree Village. Rwandan history and culture are the themes on the second day as you explore the city and learn about its pre-colonial and colonial times, as well as the tragic and tumultuous 1990s. This includes a trip to the harrowing genocide memorial, after which you’ll visit the renewed and thriving Kigali of today.

The third day begins bright and early, leaving for Volcanoes National Park at 6:30 in the morning. Once there, the park staff will assess your physical fitness and assign you a family of gorillas to visit. The rest of the morning and afternoon is a trek into the Virunga Mountains, where you’ll spend an hour or so with a family of gorillas. After the trek, it’s off to the Kigali airport, and back to real life.

2. Three-Day Peruvian trek to Monkey Island and the Lost Lagoon 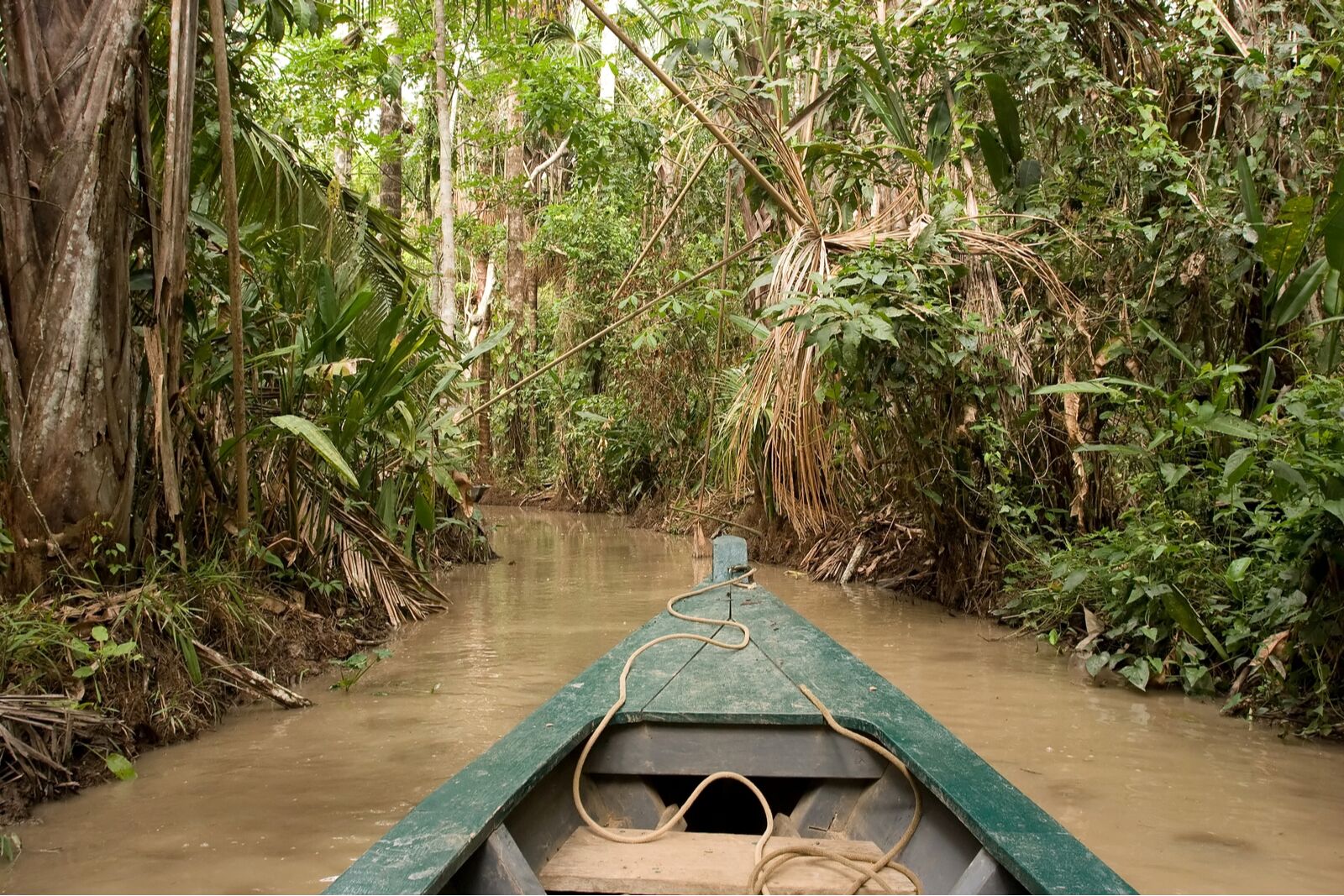 After overnighting in Cusco, your first day of this Peruvian adventure begins with a short flight to Puerto Maldonado, where you’ll hop on a boat down the Madre de Dios River. The three-hour tour concludes at a wilderness lodge, where you’ll eat lunch before boarding another boat to Monkey Island. There, you’ll spend the afternoon hiking through monkey habitat, on the hunt for black spider monkeys, squirrel monkeys, and capuchin monkeys, plus tamarins and coatis.

Things get a little more active on day two, where you’ll start with a four-hour jungle trek to the Lost Lagoon. Along the way, you’ll encounter giant river otters, alligators, turtles, and all varieties of tropical birds. You’ll stop at a watchtower and ascend a spiral staircase to a viewing deck in the treetops looking out across the Amazon. After that, hop in a canoe and paddle around the Lost Lagoon, watching as alligators and turtles swim past.

After lunch — yes, that’s all before lunch — you’ll have the choice to go down river and visit a local family or recover in the lodge. On day three, it’s boats then small planes then bigger planes as you make the final trek home. 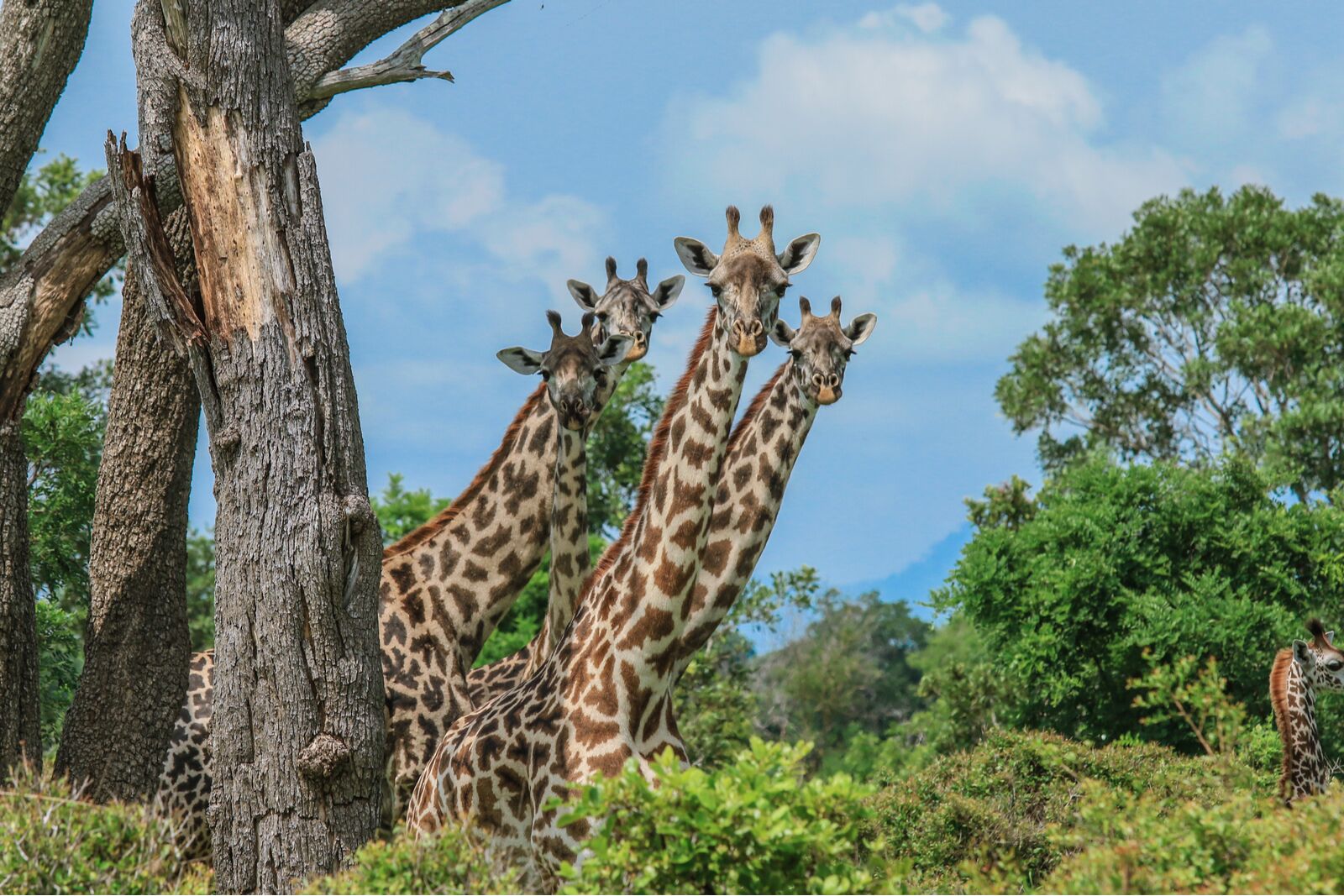 Talk about an action-packed weekend. This weekend safari tour de force kicks off at the ungodly hour of 5 AM in Dar Es Salaam, Tanzania. You won’t even stop for breakfast until two and a half hours into the drive, when you reach the town of Morogoro. From there, it’s an hour-ish more to Mikumi National Park, where you hit the ground running on your first of three game drives. After a brief lunch stop, it’s on for more game driving, trying to spot leopards, giraffes, lions, and other African favorites.

After a short night at the Mikumi Tourist Cottage, it’s time for – you guessed it – another game drive. You’ll spend the morning with all your favorite African animals, then take a short breakfast break and keep driving until around 11 AM. That’s when your driver picks you up and takes you back to Morogoro for lunch, then to the Dar es Salaam airport. By the time your plane takes off, you won’t be quite sure any of it really happened. 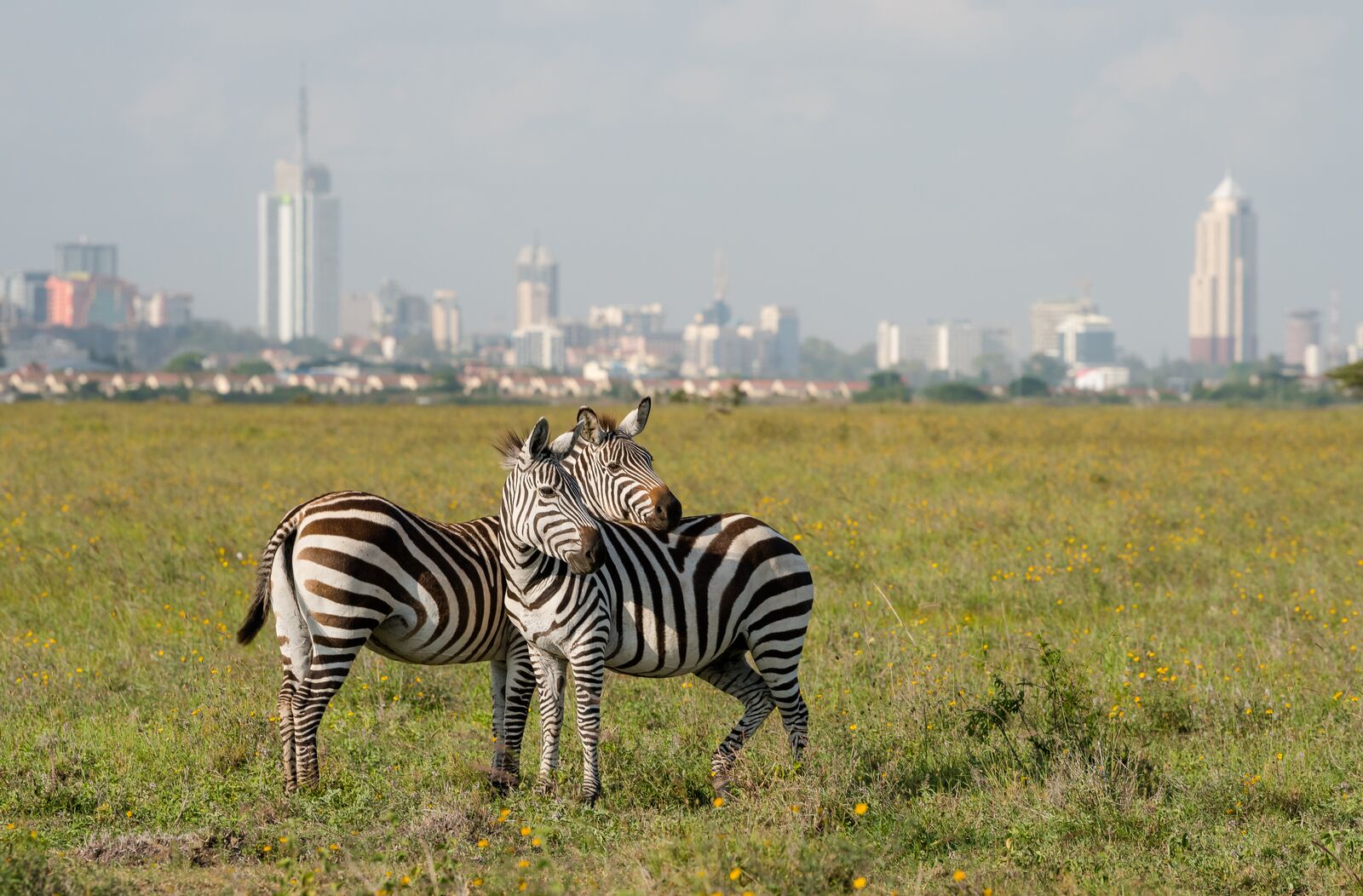 If you don’t mind your wild animal encounters with a backdrop of the city skyline, you won’t find a more convenient safari than the ones in Nairobi National Park. The park sits just half an hour by car from the Nairobi airport, and is almost walkable from downtown. Imagine Central Park with lions instead of hot dog vendors, and you’re getting the idea.

Half- and full-day safari trips abound in Nairobi National Park, where you can grab a guide and spend the afternoon observing elephants, rhinos, and giraffes. The park offers a little more than your typical wild reserve, including an educational center and even an elephant orphanage. 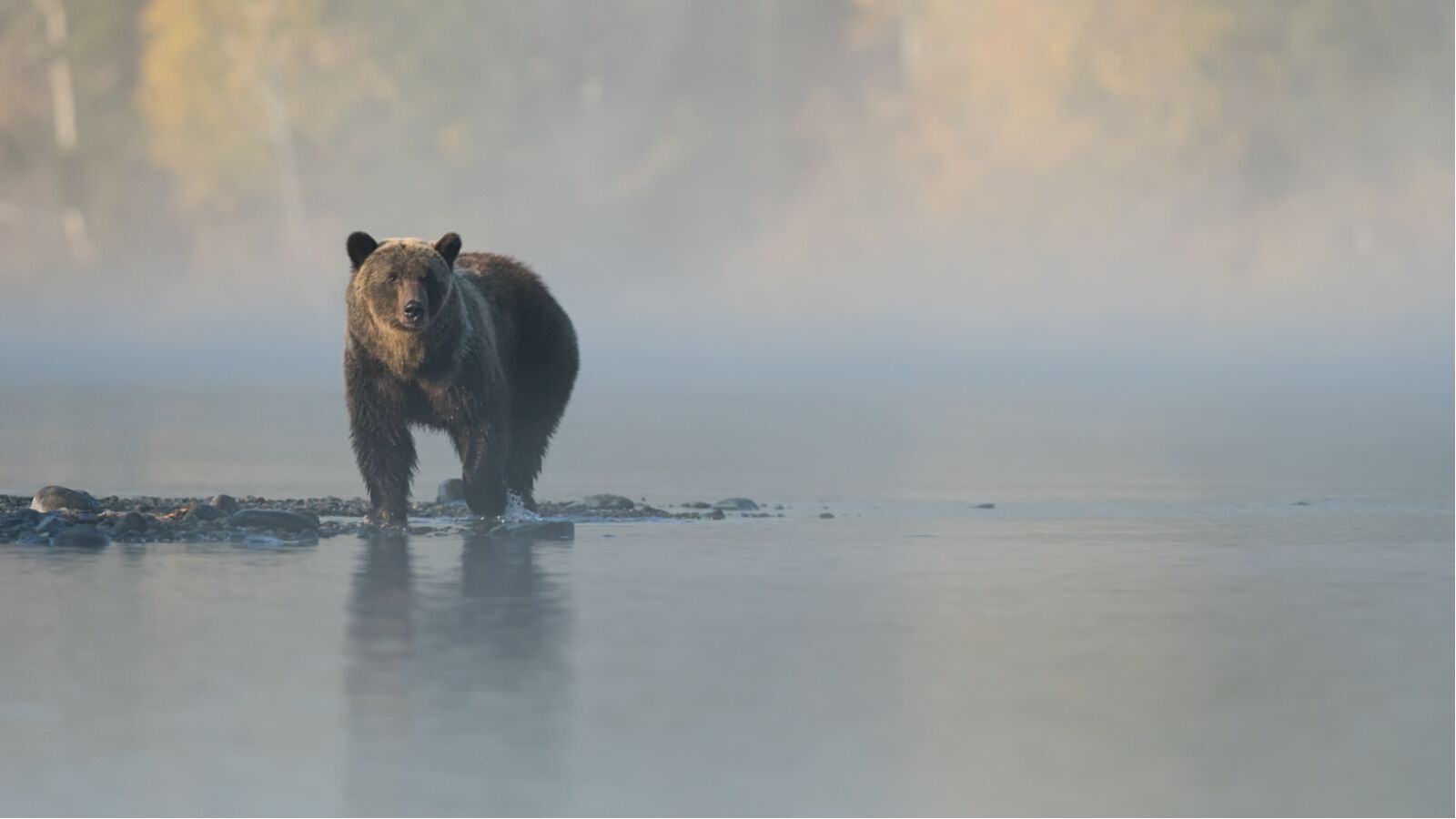 You don’t even need to leave North America for a long weekend safari and a chance to get up close with massive wild animals. While Manitoba’s famous polar bear expeditions are rarely less than seven-day affairs, you can still get out into the Canadian wilderness for the weekend and try your hand at spotting wild grizzlies. Chilcotin Ranch in the Chilcotin Mountains, about five hours north of Vancouver, takes guests on horseback treks through the wilderness. While riding, you’ll spot Canadian moose and bighorn sheep, and there’s also a good chance of seeing grizzly bears in their natural habitat.

You’ll be staying on a working mountain ranch and will have the option to take snowmobiles and 4x4s out on your own if you feel like exploring without a guide. All meals are included, as are your guide and the horseback safaris. The ranch offers an optional van service from the Vancouver Airport or you can rent a car and enjoy the scenic drive up. While the animals are the main attraction, the journey is equally as stunning as the destination. 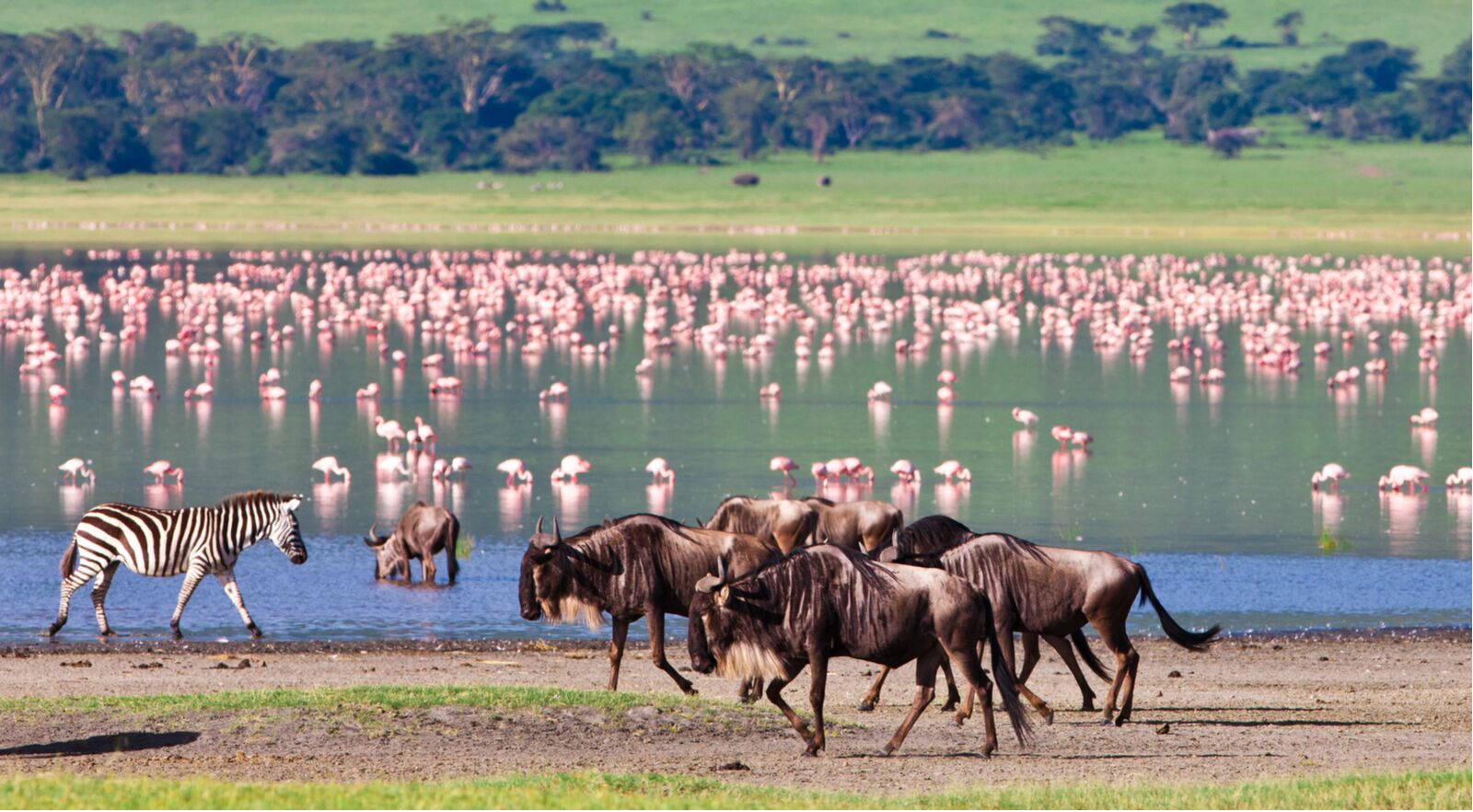 Some might say encountering wild animals isn’t a time to go “budget.” But if you’re trying to be a low-cost Livingstone, this safari is a great option. After a night in Arusha, Tanzania, you’ll begin a long drive to the Ngorongoro Crater, passing through the vast savannas of Serengeti National Park. On the way, you’ll spend the night experiencing what’s described as “budget camping.”

Day two is effectively an all-day game drive through the Serengeti, rolling past cheetahs, lions, leopards, and zebras. Ultimately, you’ll reach the Ngorongoro Crater, a vast caldera in the plains. Then it’s another budget camping overnight before driving down into the crater, which happens to be the largest unbroken caldera in the world. After an action-packed game drive through the park, where spotting the “big five” in only a few hours isn’t unusual, you’ll head back to Arusha just before sunset. Then it’s time to catch a 16-hour economy class flight home. 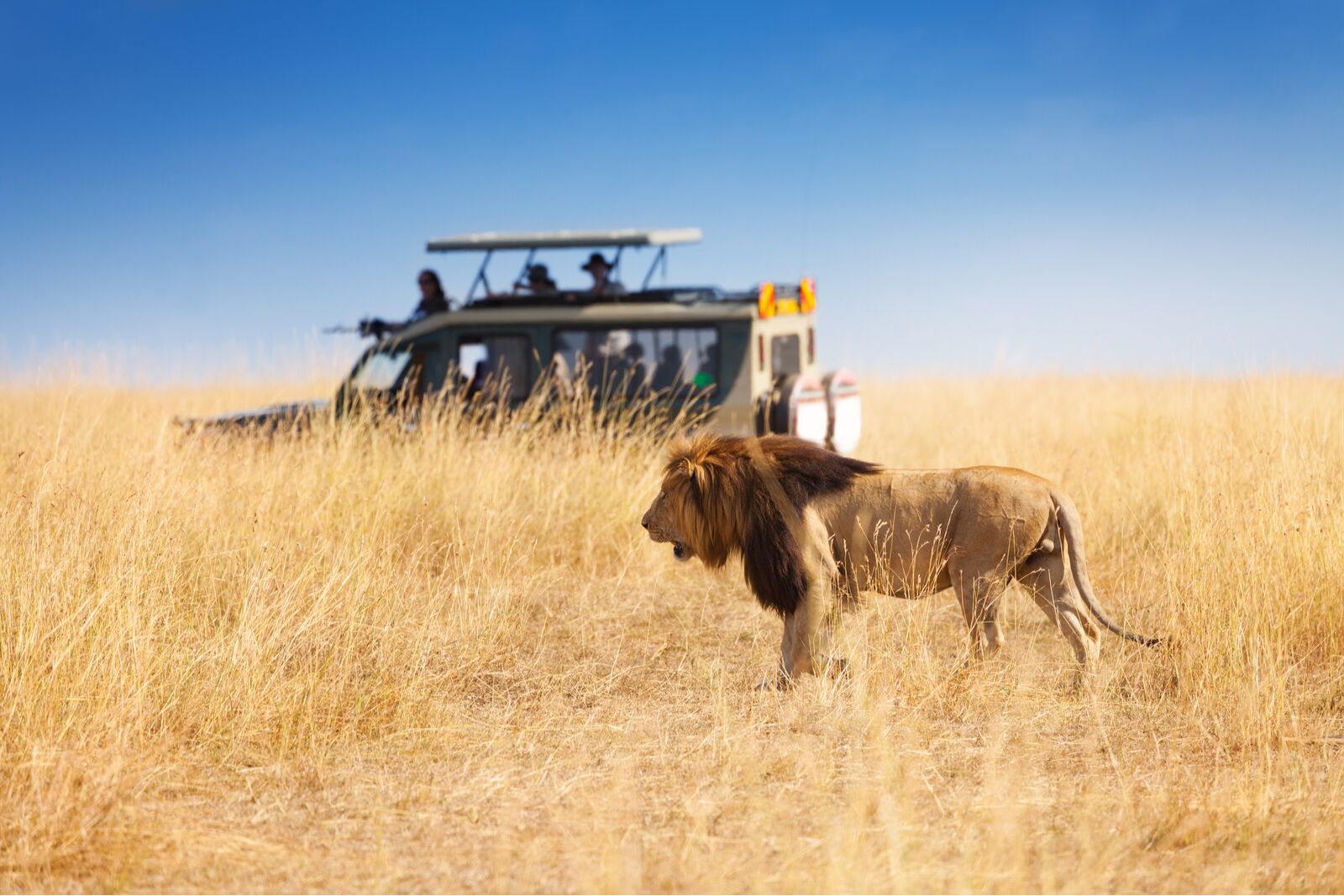 Acrophobics, scroll down, because in addition to coming extremely close to some of the fiercest animals on the planet, this weekend safari also takes you hundreds of feet into the air. The trip begins with an early morning pickup and a stop to marvel at the Great Rift Valley Escarpment. Once you’ve taken it in, it’s off to Narok Town for lunch, then to your tent accommodations at Miti Mingi Eco Camp. The nearby Oloolaimutia River is a popular watering hole for wild animals, so if you get up in the middle of the night to use the river and find yourself sharing space with a water buffalo, don’t be surprised.

Day two is an all-day game drive, and if you happen to come during the great wildebeest migration, you’re in for a full day of thundering herds. Even if you don’t, you’ll still be treated to plenty of elephants, crocodiles, and hippos. After another night at the Miti Mingi camp, you’ll enjoy a pre-dawn game drive, when lions and other big cats are hunting and at their most active. Or you can opt to jump in a hot air balloon and do your wildlife spotting from a thousand feet up. You’ll head back between 8:30 and 9:00 AM, effectively doing more before breakfast than you ever thought possible. 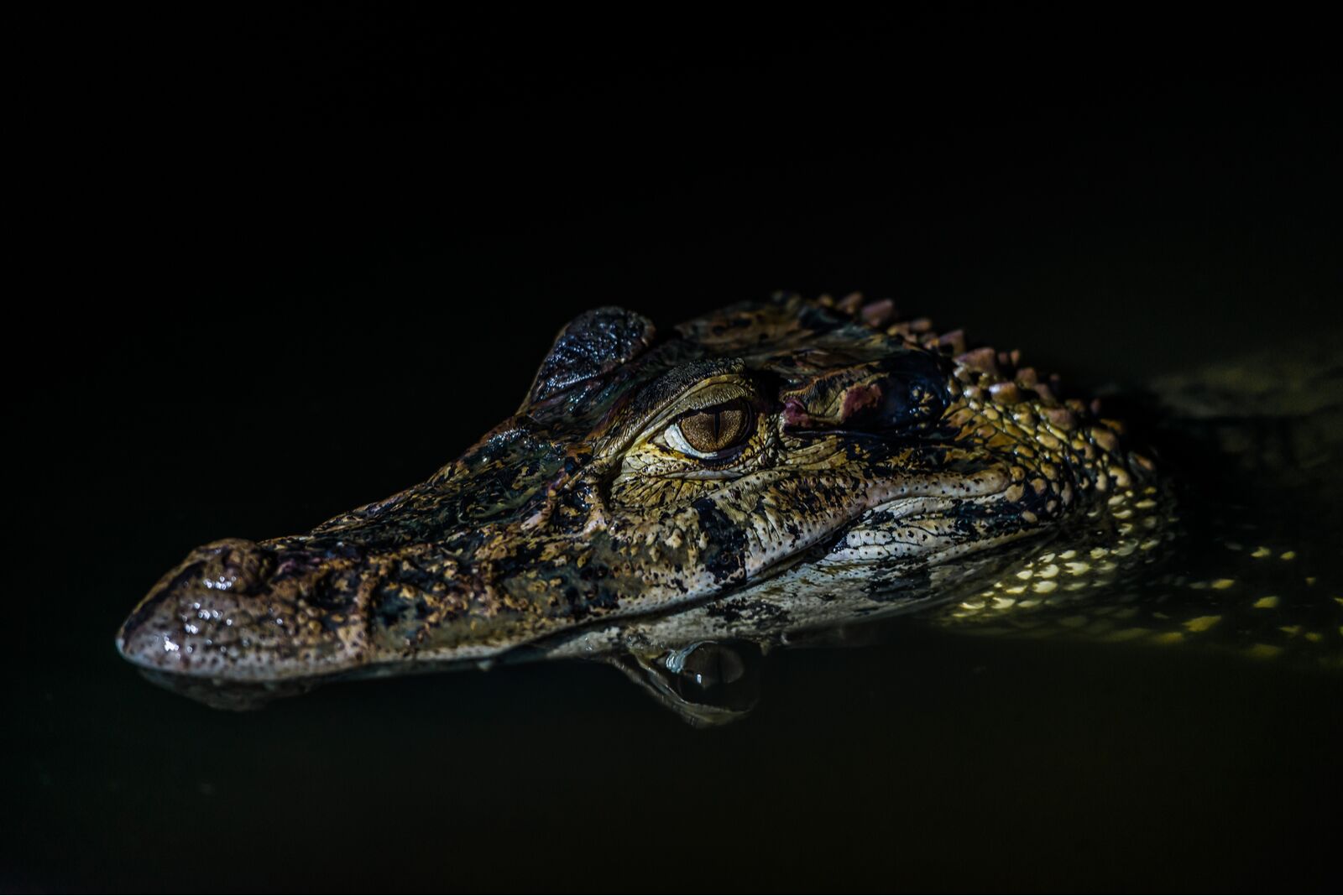 This educational weekend safari is most certainly not glamping. The three-day stay in the Amazon will have you roughing it with monkeys and caimans. The hard-core trip kicks off with some good old-fashioned adrenaline, as you scream down the Rio Negro near Manaus, Brazil. You’ll arrive at a floating village, and spend some time with a giant Arapaima gigas. It’s the largest scaled fish n the work scaled fish in the world and can be longer than six feet. After meeting your first terrifying Amazon creature, you’ll see the meeting of the waters (where the black Rio Negro meets the brown Solimoes River) and eat lunch at a lodge.

The lodge is your last taste of development as you’ll next trek into the jungle to set up base camp. The night’s activities include a dark hike through the jungle or a night cruise looking for caimans. Your first morning brings an educational hike through the Amazon where you’ll learn about medicinal plants and spiders (try to keep the monkeys from stealing your sunglasses). Afternoon offers a little piranha fishing before another night boat ride.

Your final morning includes another nature hike and a short boat trip through some back-channel rivers. True survivalists can extend the trip for up to 10 days, learning how to trap animals, find non-poisonous plants, and generally not get eaten in the jungle.

Budget TravelYou Can Probably Afford That Dream African Safari, Here Is How.
Tagged
Outdoor Wildlife
What did you think of this story?
Meh
Good
Awesome